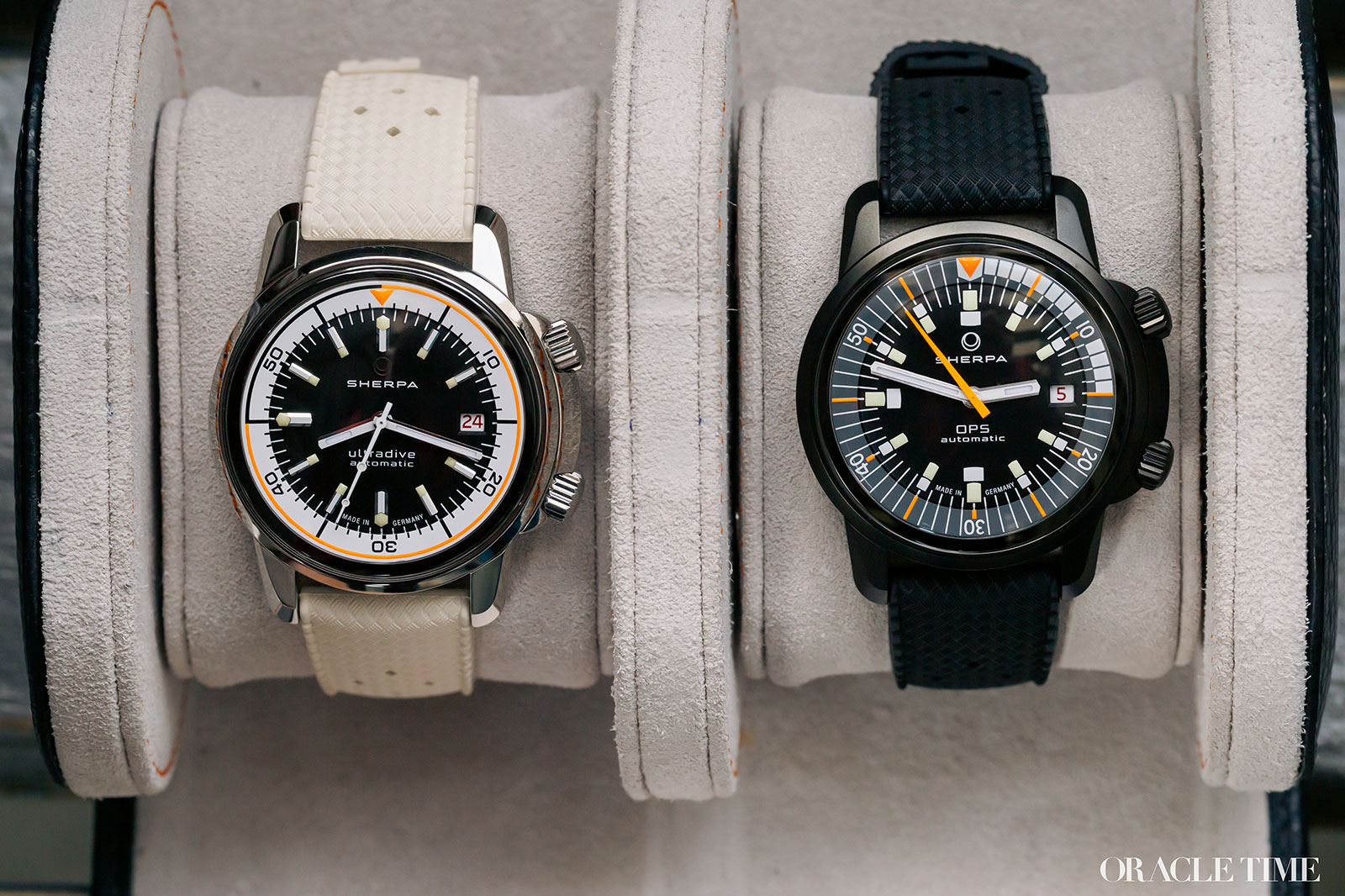 There are many names relegated to horological history that deserve to be there; there are a handful that don’t. The Sherpa OPS and Sherpa Ultradive timepieces are mechanically inspired, overdue tributes to one of the latter. A few issues back I wrote a short piece on the history of Enicar, the adventure watchmaker that really, really shouldn’t have disappeared. And before you say anything, the Enicar of today is not the same at all, even if they do try to play off the name. It’s like comparing 2015’s Point Break to the 90s classic. 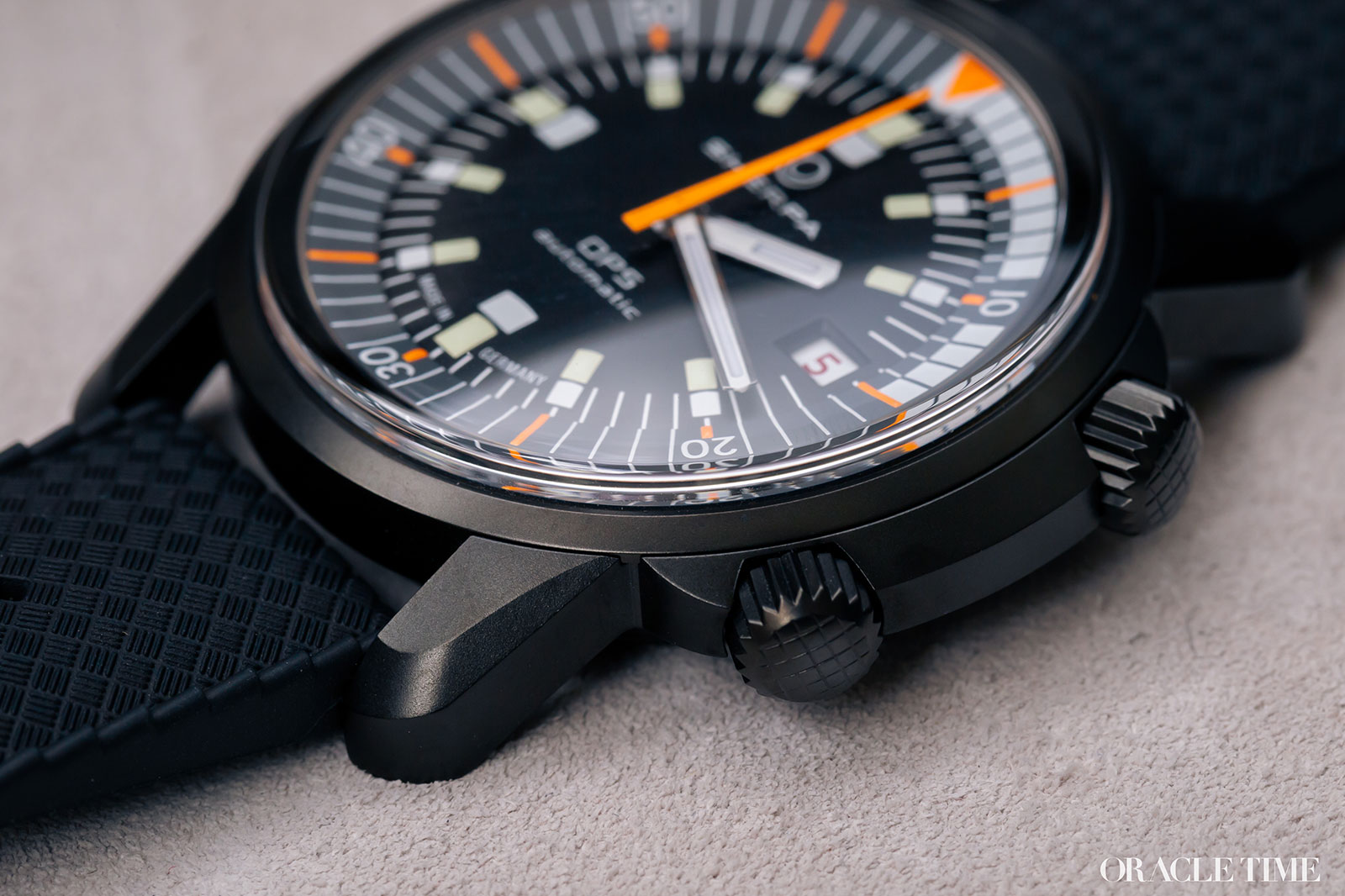 At the time I thought the story would end there with a disappointing climax I’m not going to search for a comparison with. Fortunately for Enicar fans – and indeed anyone that loves a decent retro diver – it does not. While the mothership may remain a cheap fashion watch brand, their iconic Sherpa line is now doing its own thing. Essentially, Enicar fan Marti Klocke was as frustrated as me at the current state of the brand. So, he asked them directly if he could relaunch the Sherpa – and didn’t hear back. Fortunately, through a loophole (read lapse) in trademarking, he was able to pick up the Sherpa name and launch his debut pair of timepieces. 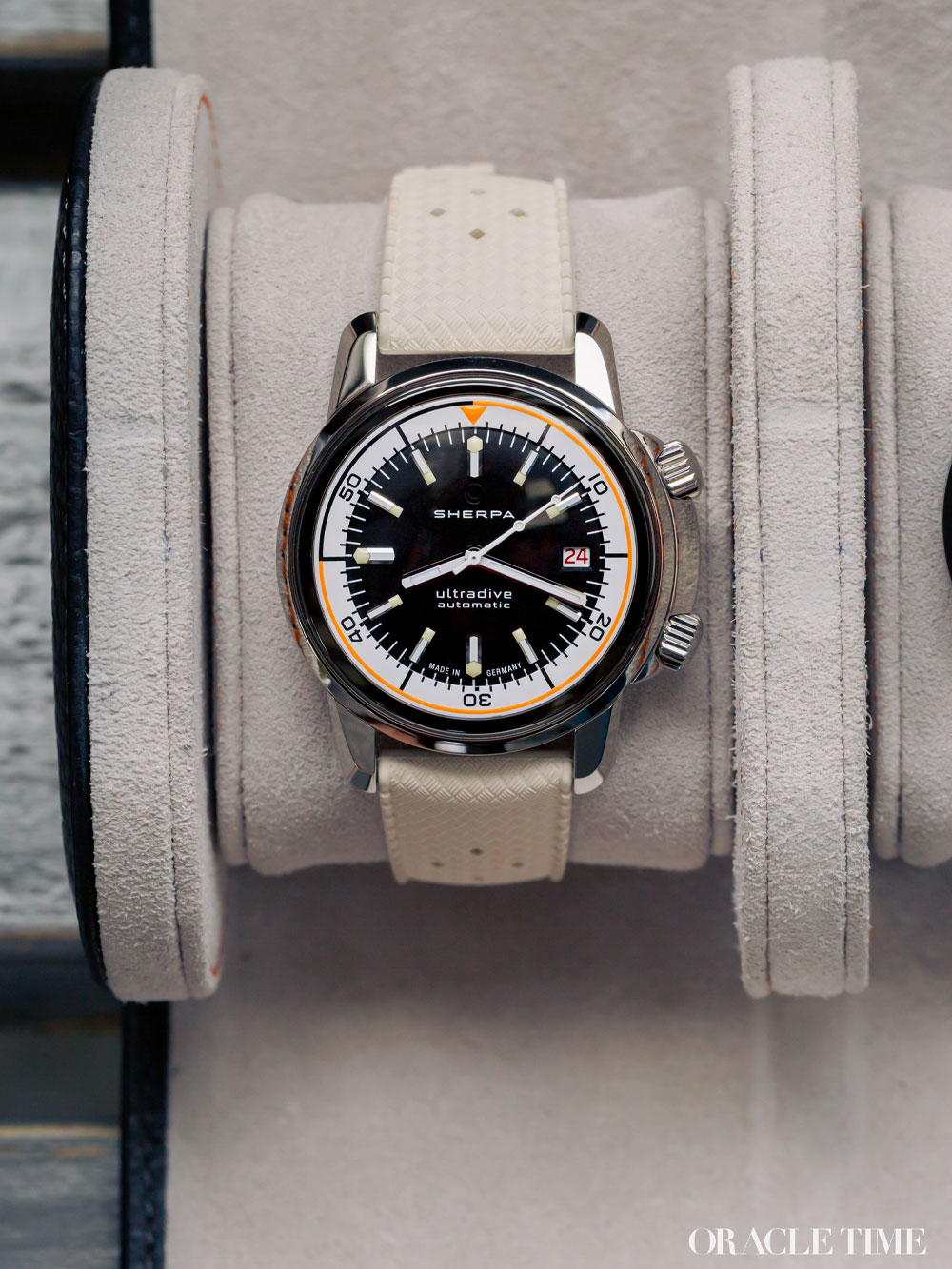 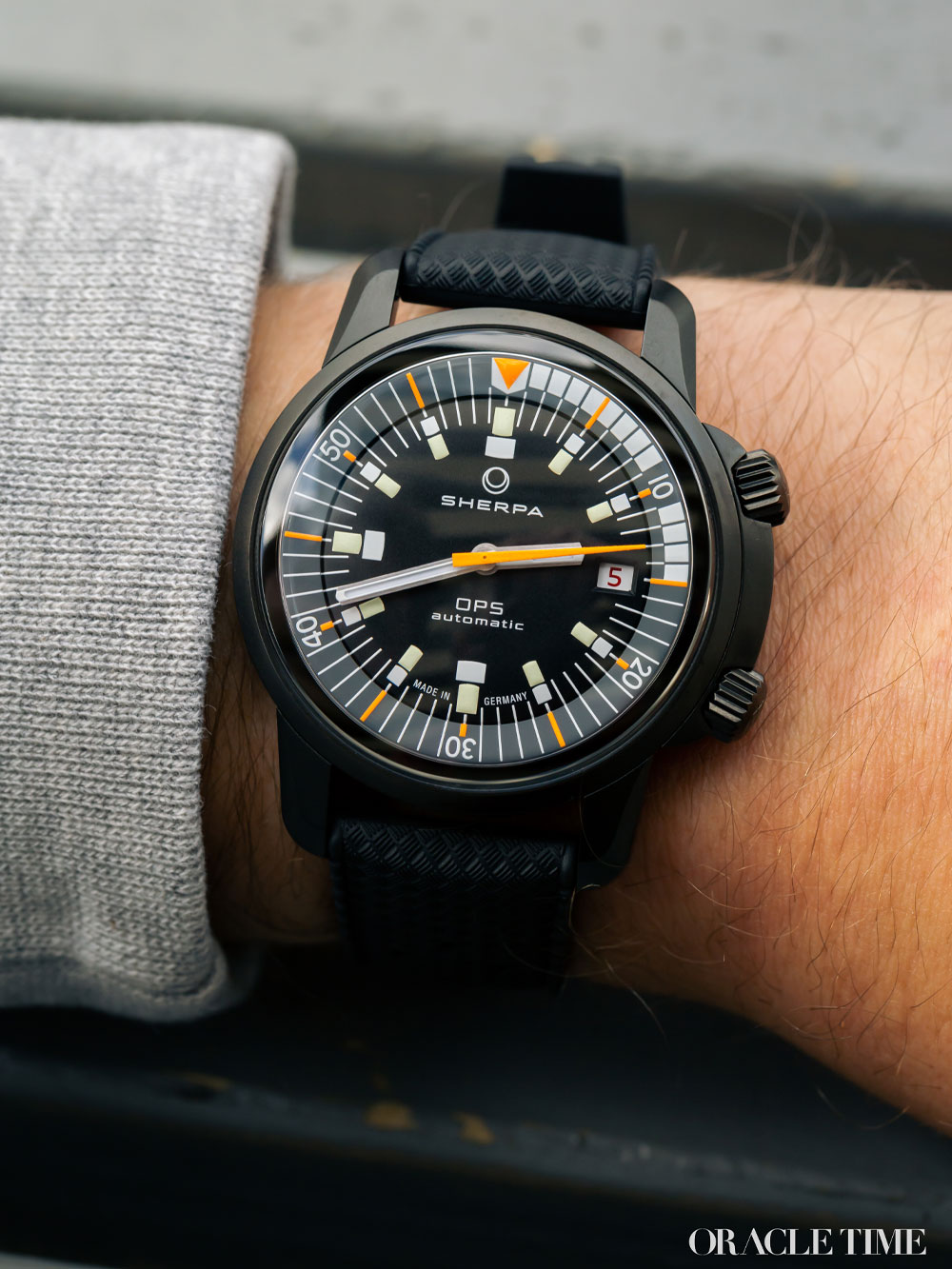 Those are the OPS and Ultradive, a pair of gloriously over-engineered Super Compressor divers. Sure, they’re not the Everest toppers Enicar made their name with, but they’re still a pair of 60s references fans of the vintage brand will recognise.

Mechanically, the two are identical, but visually they’re pretty distinct. The Ultradive is a more restrained approach, in steel with a minimal, white inner diving bezel and comparatively svelte markers. Comparative, that is, to the OPS, which has a much more technical, militaristic look to it, and not just for the blacked-out case. The indexes are chunkier, the orange second hand bolder and pointier and the inner diving bezel sub-divided into every minute for easier legibility on the fly. Of the two, my money’s on the OPS. There are plenty of retro compressor-style watches out there and very few that are this serious. It’s a nice change of pace. 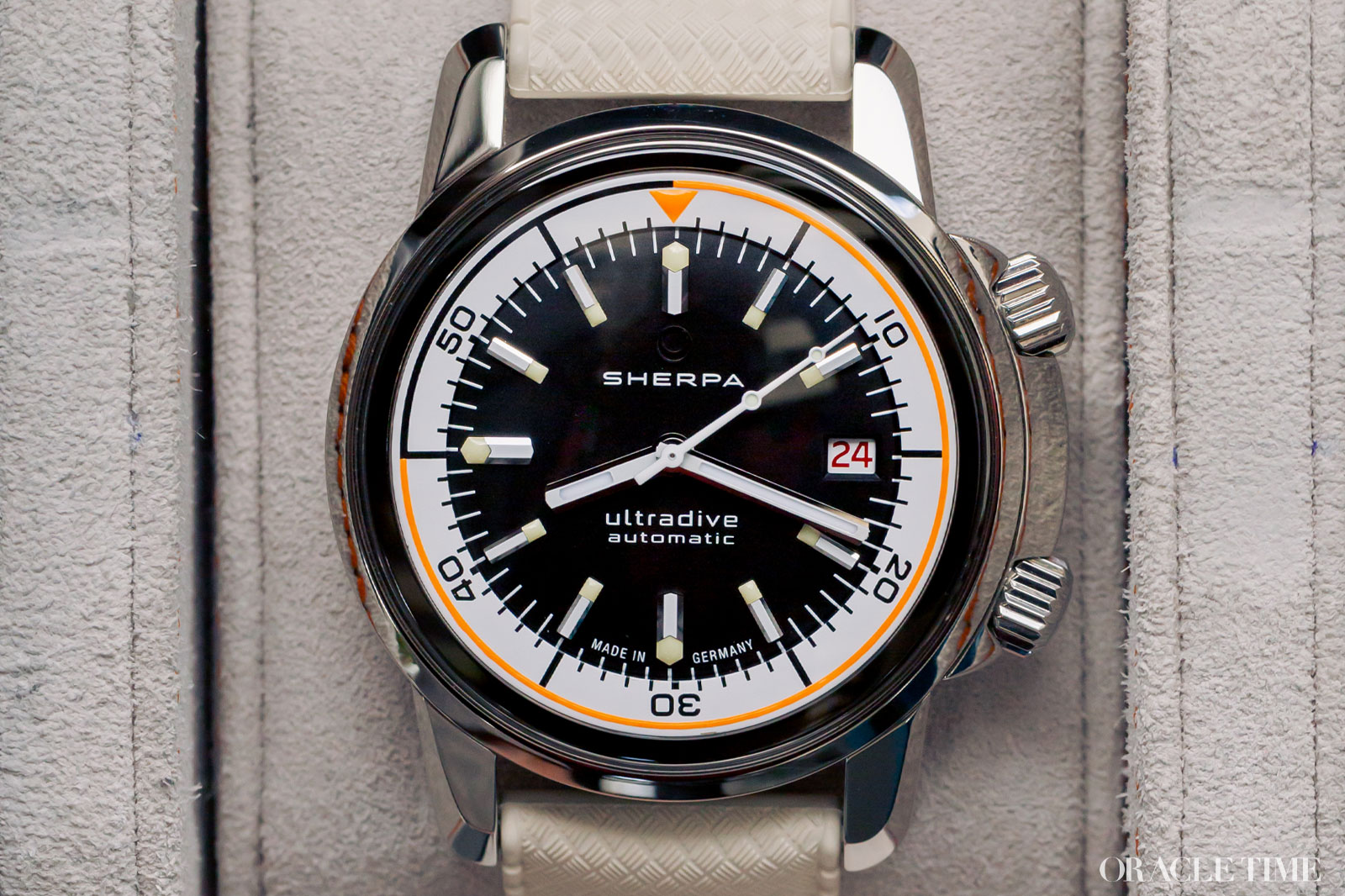 Regardless of the aesthetics though, both the OPS and the Ultradive are constructed identically. The dual crowns are protected by a gloriously overcompensating crown guard for a distinctive asymmetrical silhouette. It doesn’t get in the way of operation though. What might give you pause on the other hand is that the crowns aren’t screwed down. But never fear, they use the same technology as the compressor caseback, where an increase in water pressure results in a tighter fit (something that not all so-called ‘super compressors’ these days use). It’s a novel approach and one that makes a lot of sense and allows smoother operation of the watch.

On the wrist it feels great. It’s 40mm across (though wears larger with that crown guard) and it’s thin for a diver at 13.5mm. It looks and feels far more rugged and hardwearing than its 200m water resistance might suggest on paper. It’s a watch that breeds on-the-wrist confidence. 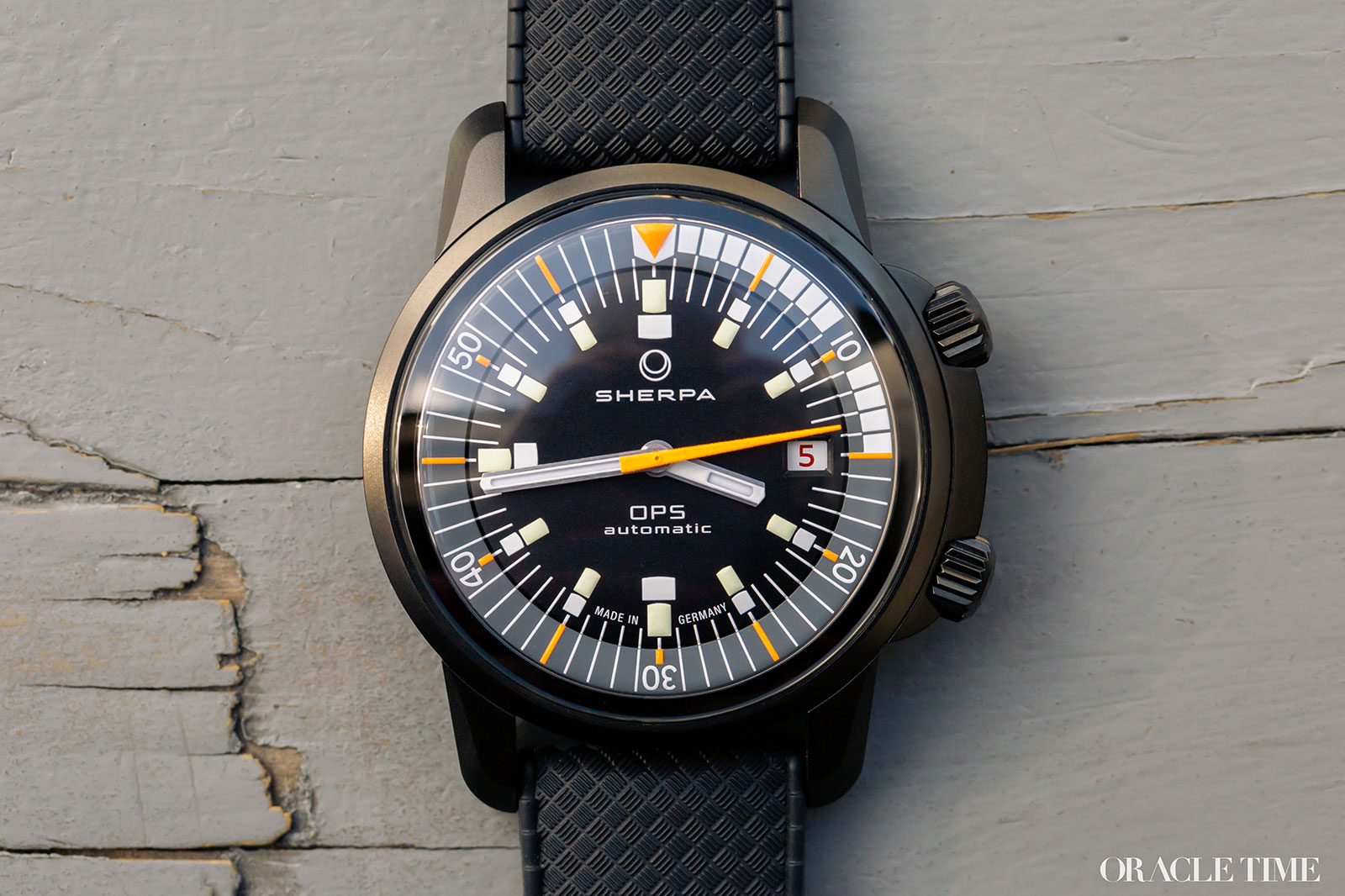 Inside is a movement Sherpa has dubbed the ‘Mantramatic’. In keeping with Buddhist traditions (that Klocke himself ascribes to) and paying tribute to the actual Sherpa people, some of the calibre’s wheels have been laser-engraved with the same kind of mantras you’ll find on Tibetan prayer wheels. This means that as the watch works it’s actively sending out good vibes. It’s an inspired idea and, if you get the chance to open the watch up and glance at the movement, is an incredible feat of laser-based engineering. 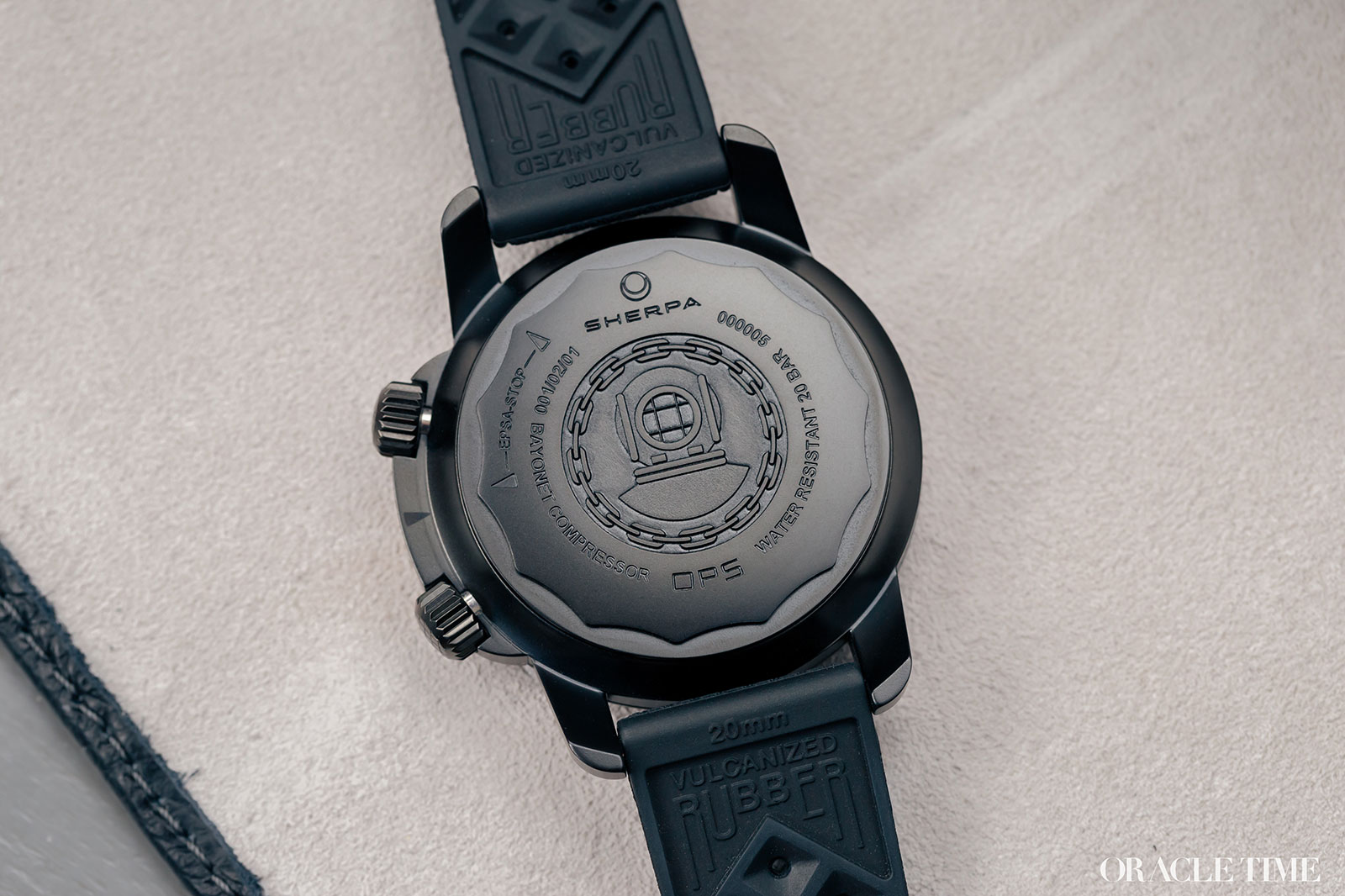 Finishing aside the movement’s a standard SW200-1, a workhose movement that’s about as reliable as it is popular. The 38-hour power reserve is nothing to write home about, but there’s good reason Sellita’s flagship is in every other watch.

Fitted to a tropic style strap for that final flourish of 60s diving style, the new Sherpa divers, and particularly the OPS, are a phenomenal return to form for a name that could have so easily (wilfully, given modern Enicar) slipped into obscurity. And hey, if these do well – and they should – it opens the door to a host of other revived Sherpa models. That alone is worth getting excited about.