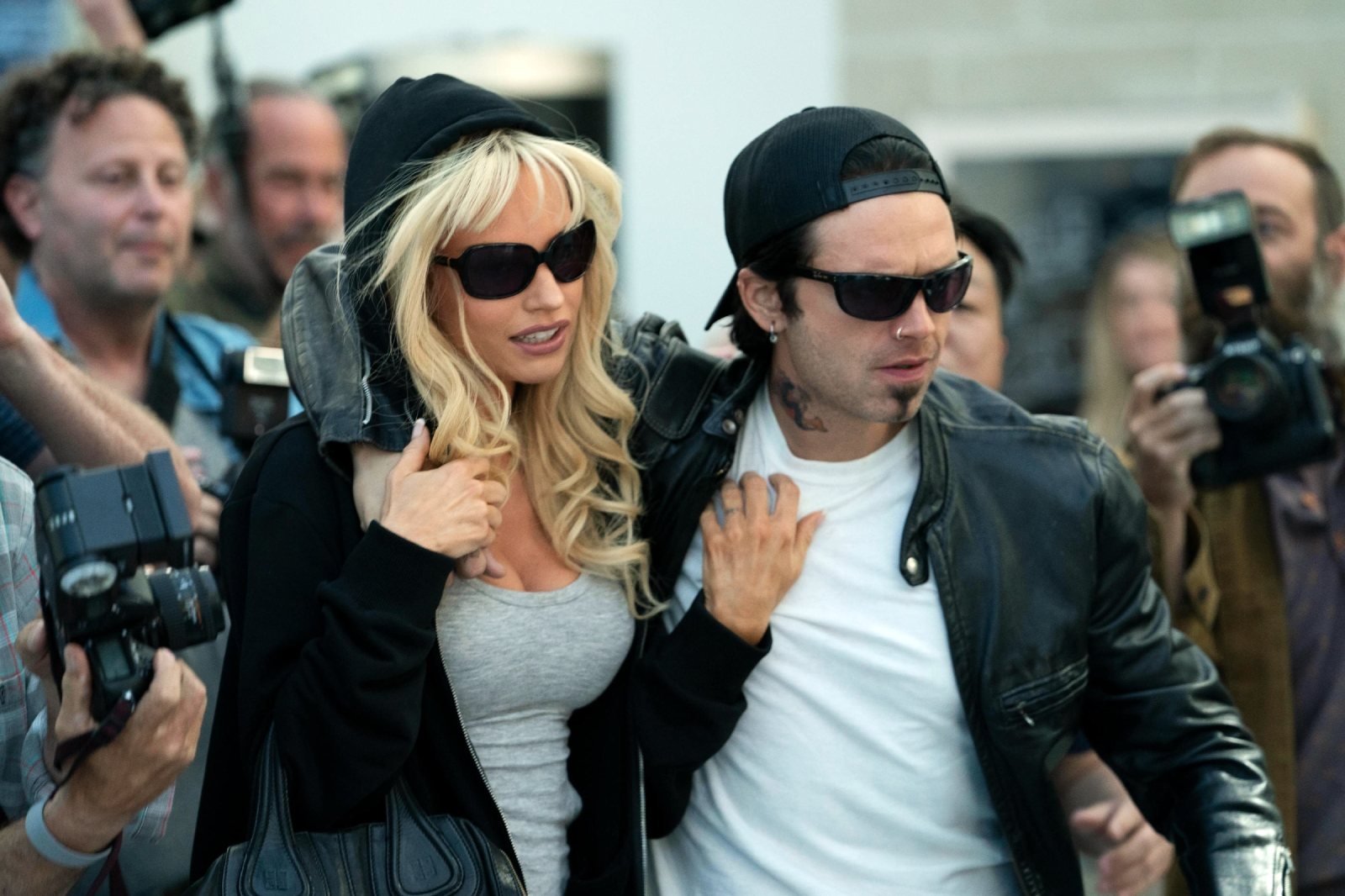 It’s a fun show, looking back at the crazy times when mullets were still an acceptable haircut, even if they are trying to make a comeback. The main mulleted man in the series is Rand Gauthier, performed by Seth Rogen, a carpenter working on Tommy’s house. After Tommy refuses to pay Rand for his work, Rand decides to steal the rockstar’s safe in an act of revenge. 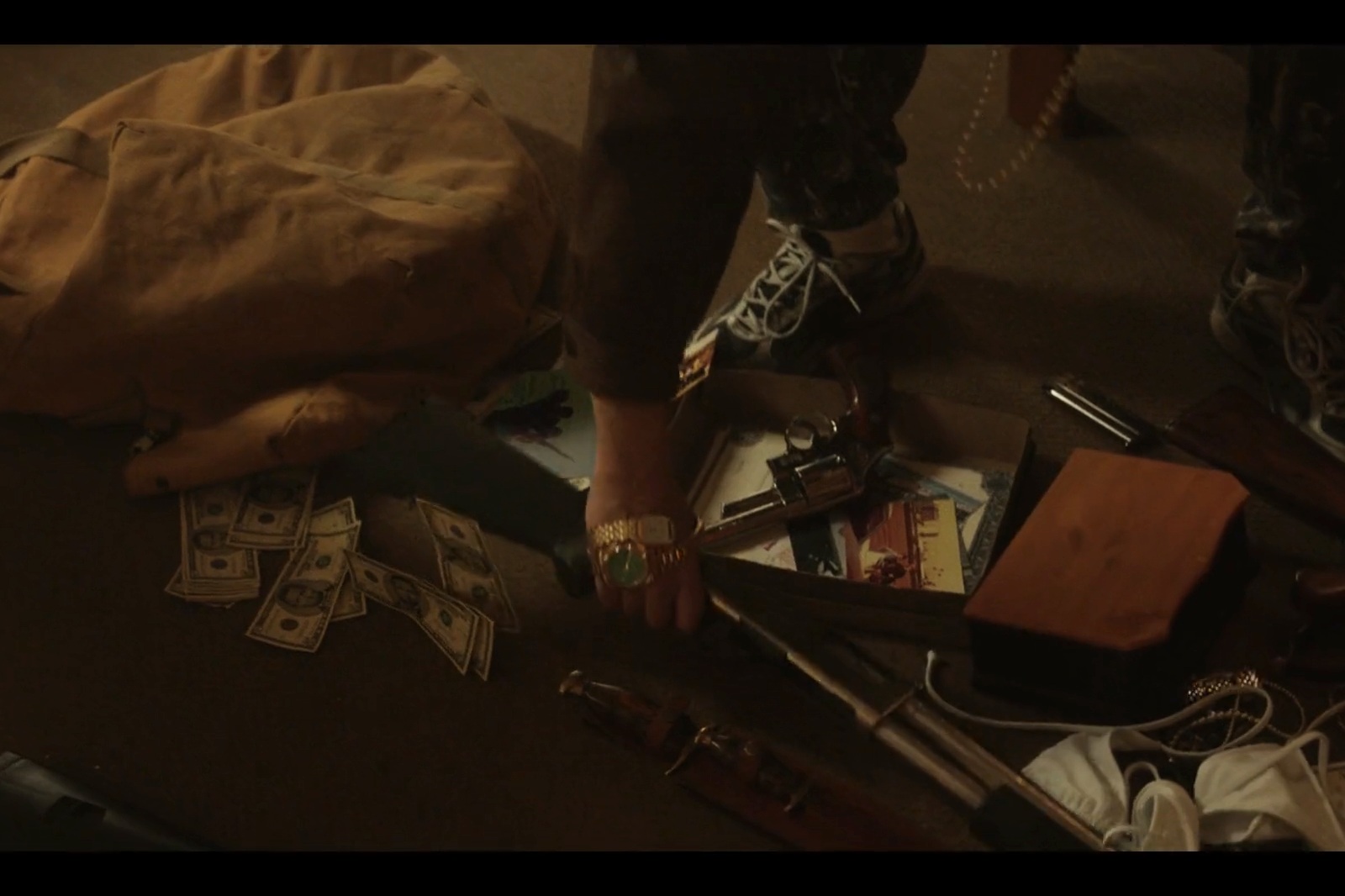 What follows is any watch collector’s worst nightmare. Cracking open the safe, Rand finds all of Tommy’s watches, his guns, a wedding bikini and the sex tape. Worse than just having the watches stolen, Rand then throws them all onto the floor, wears them in a show of gross success and pawns them – all in the space of a one-minute montage in episode one.

The first of Tommy’s watches that we see is a gold Rolex Day-Date with a dark green dial. The Day-Date is the ultimate rockstar timepiece, straddling that line between elegant and flashy, it’s certainly a statement. In one shot you can see the long days aperture at 12 o’clock that denotes it as a day-date and later in the series, in episode four, Tommy confirms to the police that a Rolex was stolen from him in the theft. 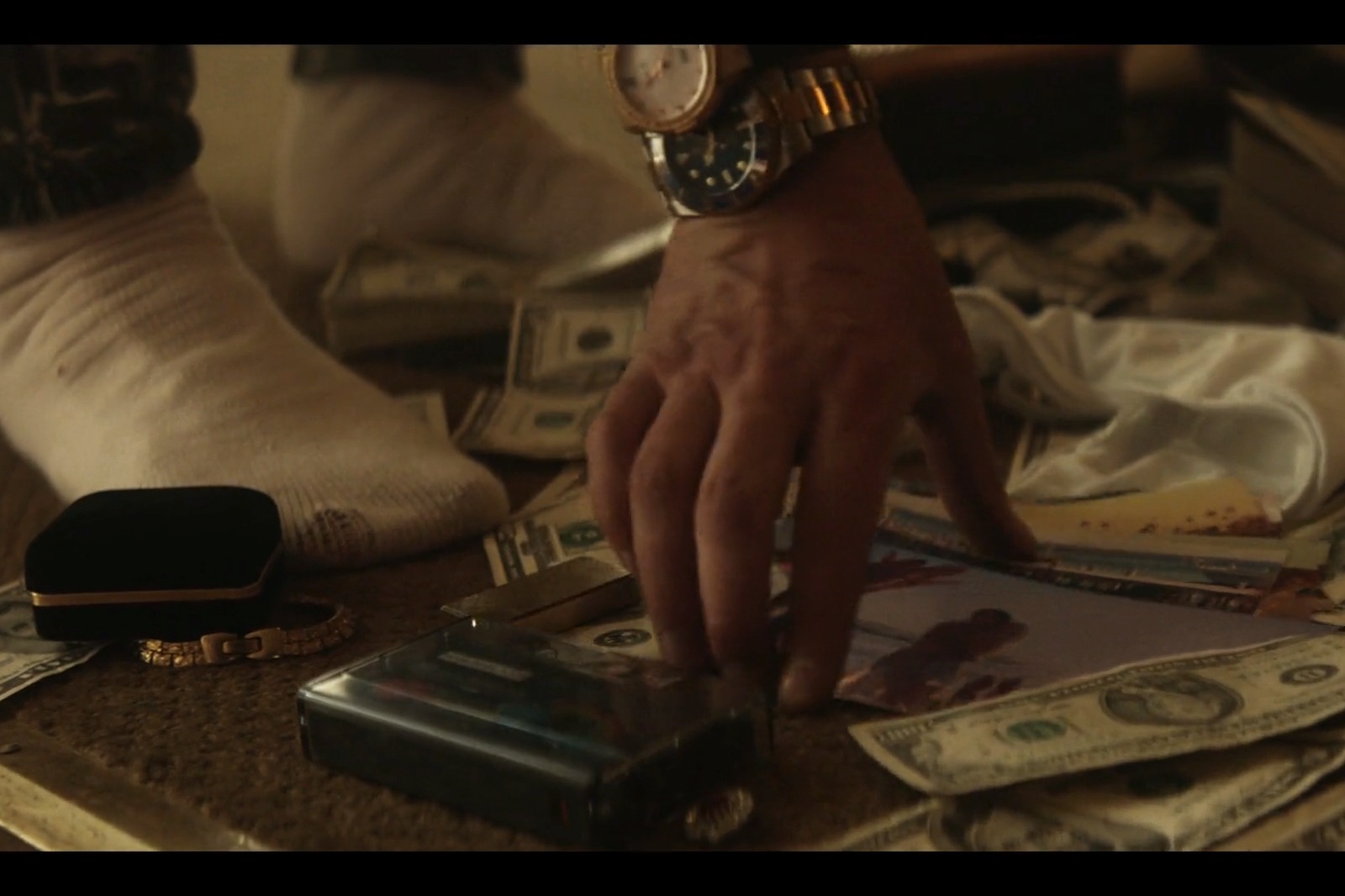 Another watch that Tommy mentions to the police in the same conversation is a Cartier. And indeed, we see Rand wearing it back in episode one. It’s a gold piece with a rectangular case and fine linked bracelet, making it almost certainly a Tank. The Tank is one of the most enduringly stylish watches in history and Cartier is still a favourite of modern musicians, so it makes total sense to see it in Tommy’s collection.

Perhaps the least expected watch to spot during the montage is a Tudor Submariner. We know it’s the Tudor variant because of the signature snowflake hands, which can be seen clearly when Rand is wearing it. It’s unexpected because at that time Tudor was still very much in the shadow of Rolex and considering Tommy already had Rolexes, surely another would have been the way to go. Alternatively, Tommy was before his time and saw the powerhouse of horology Tudor would eventually become, albeit on the back of the Black Bay not the Submariner. 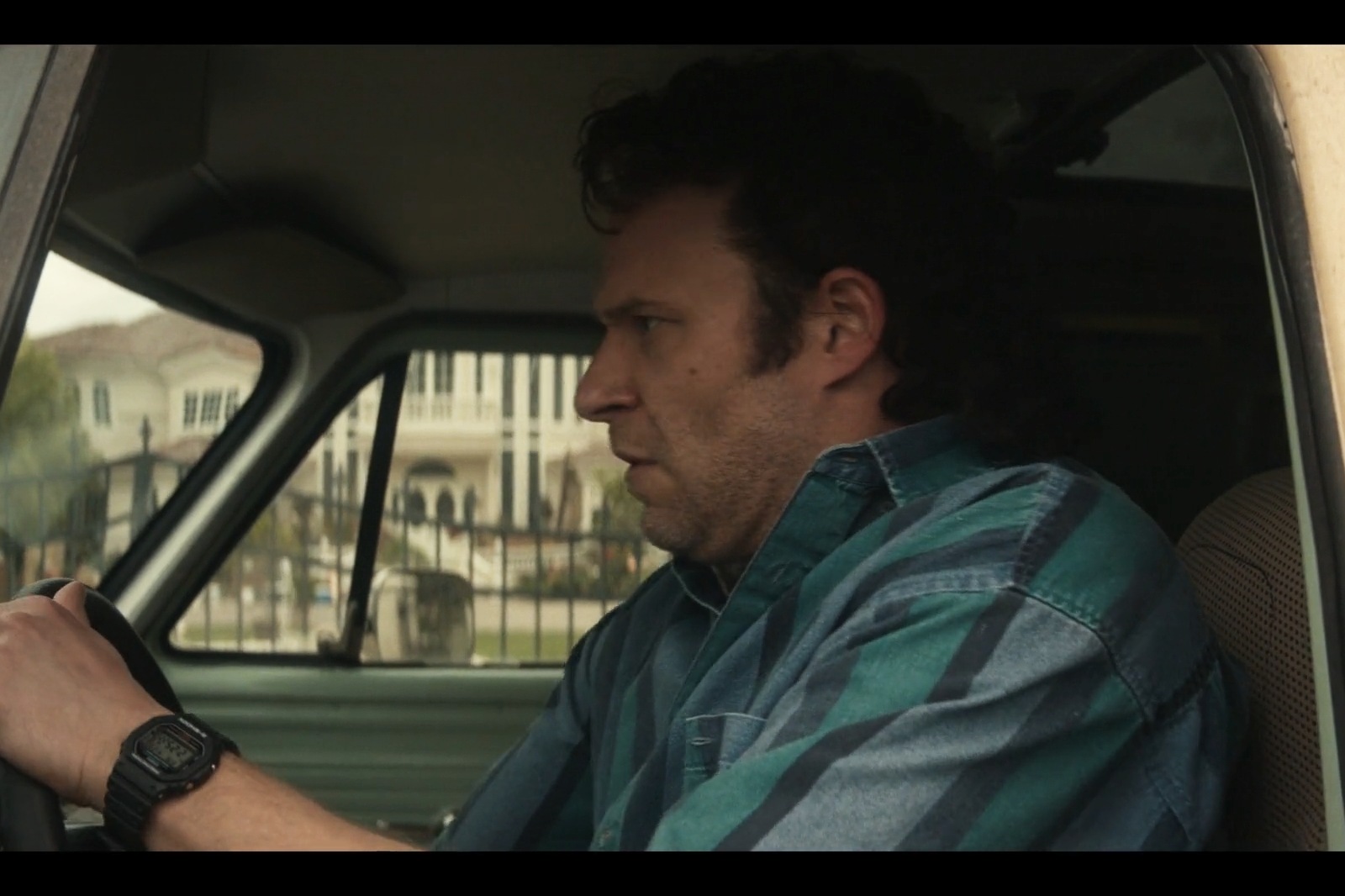 There are a handful of other watches that are seen in glimpses only so the final watch worth talking about is actually Rand’s personal watch that he wears throughout the series. 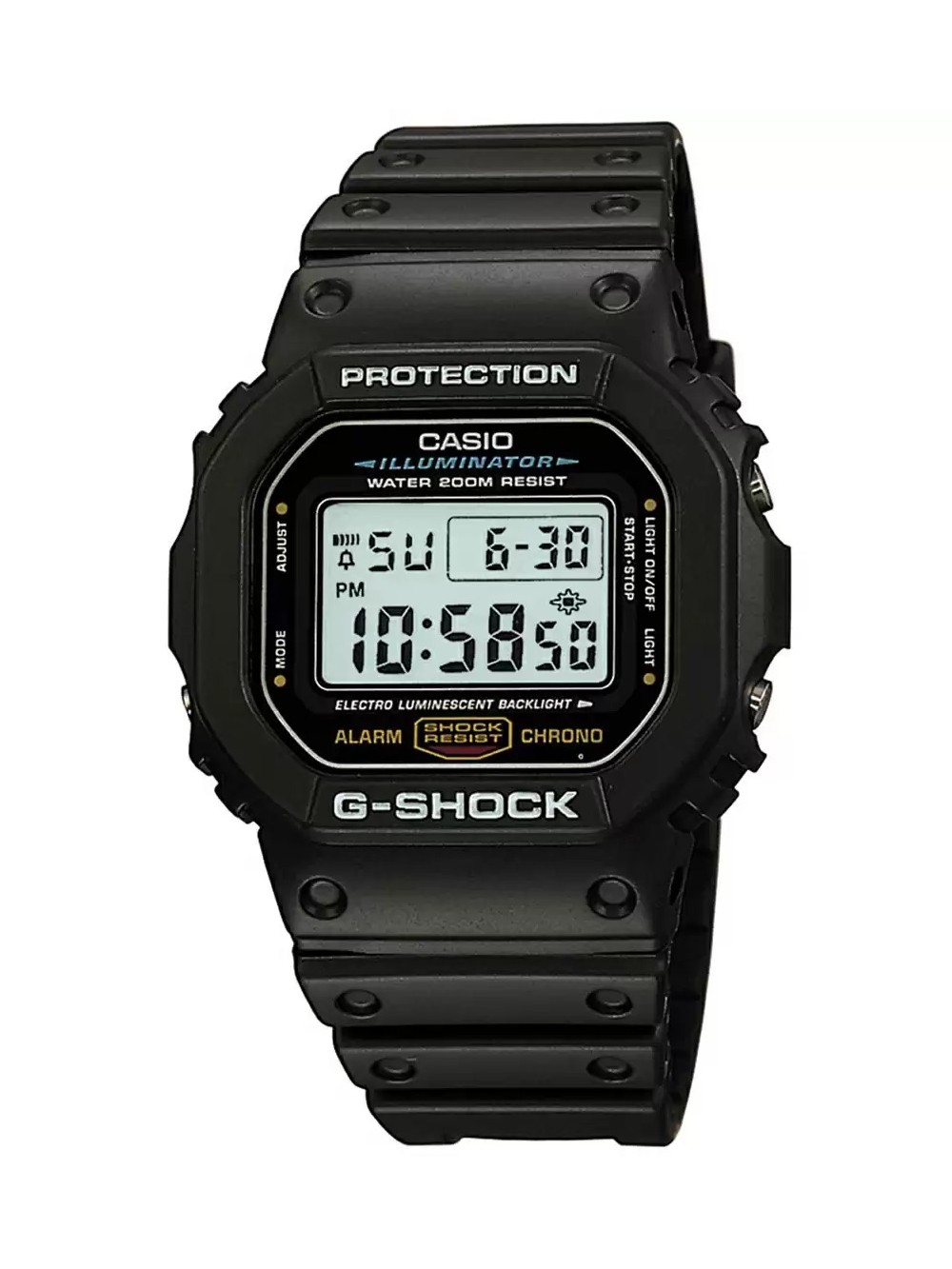 It’s a Casio DW5600E-1V G-Shock, which is an incredibly smart piece of watch casting. Rand, despite his flaws, represents the everyman, putting the insane lifestyle of Pam and Tommy into stark contrast.

It may be a garish slice of seedy fun but hey, at least they nailed their watch game.