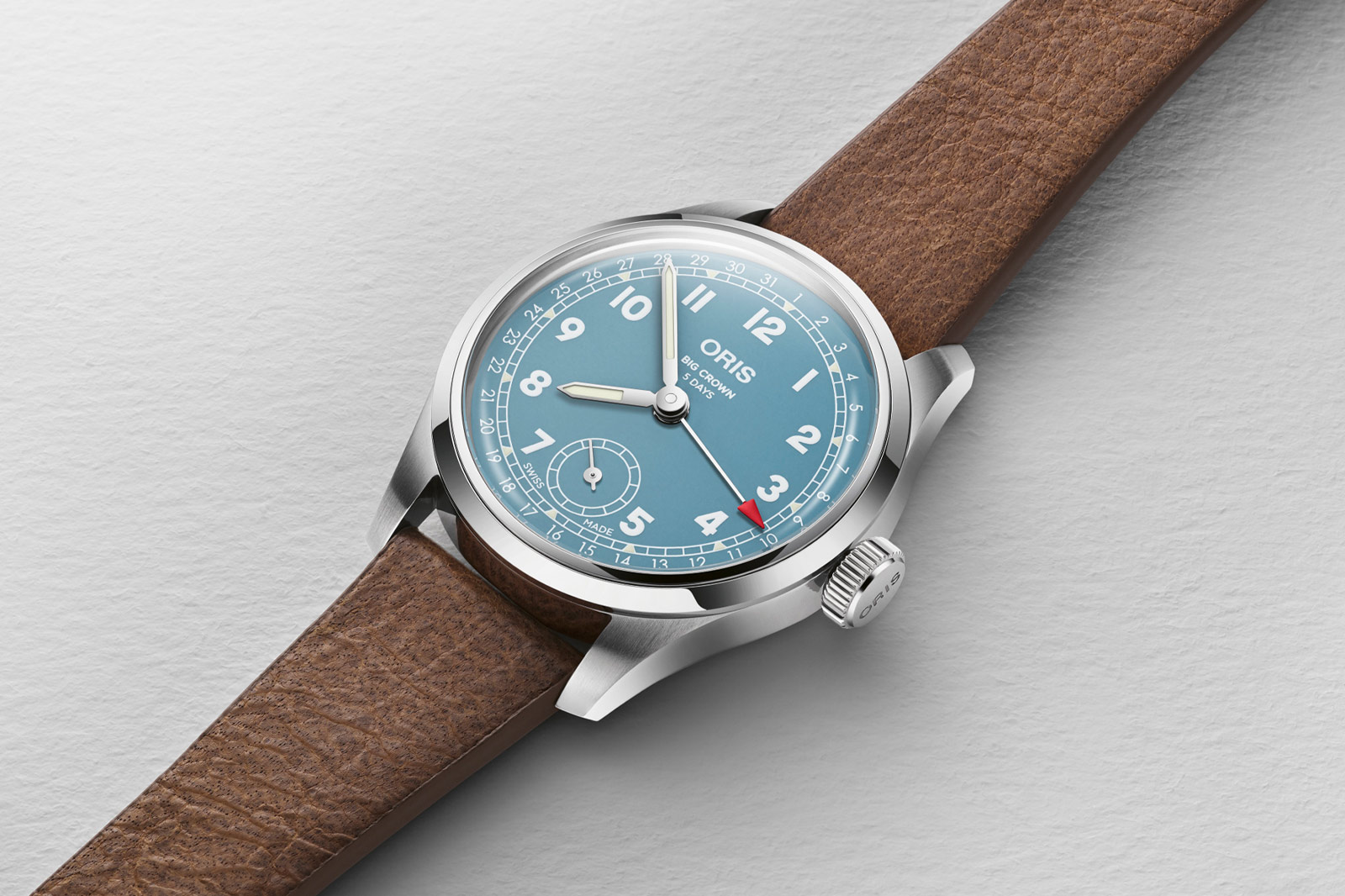 Oris have been killing it recently with their new watch launches, especially when it comes to the Calibre 400 series, such as the Aquis 400, ProPilot X 400 and Big Crown Pointer Date 403. However, so far, the 400 series has been entirely automatic watches and Oris has a strong heritage and tradition of using manual movements – which is what makes the new Oris Big Crown Pointer Date Calibre 473 so special, combining Oris’ watchmaking roots with their most innovative technology. 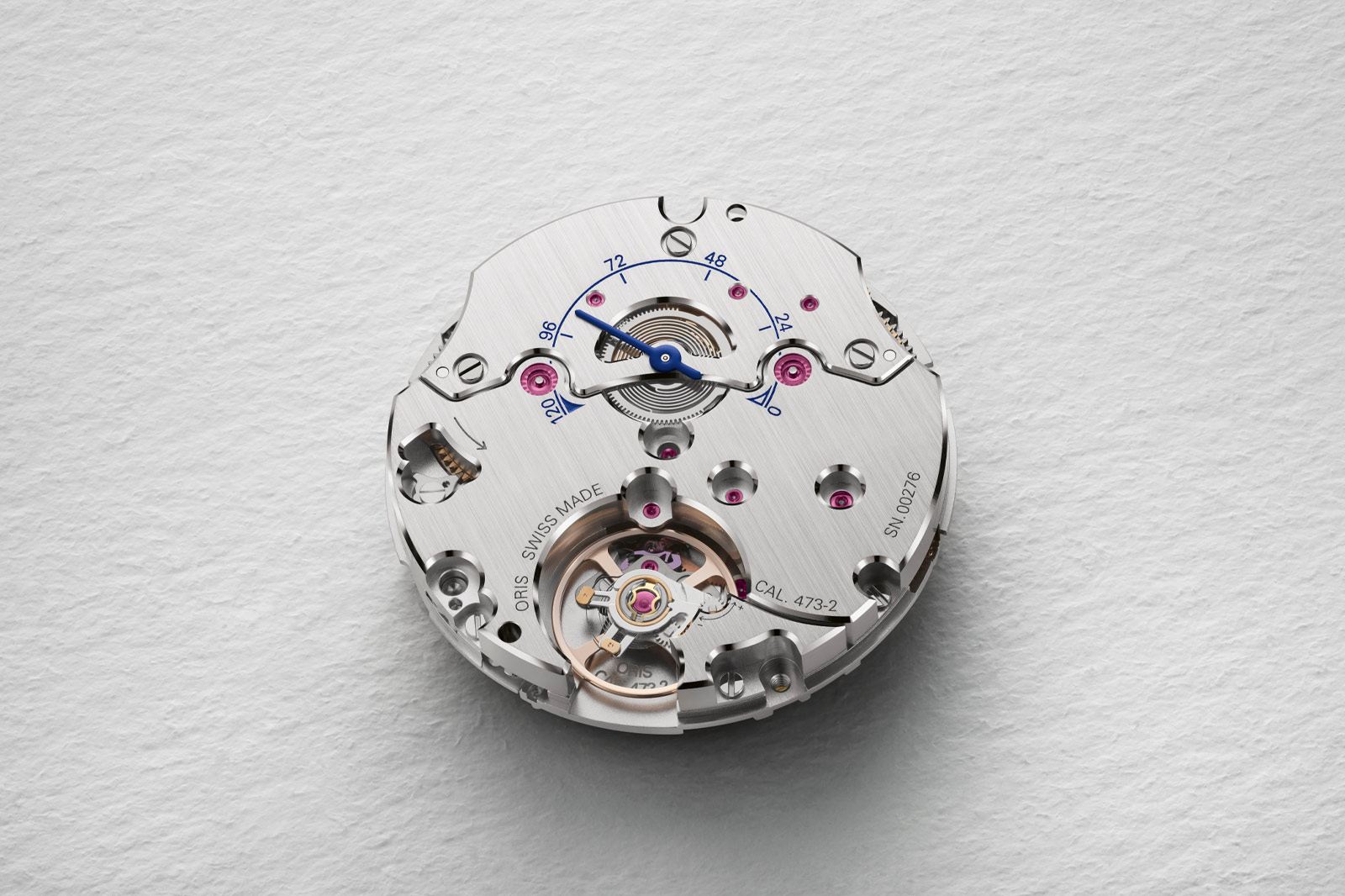 The new movement is housed within a fairly standard example of the Big Crown. That means a 38mm stainless steel case with contrasting brushed and polished surfaces. Plus, of course, an oversize crown with knurled edges for easy manipulation while wearing pilot’s gloves. The vintage pilot’s watch aesthetic shine through in all its traditional glory. 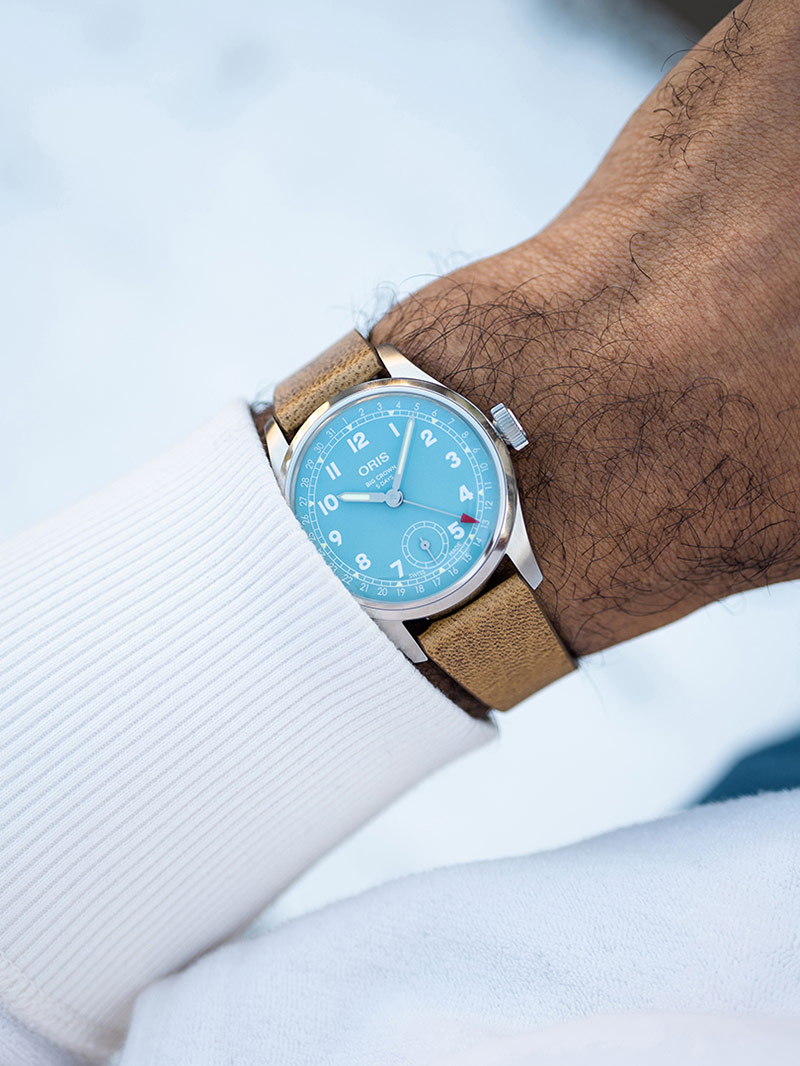 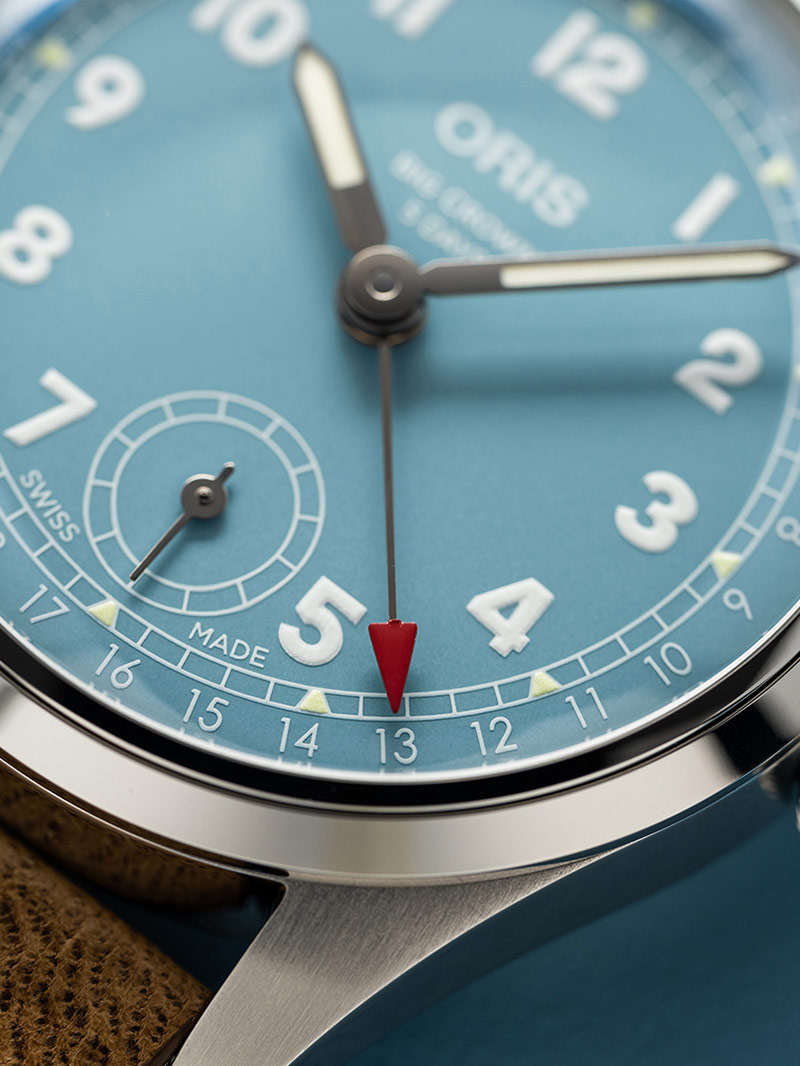 It’s the same story across the dial. A railway track minute scale wraps around the periphery of a light blue dial. Tiffany blue style shades are incredibly popular at the moment and this dial falls squarely in that category. Oris have been a proponent of the colour for longer than most, with the blue Cervo Volante edition being launched right at the time the industry at large began to realise it was the next trendy colour. 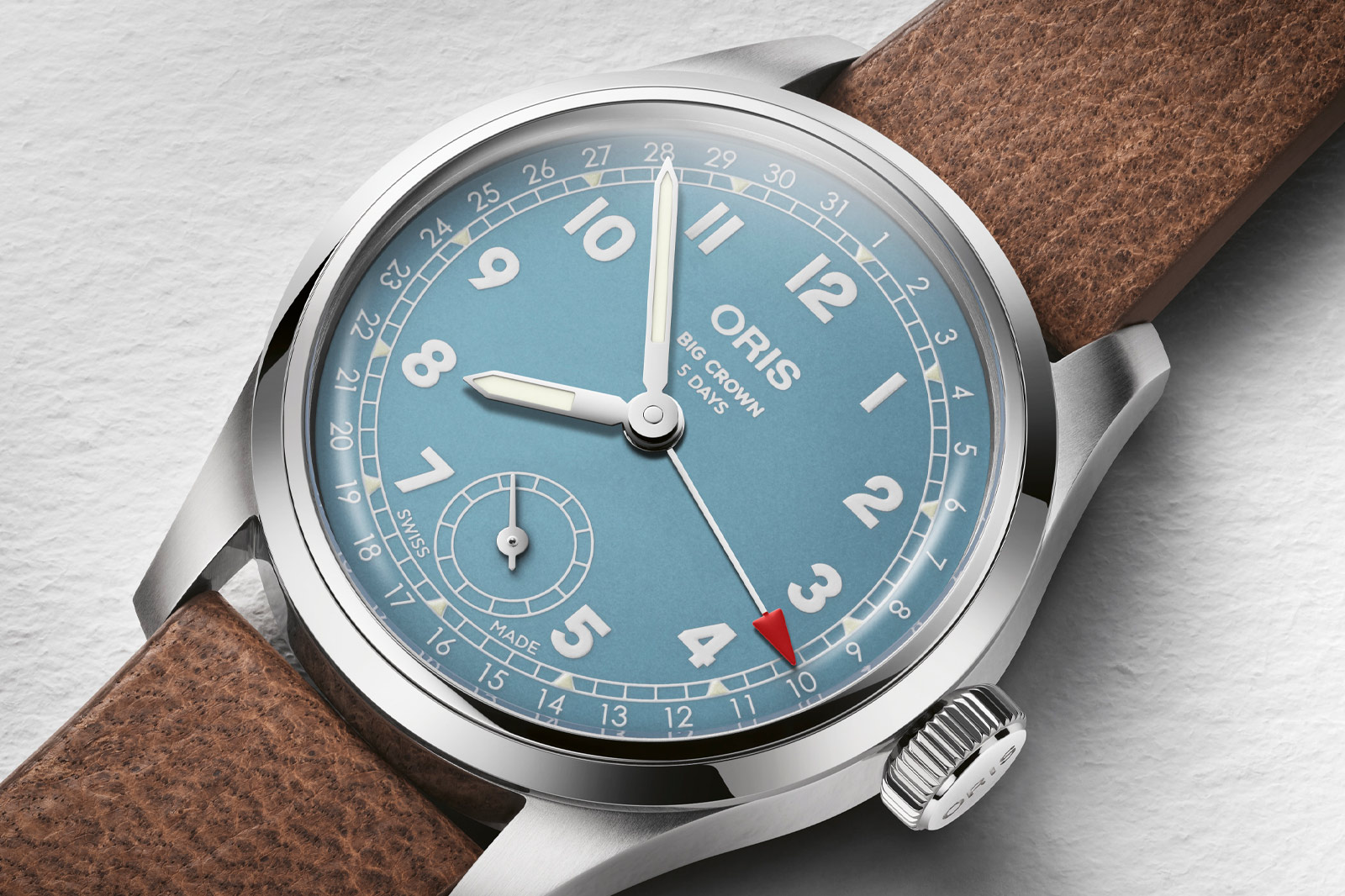 However, case and dial aside, the main focus of the Big Crown Pointer Date Calibre 473 is naturally the new movement. As part of the 400 series, it’s essentially the manual counterpart to the automatic calibre 403. That means it has the same 120-hour power reserve and exceptional antimagnetic properties that have led Oris to offer a 10-year warranty and 10-year recommended service intervals. The 3 in both the 473 and 403’s names denote that they’re small seconds models with subdials occupying a position at 6 o’clock. 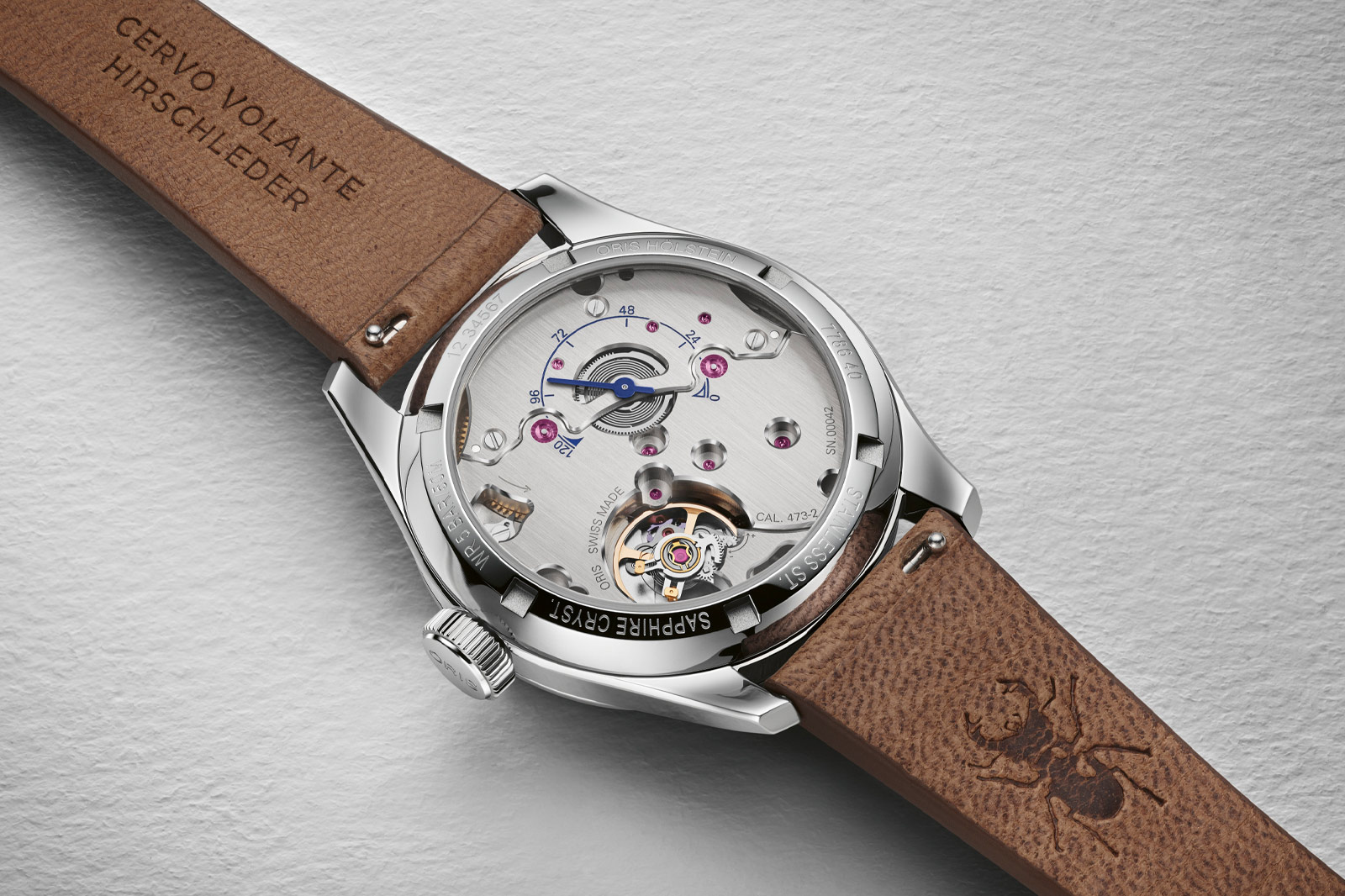 Other than the winding mechanism, the major difference is that the 473 now features a power reserve indicator on the back, visible through the exhibition caseback, useful to know when you need to top it up with a few winds. The view through a watch’s caseback is often a key consideration in manual movements because there’s no rotor to obscure the view of the mechanics at work. With its brushed surfaces and rubies, the 473 is a handsome movement, although it remains understated compared to many. 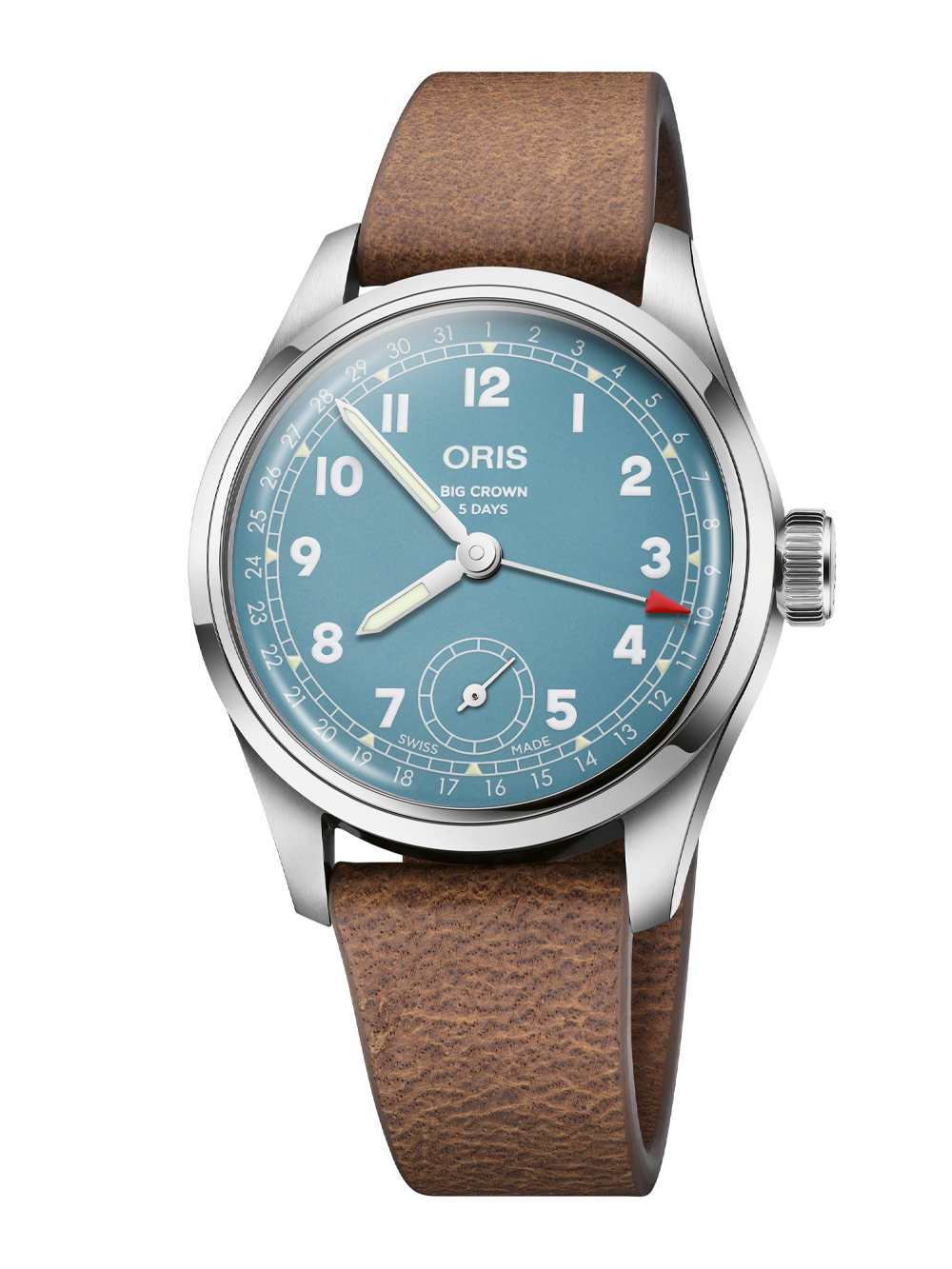 The Oris Big Crown Pointer Date Calibre 473 is priced at CHF 4,200 (approx. £3,750), close to a grand more than the 403 version. However, part of that price difference includes the fact that it’s presented on a Cervo Volante sustainable deer leather strap – executing on the promise Oris made with the original Cervo Volante edition, that they would use the sustainable straps on a regular basis. There’s also no doubt that collectors will go absolutely mad for it; a manual Oris pilot’s watch with a 5-day reserve, what’s not to love?