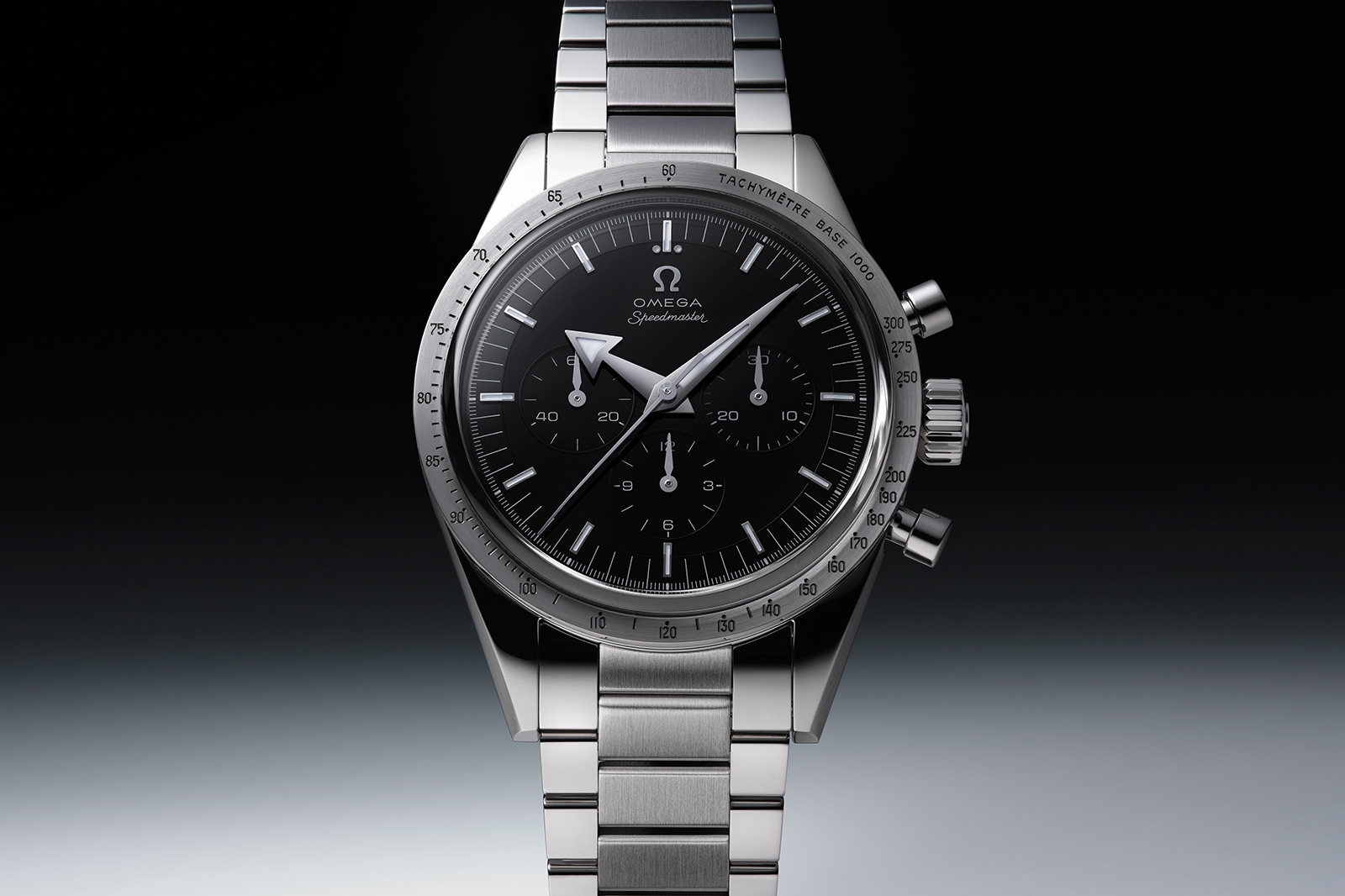 65 years ago, all the way back in 1957, Omega launched the very first Speedmaster. Since then, it has gone on to become one of the definitive chronographs of both classic and modern watchmaking. Outshining its humble racing heritage to become the official Moonwatch and now, in the year of its 65th anniversary, Omega have released an updated Speedmaster Calibre 321 in Canopus Gold.

As a Heritage Speedmaster, the Calibre 321 Canopus Gold sits alongside the steel and platinum versions with a few notable differences. First and foremost, the material, Canopus Gold. Canopus is Omega’s exclusive white gold alloy, a cousin to their rose gold equivalent Sedna gold. In comparison to regular white gold alloys, Canopus is remarkable for its brilliance, whiteness and improved longevity. 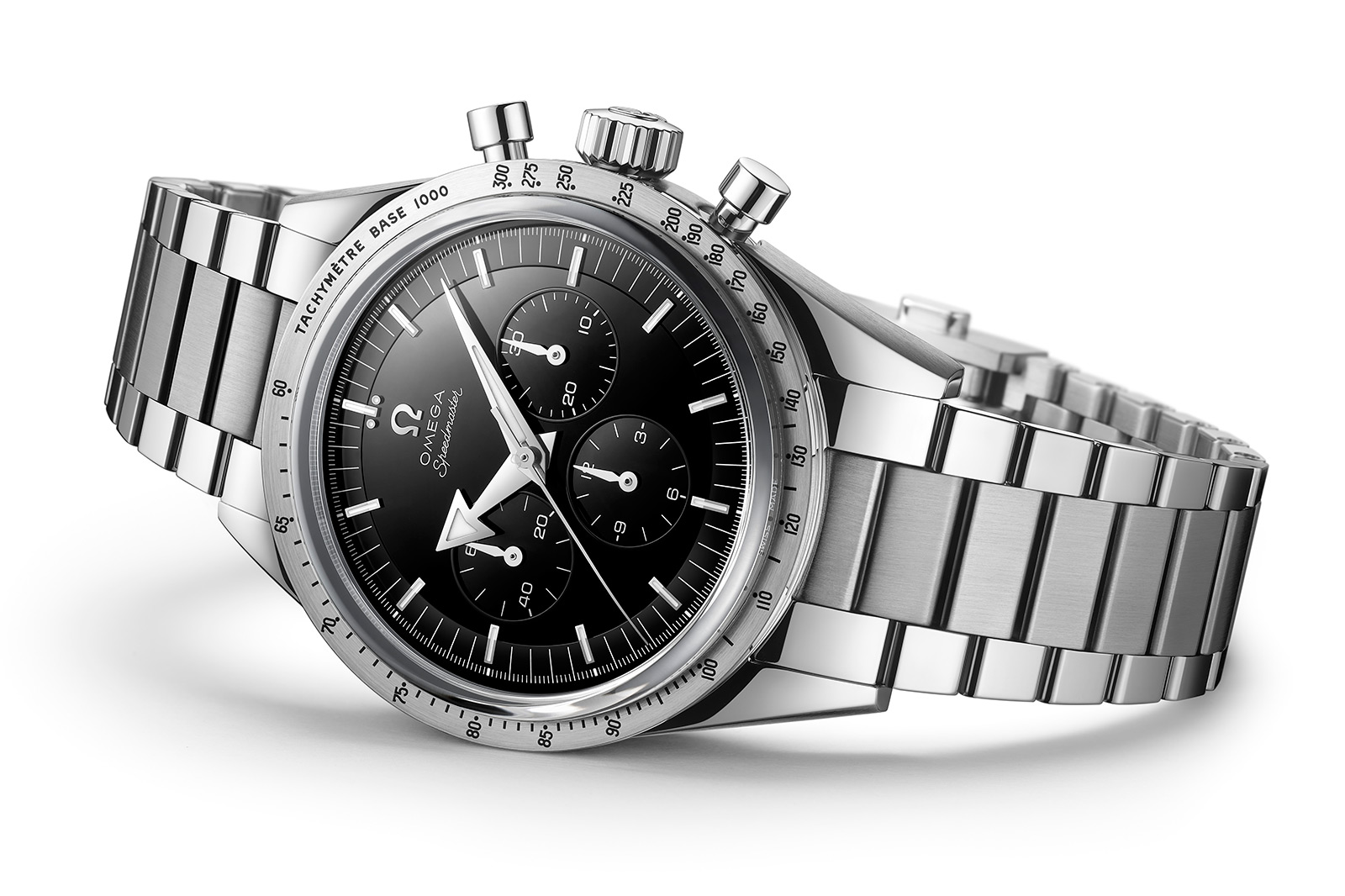 The metal has been used for the 38.6mm case, the bracelet and as a PVD treatment on top of the regular white gold hands and indexes. It’s also worth noting that at 38.6mm this is also the smallest of the Heritage Speedmaster Calibre 321s, supporting its vintage flavour. Likewise, the hands have also been given a classic edge thanks to the lume-filled broad arrow design. 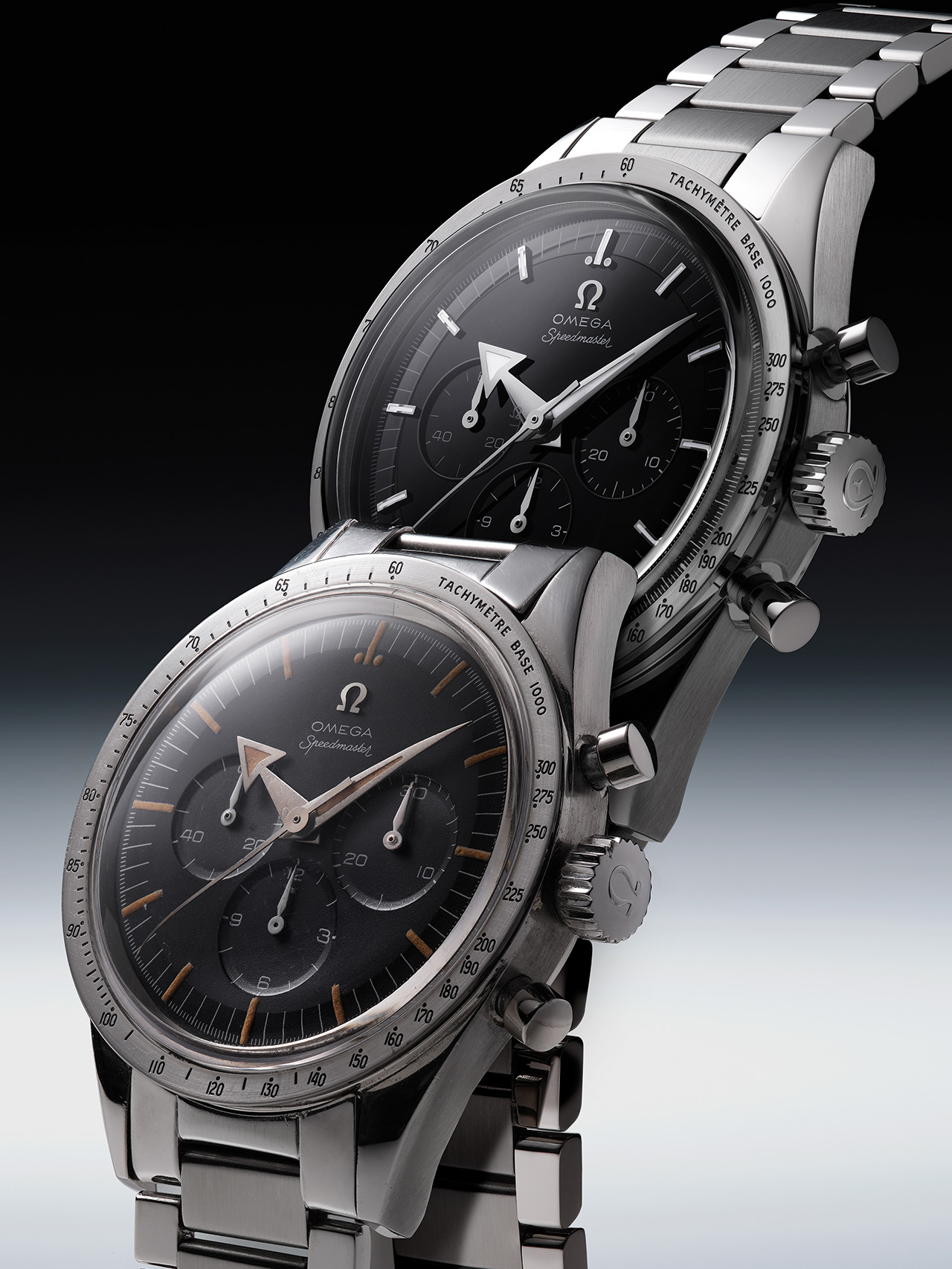 Elsewhere on the watch, the Canopus gold bezel is completed by a black grand feu enamel tachymeter and the onyx dial features three subdials in the classic tricompax layout including a small seconds, 30-minute timer and 12-hour timer. If you placed the Speedmaster Calibre 321 Canopus Gold beside an original CK2915 the similarities would be striking, even down to the vintage logo with oval O. 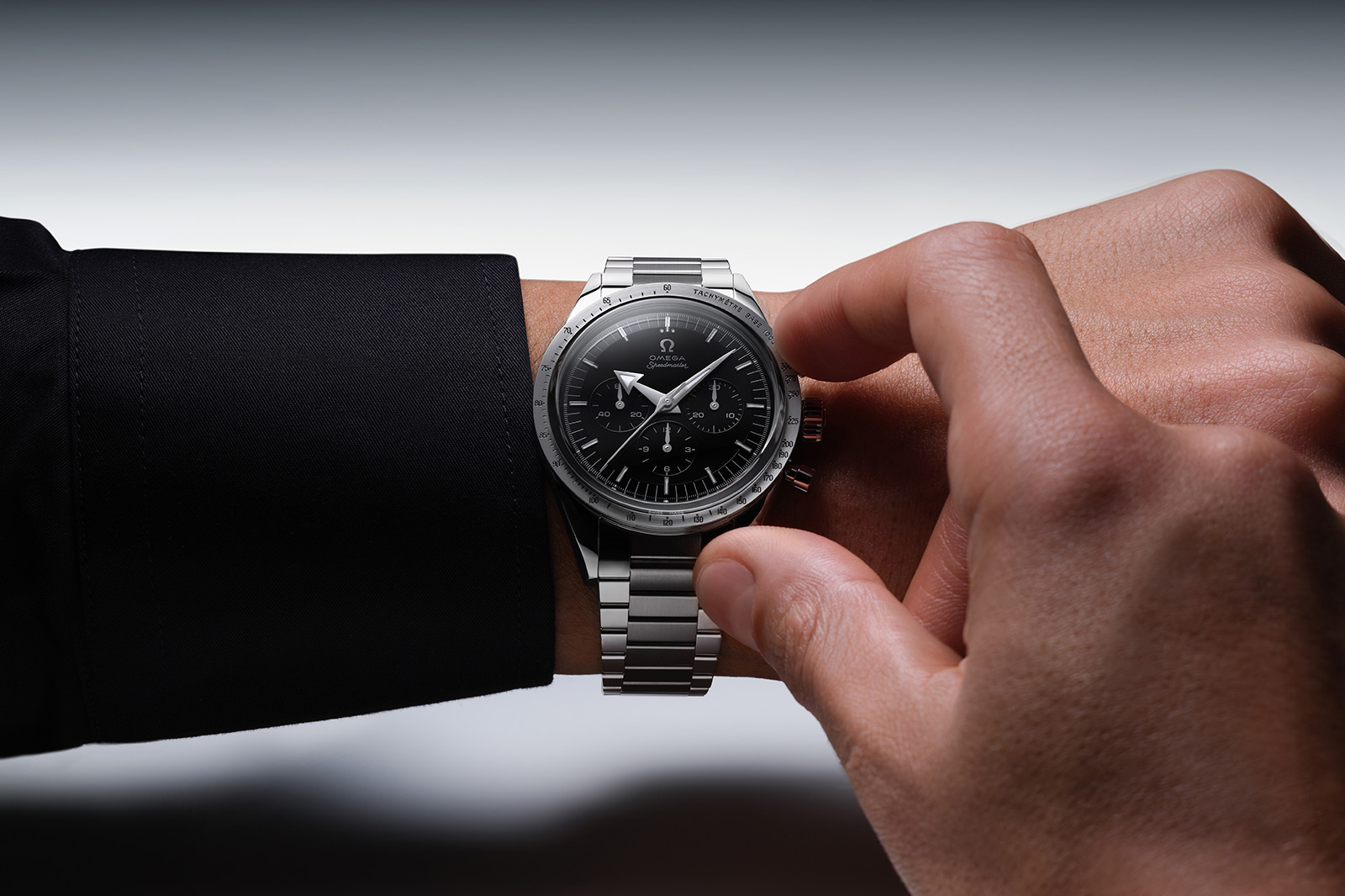 In fact, the similarities are more than just skin deep as both watches are powered by the legendary calibre 321. Although the modern one bears a modern version that was created over 50 years after the original 321 ceased production, although they share the same specs. Speaking of which, Calibre 321 Canopus Gold has a 55-hour power reserve and manual winding with a Breguet balance spring and Sedna gold PVD decoration. It’s visible through a sapphire display caseback engraved with Omega’s signature seahorse, which in honour of the watch’s 65th anniversary has a blue sapphire eye. 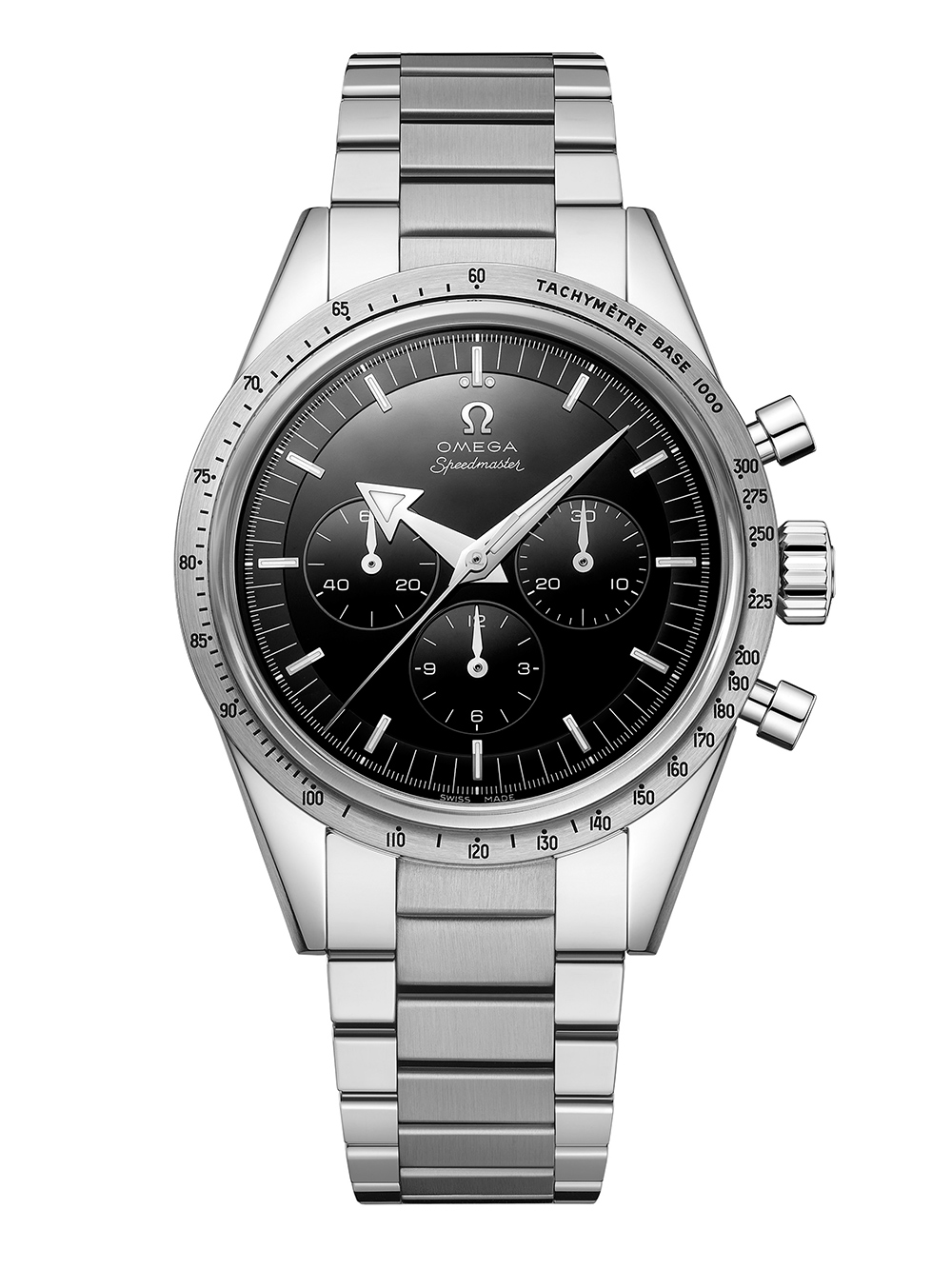 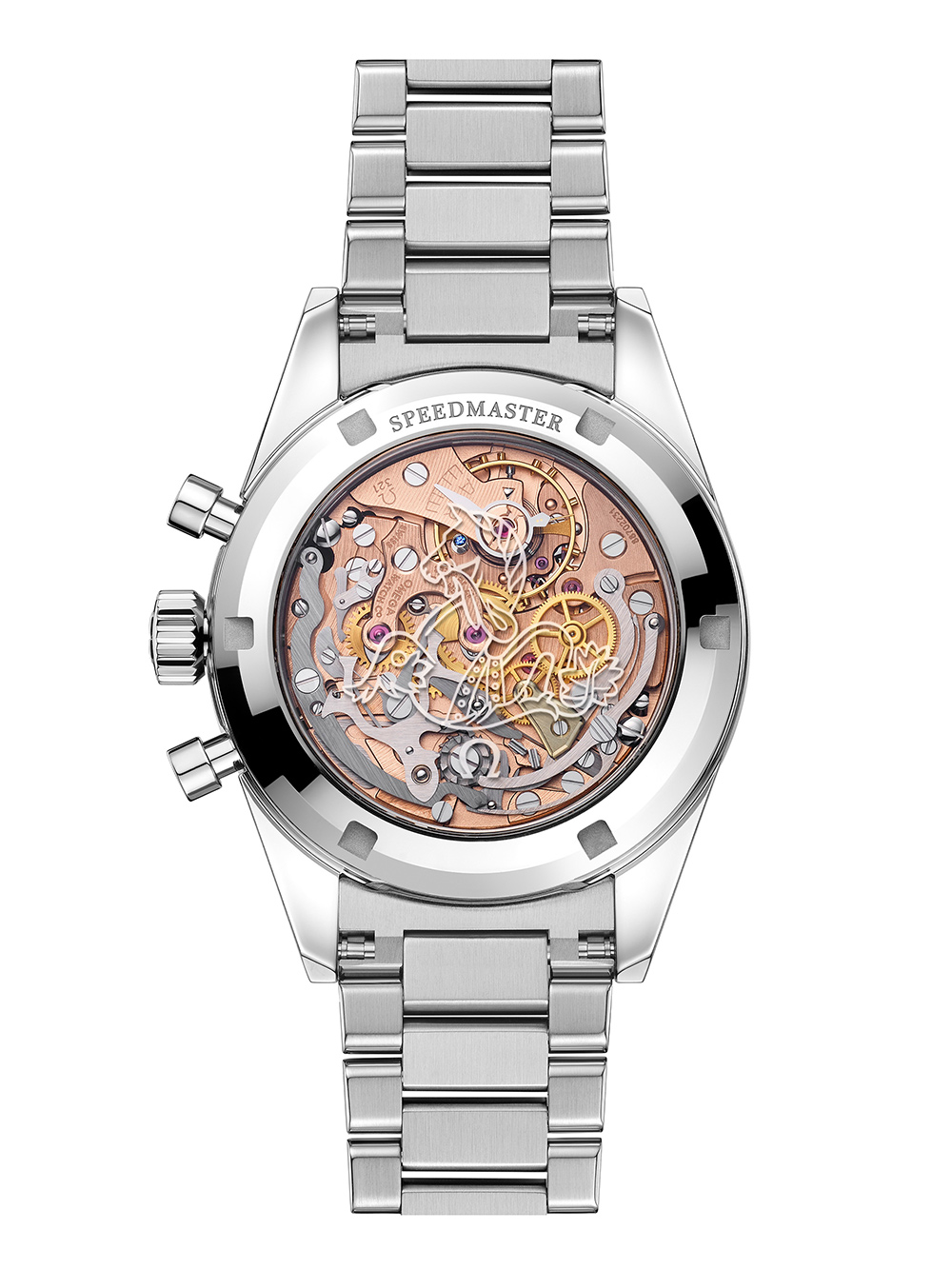 It’s a great looking watch and its references to the 1957 Speedmaster make it all the more collectable and desirable. However, that plus the full gold construction does make for a hefty price tag of £69,500, which is higher than even the platinum version. But you couldn’t ask for a bolder start to 2022 from any watchmaker, it’s certainly a statement.