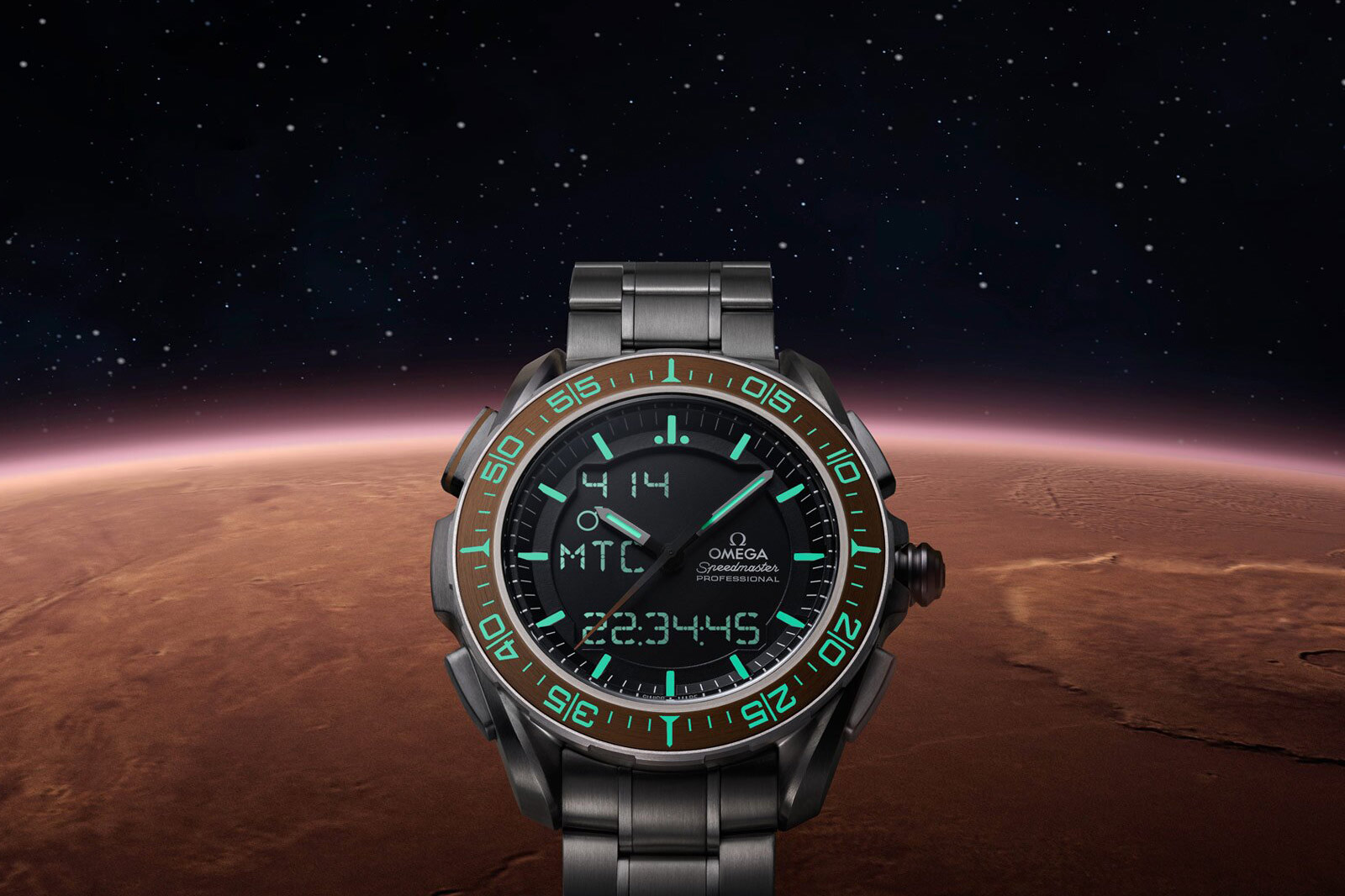 Mars. One of our closest neighbours in the Solar System and the source of endless inspiration for artists, writers, scientists and designers. There’s something magnetic about its character and mystery, inviting speculation about the nature of life in our universe and raising questions about whether the future of humanity is exclusively Earth-bound. It’s this latter question that has inspired the latest member of the Omega Speedtimer family, the Omega Speedmaster X-33 Marstimer.

Based on the regular X-33 Skywalker, the X-33 Marstimer features a whole new suite of functions. The most significant innovation is called MTC, which allows the watch to swap between displaying Earth time and displaying the current time and date on Mars (similar to the Konstantin Chaykin Mars Conqueror MK3). This presents more challenges than may first appear because Mars’ orbit and rotation are fundamentally different to that of Earth, with days on the Red Planet lasting 39 minutes longer than here on Earth. 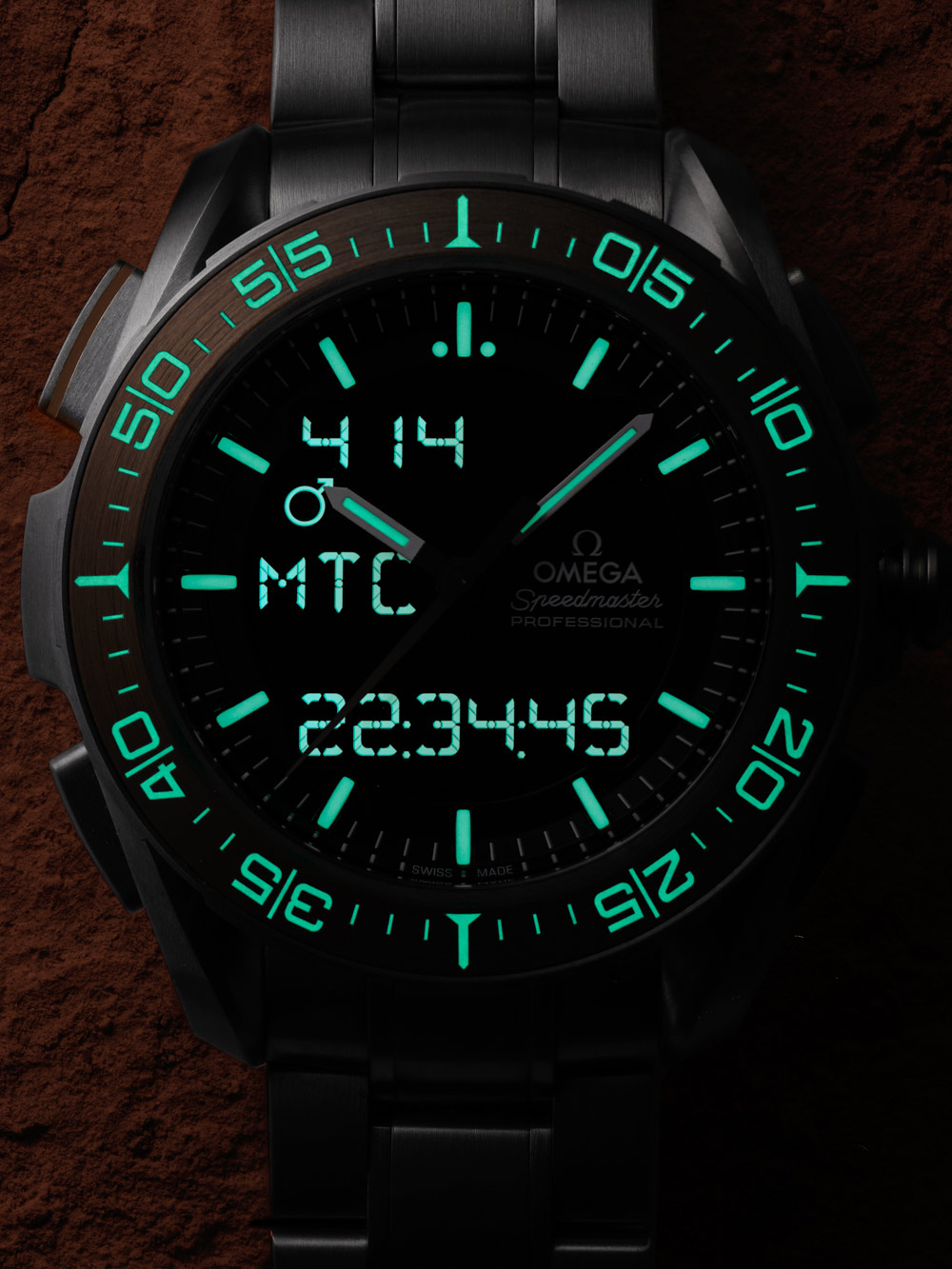 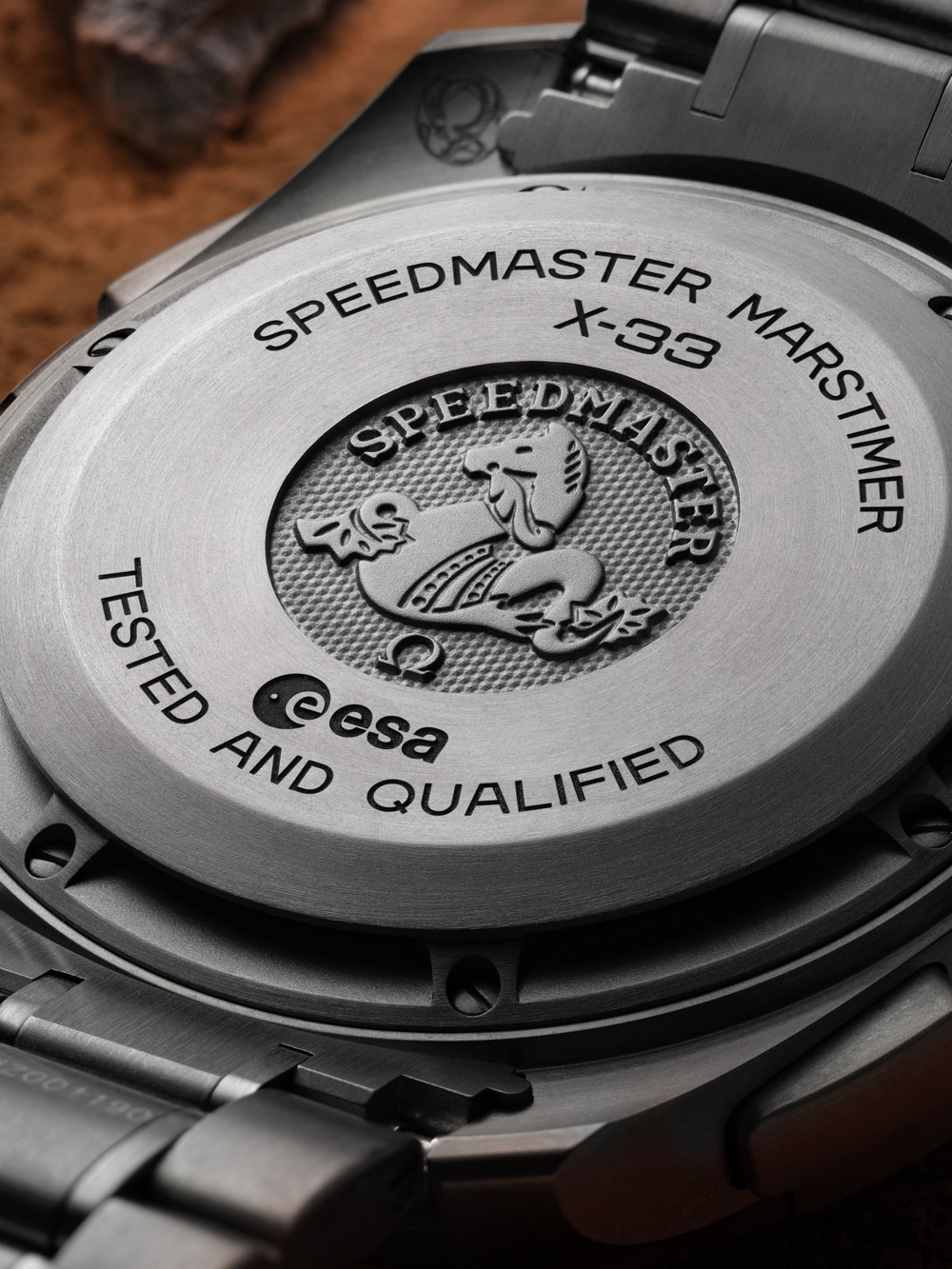 These discrepancies have to be accounted for by the X-33 Marstimer and so Omega have worked in close collaboration with the European Space Agency (ESA). In fact, the ESA is credited on the watch’s commemorative caseback. The solution was to root the MTC function to Mars’ Prime Meridian, the internationally agreed point for 0 degrees longitude on Earth the Prime Meridian is Greenwich Mean Time. In a weird way the MTC is reminiscent of a GMT watch function because it provides a way of displaying a second time zone, it just so happens that the second time zone is on a different planet.

The information is displayed through a combination of an LCD screen and traditional hour, minute and chronograph second hands – a format known as an anadigi display. A nice aspect of the LCD screen is that it has a black colouration, blending in with the matte black finish of the peripheral hours and minutes scale. 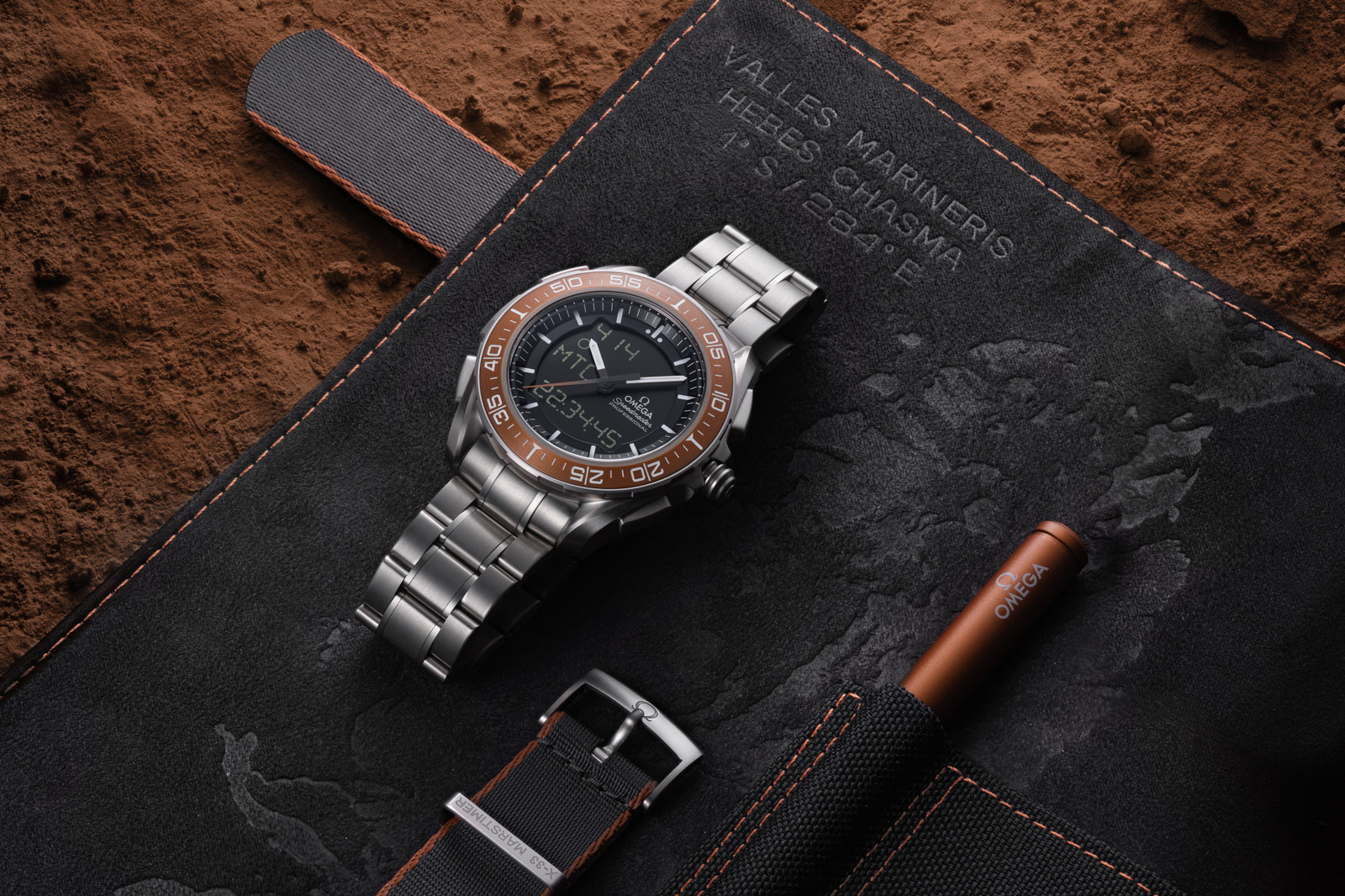 In terms of the Omega Speedmaster X-33 Marstimer’s structure, it has a large 45mm diameter case made from grade 2 titanium. Titanium is a super lightweight and durable material that’s frequently used in spacecraft and devices designed for use in space, making its use here highly appropriate. The watch’s bezel is instead made of anodised aluminium in a dusty red colour evocative of the surface of Mars. It’s presented on a titanium bracelet, although it comes with a dedicated NATO strap.

Powering the piece is the calibre Omega 5622, a quartz movement that has undergone testing and qualification by the ESA. In addition to MTC function, the movement also has a new Solar Compass complication that allows the wearer to find true north on both Earth and Mars. Plus, there’s the regular functions of the X-33 including chronograph, calendar, MET (mission elapsed time) and PET (phase elapsed time). 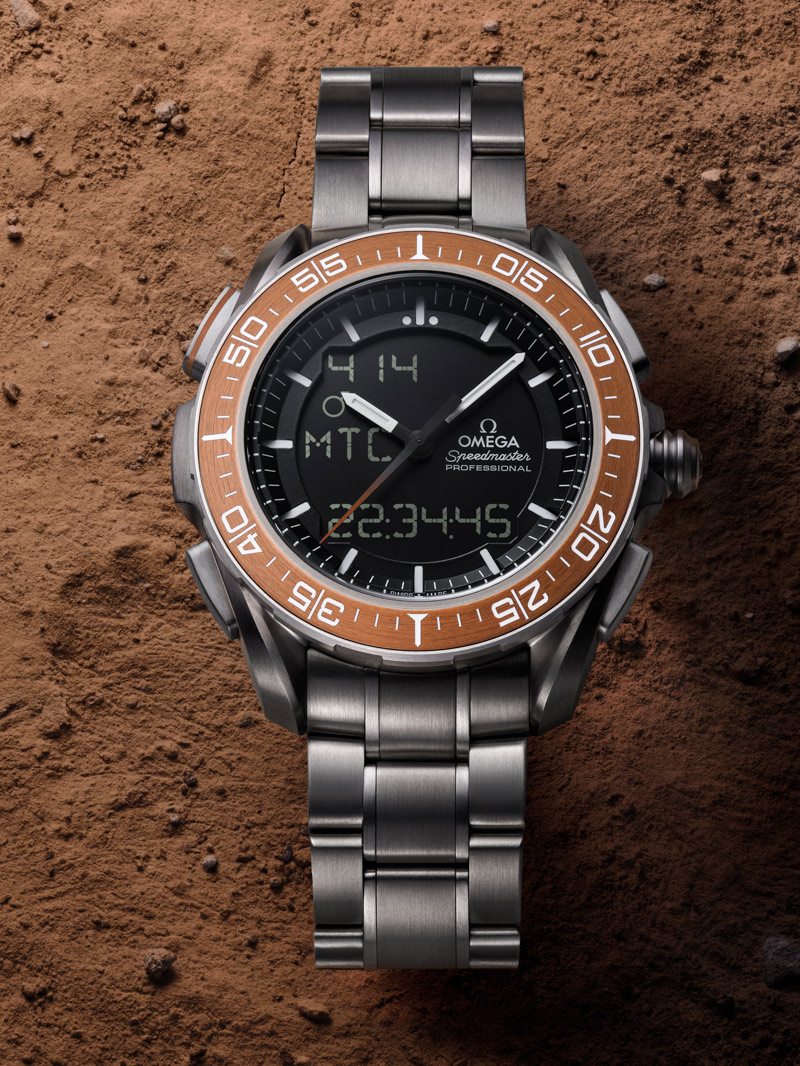 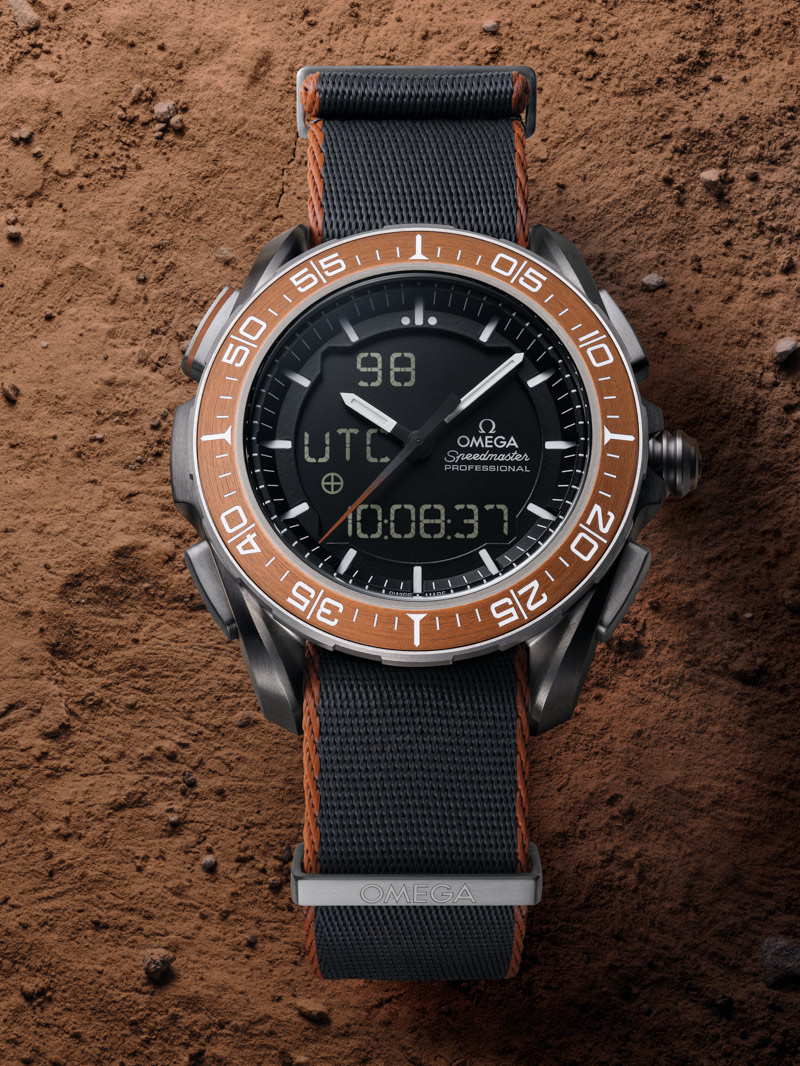 This Mars-ready timepiece has a price tag of £6,000. While it may be several years before a manned mission to the surface of Mars is possible, with technology like the X-33 Marstimer, the mysteries of the Red Planet become a little clearer.