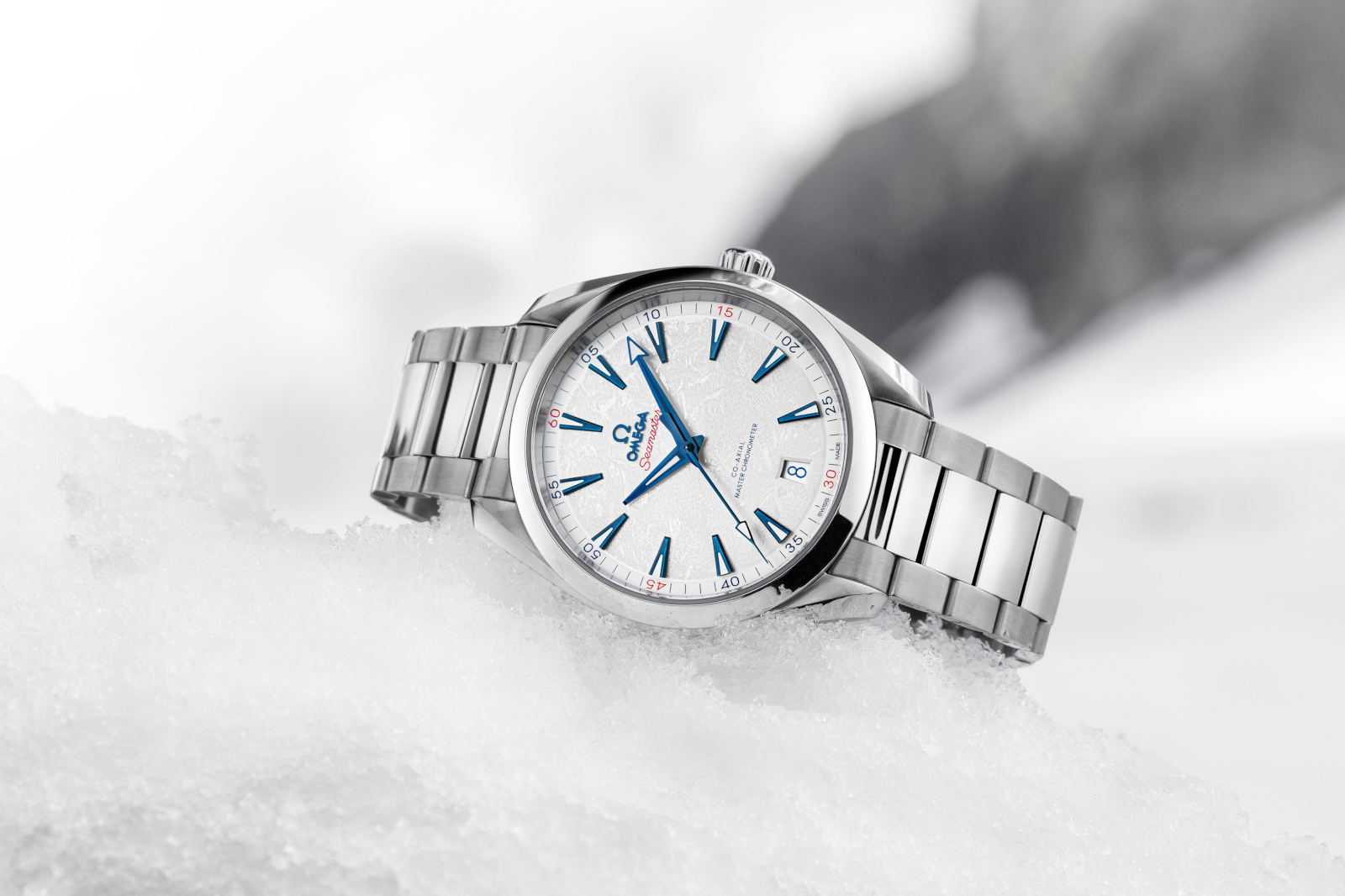 Earlier this year we published our list of the Top 5 Olympic Level Omega Watches, it included some of the most unique and interesting timepieces that Omega have released for the games over the time they’ve performed the role of official timekeeper. However, we might have to admit that that list is already out of date, because Omega have released a new Olympic edition watch and it makes a strong case for taking one of those Top 5 spots. This is the Seamaster Aquaterra Beijing 2022 Winter Olympics watch.

The Aquaterra DNA is very strong in this watch. It has the signature, rounded stainless steel case with a diameter of 41mm and a matching steel bracelet. The shape of the hour markers and hands are likewise classic Aquaterra, with distinctive triangles and an arrowhead minute hand. We’ve even seen the blue markings on a white dial before. 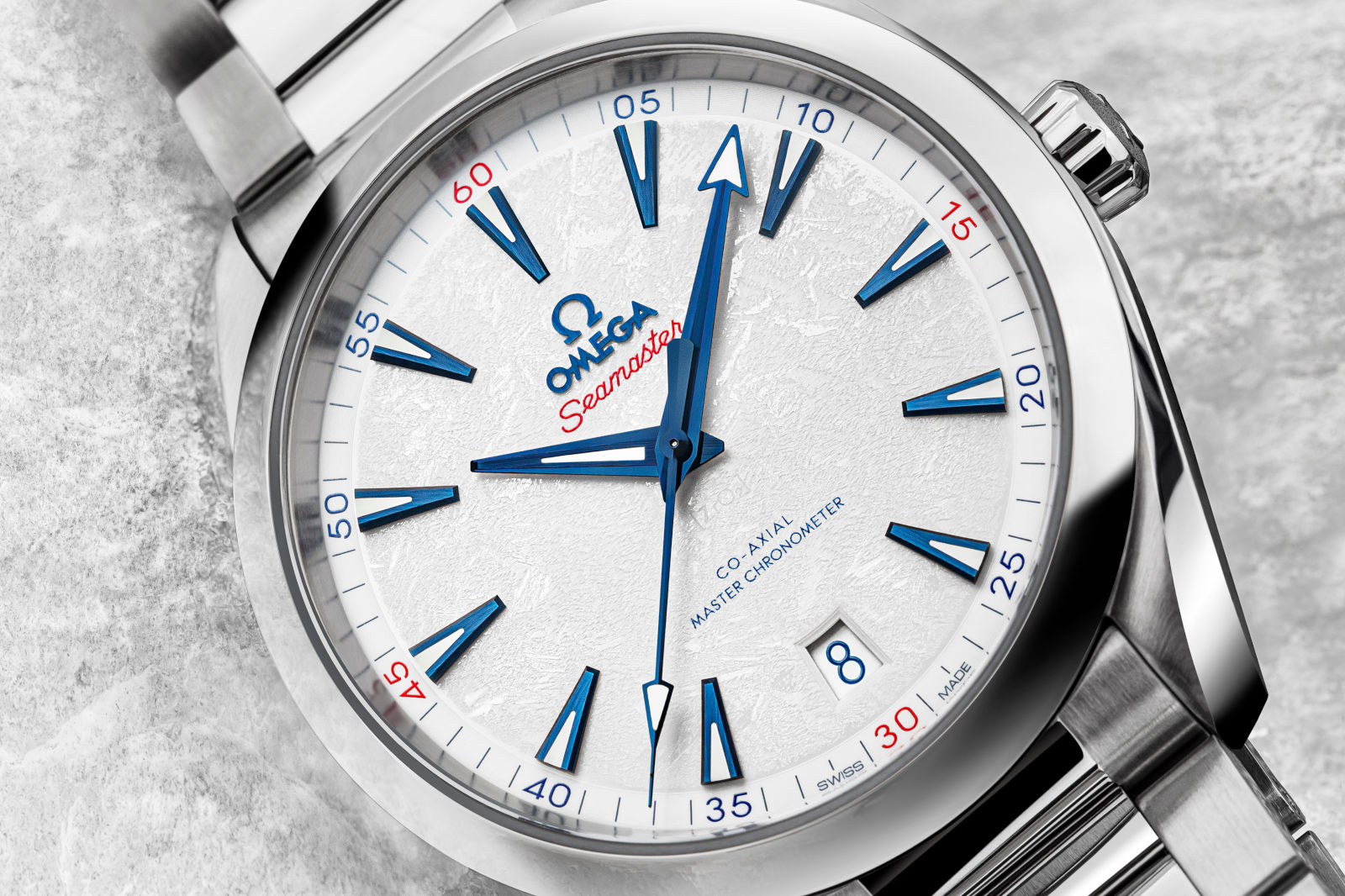 However, what makes this watch stand out as genuinely unique amidst the dozens of Aquaterras in the collection is the dial, which is made from ceramic. Omega have given it a frosty white ice texture that looks amazing. It’s not quite Grand Seiko Snowflake level (or the more recent Shizuri-Yuki) because it lacks any sort of three dimensionality, but I’m not sure that matters as it captures a different type of wintery scene. 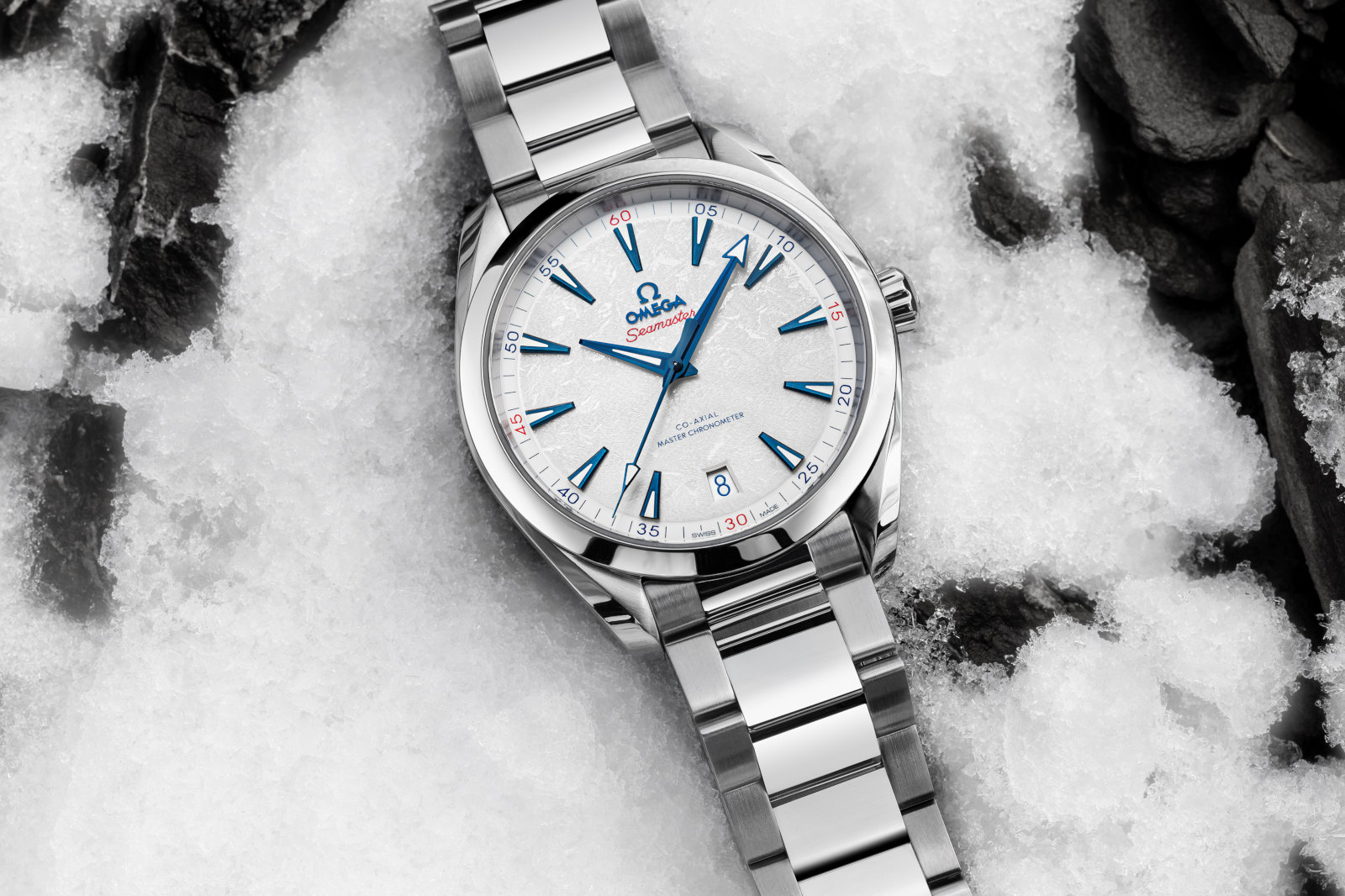 It’s more of a frost across water aesthetic, maybe with small snow drifts lying on the ice. It’s a winter morning that makes you want to go out and ice skate or ski, as opposed to one that has you huddled by the fire. And that’s what the Winter Olympics is all about so they’ve captured that really well. Omega have done funky dialled Aquaterras before, including for the Tokyo Olympics this year, they’ve even done nature themed dial before but they’ve always been stylised in some manner. The Seamaster Aquaterra Beijing 2022 Winter Olympics doesn’t ‘symbolise’ ice, it’s meant to look like the real thing. 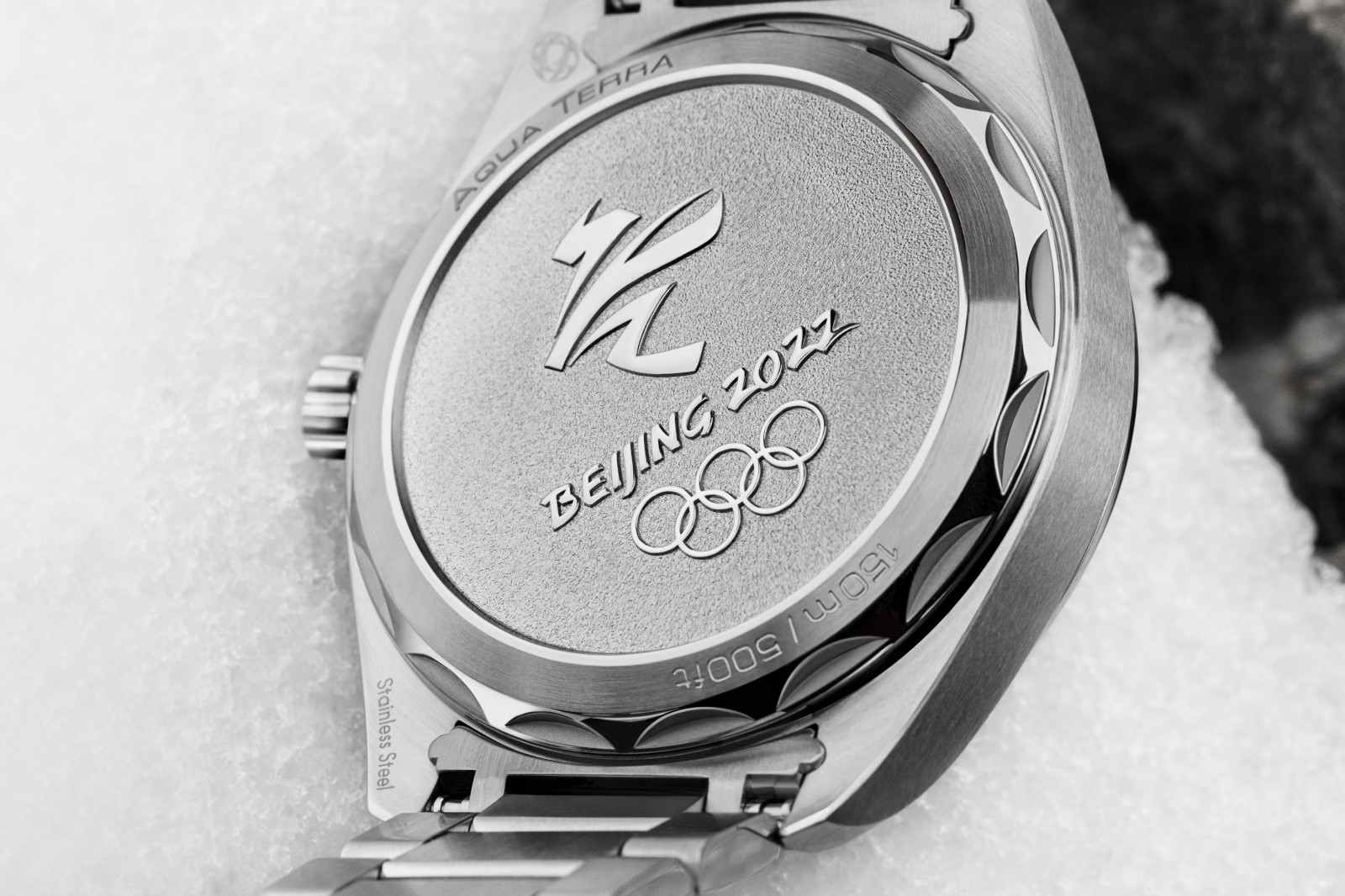 Then on top of the style of the piece, it houses an in-house Omega movement. It’s the calibre 8900, which as you may expect is an automatic co-axial master chronometer. It has a 60-hour power reserve and 15,000 gauss magnetic resistance. My only criticism is that you can’t see the beautiful Geneva wave in arabesque finishing because the watch has a solid caseback, albeit one with a custom Olympic engraving.

I would go as far as to say that this is one of the nicest Aquaterras Omega have produced recently, let alone one of the best Olympic watches they’ve created. It costs £5,280, which isn’t bad at all considering a regular full steel Aquaterra is £4,910. That’s only a £370 difference and you’re getting a special edition with a dial that you can’t get anywhere else.