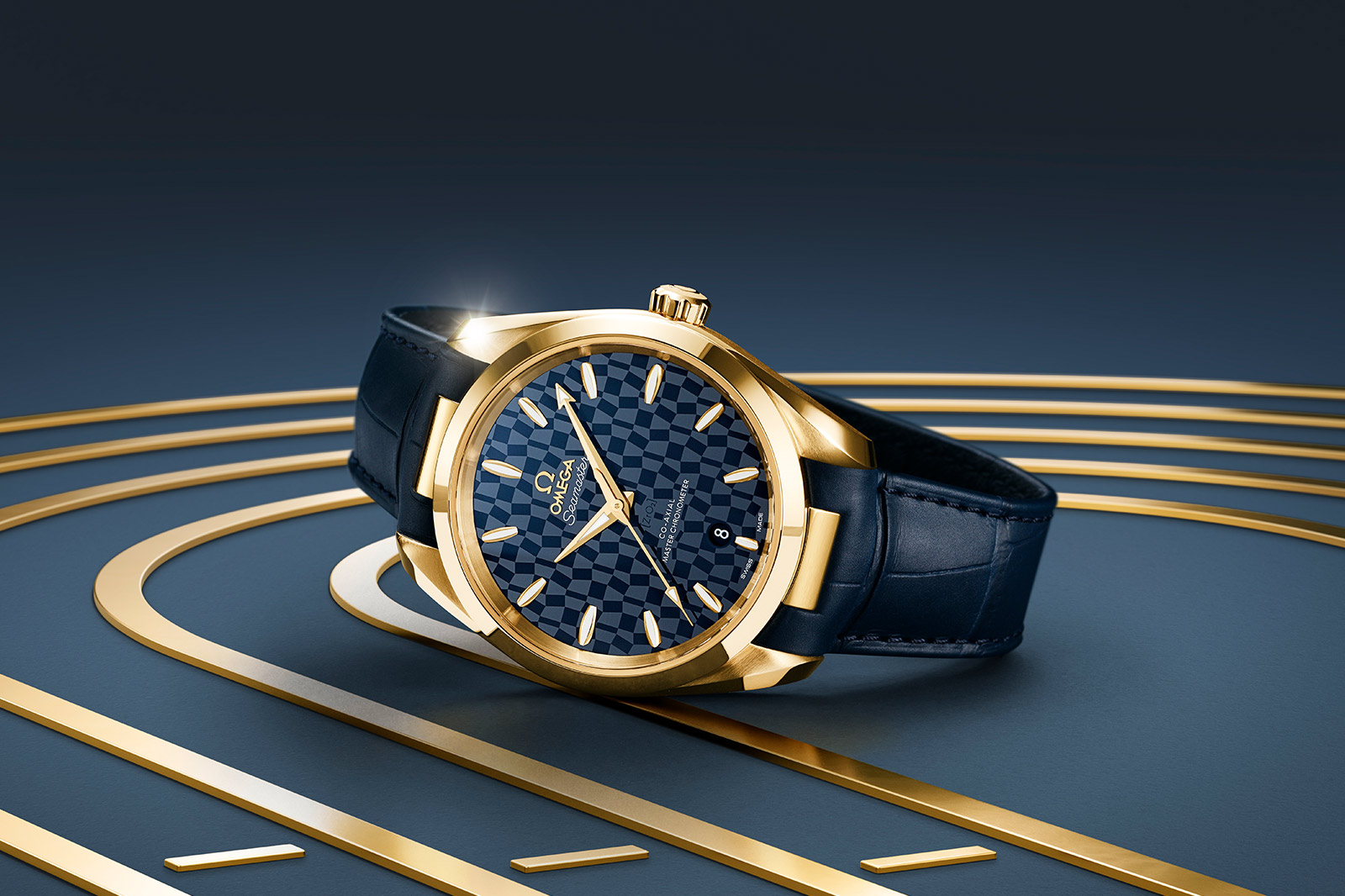 Omega have been the official timekeepers of the Olympics since 1932 so we’ve grown used to seeing a handful of Olympic themed watches from them every four years. They’re some of the coolest commemorative watches around and it’s always exciting to see what Omega have up their sleeves. Of course, global circumstances have led to a delay in the Tokyo 2020 games but we’ve been rewarded for our patience with two new Aqua Terras that celebrate the foremost athletics competition in the world.

On the face of it, the two new watches appear exactly the same. They both have 18k yellow gold cases with smooth, sweeping lines – sized at 41mm and 38mm respectively. Nominally this means one is a men’s edition and the other women’s but honestly there’s such little stylistic difference that anyone can wear either. 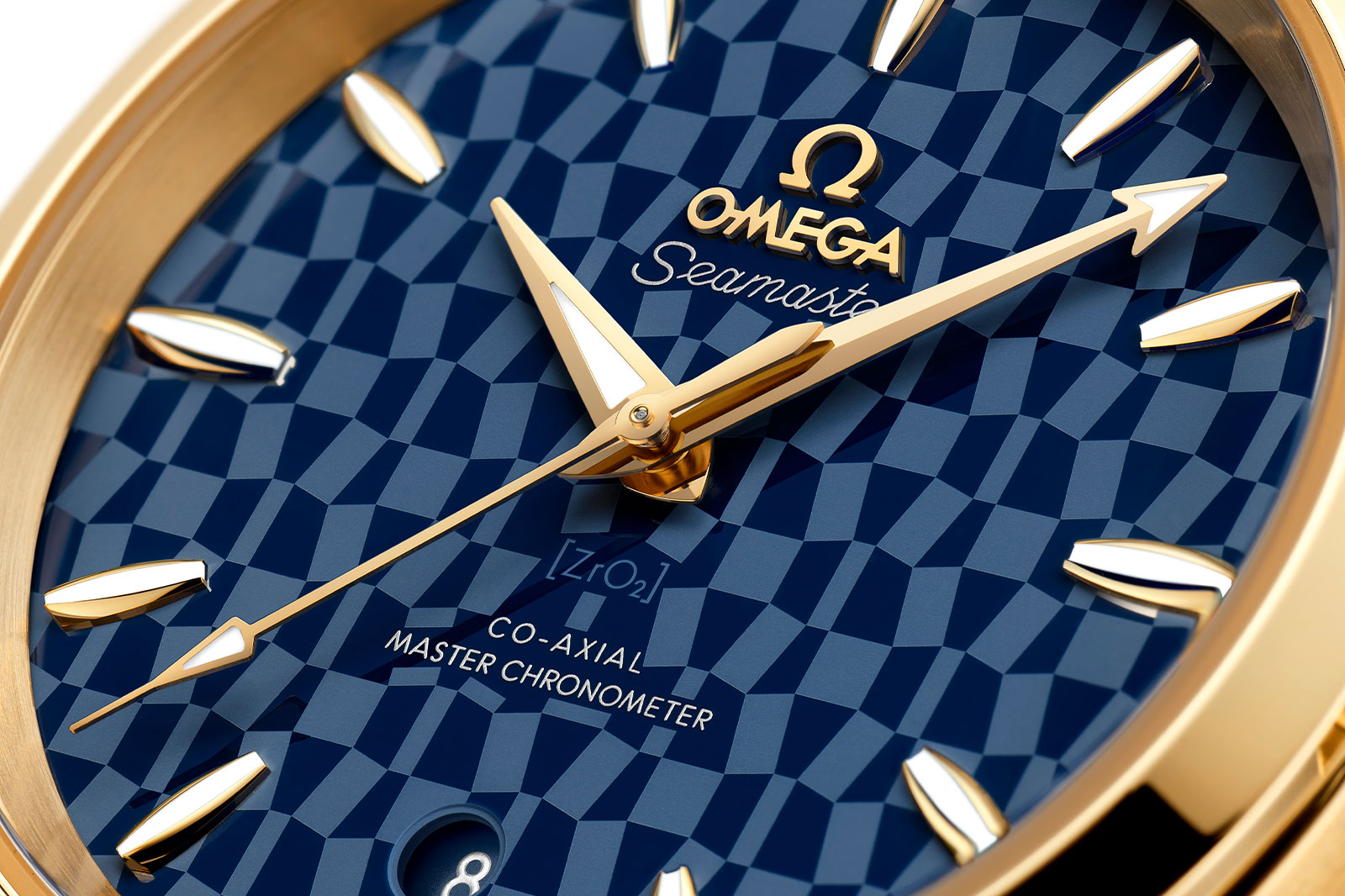 They also share the same dial design, a random chequer board pattern in blue inspired by the Tokyo 2020 logo. The pattern was first used on the limited edition steel Olympic Aqua Terra that Omega announced previously. An interesting thing to note is that despite being gold and arguably more special than the steel version, these new Aqua Terras are not limited editions. 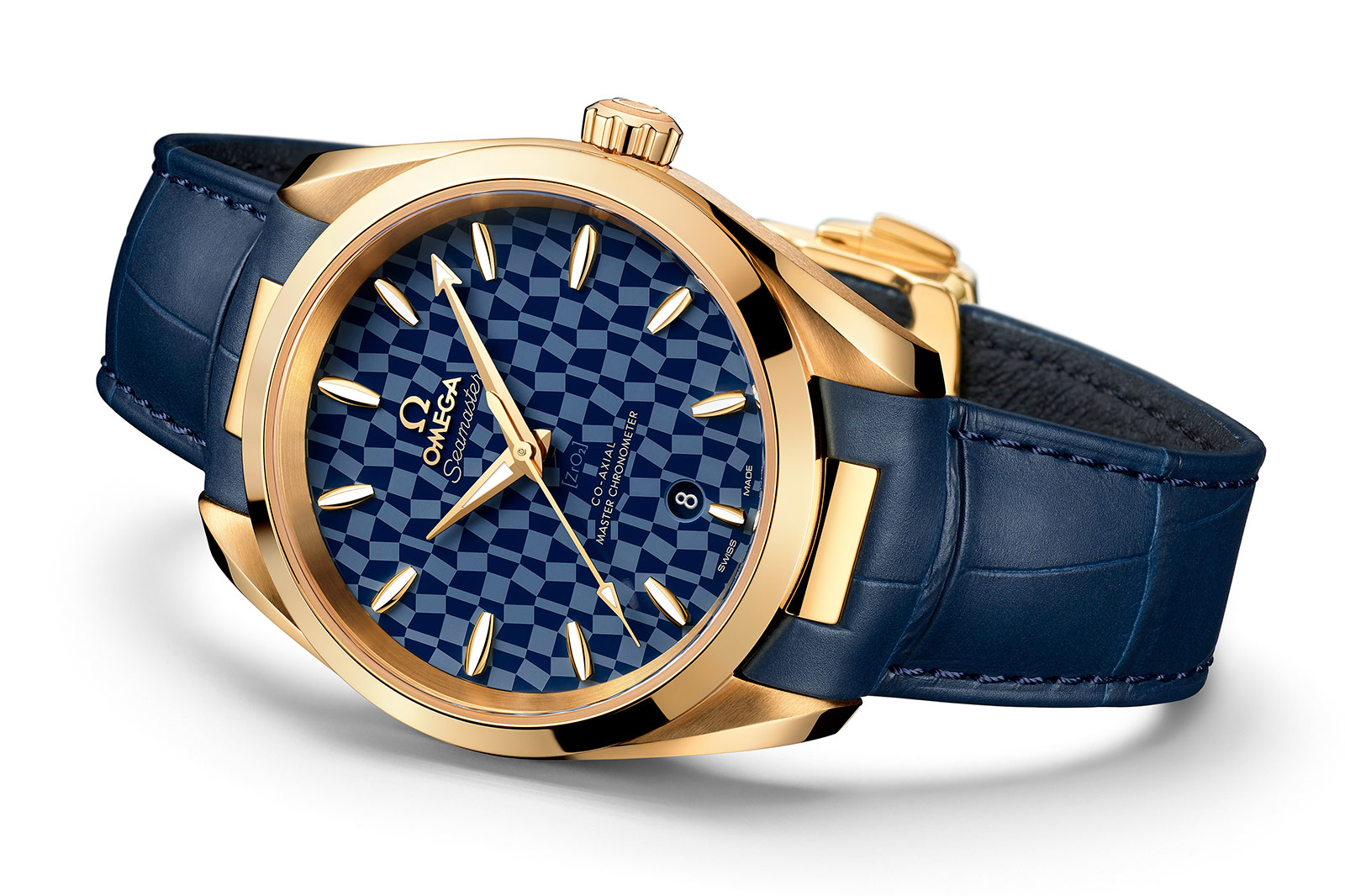 However, looking closer at the dials you begin to spot several differences between the two watches. First of all, the date windows are different shapes; the 41mm version has a trapezoid aperture while the 38mm’s is circular. Secondly, the hour markers are also shaped differently with the larger watch having triangles and the smaller, ovals, both filled with lume. Lastly, the 41mm has an additional minute scale with Arabic numerals around the edge of the dial, which is absent on the 38mm. 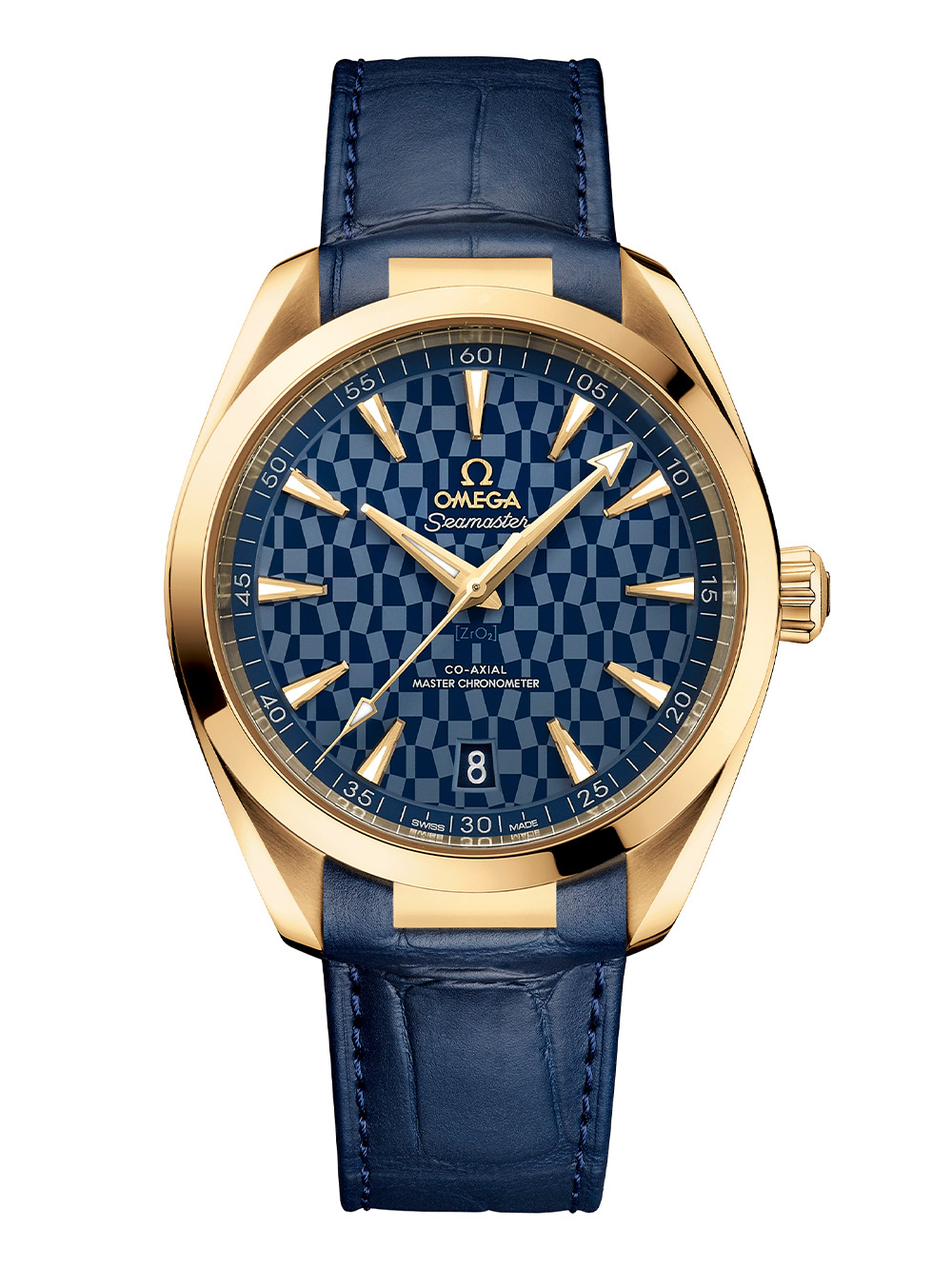 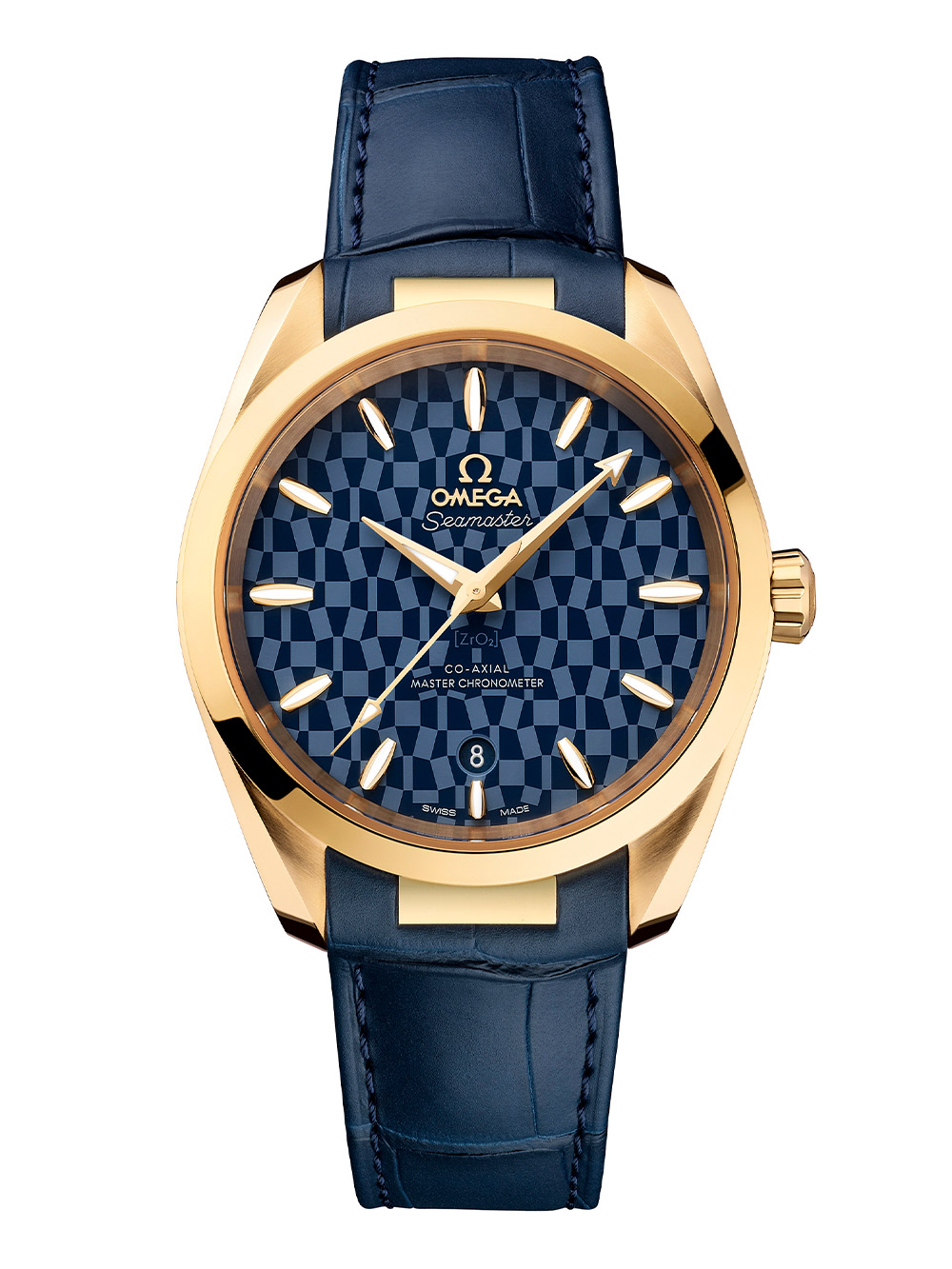 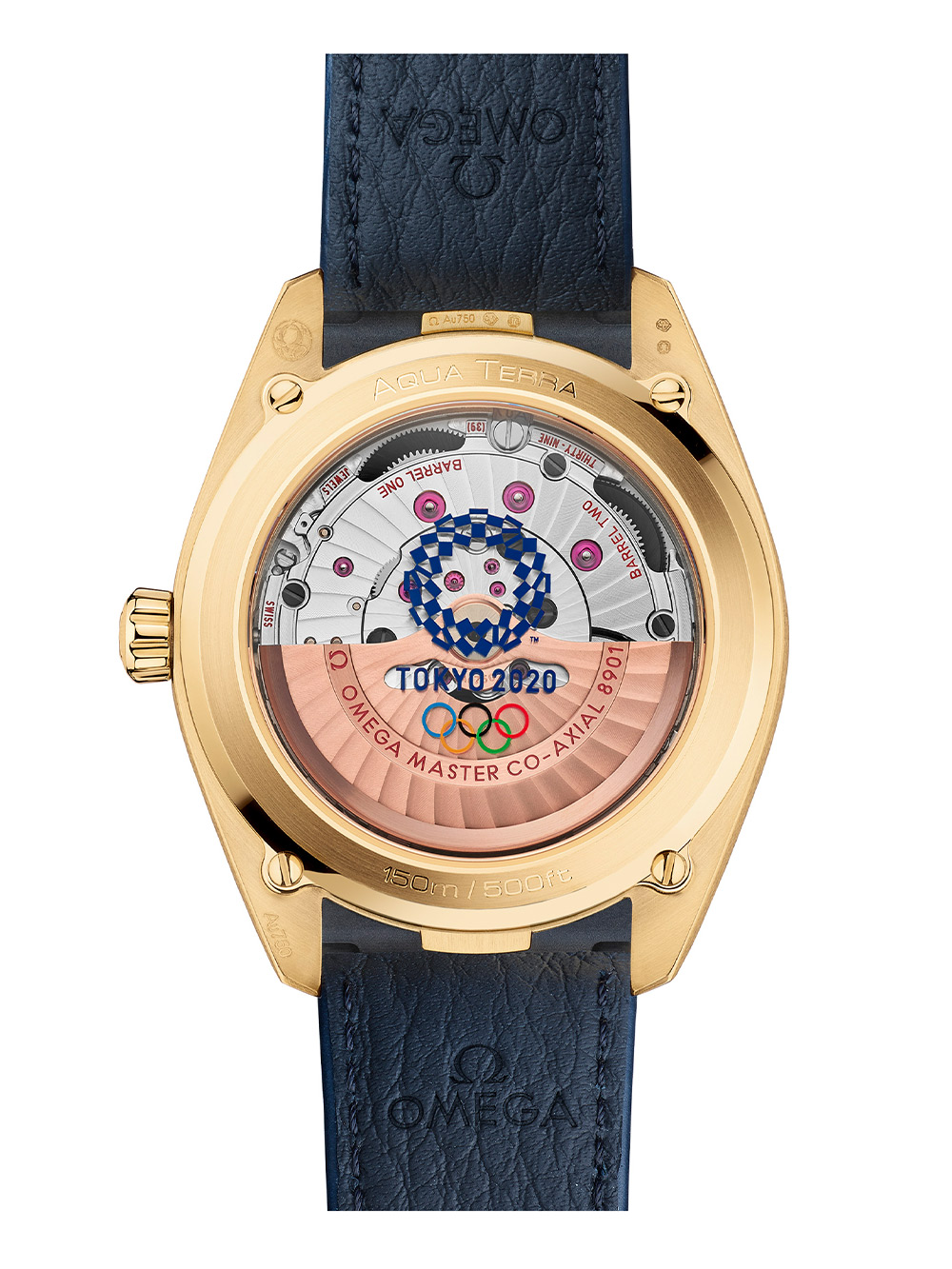 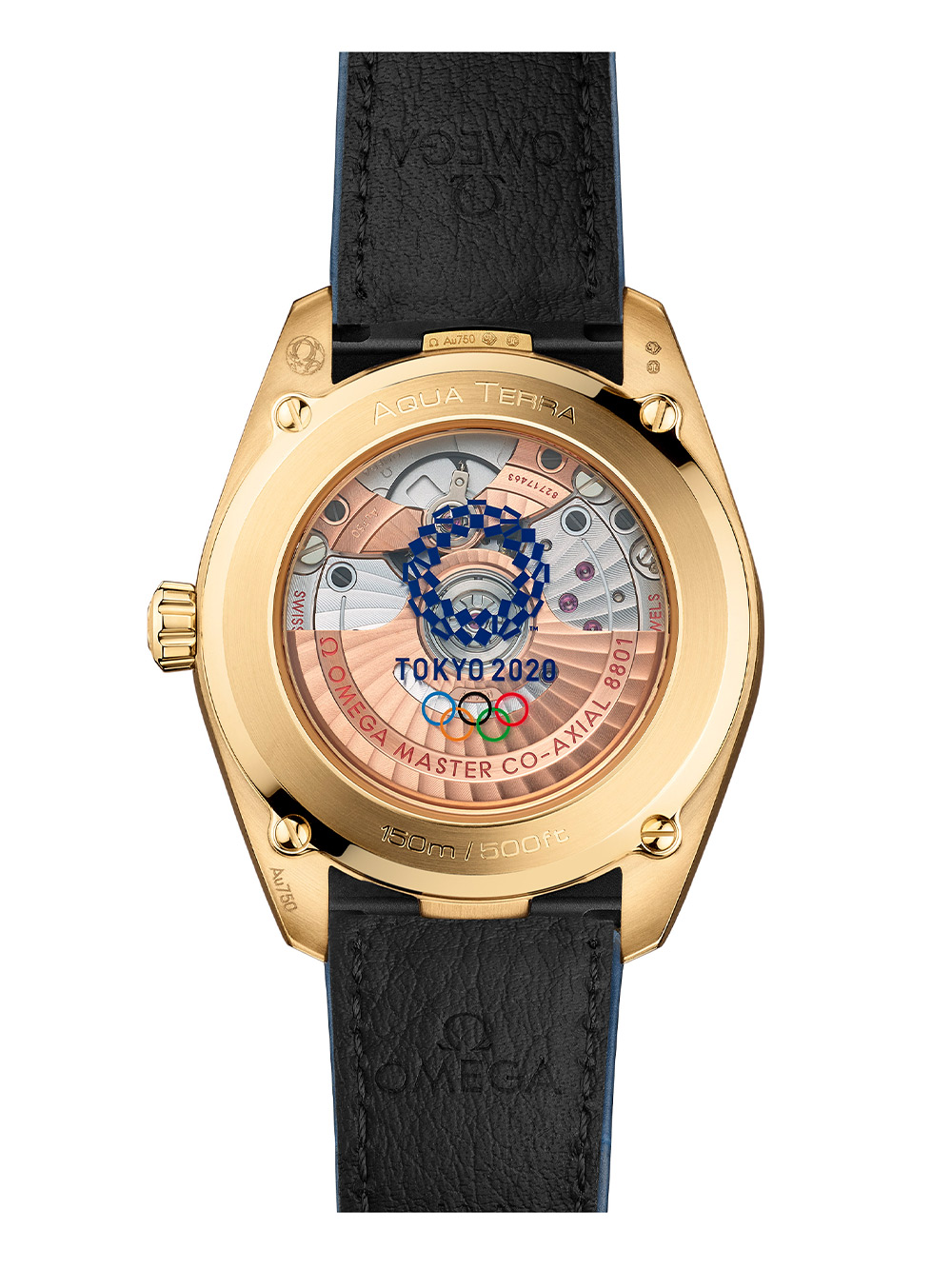 Additionally, because of the size difference between the cases, different calibres can be found in each. The 41mm has the 8901 while the 38mm has the 8801, both of which are master chronometer certified so they come with all the lovely accuracy and magnetic resistance that that entails. The only downside, if you can even call it that, is that the 8801’s power reserve is five hours shorter than the 8901 bring it down to, shock-horror, 55-hours as opposed to 60. An issue it is not. 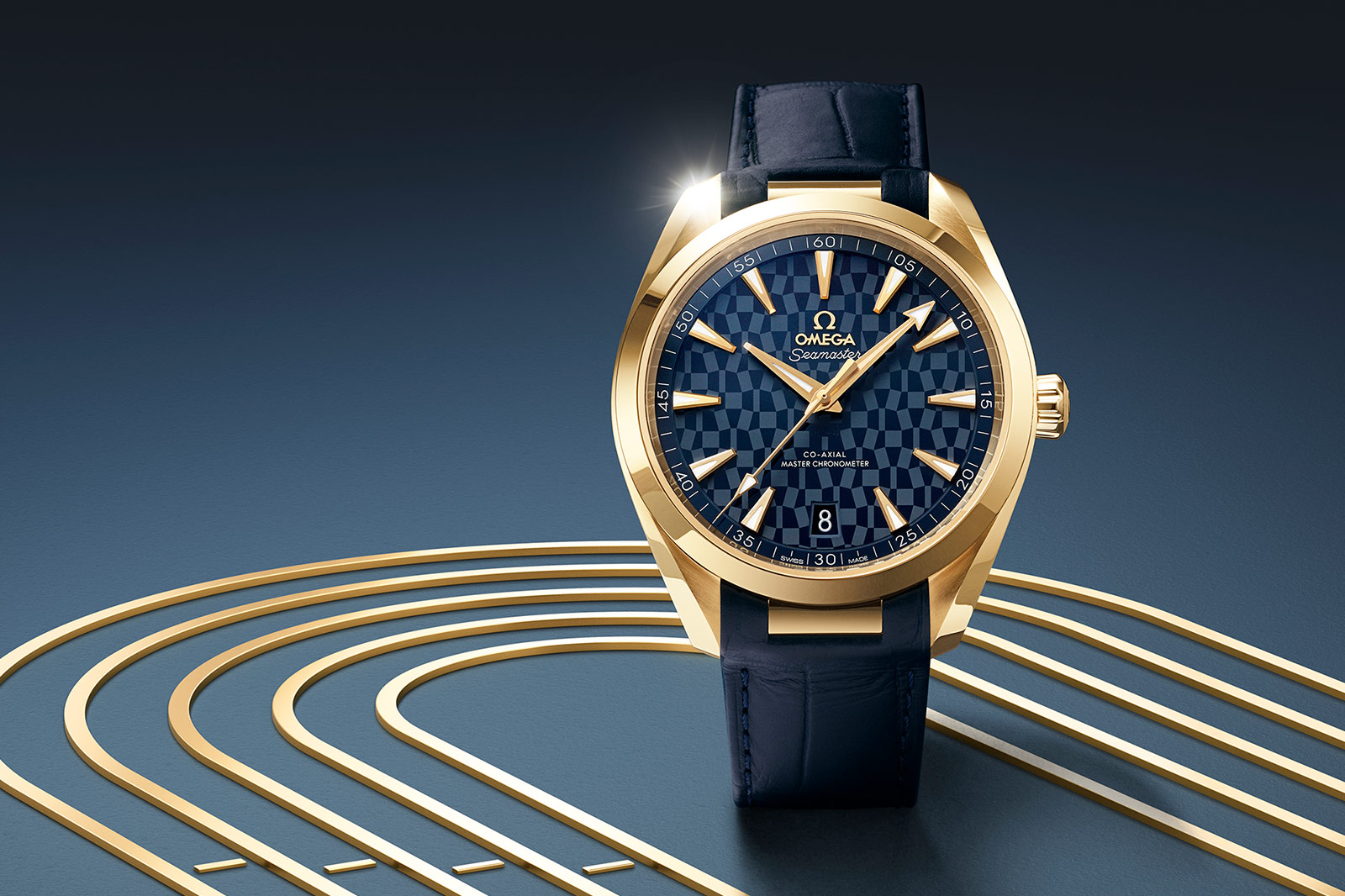 The Olympics and their partners, like Omega, have always done a really good job at creating cool and exciting merchandise to go alongside the games (I still have my plushy mascot from 2012 tucked away on a bookshelf) and these Aqua Terras are plenty stylish too. However, while I might spring for a mascot, I’m not so sure I’d go for a £15,240 commemorative watch, even if they are gold – and it’s actually £15,850 if you opt for the larger version. Yachting is one of the rare activities that has a watch complication dedicated to it: The Regatta... Omega and the Olympics are one of the greatest watchmaking partnerships of all time, here's 5 of... A combination of diving and dress watch styles that lives for sunny weather and luxury yachts.