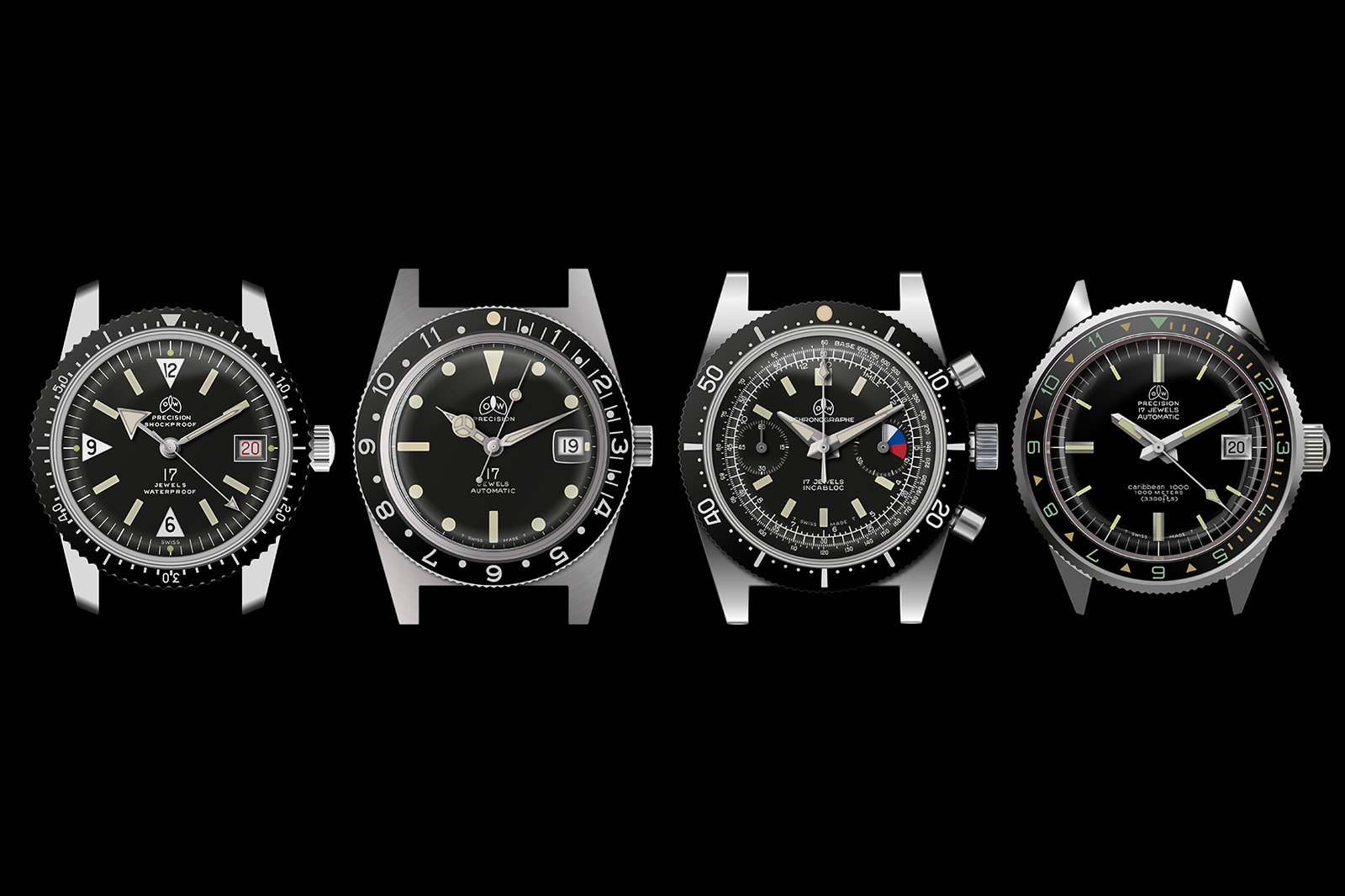 Ollech & Wajs (OW) have a story that’s not uncommon in modern watchmaking. They were a powerhouse of Swiss horology in the 1960s but were forced to close during the Quartz Crisis.

However, the name and brand were revived in 1995 by the original founder Albert Wajs with a new selection of watches and modern timepieces like the P-101. Now though, they’re reclaiming their heritage with a series of artworks by Bjoern Altmann depicting vintage OW models. 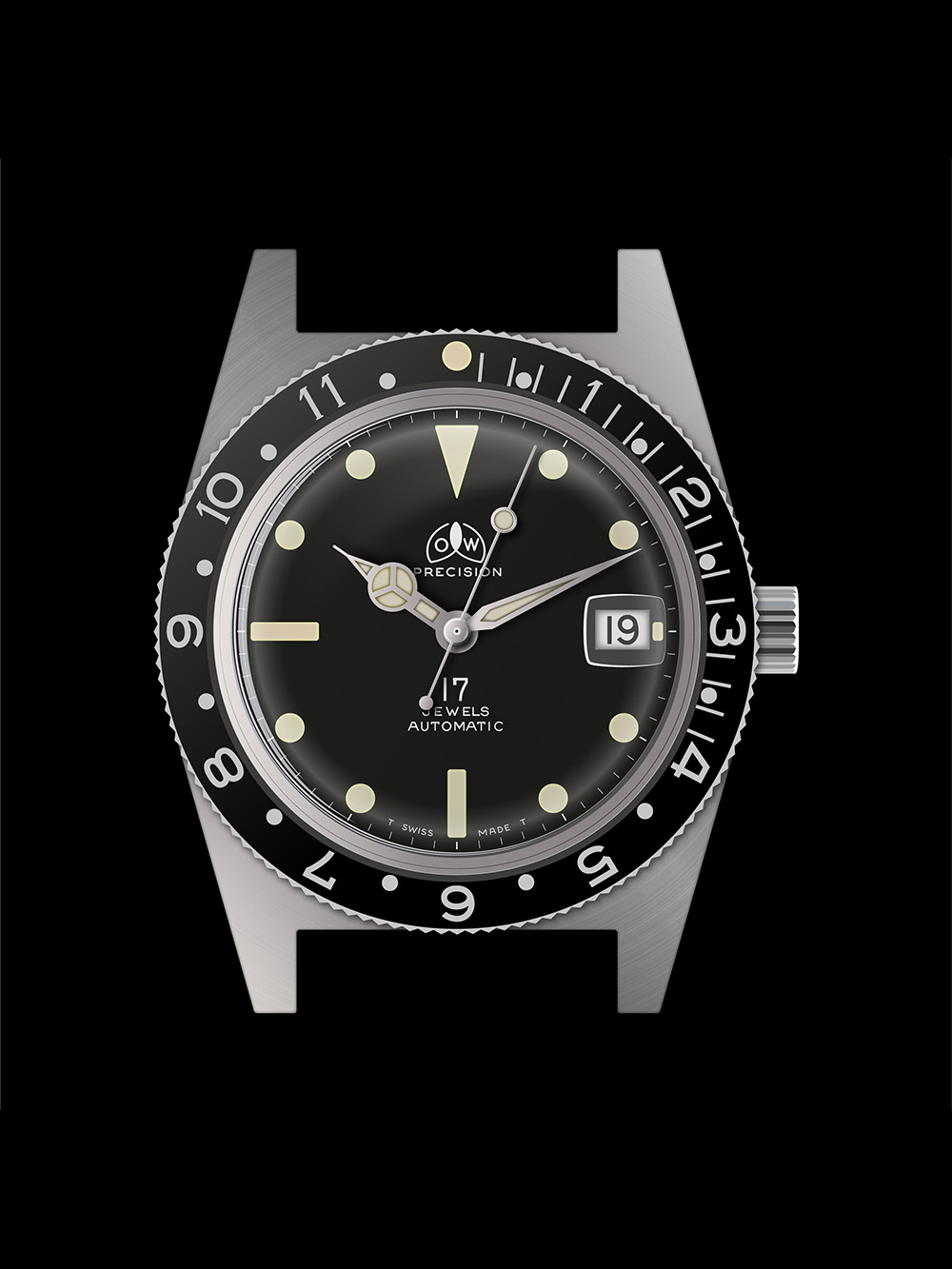 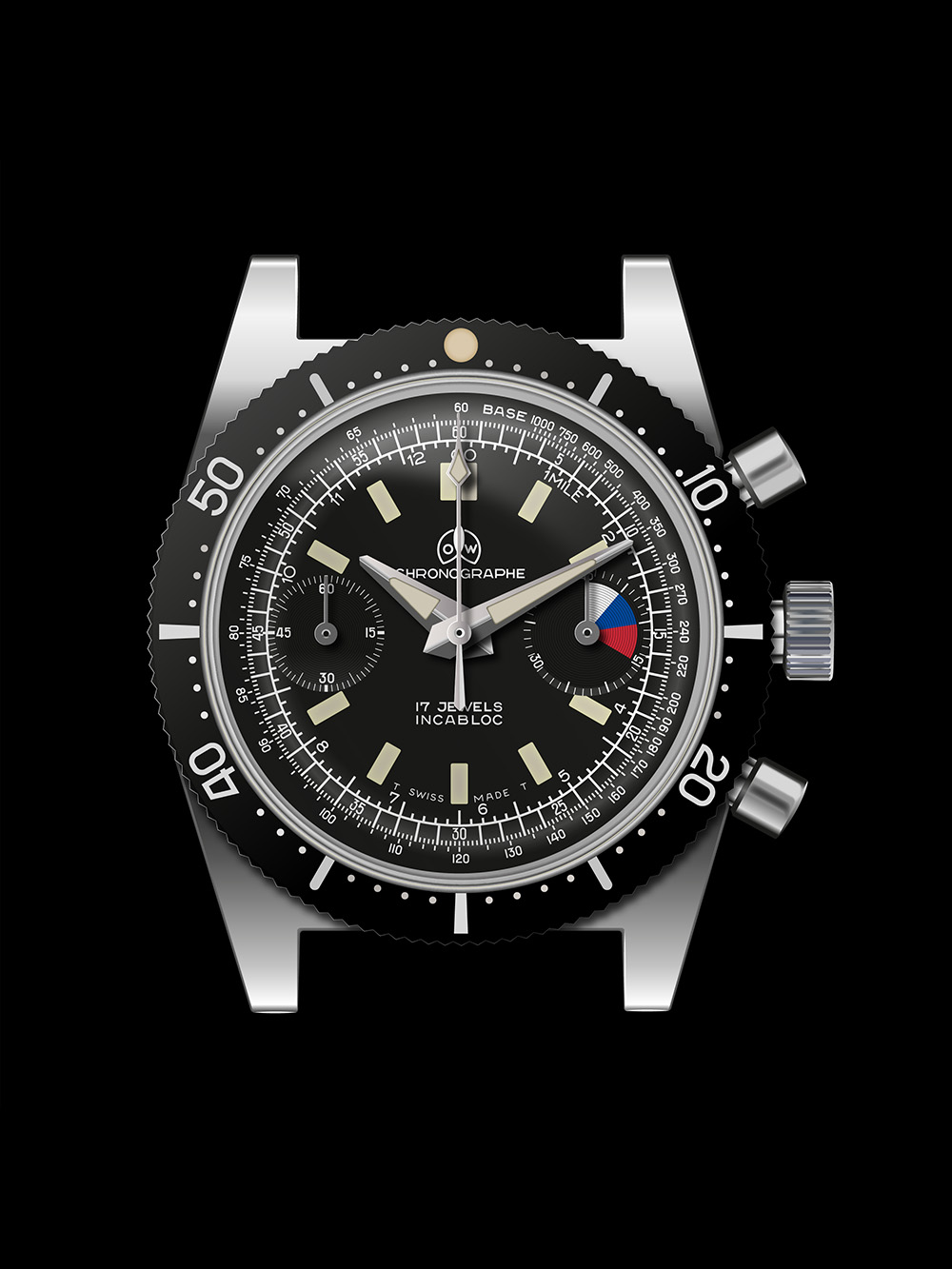 The artworks are photorealistic representations of key OW watches as they would have been at their release in the 60s and 70s. These reconstructions are based on archive information and what limited images are available, making the artworks the most pristine images of the watches available. That’s because there are virtually no unblemished examples of these retro watches in existence, as is the nature of vintage daily wear and military tool watches. 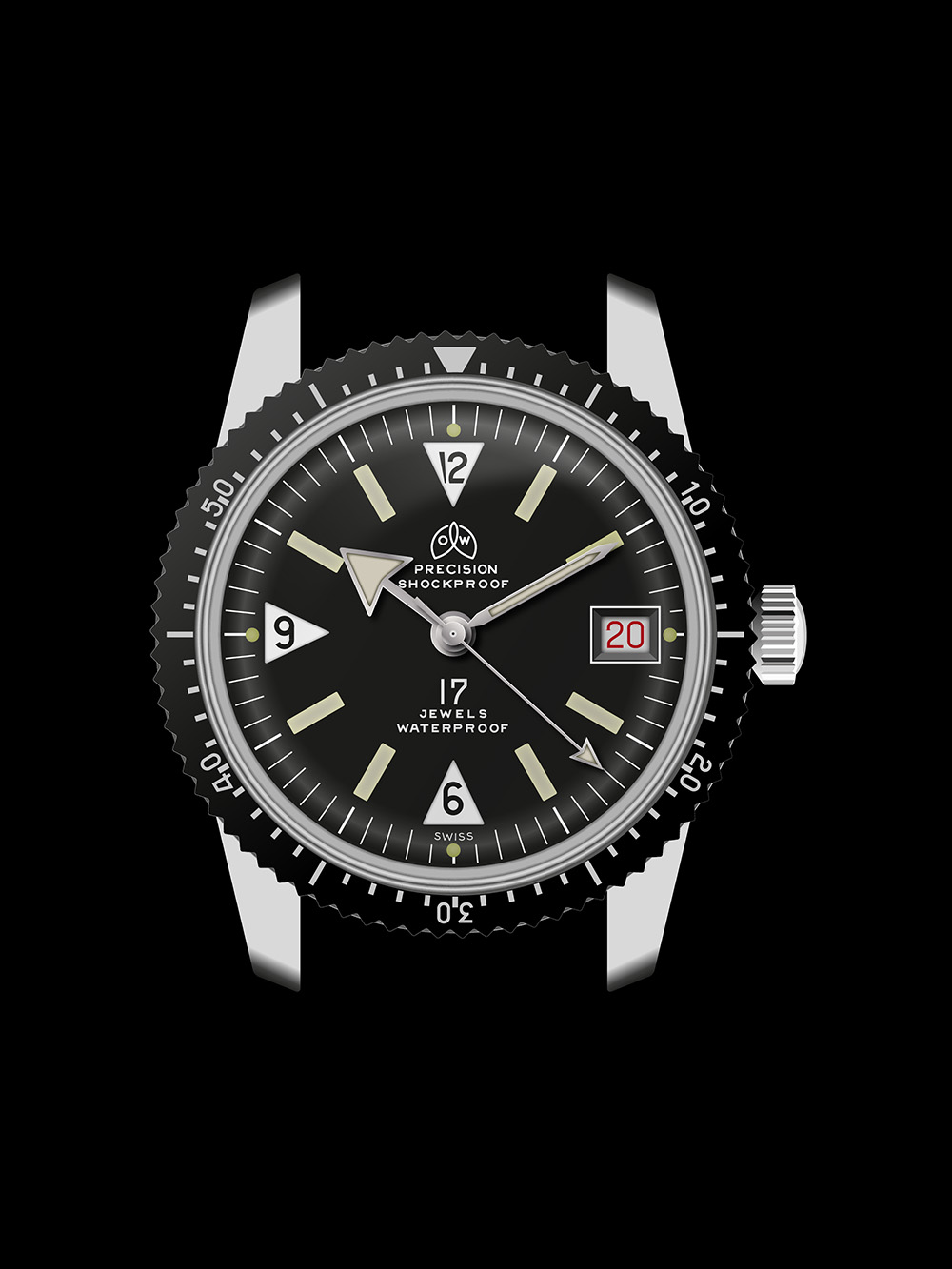 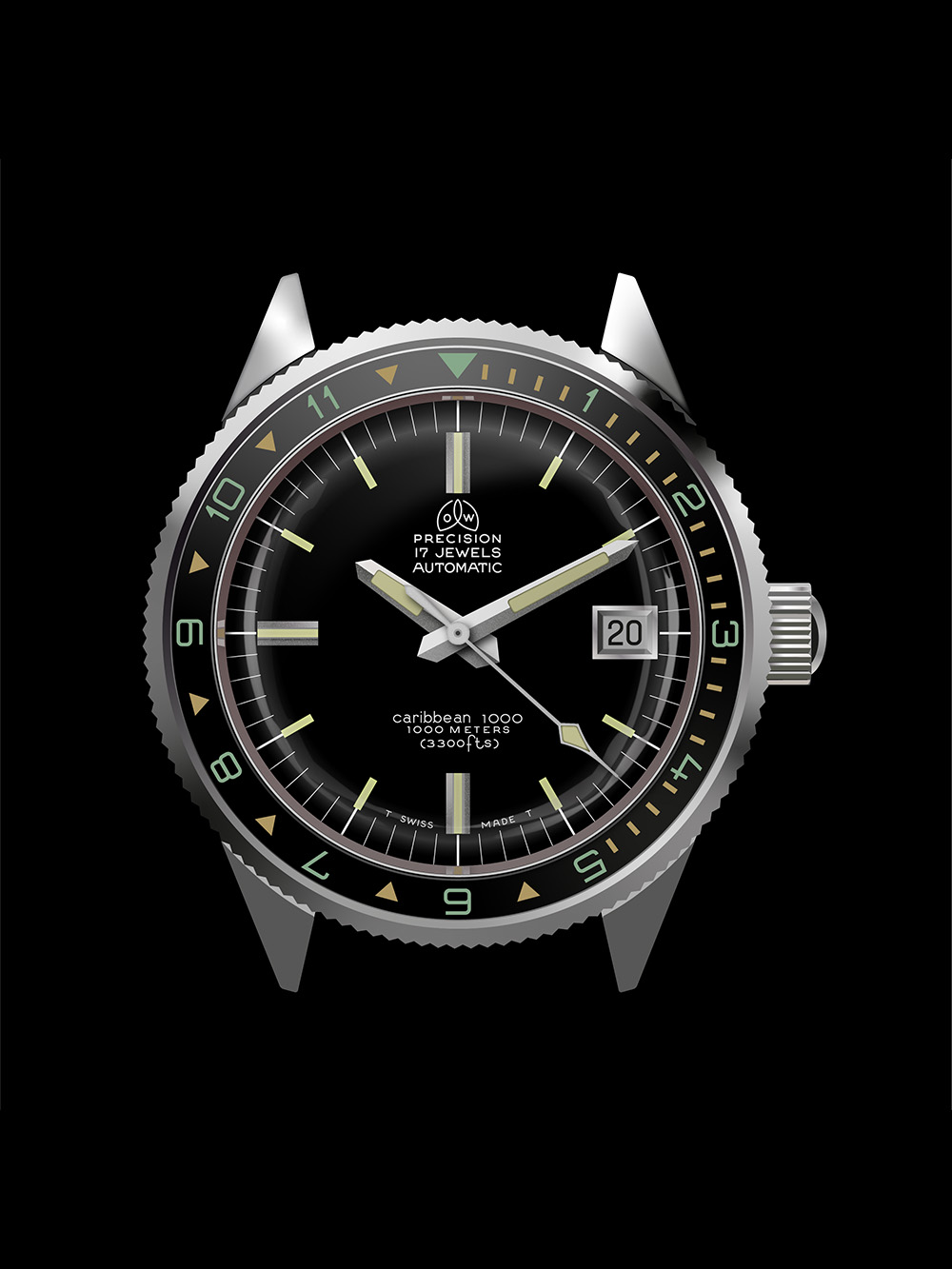 Each watch featured in the art is a historically significant piece in the OW back catalogue. There’s the 1962 Aquaguard which saw service in the Vietnam war. The Navichron that was one of the first dual pusher chronographs with 200m water resistance. The 1959 Plongeur worn by notable astronaut Dr Anthony Llewelyn. And what’s arguably the most famous OW of all time, the Caribbean 1000 Ref. 702, a watch that beat many of the big Swiss watchmakers to a depth rating of 1,000m in 1964. 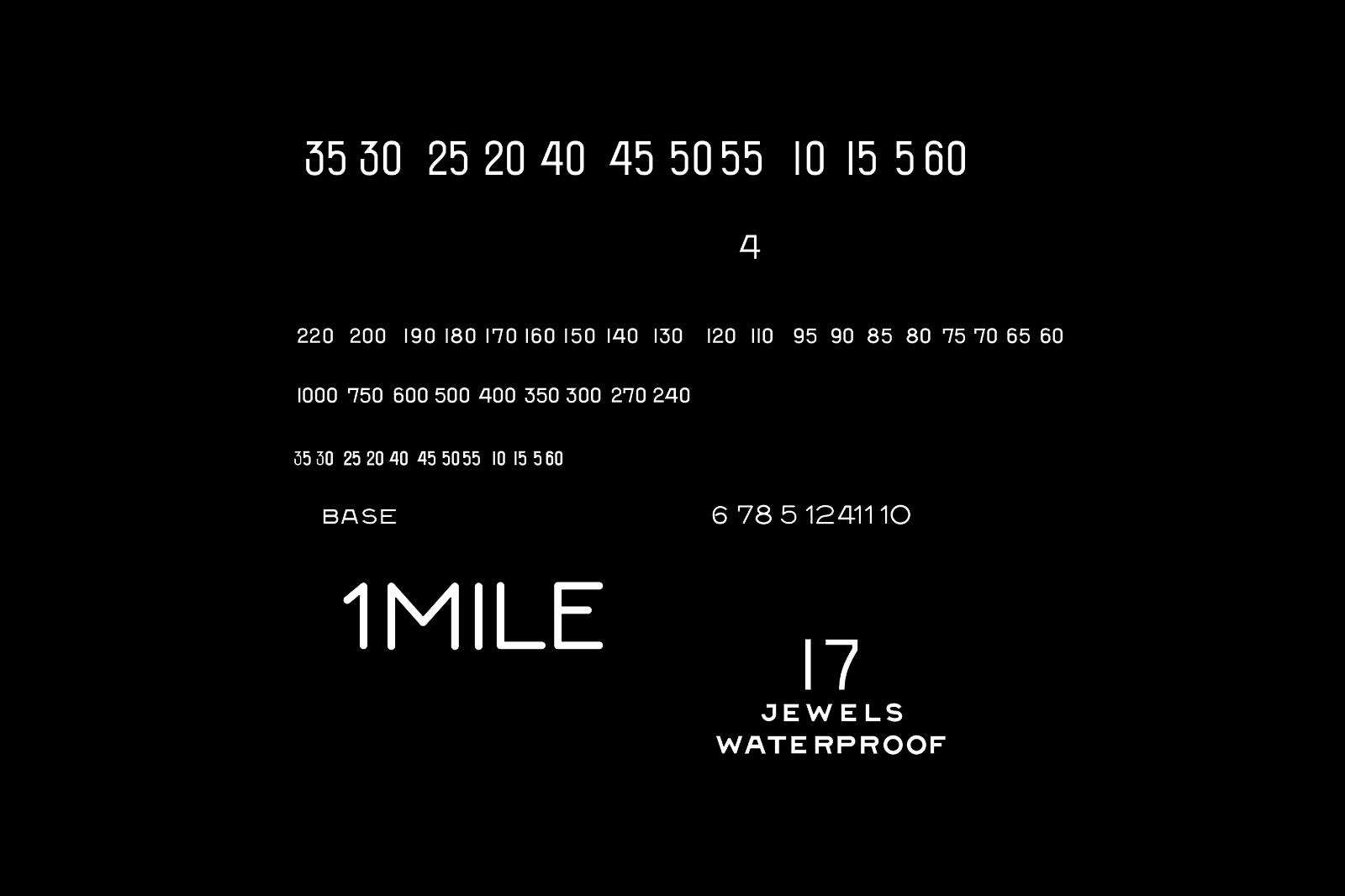 Alongside the full renders of these watches are a number of sketches and analytical observations regarding specific components of the watches.

Together with the main artworks, these create a comprehensive database and historical record of the watches, immortalising the brand’s heritage for all to see. Hopefully this will allow the modern OW to create accurate re-issues down the line, those would be amazing. 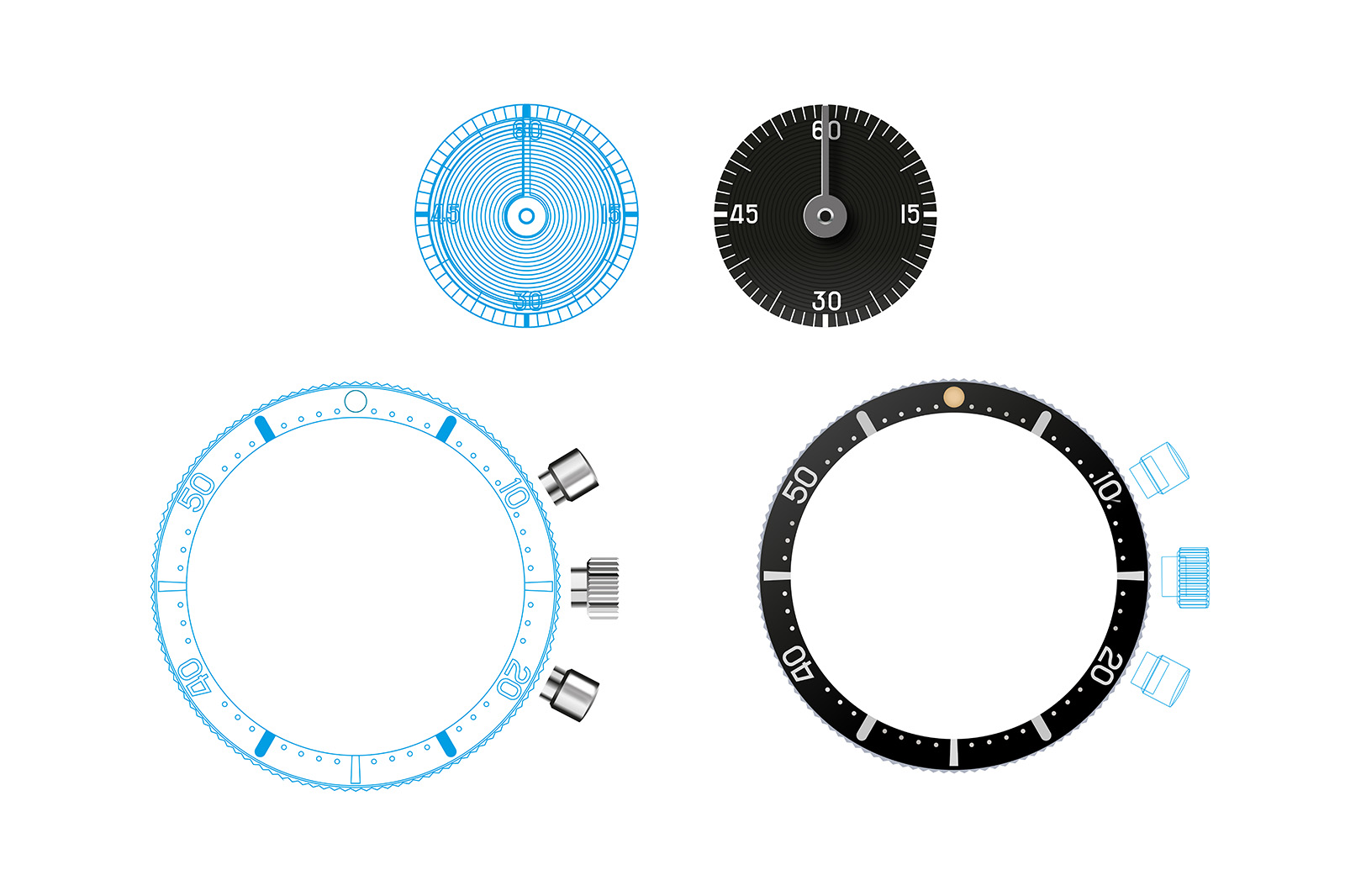 Leading the project was artist Bjoern Altmann, a specialist watch illustrator and typographer, as well as being a watch collector himself. Bjoern has also written journals about branding and typography for leading UK institution and he became interested in OW after exploring the tiny typography necessitated by compact vintage watches.

Originally of Austro-Hungarian origin, Carl Suchy & Söhne have a distinctive style inspired by...

Lemania’s military chronographs might be unheralded and unbranded, but their calibre certainly...