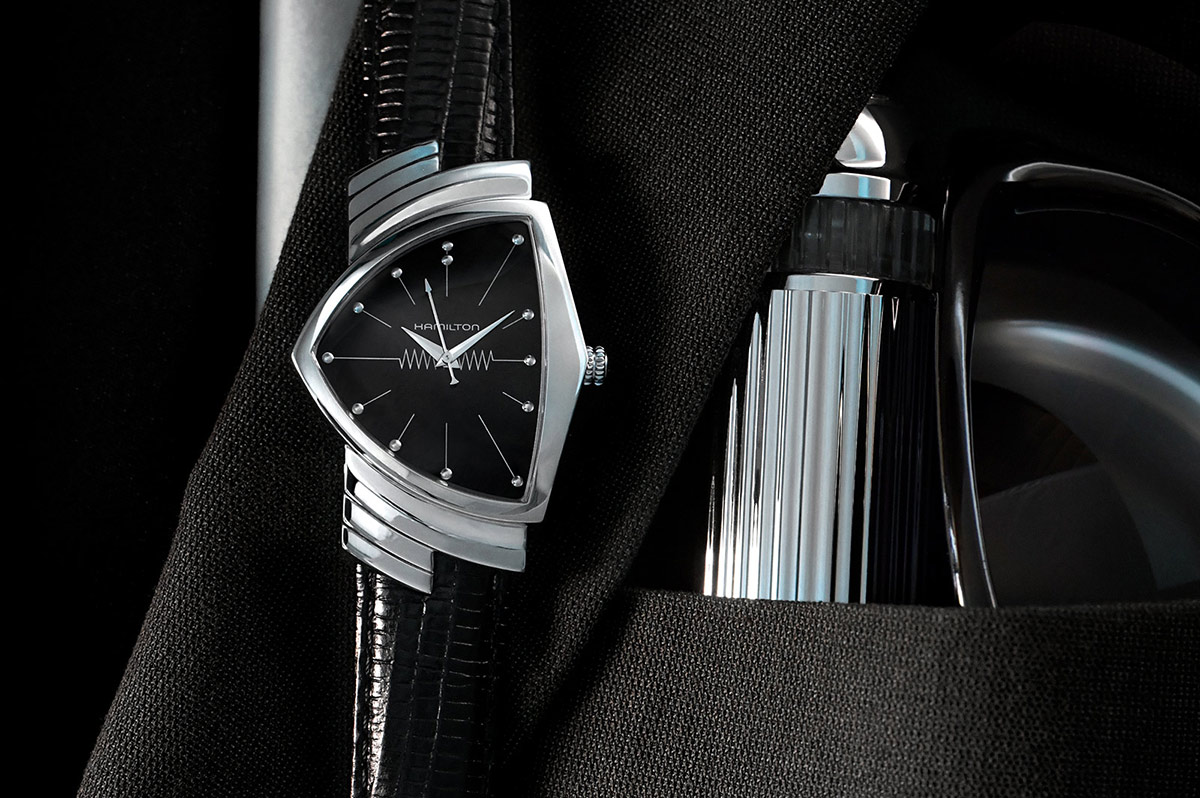 A full seven years after Will Smith and Tommy Lee Jones’ final outing as the secretive defenders of Earth, the men (and women) are back in black for their latest alien escapade in Men in Black: International. Forget the New York office we’ve seen in three outings (and a cartoon series I believe?), this time the troupe comes to London with a brand new cast to don the iconic sunglasses and memory-erasing neuralizers.

I won’t go over the plot points as the latest trailer says it all. However, as any horologically-inclined blockbuster fan will probably know, there’s one bit of kit I’ve yet to mention, one that’s been a vital part of their arsenal since the first film: the Hamilton Ventura. It was an integral part of Smith’s gear (along with the Noisy Cricket) and is, apparently, part of the MIB uniform. Therefore it’s not too much of a surprise to see Hamilton’s most iconic model to make an appearance on the wrists of the new cast. Both Chris Hemsworth’s Agent H and Tessa Thompson’s Agent M – a pretty familiar pairing for any Marvel fans out there – wear the Ventura throughout the film. 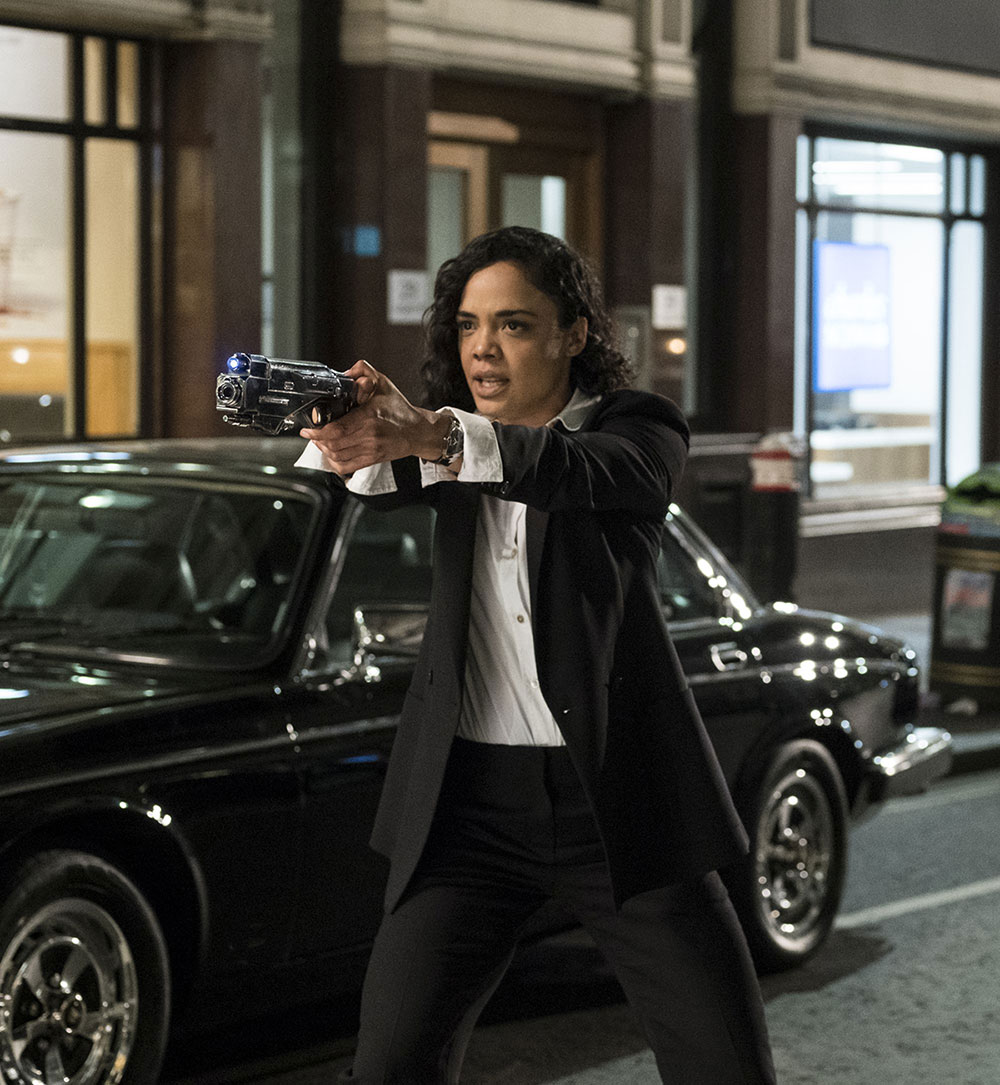 They have however decided on slightly different variations on the watch. For H it’s the H-10 automatic-equipped number with a cut-out dial; for M things are a little more classical with a stainless steel case and black dial. Both are on black leather because what else would they be on? 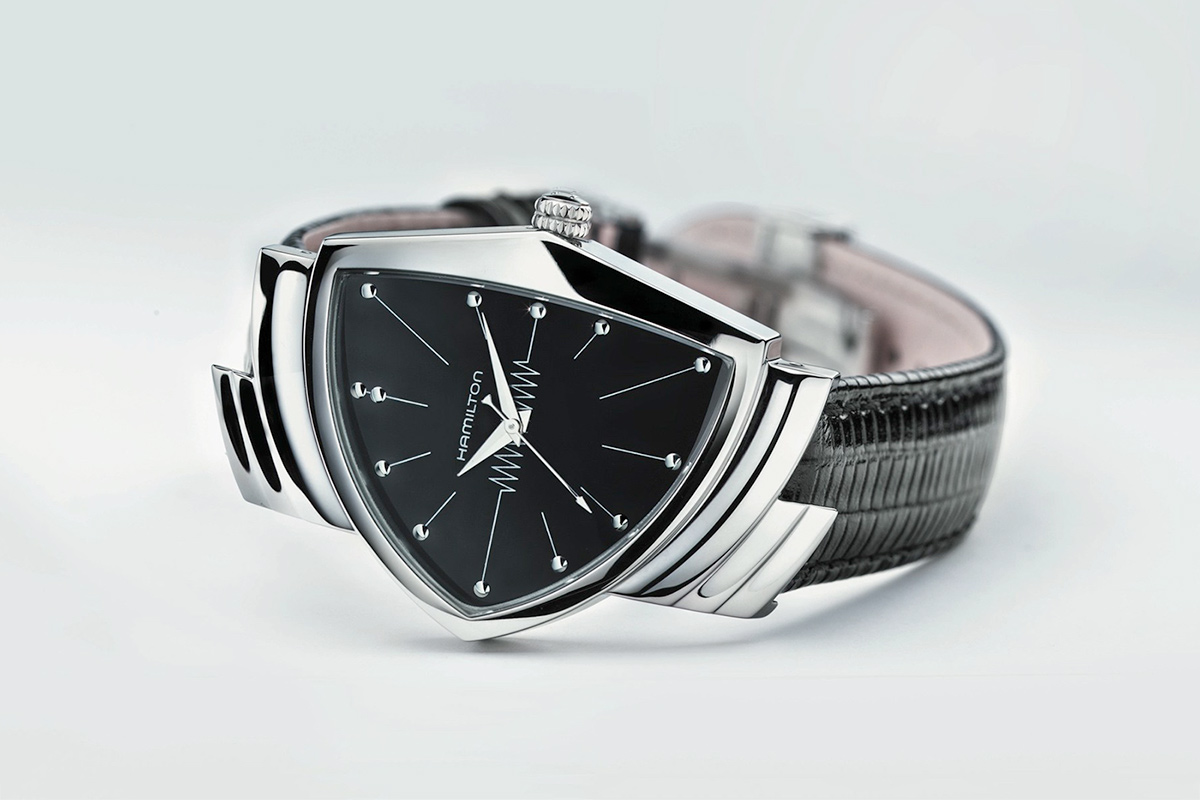 It’s easy to lose track of just how many starring roles Hamilton has had over the years – it touts itself as the watchmaker of Hollywood after all – but its partnership with MIB is arguably its most iconic. Sure it’s not a Stanley Kubrick custom number but still, not bad.

You’ll get a chance to see H, M and a hell of a lot of CG aliens in action on 14 June; the watches on the other hand are part of Hamilton’s core collection. Well, it’s nice to have something more down to Earth when you’re defending it.