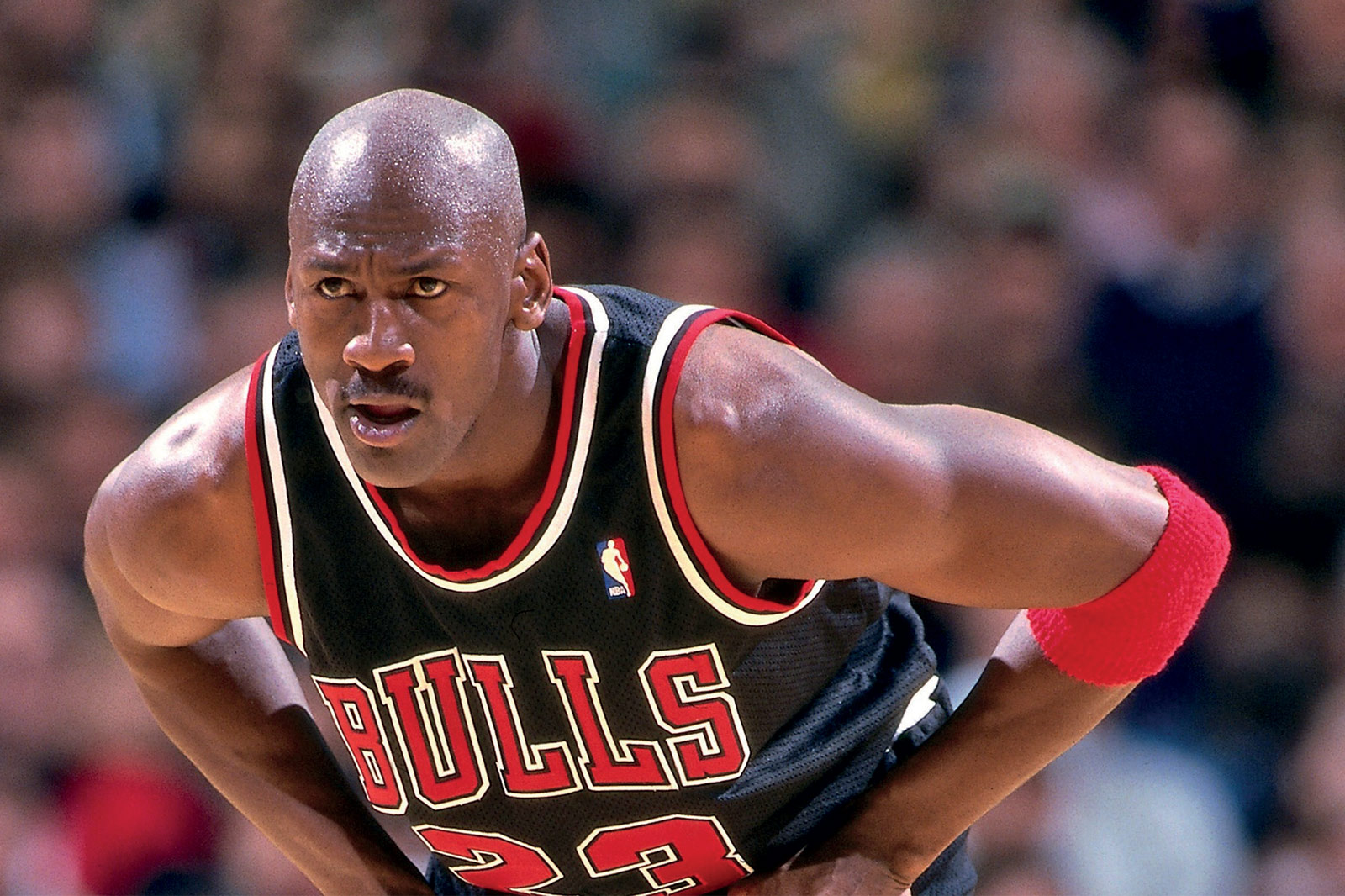 The 1990s is revered for being a stylish decade and for good reason. It had it all: oversized tailoring with a healthy amount of sexy drape flowing around; washed-beyond-belief denim jeans; hard-to-replicate tracksuits emblazoned with nostalgic motifs; and accessories that ranged from lavish jewellery to statement sunglasses and cute berets. With regards to style, when looking at any decade and thinking about the men and women that defined it, you can’t look beyond sporting legends. And Michael Jordan’s 90s style it the biggest there is – both figuratively and literally. We’ve already covered his watch collection, but this time its about the clothes.

Widely considered to be the greatest athlete of all time having won six NBA championships, five MVPs and 14 All-Star games, Jordan also consistently delivered sartorial slam dunks which is not easy given the size of his frame with him standing at 6ft 5in tall. Thankfully, all of this has been highlighted in the ten-part docuseries The Last Dance, which follows Jordan through the 1997-98 season whilst he was playing in his final season with the Chicago Bulls. 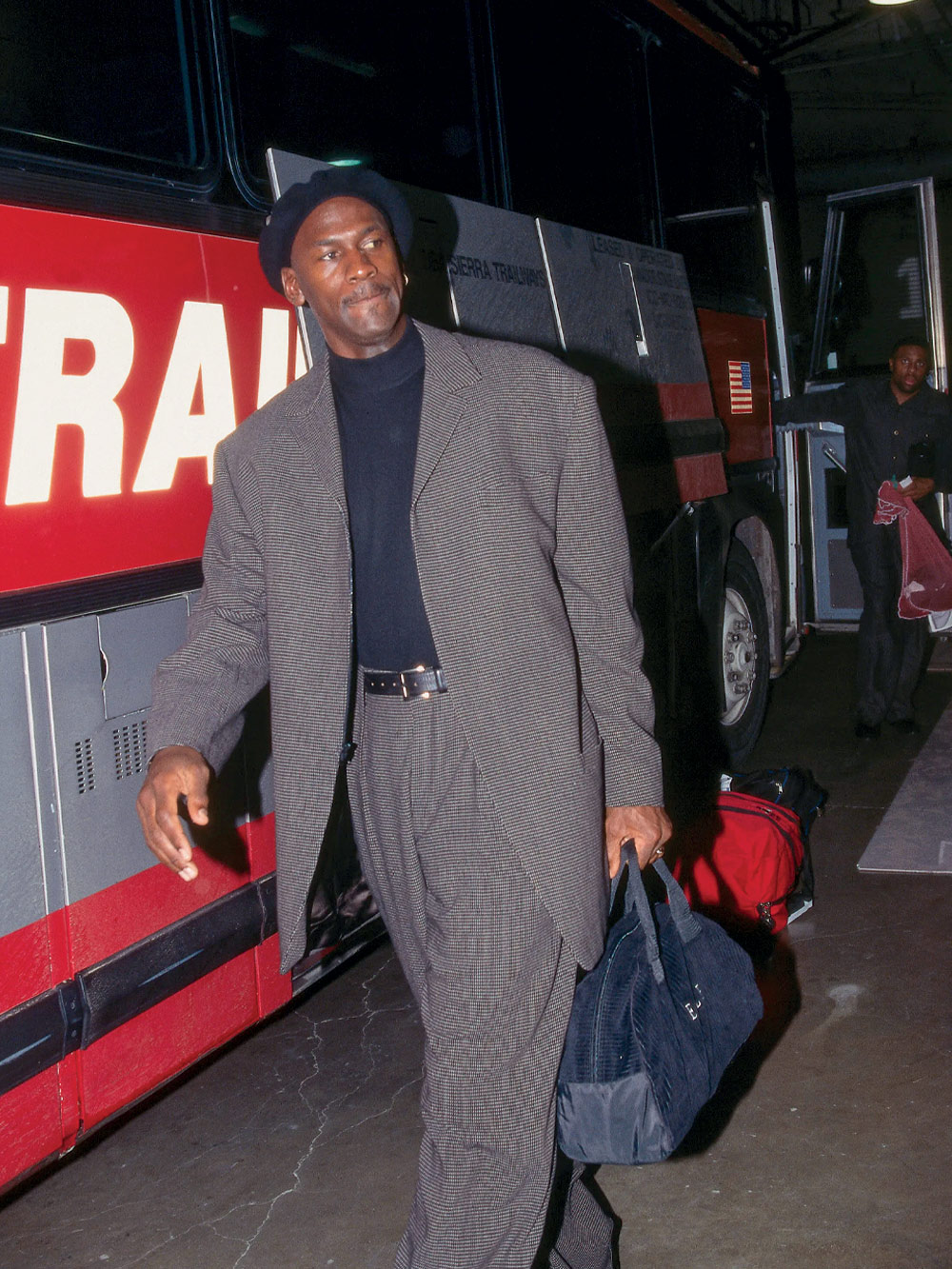 If there’s one part of the wardrobe that he’s renowned for, it’s his approach to tailoring. Jordan owned the power suit, but he didn’t wear them like stiff Wall Street bankers of the same era. Instead, he wore them with profound nonchalant swagger and his sheer size and natural sense of confident self played a key role in this. But, it was also his penchant for bespeaking oversized suits cut from louche and sexy fabrics with extra-long jackets and wide-leg trousers with deep, volume-adding pleats.

He often wore them with thin- guage mockneck and crewneck sweaters, downplaying the suit’s inherent formality. And in terms of finishing touches understood the deft art of matching colours and tones between his pocket squares and vibrant ties with perfectly dainty knots. 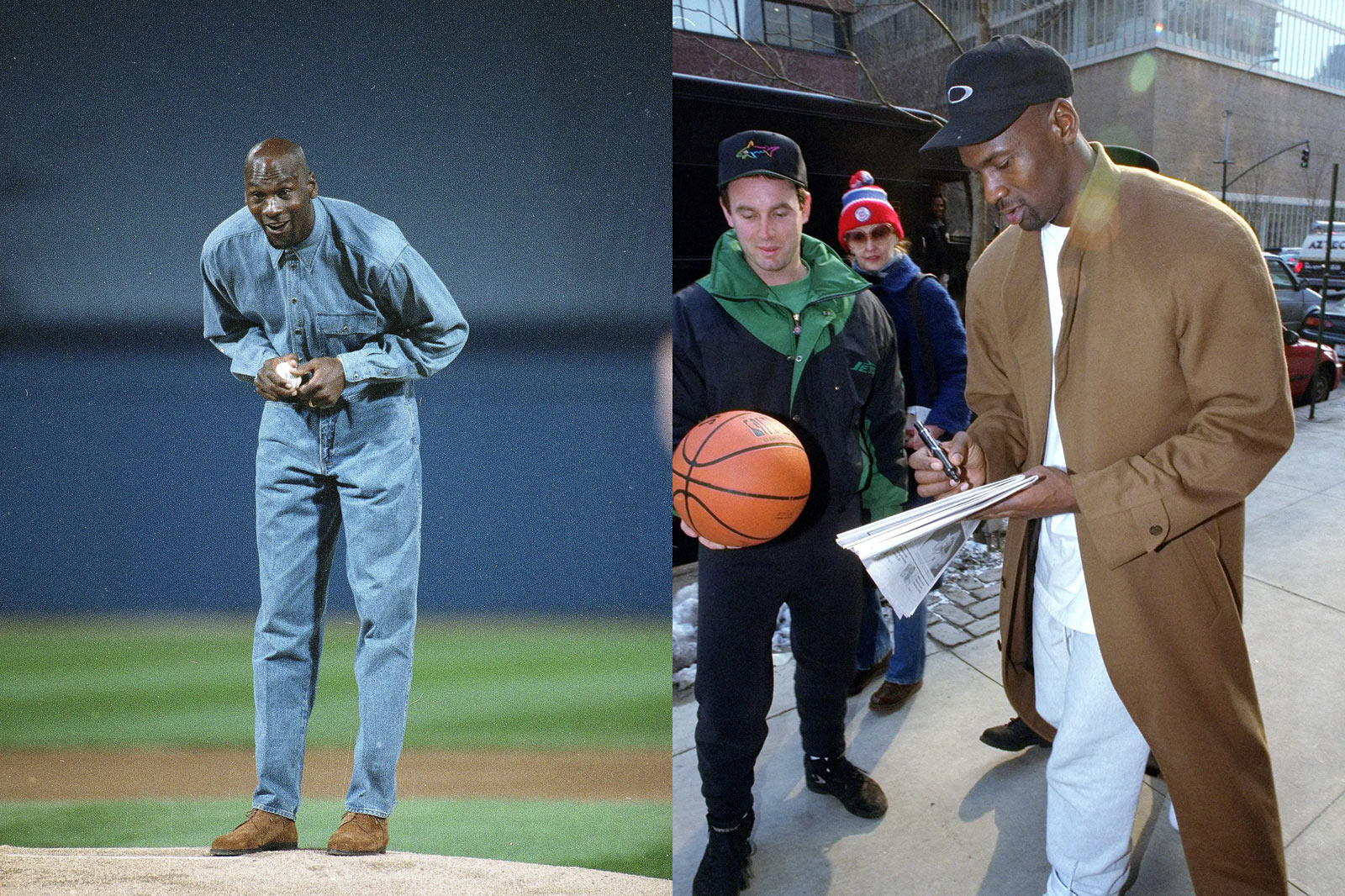 Michael Jordan’s 1990s fashion also embraced a more casual style. He wasn’t afraid to rock a ‘Canadian tuxedo’, otherwise known as double denim, which he did at the start of the 1993 American League Championship Series. In order to pull off such a look, the shades of denim need to match perfectly and he then topped the whole look off with a pair of tan suede boots. He also had a knack for mixing elements of tailoring with sportswear.

Now on-trend, Jordan was doing this 30 years ago, rocking a bespoke, soft- shouldered camel-hair overcoat with a T-shirt, grey cotton tracksuit bottoms and white basketball sneakers (by Nike, of course). He also knew how to accessorise and somehow pulled off berets and also made snapback caps all the rage. 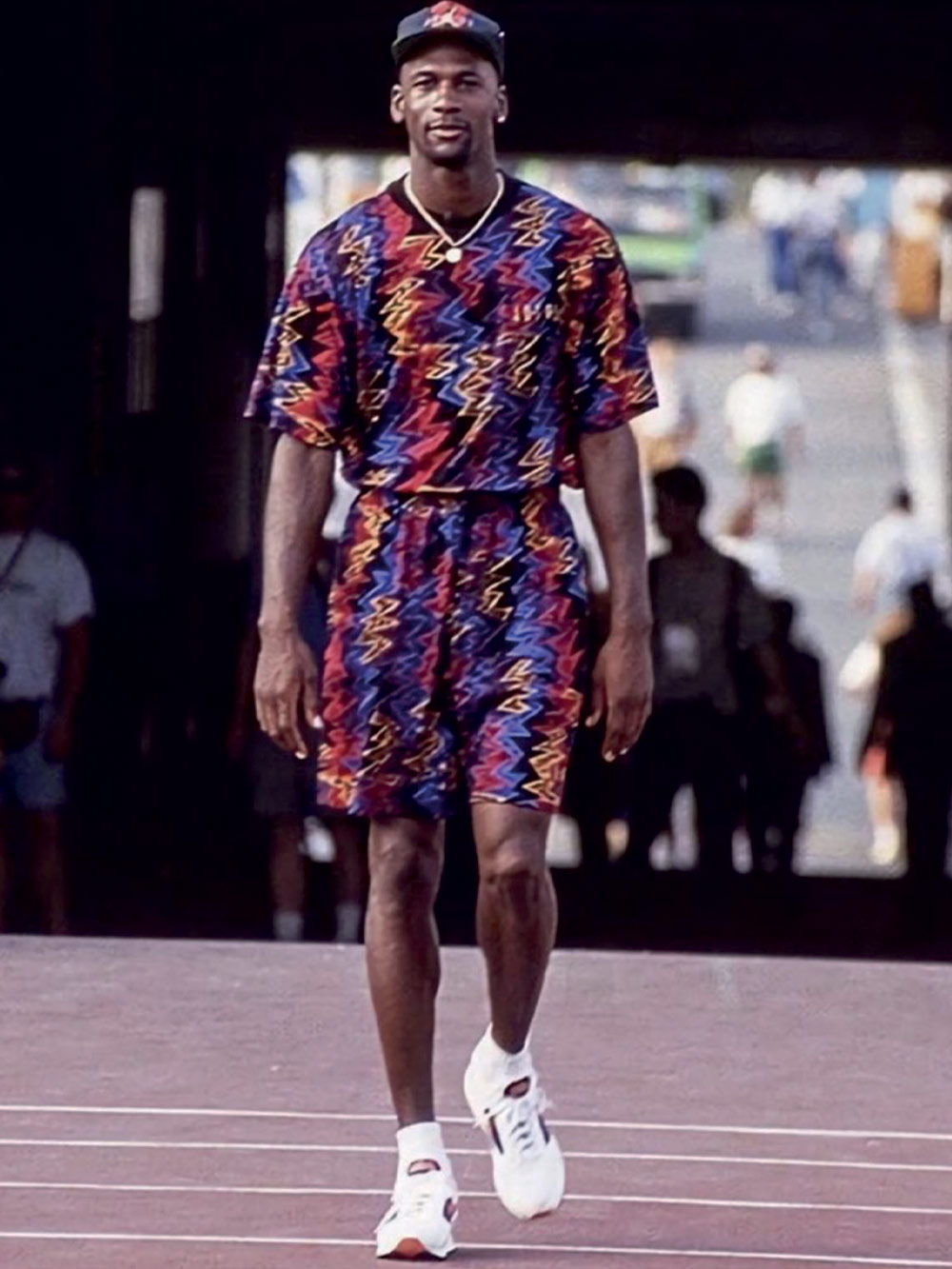 Then, whilst the 90s was all about bling-bling, in contrast to his teammate Dennis Rodman, Jordan subverted the status quo by subscribing to the notion of ‘less is more’ with simple gold hoop earrings and relatively subtle gold chains (on and off the court).

Jordan’s style icon status goes beyond what he wore, though. It’s what he managed to achieve, too. The NBA changed its legislation that all players had to wear the same sneakers due to his rebellious streaks and he campaigned for basketball shorts to be longer so that he could wear his college shorts beneath (a superstition of his). It should also be noted that back then, athletes and celebrities didn’t have personal stylists to carve their identities – Jordan did it all himself. A serial winner both on and off the court, he did everything his own way and with extreme confidence and self-belief.