There are plenty of classic car auctions throughout the year but none has quite the level of anticipation as RM Sotheby’s Monterey auction. Held mid-August, this year Aston Martin takes pride of place, offering some impeccable lots from their very own collection of classics. That doesn’t mean though that it’s all about the British marque. Indeed, be they Italian or American, some of the finest cars in the world will be going under the hammer this month. Here then, are the ones we’re most excited to see in the metal. 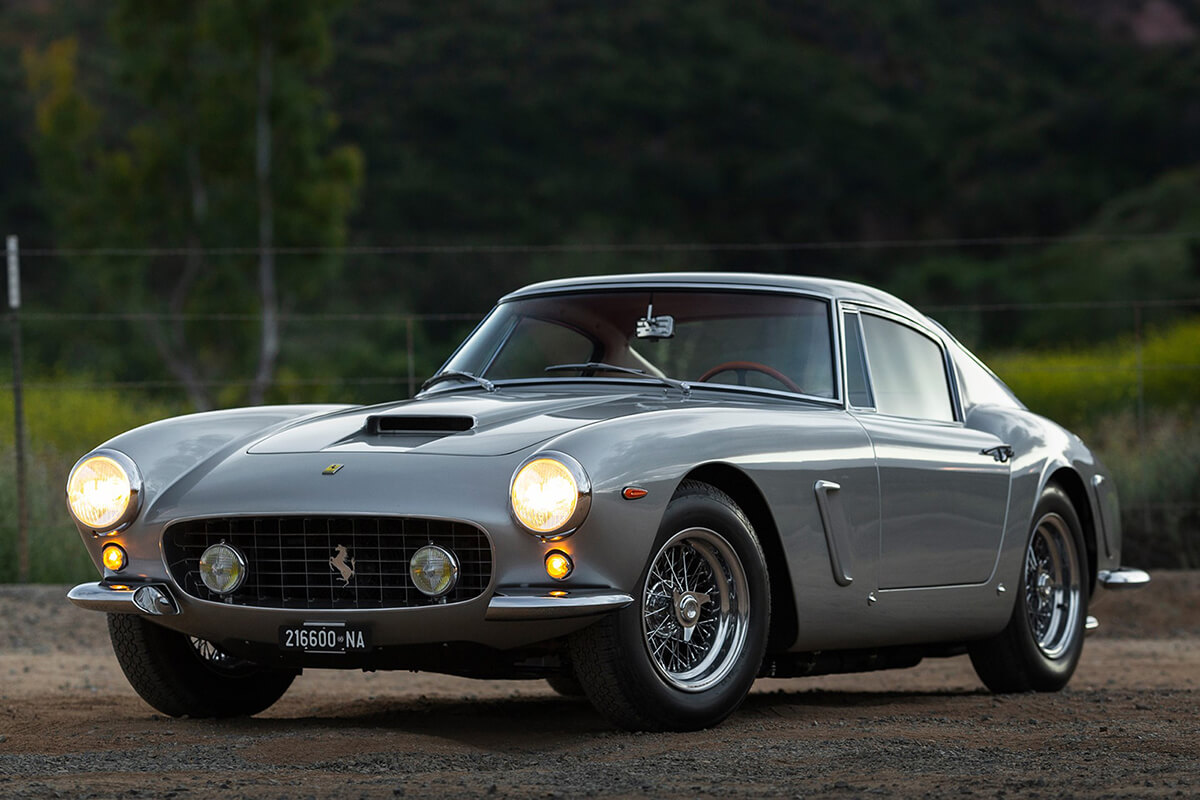 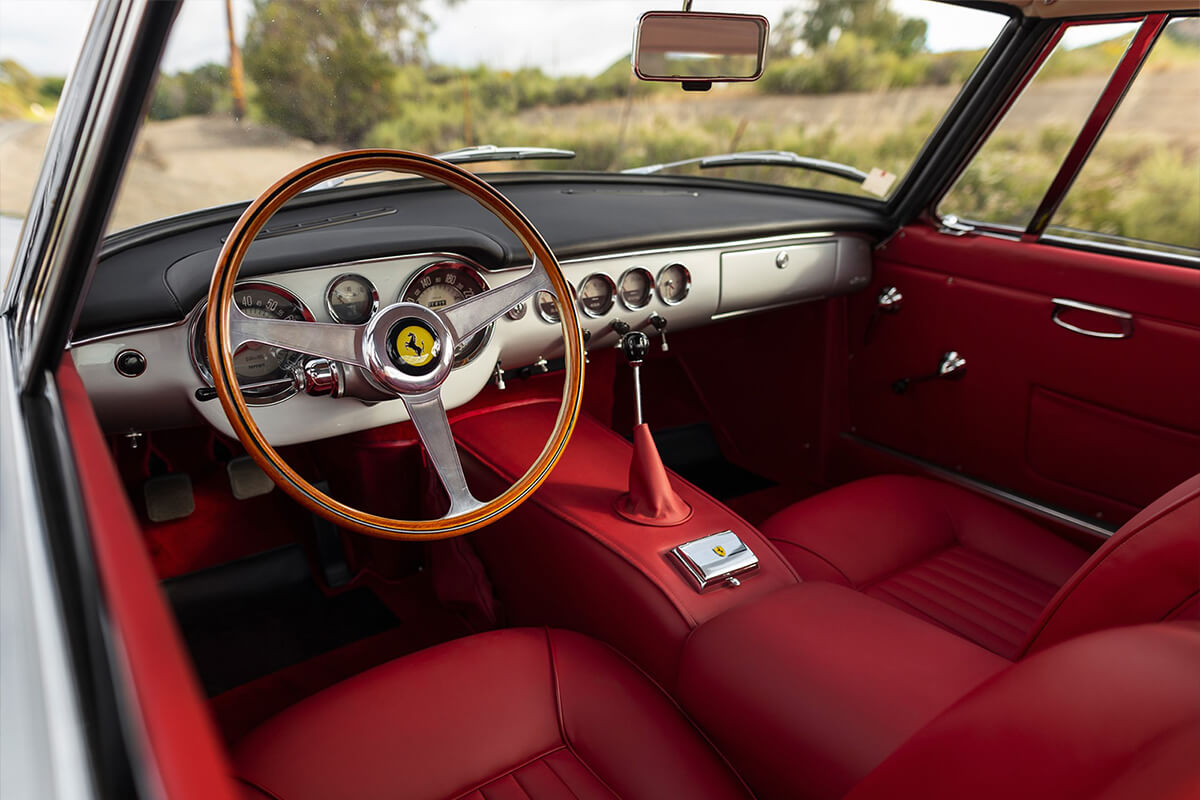 You don’t need to look at this estimate to know that this is something special. Beyond special. The Ferrari 250 GT Berlinetta is the type of car to make collectors weak at the knees, even before they take it on the road, and this example is one of the finest ever built. A late production model, it’s near perfect thanks to its factory-authorised restoration and original colour combination of Grigio Argento over Rosso. It’s a car begging to be show off at every concours you can take it to; it previously won the 2012 Concorso d’Eleganza at Villa d’Este, which likely won’t be its last award. 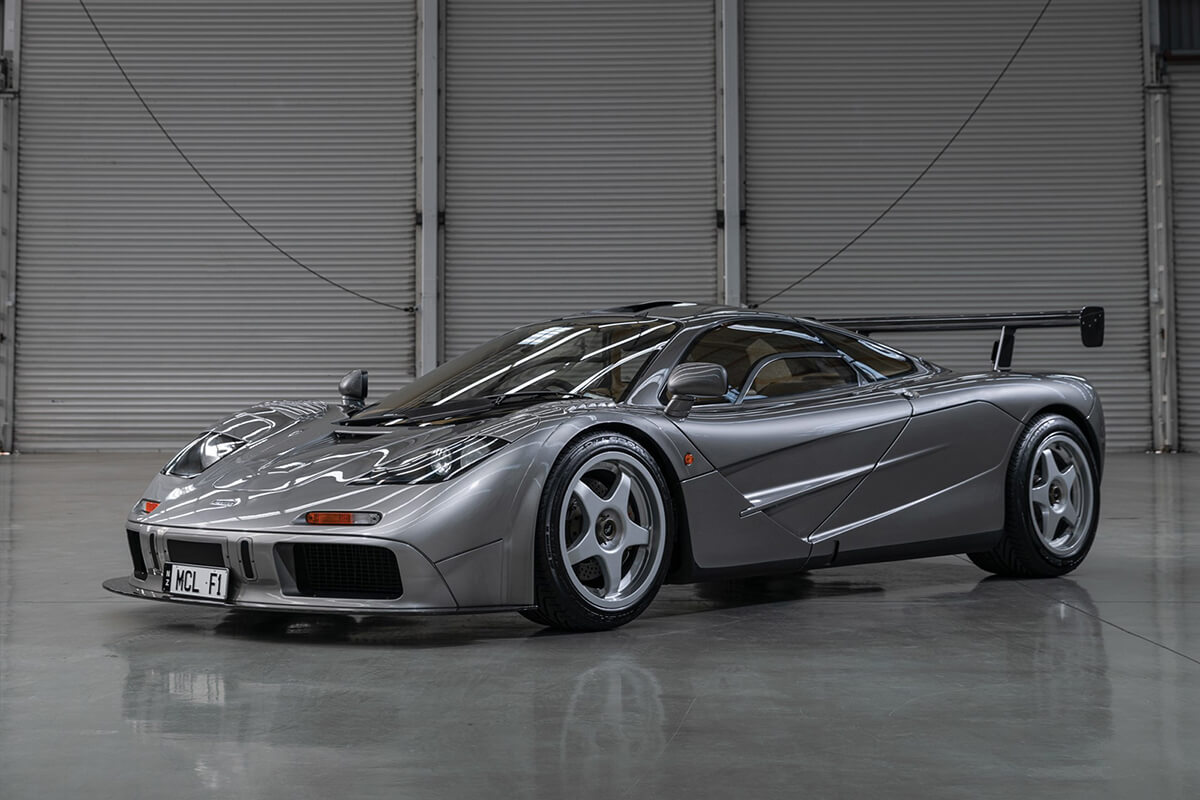 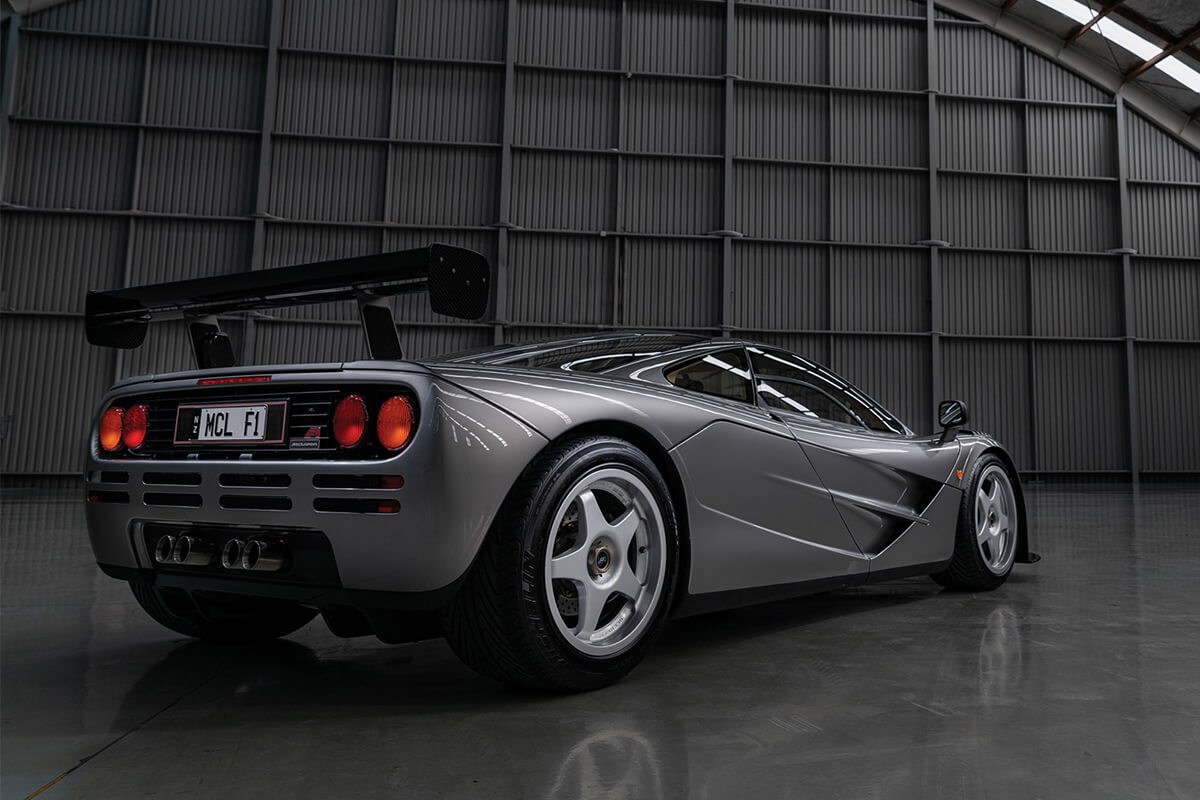 Some of the cars at the Monterey auction are there for prestige, others for performance. This McLaren F1 ‘LM-Specification’ is one of a handful that offers both. The F1 is the car that put McLaren on the map as the British hypercar manufacturer and the LM specs amps up the ante to extraordinary levels with an unrestricted GTR engine with 680bhp, revised aerodynamics and a High-Downforce Kit. In short, it’s the closest thing to the Le Mans dominating F1 GTR you can take on the road. This is one of only two ‘standard’ F1s upgraded to these specs, so that insane performance is more than matched by its rarity. 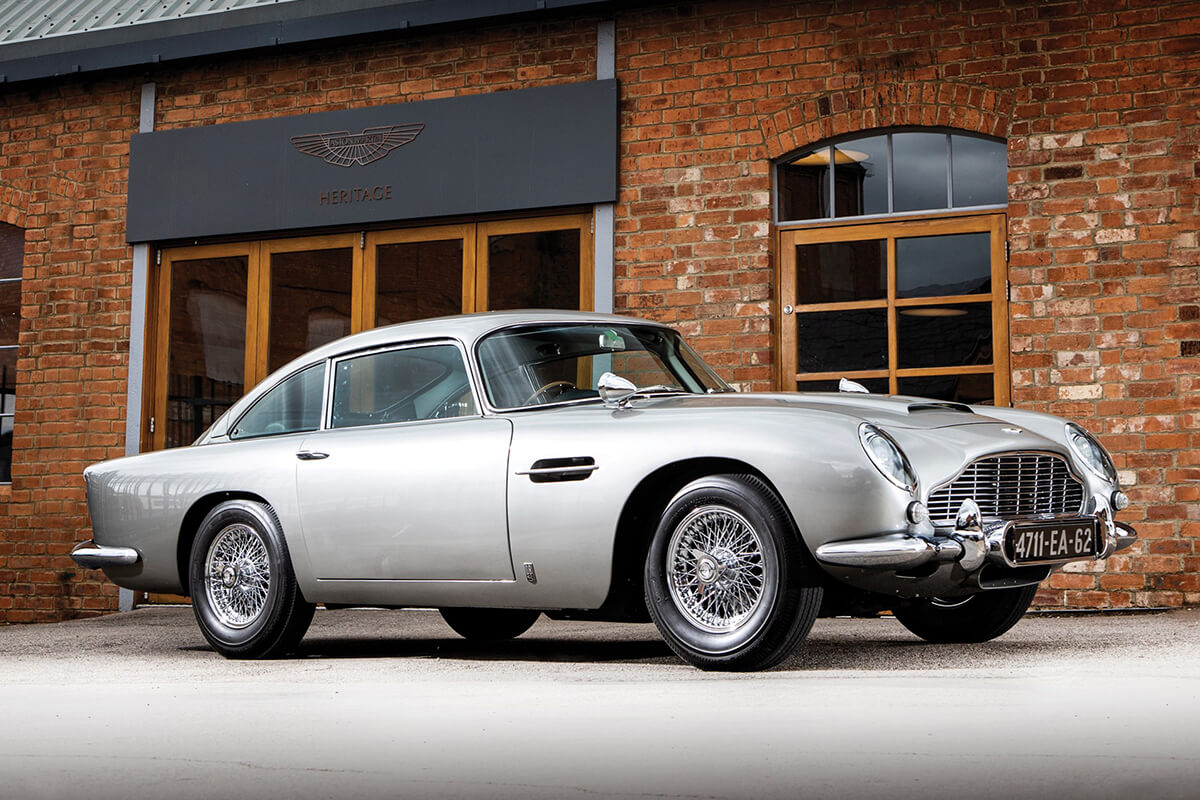 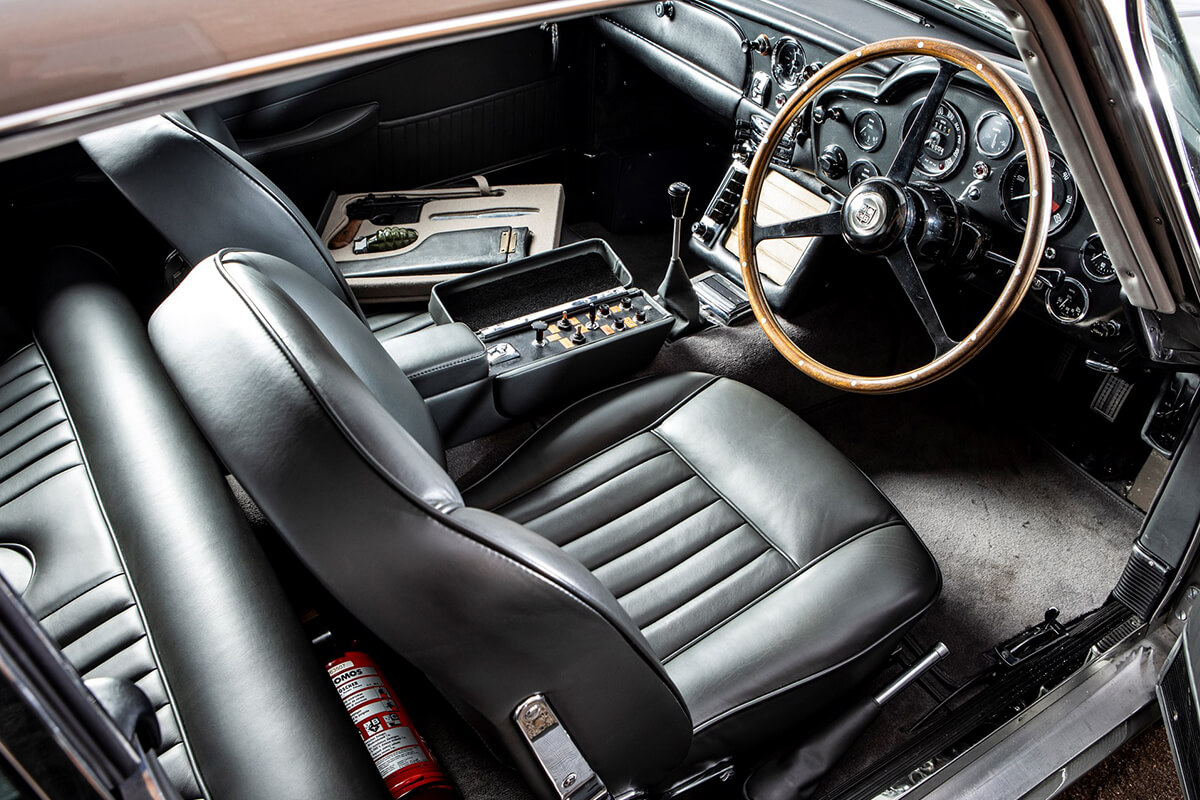 The most famous car in the world, driven by the most famous spy in the world, the Aston Martin DB5 is a legend. This particular model however is more than just a production car; it’s one of the four genuine big screen models built for Goldfinger, complete with all 13 original special effects models. Want a Bond car that can shoot machine guns? This is the closest you’re legally going to get. It was purchased by EON productions to feature in Thunderball and has only had three owners in its life which, combined with a factory restoration in 2012, means its in flawless condition. Get ready to live out your 00 fantasies. 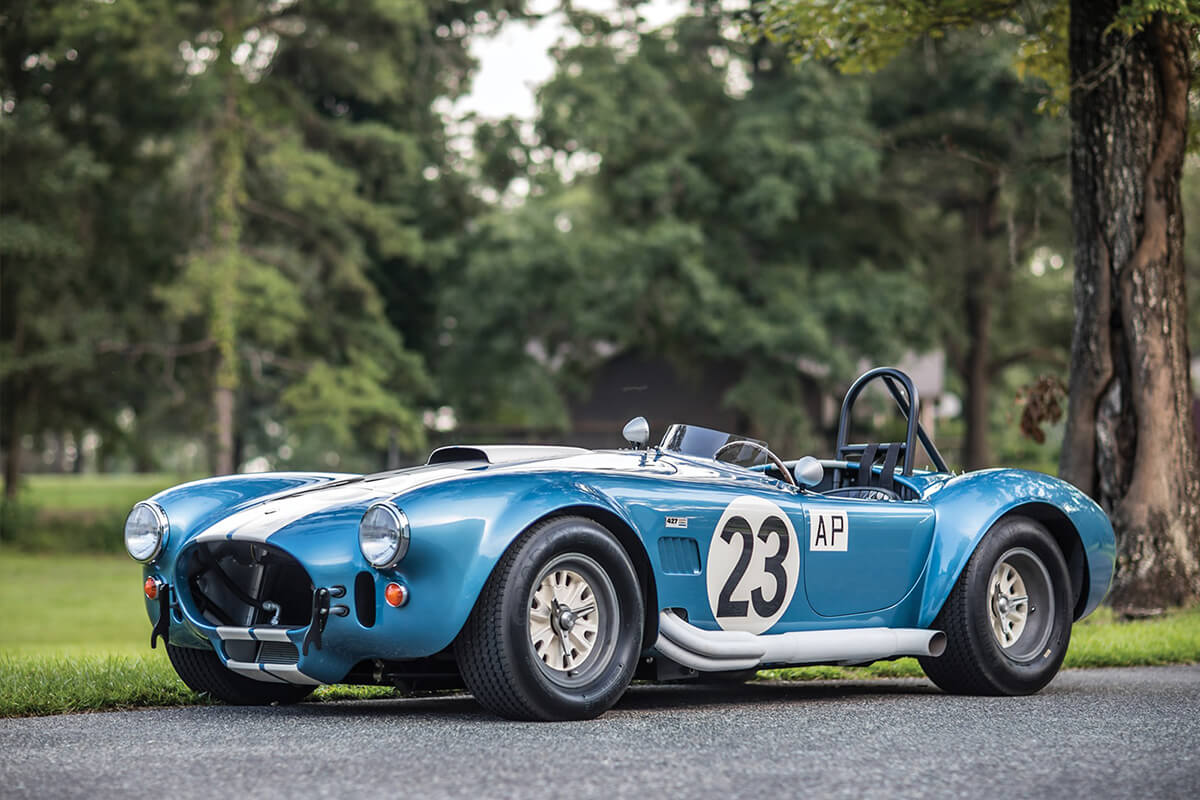 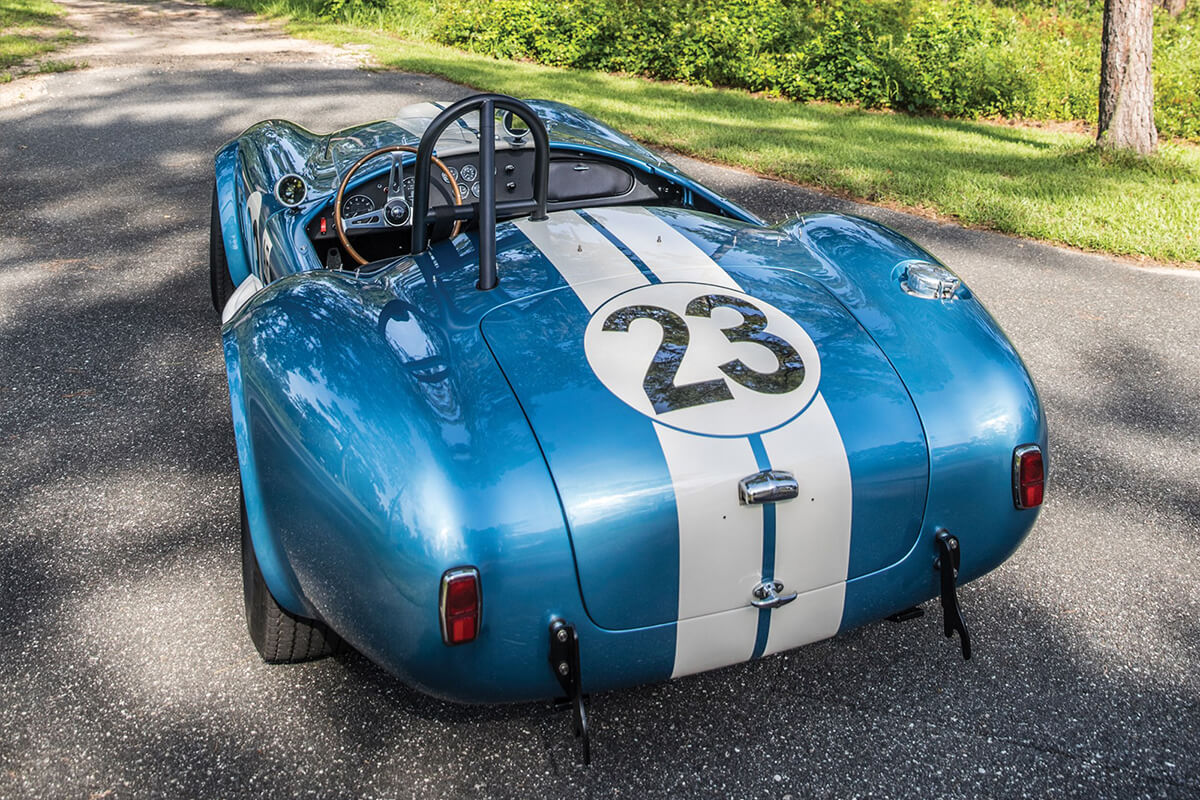 The Shelby 427 Cobra is one of the coolest classic cars out there, but the ones that are actually worth the most are those that have proven themselves on the track. This is one such car, having won the 1969 Northeast SCCA Division Championship amongst plenty of other titles. It’s been fully restored to original specs by a well-known Cobra specialist, meaning that it doesn’t just look fantastic in its period livery, it’s ready to race at the drop of a hat – or a chequered flag, rather. 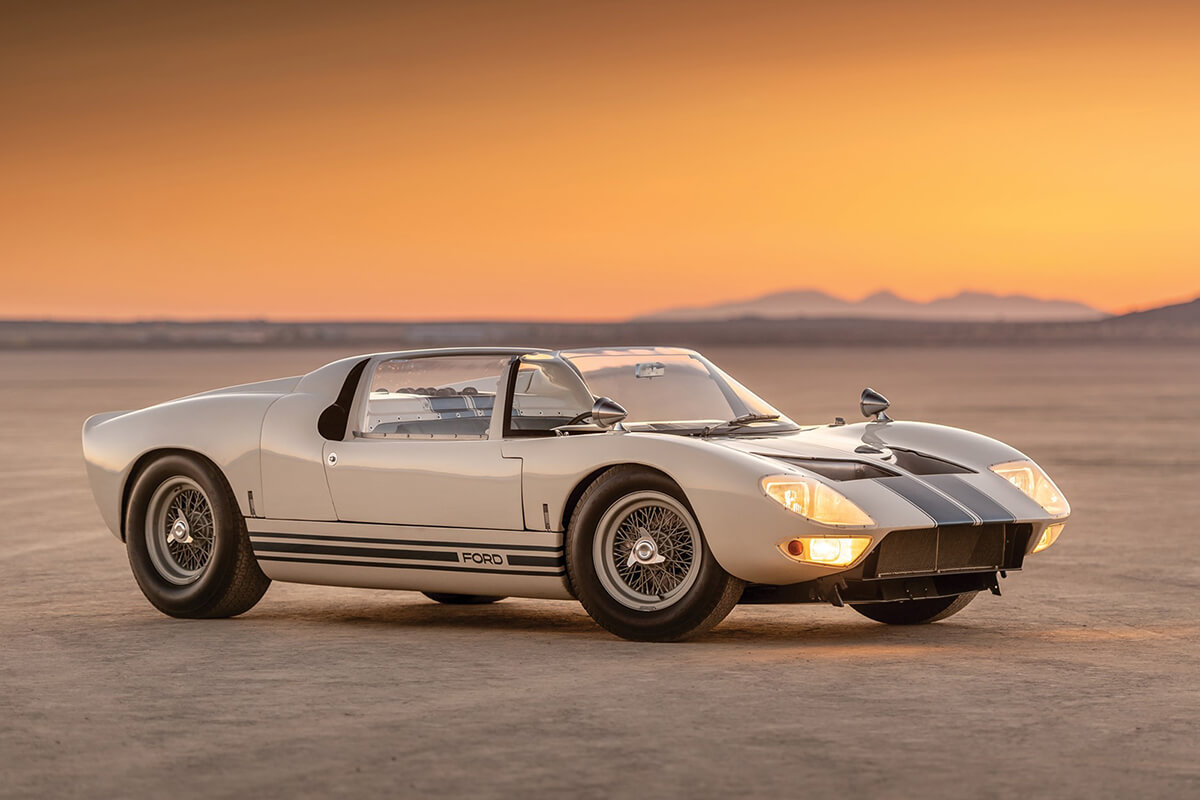 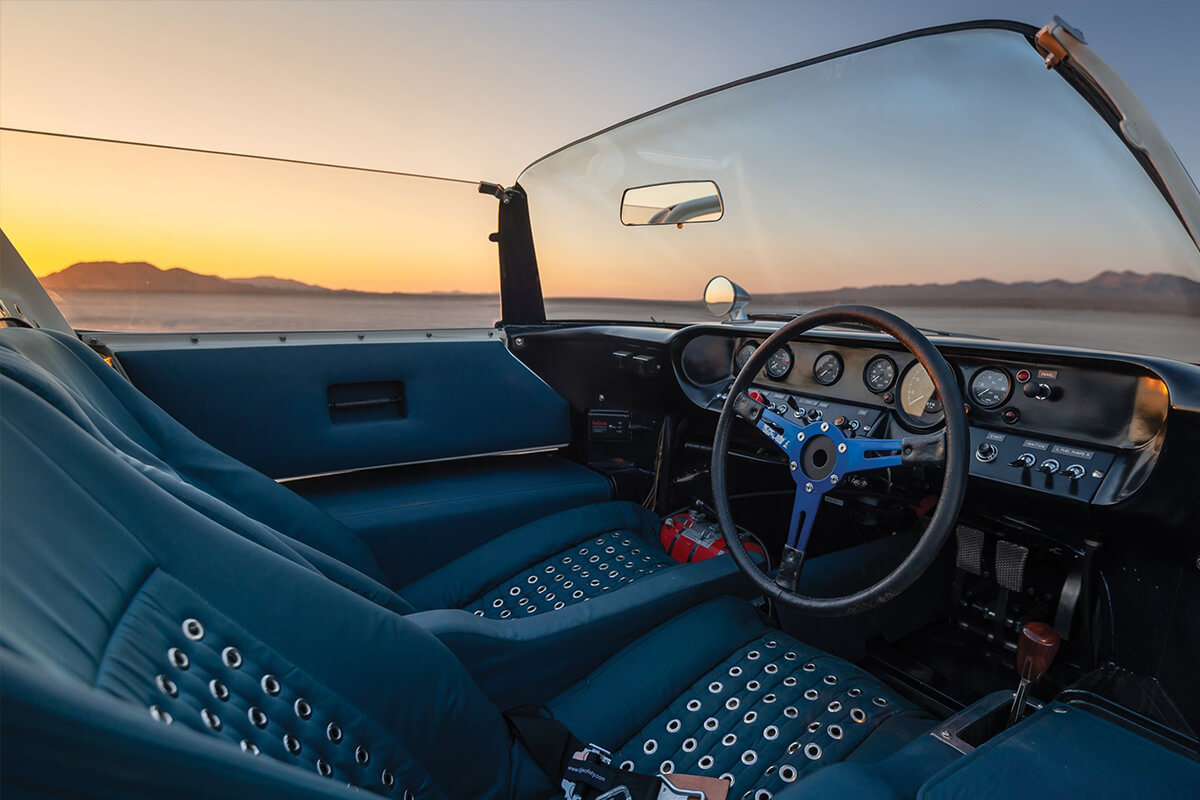 The GT40 is a legend. Developed to compete with Ferrari at Le Mans, is dominated the competition for half a decade. This example is one of the first five GT40 roadsters ever built – and the eighth of twelve prototypes – and as such holds a place in automotive history. Built for Shelby American as a testing a development car, it’s the only example to have survived in its original form. In short, this is one of the most important, stunning examples of the iconic racer alive today. It’s little wonder it’s also a regular concours winner, especially at Pebble Beach. It’ll be the envy of even staunch Italian car collectors; not many cars can say that. 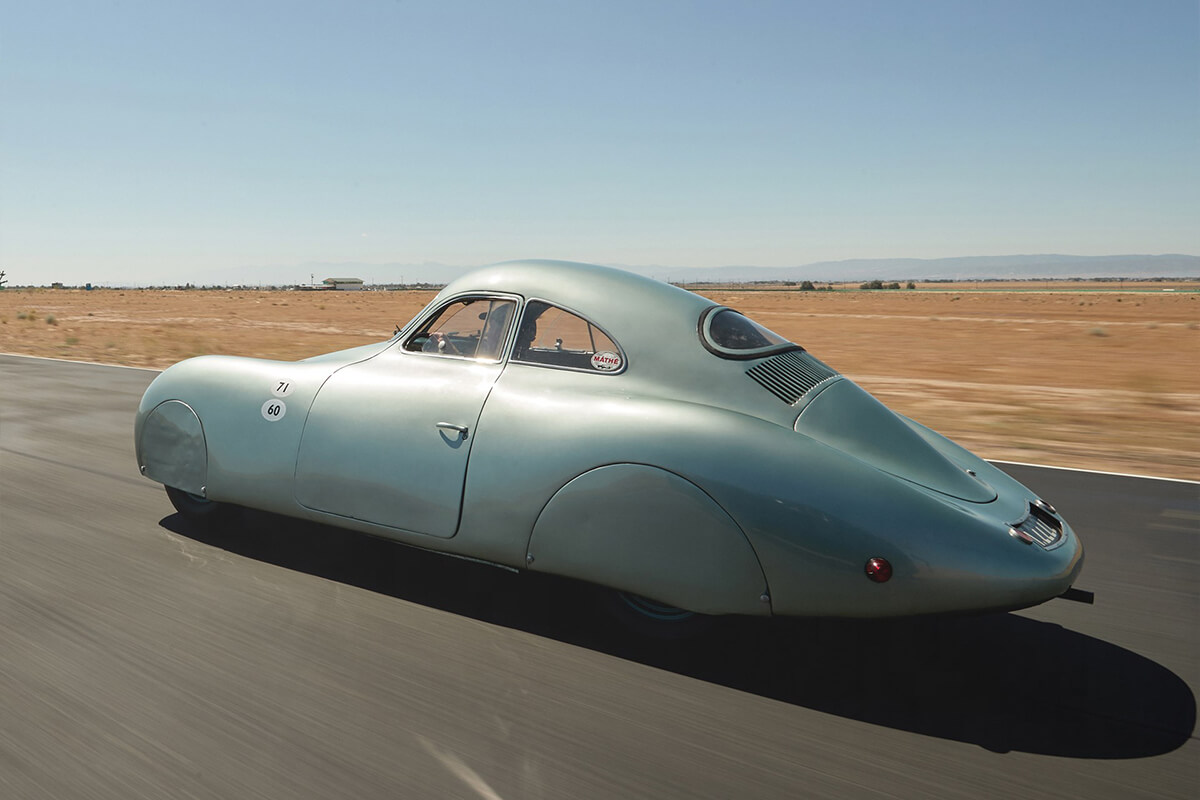 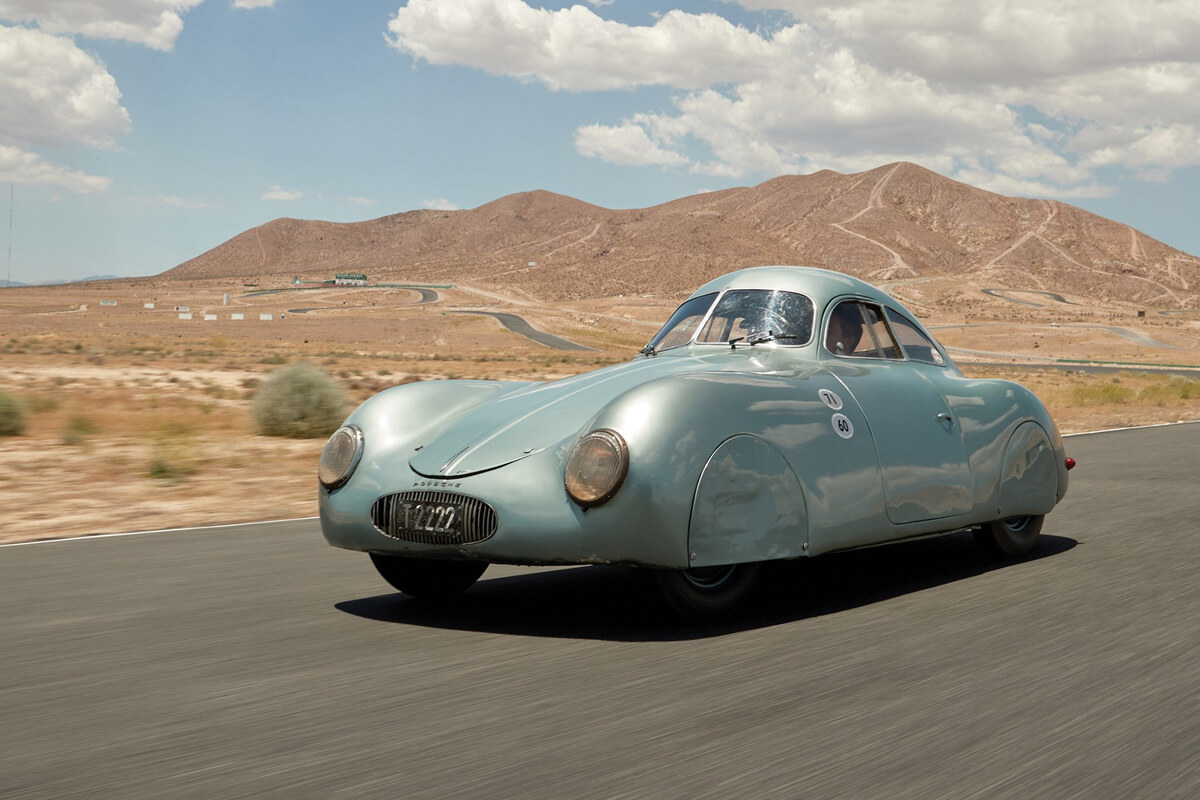 Any classic car needs a pedigree but this… this is something else entirely. More than just the antecedent of Porsche’s most famous cars, the Porsche Type 64 was the personal car of legendary designer Prof. Dr. h.c. Ferdinand Porsche and his son Ferry Porsche. If that weren’t enough, it was also owned for 46 years by racer Otto Mathé. What did they see in it? Well, apart from it being the oldest Porsche to ever wear the iconic wide-front script badge, it’s one of the most charmingly styled cars of the era and arguably the single most historically important Porsche in existence – at least, the most that’s gone to sale. This was the first of three Type 64s completed, the only one still remaining and the living dream of any Porsche lover to drive.

The Monterey Sale takes place at the Monterey Conference Centre, Monterey, California, on 15th- 17th of August. If you would like to see more from the incredible line up you can visit their site for the full list. Aficionado – September 2020: The Coolest Things In The World Right Now