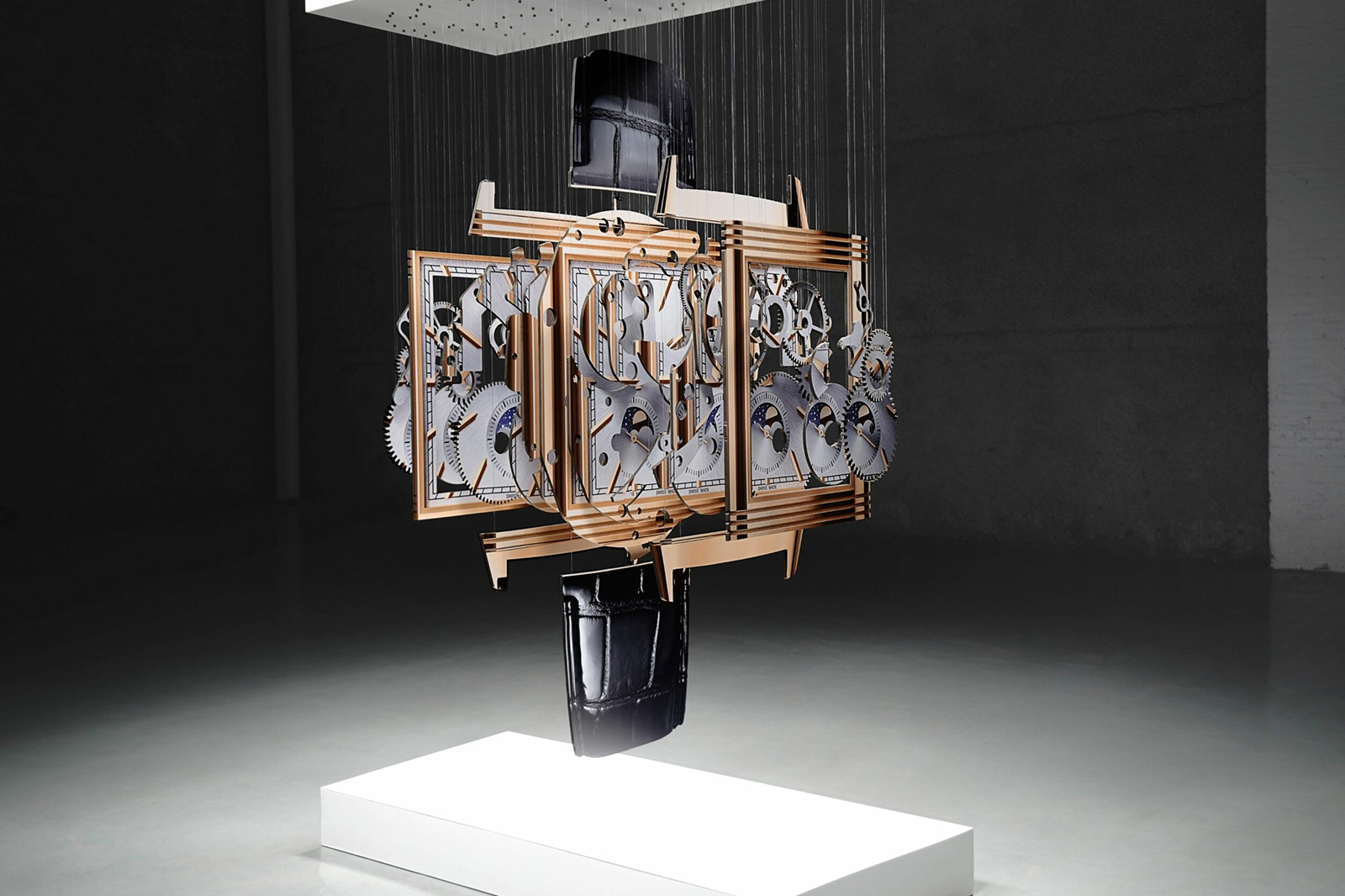 There are more similarities between the worlds of fine art and watchmaking than you may realise. Jaeger-LeCoultre are certainly keen to thin the gap with their new artwork commissioned from American artist Michael Murphy, titled Spacetime. The artwork depicts the new JLC Reverso Tribute Nonantième, which expresses time in different manners on each of its faces. To symbolise the connection between art and time, Spacetime uses Murphy’s signature anamorphosis style to stretch the design along an addition axis, meaning your perspective changes as you move around the artwork in a three-dimensional space. Whether you go in for all the meaning of time symbolism or not, you can’t deny it looks awesome. 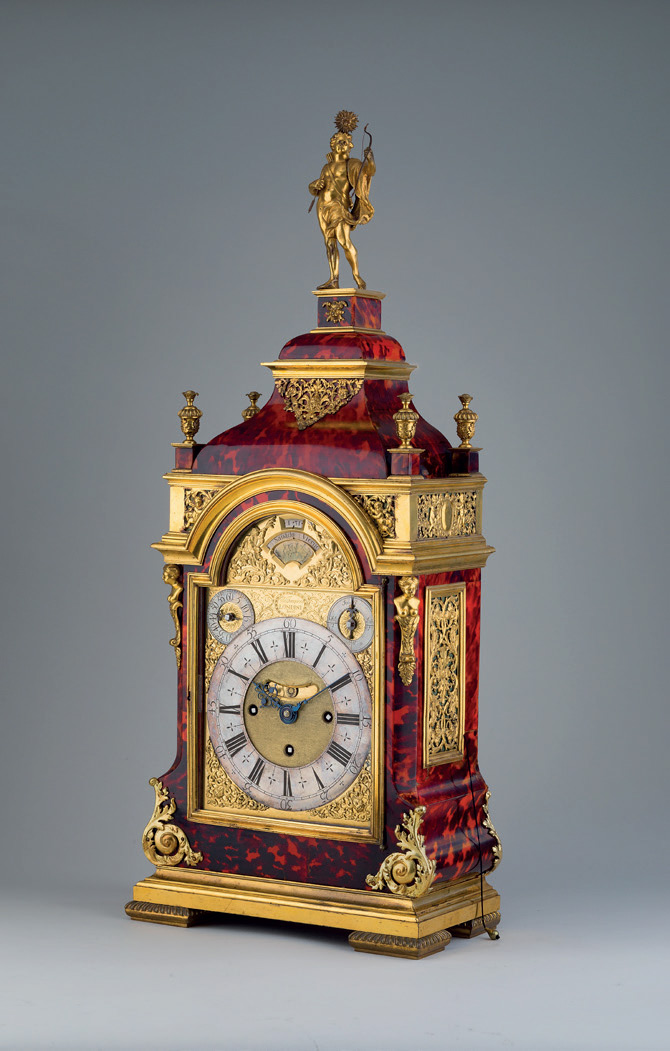 This summer, one of the most important private collections of English clocks and scientific equipment will be put on the market for the first time. Carter Marsh will be selling Dr John C. Taylor OBE’s collection at several exhibitions over the coming months, starting with a highlights display from the 23rd to 30th June at the Ronald Phillips Ltd gallery in Mayfair. Part One of the exhibition will then take place from the 3rd to 24th July at Carter Marsh’s premises in Winchester. From the Mudge Green to the Spanish Tompion, there are some true gems of English clockmaking with a variety of museum worthy pieces on offer and some fine examples that are extremely rare in private collections. 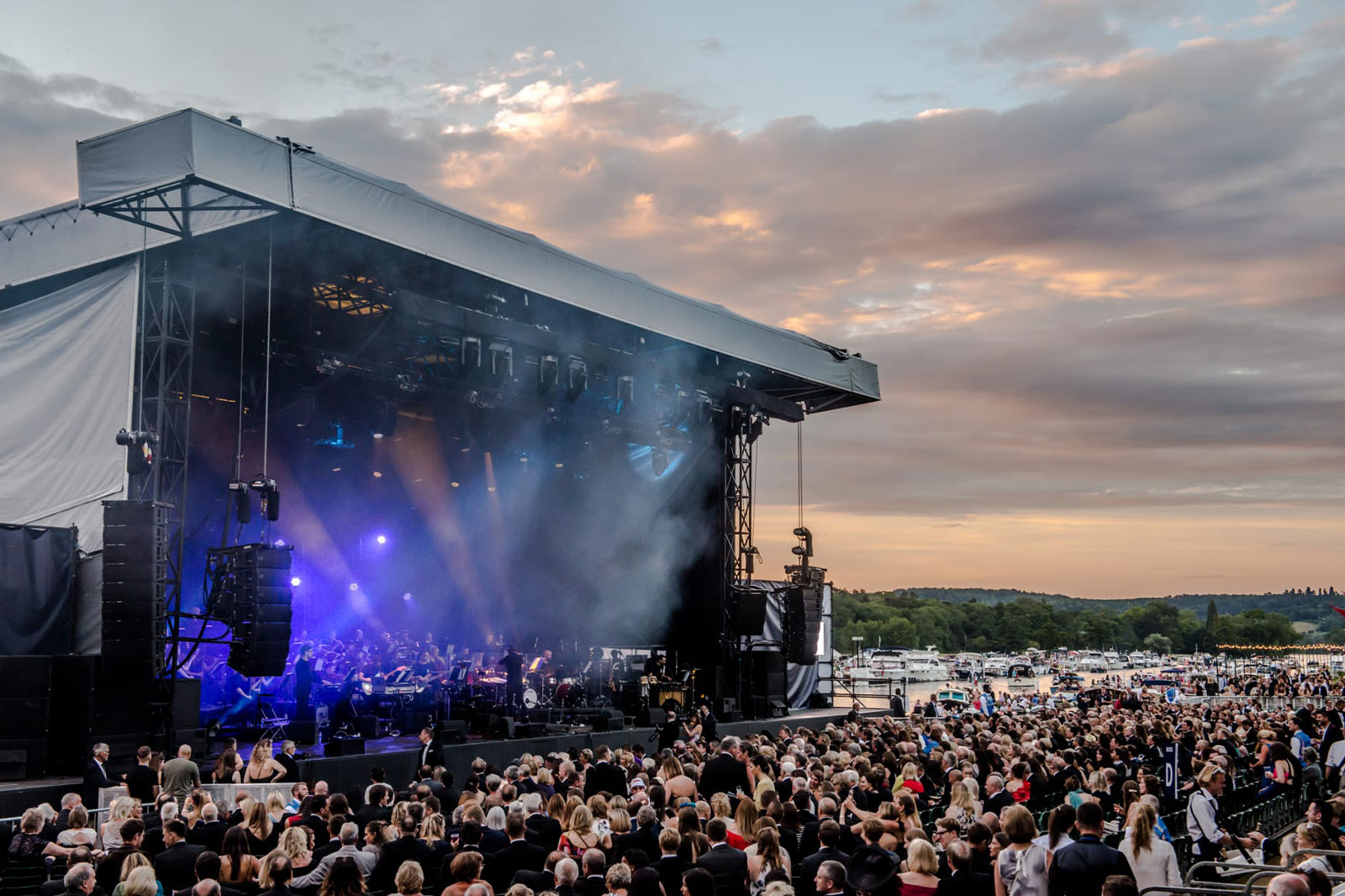 The UK’s only black-tie festival has announced its returning dates after a year of hardship. The sophisticated carnival will be back in its traditional home of Henley-on- Thames from the 15th to 19th September this year, as well as hosting a pop-up party from the 8th to 10th July. We can’t wait to get partying again and with headliners like Madness, James Blunt, Sophie Ellis-Bextor and Sister Sledge already announced, our anticipation continues to grow. Henley Festival holds a unique position within the festival calendar, swapping out the traditional wellies in a muddy field approach for a more refined affair including Michelin Star quality food provided by Angela Hartnett MBE. 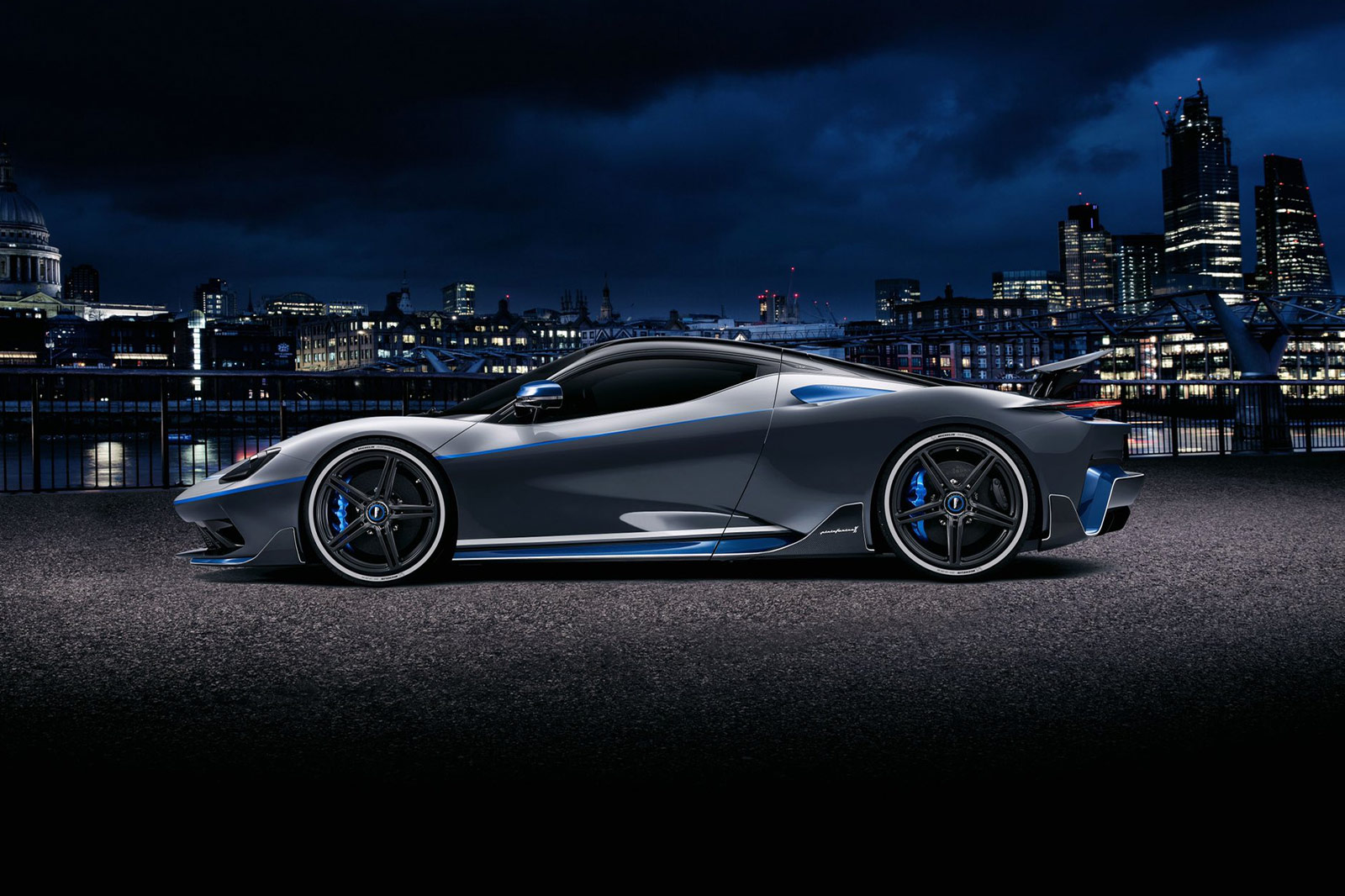 Jardine Motors Group has announced that they are to become the London and south UK retailer for the electric, hybrid hypercar, Automobili Pininfarina Battista, from summer 2021. The limited edition, handmade GT marks a new benchmark in sustainable, luxury performance vehicles – combining 1,900 bhp with zero emissions. Only 150 of the cars will be made, each crafted in Battista’s atelier in Cambiano, Italy and the new owners will be invited to meet with the team in charge of designing their car. Having already passed numerous tests, the car will be available to UK collectors through Jardine’s Automobili Pininfarina London where prospective owners can get up close with the cars. 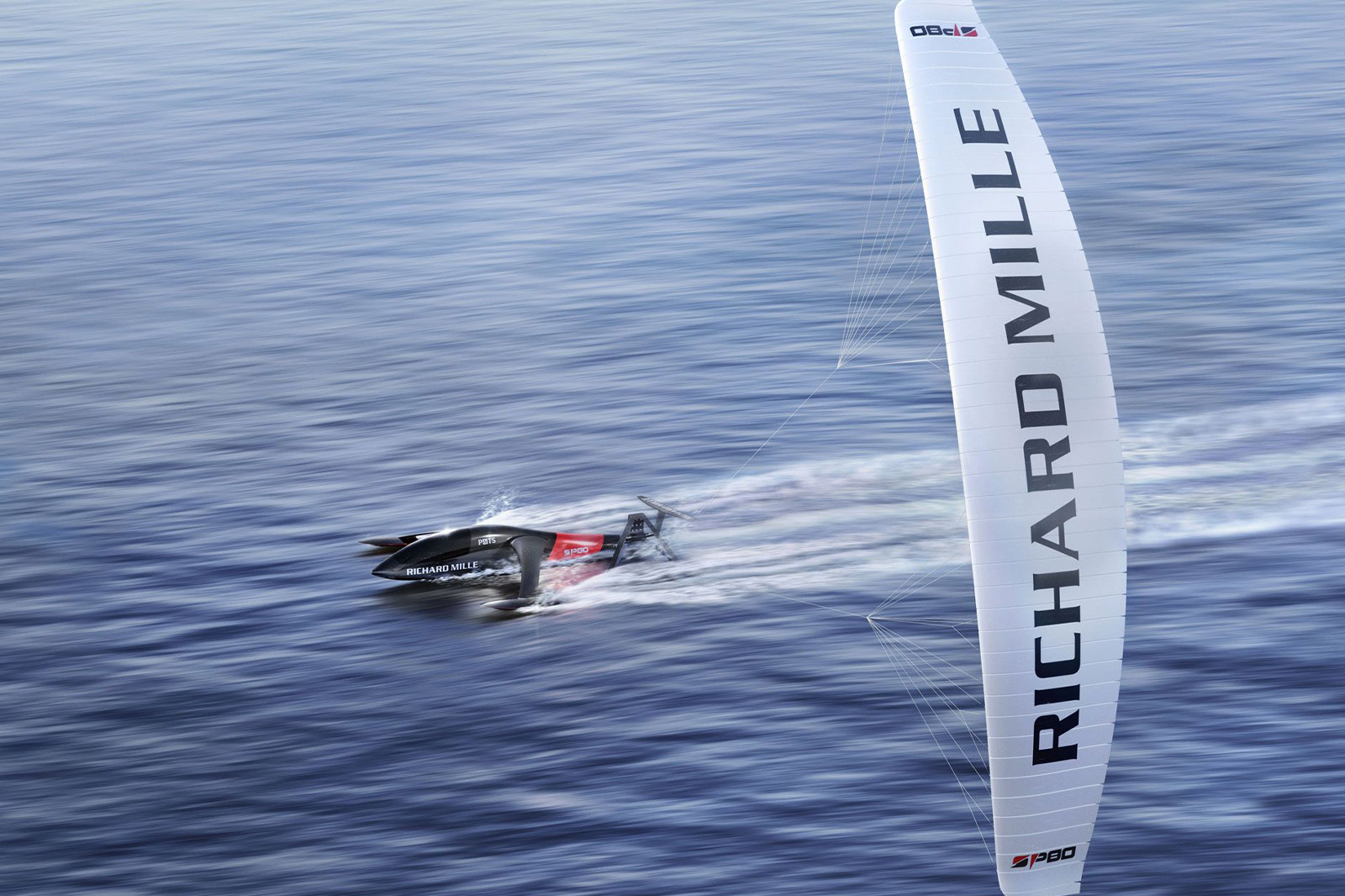 The fact Switzerland is a landlocked country means it might sound odd for a Swiss watchmaker and a group of Swiss engineers to band together to try and beat the world speed record for a sailboat, but here we are. The two companies, Richard Mille and SP80 (a Swiss boat builder), decided to work together because of their mutual use of Carbon TPT®, a super lightweight and strong material that can withstand the pressures of extreme speeds and high-performance horology. By using the material in conjunction with a 20ft sail and new foil technology, they aim to break the 65-knot record (set in 2012) in 2022 by reaching a staggering 80 knots through the power of wind alone. 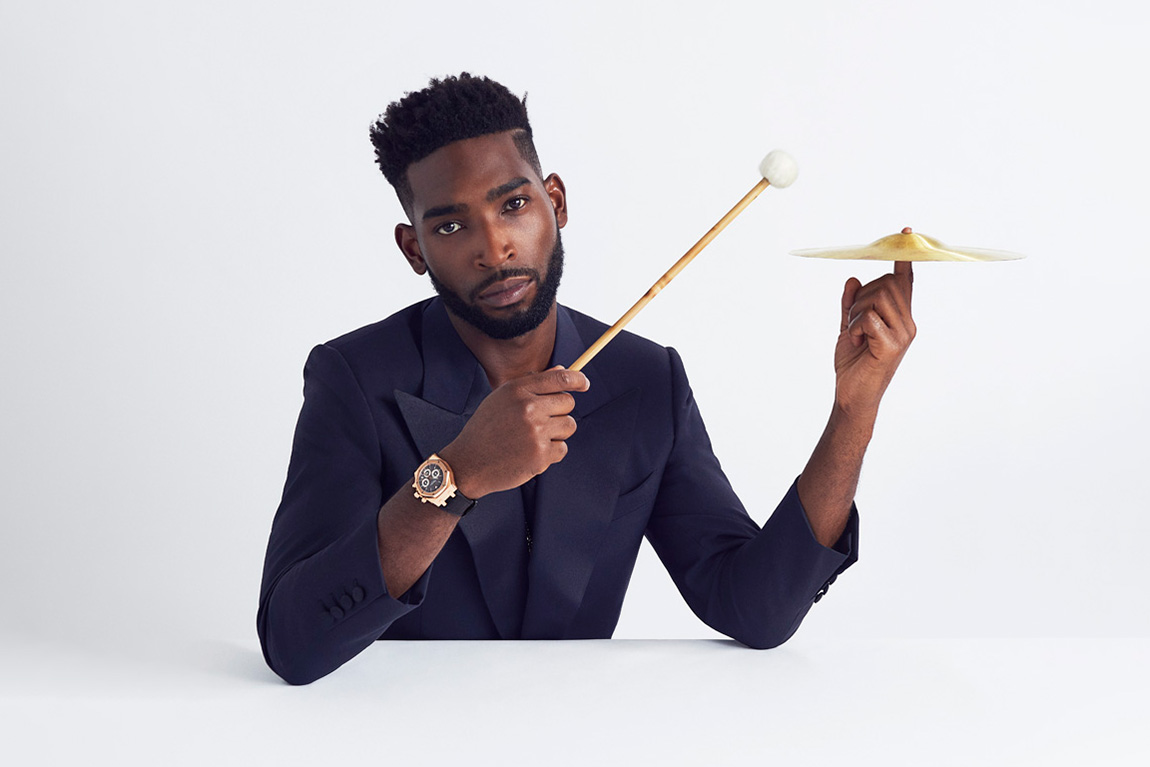 Celebrities like Tinie Tempah, Victoria Beckham, Kanye West and Jay-Z have recently been subverting stereotypes by wearing watches originally made for the opposite sex.

This news has been a long time coming in the watch retail industry and Watchfinder & Co. are the first to take the leap – removing all gender labels from watches on their website. They say marketing timepieces to a specific gender is ‘redundant, restrictive and outdated’ and we couldn’t agree more. For the most part, the distinction between men’s and women’s watches has been their size but with models like the 36mm IWC Big Pilot showing that men’s watches are shrinking and the Rolex Ladies’ Pearlmaster growing to 39mm, the traditional separation between the genders is narrowing. Prompting the online retailer to simply market watches as small, medium or large and remove all gender labels.

Rapper Tinie Tempah explains “I love fashion and love wearing what I feel most comfortable in. With watches, some days I like putting on a bigger standout piece and other times I like something a little smaller. People should be able to wear what they choose when it comes to watches, we all have our own style. It’s not for brands to tell us.”

Tinie Tempah and other celebrities like Victoria Beckham, Kanye West and Jay-Z have recently been subverting stereotypes by wearing watches originally designed for and marketed to the opposite sex. 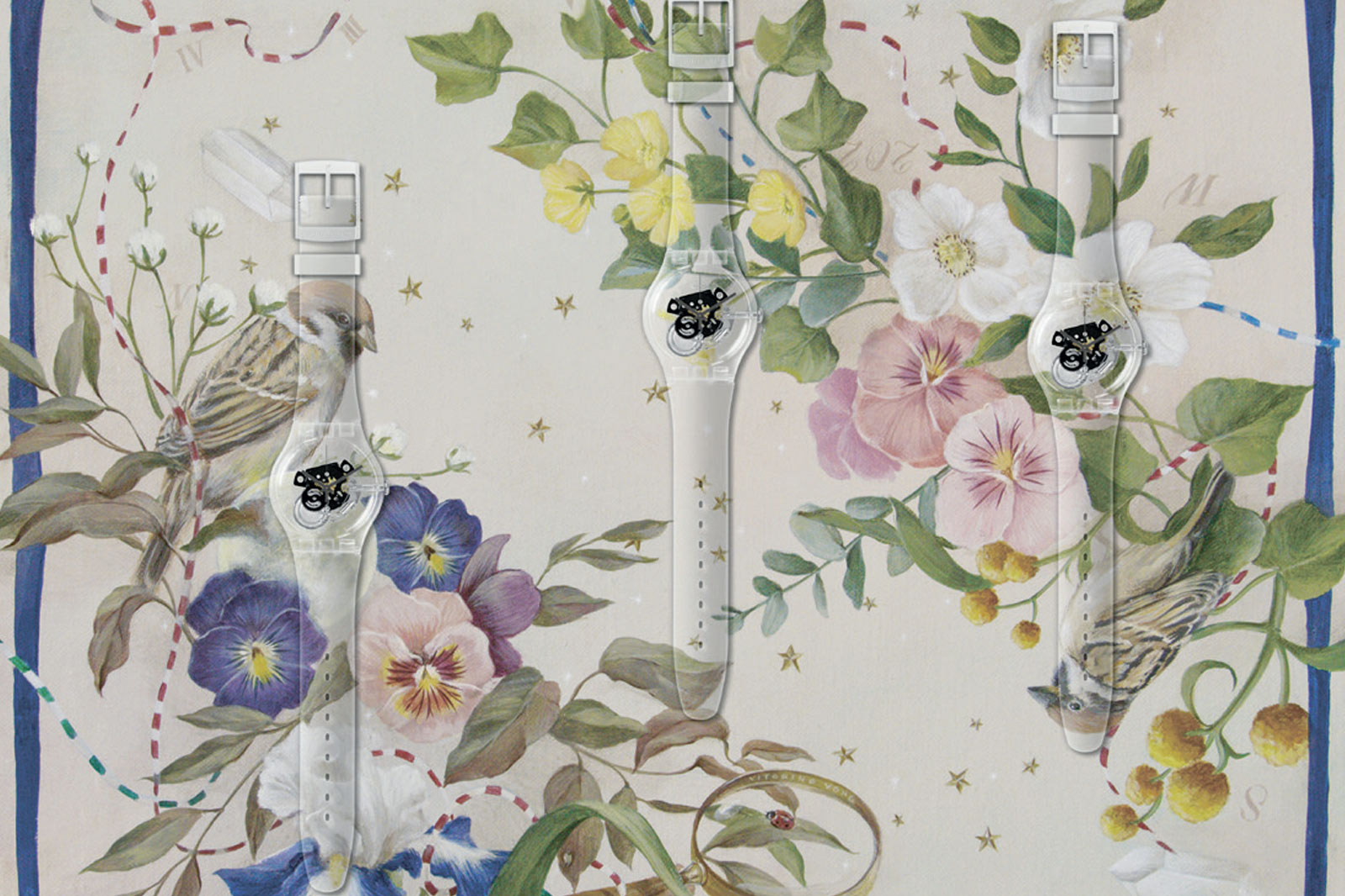 In keeping with this month’s art theme, Swatch’s latest artistic endeavour has been a great success. They worked alongside six young artists in Macau to develop designs for their Swatch X You customisable watches. The artists involved are PIBG 2038, Vitorino Vong, Tramy Lui, Kay Tung, MCZ_Thomas and Kun Lam – a diverse mix of illustrators, graffiti artists and multimedia artists. You could order your Swatch X You watch printed with designs from any of the Macau artworks along with a personal inscription, making each timepiece unique and part of a flourishing culture. While the run-on Macau designs ends on 3rd May, given its success similar programs are sure to follow. 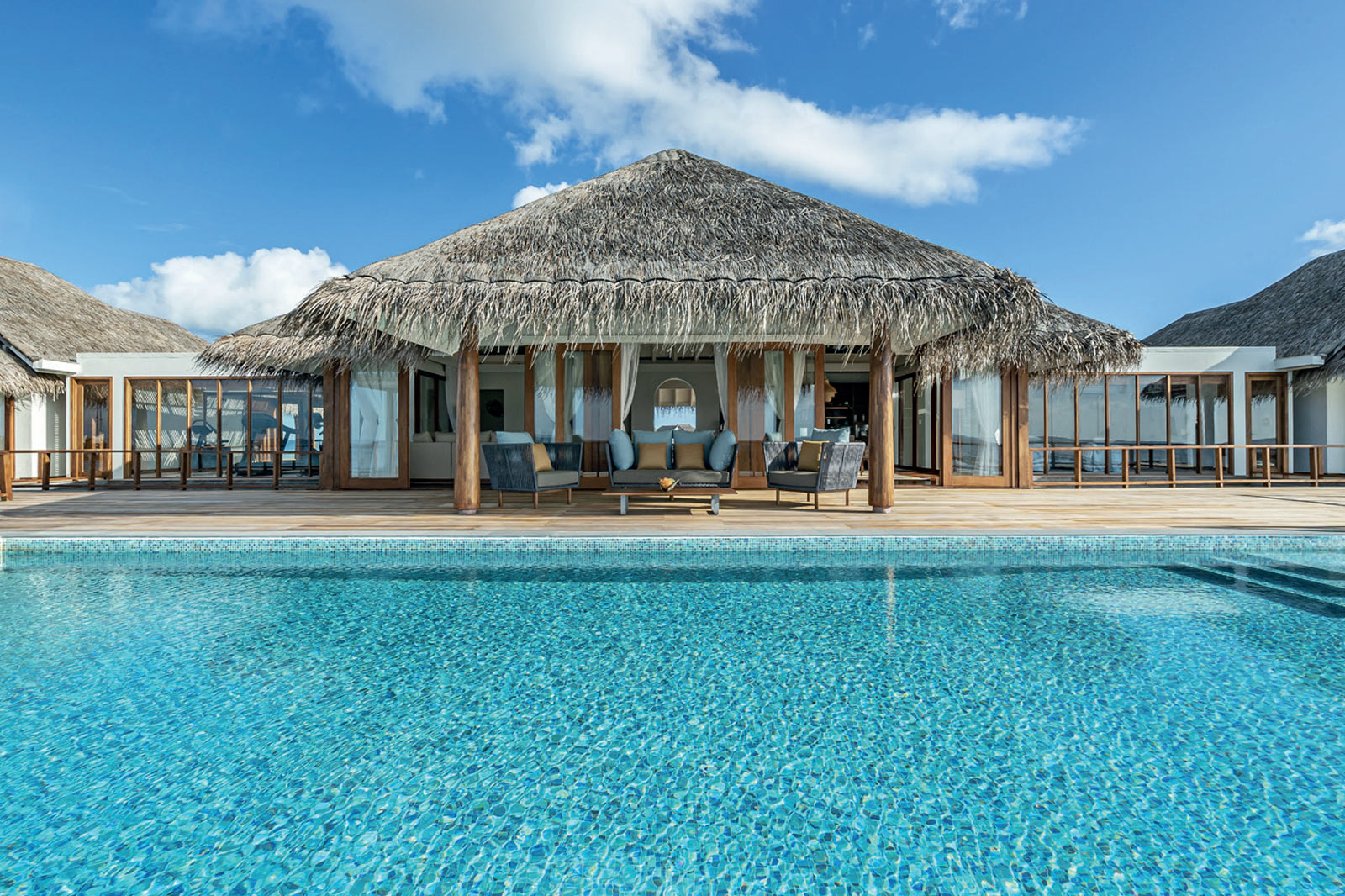 The tropical dream of blue waters, sunny skies and all-round great vibes is epitomised by Anantara Kihavah Maldives Villas. They’ve renovated all their accommodation located on the Baa Atoll and launched the biggest two-bedroom overwater residences in the world. ‘Overwater’ meaning, as you may have guessed, the entire building is situated on top of the waves – you can even watch the marine life below through select areas of glass flooring. Each residence sports a gym, a couples’ spa room, a fully equipped kitchen and a wine fridge, the whole building covering 1,500sq. m. Ideally suited to holidays and group travel with friends and family – when we’re allowed to get away.