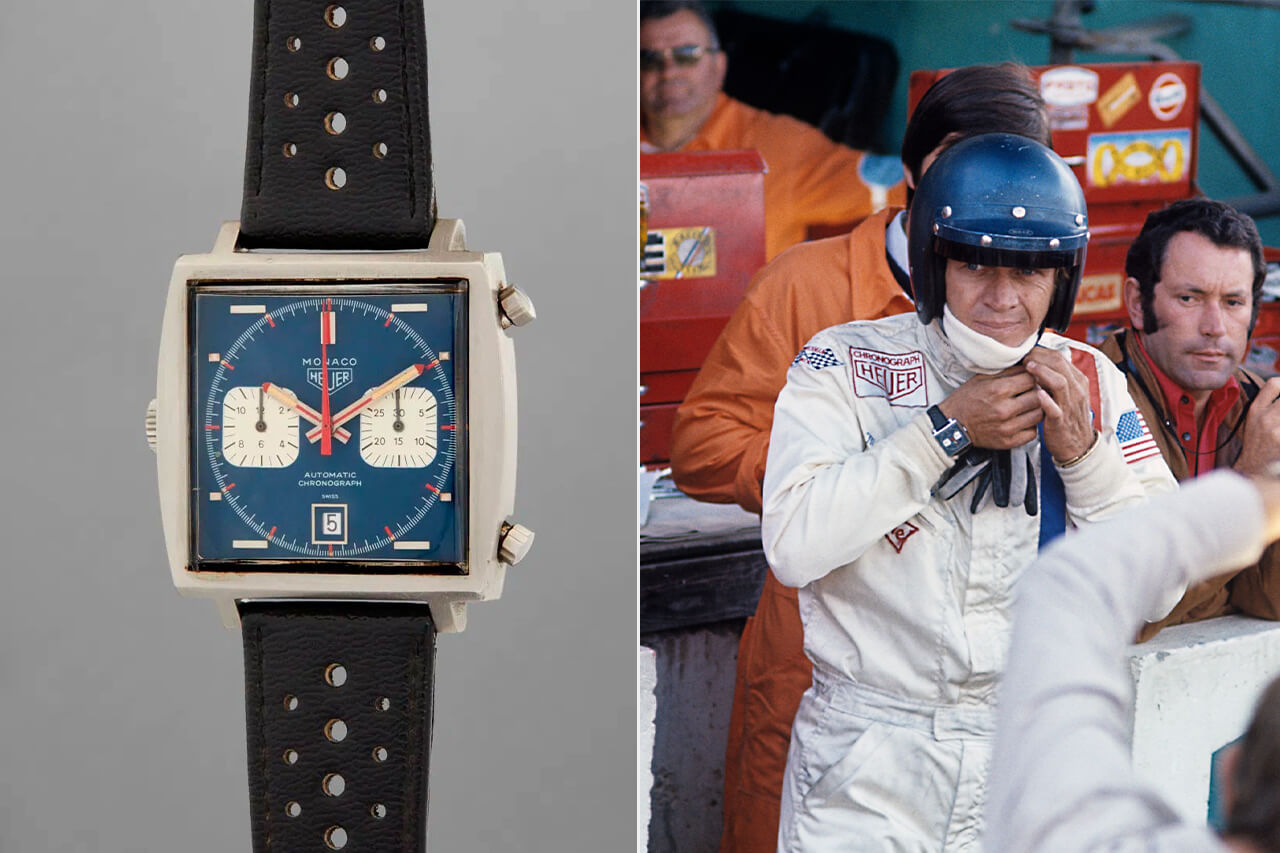 The film Le Mans made an icon of both Steve McQueen and Monaco, and it’s no surprise that for the filming the superstar was gifted a couple of them – one of which he gifted in turn to his personal mechanic, Haig Alltounian. This is that watch, as proven by a caseback engraving reading, ‘To Haig Le Mans 1970.’ On top of that, this particular example is in superb condition, showing the value that Alltounian placed on the watch. So you have an original iteration of an iconic racing watch, originally worn and owned by the man that made it an icon and with a nice story behind it. It’s not quite the Paul Newman Daytona, but it’s certainly up there. 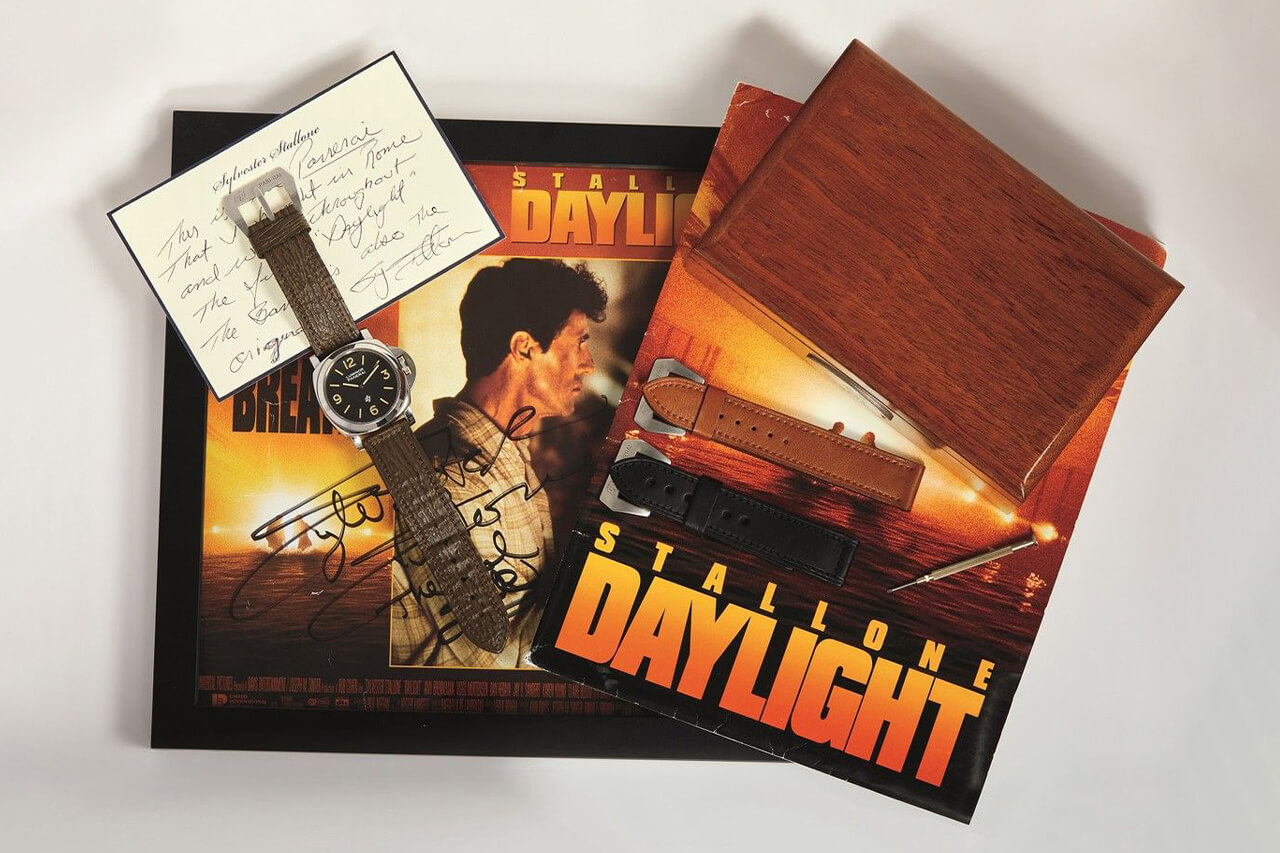 Believe it or not, before Sylvester Stallone donned his stainless-steel chunk of Italian watch in disaster film Daylight, Panerai were relatively unknown. This watch, shown throughout the 1996 film, can be considered the genesis of Panerai’s modern reputation. It also proved their watchmaking chops, given that Stallone barely removed the thing throughout filming. According to Sly, “it went through hell in every scene.” Somehow it survived, and on its original sharkskin strap too, coming out the other end in great condition. To hammer home the provenance, it’s presented here with a Daylight lobby card signed by Stallone and fully endorsing the watch. Come and get it, Paneristi.

The word’s ‘Big Red’ are already enough to get a Rolex collector’s spine tingling, but this is the ultimate example of the Reference 6263. One of the many Daytonas owned by Paul Newman, this watch was gifted to him by wife and fellow actor Joanne Woodward in 1983 for their 25th wedding anniversary, marked with a warning on the back: ‘Drive Slowly’. Perhaps even more poignantly, the watch was passed on much later to Newman’s daughter, Clea, on his deathbed. Presented in outstanding condition, despite having been used by Newman on many occasions, this is undoubtedly going to be one of the most hotly contested lots ever seen at auction.

All three lots will be presented at Phillips New York’s Racing Pulse sale, 12th December, along with over 130 other rare timepieces. Find out more at Phillips.

With Rolex and Patek Phillipe prices dropping, we investigate what the impending recession means...