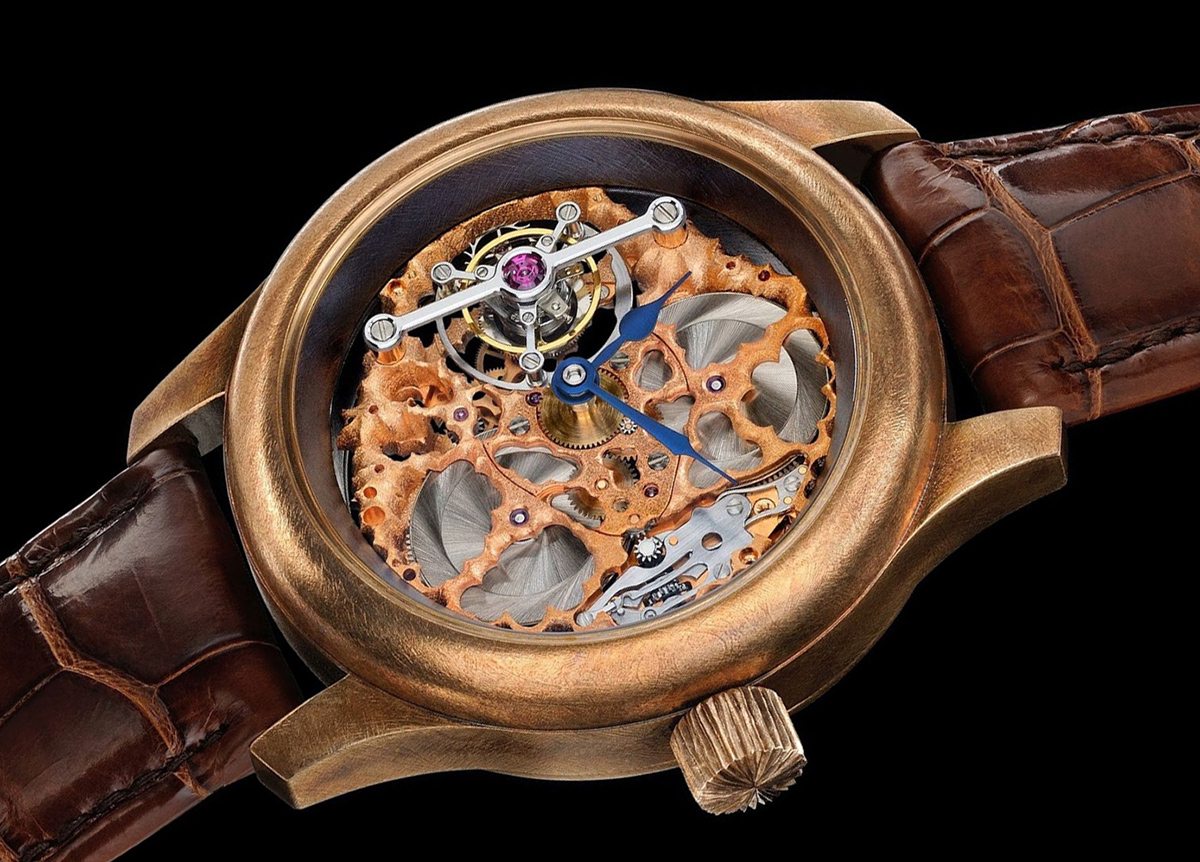 Since starting his own company in 1997, Geneva based Dutch watchmaker and hand-engraver Kees Engelbarts has made some truly spectacular hand-crafted watches, for example last year’s Platinum Tsuba. Engelbarts, who has a habit of pushing skeletonised watches to their absolute limits, specialising in an ancient Japanese technique called “MOKUME GANE” which stands for “wood grain metal”.

A master of the craft he has steadily earned himself high regard and recognition among watch enthusiasts for his stunning watches which feature mythical dragons and insane open-worked movements. So, when you want a watch that’s unique and truly special without spending millions in the process, Engelbarts’ your man. Today we’re going to take a quick look at one of his newest pieces – the Bronze Tourbillon. 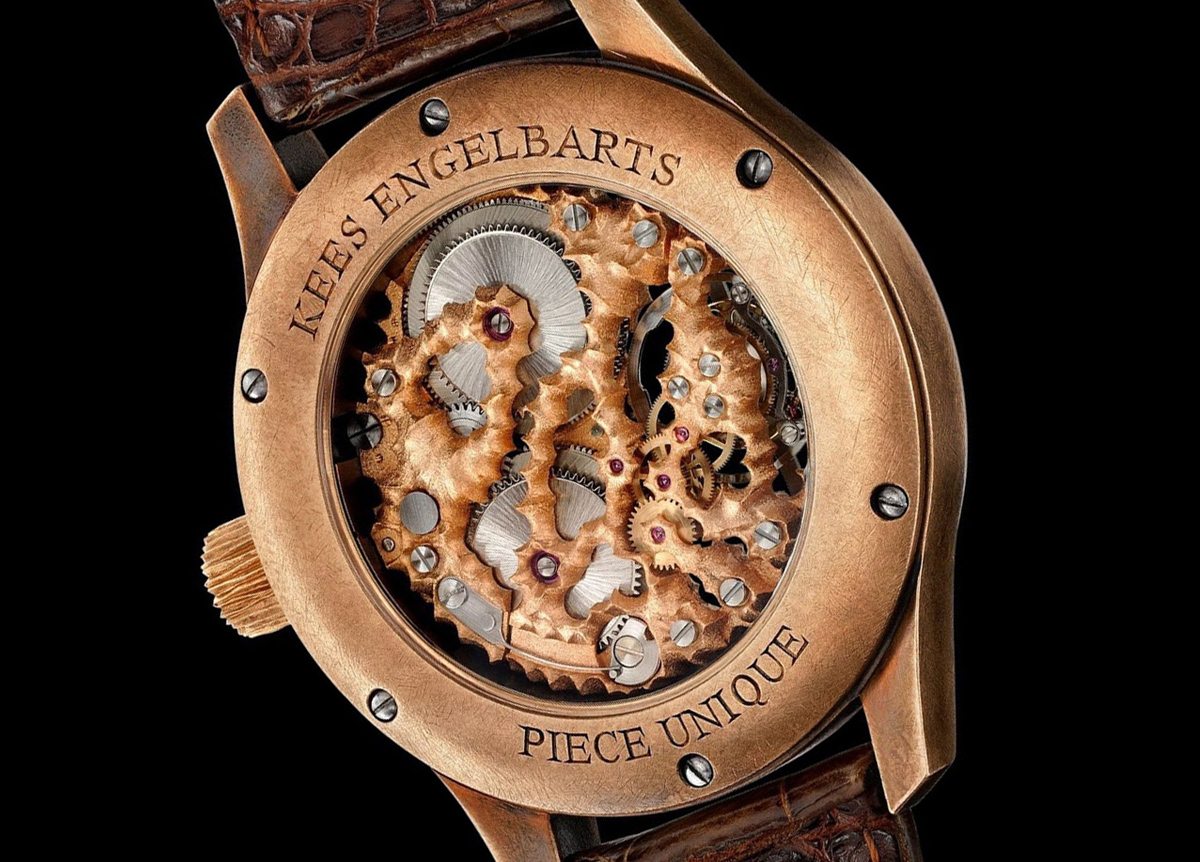 Measuring 43mm in diameter, this one-of-a-kind watch is made from bronze which has a brushed matte finish to give it a lovely patina effect. The skeletonised dial features blued hour and minute hands and a tourbillon at the 9 o’clock position which are powered by a skeletonised manual winding double barrel movement. Not to be hidden away like a forgotten treasure chest at the bottom of the ocean, the front and back have also been fitted with sapphire crystal glass so you can admire the organic-like movement in all its glory.