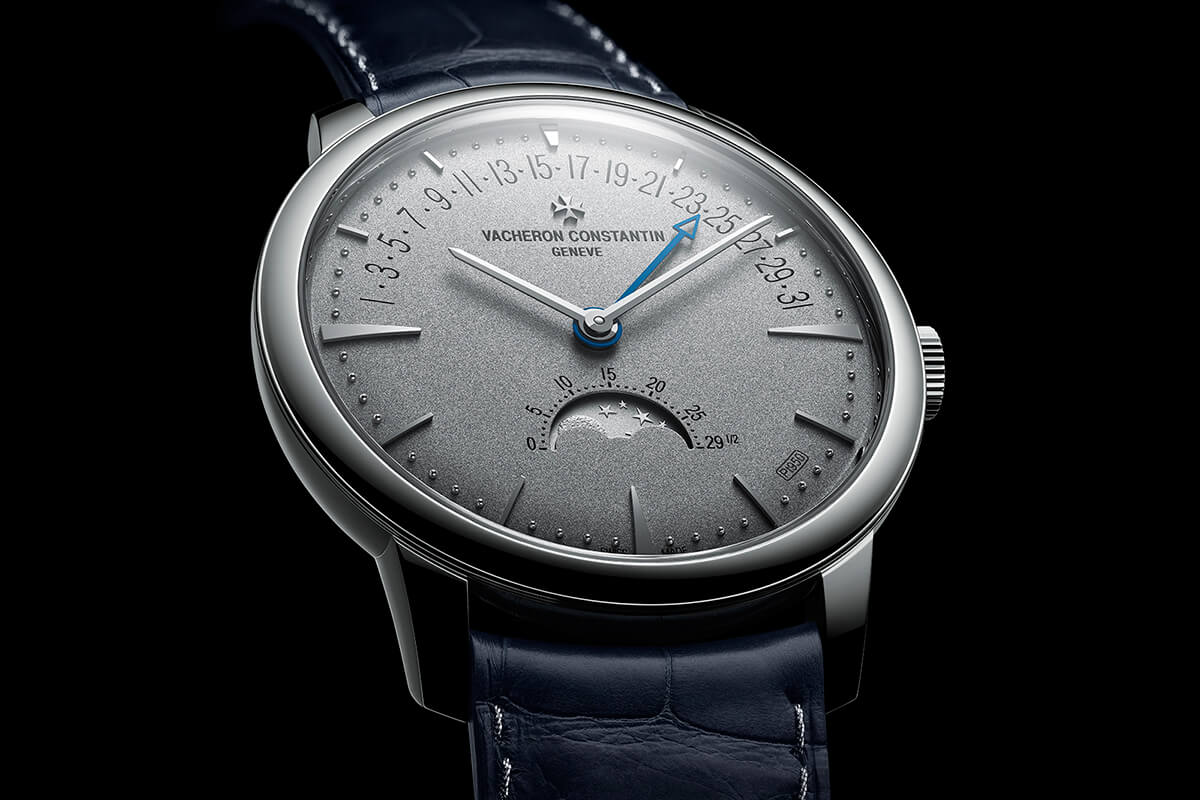 Vacheron Constantin’s suave Patrimony Moon Phase Retrograde Date has just been promoted to one of the venerable atelier’s most exclusive clubs, its Collection Excellence Platine.

The collection takes existing models from Vacheron’s collection and, as the name might suggest, produces them in platinum in limited runs exclusively for its own network of boutiques around the globe, with no more than two models making the cut each year.

First revealed in 2017, the Patrimony Moon Phase Retrograde Date gives the stage to a retrograde date scale which arcs across the top half of the dial from the nine o’clock position to the three, with odd dates represented by Arabic numerals and dots for evens. A centrally mounted open-worked arrow-tipped pointer indicates the date. 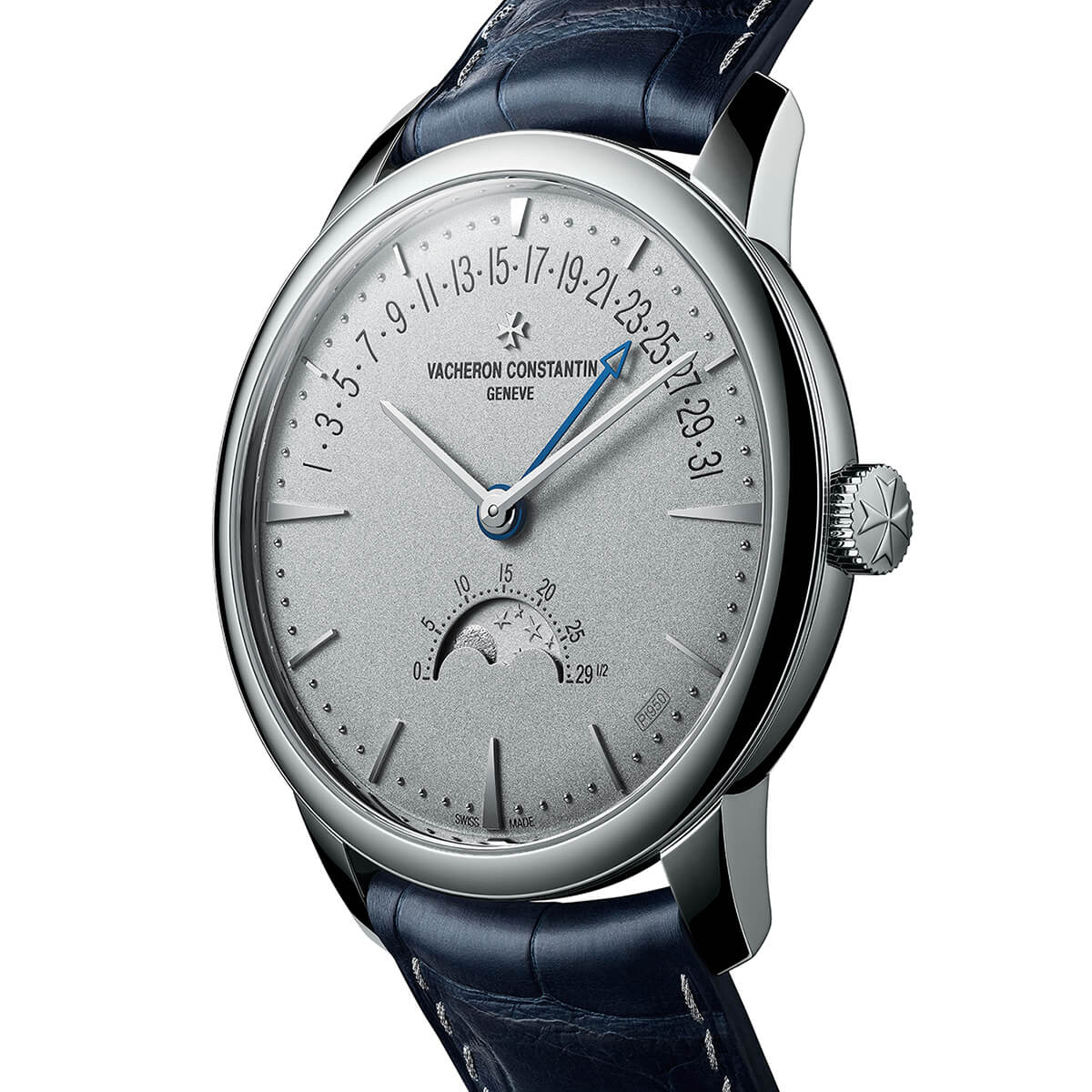 The dial design also presents its Moon Phase at the six o’clock with a scale covering the 29-and-a-half days between new moons, offering a little more precision than is normal for the pictorially led complication. Despite being capable of amazing levels of accuracy (this Vacheron’s moon phase would still be accurate for the next 122 years should you keep the mainspring of it inhouse 2460 R31L automatic wound), moon phase watches have always contented themselves with a fairly vague, visual presentation, the press blurb usually refers to it as ‘poetic’, so it’s nice to see Vacheron return some semblance of instrumentation to the complication.

This 50-piece run of the Patrimony Moon Phase Retrograde Date sees its 42.5mm case fashioned from platinum for the first time, but the changes, moon phase to the dial and date indicator offer the most visual impact. 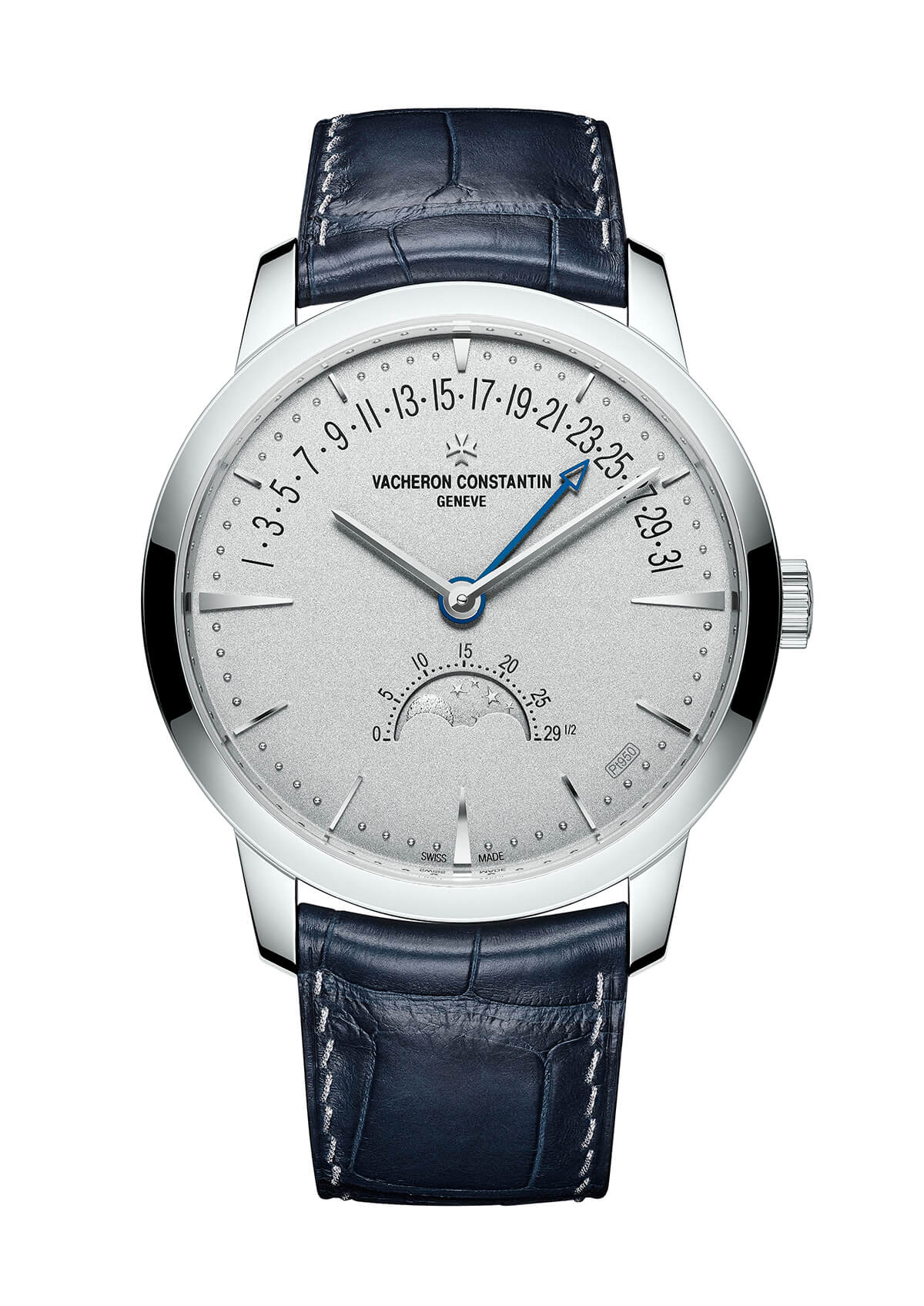 It’s not just the case that has been made from platinum but the watch’s pin buckle and dial too, hell even the thread used to handstitch its midnight blue alligator strap combines the precious metal with silk. The platinum dial has been sandblasted, creating a more pronounced graining than either of its collection stablemates, an effect which suits the vivid blue colour chosen for the date arrow perfectly. 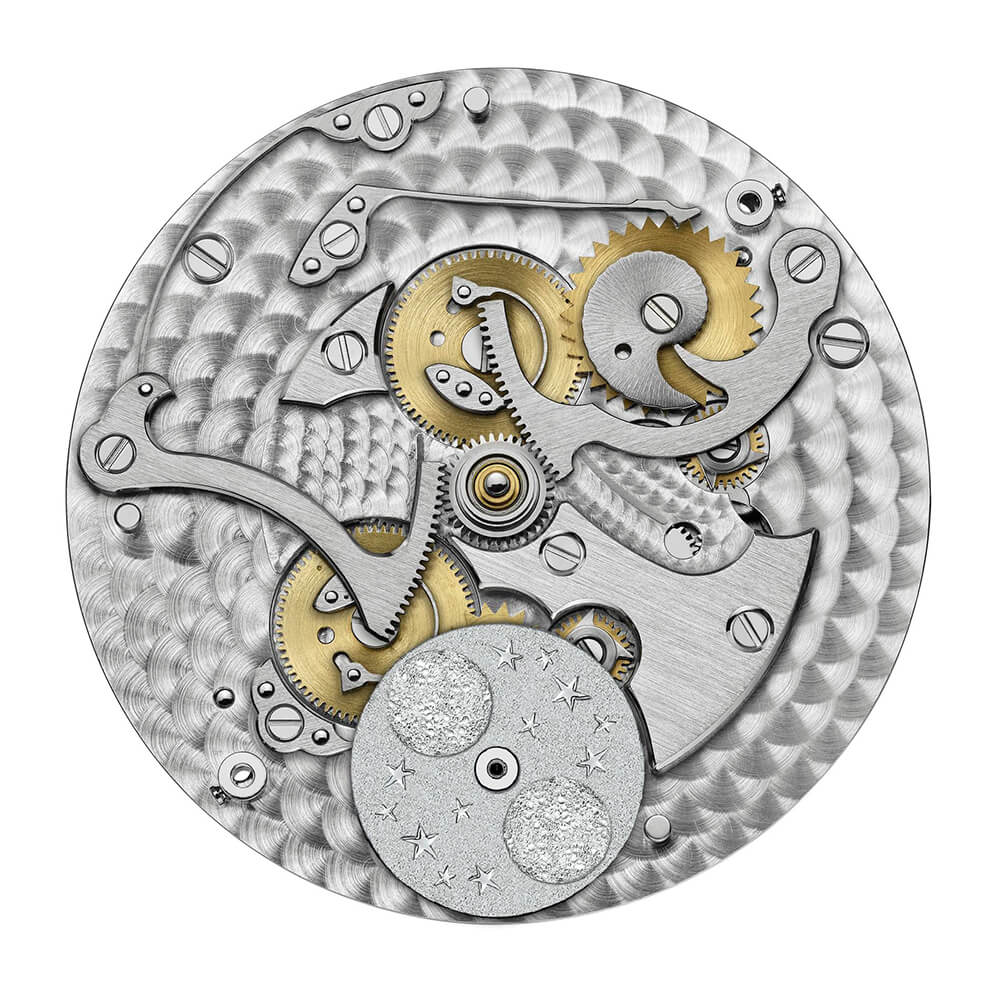 Down at six o’clock the moon phase disc has been redesigned with the traditional blue lacquer sky ditched altogether in favour of a high contrast mix of polished stars, three-dimensional moon and sandblasted background, all platinum without a colour palette in sight. Of course the Vacheron is a far, far more refined watch, but I couldn’t help thinking of the fiendishly clever (and cool) Eone Bradley tactile watch when I saw how Vacheron had accomplished this dial and moon phase disc.

Maybe that’s the point though, while the pink and white gold collection versions of this watch are as traditional as any in Vacheron’s catalogue, pointing firmly to watchmaking’s past, the clever finishes and stylish colour choice of this platinum limited edition looks squarely towards the future.