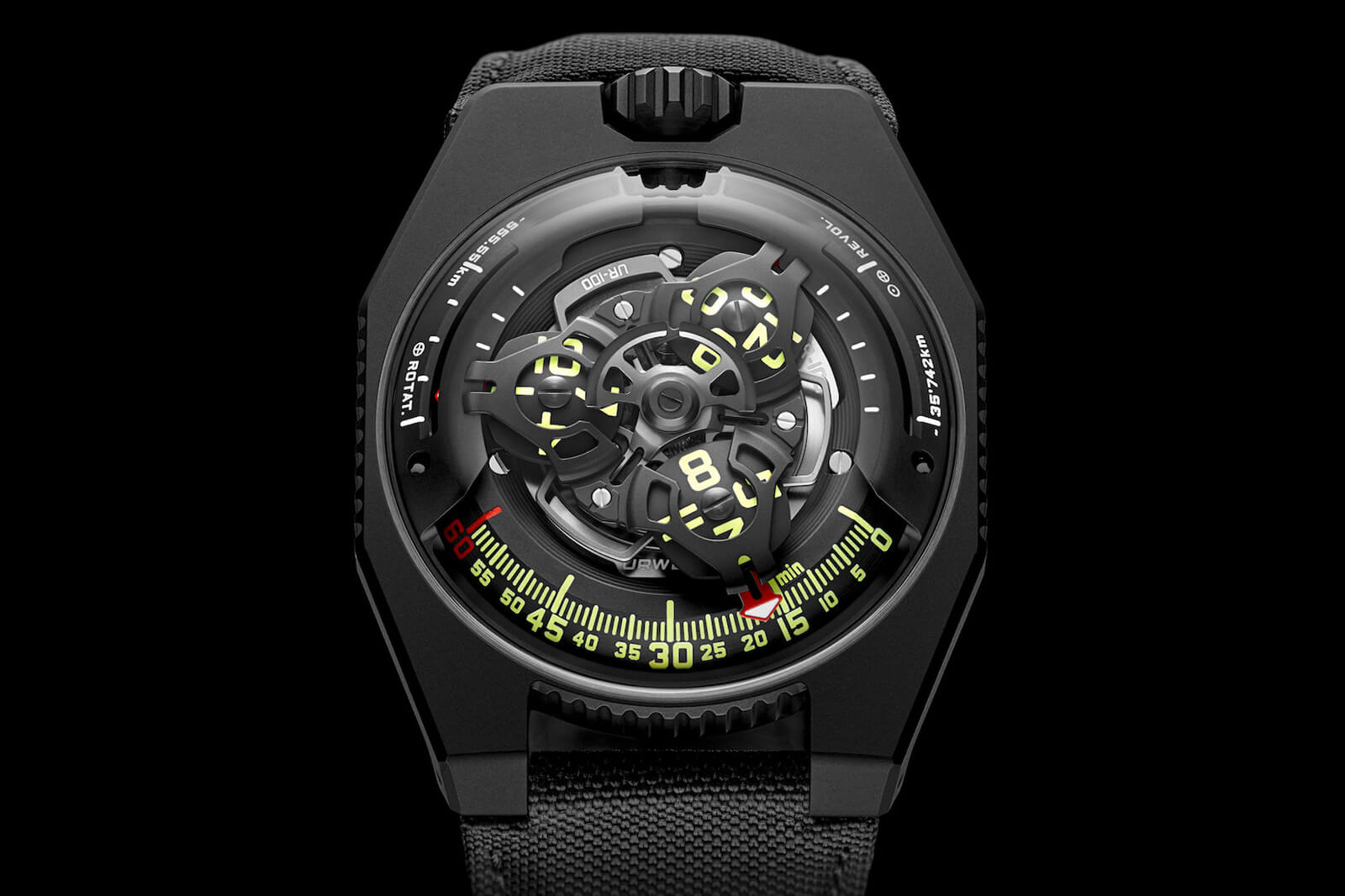 Urwerk are one of the only watchmakers you don’t expect round cases from. Big, industrial shapes like sci-fi wrist communicators yes; shapes like jet engines on steroids, sure. But round? Never. Until now, that is, and the UR-100 Space Time.

Granted the new piece isn’t entirely round; it lies somewhere in the grey area between the brand’s first creation, the UR-101 and the current era pieces, thanks to the elongated shape and the notched sides. It also has their now-signature 12 o’clock crown. 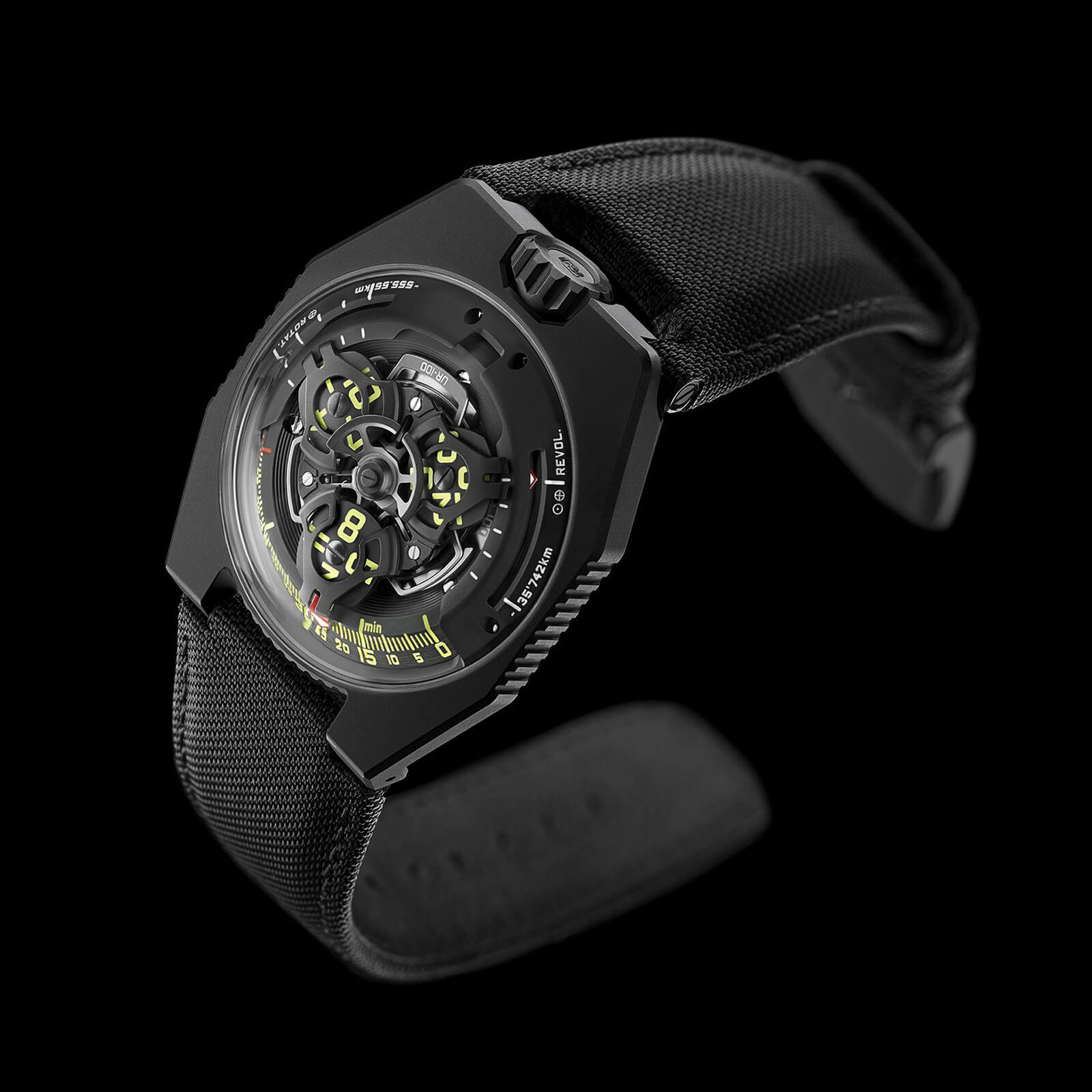 Of course, saying ‘12 o’clock’ perhaps doesn’t make too much sense with this watch, since the display uses Urwerk’s favourite timekeeping method of satellites. The three discs each take it in turns to run along the minute track, displaying the correct hour in turn. It’s a mechanism that’s become synonymous with Urwerk, though it’s nice to see it in a more accessibly sized watch at 41mm across. 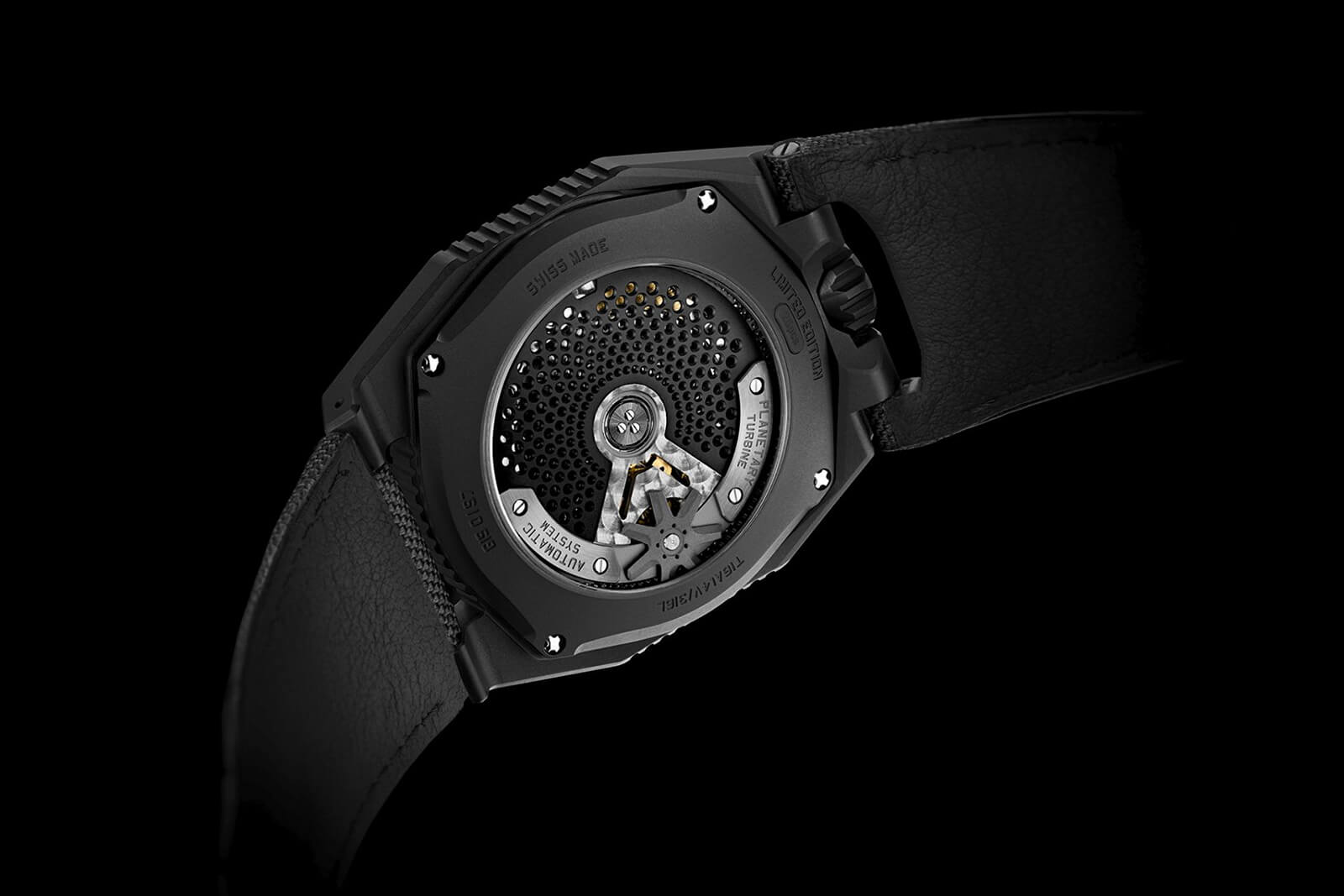 All that said, there is more to the Space Time than Urwerk’s orbital timekeeping. That would just be boring, wouldn’t it? There are two additional scales dial side at 10 o’clock and 2 o’clock from which the watch takes its name. The first tracks the distance the Earth covers as it spins through the void at roughly 1665 km/h. Try not to think about that too hard. 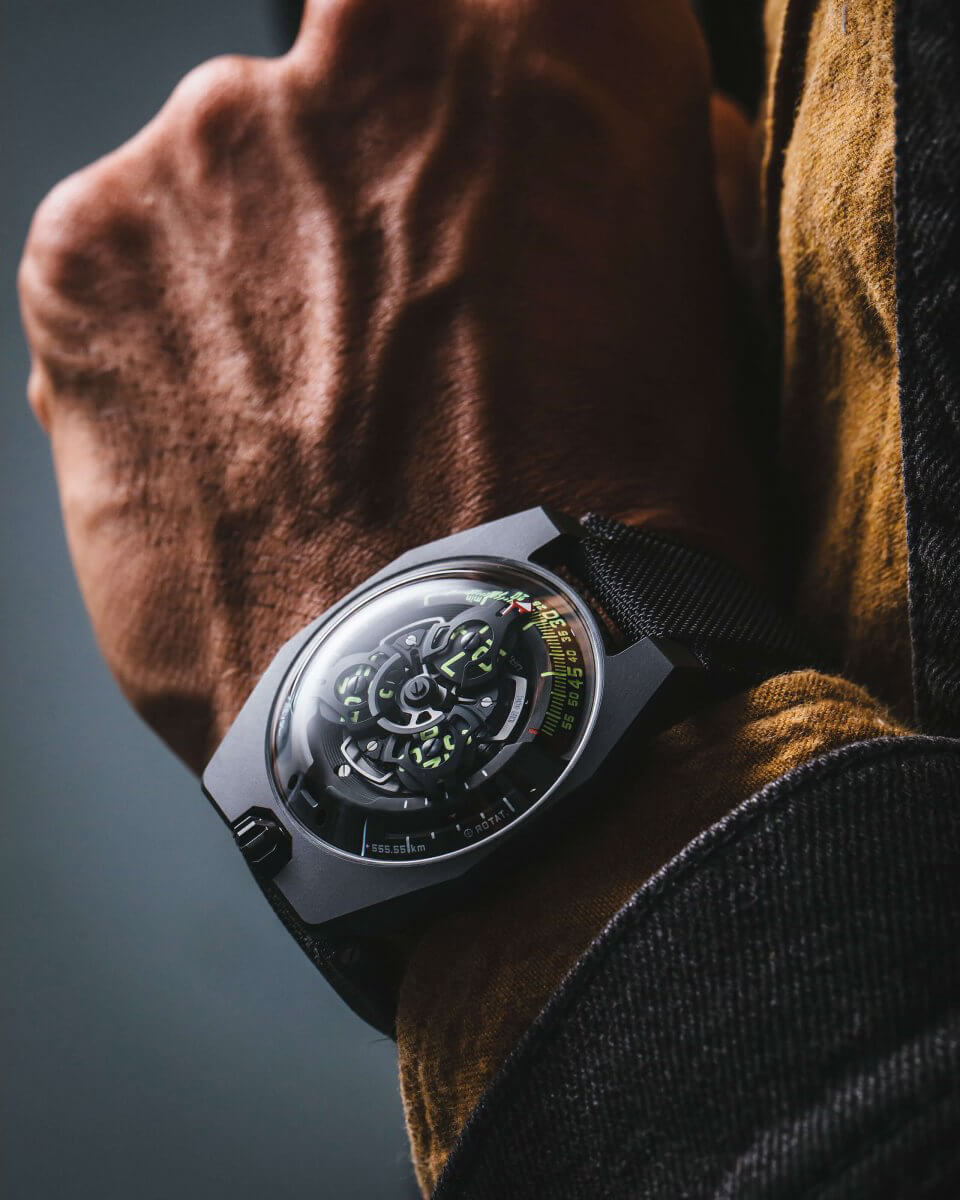 The second indicator shows how far the Earth moves in its solar orbit which, if you wanted to ace an astrology-influenced pub quiz, is just under 110,000 km/h. Both are very rough of course, marked as they are on a 20-minute scale rather than the full hour, and about as useful as a moon phase indicator on Jupiter. Still, it’s a cool little idea. 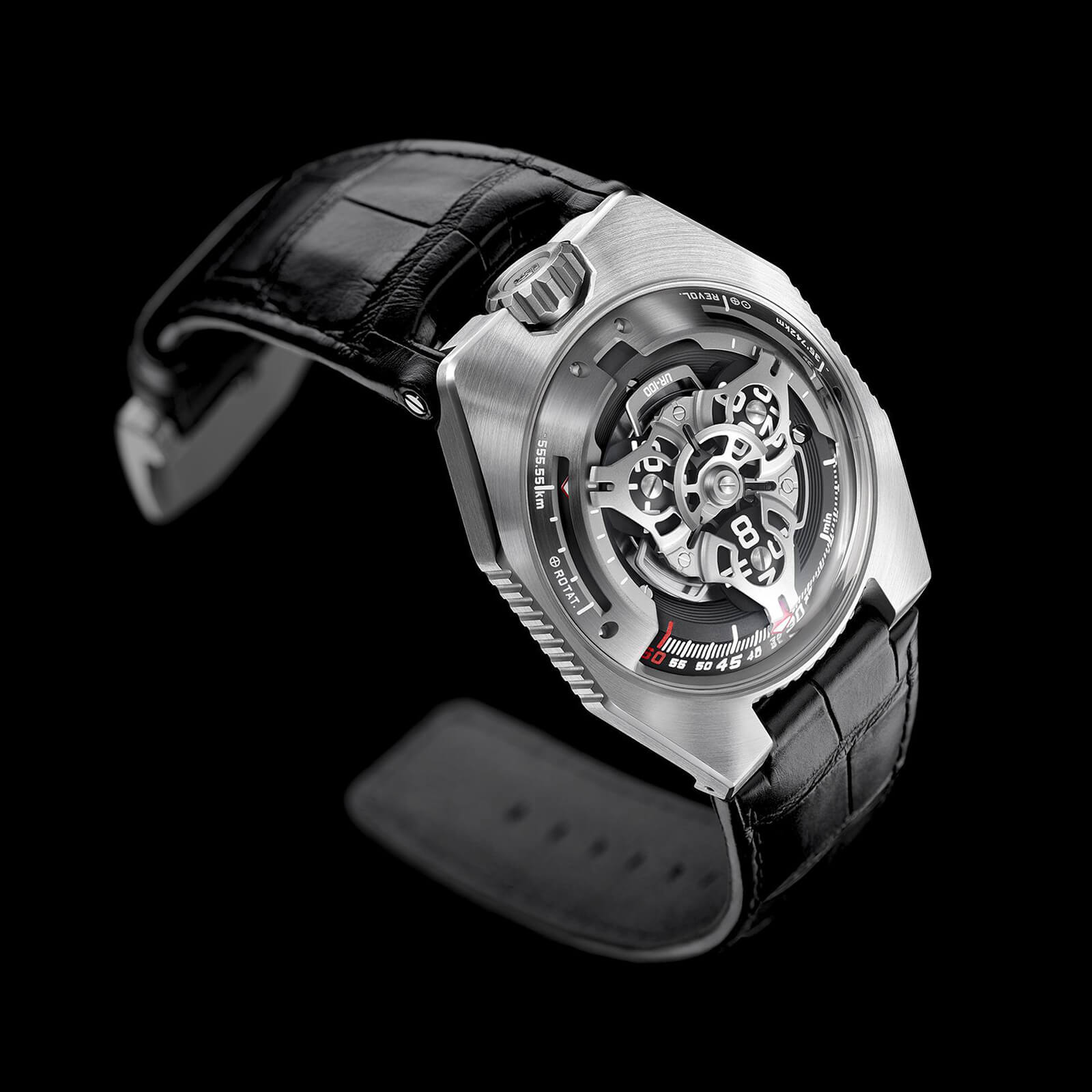 The UR-100 Space Time will be available in two variations to start – though like anything you can expect some additional palettes later on. The first is the plain steel and titanium UR-100 Iron; the UR-100 black on the other hand uses a black DLC coating and fluorescent yellow markers. Both are incredibly cool and possibly the only modern Urwerk we’d call easily wearable. If, that is, you can stump up CHF 48,000. 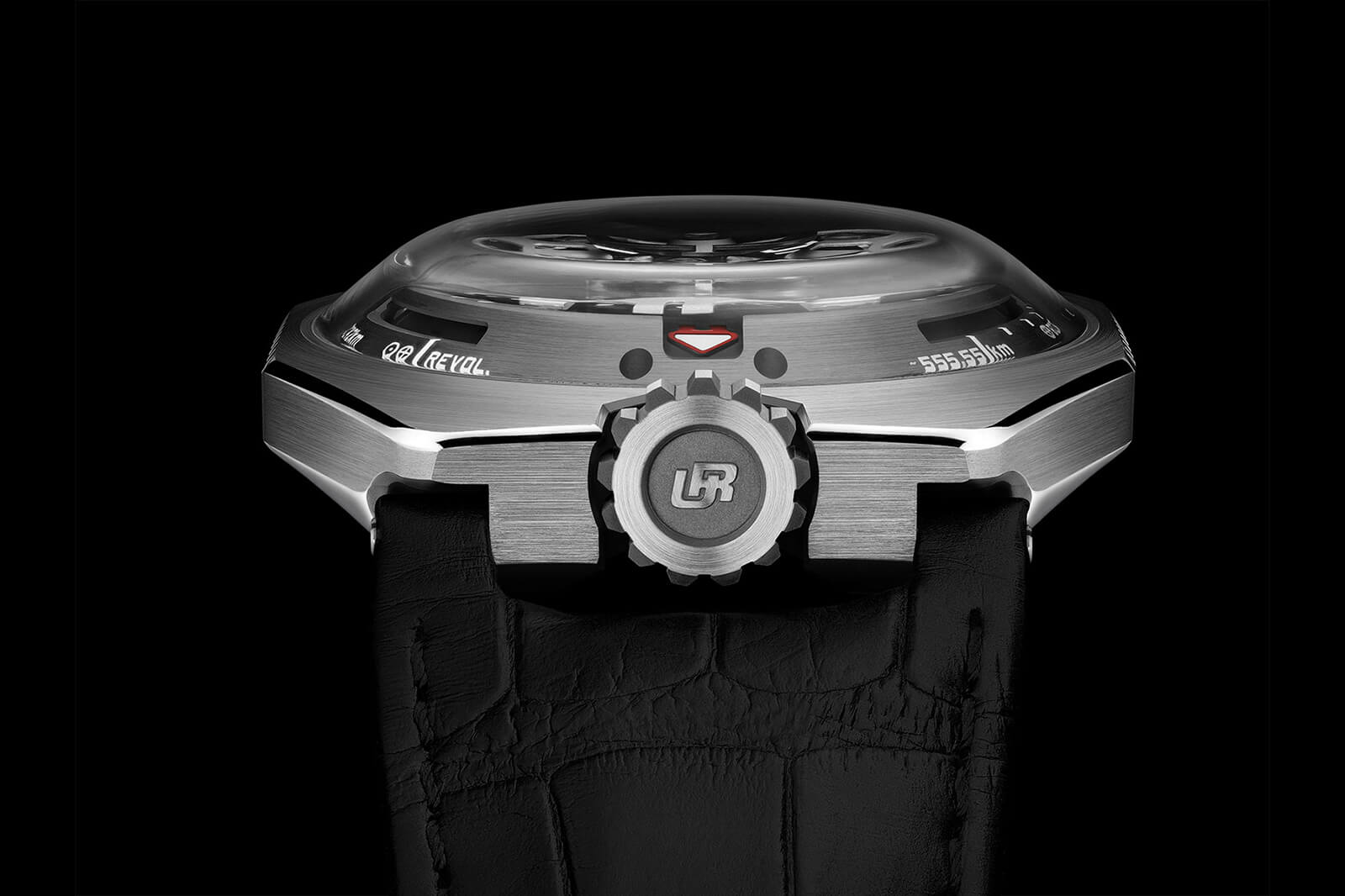