From Adam West’s Egyptian dancing to Christian Bale’s brooding caped crusader to whatever Batfleck was, the World’s Greatest Detective has been the archetypal anti-hero vigilante for 80 years. What better way to commemorate that fact than with a watch? And we don’t mean the Rolex GMT but something a little more on-the-nose: the Undone “The Caped Crusader” and “The Dark Knight”.

In the same vein as their recent Monopoly collaborations, Undone isn’t content with just one watch but two, each illustrating a very different point in Batman’s ongoing lifecycle. 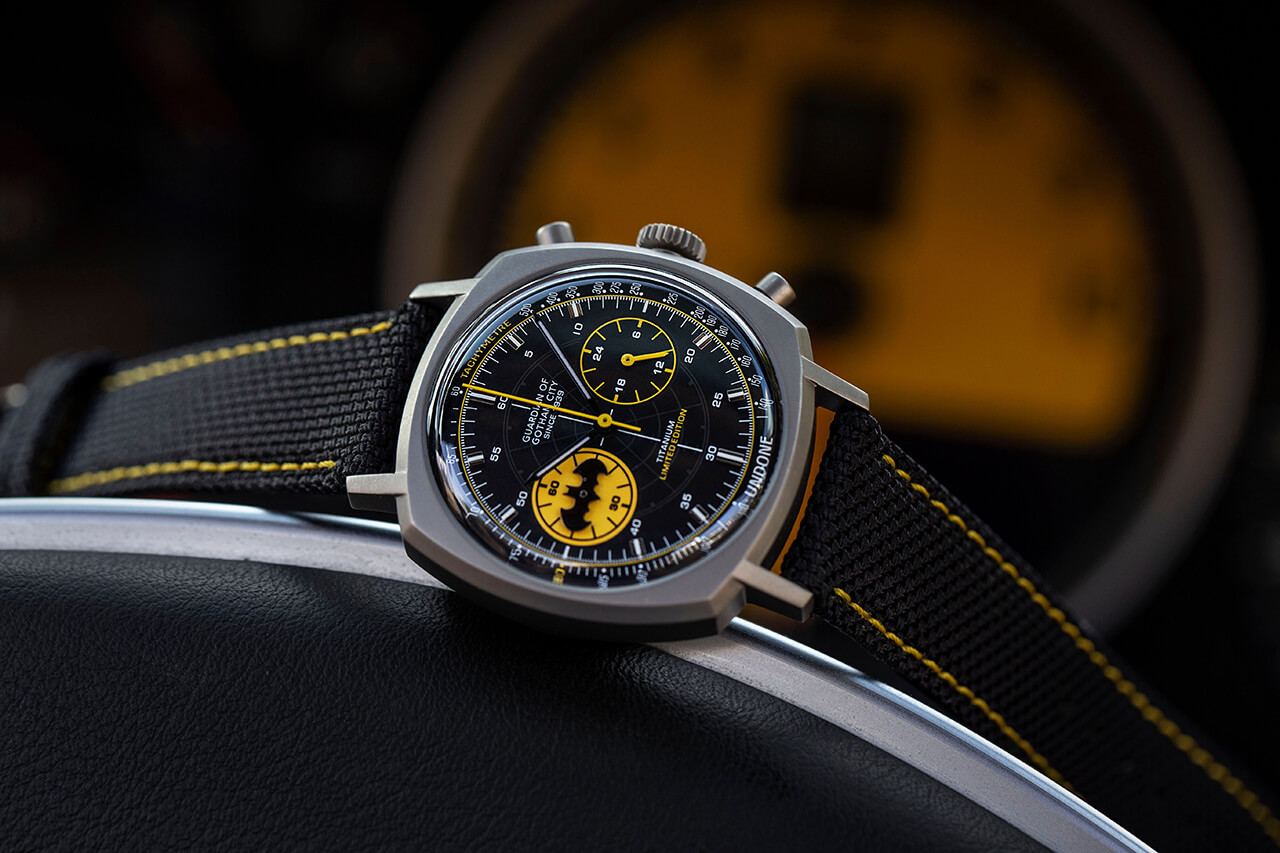 The first and most obvious Batman watch is The Caped Crusader, a handsome, cushion-cased titanium chronograph in the hero’s livery of black and yellow. That yellow can be found not just on the logo on the minutes subdial, but around the edge on the tachymeter and the contrast stitching on the strap.

Turn the lights off and the entire dial comes alive with the sleuth’s signature detect-a-scope picked out in lume, with the logo turning into the bat signal itself. Sure it’s all a bit obvious, but that’s what makes this a seriously fun watch.

The second of the pair is a little more toned-down. In fact, if it weren’t for the spikier, modern bat logo on the 3 o’clock subdial, a reference to the noir take of Nolan’s trilogy, it would simply be a handsome, titanium, cushion-cased watch. Once again it comes out to play at night with both subdials shining in the same neon blue that the Batmobile favours. 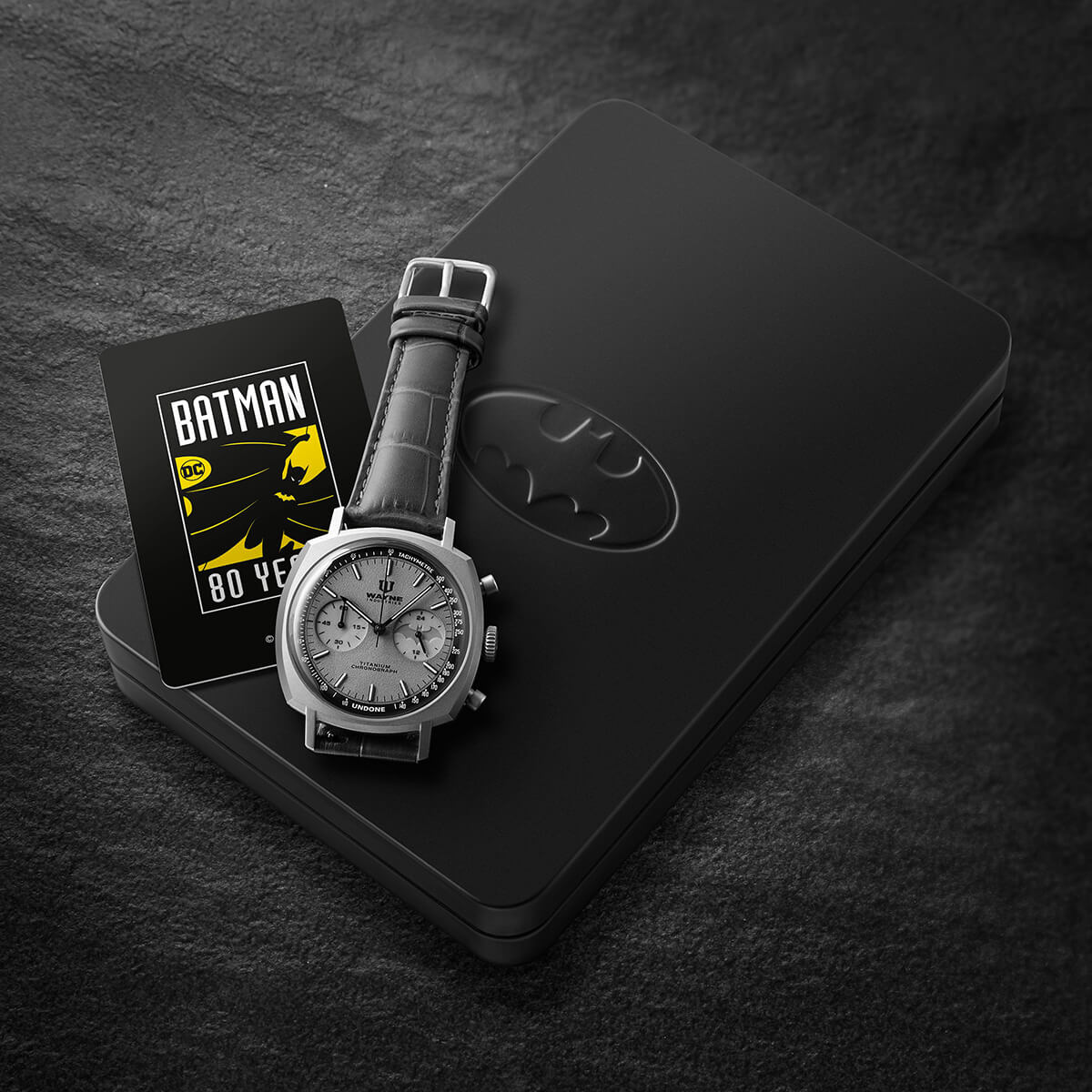 Both watches are 40mm across, 48mm lug-to-lug, making them substantial pieces. It’s good to know though that, more than just a comic book tie-in, proceeds from the pair will be going to the Hope for Henry Foundation, helping seriously ill children. You might not be able to take to the streets like a vigilante, but at least the watches help in some form of heroism.