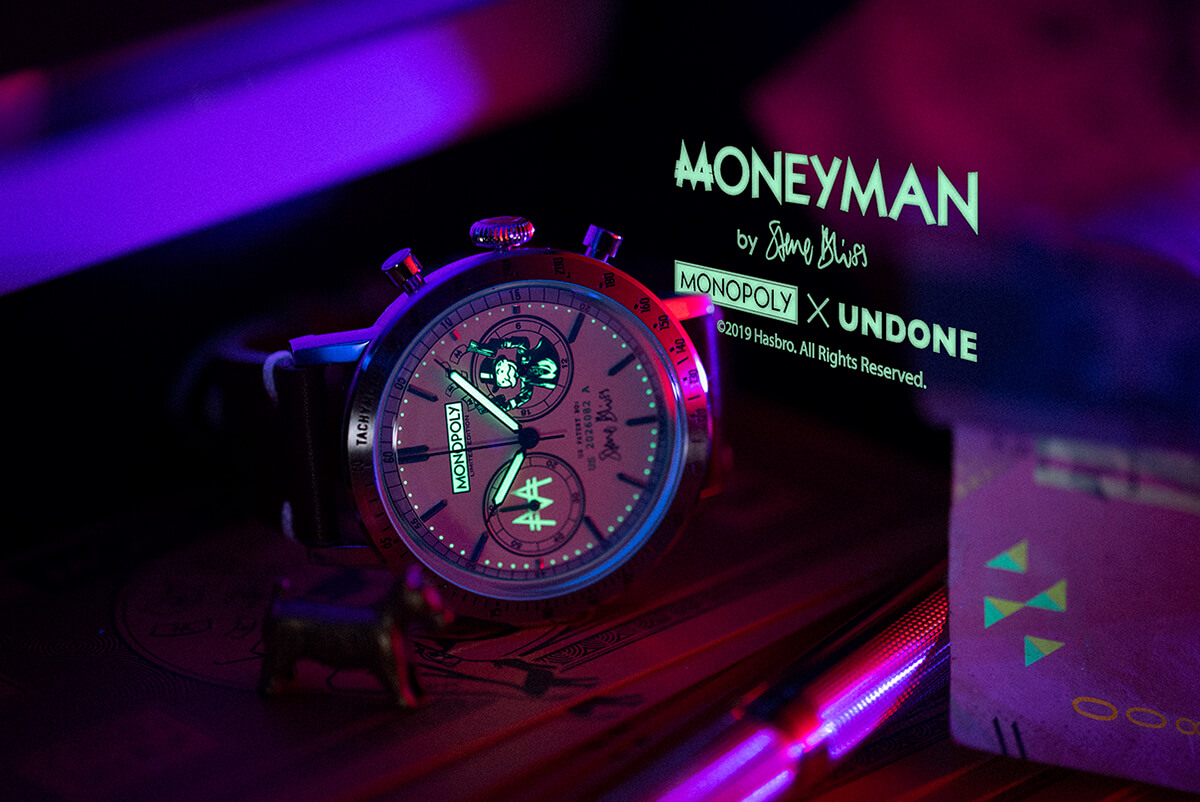 Monopoly. It’s game designed to ruin friendships and wreck families and there’s a good chance someone will wheel it out over the festive period, with the infuriating mascot of it all, Rich Uncle Pennybags – capitalism personified. Yet while most of us look at the be-moustached bastard with a mix of fear and hatred, artist Stephen Bliss and custom watch brand Undone have taken a different approach.

If you’ve not heard of Bliss you’ve certainly seen his work – at least if all the sold copies of GTA V are anything to go by. He’s the man responsible for the games’ iconic artwork. Given that background, you can likely make a few guesses about Mr Monopoly’s watch-based revamp.

Rather than his usual money bag and cane, the top-hatted avatar is brandishing a pair of dollar guns to make it rain. Well, if you were the embodiment of capitalism, wouldn’t you do the same?

His new home comes in two different versions. The first is the aptly named Godfather, a black and gold tachymeter-equipped number. The man himself is sat at 6 o’clock, with his guns shooting gold dollars in swirls around the subdials. It’s the watch equivalent of a gilt-laced billionaire’s club. 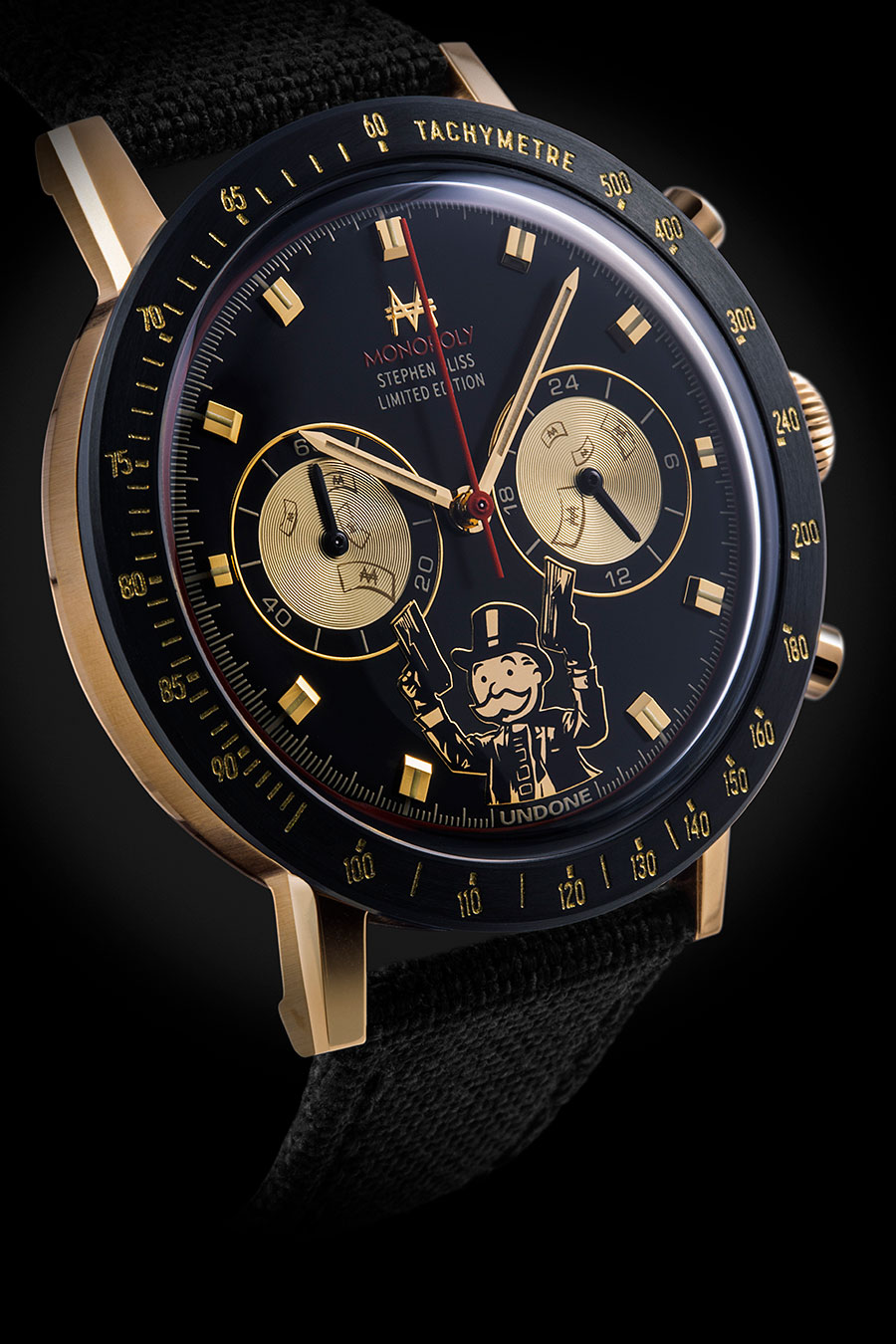 The second watch in the collaboration is even more monied, though in a more literal sense in the colours of money, like a banknote you can wear on your wrist. Fittingly dubbed the Benjamin, this one has Uncle Moneybags on the right-hand subdial, with the Monopoly currency symbol on the left. At 6 o’clock Bliss has lent his signature (rather than the treasury) to complete the look.

In both cases, flip the watch over and you’ll find a special engraving – a parodied chance card / community chest entry written by Bliss. You won’t know until your watch arrives which of the five variations you’ll get, but that’s all part of the fun.

Both will also come in a Luxury Tax case, complete with a commemorative gold banknote featuring the new revamped face of monopoly and his partner in crime, Penny Gladrags.

The latest in Undone’s series of incredibly cool collaborations, both The Godfather and The Benjamin put your money where your wrist is – and next time you’re stuck at home watching a shoe get income taxed, just remember: Rich Uncle Pennybags is having one hell of a good time.

If you want a chance to win one of the Undone X Stephen Bliss Monopoly watches for yourself – as well as plenty of other pre-launch swag – visit their website and get sharing.