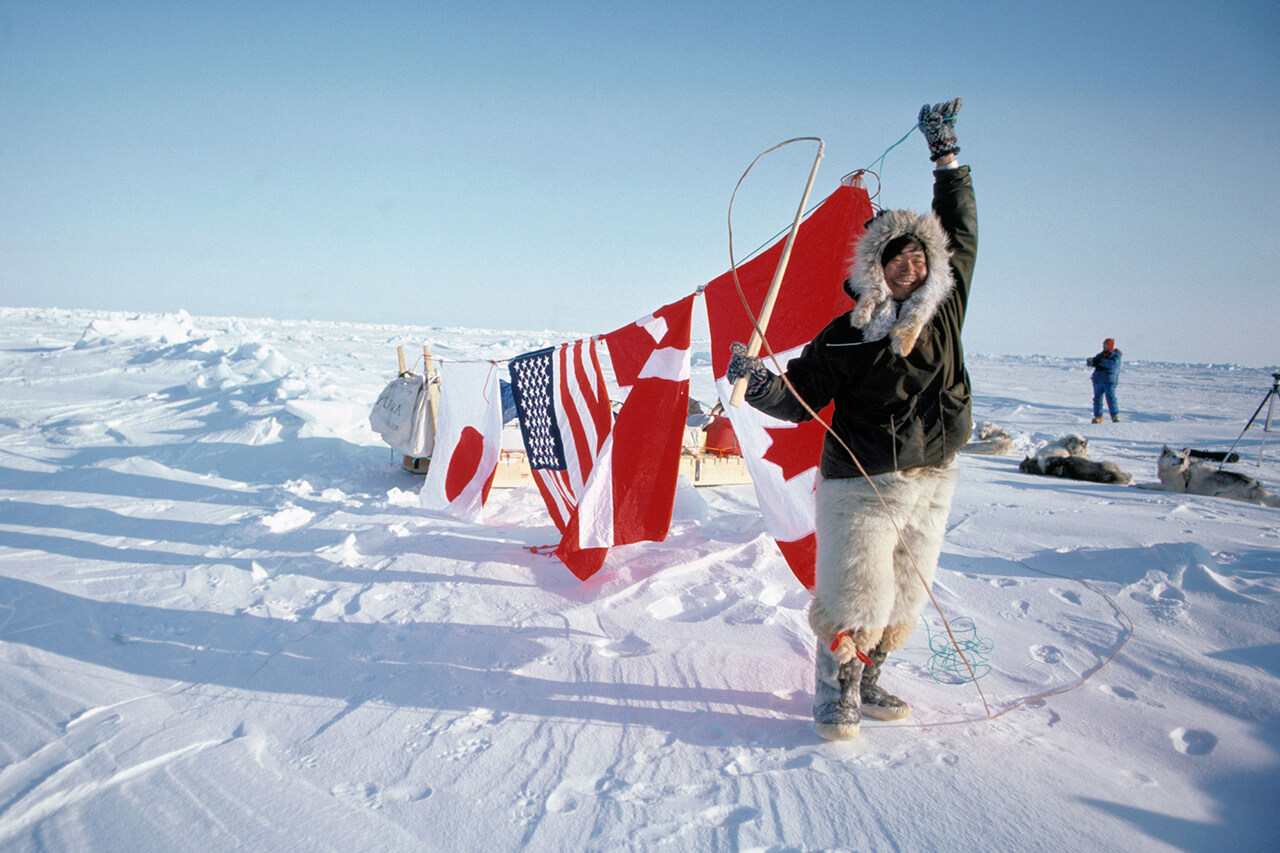 The history of Seiko’s 1970 divers watch is full to the brim with world firsts: it was developed just five years after the first ever Seiko divers watch, it was worn by the first Japanese explorer to summit Mount Everest and by the first explorer to successfully summit the highest peak on all five continents. Remarkably, those two explorers were the same man, Naomi Uemura, and to celebrate the 80th anniversary of his birth, Seiko has released a limited edition re-interpretation – the Prospex 1970 Diver.

Uemura is one of the most phenomenal explorers to have strode the planet, known for wearing an original Seiko divers watch during a gruelling, 12,500km, dog-sled trek from Greenland to Alaska in the 70s. He also summited Mount Everest, Mont Blanc, Kilimanjaro, Aconcagua and Denali (formerly known as Mount McKinley) within his lifetime, the first person ever to do so. He disappeared in 1984 during a descent from Denali in winter. 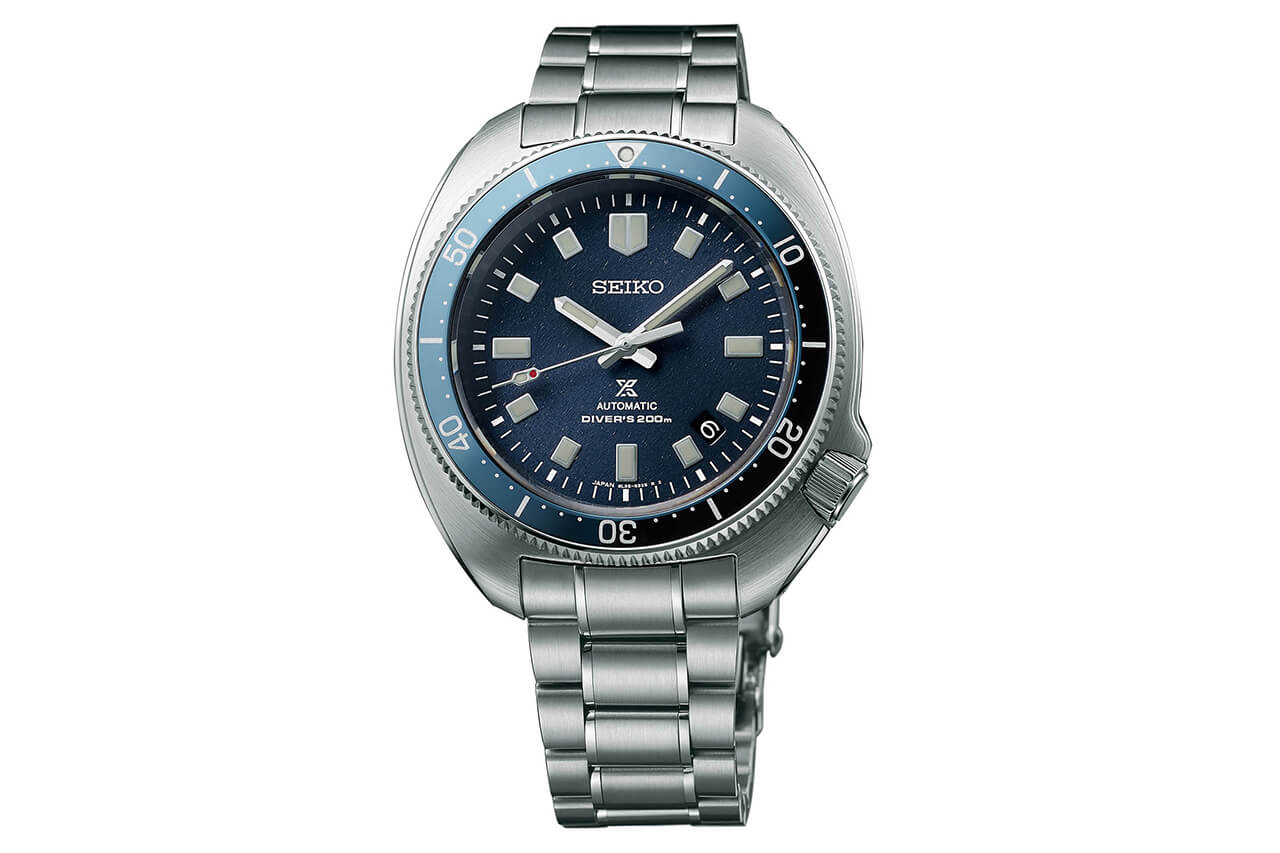 Let’s dive into the watch that commemorates his life. The specific 1970s reference model is the 6105 so the first thing you notice is that the case is not symmetrical, the lower quadrant around the 4 o’clock position has been built up to protect the screw-down crown. Not only does this add a little extra flavour to the design, but it’s also practical, reinforcing the piece’s purpose as a watch for rough conditions, on the side of a mountain or under the sea. 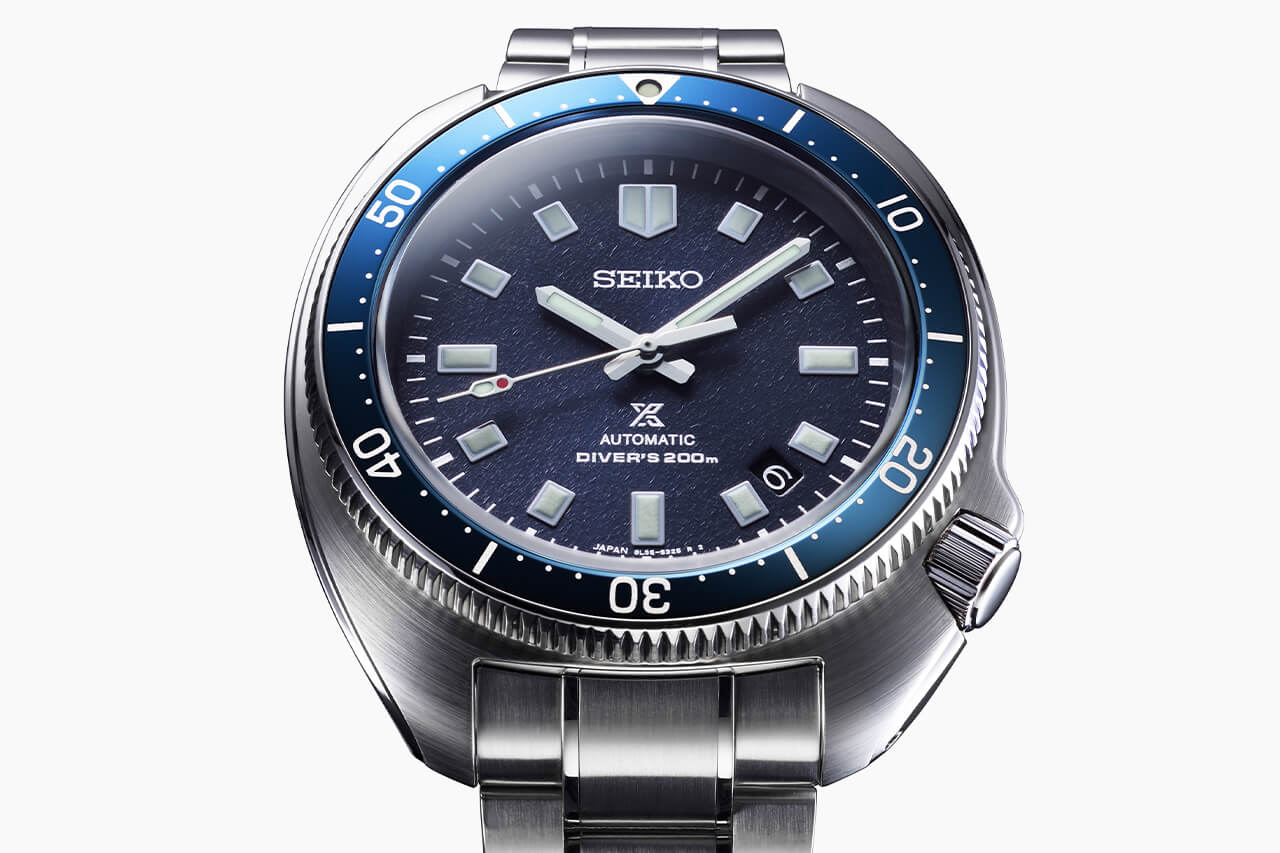 That dependability is mirrored in its 200m water resistance which is an improvement on the original’s 150m – bringing it in line with the modern Prospex collection. This is not the first time that Seiko has used the 6105 heritage divers watch as inspiration for an updated limited edition timepiece, last year they released the 55th Anniversary “Captain Willard” Edition.

The dial has been designed with legibility as its core tenet. It foregoes the usual date window placement at 3 o’clock and slips it between the indices at 4 and 5 in order to make sure that the chain of large Lumibrite coated indices is unbroken. The pattern of the blue dial, which is styled to look like the mountainous terrain that Uemura was so fond of, is subtle enough not to distract the eye while also providing a nice contrast to the polished stainless steel case and bracelet. 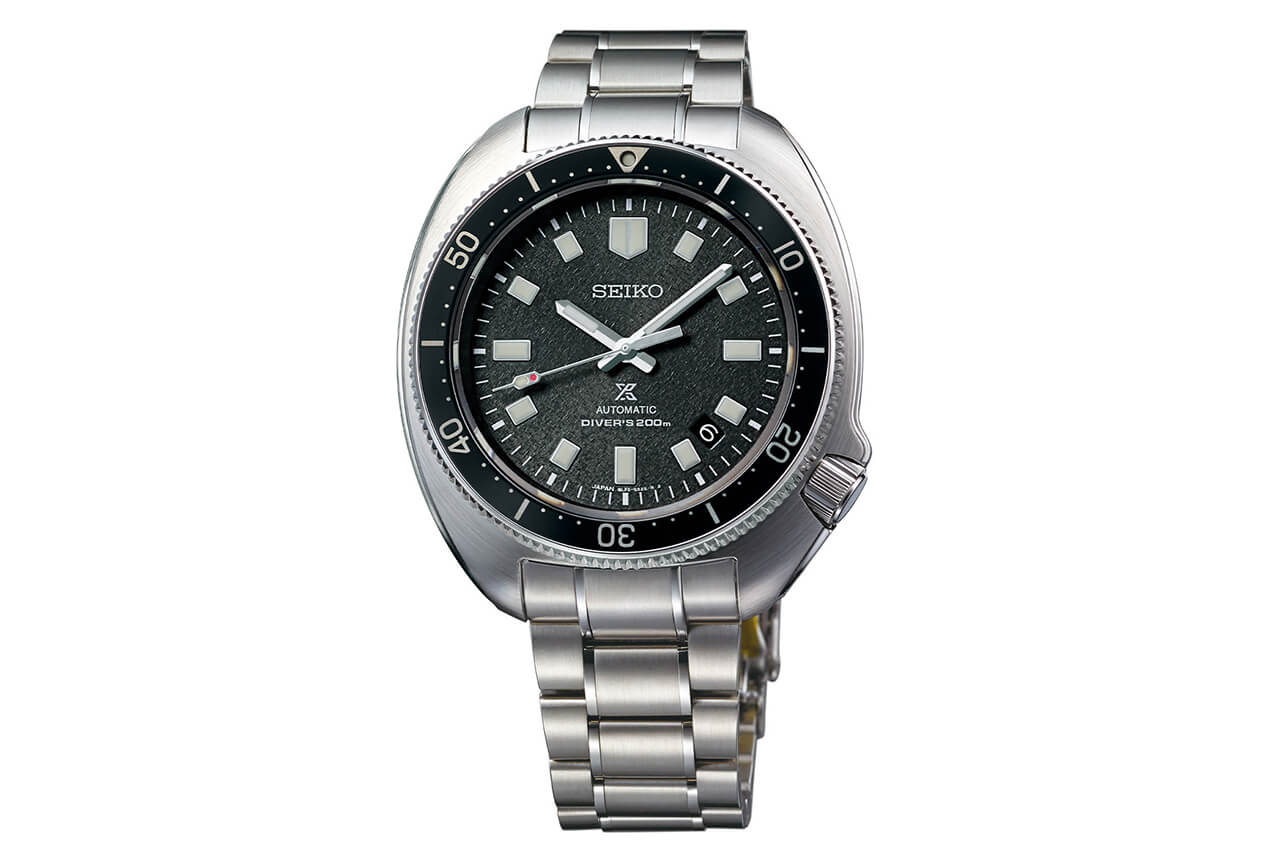 The bezel captures the blue tones of the upper atmosphere – the darker shades of the sky familiar only to those who have climbed to the top of the Earth. Something to note is that alongside the Uemura special edition, there will be a regular version that swaps out the blue colouration of the dial and bezel for grey, a tribute to the original. There is further reference to the 1970 version in the replacement silicon strap that accompanies the watch, which has the same train track design as the original strap.

A rugged watch needs a rugged movement and Seiko has decided to reach out to a Japanese calibre manufacture called the Shizukuishi Watch Studio. The Prospex will feature their 8L35 calibre, which is a specialist diving piece with a very respectable 50-hour power reserve. The movement is housed in the 44m diameter stainless steel case with embellished caseback featuring an engraving of Uemura. 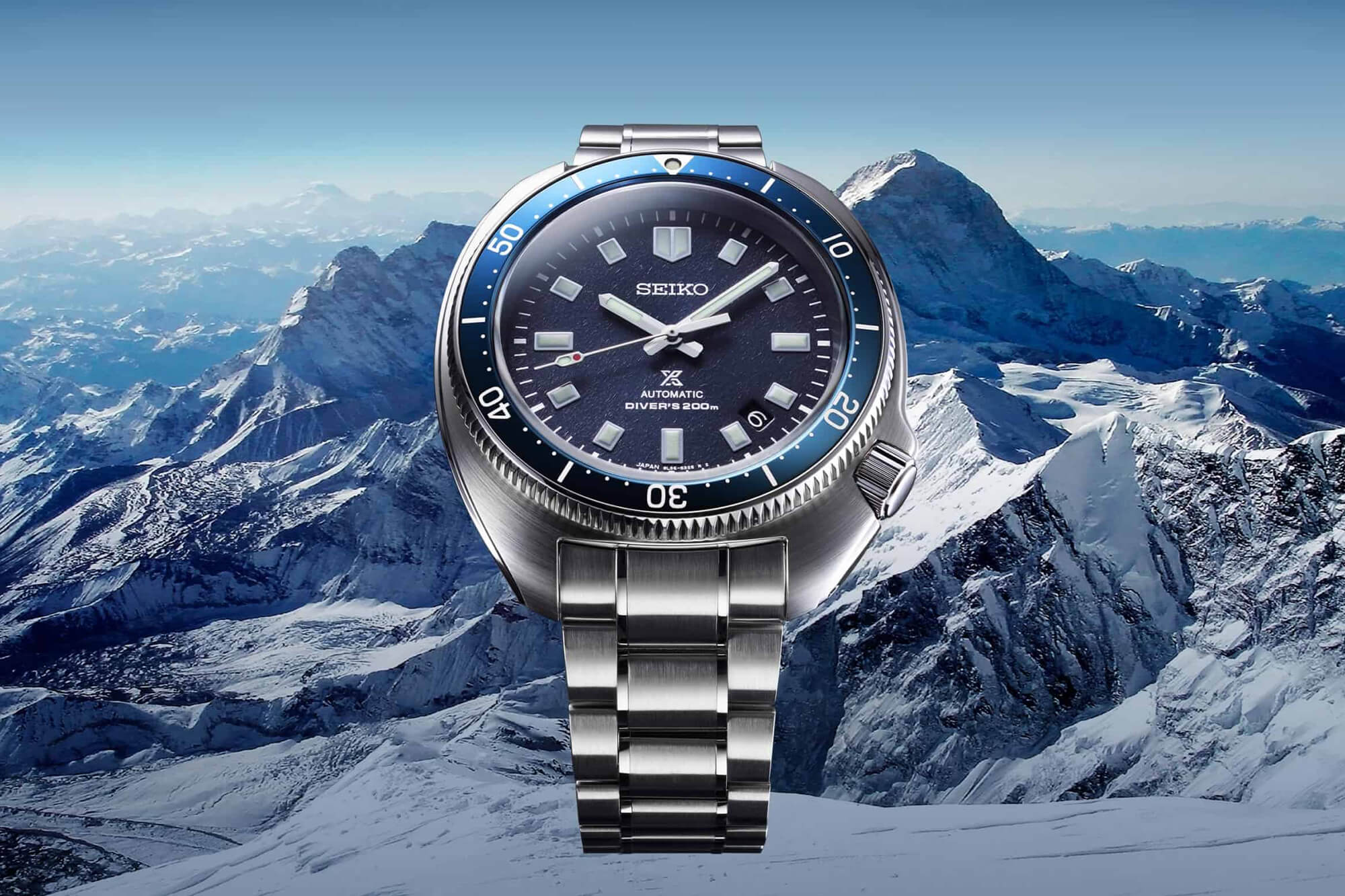 The commemoration of lost or forgotten icons is a noble endeavour and the new Seiko Prospex 1970 Diver’s is a worthy tribute. The Anniversary edition is limited to 1,200 pieces at a reasonable price of £2,900, while the regular grey version is unlimited at £2,440. Launching July 2021.