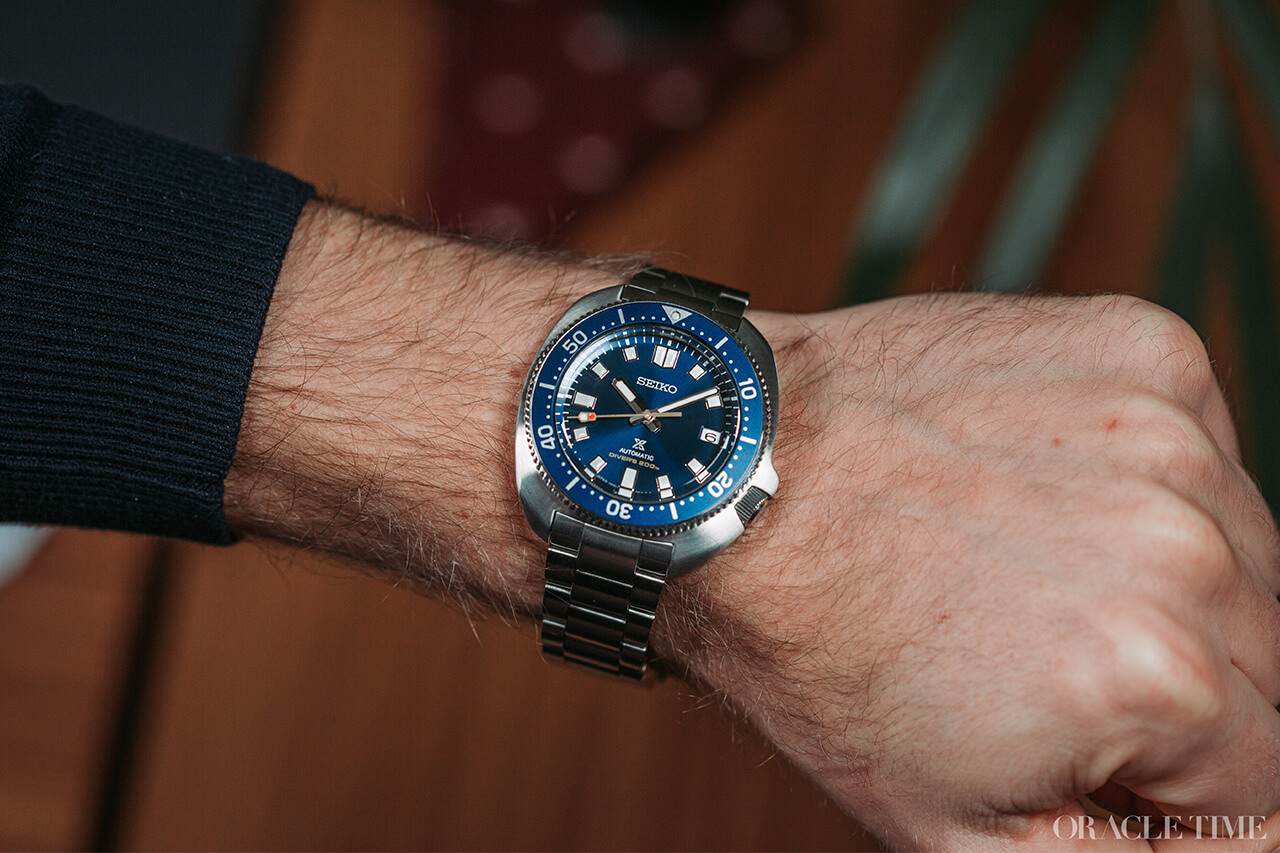 Plenty of watchmakers have been turning to their archives for inspiration (or lack thereof, in some instances) in recent years but even the most dedicated trawlers of throwback designs must look at Seiko with envy. The Japanese watchmaker has been killing it with their re-issues, bringing out new editions left and right – and this year they have genuine cause for celebration.

Back in 1965, Seiko launched their, and Japan’s, first diver’s watch, one used by the Japanese Antarctic Research Expedition team throughout the 60s. Now that it’s hit a venerable 55 years of age, Seiko has taken the opportunity to release two new, limited editions, one of which is take on one of their most famous pieces: the 6105 ‘Captain Willard’. And I love it. 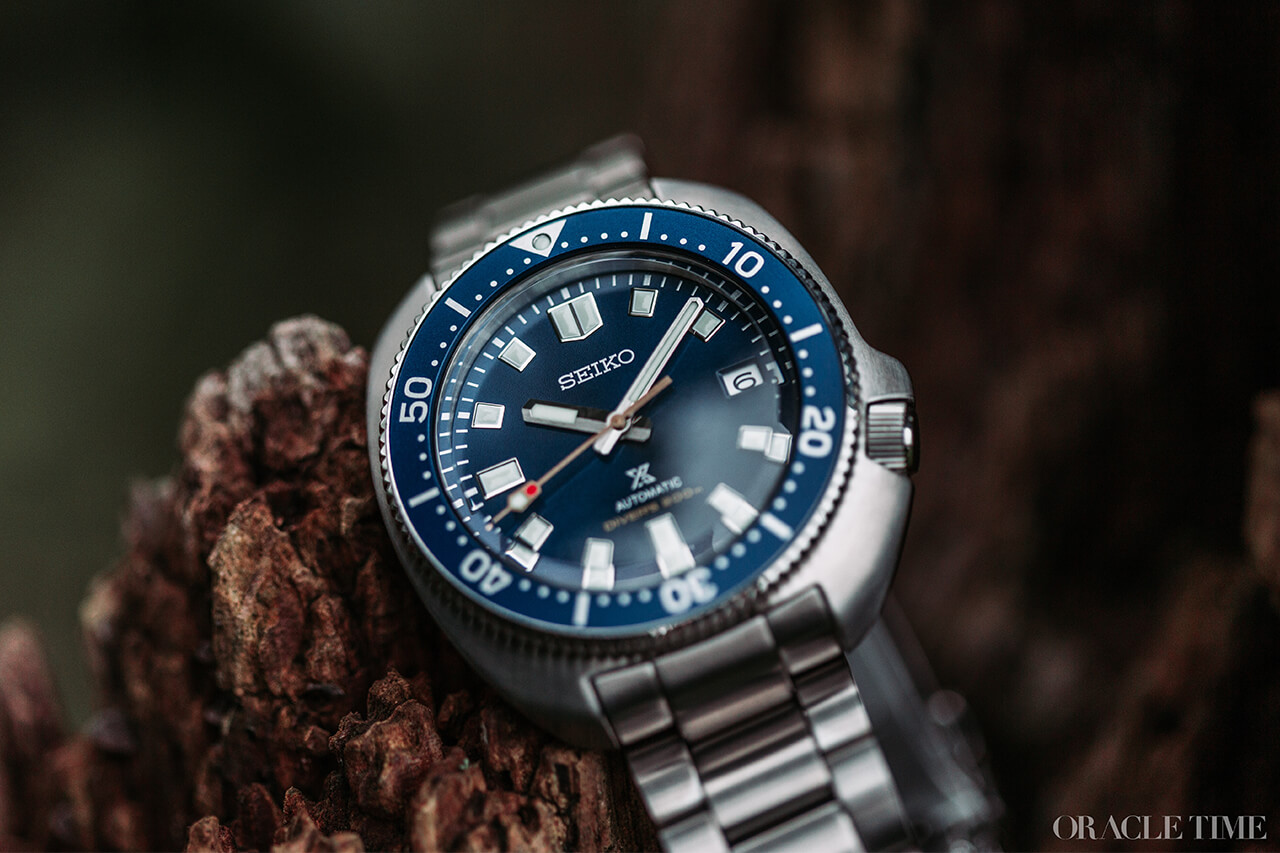 First built in 1970, five years after the first ever Prospex, the ‘Willard’ sits alongside the ‘Tuna’, ‘Samurai’ and ‘Sumo’ as one of Seiko’s collectors’ icons. It was also the progenitor of the ‘Turtle’, and it’s not hard to see why, with its incredibly wide, sloping cushion case and humped crown guard. It’s fun, retro and painfully cool if you can pull it off.

The name however comes from the original watch’s most famous appearance. If you’ve ever watched Apocalypse Now (for sanity’s sake I hope the 1979 theatrical release rather than the slog of a Redux), you may have spotted a ‘Turtle’ on the wrist of Sheen’s Captain Willard. The specific reference of that watch is the 6105-8110, and is a serious (but affordable) collectors piece. 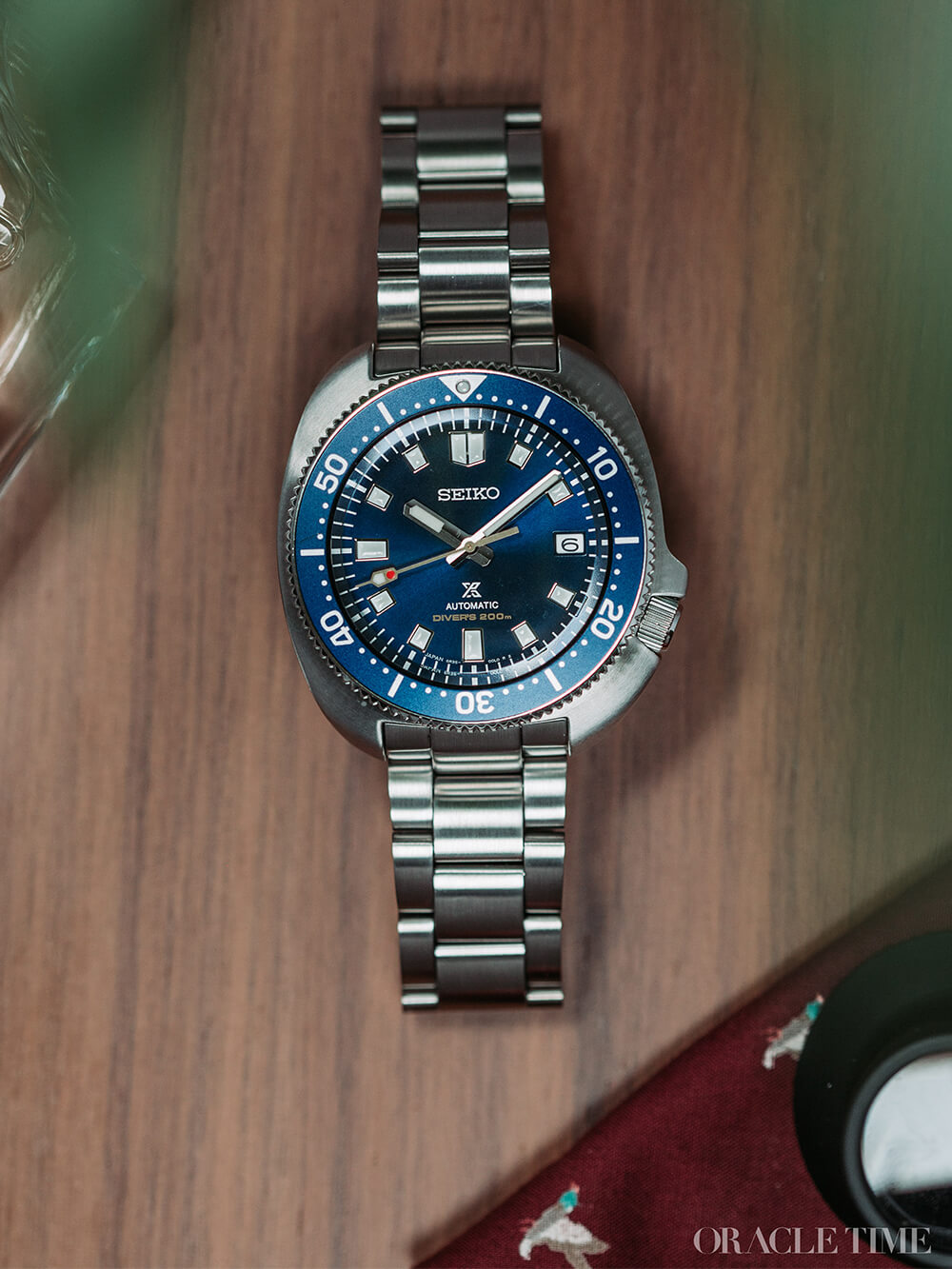 The SPB183J1 here isn’t quite a re-issue in the purest sense; that happened earlier in the year with the SPB153. Instead this is a modern re-interpretation, which means a slightly smaller, more casually wearable case size of 42.7mm. That makes it a touch less charming in my opinion, but given I plumped for the downsized Tuna released earlier this year, this is certainly on my wishlist. Much as I love the larger original, this is far, far more wearable.

The same goes for the colour, too. The faithful-to-the-film Khaki version is nice, but I can see myself wearing this blue edition far more regularly, simply because it’s more versatile. Otherwise, the chunky, polished indexes and hands are authentic and downright lovely, while the orange second hand offers a much-needed flash of colour and makes precise reading easy enough. 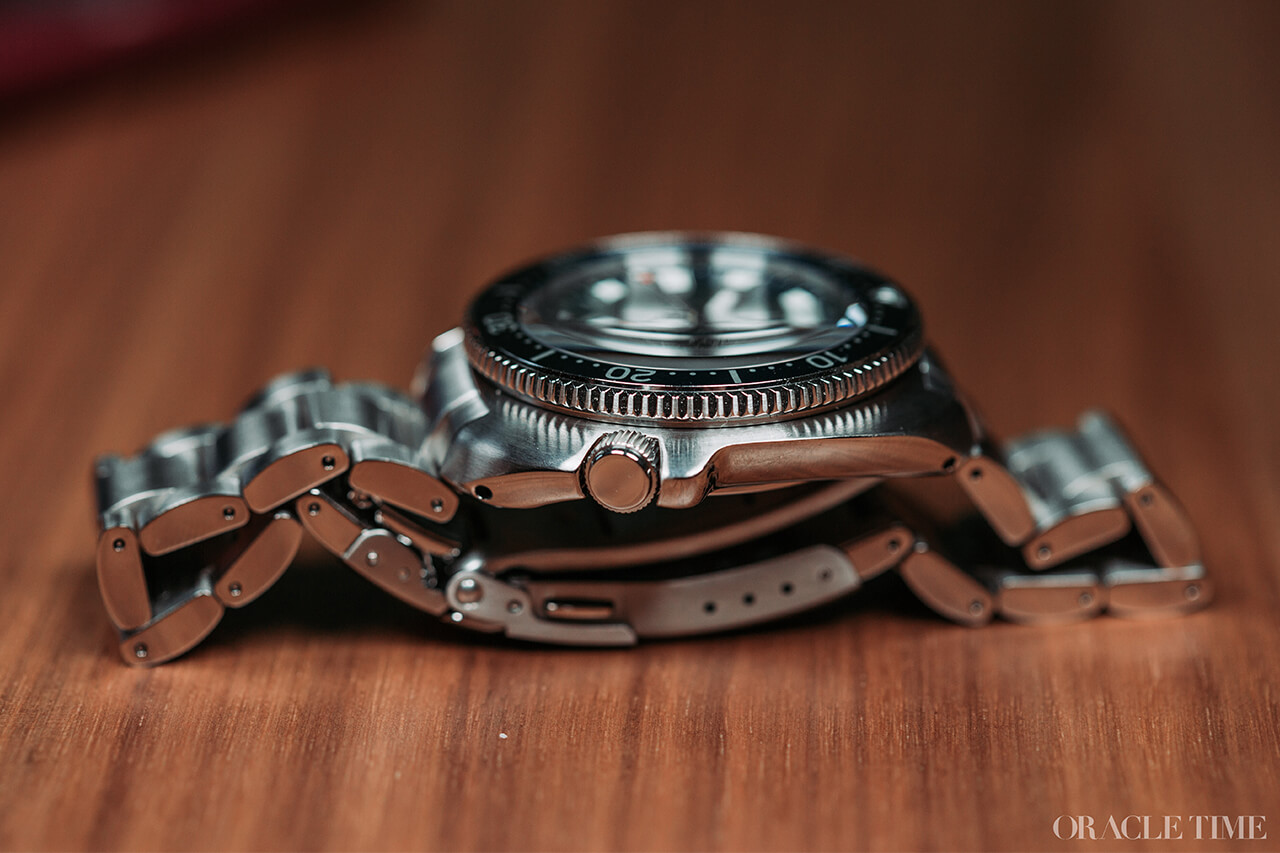 Typical of Seiko (especially for their limited edition offerings) the finishing is superb. The bezel is Zaratsu polished to a near-mirror shine a la Grand Seiko, and while the curved case shape offers fewer clean-cut facets than, say, the ‘Samurai’, it plays with the light nicely. It’s water resistant to 200m, shy of the golden 300m but great for a 50 year-old design. It also has a super hard coating for extra durability, a subtle but marked improvement on bare stainless steel.

On the wrist it wears far smaller than it looks, sitting nicely dead centre, helped along by the not-quite integrated strap. The fact that it’s thinner than you’d expect (13.2mm) is a major plus point for daily wear, too. 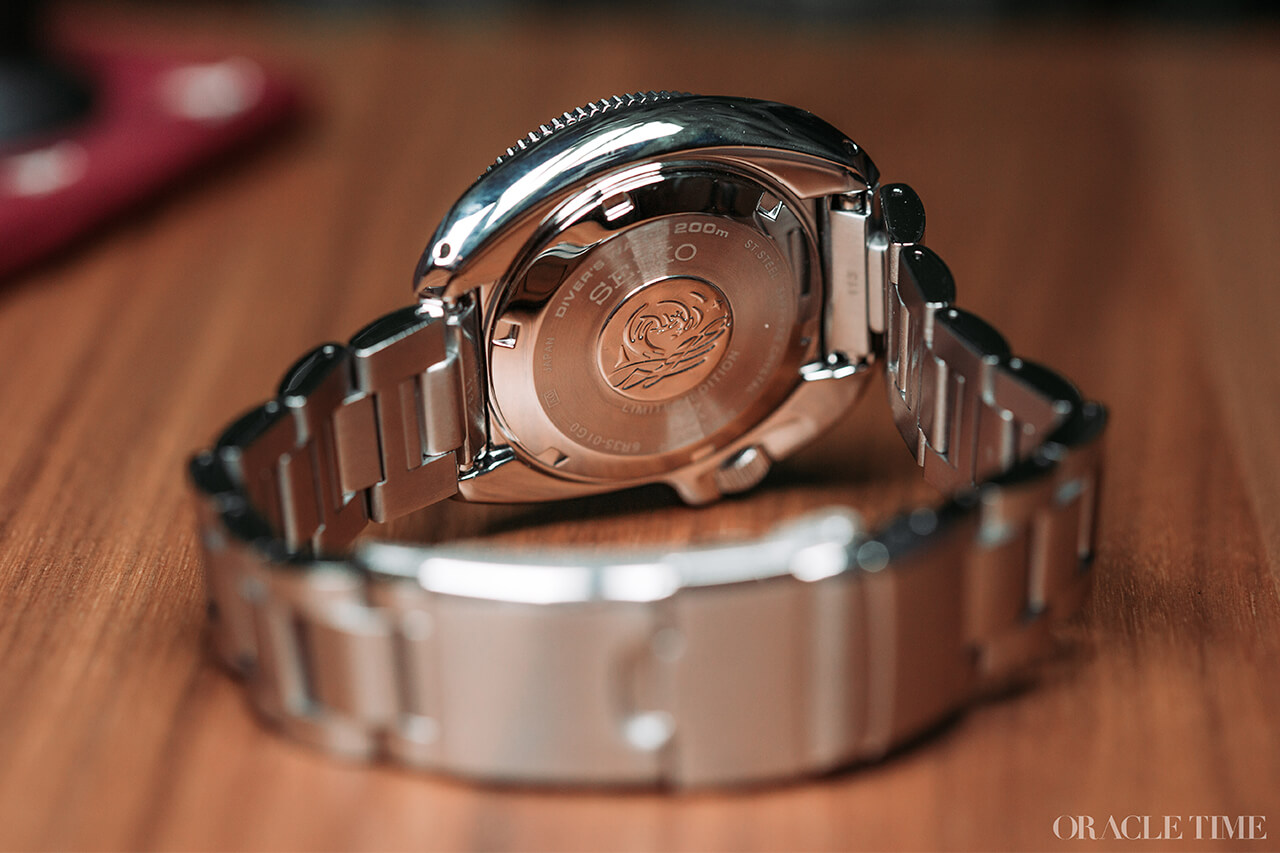 Inside you have the workhorse Seiko calibre 6R35, as good as the movement in any Prospex bar those with the LX designation and the Grand Seiko movements that denotes. That means an impressive 70-hour power reserve and a respectable accuracy of +25 / -15 seconds a day, both considerably better specs than the original timepiece would have offered.

Re-issues are all well and good and Seiko certainly has more than enough of them; a modern re-interpretation though is what breathes new life into a design, and this blue limited edition of a horological screen icon is just that. It’s authentic where it needs to be but modern where it can be.