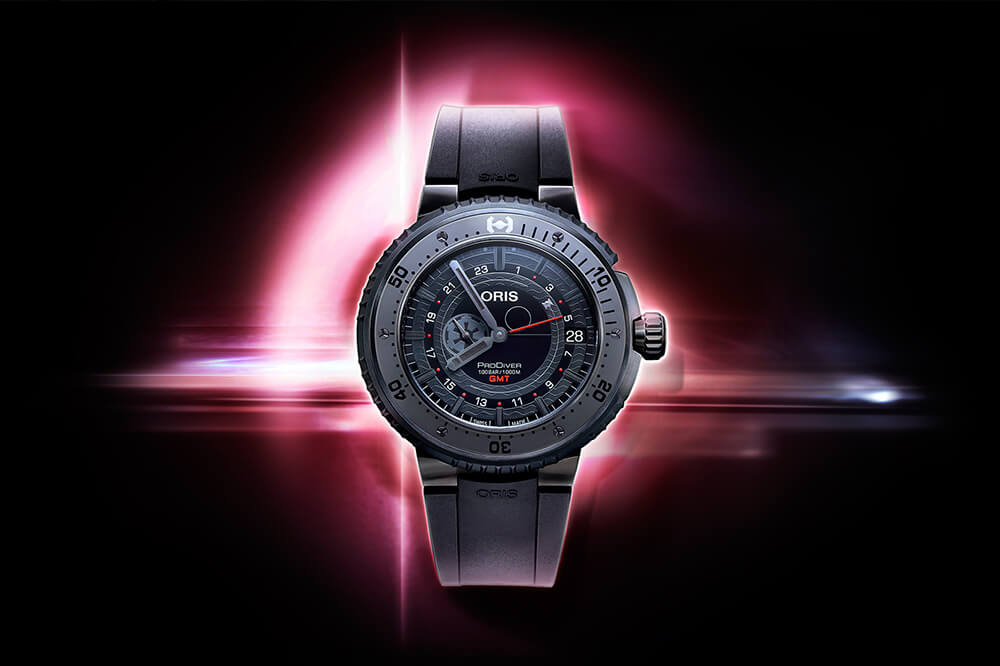 The final instalment in the Skywalker Saga is on the horizon, the culmination of 9 films and over 40 years of storytelling (of admittedly varied quality). You can expect more than a little pomp around the final film, if the frenzy around its 19th December release date is anything to go by.

Yet away from the standard action figure tie-ins, there’s a totem or two you can wear on your wrist, courtesy of none-other than Oris. Embrace the Dark Side. 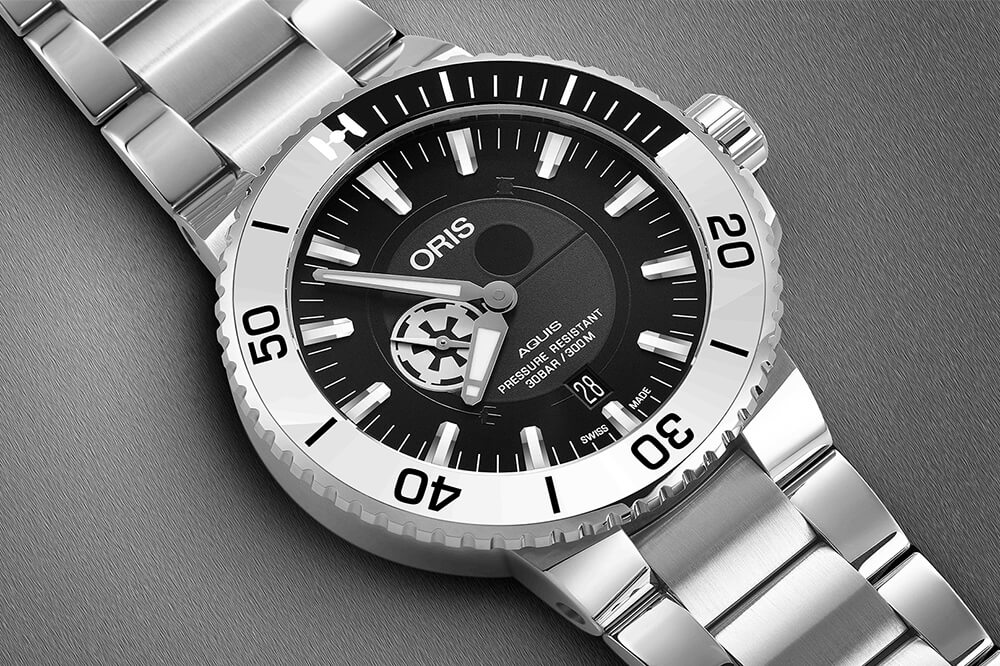 The two watches in question are limited edition versions of the Aquis and more serious ProDiver, devoted to the iconic stormtroopers and inimitable (yet often imitated) Darth Vader respectively.

Let’s start with the Stormtrooper edition. It was always going to have plenty of white somewhere, though rather than go all-out Oris has kept the armour colour to the bezel, with a diving scale in black and a TIE Fighter in place of the usual 12 o’clock marker. 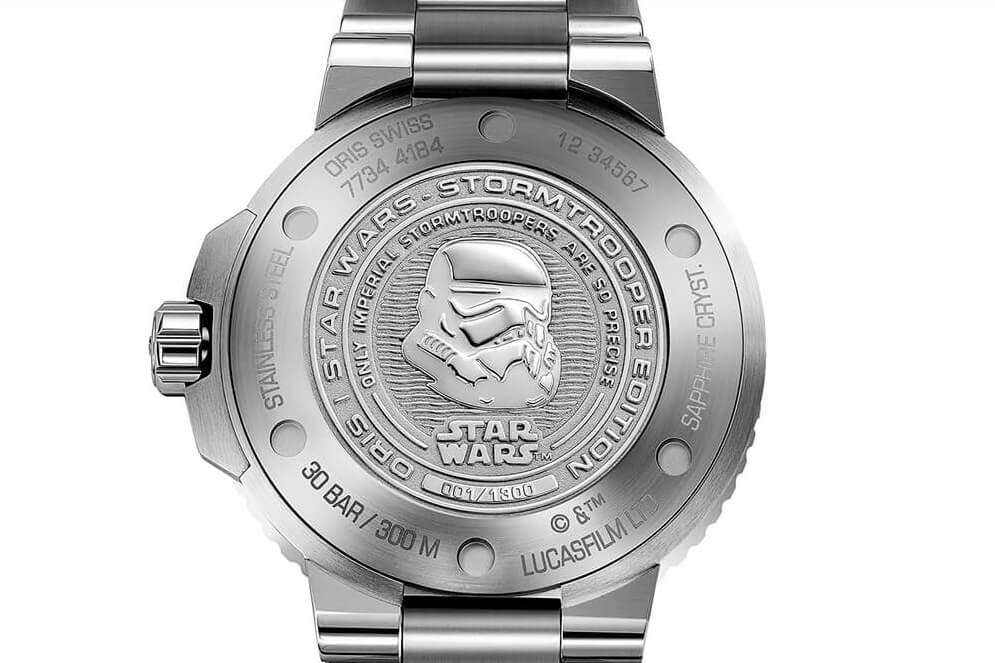 The rest of the dial is black, bar white indexes, with the silhouette of the Death Star in the background, it’s planet-destroying laser in place of the seconds subdial. The rest of the 43.5mm case and bracelet are kept in steel, so a guy can wear it without fear of it being pinned as a women’s watch.

It’s water resistant to 300m and has the Oris 743 movement with a 38 power reserve, standard Aquis fare. Now onto the main event: the Darth Vader ProDiver. First off, it cuts an imposing figure at 49mm of PVD black titanium. The Death Star is once again on the dial, but here the laser is picked out in dark grey instead, giving the entire bezel a more sinister feel. 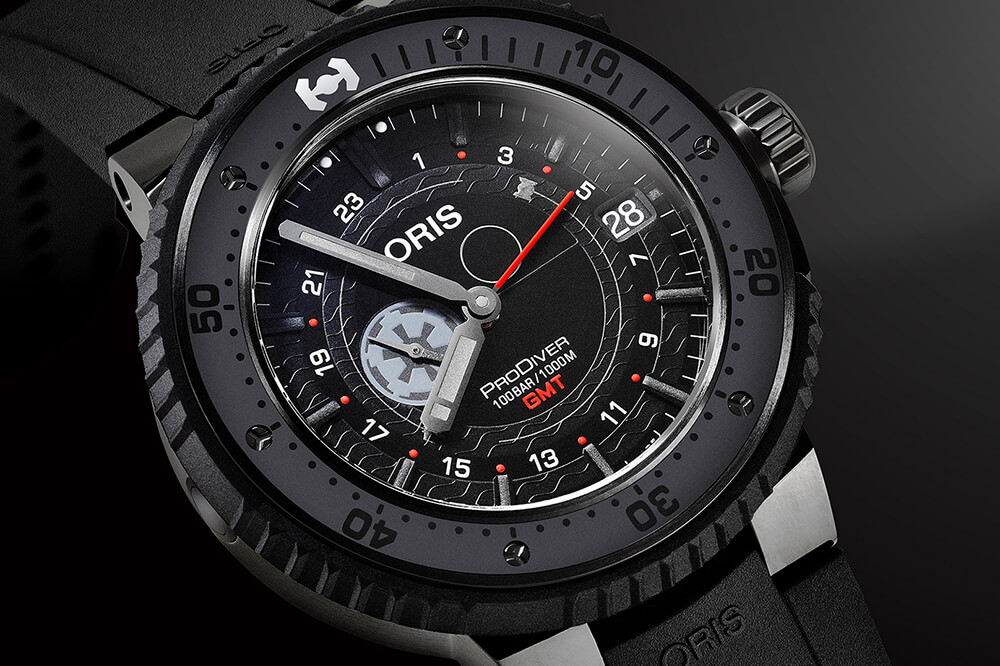 The same goes for the bezel which is entirely grey bar the TIE Fighter at 12. Here though there’s a subtle difference; in place of the flat-winged standard model, Oris have used Vader’s own Advanced fighter, as seen in the Death Star Trench Run. It’s awesome. 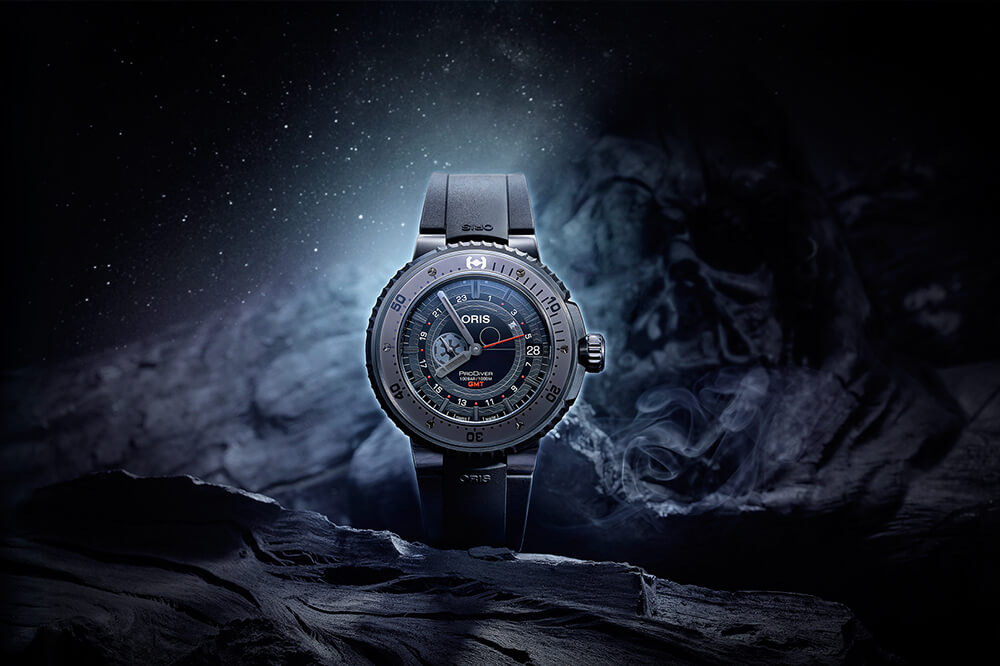 The ProDiver itself is water resistant to 1000m and equipped with an Oris 748 calibre automatic movement, making it a serious diving instrument. It has the same 38-hour power reserve but is otherwise a few rungs above the Aquis – fitting for film’s most iconic villain. 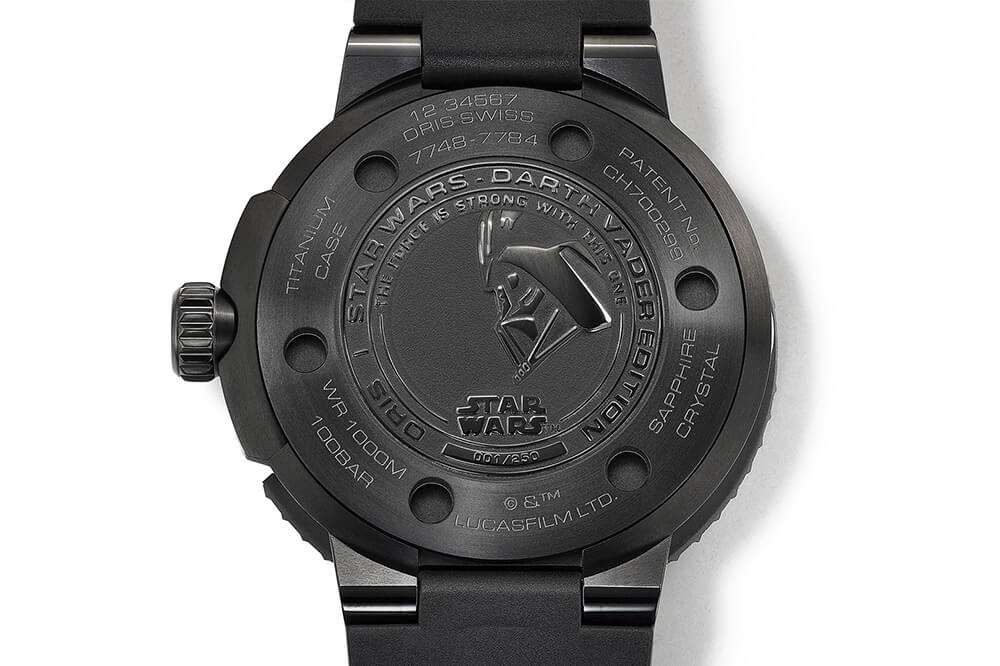 Needless to say these watches are limited editions, with 1,300 of the Stormtrooper watches available. If you want to get your hands on the Sith-slanted model though, you’ll need to buy the set of two, of which there are 240 available. Catching lasers with your mind has got to be easier than getting hold of these, Jedi or no.