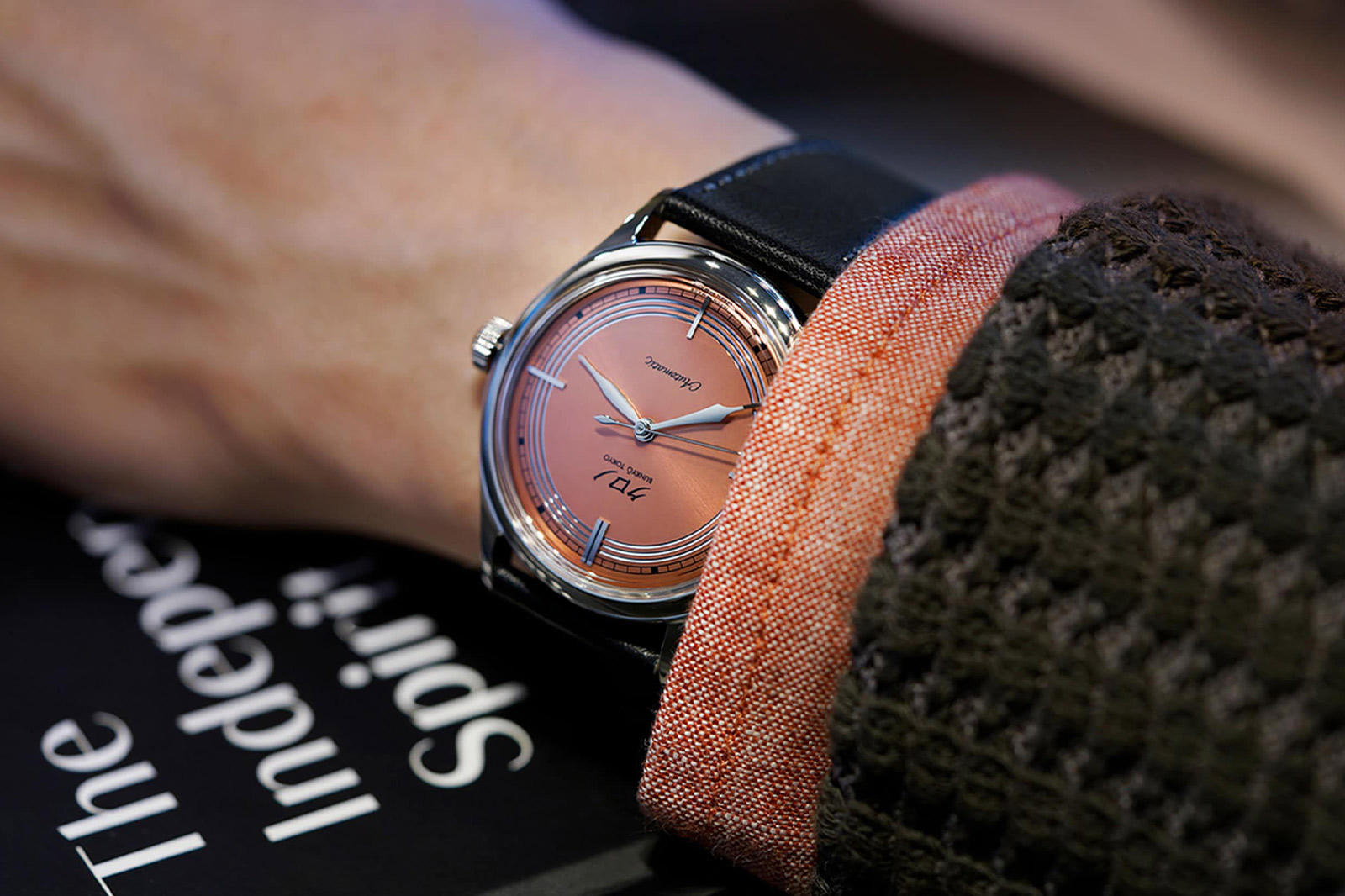 Kurono Toyko is celebrating its two-year anniversary with a limited edition timepiece that wouldn’t be out of place if they were celebrating 100. I won’t dwell on what makes the Japanese brand so exciting to collectors – you can find more about that here – but let’s just say the Kurono Anniversary Toki more than lives up to the hype.

First and foremost, the Toki is a stunningly beautiful watch. The time-only piece features a sunburst copper dial that has been painstakingly painted in shades of crimson and vermillion red to create a gentle gradient of coral colours. The closest western equivalent would be salmon numbers like that on the Fears Brunswick, however Hajime Asaoka (the mastermind behind Kurono) was keen that the colour should be uniquely Japanese. For inspiration he turned to the crested ibis, a culturally significant bird in Japan, whose feathers appear to turn peach coloured when viewed from beneath as it flies overhead – a colour called toki-iro. 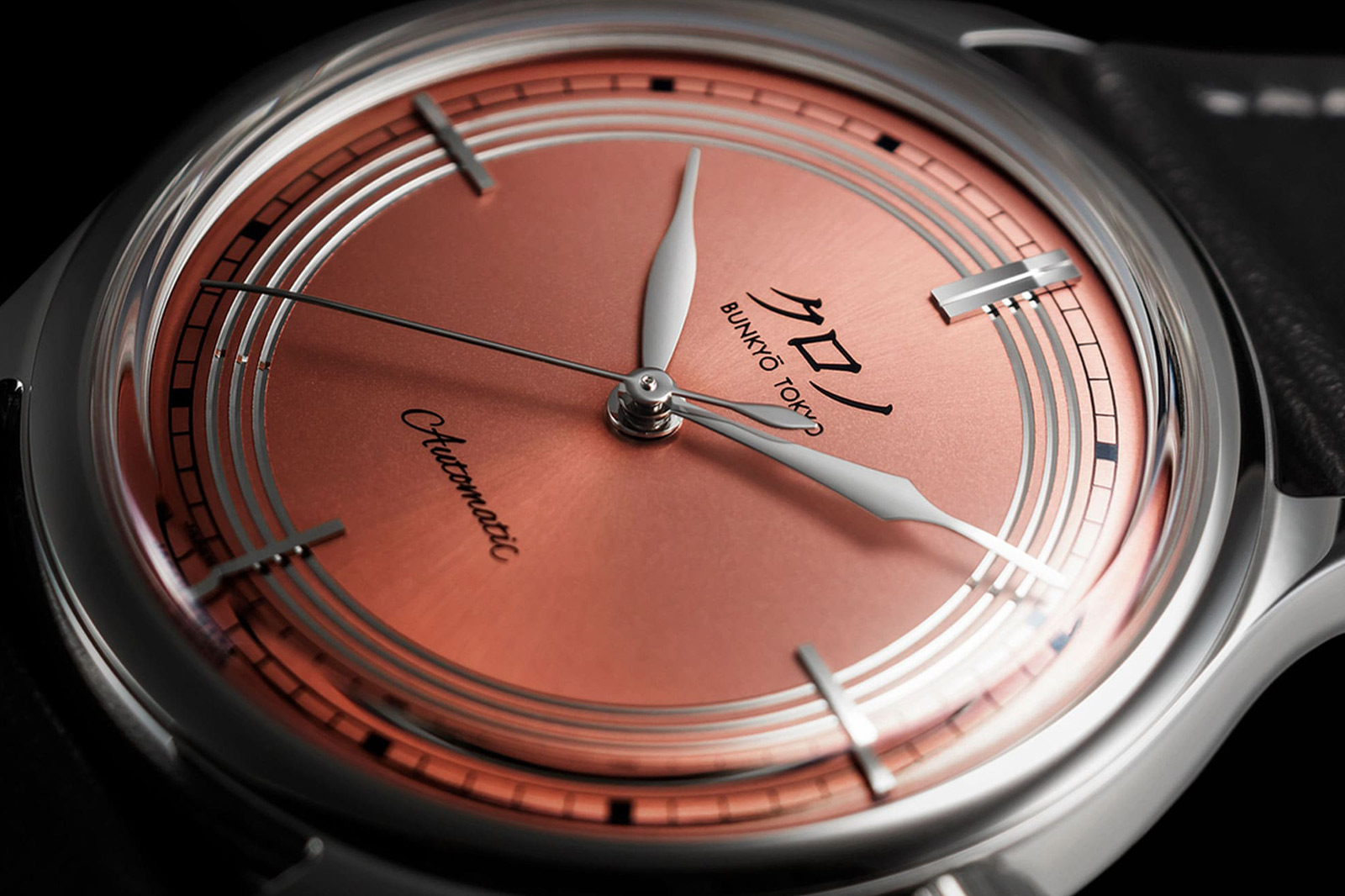 The dial is completed with a triple band of metallic rings that sit inside the minute track, with pronounced hour markers at the quarter hours and matching central hands. The entire piece is protected by the sapphire crystal and a highly polished 37mm diameter stainless steel case. The overall shape is very minimal, avoiding sharp angles in favour of a flowing elegance and presented on a black, calf leather strap.

Amazing Japanese design is the major hallmark of Kurono watches but the other core tenet of the brand is accessibility. While they might be relatively new to the watchmaking stage, Hajime Asaoka is not and he founded the brand to bring exceptional timepieces to a wider audience. Here he’s done so by utilising a lower – but still acceptable – class of movement. 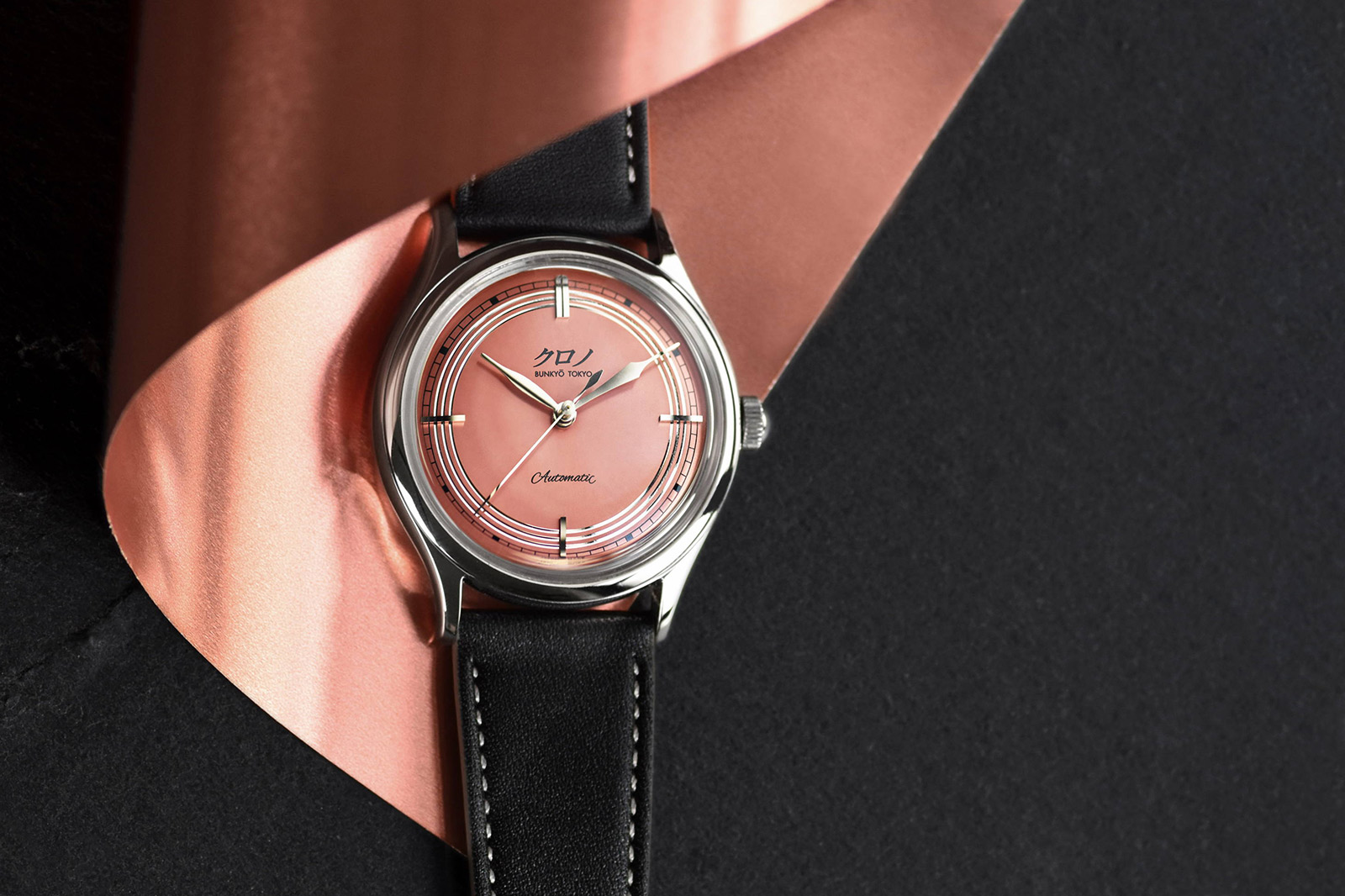 Housed inside is the Miyota 90S5 automatic calibre, which to give it its dues is a very solid movement. It has a 40-hour power reserve and is the premium-grade calibre from Miyota. Honestly, while this might be the Toki’s weak point, it’s barely one, especially at this price point.

The Kurono Anniversary Toki took an entire year to develop, meaning they’ve been working on it since their first anniversary and the care and attention shows, perfecting the colour of the dial by Hajime Asaoka personally experimenting with different colour blends and even thicknesses of paint on the dial. This watch has had more prototypes than any of the brand’s other, often more complex, timepieces like the Chronograph 2. Which just makes the price all the more amazing. 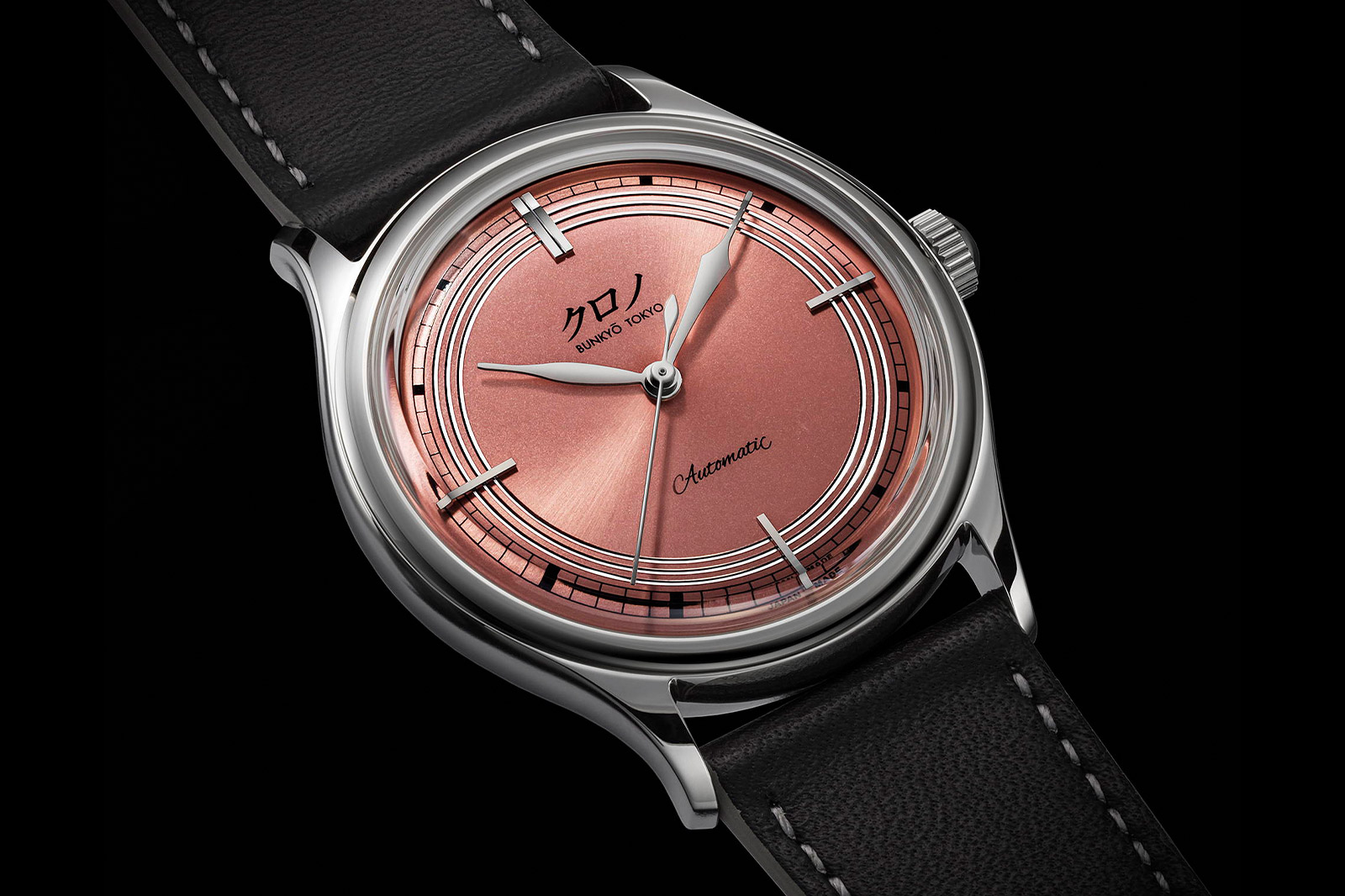 At ¥189,900/$1,738, the Toki is approximately £1,235, making it a bit of a no-brainer. Kurono has also promised that anyone who orders one will receive one, however, there’s a catch. The Anniversary Toki will only be available to purchase for a 10-minute window exclusively on their website on 21st May 2021. So, you have to act fast. The sale is scheduled to begin at JST 23:00 (Tokyo, Japan), roughly 15:00 BST, so check your time zones if you don’t want miss out – a list is available on Kurono Toyko’s website for major regions.