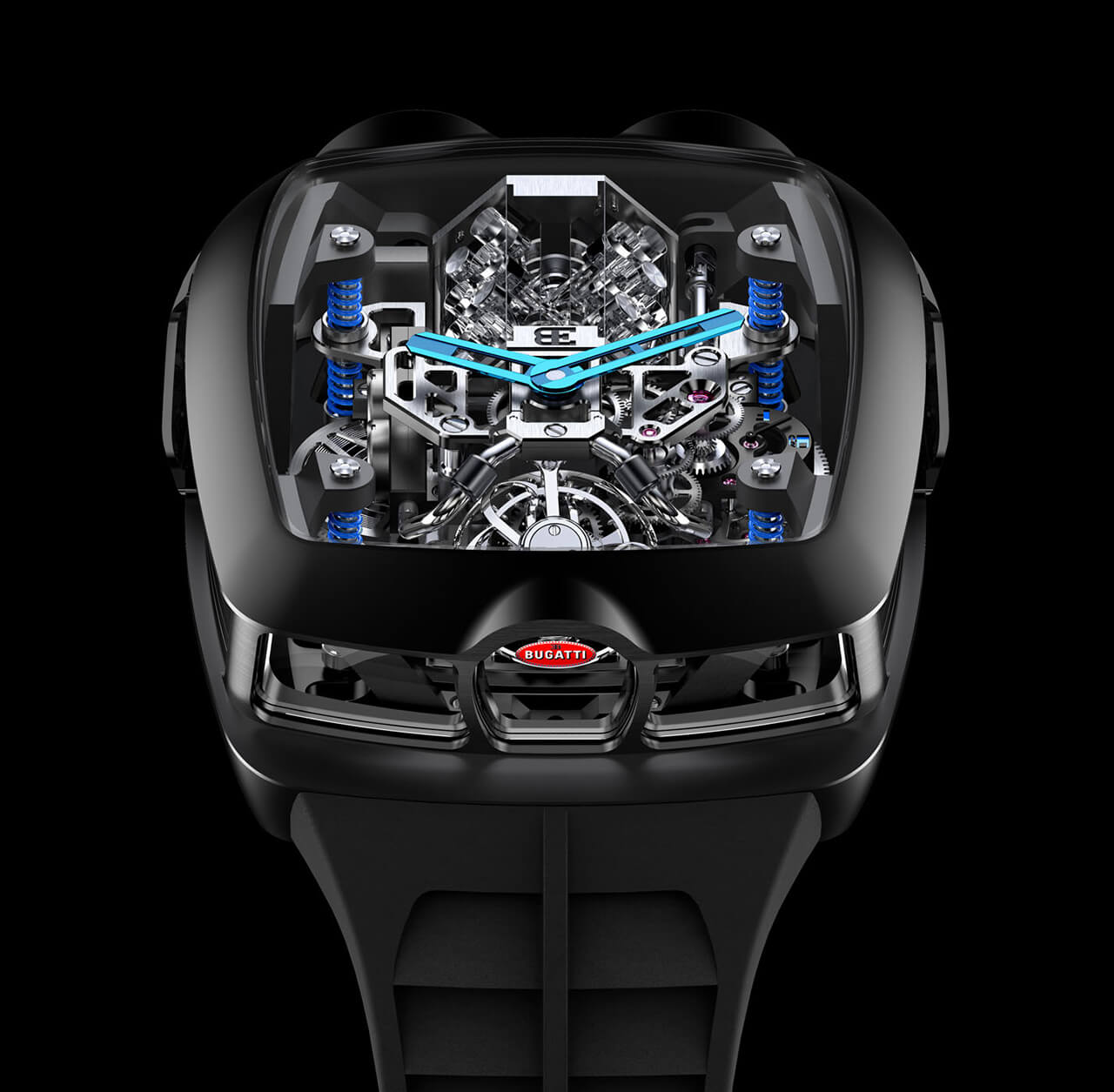 It wasn’t that long ago that it was Parmigiani channelling Bugatti’s record-shattering hypercar into a watch; now it looks as though they’ve ben supplanted by arguably a more appropriate watchmaker. After all, if you have one of the craziest cars out there, why not pair it with one of the craziest watchmakers? This is the Jacob & Co. Bugatti Chiron Tourbillon.

Neither Bugatti nor Jacob & Co are known for their subtlety, so it’s no surprise that their horological pairing is a magnificently over-the-top piece of engineering. That means a tourbillon of course, as well as a huge 54mm x 44mm black titanium case that puts the bodywork of the Chiron to shame. Somehow though, that’s the least of it.

At the heart of the watch is the same thing that’s at the heart of the car: a 16-cylinder engine. Push the right-hand crown of the watch and the engine will spring to life, pumping imaginary fuel into invisible wheels. This is the Chiron on a diet though, as it only includes two superchargers rather than four. For shame. 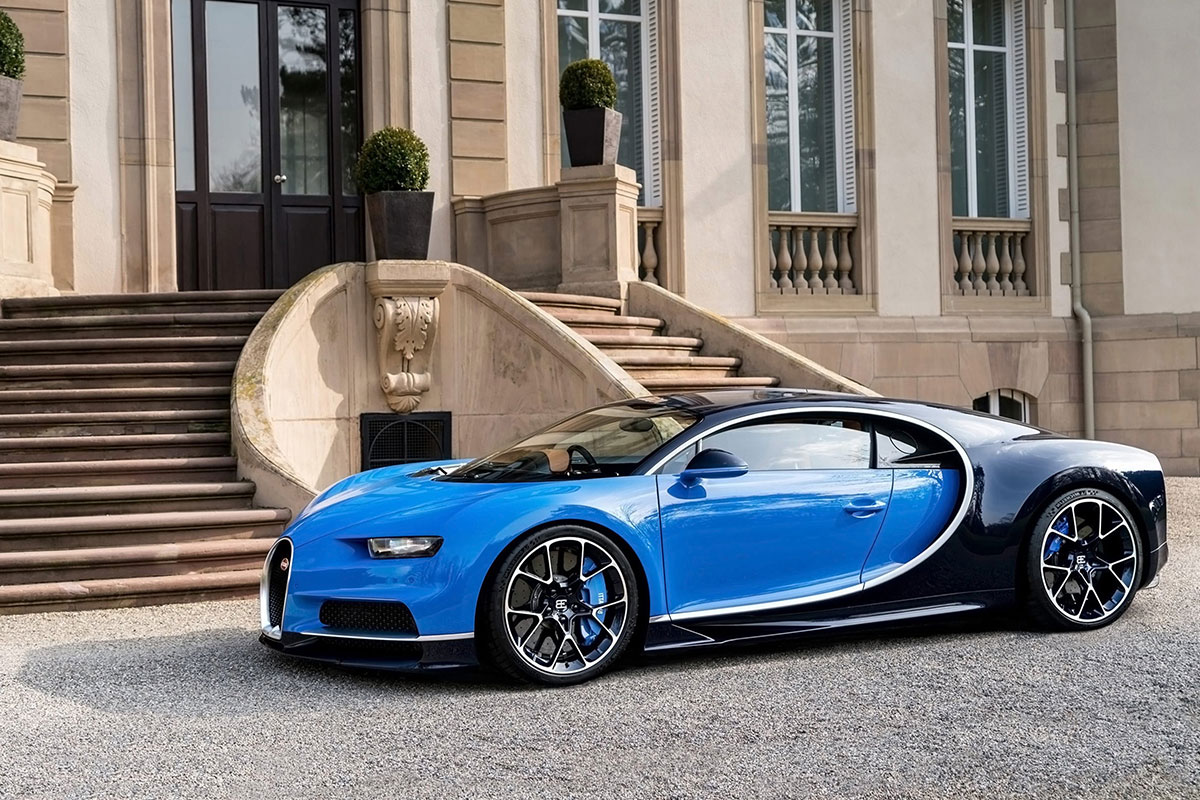 The whole thing is set into a sapphire block, and the whirring single-piece crankshaft is one of the most complicated components ever manufactured by Jacob & Co. This is the brand, need I remind you, that created the Astronomia. Highlighted with a few flashes of blued steel, this is like no watch you’ve ever seen before.

The engine of course has no real function. It’s completely superfluous, like any automaton really. But also like any automaton, it adds an incredible, show-stopping movement to the watch, one that you can see from every angle thanks to the swathes of sapphire crystal set into the case. 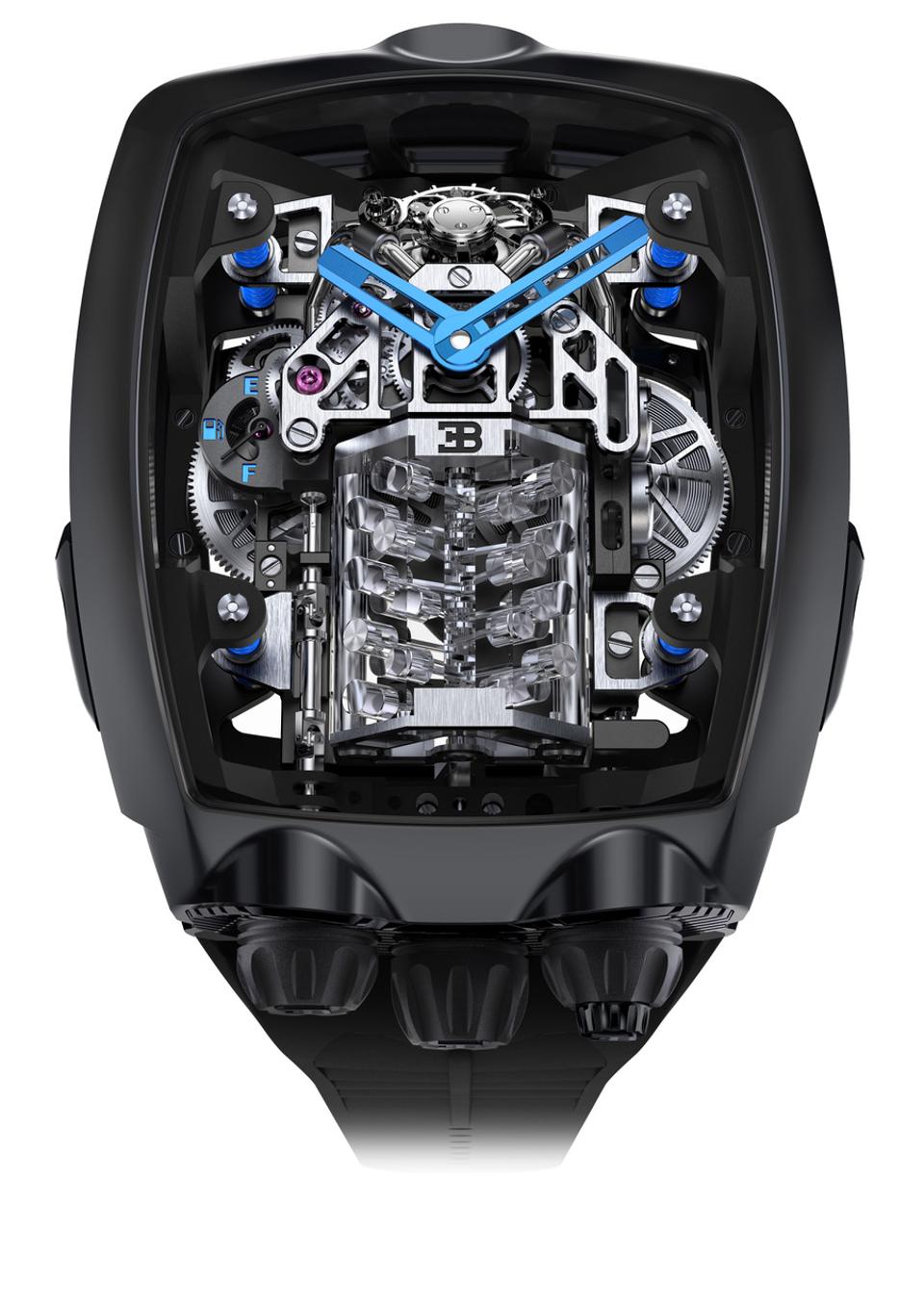 There are more subtle nods to the Bugatti than the engine, though let’s be honest, that’s more than enough. The power reserve indicator at 3 o’clock is shaped like a fuel gauge; it boasts Bugatti’s signature horseshoe grille and the movement is suspended in the case by shock absorbers.

If we’re getting down to the prosaic aspect of actual timekeeping, the movement (in-house, obviously) is equipped with a 60-hour power reserve and regulated by a 1m tourbillon. The up and down movement of the shock absorbers meant, to avoid damage, Jacob & Co also had to come up with an automotive-style transverse system. Because a moving model of an engine wasn’t enough. 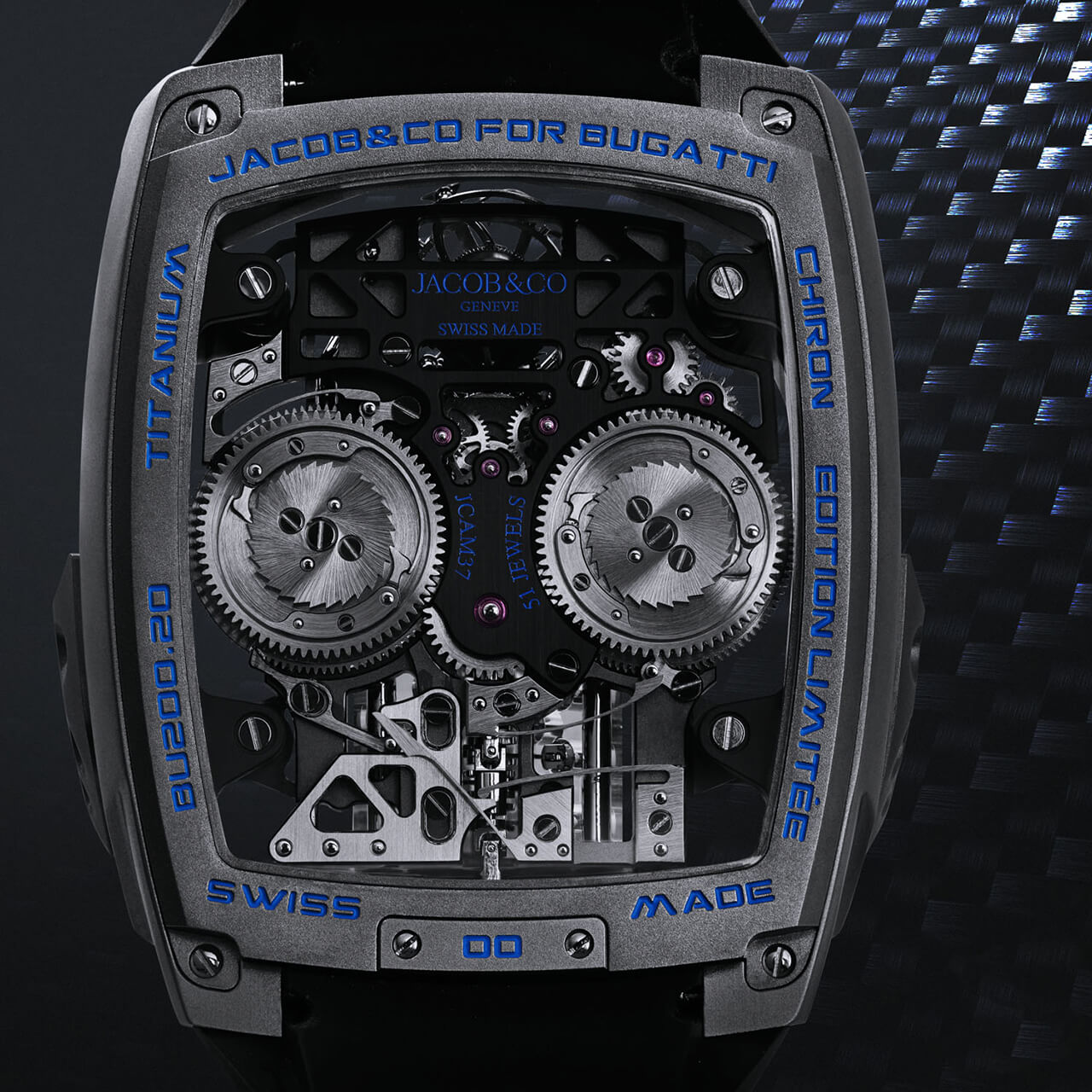 How do you pair a watch to a 1,500bhp, 260mph hypercar like the Chiron? Go balls to the wall crazy a la Jacob & Co. There’s currently no stated limit on how many of these things will be produced, but it’ll likely be just as rare as its namesake. At $280,000 (just over £225,000) it’s actually a bit cheaper than we were expecting – which just goes to show how insane haute horology can really get.