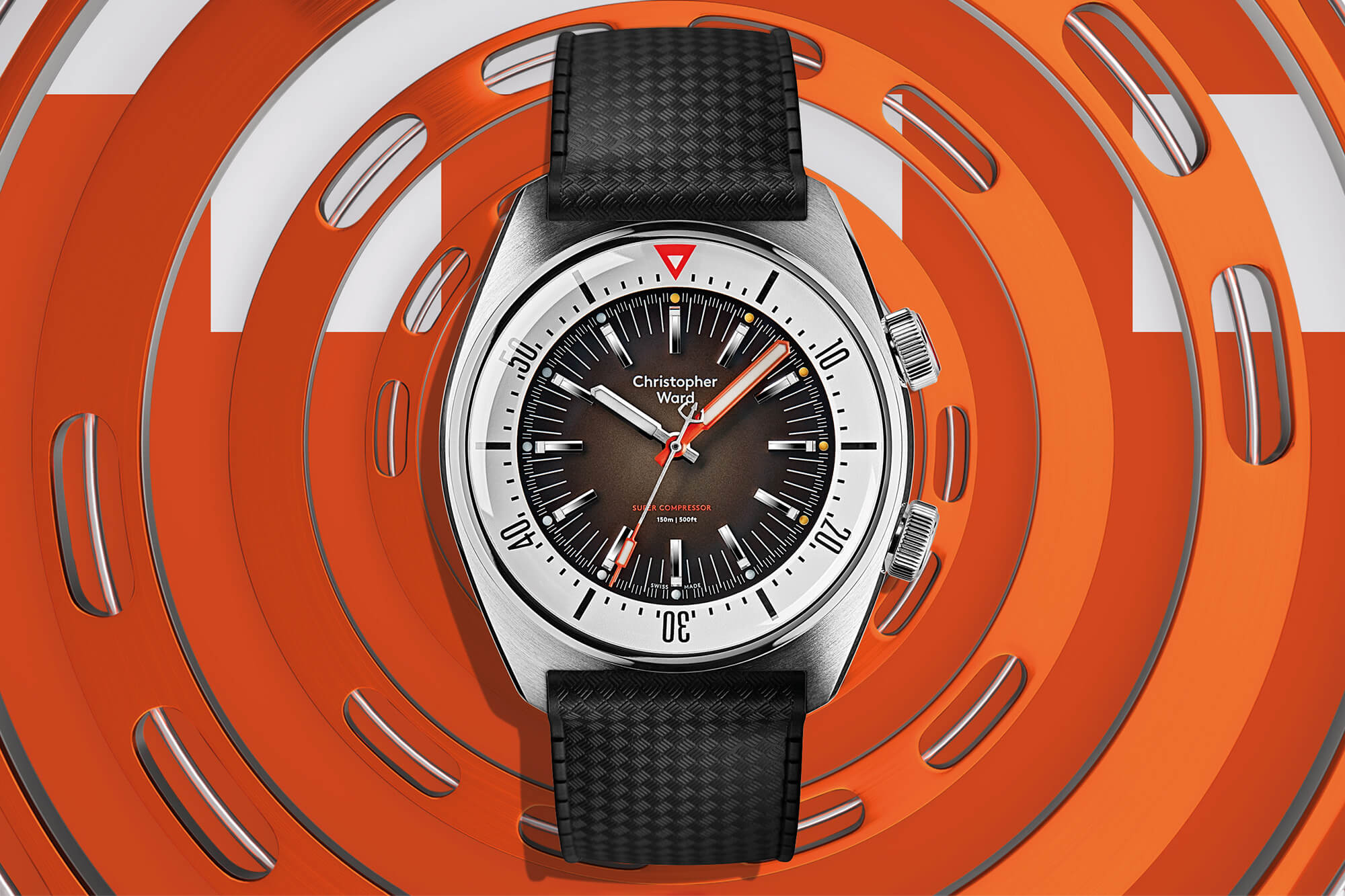 A Super Compressor is a curious thing. A diving watch case that increases its water resistance the deeper it is submerged in water, thanks to a spring-loaded caseback that presses up harder against its o-ring gasket as greater water pressure was exerted on it, topping (or rather bottoming) out at 600ft. Engineering a sliding scale in this way is an undeniably strange approach, but the design meant that the life of the rubber o-ring was extended because it wasn’t constantly under maximum load.

The firm that made Super Compressor cases, Ervin Piquerez SA or EPSA, revealed the patented design in 1956 and continued to produce them until the early 1970s when the design essentially became outmoded thanks to superior materials and manufacturing. During this time, they were hugely successful with everyone from Jaeger-LeCoultre to Bulova buying the cases and releasing their own take on the concept. 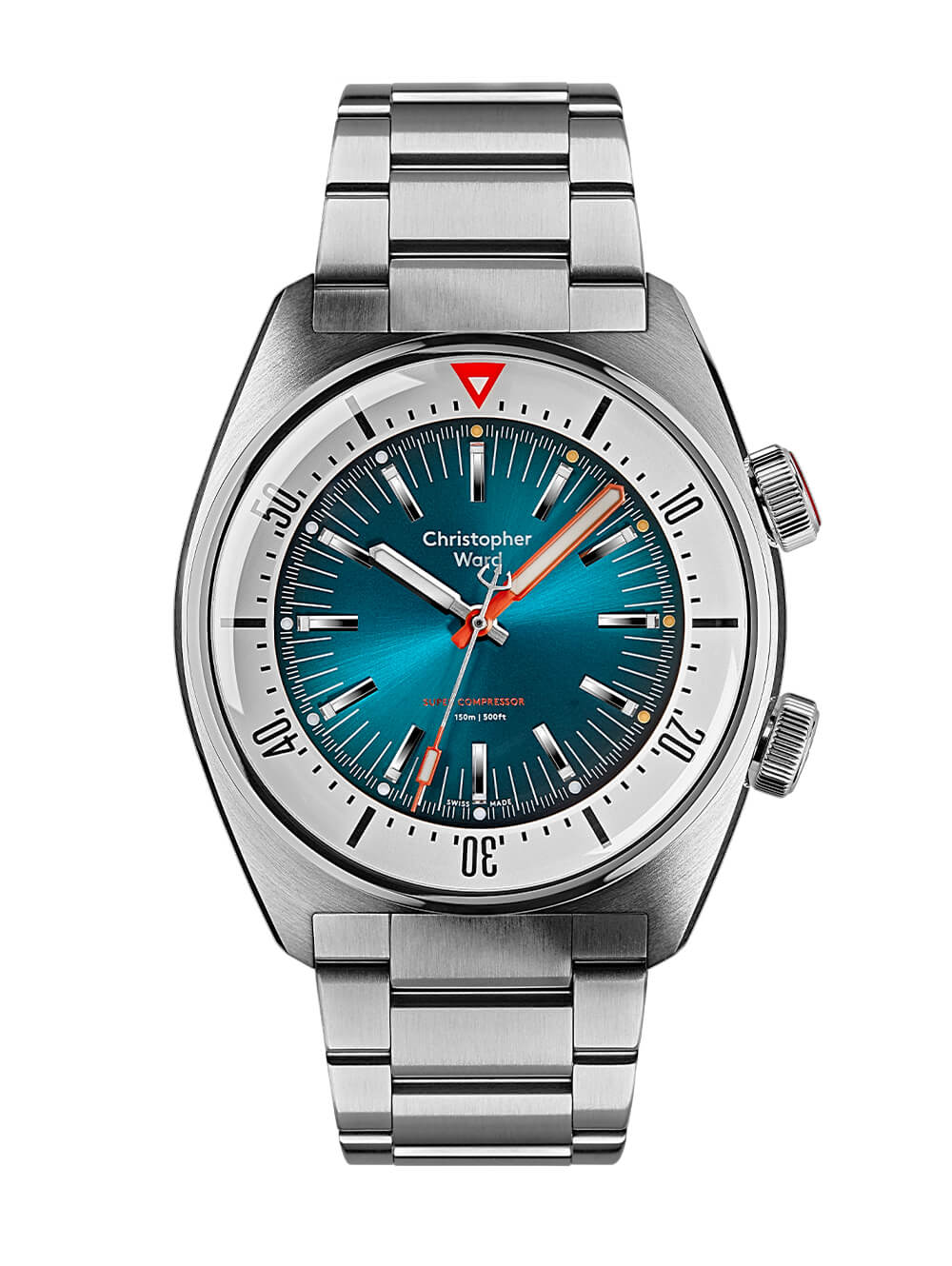 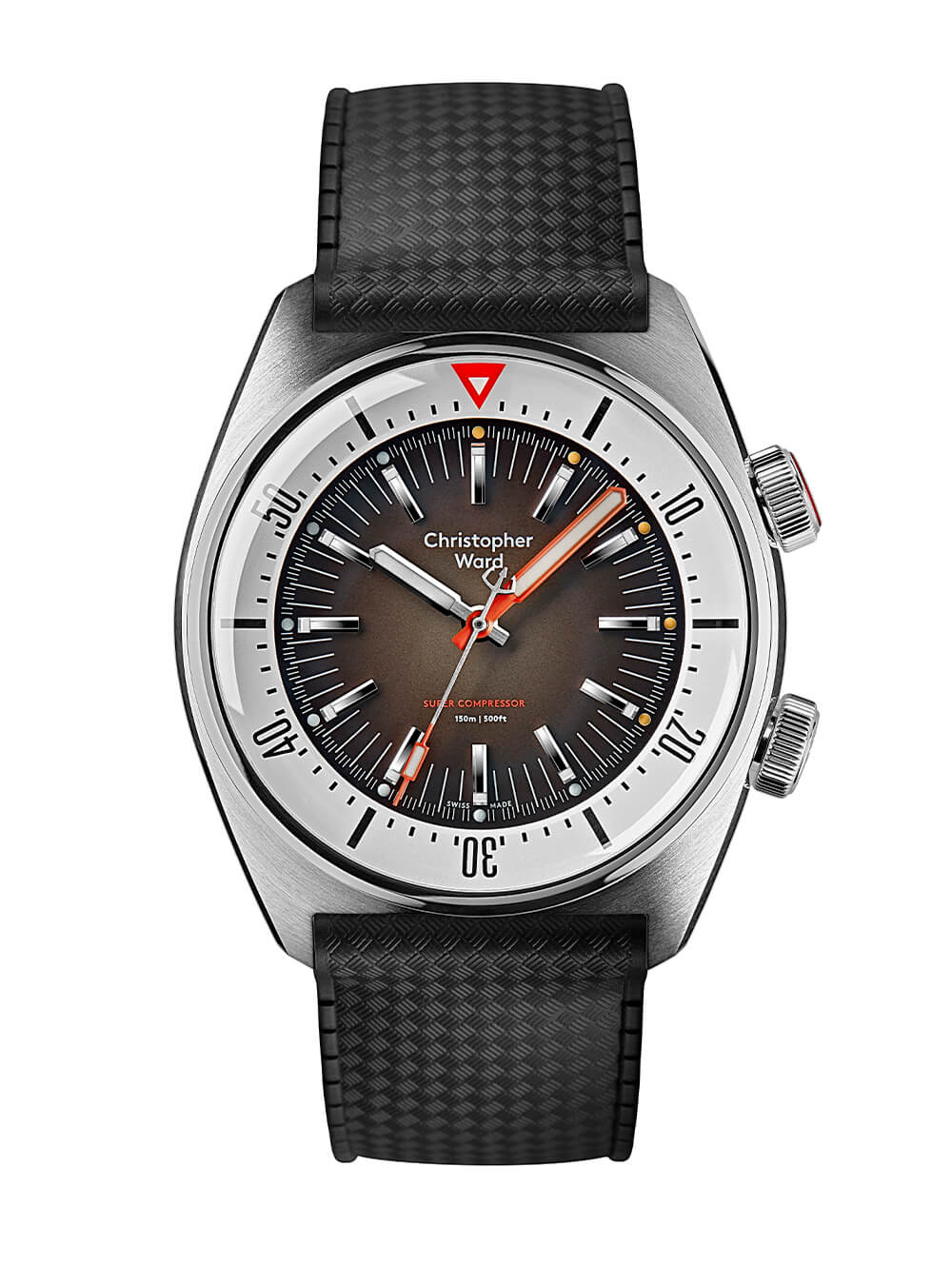 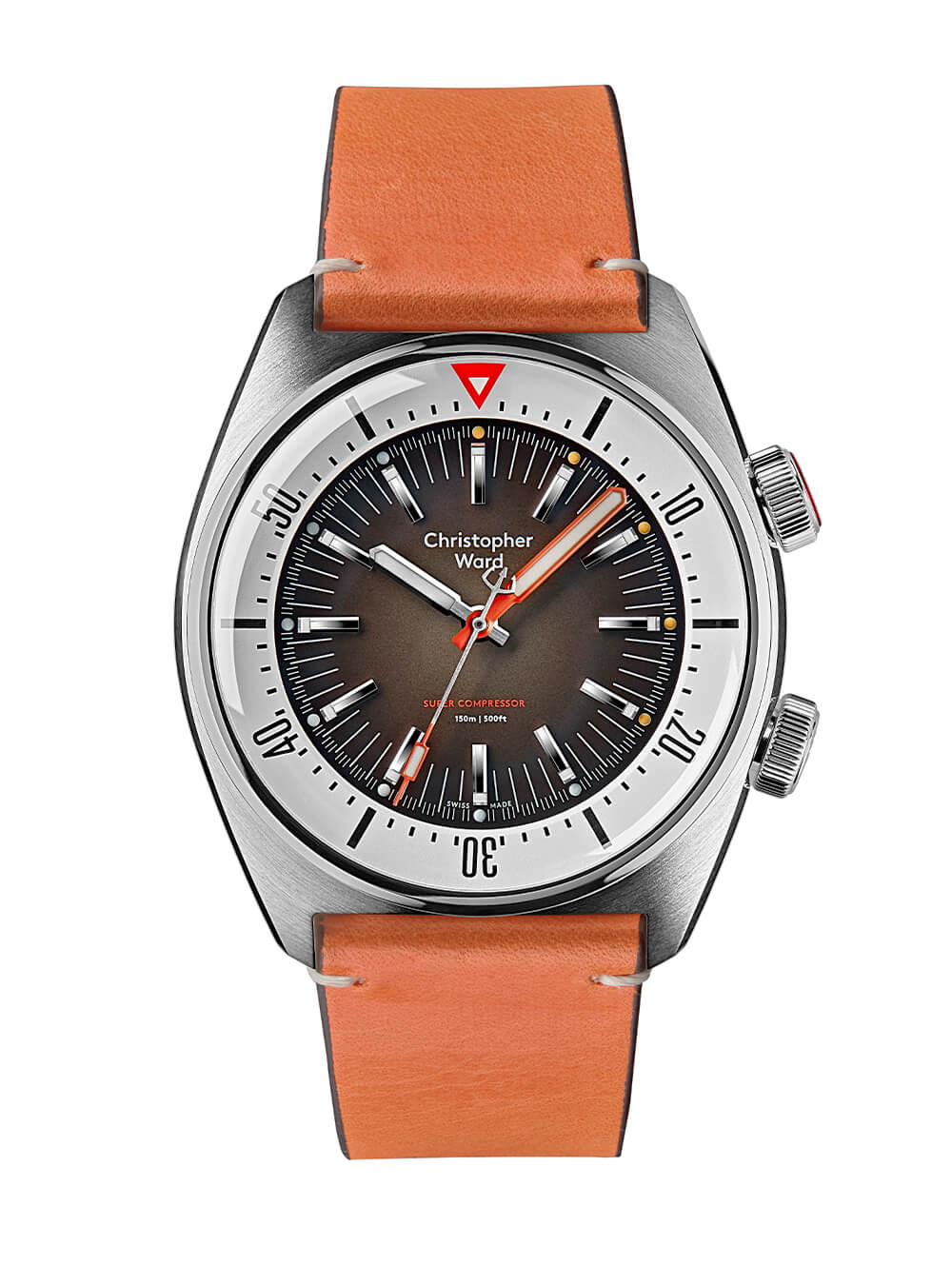 The case’s distinctive silhouette was so easily recognised that many would incorrectly identify a ‘Super Compressor’ as any watch with twin crowns and an inner rotating bezel, this was especially erroneous as EPSA also made single-crown Super Compressors, some with standard external rotating bezels and some with no bezel at all.

EPSA eventually went out of business in the 1990s so collectors have had to content themselves with vintage pieces although the booming trade in heritage-inspired watches has seen brands reissue tributes such as the Longines Heritage Legend Diver and the Jaeger-LeCoultre Polaris. 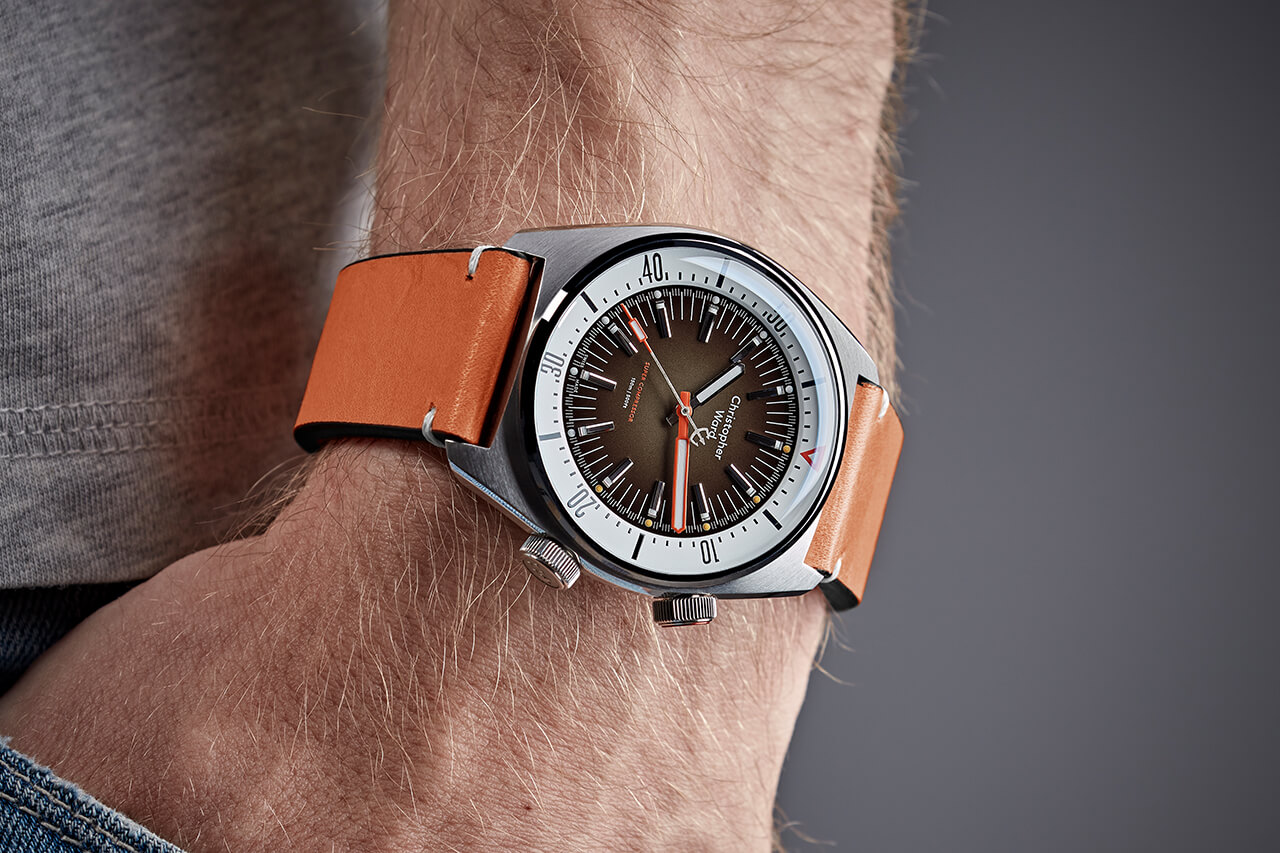 But these tributes have been Super Compressors in name only, fitted with modern screwed down casebacks that offer a fixed level of water resistance, until now that is.

Anglo Swiss watchmaker Christopher Ward has gone to the rather considerable trouble of reverse engineering a vintage 41mm (they were also made in 36mm) Super Compressor case to create its latest watch, the C65 Super Compressor. The brand is not saying which watch they pulled apart (we’re nosy like that) but it doesn’t really matter as all of the cases came from the same place. 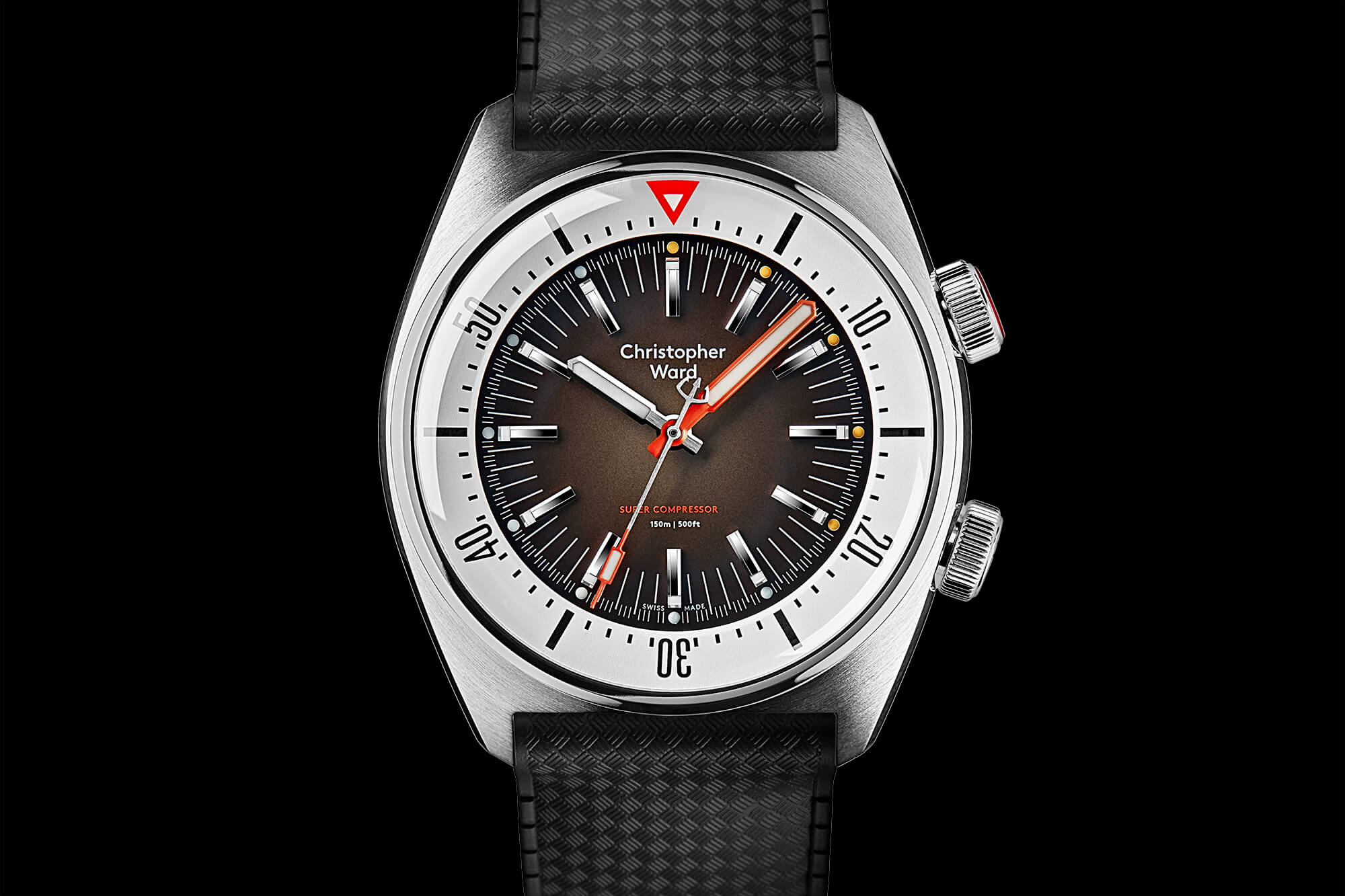 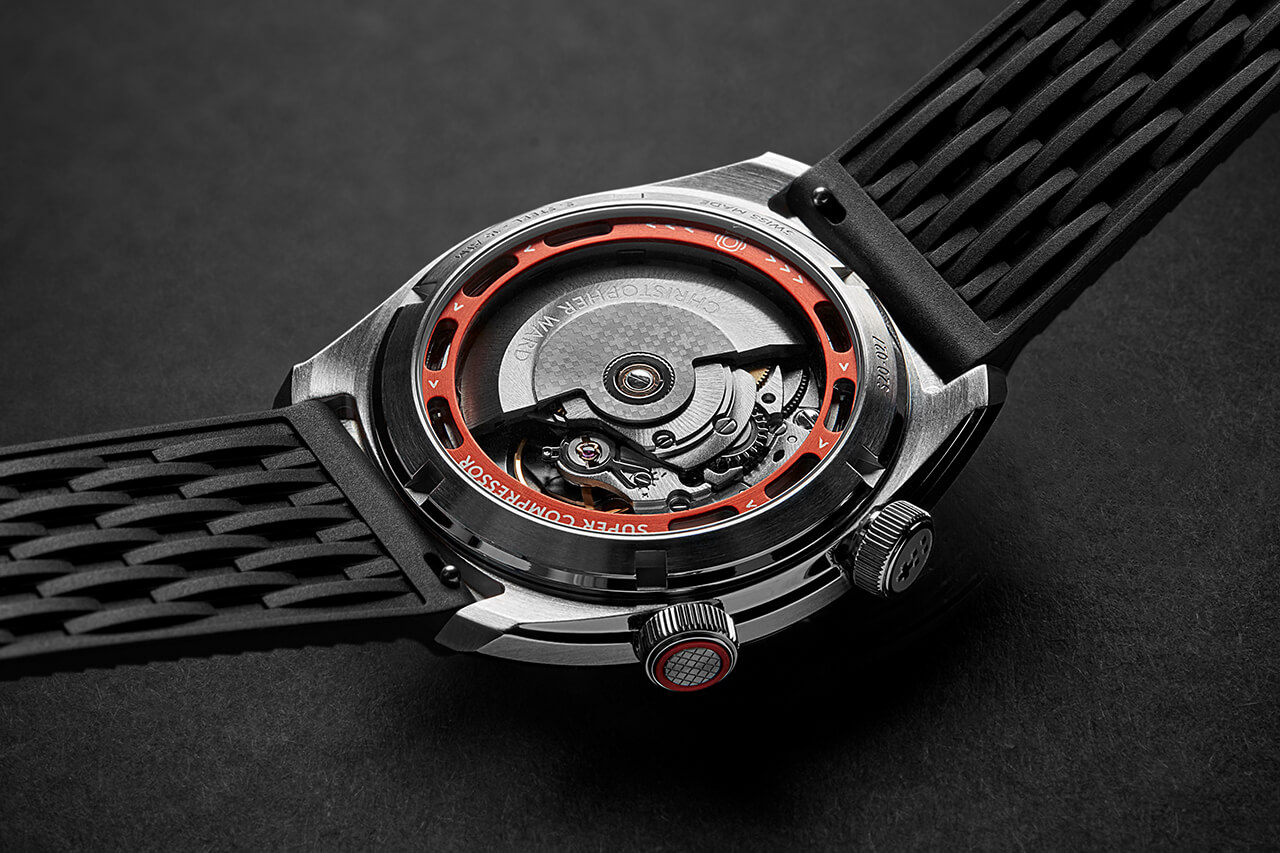 The only change in the format here is a sapphire crystal caseback which affords a view of the Sellita SW200 automatic movement and the 300 Micron thick compression spring that makes the whole concept work. The water resistance too has been clipped to 500ft rather the original 600ft.

Beyond that famous outline, each brand added their own aesthetic touches to their Super Compressor watches and here Christopher Ward has definitely leaned on that golden 1960s era of dive watch design where geometry was king. The C65 Super Compressor is available with brown or blue sunray brushed dials, bold sword hands and faceted rectangular applique hour markers with orange highlights using on the bezel triangle, minute hand and on the tip of the second hand. 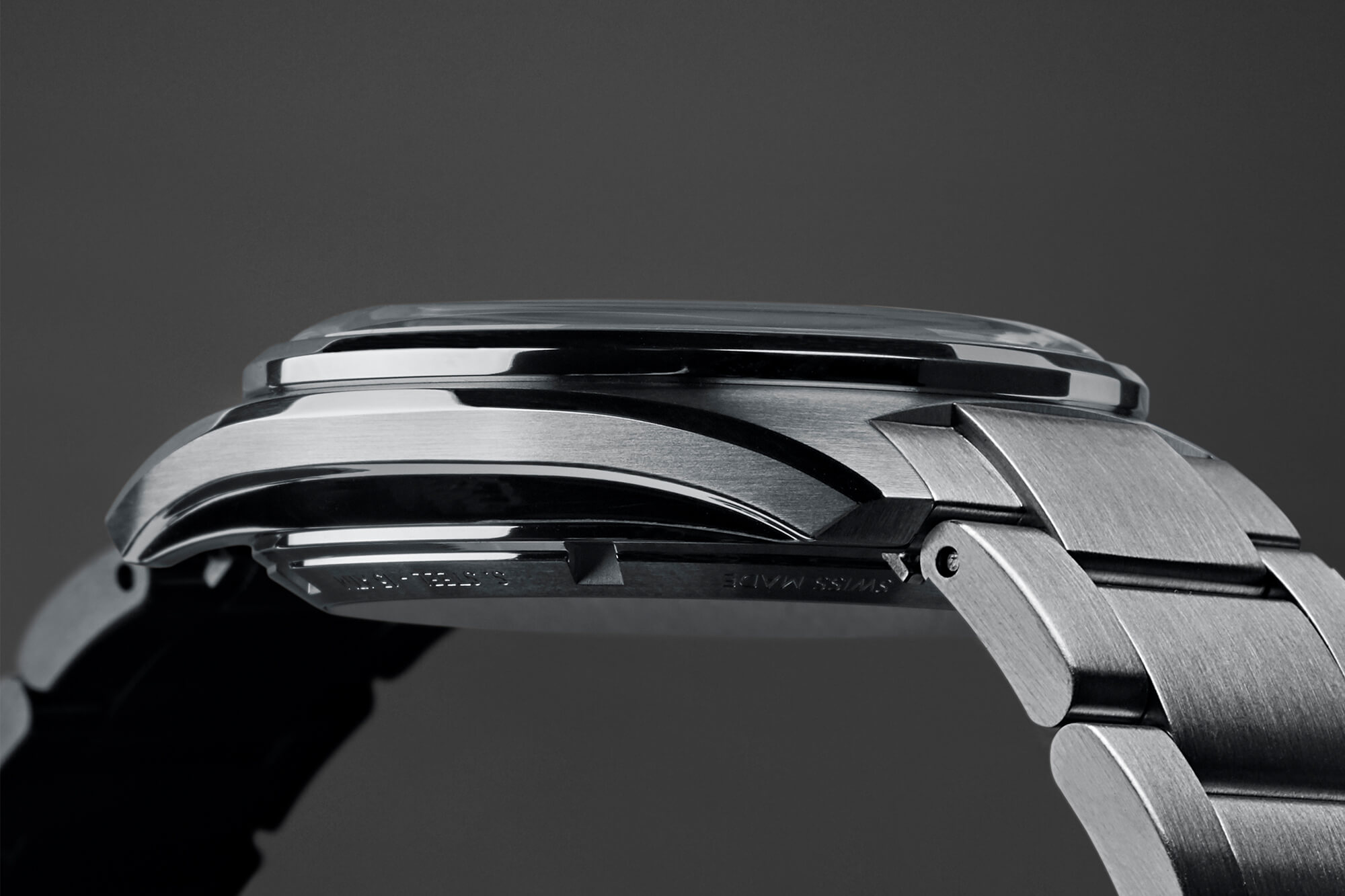 Its 41mm stainless steel case has been treated to a fairly coarse-looking satin-brushing, with finely polished case lines and bezel for a particularly casual everyday look (particularly on the distressed leather strap) which almost certainly how 95% of these watches will be worn.

In one particularly clever addition Christopher Ward has changed the colour of the first five lume spots on the dial to clearly mark out the first 20 minutes in the way that more modern dive watches do while preserving the monochrome feel of the internal rotating bezel.

Was anyone asking for an exacting modern Super Compressor when modern divers, including Christopher Ward’s own, are technically superior? Well actually, as it turns out, yes. The request came from Christopher Ward customer Marc Shulteis in October 2018. It’s the kind of technical, historical curio that dive watch collectors will find difficult to resist, while also looking good enough to appeal to a wider audience.

Perhaps the most attractive point though, the price. At £895 on a strap and £1,000 on the bracelet the C65 Super Compressor is considerably more affordable picking up its vintage inspiration.