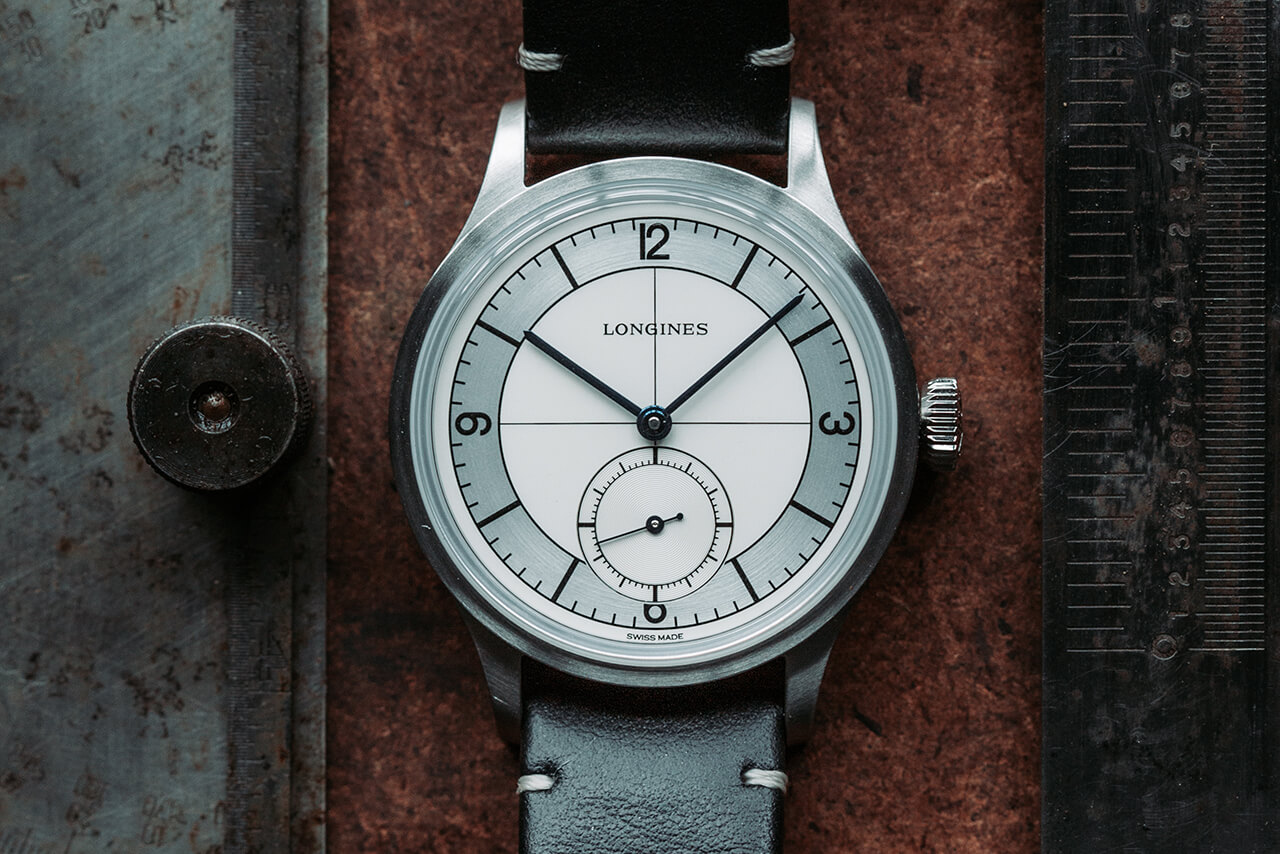 Like any industry there are strong trends in watchmaking and, for the last couple of months, that’s been the kind of sports luxe timepieces that Gerald Genta would be proud of, and that Mr James Buttery discussed last issue. Before then however – and for indeed most of this year – it was all about one thing: re-issues.

Every brand around before the quartz crisis was leveraging their archives into re-released limited editions and retro, vintage-inspired new models. It was almost obsessive. Yet if there’s one brand that shows why it was a thing at all, why there’s so much love for keeping the old new, it’s Longines.

Not what you were expecting? Obviously you’ve not been keeping up with our articles. For shame. Over the past six months Longines has been releasing some spectacular timepieces, tapping into the retro zeitgeist with the well-priced, charmingly vintage pieces of its heritage collection. 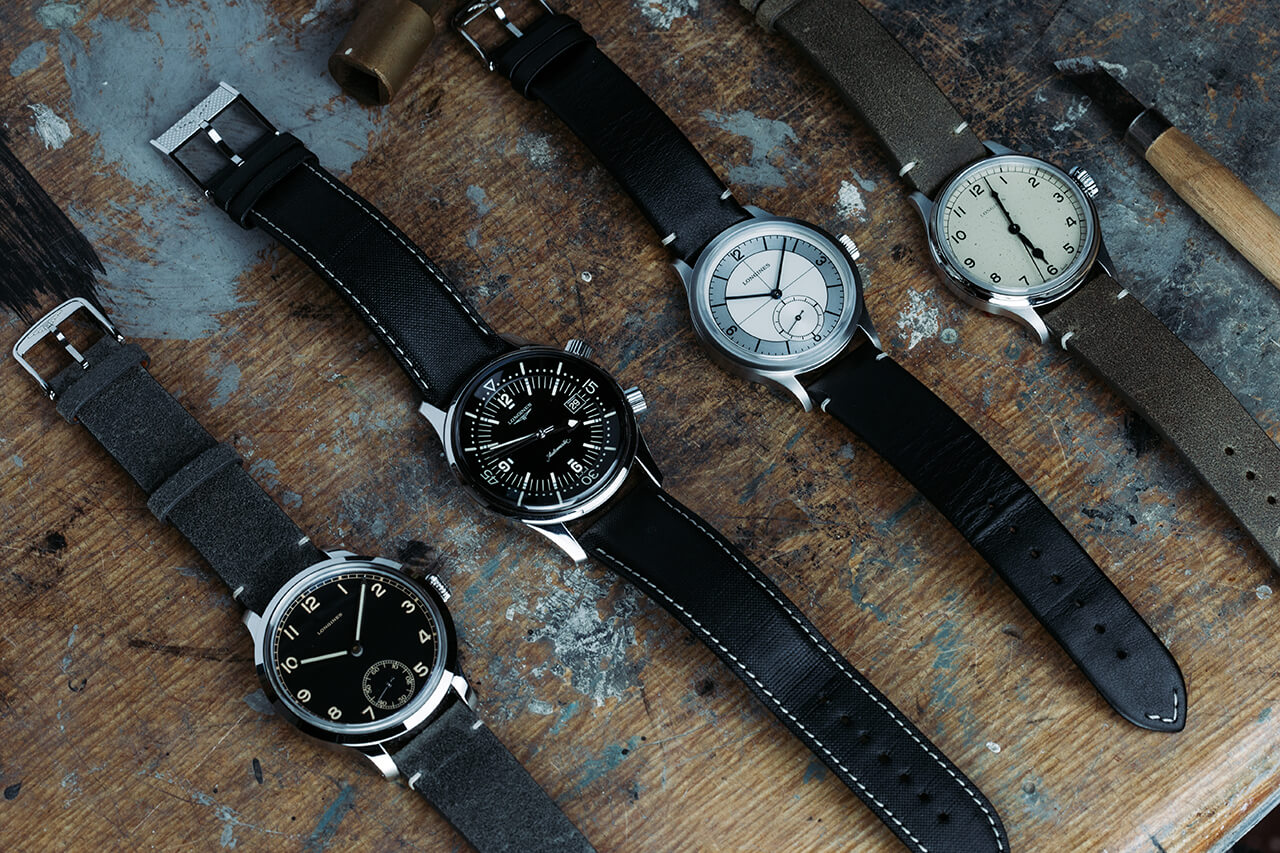 To put the Heritage collection in context, it’s worth looking back at where it comes from. After all, until recently the modern Longines has been more concerned with Simon Baker stroking horses than leveraging its history – a history that dates back to 1832.

That said, the original Longines factory was inaugurated in the watchmaker’s home of Saint-Imier in 1867, launching with the award-winning 20-line pocket watch calibre with an anchor escapement and pendant winding and setting system. They continued building ground-breaking pocket watches all the way until 1913 and the 13.33Z monopusher, a tiny 29mm piece. It was one of the first wristwatch chronographs ever built.

Over the next decades Longines created aviator watches for pilots Weems and Lindbergh and built the 13ZN calibre, generally regarded as one of the most remarkable movements of the era. They continued pushing chronographs and, in 1945 their first automatic movement, the phenomenal 22A. They didn’t really stop until they switched to a preference for quartz in the 80s which is when, over the next couple of decades, the Longines we know and love today came to be. 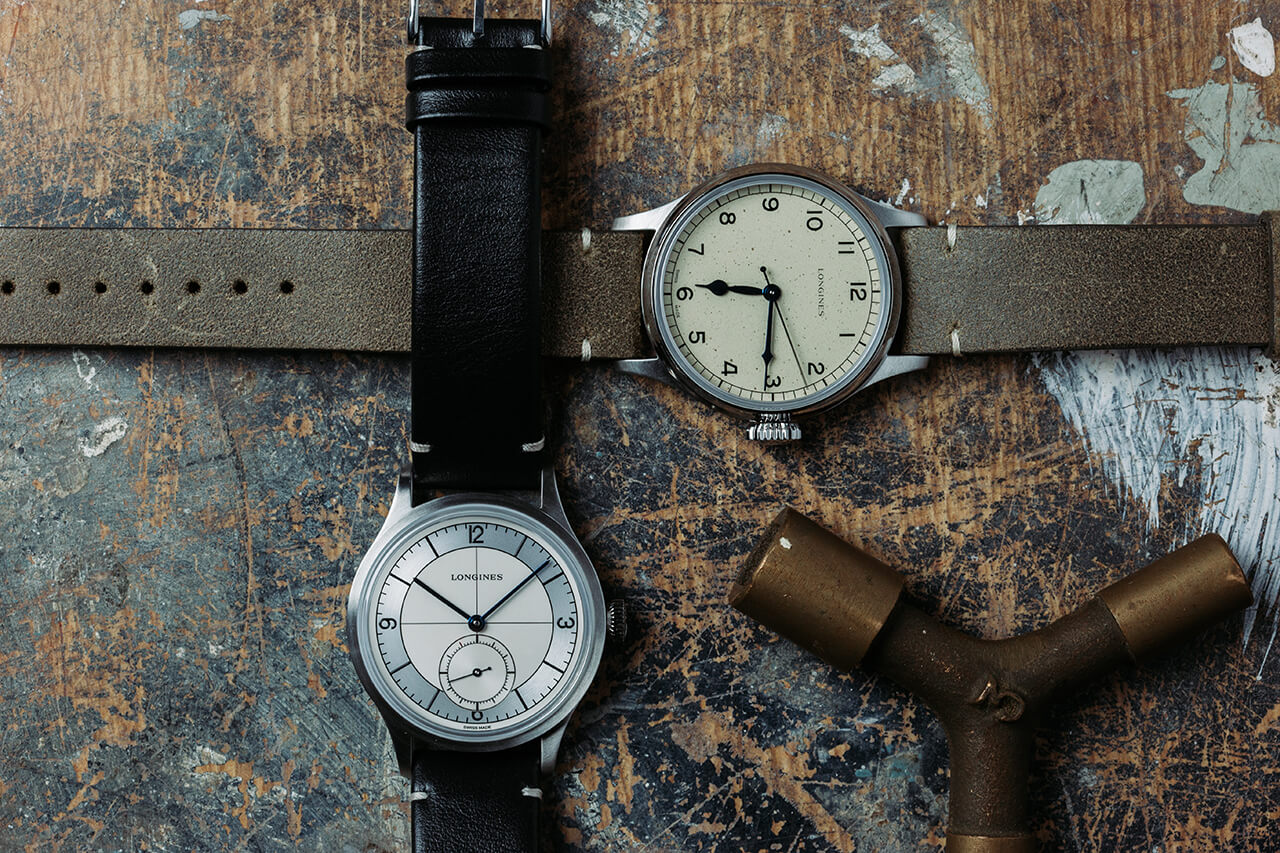 Longines is named after its location – the river nearby is known as ‘Les Longines’ or, ‘long meadows’.

I’m sure you’ll agree, that’s a very special heritage, with more than a handful of models that deserve a little love their way. Longines, incidentally, still has fantastic price points in the vintage market if that’s your thing. If you prefer new timepieces though, the last year or so has seen many a re-issue tapping into its history in a way that should make many a brand intensely jealous.

The most famous of those re-issues is likely the Lindbergh, a faithful replica of the timepiece developed for the American pilot back in 1931. It’s not my favourite though. Cool an idea as it is in theory, it’s just not the most wearable watch in the world. No, I feel in love with the Heritage collection with the Legend Diver. 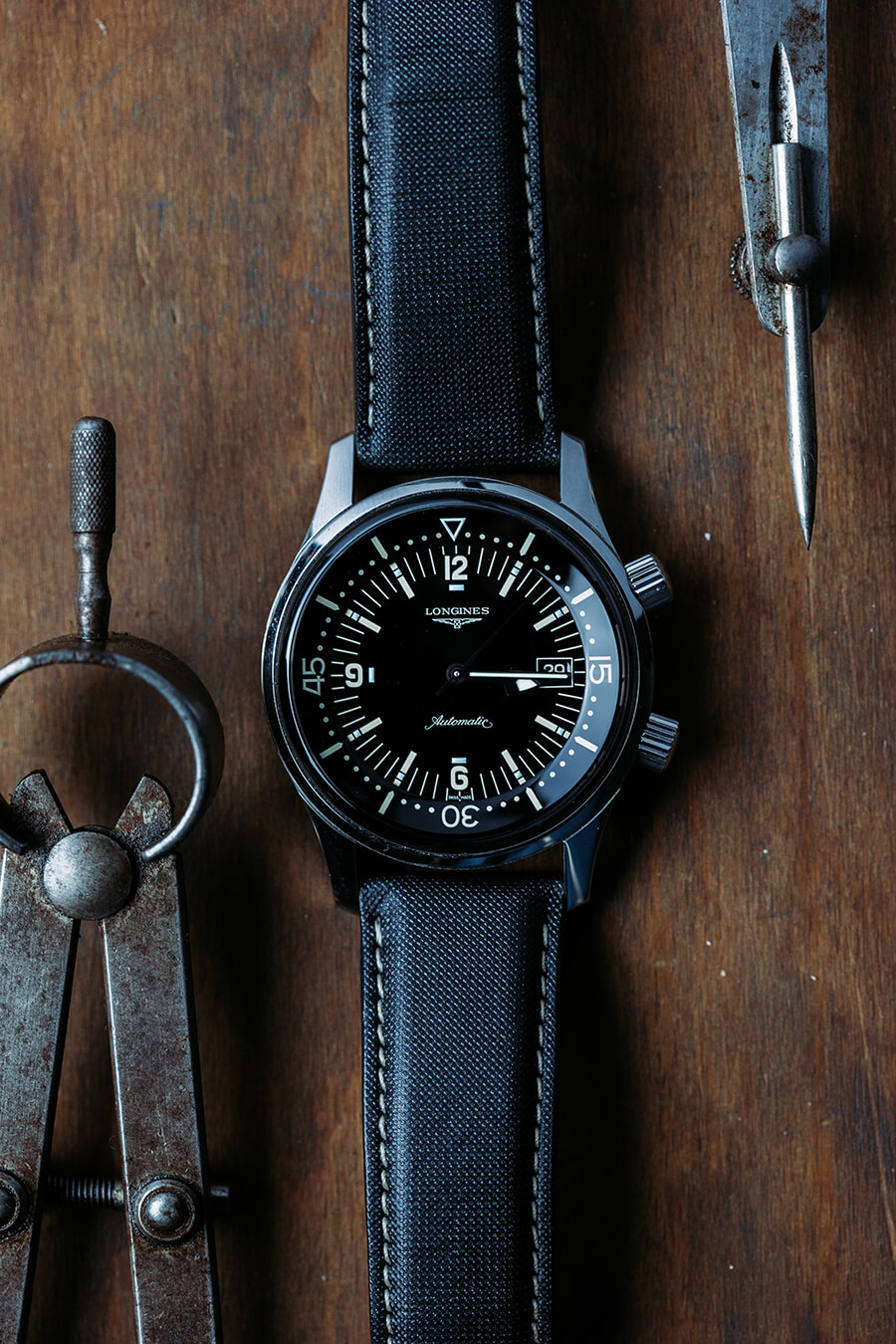 With its rotating inner bezel, usable via a second crown, it’s one of my favourite current dive watches with its more streamlined look, comparatively less bulky than even the current crop of retro divers.

Then there’s the Sector Dial, which looks to be Longines’ biggest release of the year – at least here in the UK – with it’s own tie-in, influencer-led campaign. It’s not hard to see why. The sectioned layout and two-tone finish are charming in a cute, quirky way while staying easily wearable. It’s also in the brand’s signature silver and blue colours which go with pretty much everything. 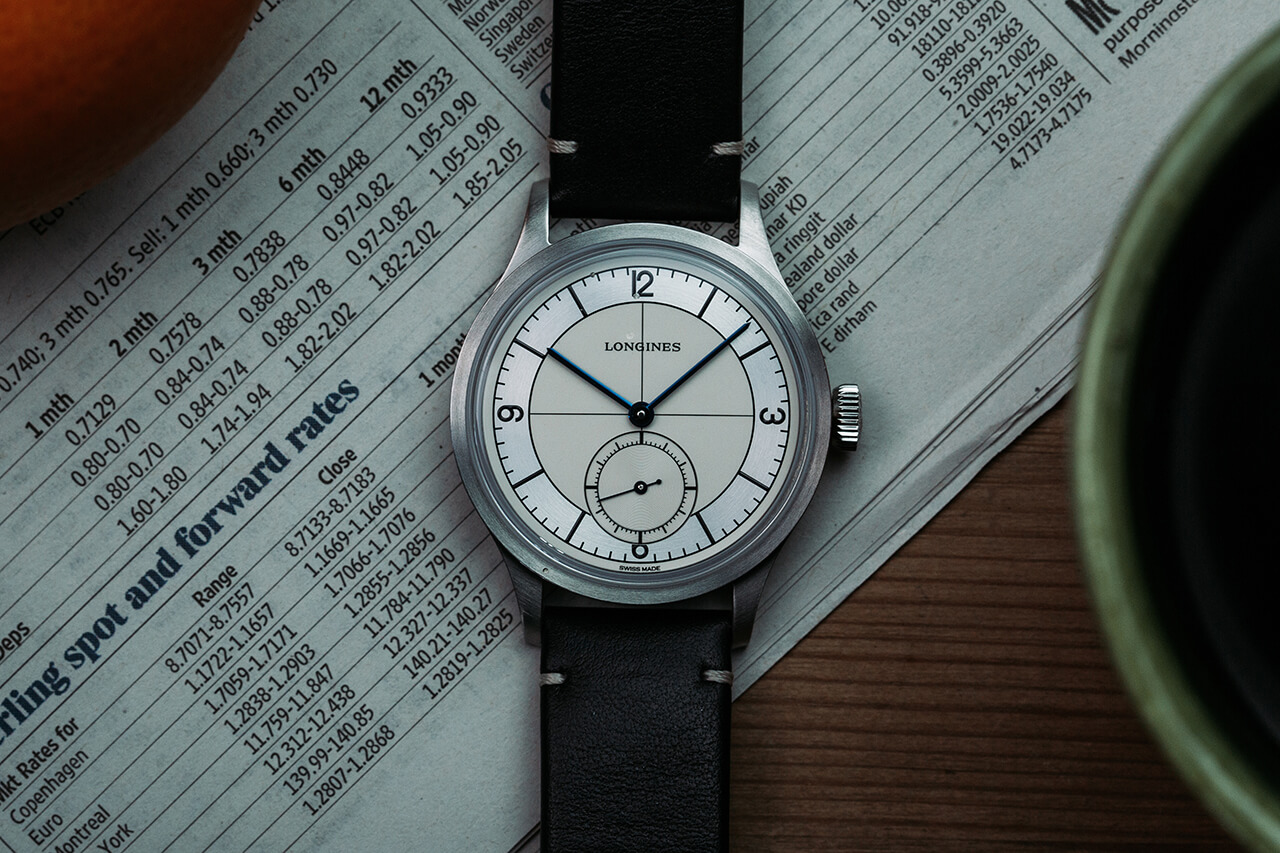 That brings us to the latest model to grace the collection, the Military 1938. It’s not the first military re-issue but it’s the biggest and best, more elegant than you might expect from a field watch but with the same bevelled bezel and sea-urchin crown as the original. In fact, despite being a rather contemporary 43mm, it’s incredibly faithful to the original timepiece. 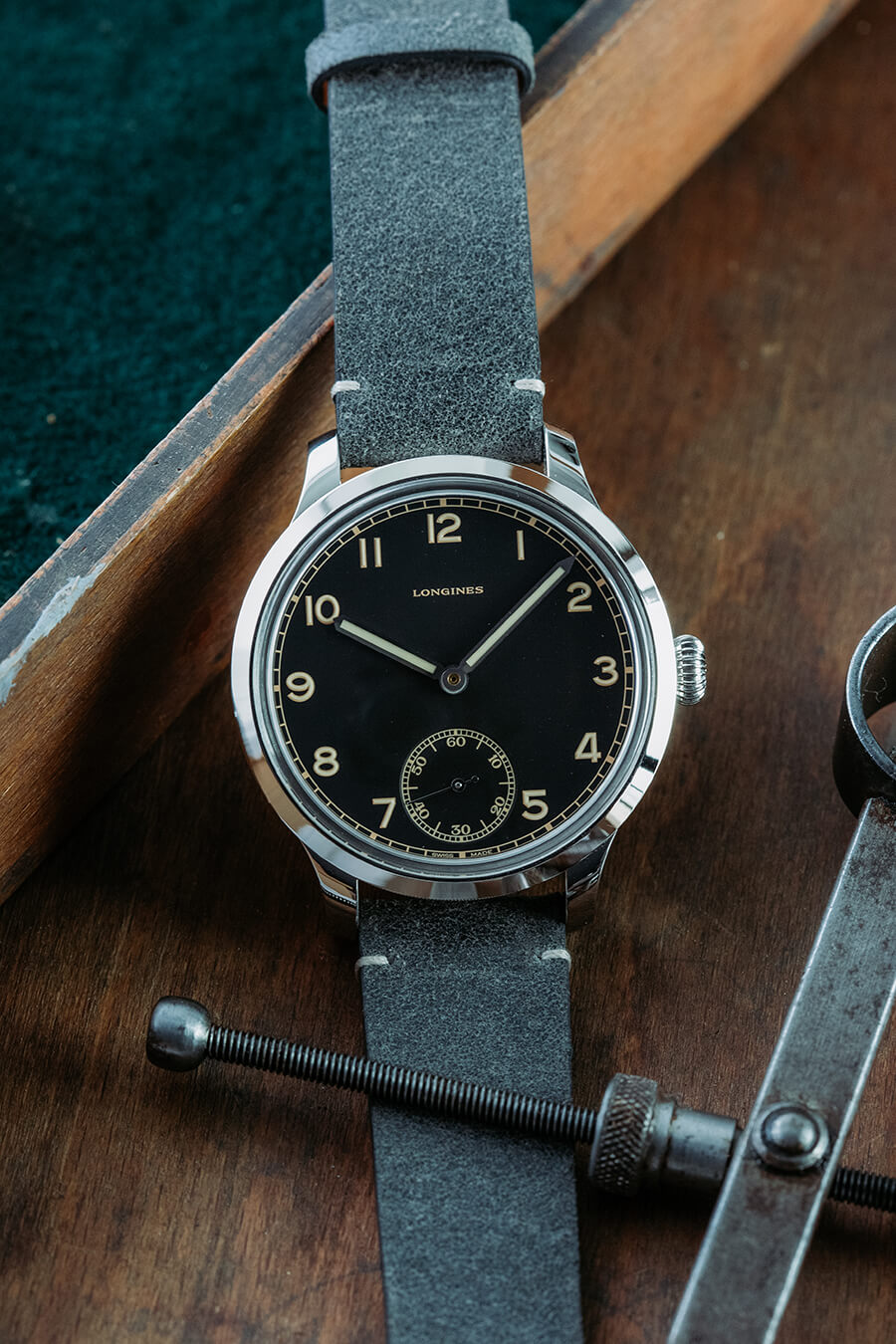 Limited to 1,938 pieces – a tribute to the watch’s original production date – I’m planning it as a reward for myself when I keep to my New Year’s resolution. Or a commiseration for when I fail. Either way, it’s on my wishlist… if there are any left when I get to it.

The current industry-wide glut of re-issues seems to be slowing down (hopefully it’s not just the time of year) and as far as I’m concerned that’s a good thing. Except for Longines. There’s still plenty of heritage for them to leverage for their aptly-named collection and many more collectors waiting for the next retro drop – myself among them.