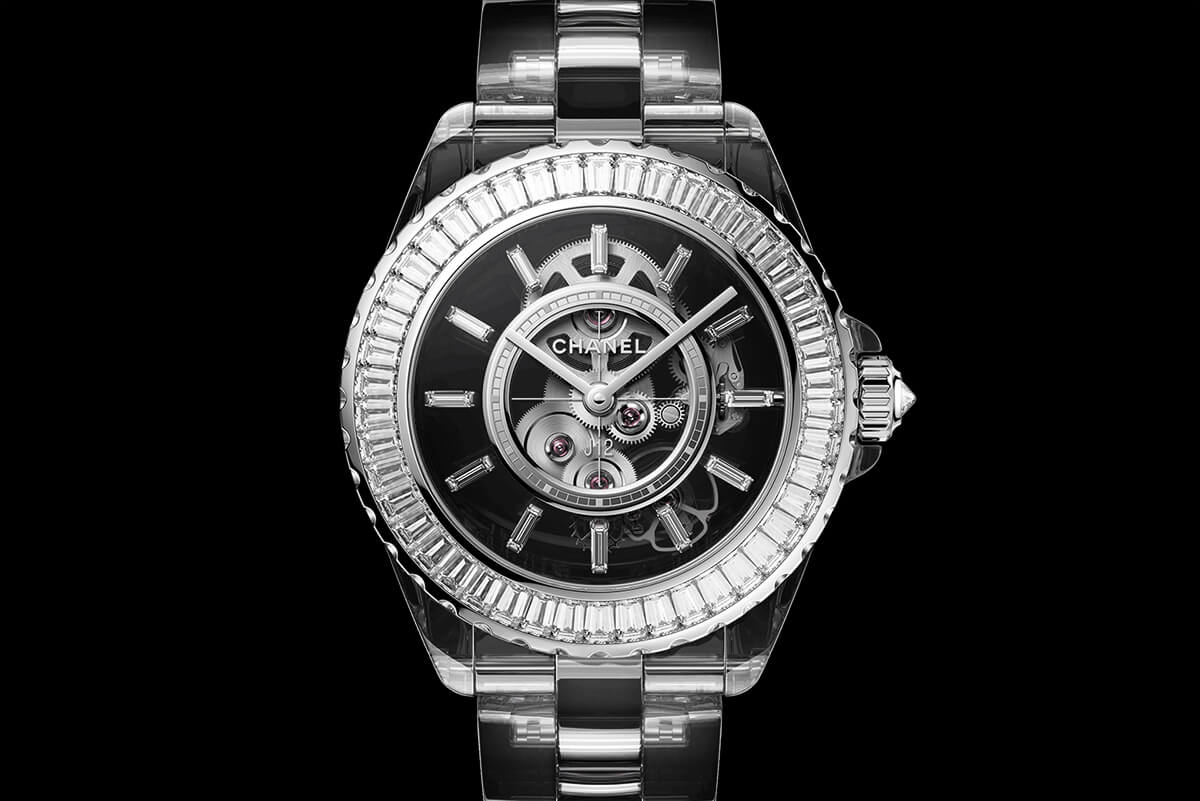 The J12 isn’t just a Chanel signature, it’s one of the coolest women’s watches out there, enough that I’ve been tempted to try it out on more than one occasion. However, as the watch reaches its 20th anniversary (yep, it’s really been that long), the fashion house is releasing a shiny new interpretation of the modern icon: the J12 X-Ray.

We’re used to seeing white on the J12 but this takes non-colour to new heights – and more than lives up to its name, as a glance will tell you. The case is entirely made from sapphire, second hardest material on earth and generally used on watch crystals, exhibition casebacks and not much else. 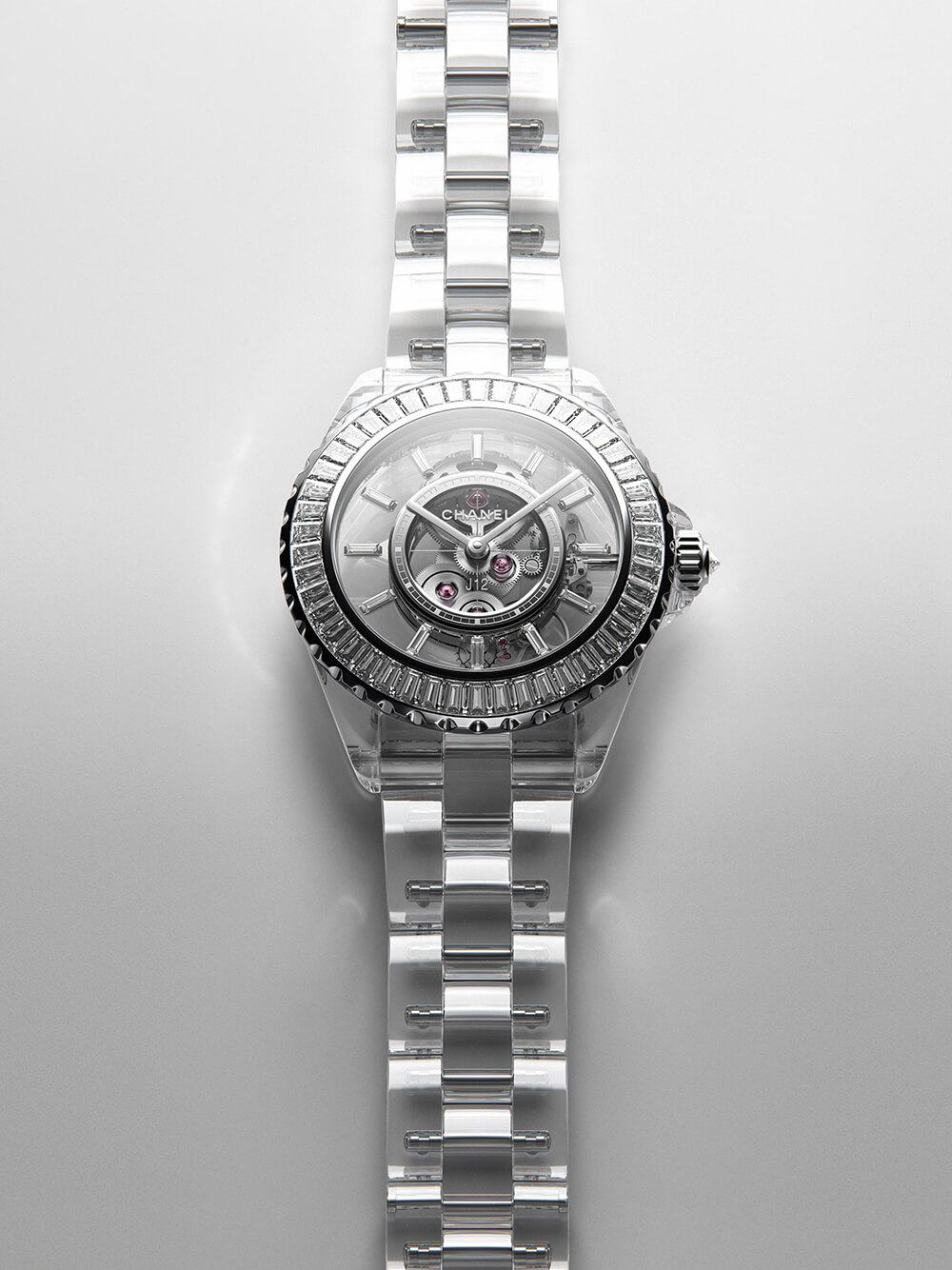 Even so, Chanel hasn’t stopped at the case. The plate, timer bridge and cog bridge are also made out of sapphire, going beyond skeletonisation into the realm of the ghostly. Inside these invisible walls is Chanel’s in-house calibre 3.1, a skeletonised movement with a power reserve of 55 hours. It’s an astoundingly intricate latticework of cogs that requires an entire week to complete. 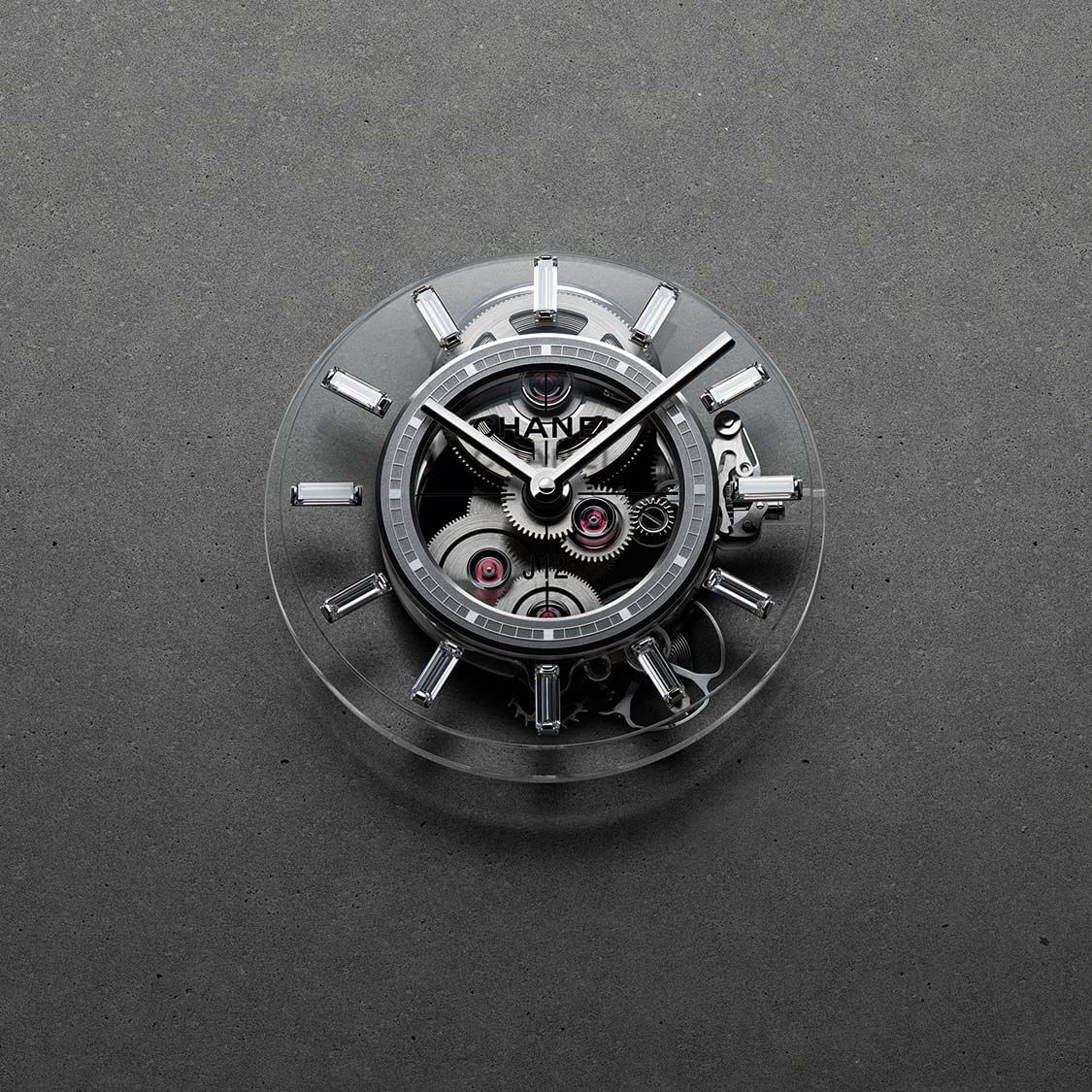 At this point having a sapphire dial is pretty much a given, though the sapphire is joined by its slightly harder compatriot in the form of baguette-cut diamond indicators, stones that seem to float. The bezel too is diamond-set and the crown is set with a single stone, with every other piece of metal outside of the movement in white gold for a full-on brilliance. 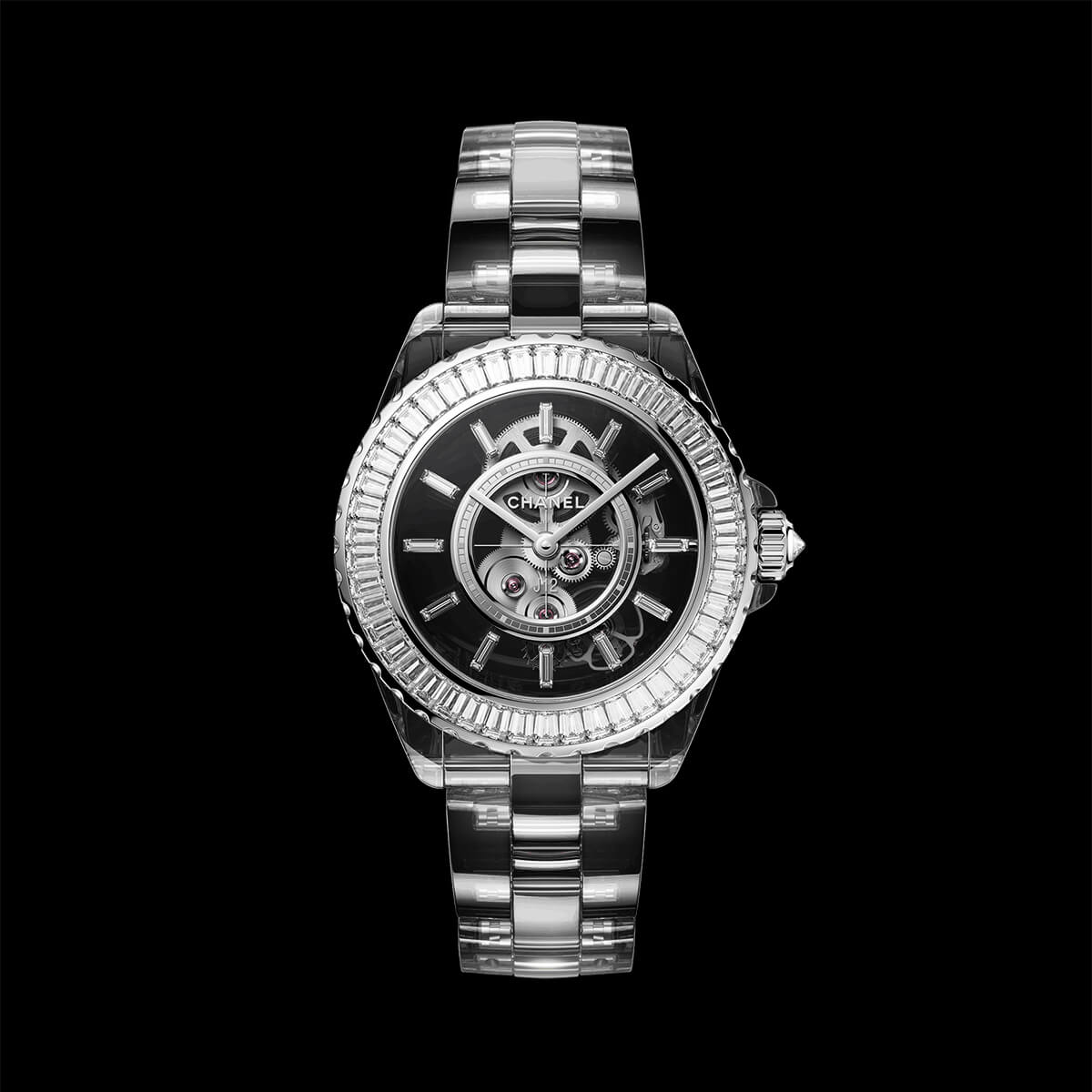 Oh and then there’s the strap… whose links are cut from raw sapphire crystals. It’s probably not a surprise that this is a world first; who’d be crazy enough to attempt it?

The result is a rare gem even amongst the already rarefied strata of sapphire-cased watches (there have been a handful) and a testament to the J12 as an iconic design. Limited to just 12 pieces, it’ll be a show-stopper when we see it in the sapphire come Baselworld 2020.