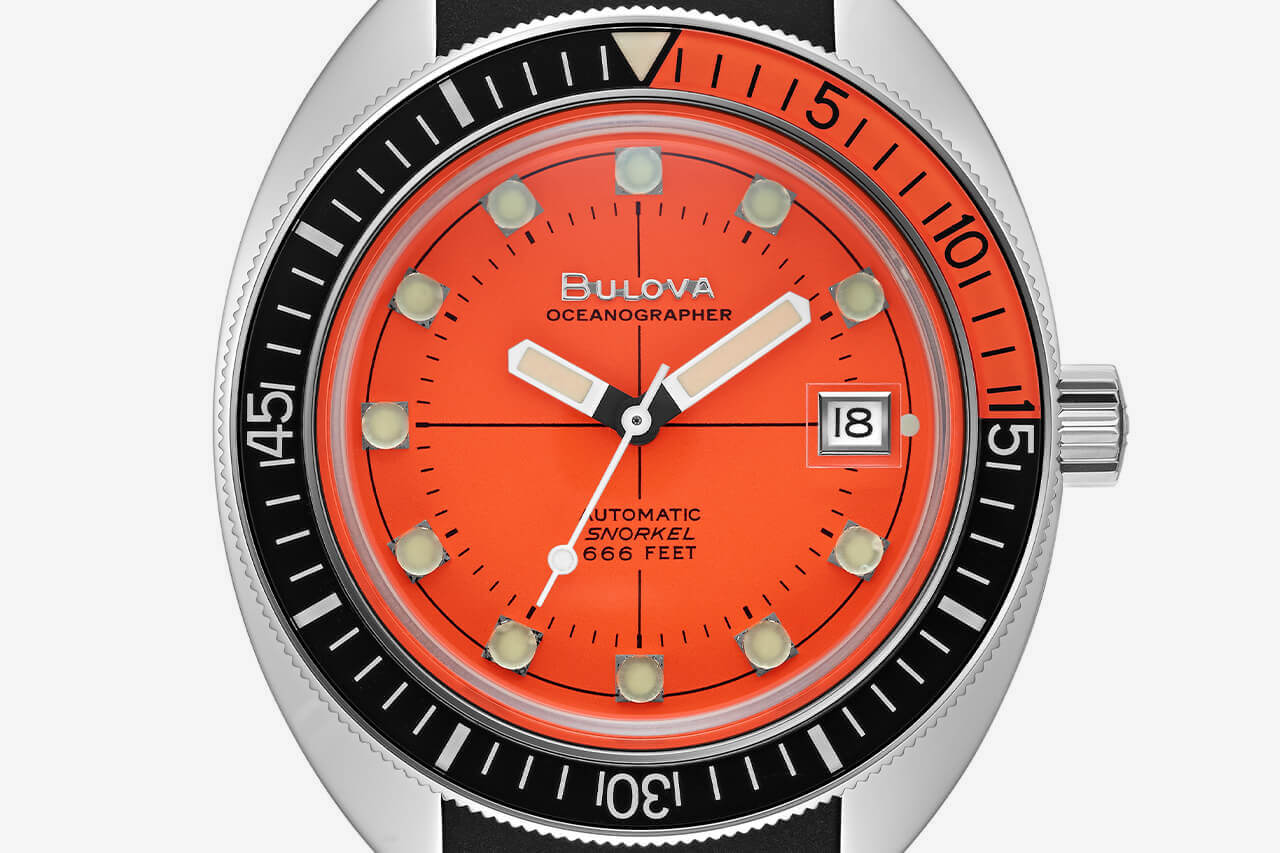 The archive series by Bulova is one of the best places to go if you’re interested in accurate retro designs without the hassle of outdated tech. Each timepiece that gets added to the collection is carefully updated to keep up with modern standards but maintains all of the drama and history that accompanies these heritage icons. And when it comes to drama, there are few watches that can compare to the Bulova Oceanographer from 1972, which earned itself the moniker “Devil Diver”.

The new Devil Diver brings back the original colour scheme of the Oceanographer – that vivid, hell-fire orange that was lost in the 2018 reissue – and it also returns to the original sizing at a 41mm diameter. The use of orange on divers watches was cutting edge science back in the 70s: many Swiss brands were experimenting in the depths of Lake Neuchâtel to try and find the best dial colour for visibility underwater. It was actually Doxa who pioneered the bright red-orange that caught on and became popular on watches like the Bulova. 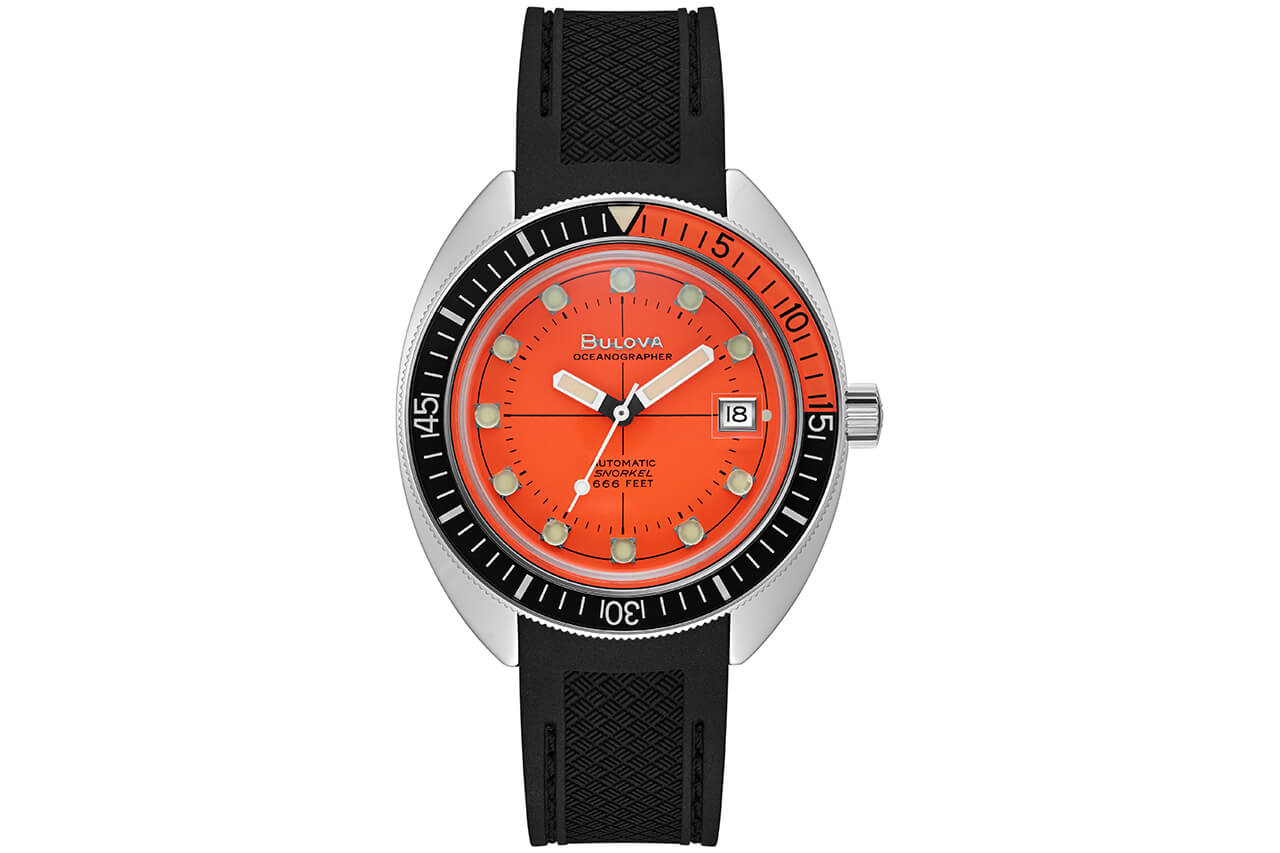 You’d be forgiven for thinking that it’s the fiery colour scheme that gave the Oceanographer the nickname “Devil Diver” but that’s only half the case. In a playful break from tradition, Bulova decided to swap their water resistance measurement from metric units to imperial, resulting in their 200m depth protection being written on their watches as 666-feet. Bulova first used the measurement on watches like the Snorkel from the 60s, but it was the combination of it with the new colour that created the Devil Diver’s reputation.

The new edition is a great mixture of heritage features, like the 666 numbering, and modern convenience. For example, the bezel has a 60-minute dive scale with unidirectional rotation, similar to the original version, but the material has been updated from resin to acrylic for superior durability and the colours have been slightly adjusted. Likewise, the new edition has an anti-reflective sapphire crystal for improved legibility. 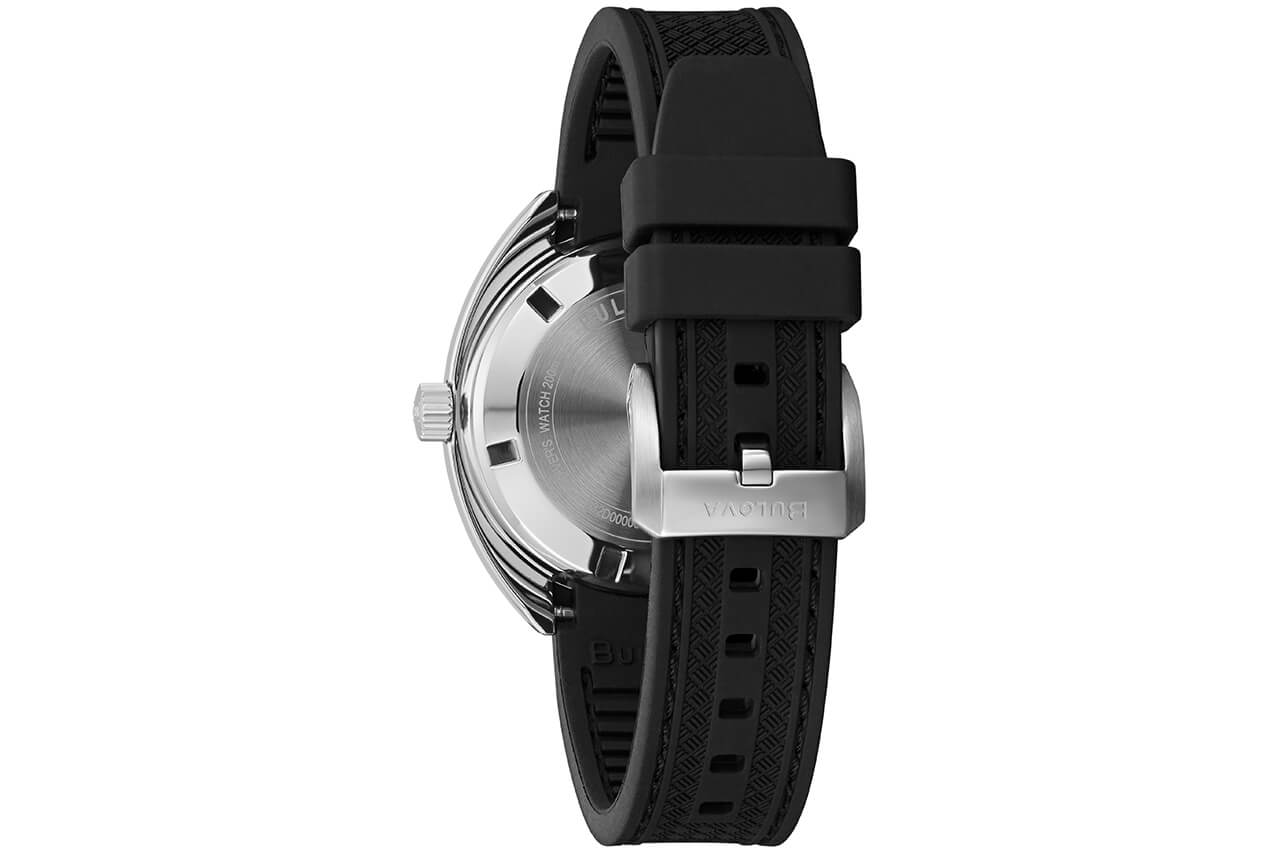 That modern convenience continues on the inside. Housed within the 41mm diameter, stainless steel turtle case (which has a screw caseback and screw-down crown) is a dependable Japanese movement, the Miyota 821D-21B calibre. It isn’t a particularly special movement, self-winding with a 42-hour power reserve, but it’s ideal for people who are new to collecting vintage watches and want the reassurance of a reliable mechanism.

In some regards all this faffing over what aspects of the watch are historic and what’s modern is irrelevant because at the end of the day it’s a great looking piece and that’s what’s important. The dial layout is relatively simple, with big lumed indices and thick hour and minute hands with a lollypop style seconds hand – it also has a classic date window in the 3 o’clock position. The overall sense of simplicity really lets the colour pop in an eye-catching way. All presented on a sporty black rubber strap with three piece buckle. 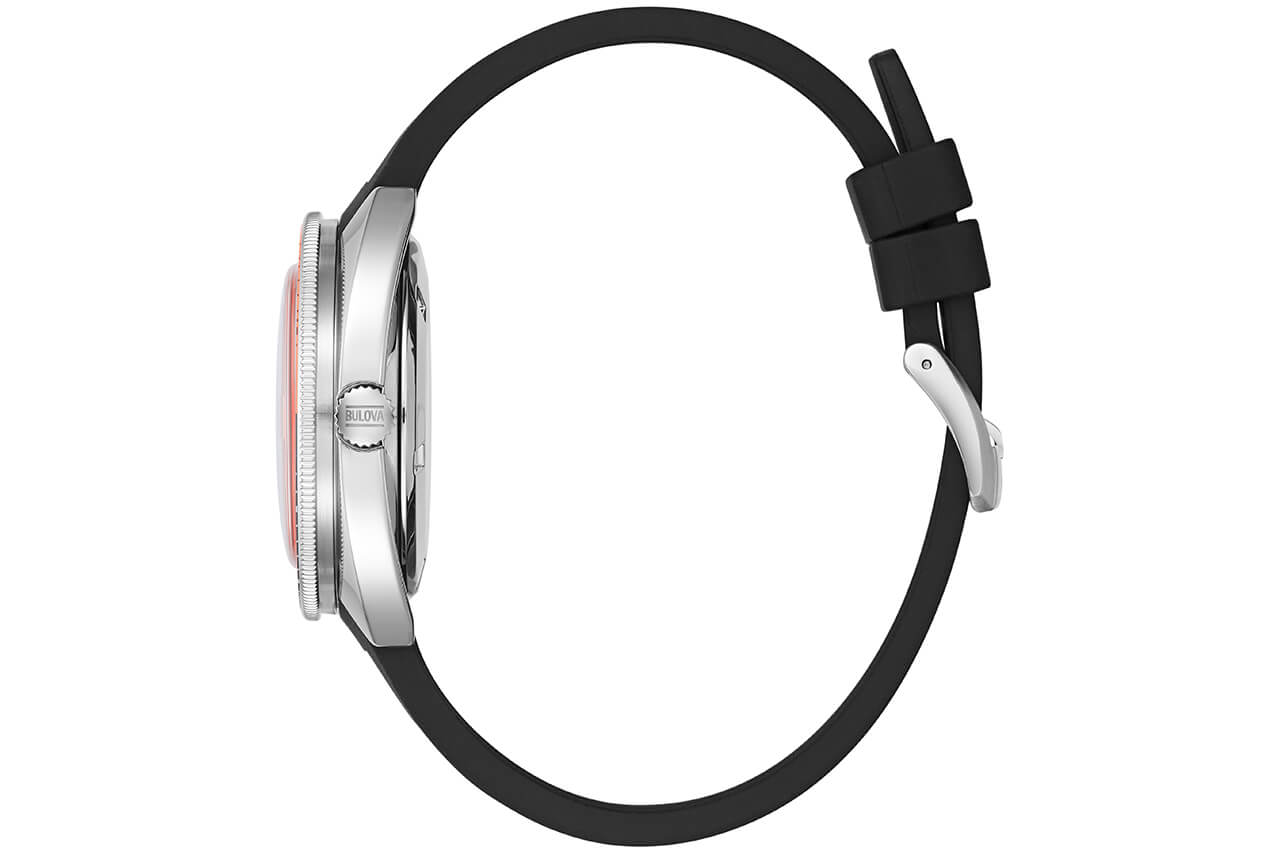 Back in 1972, the Oceanographer became a cult hit thanks to its styling and unique reputation as the Devil Diver and while 2018 reissue was nice, the colour changes present lost some of the drama that

the original had, so I’m glad that thanks to the archive series it’s back in all its glory. It’s also very accessible at £469 so the cult success of the new edition is all but guaranteed. All hail the Devil Diver.