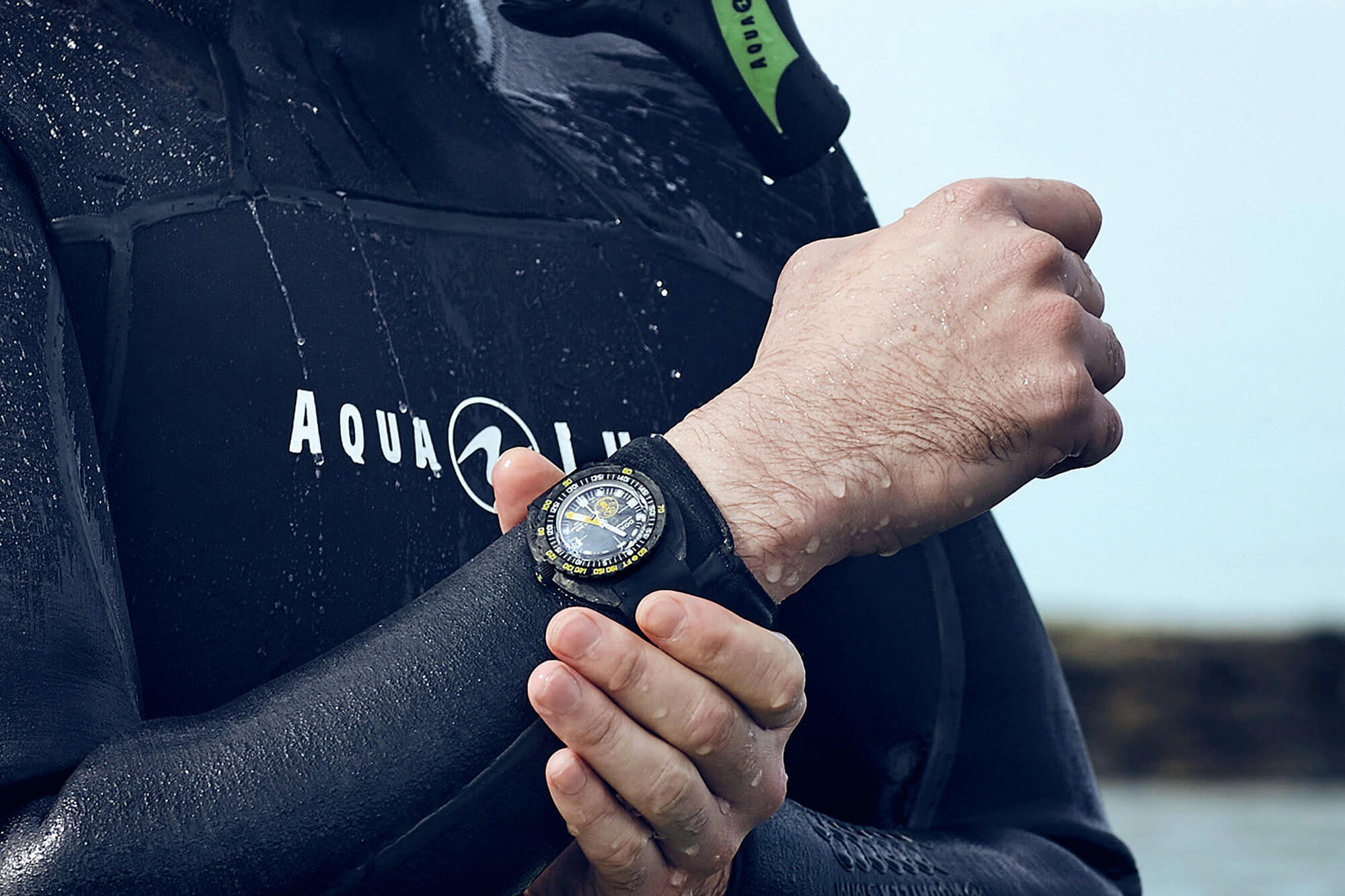 Any serious diver with a passing appreciation for watches likely knows the name Doxa. They are the quintessential 60s divers, an icon of the golden era of underwater exploration. The brand may have been founded as early as 1889, but it was the Doxa SUB, built in collaboration with none other than Jacques-Yves Cousteau, that has come to define it.

In the time since, bar an understandable blip in the 70s courtesy of quartz, Doxa has been creating some of the finest affordable divers on the market with more bang for your buck than a stag strapped with dynamite. Yet like many a 60s diving watchmaker, Doxa’s at a crossroads, one put rather succinctly by incumbent CEO Jan Edöcs:

“Doxa has a rich heritage – one that we’re proud of. But divers are getting younger and they’re no longer familiar with what we were doing in the 1960s. We can’t just rely on Jaques Cousteau anymore!” 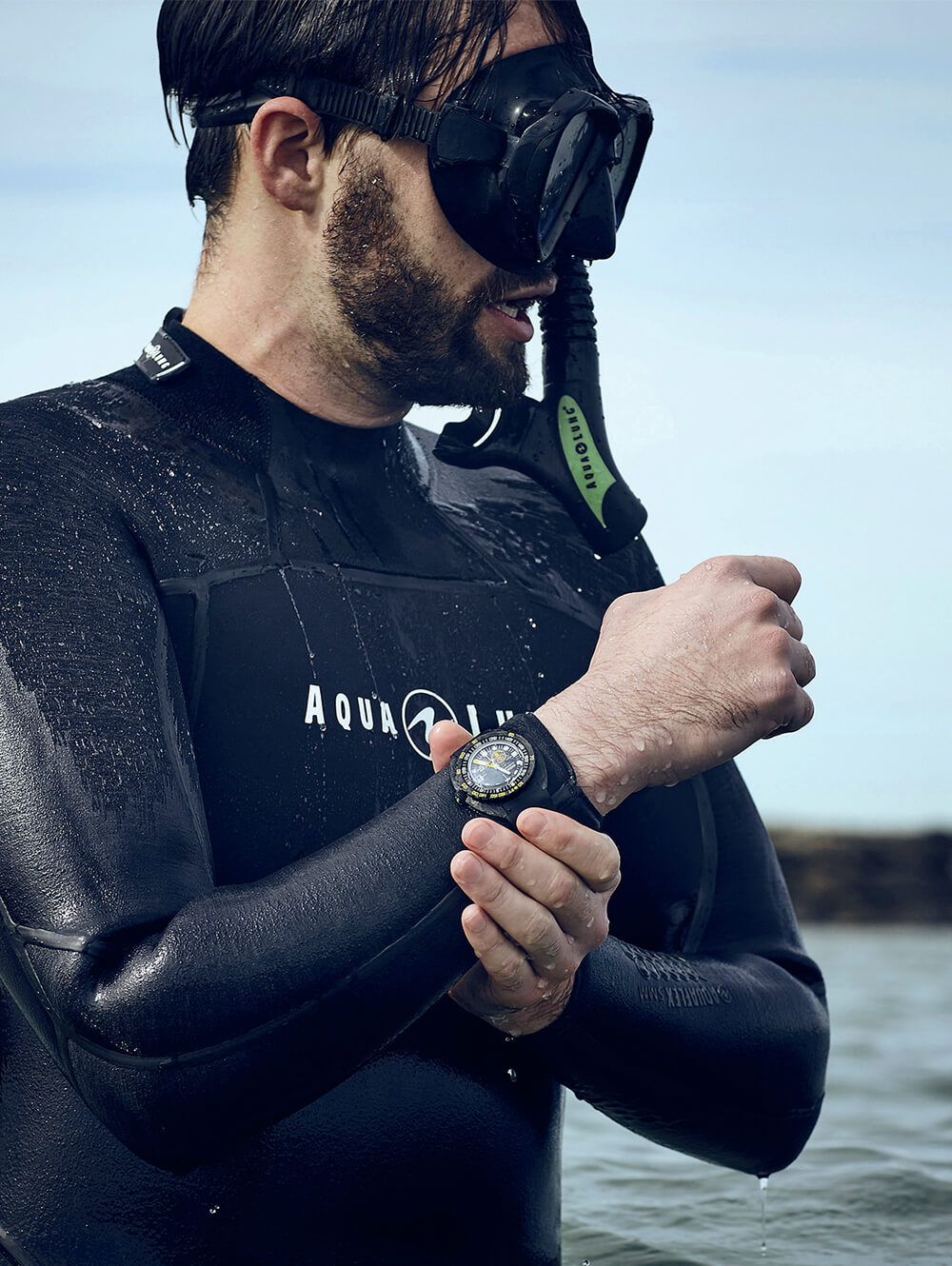 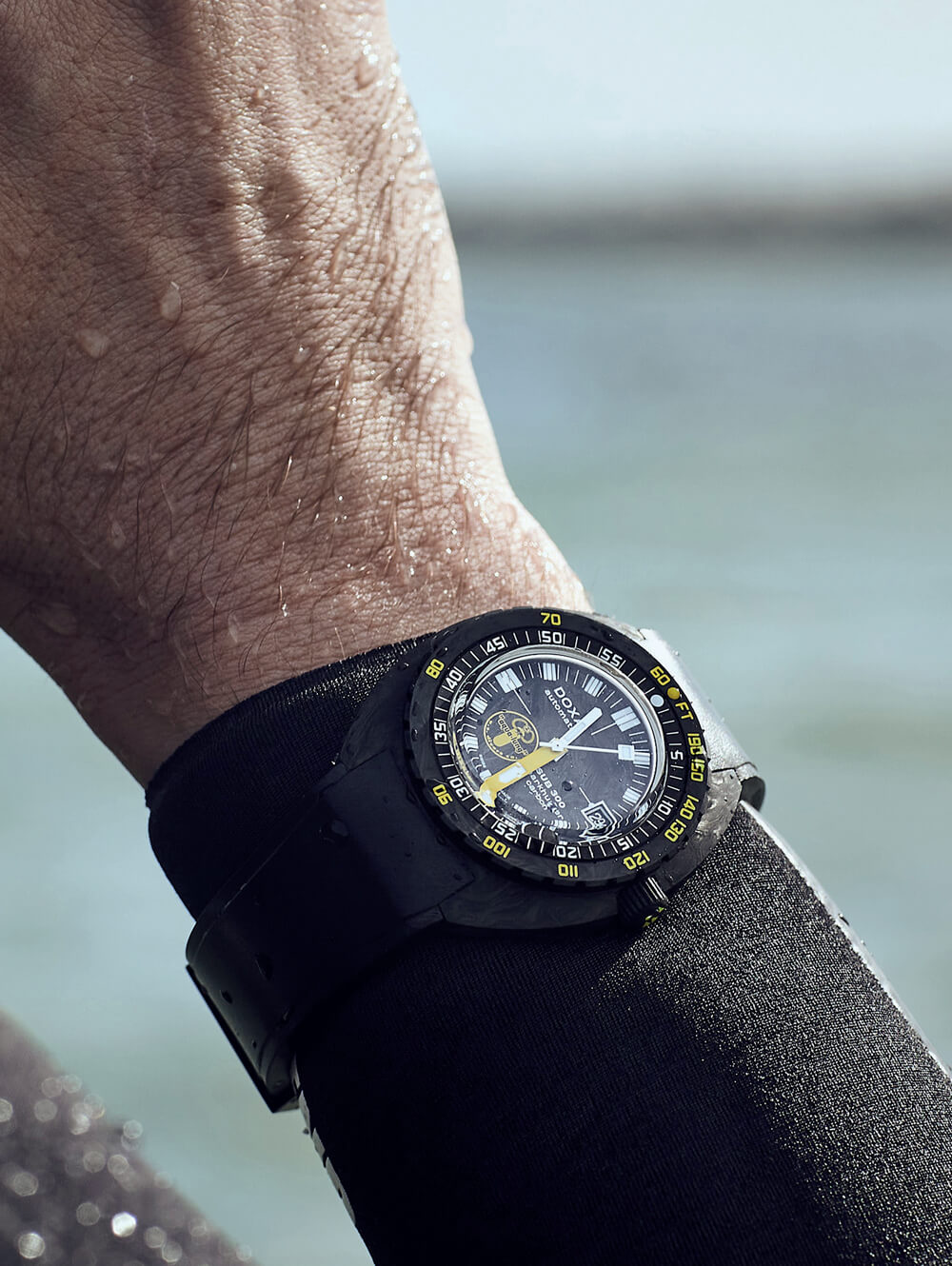 It’s a tricky balance, that need to find a new audience without losing your roots. It’s also one that Doxa has struck admirably with our cover star this issue, the Sub 300 Carbon Aqua Lung. Not only is it an incredibly cool, technical-looking diver with a specs sheet to match, it’s been built in association with one of the most important names in diving.

The watch speaks for itself but the relationship between the brands is just as interesting. Why those two? Sure, they were both favoured by the legend that is Cousteau, but that’s pretty loose as these things go. The man got around. Well, in a very real way, it’s a matter of colour.

Doxa is defined in a very real way by colour. Where most diving watches stick to the same scheme of black, white and the occasional avant garde flash of dark blue (oo-er), Doxa is synonymous with bright orange. You see an orange dial, you think Doxa. End of. It’s a great, modern look and one that’s attracted plenty of fans recently. But there’s a deeper (pun completely intended) purpose to Doxa’s love of colour, one that serves a strictly practical purpose.

Today Doxa’s colour palette takes in aquamarine, sunflower yellow and silver along with its flagship orange livery and, for me, is one of its greatest appeals. It perhaps shouldn’t be – they are professional instruments after all – but as I don’t actually dive (deep water is a recurring nightmare of mine) – I’m all about the aesthetics. Which, incidentally, is great news for Doxa.

Back in 1967, when Doxa was looking at ways to innovate its already successful divers, its team decided to see what they could do visually. So, they painted up a few watches and sank them in their local dive spot in Lake Neuchatel – which, as Jan puts it, “Is not the Maldives, believe me!” The colour that showed up the best? Orange, of course.

The thing is, this is precisely what Aqua Lung did, too. In the same manner, the equipment maker realised that bright colours work and ended up offering a wide range of hues that mirrored almost exactly what Doxa did. Innovation breeds creativity, after all.

“We’ve always had great fans in the diving community,” explains Jan. “We’ve had great relationships there. But as we grow, we want to offer something to the desk divers, the guys that just want a cool-looking, affordable, sporty watch.” 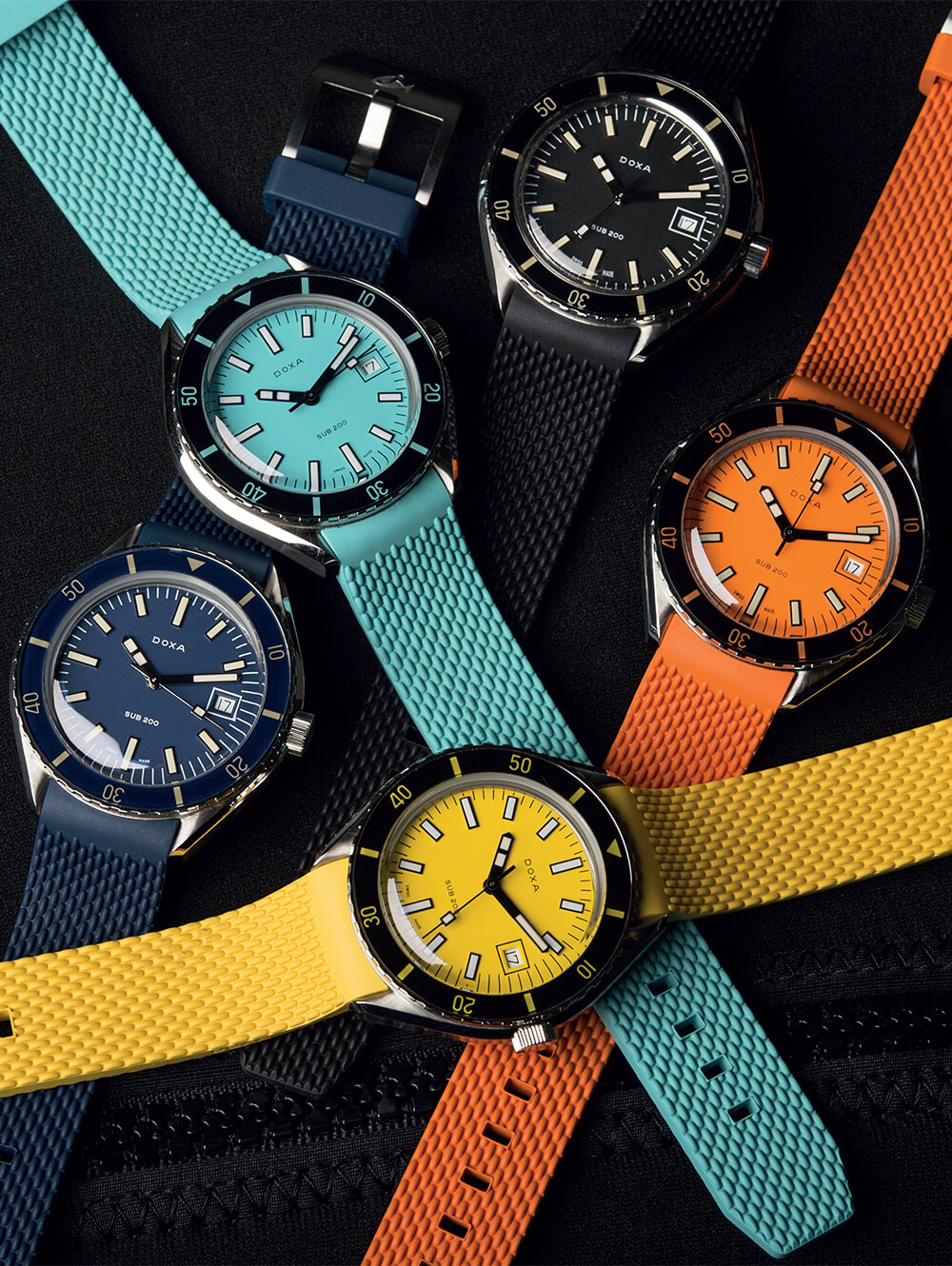 There are a number of brands doing just that right now, ranging from the vast number of retro-diver start-ups to a handful of heritage brands releasing reams of archival revival pieces. Many of these are strictly for the aesthetics; some have the functionality to be called true instruments. But that approach isn’t good enough for Jans: “We need to think forward; we can’t just raid our archives and repeat what we’ve done in the past. If you make limited edition after limited edition, you’ll be seen as a museum watchmaker. We don’t want that.”

It’s that thinking that has spurred Doxa on to create the aforementioned Sub 300 Carbon Aqua Lung limited edition. Sure, the relationship is built on a shared heritage and the case shape is a classic, but the way in which the watch has been built, with its forged carbon and surprisingly accessible price tag (try finding a case like that for the same money) is distinctly modern. It comes full circle to Doxa’s heritage of innovation, one that began with the first SUB and continues today. From the sound of it though, things are just starting to ramp up.

“We want to push things further than we have ever done,” explains Jan. “To go further with materials and designs. I want people to look back at what we are doing 100 years from now, and see something special.” So far, so good.