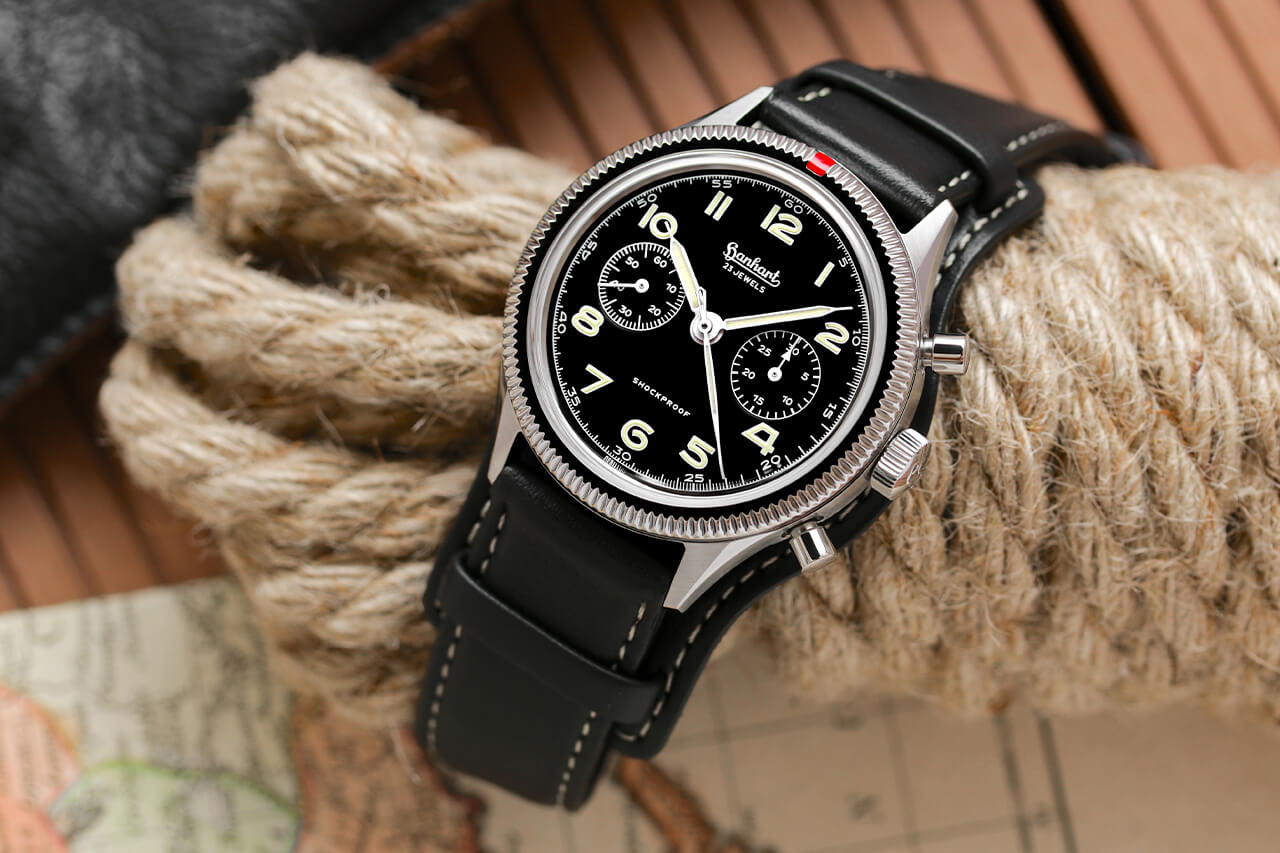 The legendary German chronograph returns, backed by distinctly modern specs there are enough re-issues that, if it weren’t for a couple of decades of incredible horological creativity back in the 60s and 70s, then we’d be genuinely worried about watchmaking archives running dry.

As it is, re-issues are becoming the bread-and-butter of limited edition drops from some of the biggest watchmakers of the moment – which makes it all the more impressive that one of the most exciting comes from under-the-radar heritage German watchmaker Hanhart. 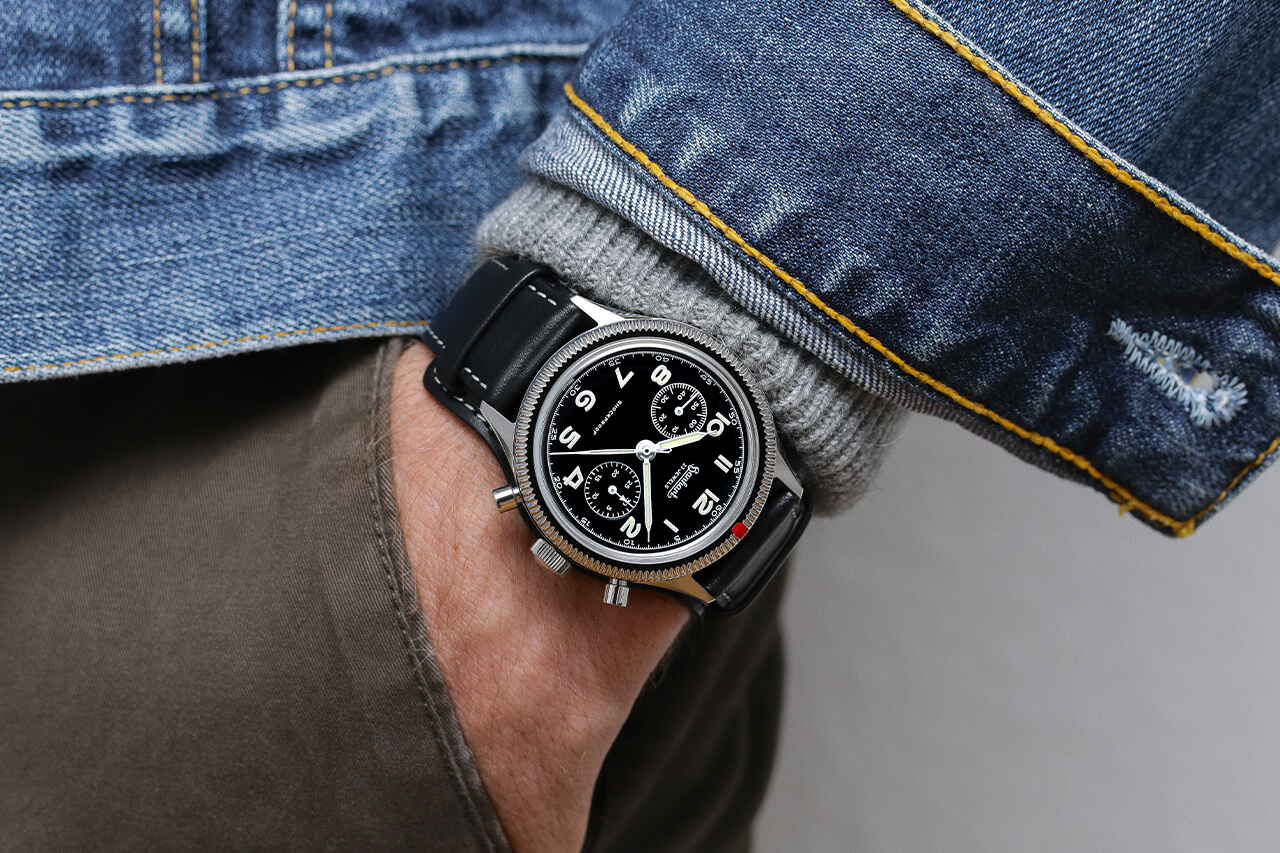 Back in the 1950s, Hanhart was chosen to start building a pilot’s chronographs for the German armed forces based on three criteria: Robustness, reliability and readability. It’s a triumvirate of traits that many a mil-spec watch can identify with, but in this case the result was the cult legend that is the Hanhart 417.

Despite a run of just ten years, the 417 is one of the most sought-after vintage German chronographs, making it ripe for a re-run almost 60 years later in the form of the Hanhart 417 ES. The ES, in case you were wondering, stands for Edelstahl, the German for stainless steel. 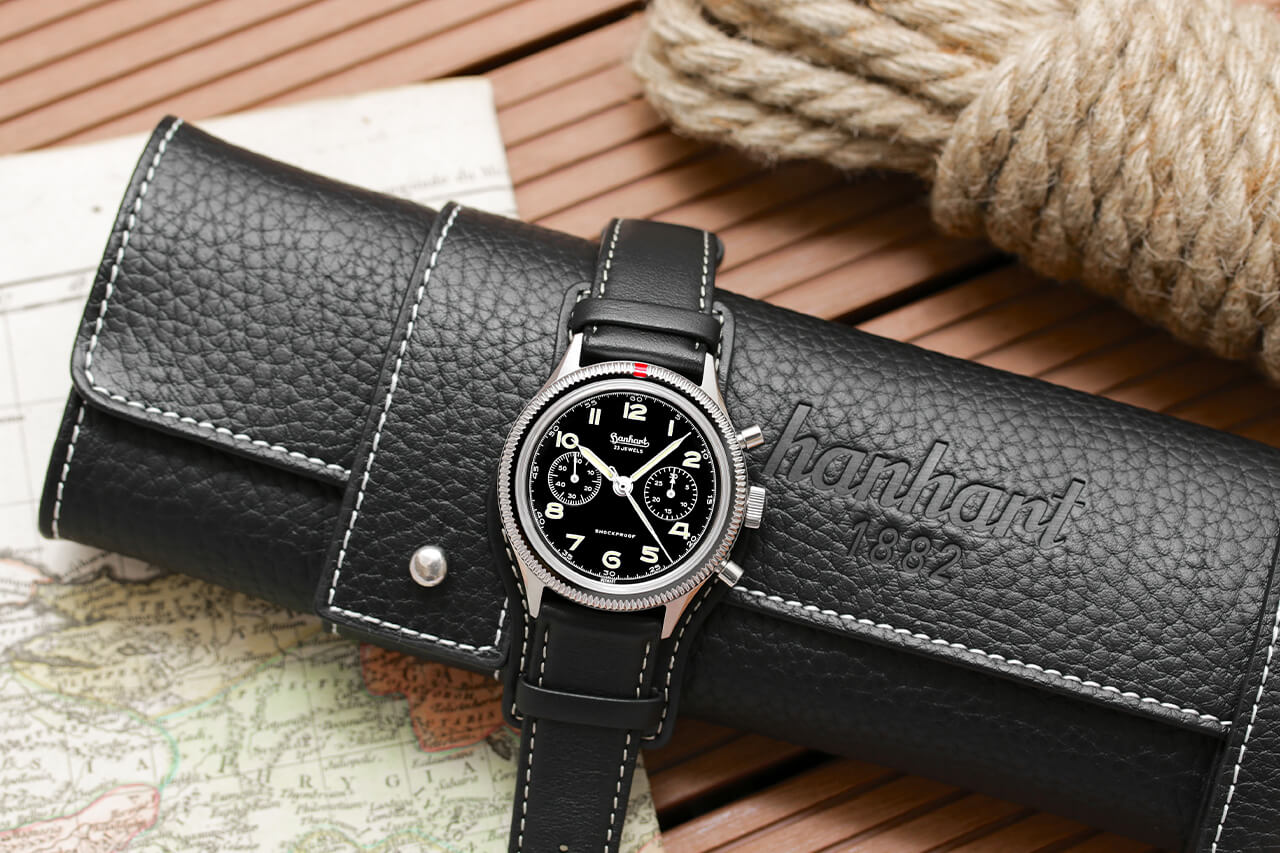 Visually the new chronograph is authentic to its roots. That means sharply drawn and polished lugs, an incredible, smoothly-rotating, bidirectional fluted bezel with its red positional markings and numerals ripped straight from the 1950s original. To hammer home those archival roots, the dial even shows the vintage Hanhart logo, mirrored on the crown. 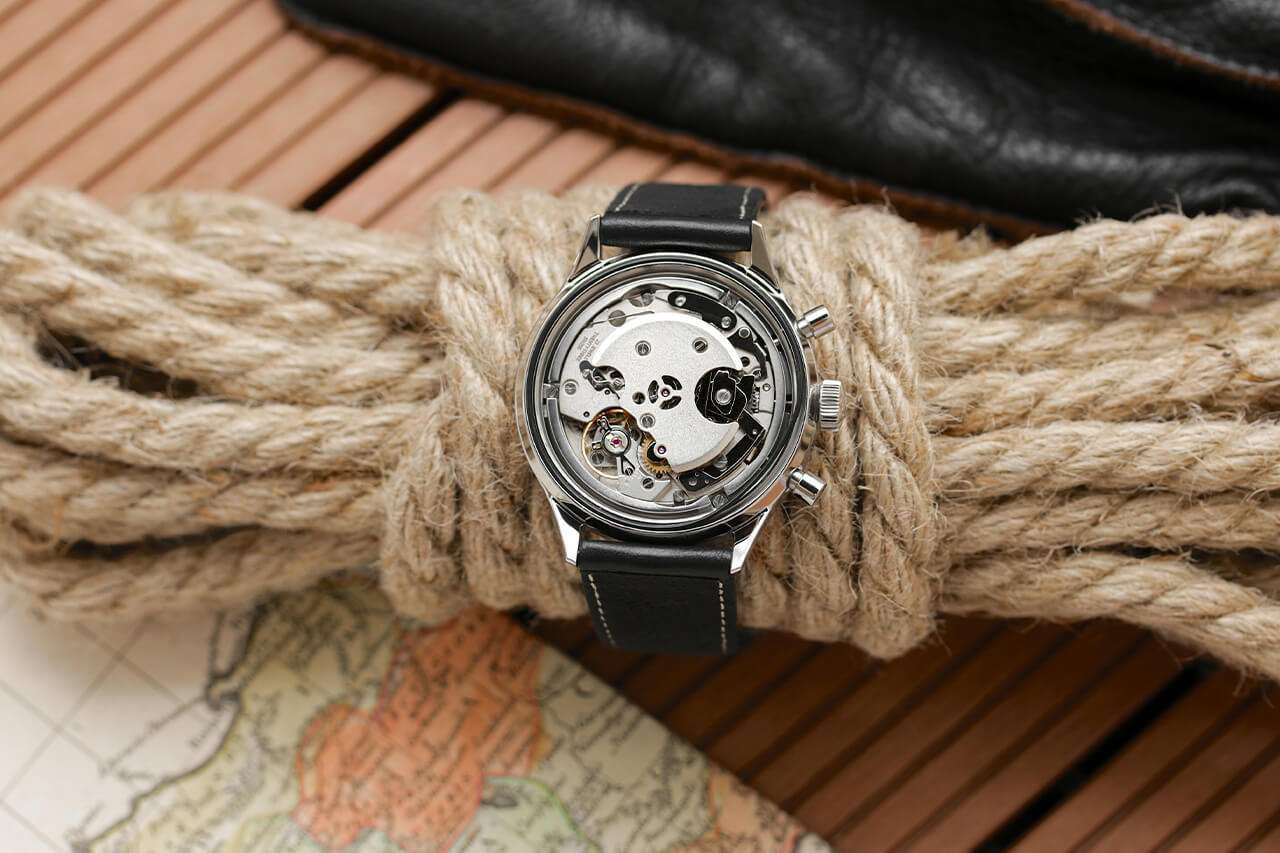 Of course, there are some concessions to the modern state of watchmaking. For one, the 39mm case of the 50s has been upped to a more contemporary 42mm. While it does maintain the same kind of thinness as the original, remarkably elegant for a military watch, I’d have personally liked to see the vintage sizing as an option. Still, the 417’s only just made its return; there’s space for downsizing in the future. 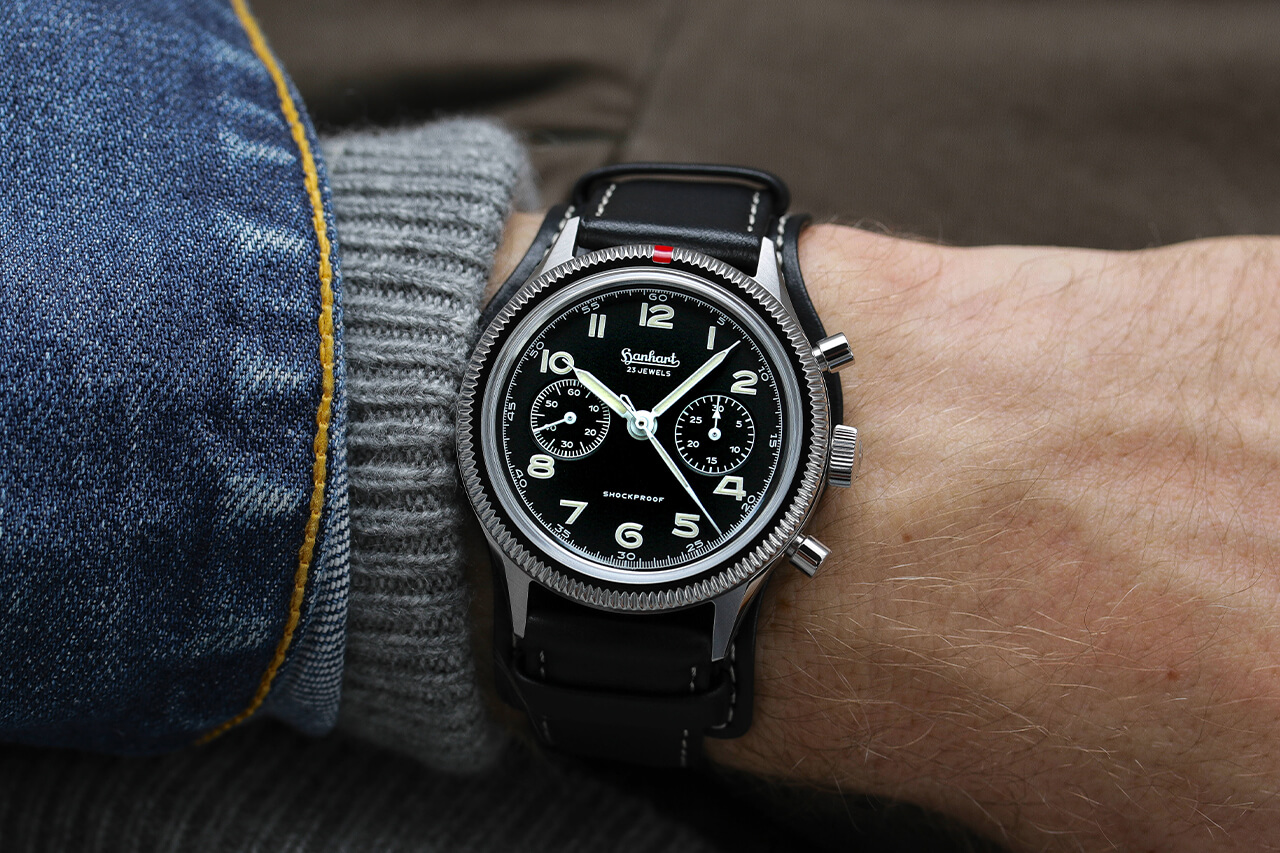 The other nods to modernity are firmly in performance. First, the vintage lume has been replaced with SuperLuminova in a soft cream for a distinct but not eye-watering contrast with the matte black dial. Secondly, the movement is the Sellita SW 510, an ever-reliable and – most importantly – hand-wound calibre. That means a power reserve of 58 hours. The final performance improvement is the depth resistance. While the original was all but aquaphobic, the 417 ES has a solid water resistance of 100m. 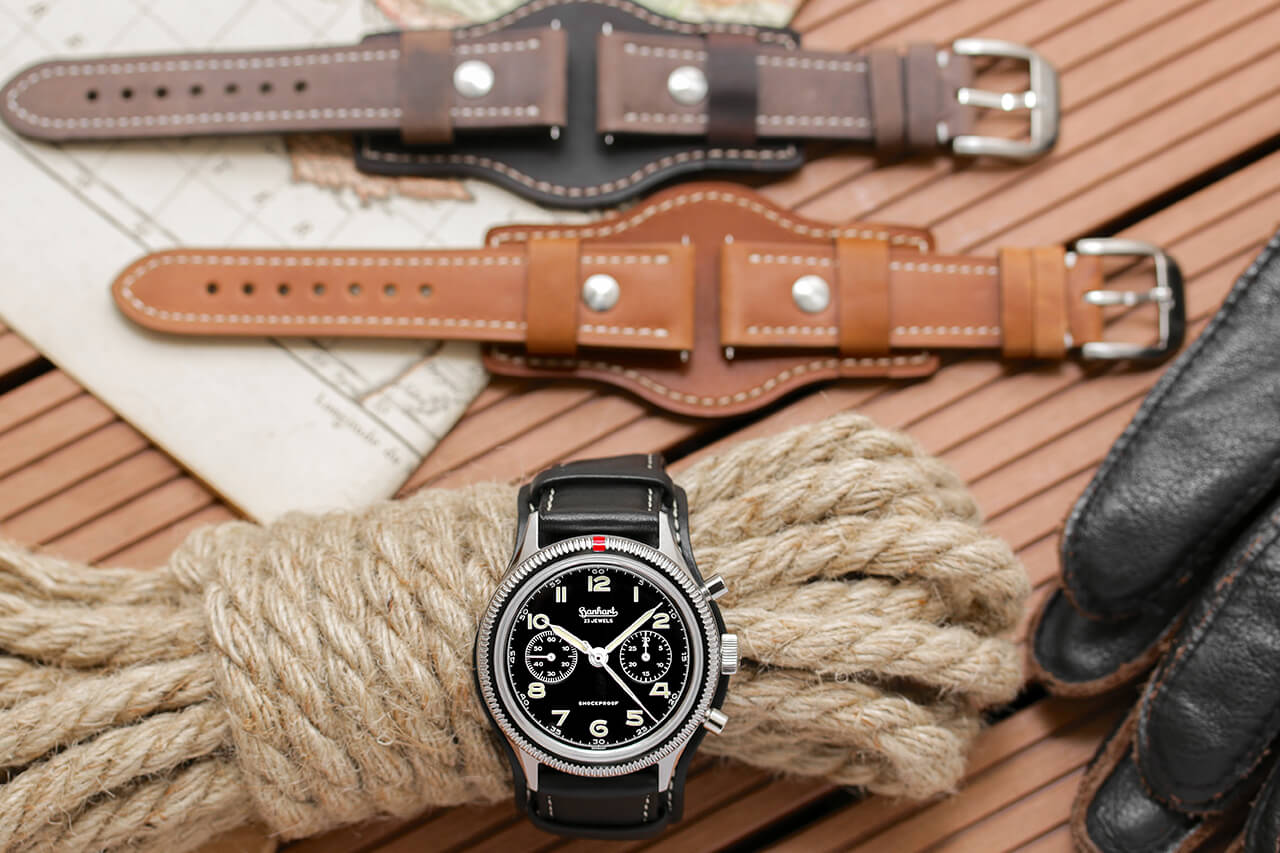 Fitted to a black calfskin leather strap with a comfortable Alcantara backing, the Hanhart 417 ES straddles the best of both worlds. It’s vintage styling is flawless (bar the issue I have with the size, of course) and is paired with a respectable specs sheet.

It’s also eminently affordable, something you don’t often get with re-issues, let alone one of such a sought-after vintage piece. The 417 ES will set you back 1,790 Euros – just over £1,600. That’s not bad at all.