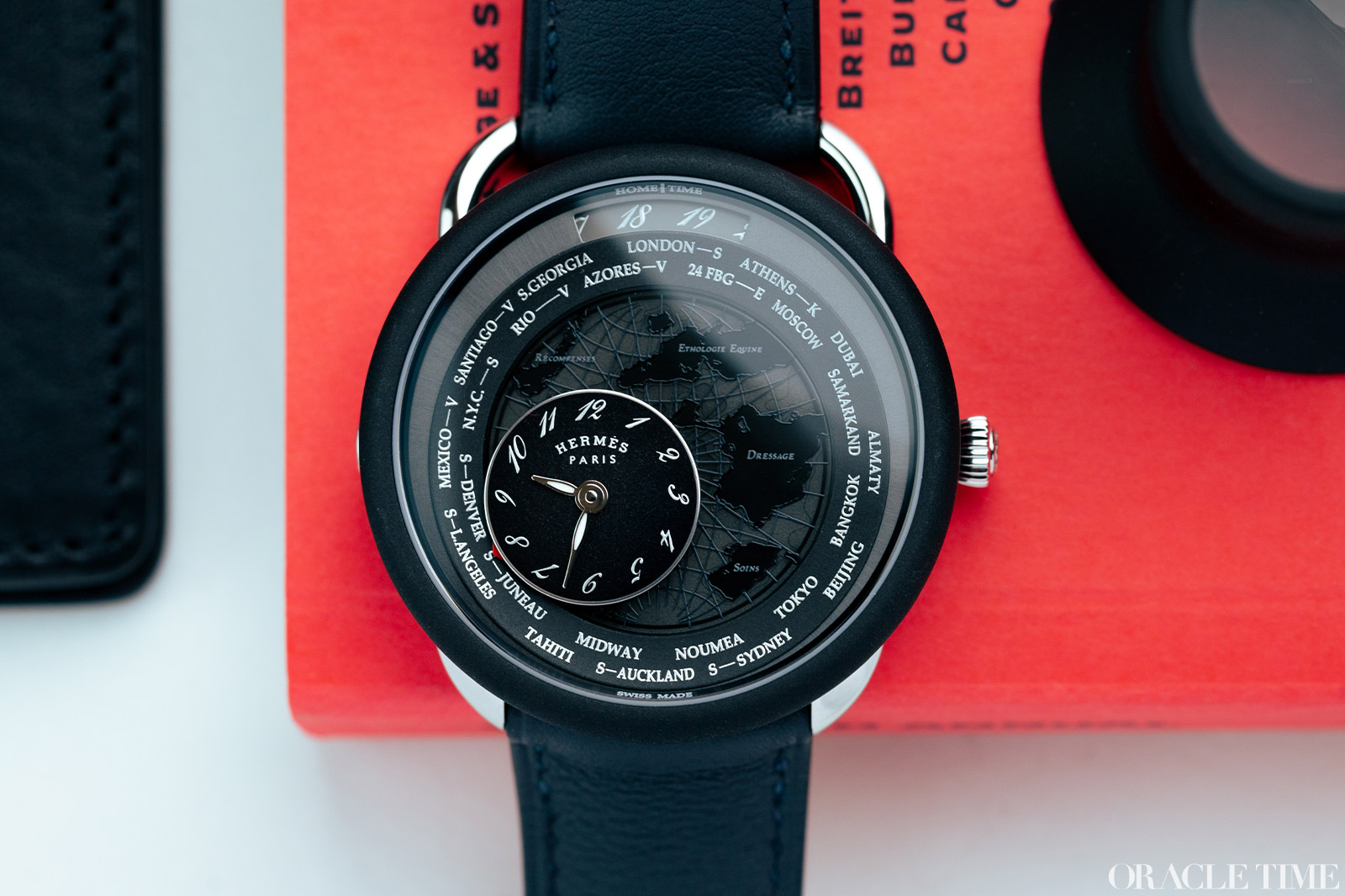 GMTs have always been one of the most popular additions to a time only timepiece, but now that we can actually travel the not-so-humble worldtimer is coming out to play more and more often, too. It’s a turn-up I’m more than happy with; one of my favourite pieces is an old Longines Worldtimer.

They’re still not as common of course; fitting all time zones around the periphery of a watch is a bit more nuanced than a 24-hour scale. What is there tends to follow pretty much the same blueprint, often with a rotating inner bezel, sometimes with a hemispherical facsimile (north or south), both of which are far too prosaic for the likes of Hermés. 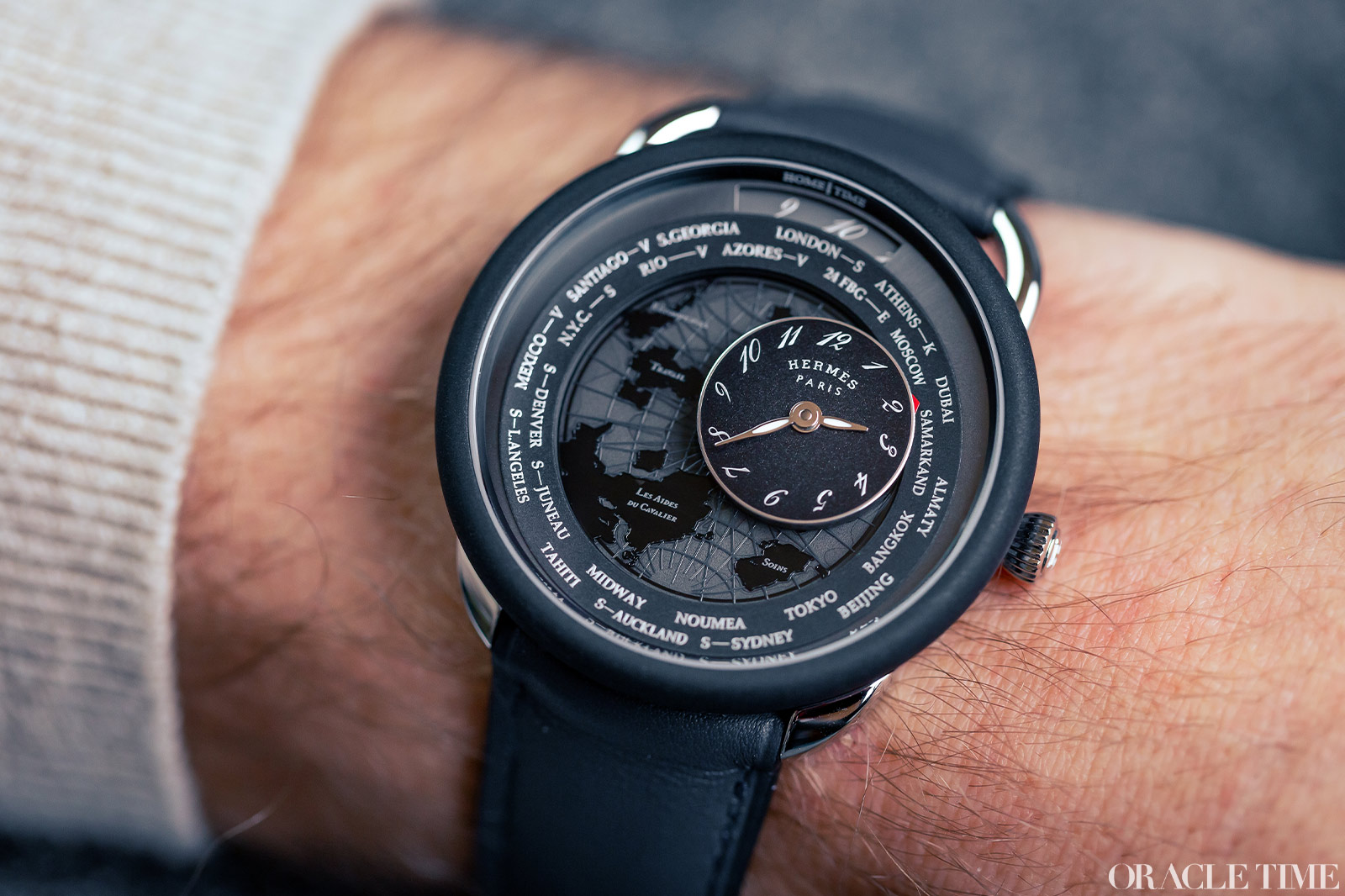 Back in 2019, before they toned things down a bit with the phenomenally cool H08, the highlight of Hermes’ watchmaking world was the Arceau de la Lune. Rather than your traditional moonphase, it used two dials that rotated around the periphery of the watch, covering the twin moon indicators to represent both North and South hemispheres at once.

It was certainly novel and made for one of the most impressive launches of the last SIHH back in 2019. It’s still one of the coolest moonphases around and, to ensure that lightning strikes twice, Hermes have used it as the inspiration behind their equally novel take on the worldtimer. 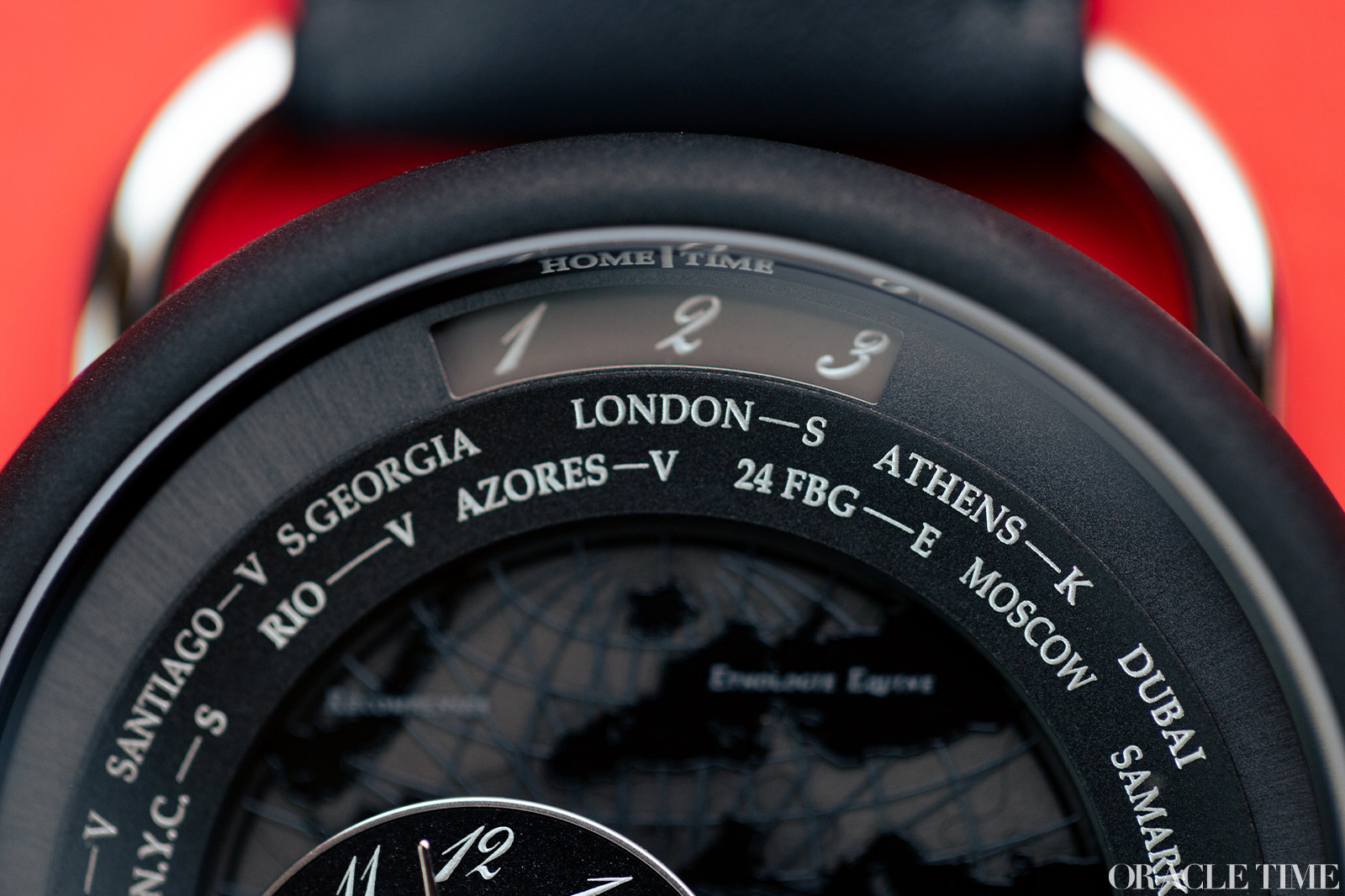 Let’s not beat around the bush. The Arceau de Temps Voyageur is the coolest worldtimer we’re going to see this year. Maybe for a few years yet. In a window at 12 o’clock you have home time, in Hermes’ usual flowing script. It’s simple, easy to read and makes good use of the space – which is a necessity to let the rest of the watch do what it does – and as its in a 24-hour format, doesn’t need an accompanying day/night indicator. You’ll know if you’re waking your family up in the early hours. 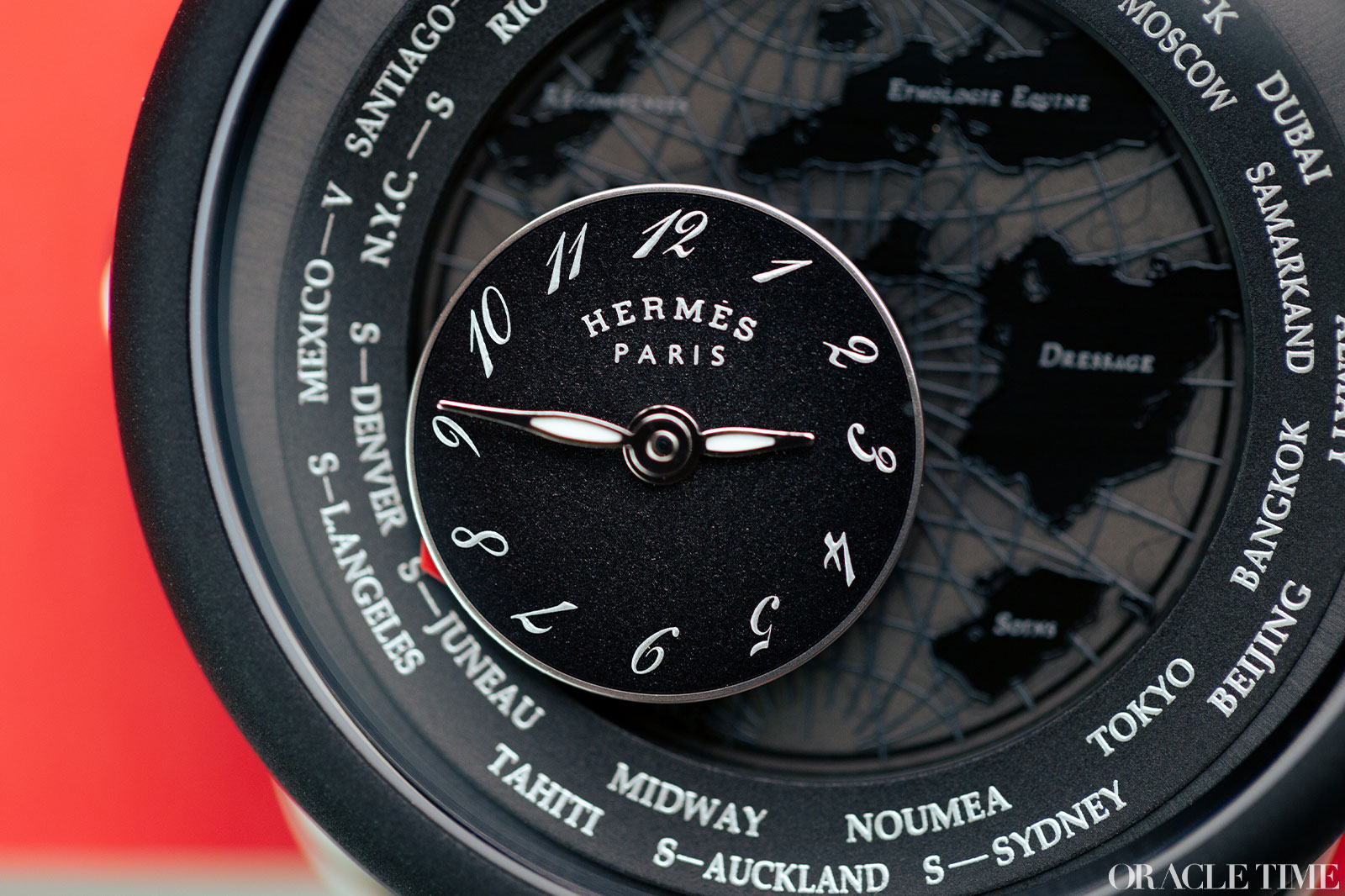 Next you have the worldtimer ring. Nothing too special here, it’s just a static ring – albeit one with the Hermes flagship address of 24 Faubourg Saint Honoré in place of Paris. What’s intriguing is actually how you set it. The floating dial at the centre of the watch isn’t static. Instead, as you move across the globe, it uses the red arrow at its outer edge to indicate the time zone.

Hermes call the complication ‘travelling time’ which is pretty perfect. Wherever you go in the world, the Arceau de Temps Voyageur will look slightly different. You might even begin to associate a touch of asymmetry to your home time.

Below the dial is what at first glance you might assume to be your usual worldtimer hemisphere. I did, until I realised that the continents were nonsensical. Instead, it’s actually a design taken from Jérôme Colliard’s Planisphère d’un monde équestre silk scarf. I’m sure there’s a Hermes lover out there that appreciates that a bit more than me. 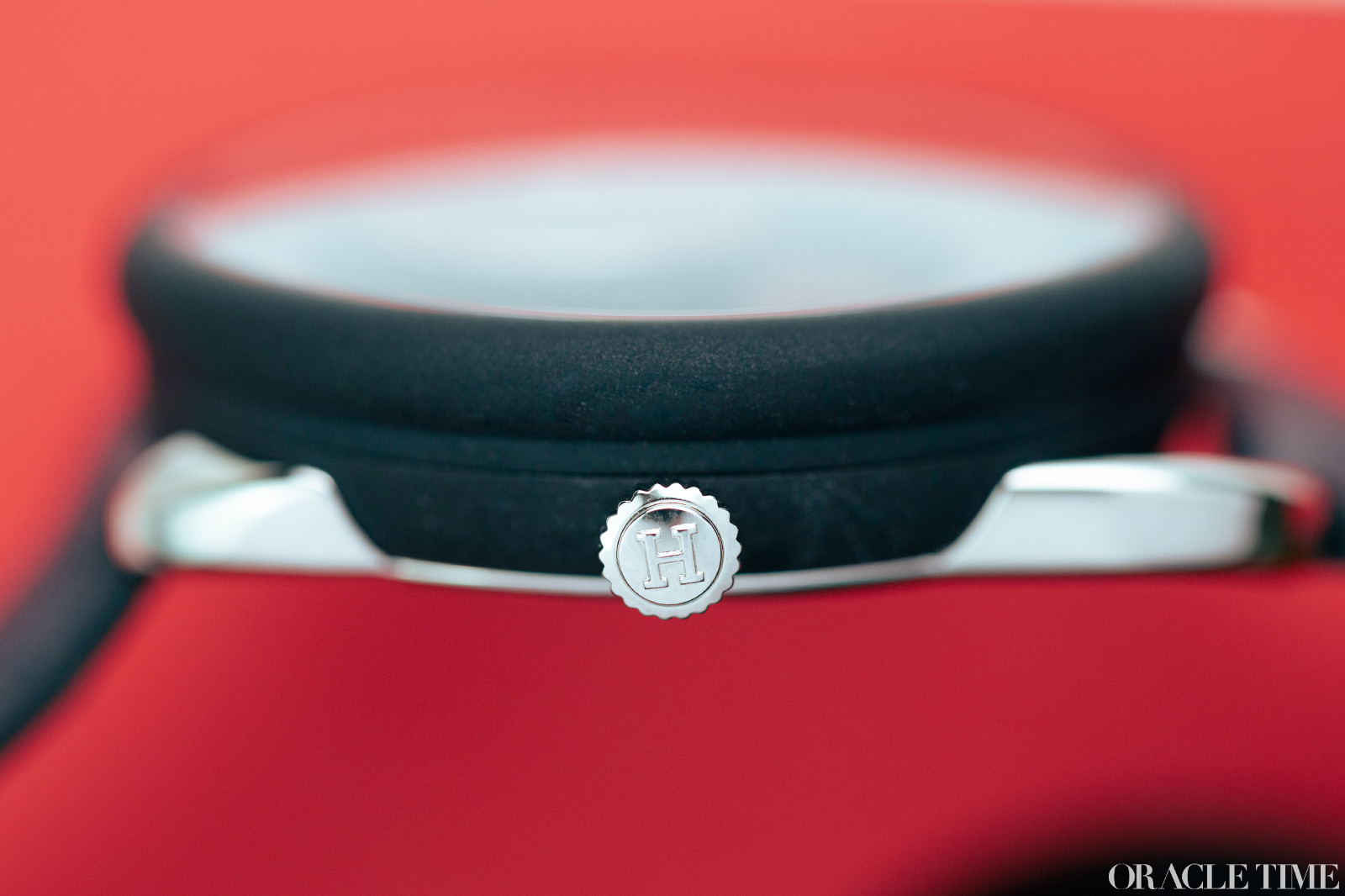 What I do appreciate though is the case. The asymmetrical design was originally created in 1978 by legendary designer Henri d’Origny and, while the prominent lugs at the top of the watch have a vintage quirkiness to them, this version is a good deal more modern with the combination of platinum with a bead-blasted bezel in black DLC titanium.

There’s also a second version in steel, with blue instead of black across the dial, but honestly, it just doesn’t quite appeal to me in quite the same way. Apparently, I have expensive tastes, no matter what my colourful microbrand collection says. 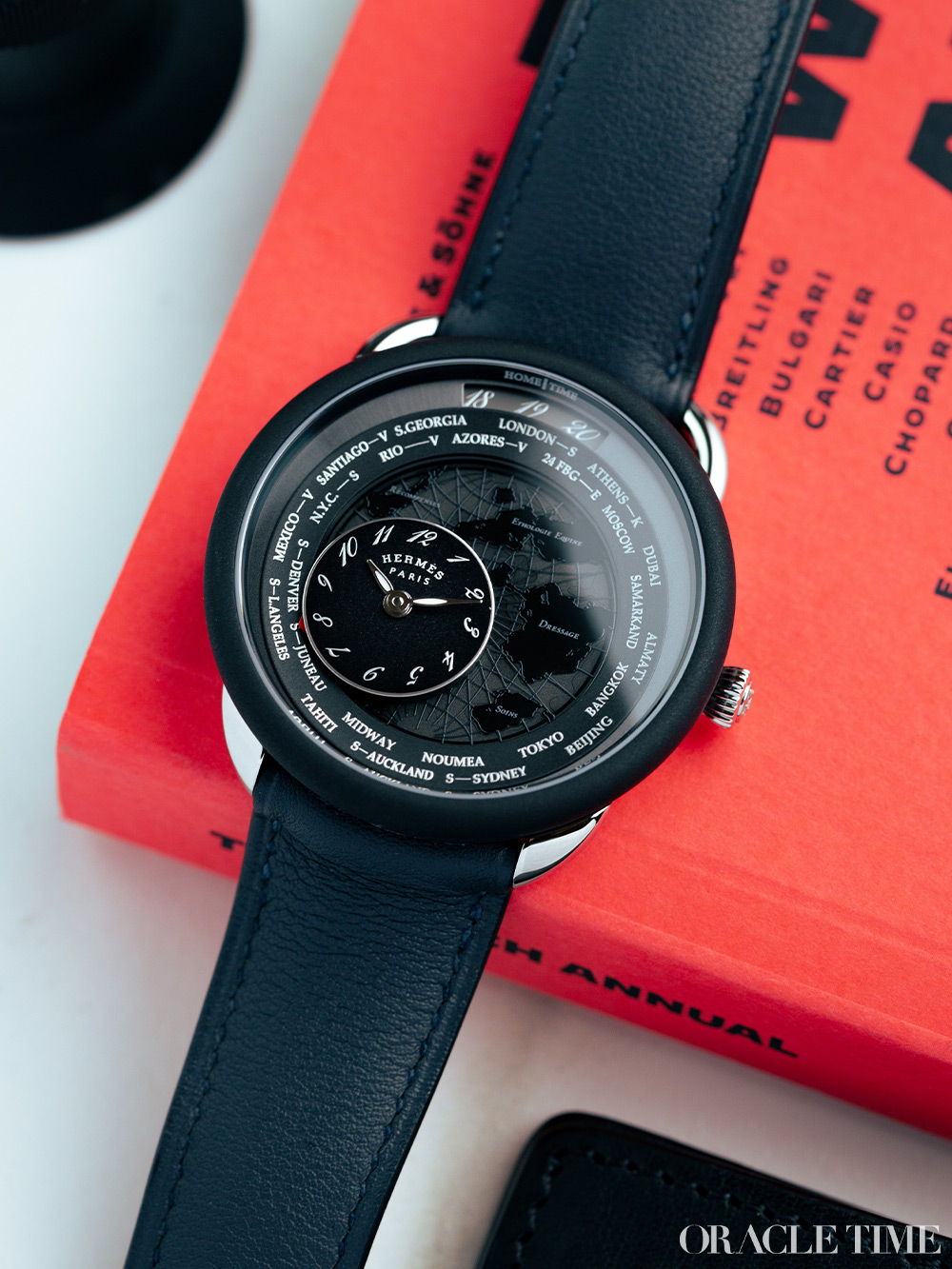 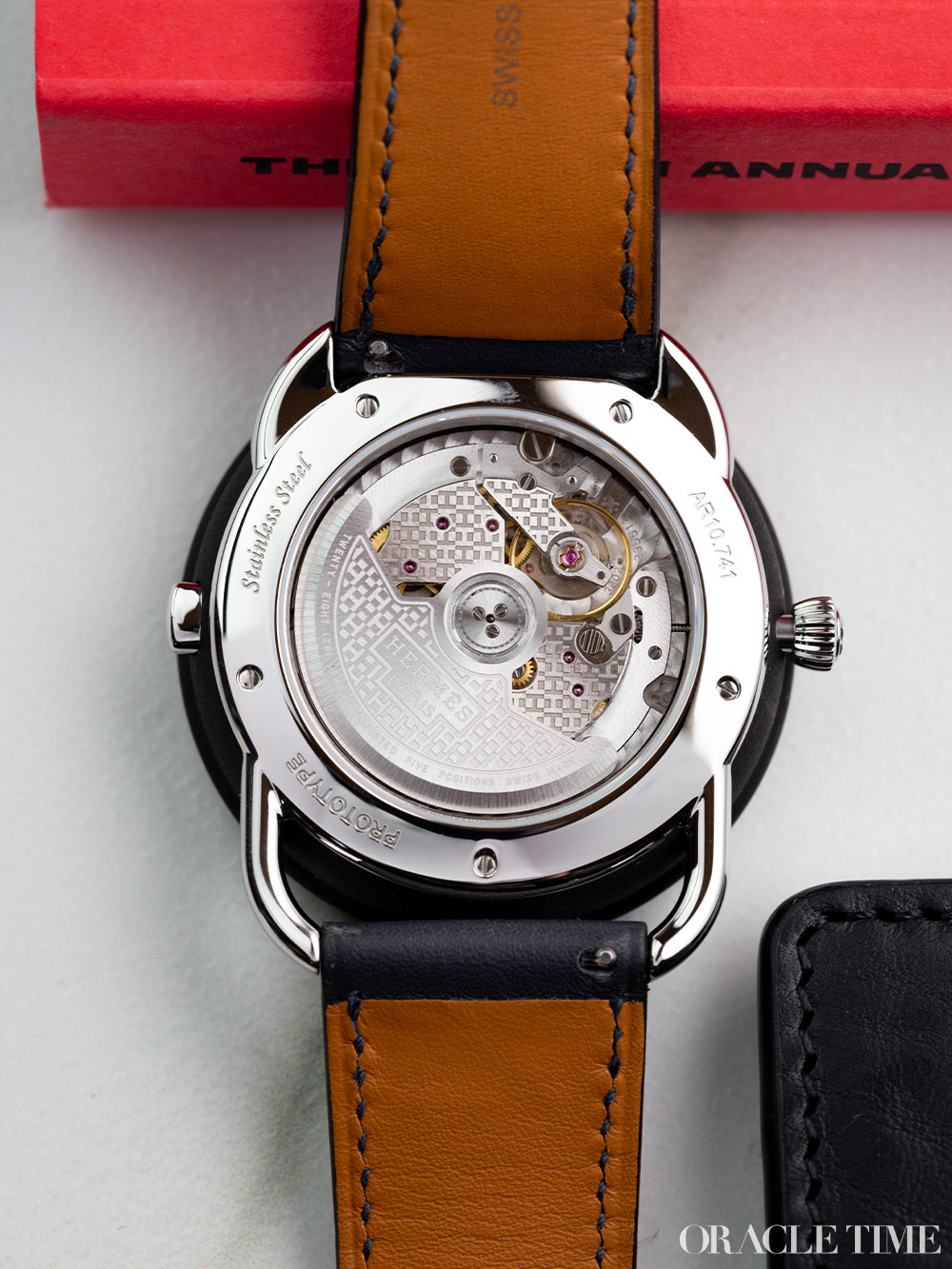 Obviously, this isn’t a cheap watch either way. This version will set you back £22,270. Even for something like this, that’s a lot of money.

Otherwise, it’s hard to find fault with the Arceau de Temps Voyageur. Partly, that’s because there’s not much else like it; it’s partly due to the attention to detail across the board. Even the numerals on the travelling dial are pure Parisian chic, twisting around with the hands.

Sure, we’re going to see a good number more worldtimers throughout the year, but this is one that’ll still stand out a year from now.