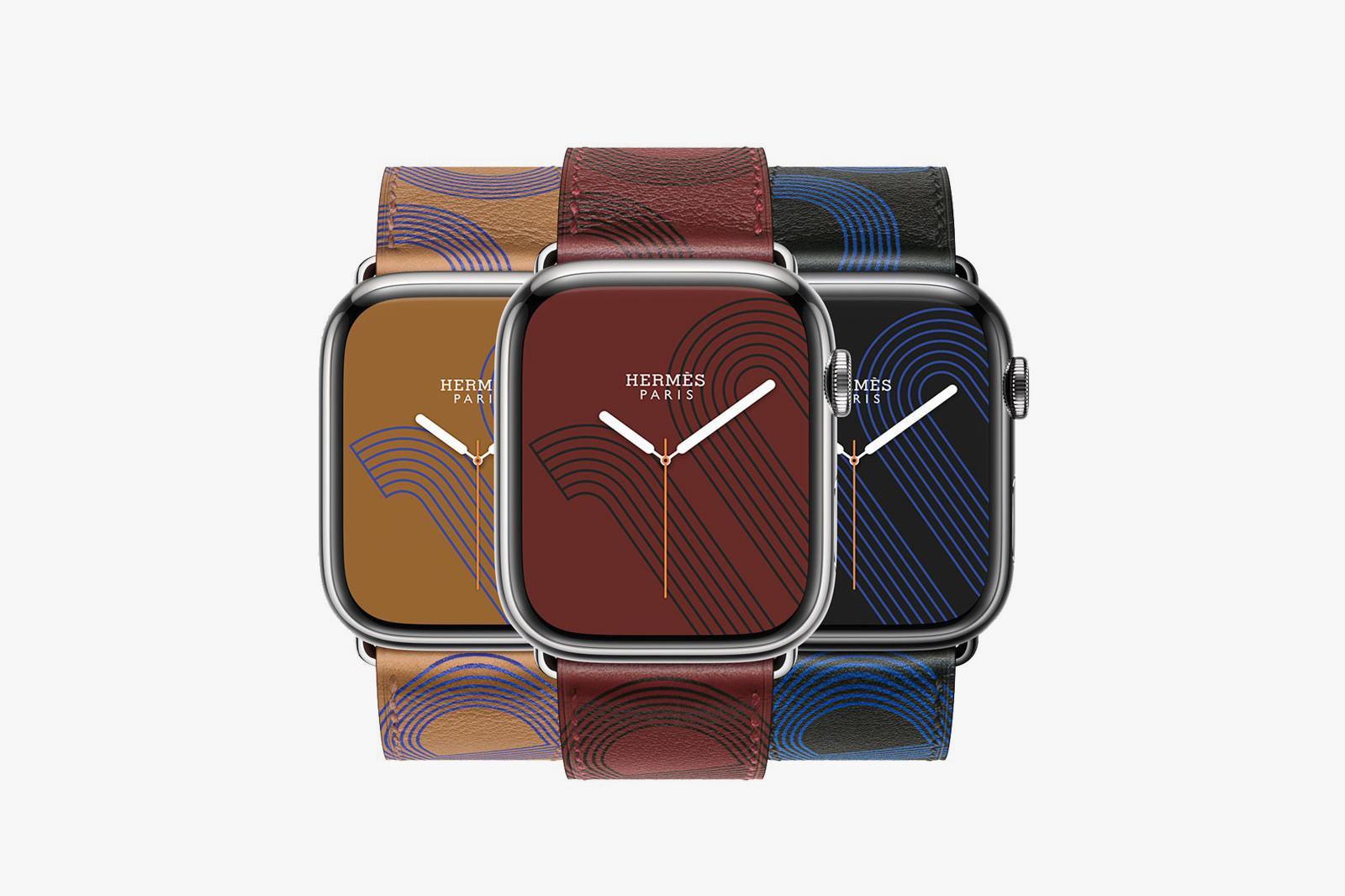 For better or worse, Apple watches aren’t something we pay much attention to here at Oracle Time, they might be popular but they have more in common with phones and tablets than they do horology. The closest we’ve got in recent times is the H. Moser & Cie. Swiss Alp Final Upgrade. However, following the announcement that the latest iteration of the Apple watch, the series 7, will be accompanied by some new bespoke Hermès straps, we had to take a look.

Hermès have been creating luxury straps for Apple Watches for a while now, using popular designs and motifs from their jewellery collections. The two new designs reflect how both brands have created important legacies while still being modern and forward thinking. 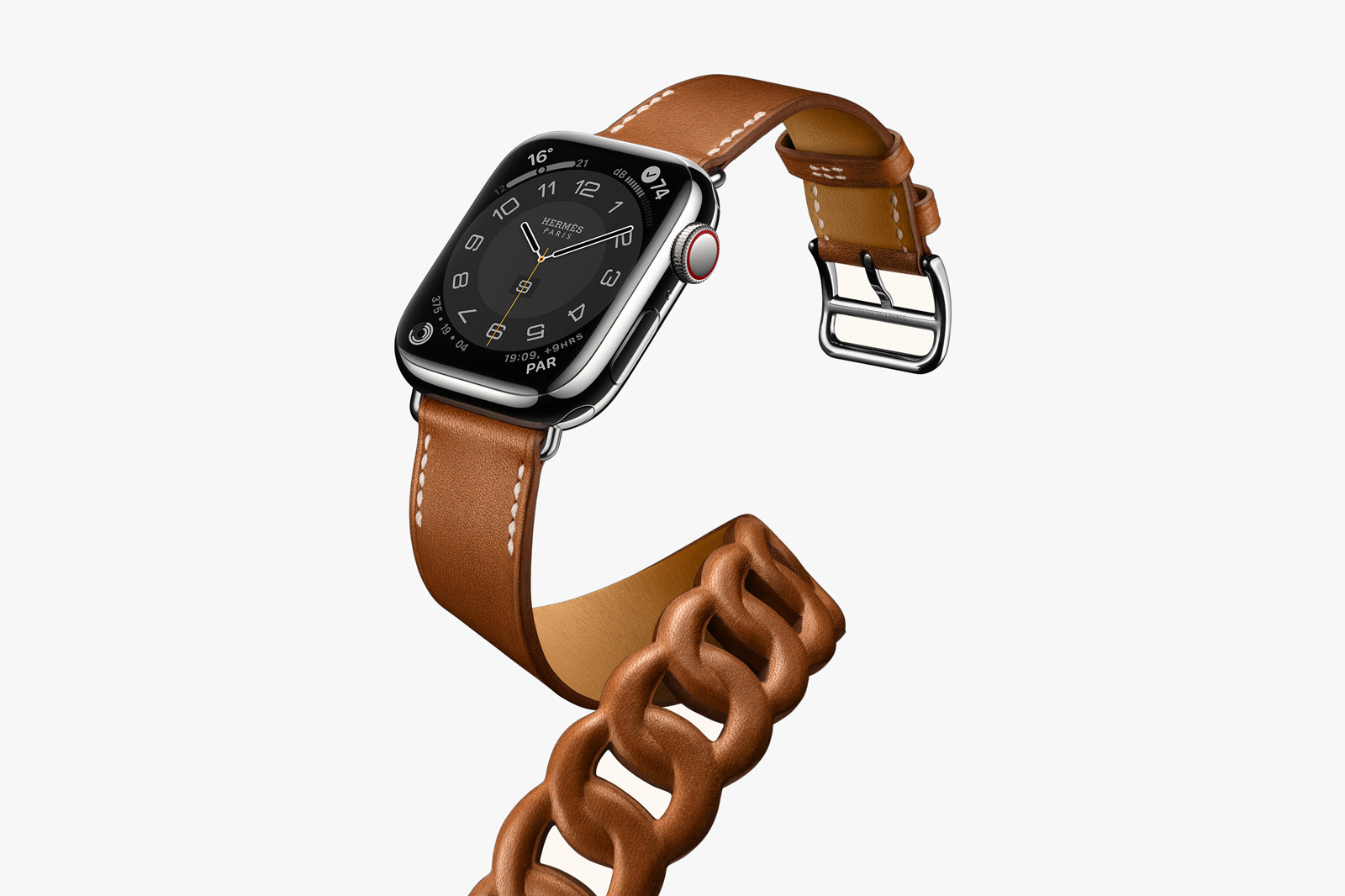 First up is the Circuit H, a single tour strap in a trio of colourways: brown-blue, red-black and black-blue. It has a sweeping chain-like design that represents the chain of an anchor, a signature Hermès piece. The brown and red options feel more in tune with colours that are popular right now but for my money the contrast on the black-blue option makes it pop the best.

Secondly, there’s the Gourmette Double Tour. In case you’re unfamiliar, double or single tour refers to how many times the strap wraps around your wrist before you buckle it. The design of this one calls back to classic dog collars from the 1930s with a woven chain effect made from Fauve Barénia leather. While I would be more likely to wear the Circuit H, the Gourmette Double Tour is arguably the cooler and more unique of the two.

A quick note on the series 7. It’s larger than previous apple watches with 20% more screen space that allows for easier typing on a qwerty keyboard style display. That increase in size coincides with improved durability and an 18 hour battery. It will be available at 41mm or 45mm sizes making it larger than many actual watches and more than ever it’s becoming a phone that you strap to your wrist.

Both the series 7 and Hermès accessories will be launching later this year, available at Apple and Hermès.