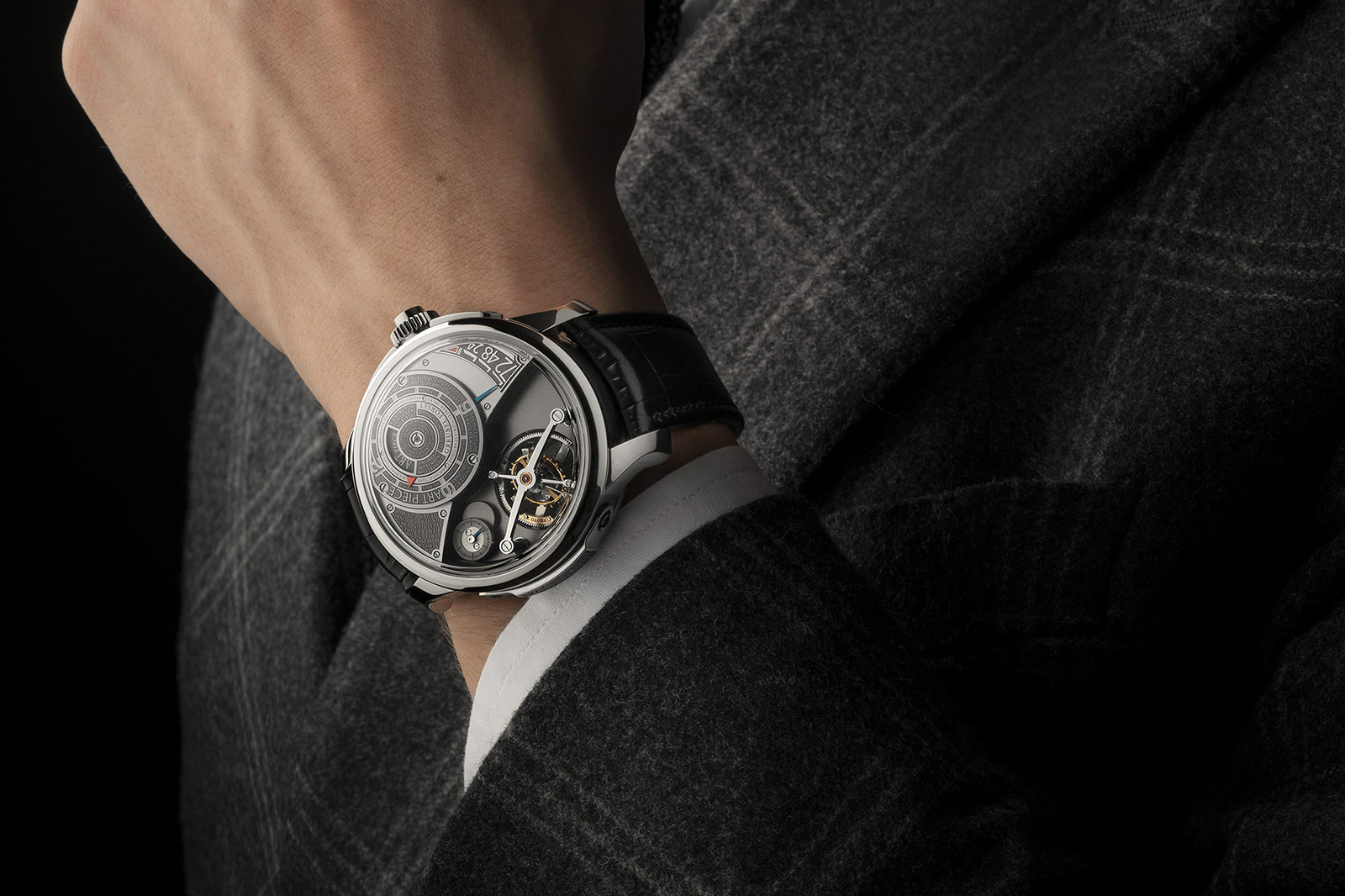 The words understated and Greubel Forsey just seems misplaced within the same sentence, yet this is the impression I am left with, in a suite at the Fairmont Hotel at the Geneva Watch Days. This might have something to do with being bombarded with some of the strongest impressions of the day, in what to me is a brilliant combination of quirky and brash that is Greubel Forsey.

Understated might sound incredulous coming from me, having taken off a slim 38mm Dutch hand wound timepiece before fondling a veritable arsenal of deep dialled masterpieces, including the impossibly comfortable GMT Sport on its futuristic tank track of a bracelet, the bulbously curvaceous case for some reason feeling right at home on my wrist despite its near 16mm thickness. No, the straight comparison to the brash and rather strong presence of the dazzling blue GMT Sport might render even a rather large piece of wristwear a calming presence, but there is so much more to the Greubel Forsey Art Piece. 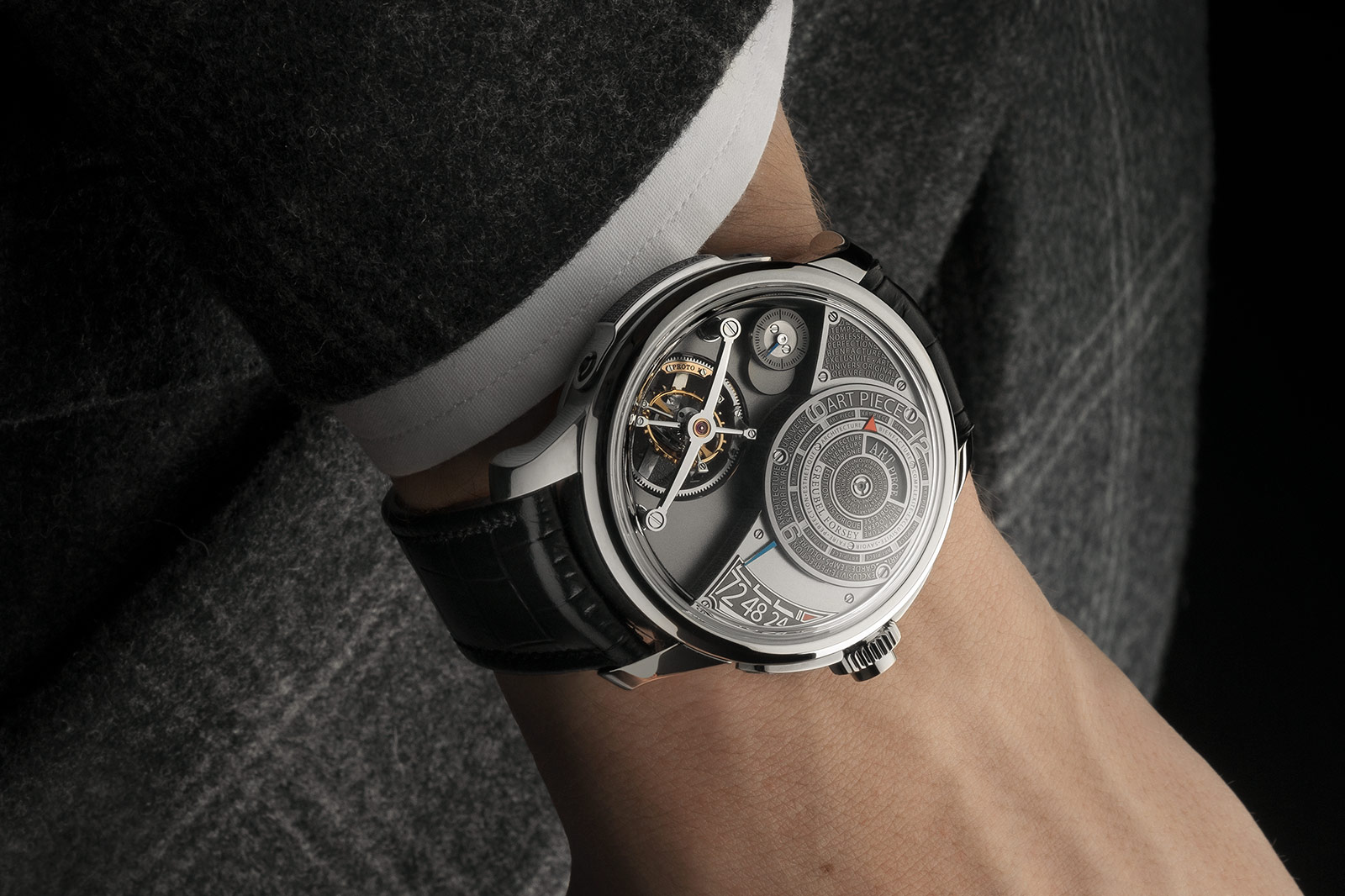 You will not immediately be able to tell the time unless you are an horological genius, but even this is a part of the calming notion of the Art Piece, perhaps time itself is given too much importance in our lives. In that case, only seeing a rather vague indication of the hour via a red pointer on the large upper right enigmatic circle of the dial is simply perfect, just take in the deep level of craftsmanship in what can’t even be called a dial, it is a many-tiered mechanical theatre. Unlike the 2019 Art Piece with its dazzling blue lower dial backplate, the tonality of this watch in its delicate tones of grey and silver is what calms the eye.

The minutes are shown by a pusher on the crown, which opens an aperture with the text ART Piece, while the seconds are relegated to a tiny register at 10 o’clock in what is a serious level difference between upper and lower dial. The cliff face of a step down to the soothing grey framing the dynamic sweep of a tourbillon bridge, is itself engraved with the same beguiling Greubel Forsey-designed typeface as the circular poetic mantras surrounding the upper dial with its notion that mere hours of the day are rather immaterial. Knowing that the Greubel Forsey movement has close to 500 parts you might well feel snubbed at the large 3 quarter grainage-decorated mainplate under the sapphire case back, specially knowing that within rests two mainspring barrels coupled in series 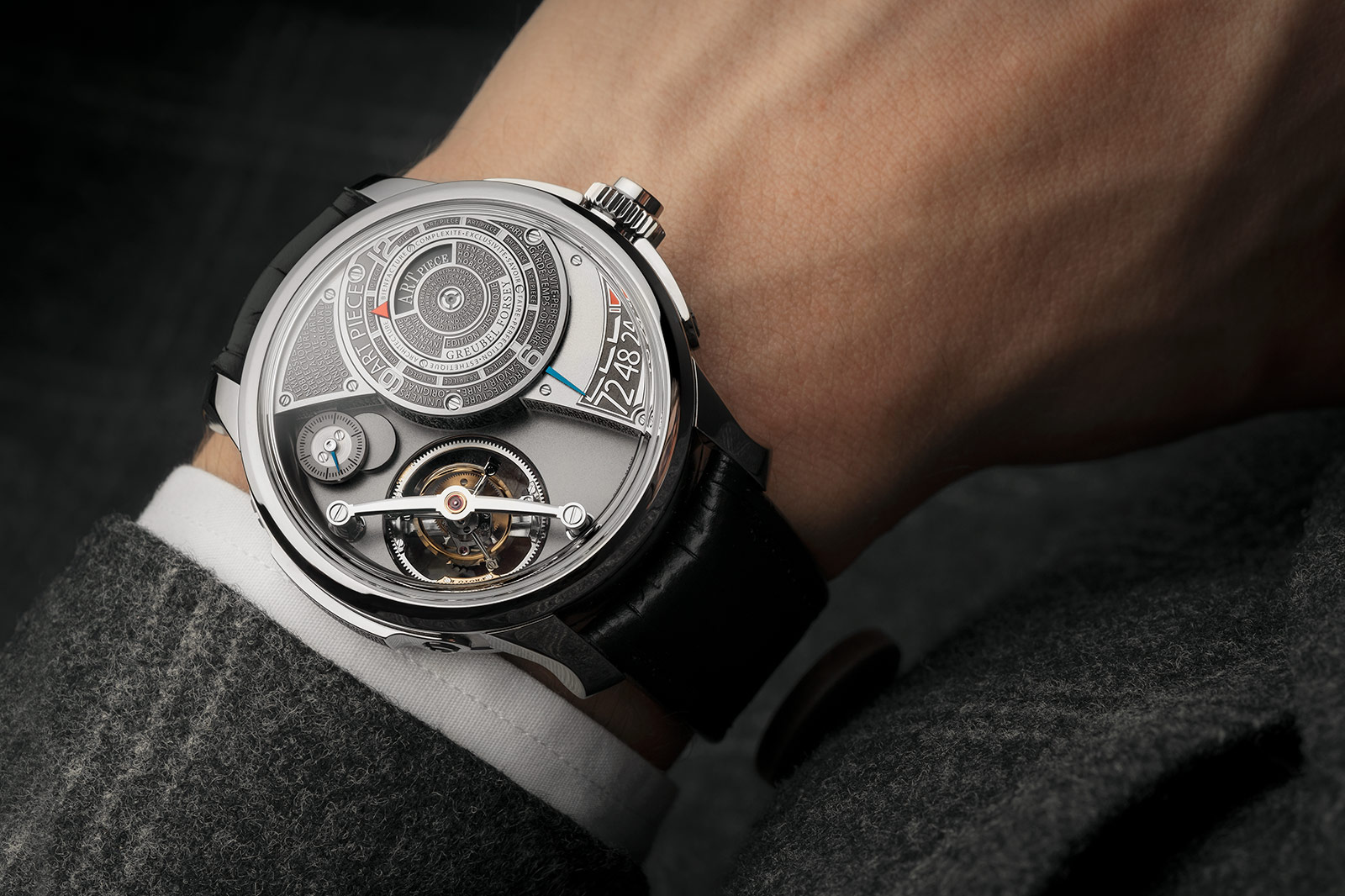 I am asking myself how the bold avant-garde of the Art Piece, with its relief micro-engraving of the poetic philosophy of the company and dramatic split dial levels, can even attempt to install a notion of quiet elegance. Yet here I am poignantly claiming the fact, backed up by the sheer monochrome elegance of the Art Piece. Overly complex yet somehow soothing under its massive domed sapphire crystal, this double axis inclined tourbillon within a 44m case with a 15.95mm height installs sense of Zen in me. It is, like the astounding Hand Made 1, a restrained Greubel Forsey creation, where we are made well aware of the complexities within, yet at the same time made to muse over time itself as a concept.