Greubel Forsey and ‘sport’ don’t at first glance go together particularly well as a concept. On the one hand you have impossibly intricate mechanics and a price tag more than an NFL insurance payout; on the other an activity designed to break watches. So seeing the niche Swiss watchmaker jumping on the Gerald Genta bandwagon was a little out there… at first.

You see, calling the GMT Sport a sports watch isn’t quite right, in the same way that you can’t quite discount other Greubel Forsey timepieces as non-sports watches. Despite the pure haute horology on display, the movements are some of the most stable, shock-resistant and downright resilient around, tourbillon or no.

The difference has always been that they’ve been big, chunky pieces in precious metals and finished to a degree that would make Abraham Louis Breguet nervous. In that light, the Sport is definitely different. 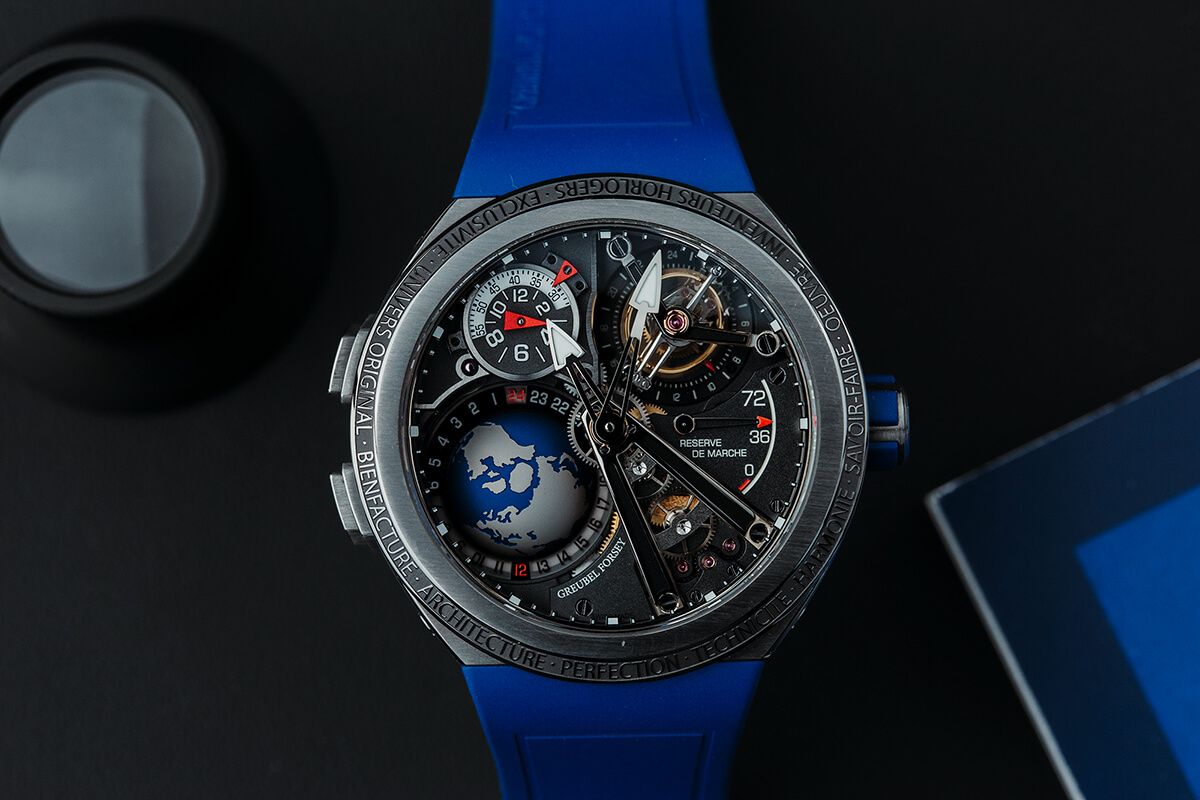 The 45mm titanium case is wonderfully light despite its size and, lacking some of the sharper edges and bulbed crystal that has in the past accommodated the globe on the underside, sits nicely on the wrist. It’s still big, but you can forget you’re wearing it worryingly easily.

Looks-wise though, it’s one to stick in your mind. It’s hard to pin down with static images (you can check our YouTube video on the subject for a clearer picture) but the bezel is built like a Salvador Dali optical illusion. From the side, it’s elliptical, capped by an incredibly curved crystal; from straight on it looks circular. How they made a crystal fit that I have no idea, but it’s a cool aesthetic twist. 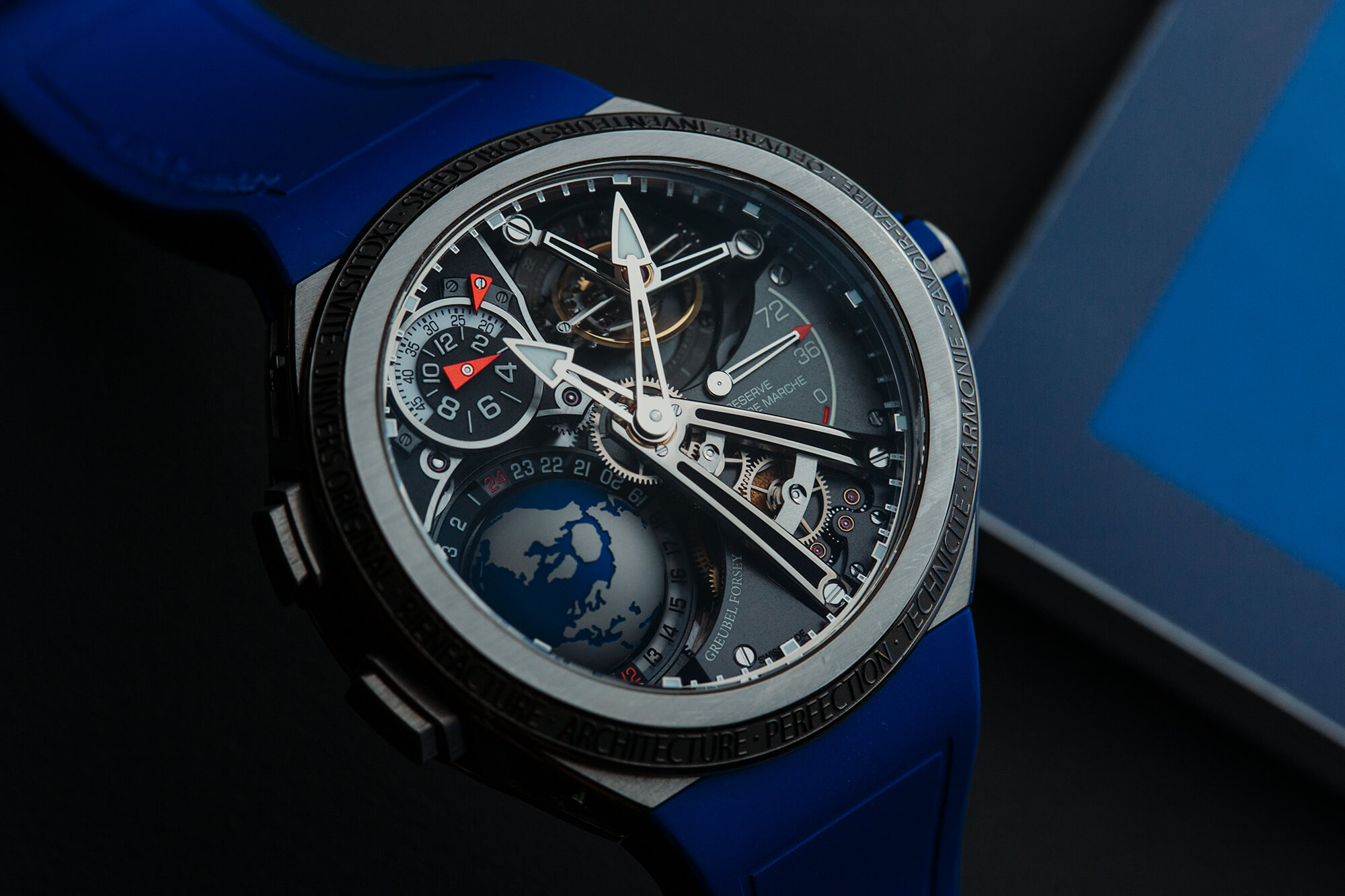 The movement, while a new calibre, is pure Greubel Forsey. The curved central hands are supported by a big bridge, which adds plenty of architecture to the dial side and leaves room for the GMT globe and signature tilted tourbillon, this time at 25 degrees. It’s easy enough to read local time, though I have to admit my global geography isn’t good enough to use the globe as a worldtimer.

You can flip the watch over to show the 24 timezones written out on the back – with daylight savings – but that involves taking the watch off, which is a little annoying. But to be honest ‘a little annoying’ is about as far as this watch went to make me hate it. That and the lettering around the bezel spelling out Greubel Forsey keywords like a watchmaking mantra. 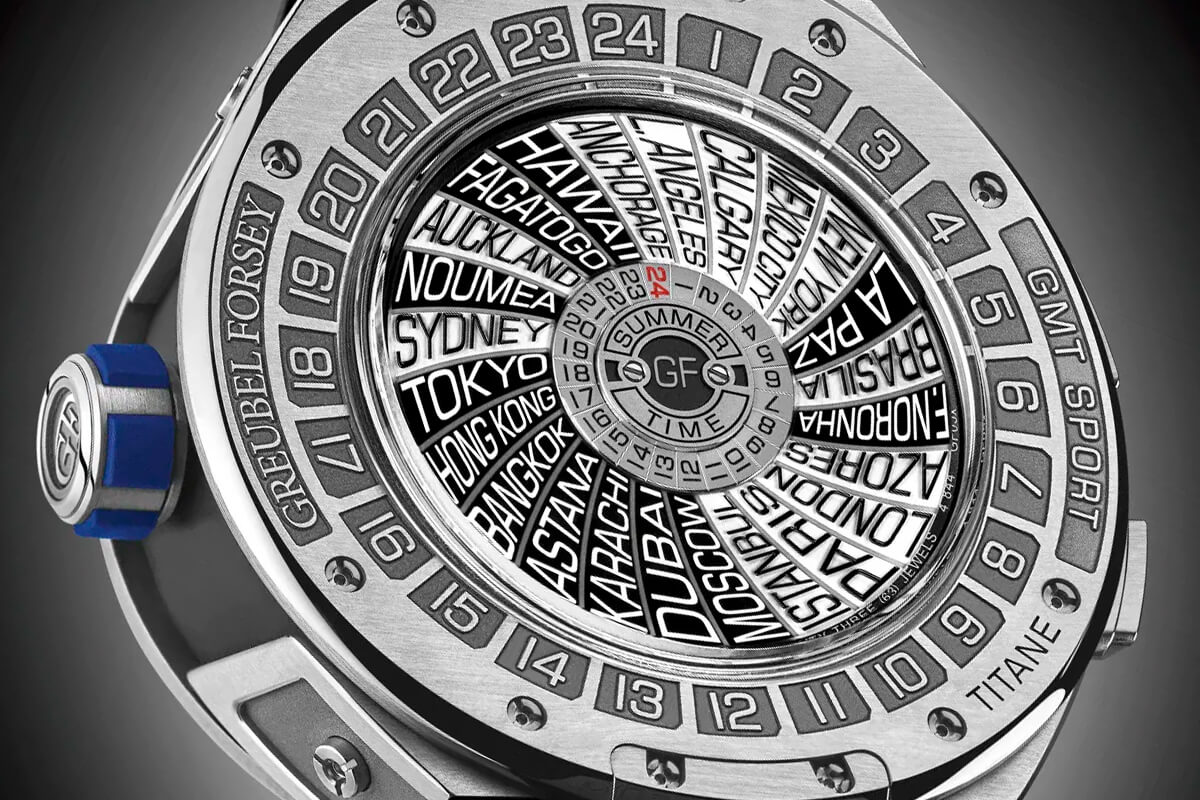 Compared to other sports watches, the GMT Sport isn’t… well, comparable. It’s less Greubel Forsey wanting to get in on all that sweet Gerald Genta action (though the timing of the release suggests otherwise). Instead it’s just about making one of its signature pieces, the GMT Earth, that bit more wearable and – a word I generally associate with the brand as much as sports – practical.

Now they just need to put it on an integrated bracelet; the rubber’s perfectly fine, but come on. It’s all about the bracelets when it comes to sport luxe, even if the Greubel Forsey GMT Sport is in a league of its own.

To see another stunning creation from Greubel Forsey, check out the platinum-cased GMT we reviewed last year.