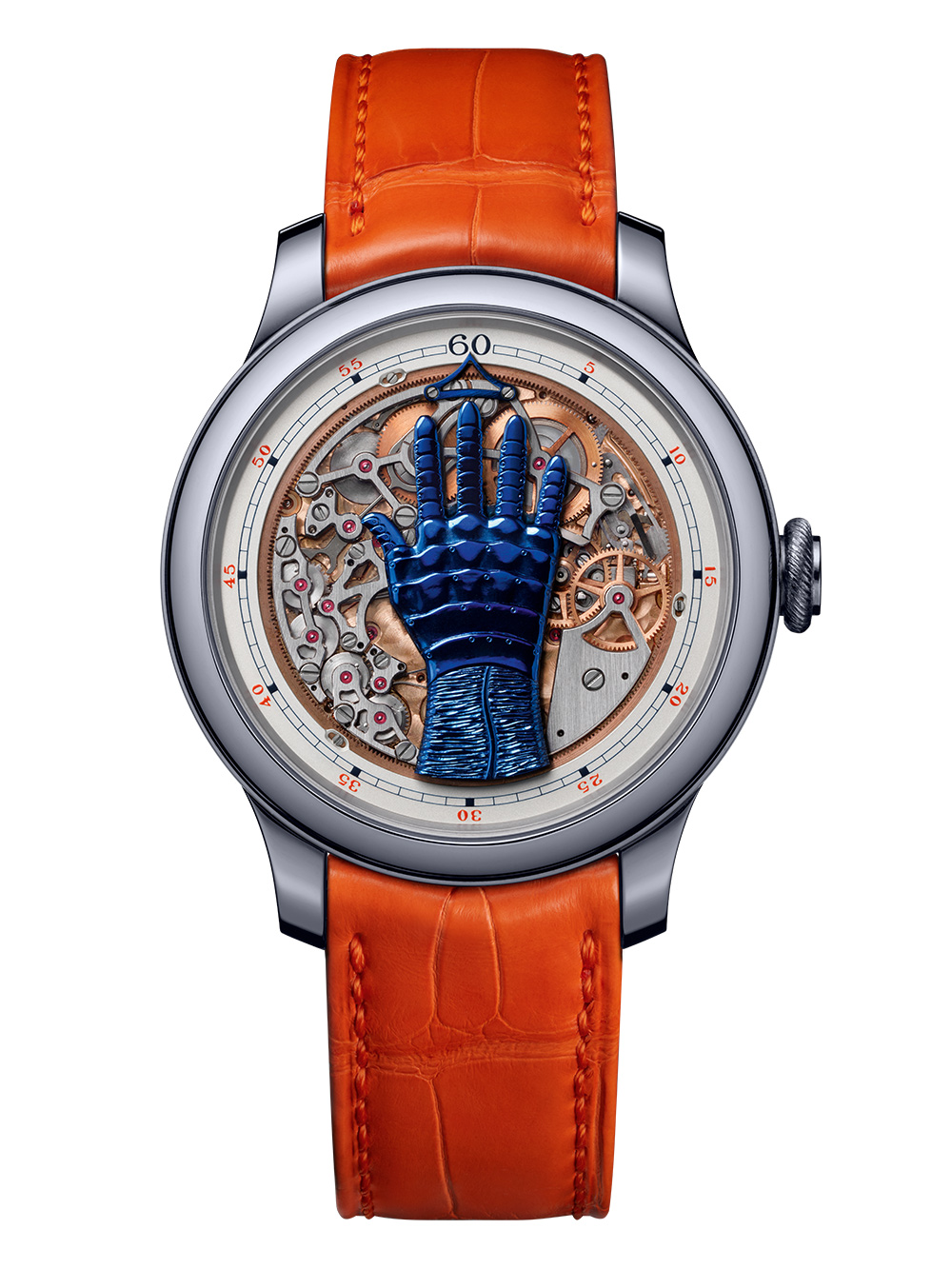 We’ve already taken a peek at the Only Watch contributions from Tudor and Audemars Piguet and so far they’ve both been variations on staple watches from the brands. F.P. Journe on the other hand have been developing this year’s charity auction timepiece for over seven years in collaboration with American film director Francis Ford Coppola, called the FFC in his honour.

The case of the FFC will be familiar to anyone who has followed Only Watch for a number of years because the 42mm diameter tantalum piece was designed specifically to house F.P. Journe’s unique pieces. The rounded, polished shape is classy and simple, perfect for letting the dial stand out, which is the FFC’s party piece. 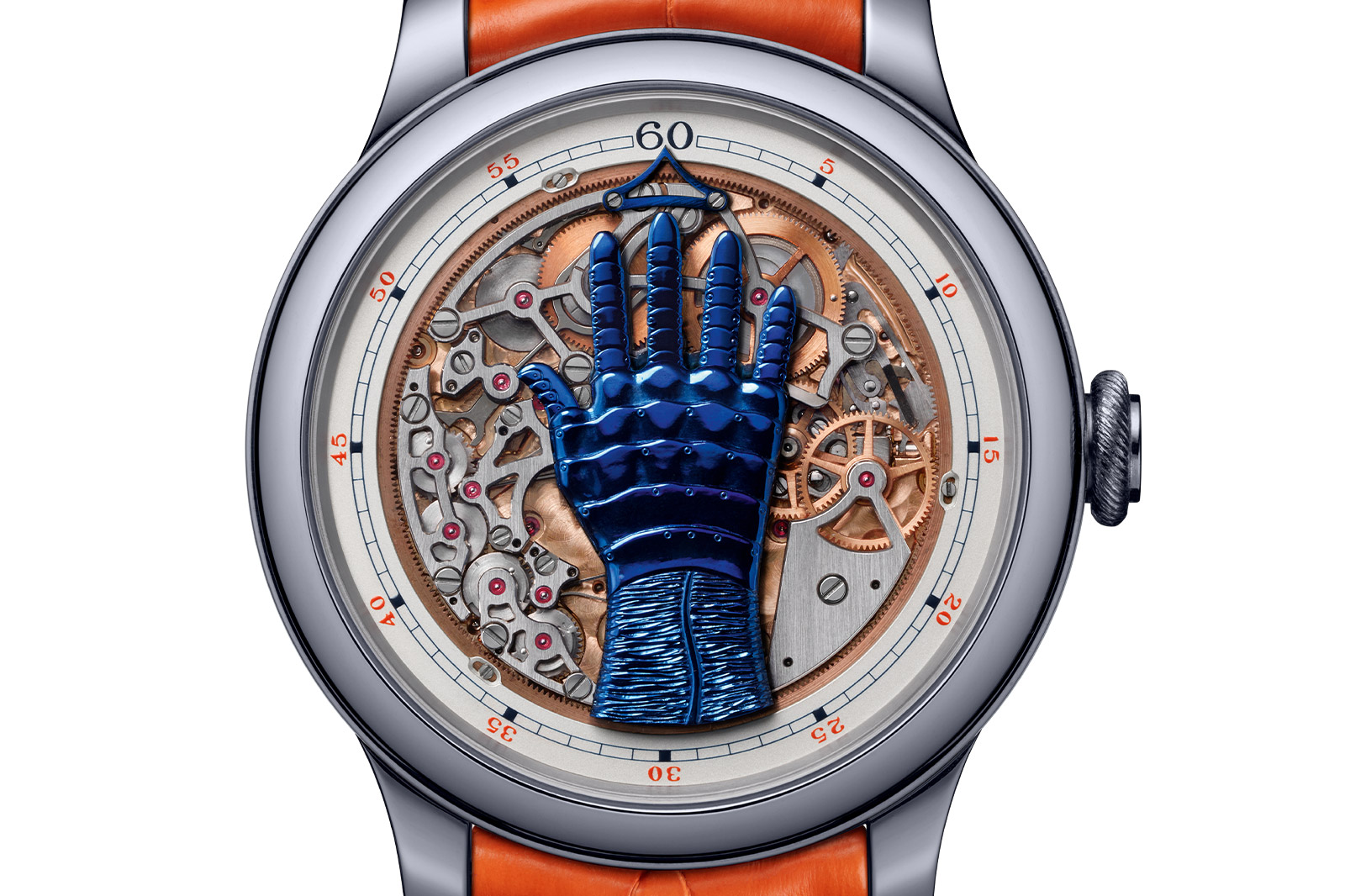 First off, this watch has a giant blue hand on it that in a post-Marvel era can’t help but draw comparisons to the Infinity Gauntlet, although the MCU was still a fledgling when Francis Ford Coppola first suggested using a hand as the main mechanism for telling the time on a watch to François-Paul Journe in 2012. Coppola has already had a large impact on the watchmaking industry with films like Apocalypse Now resulting in timepieces such as the “Captain Willard”.

The hand is an automaton, the fingers move and depending on their position it is possible to correlate that to the hours of the day. For minutes, there is a large arrow at 12 o’clock that points to an orbital minute scale that rotates around the watch, somewhat like a reverse carousel display. 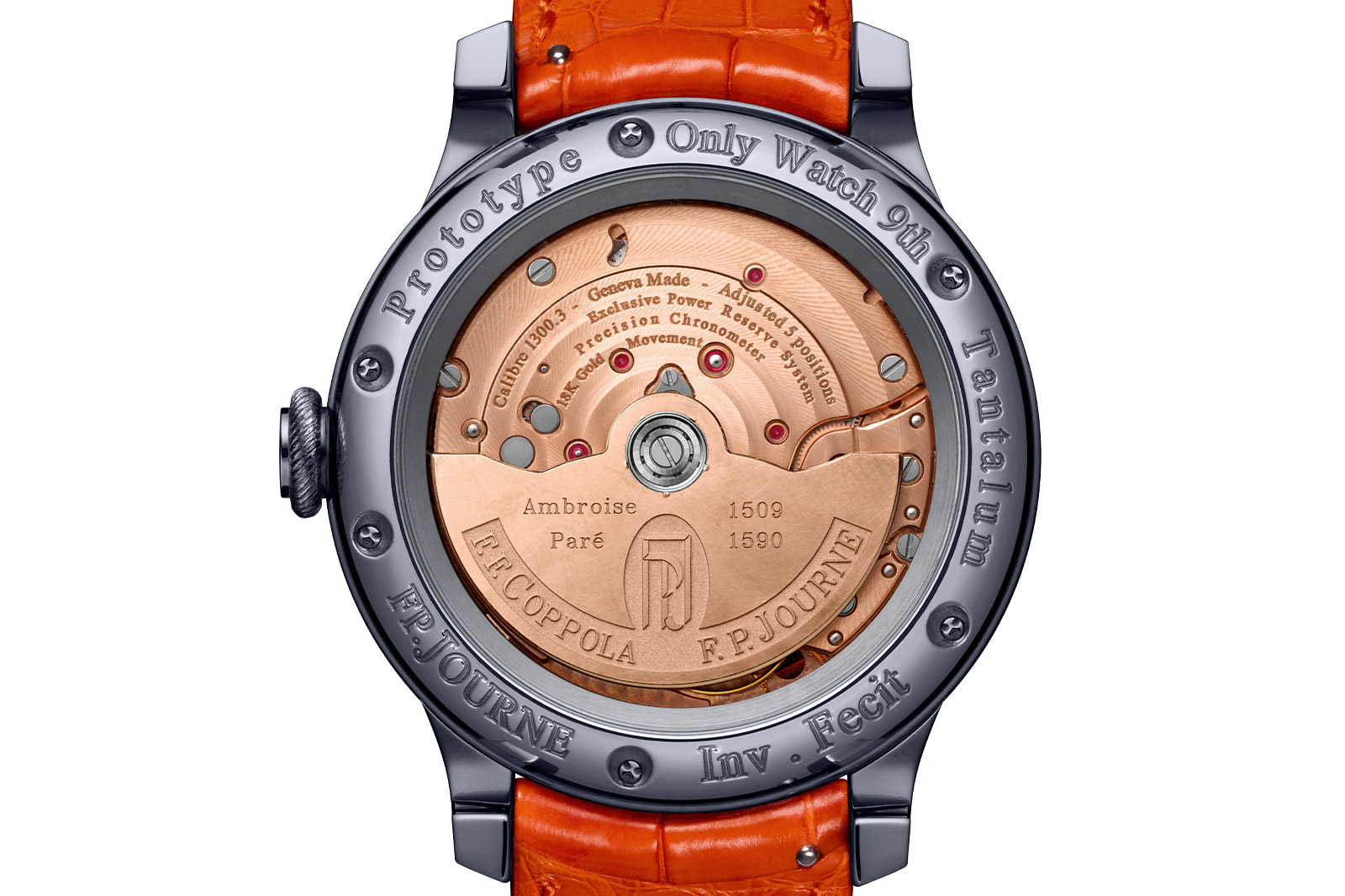 The calibre is the Automatic FFC 1300.3 in 18K rose gold, which has a 120-hour power reserve that is, fair to say, very impressive. However, the precise movements of the automaton hour hand are controlled digitally, which is fair enough because the amount of engineering required would be ridiculous.

A final note would be to say that the design of the hand was sketched and created by Francis Ford Coppola based on the hands of Ambroise Paré, the father of modern surgery who lived in the 1500s, and the names of both FFC and Ambroise are engraved on the oscillating weight.

The FFC Blue will be available at the Only Watch charity auction later this year alongside over 50 other unique, 1-of-1 timepieces. It’s one of the most fun collections of timepieces to explore when they are announced each year and it’s all for a good cause with 99% of funds going to charities and research projects like Duchenne Muscular Dystrophy.

More details at Only Watch.