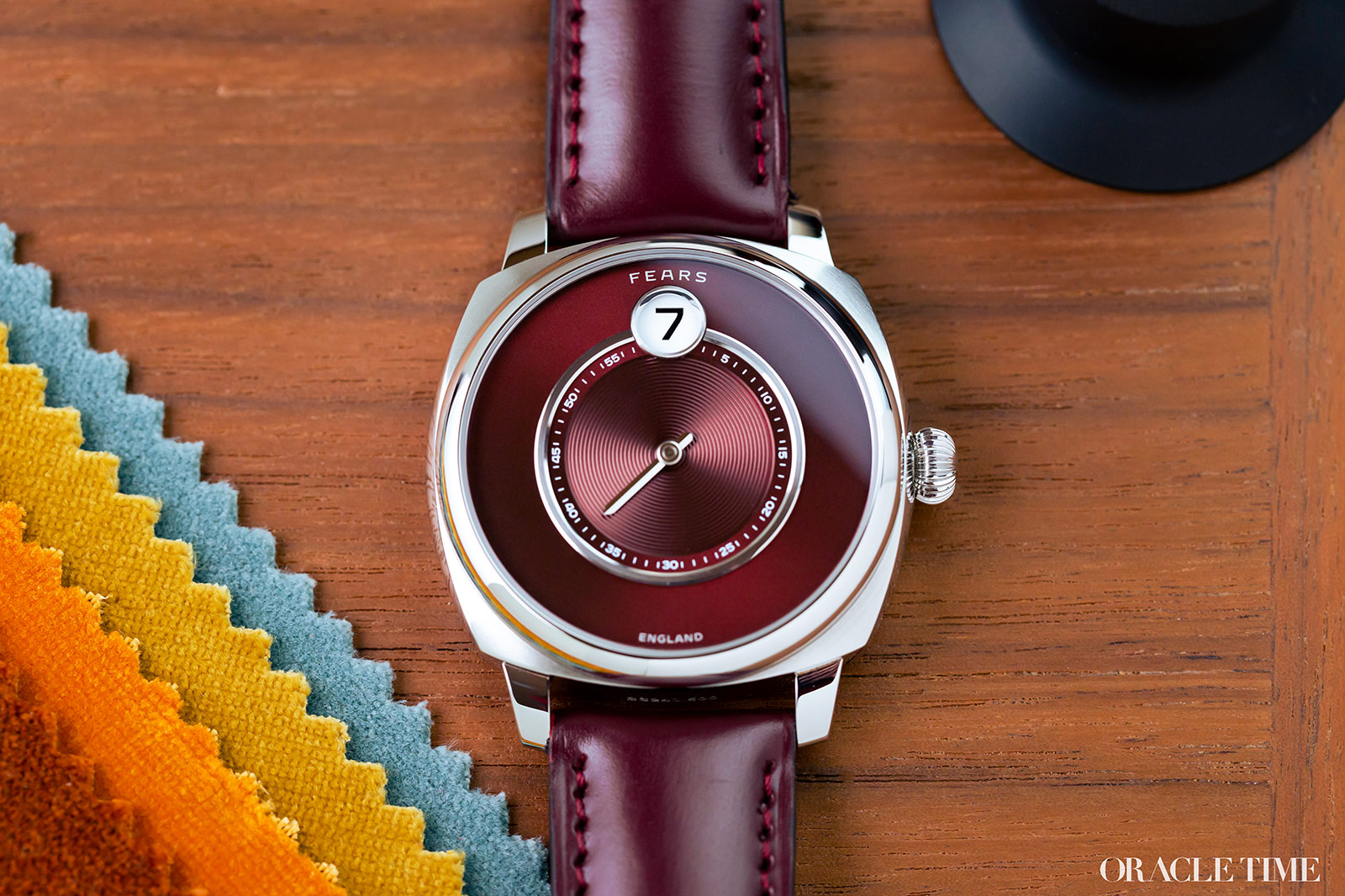 When the Alliance of British Watch and Clockmakers was launched back in 2020 its stated aims were to promote British watch and clock making around the world, to encourage British supply-chain, technology and jobs, to give the sector a voice, and to champion British provenance.

In an exercise to showcase the skills and cooperation that can be fostered between some of the 75+ brands which now form part of the Alliance, Fears and Christopher Ward have collaborated to produce the first Alliance watch: the Fears Christopher Ward Alliance 01. Profits from this endeavour will then help the Alliance to fund efforts in supporting and promoting British watch and clock making. 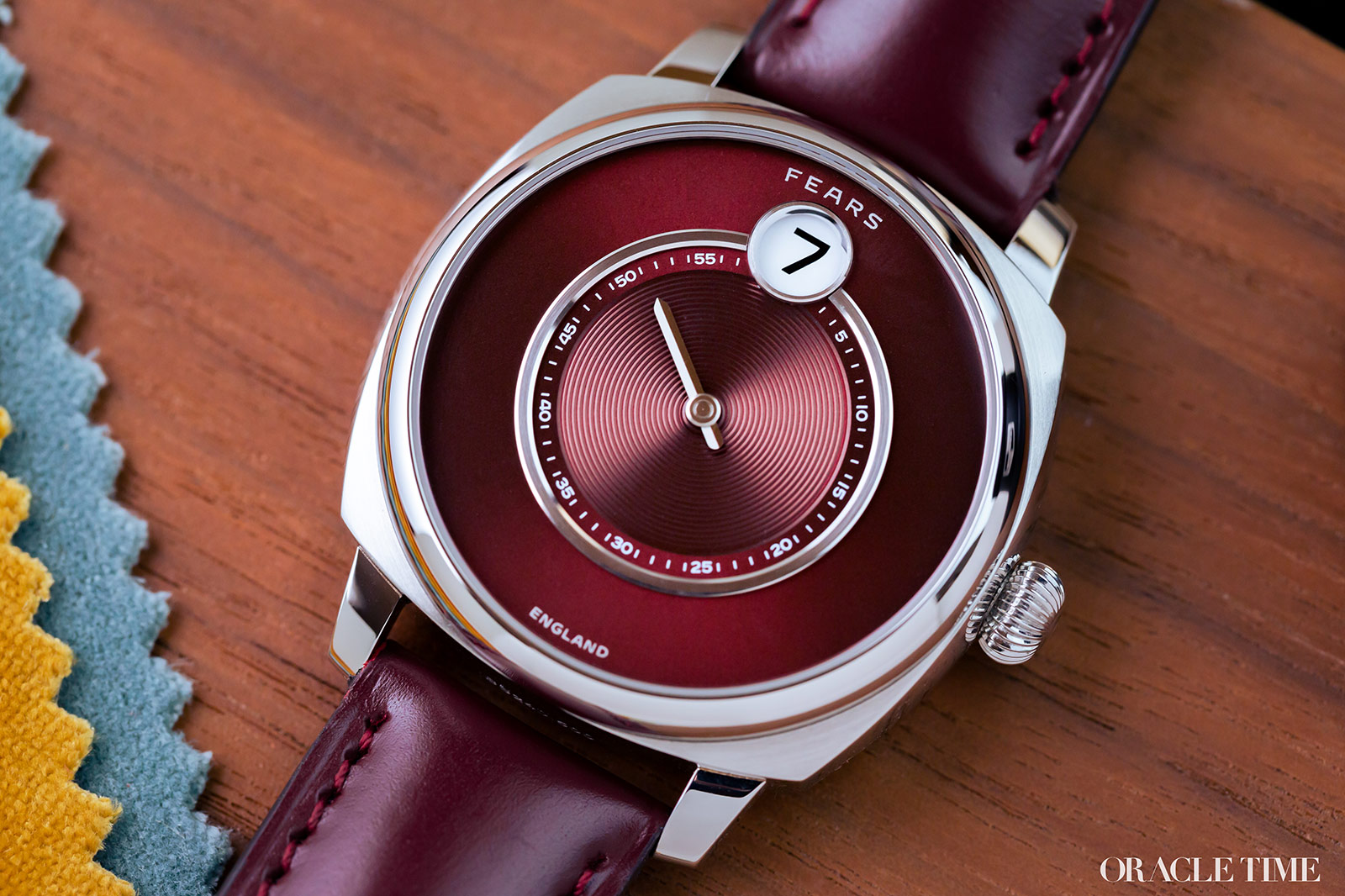 As to the watch, it’s a perfect marriage of the two brands, bringing together Fears’ design language and Christopher Ward’s impressive JJ01 jumping-hour calibre. It’s not quite as straightforward as a Fears watch housing a Christopher Ward movement though.

During early discussions, Fears’ Managing Director Nicholas Bowman-Scargill first posed the idea of using the JJ01; a movement which Christopher Ward doesn’t currently offer in any of their line-up, though it does form the basis of the triumphant Bel Canto.

With the possibility of collaborating on a jumping-hour in limited numbers given the green light, it was actually the design team of Christopher Ward who penned their vision of how a Fears watch using this movement might look. The resulting watch is testament to both the talent of the Christopher Ward design team, and to the clarity of the Fears design language. 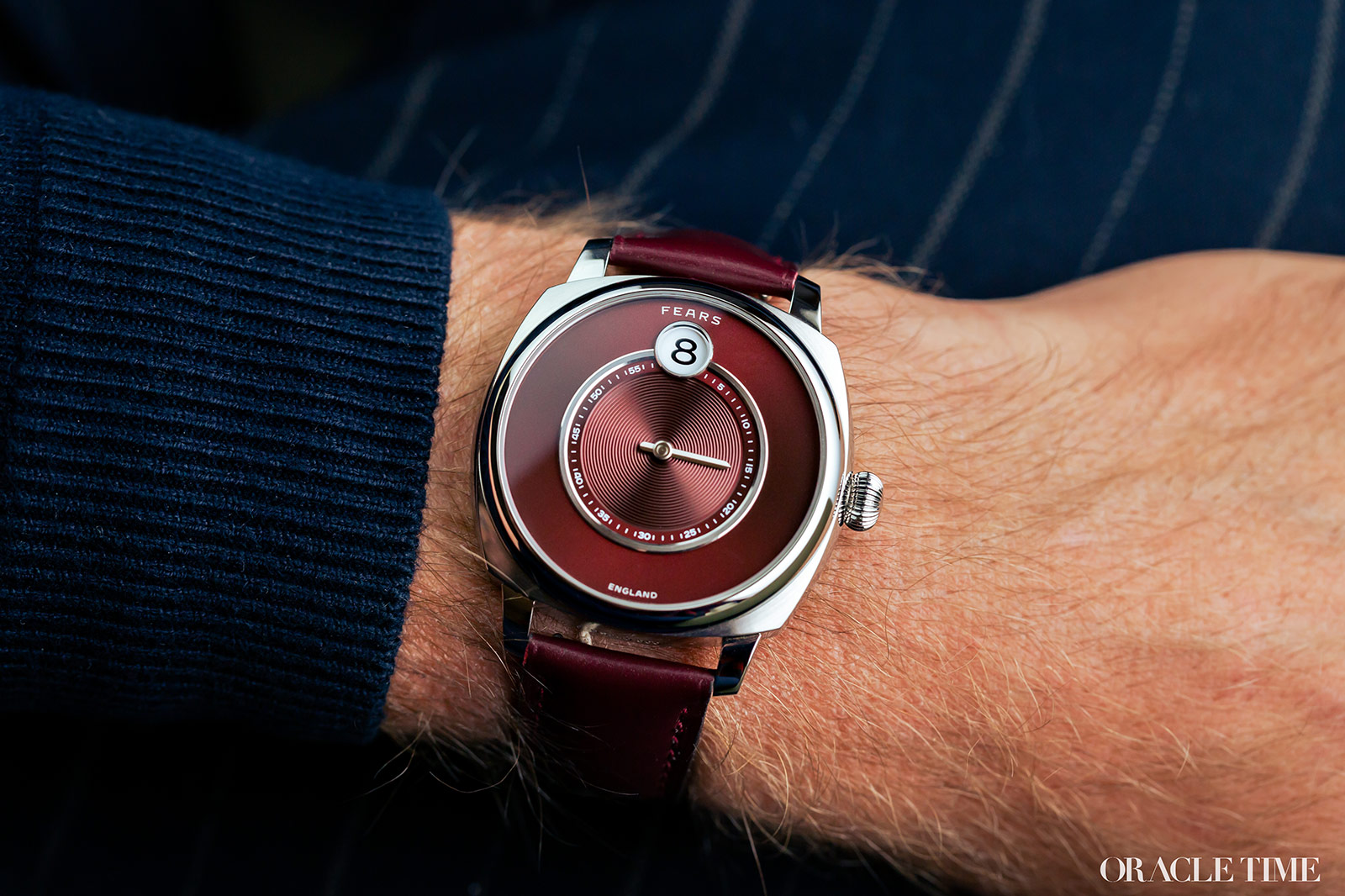 Christopher Ward’s JJ01 calibre is their in-house jumping-hour module, developed by Johannes Jahnke, sitting atop the Sellita SW200 automatic movement. The bespoke hour wheel is printed with Fears’ ‘Edwin’ numerals. The dial, described as Burgundy Red, is deep in tone. The sunburst outer portion is pleasantly sparse. The only branding on the front is that of the Fears name hugging the outermost edge of the dial at its top, with England mirrored at the bottom. The colour of the dial is matched by an Oxblood calf leather strap. 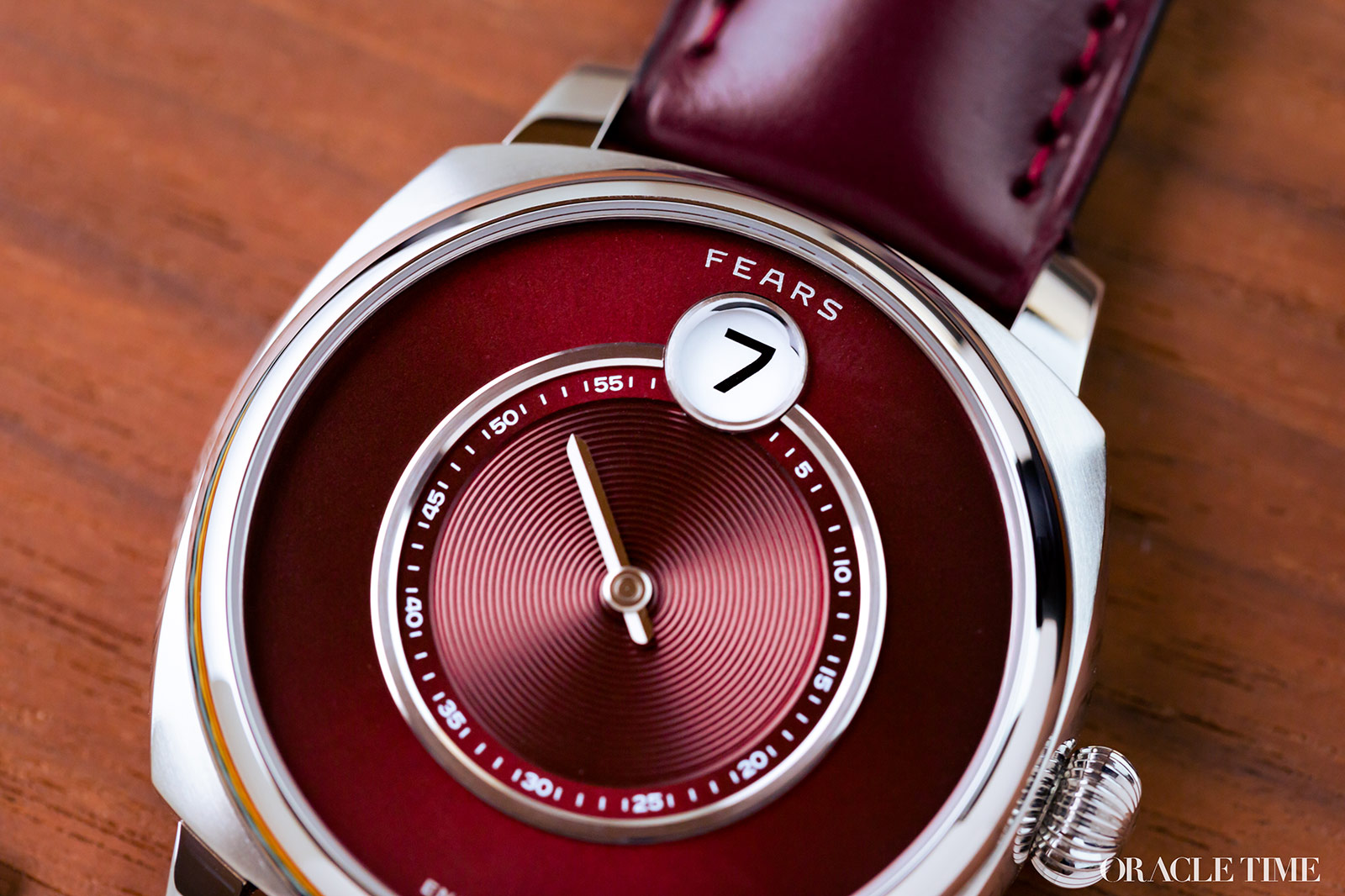 The inner portion, in which the central minute hand sits, has the same concentric circle pattern you might expect to find in a sub-seconds dial. The two distinct dial areas are separated by a rhodium-plated ring, with the same also surrounding the jump hour aperture above. The single hand features a crisp bevel with different finishes on either edge, with the aim of giving some distinction against the dial in any light. 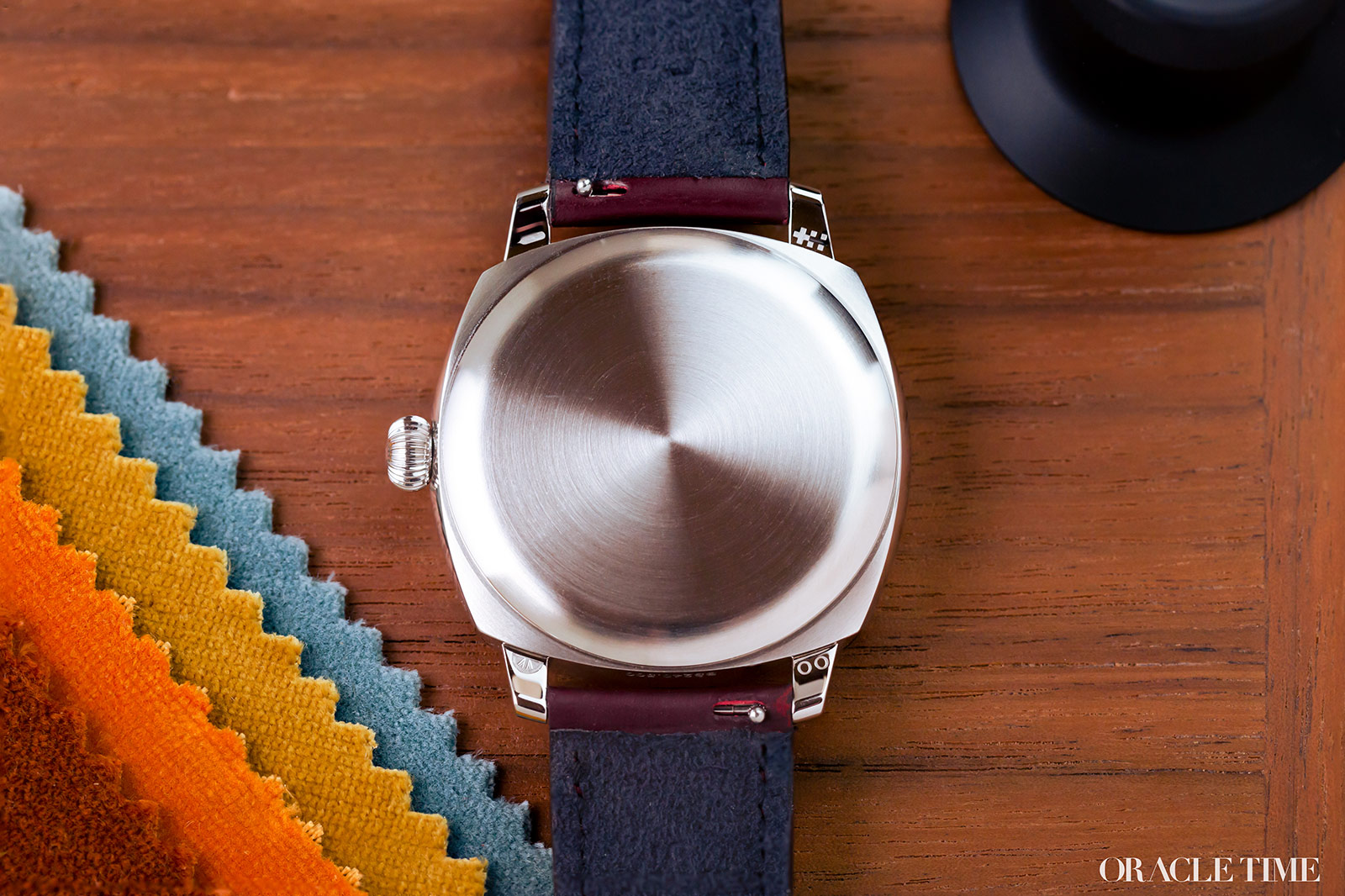 Like many jump-hour movements—or base automatic movements with “piggy-back” modules—the JJ01 isn’t all that thin. Even with a closed case back and eliminating as much space as possible between the dial and sapphire crystal, the Alliance 01 is still 12.8mm thick. On paper, that’s thicker than many 200m rated dive watches. This piece doesn’t have the benefit of looking like a hulking dive watch though. The cushion case closely resembles that of the Fears’ successful Brunswick model, but this is an entirely new and bespoke case with a diameter of 40.5mm. 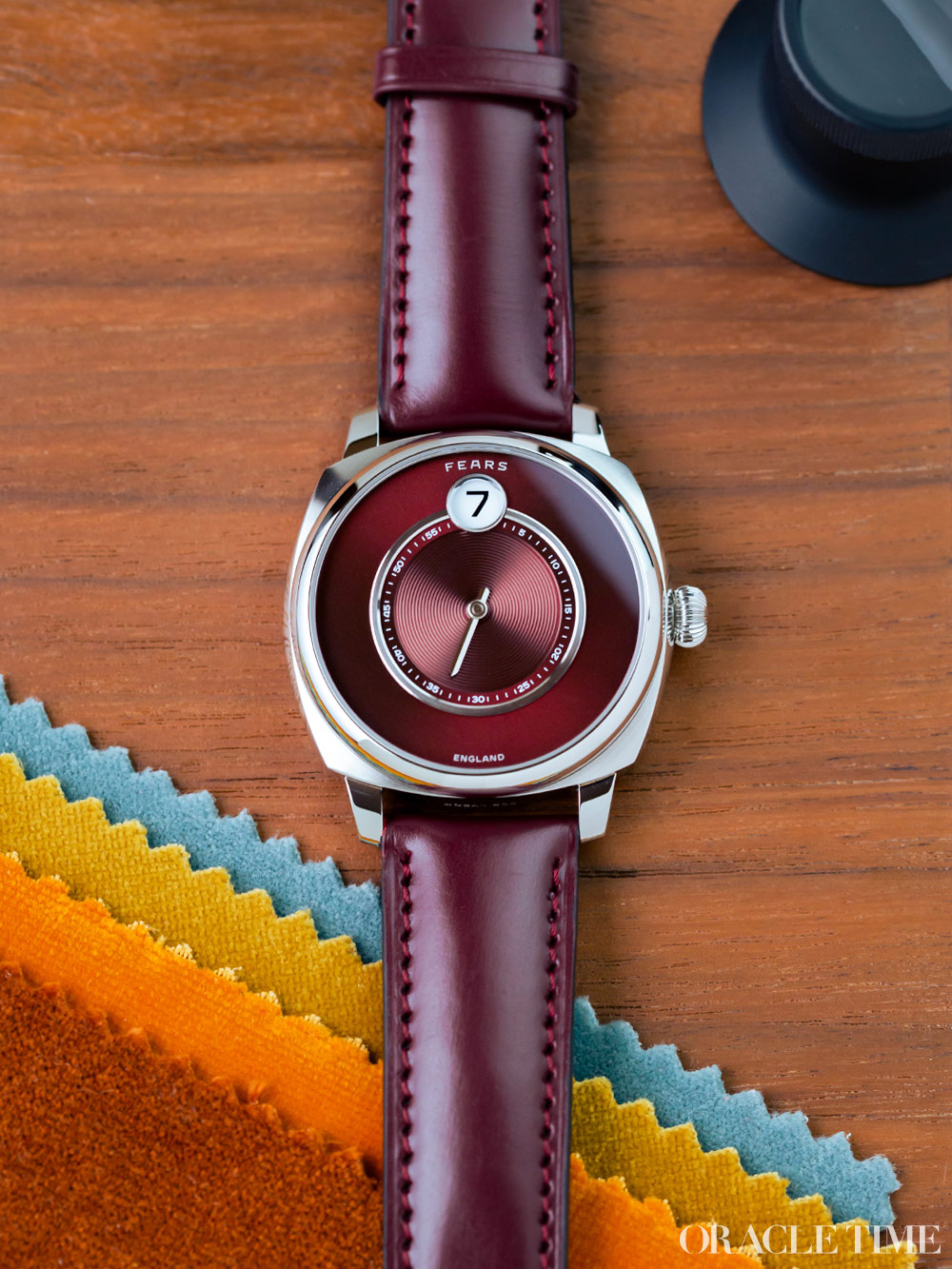 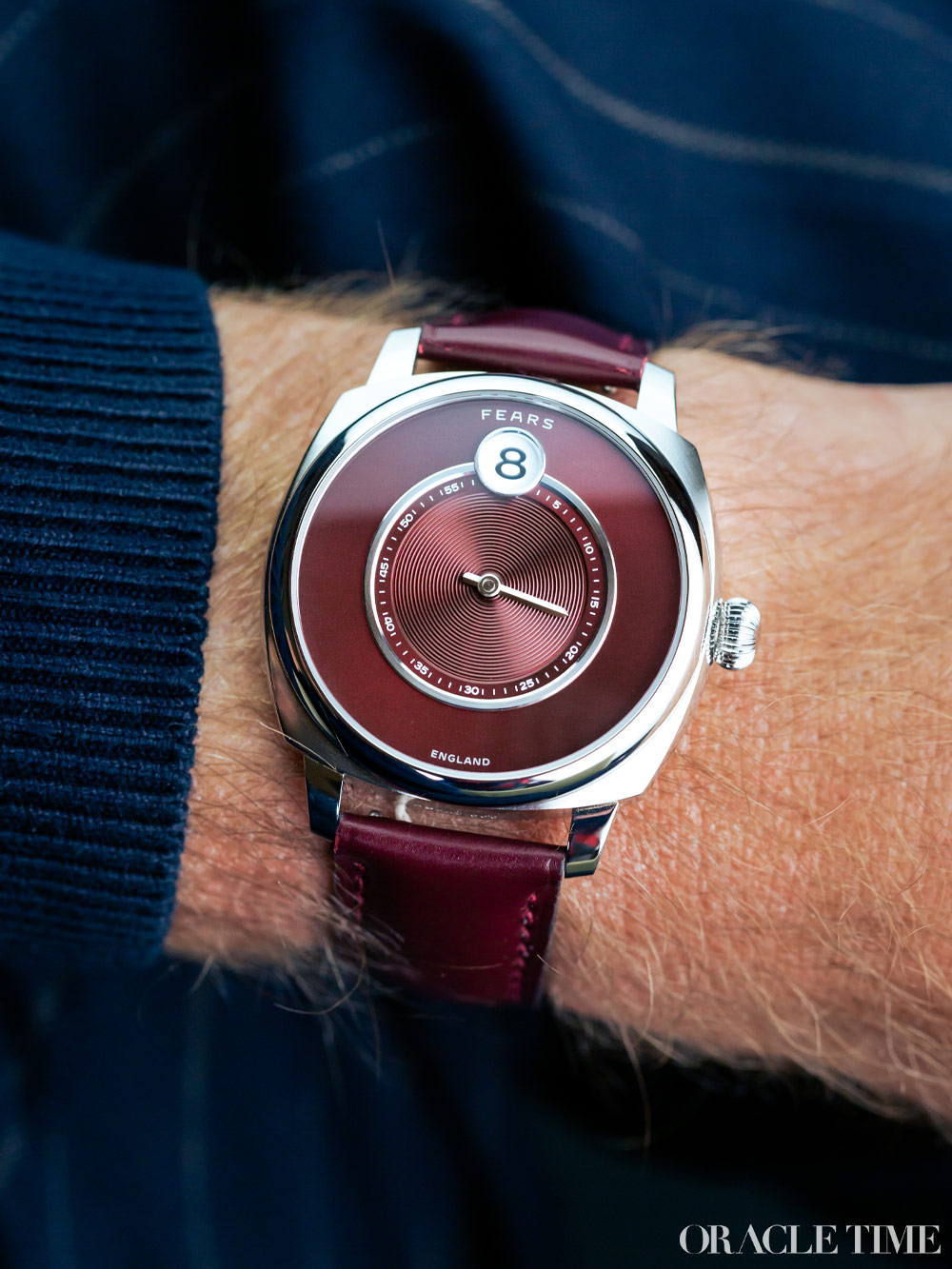 While the dial and case sizings are influenced heavily by the choice of movement that they surround, the dimensions suit the overall character of the watch. While it admittedly sits towards the dressier end of the spectrum, the case isn’t delicate enough or the dial discreet enough to warrant being treated as a dress watch. Nevertheless, there’s no hiding the tallness of the watch.

The most pleasing aspect of wearing a jumping-hour watch, especially one in which the hands and movement are calibrated to such fine tolerances, is the snap which happens every 60 minutes. The hour wheel jumps forward with great precision and gives a rather satisfying audible tick to boot. 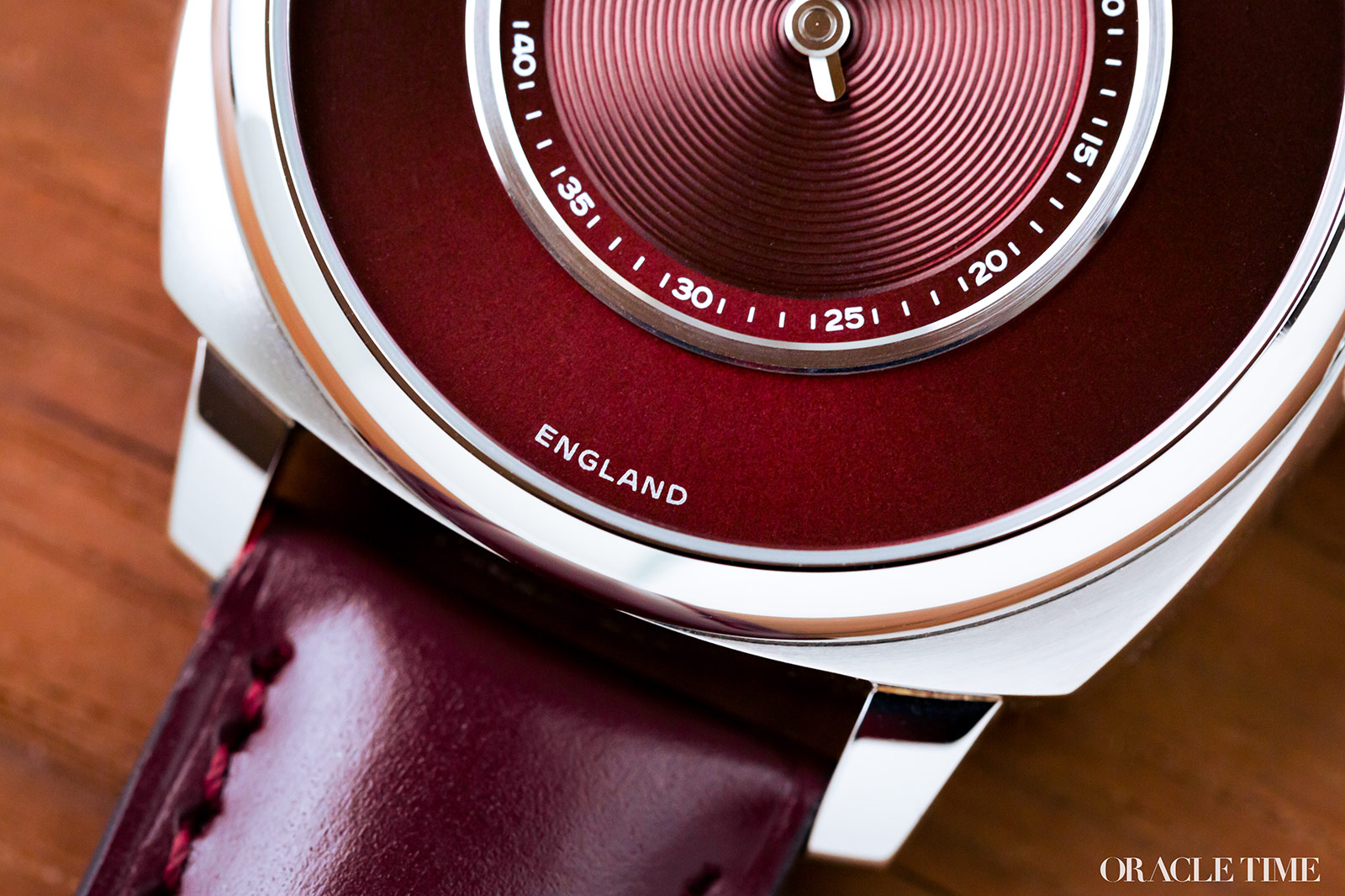 With no evidence of Christopher Ward visible on the dial, despite providing the engine inside and playing a significant part in the overall design, the rear of the watch does hint at their involvement. The solid case back has no markings, but the underside of each lug bears an engraving. Fears’ ‘Pipette’, Christopher Ward’s ‘Twin flags’, and the Association of British Watch and Clock Makers logo all appear, with the fourth lug showing the LE number of each watch.

Only 50 pieces of this limited edition collaboration are going to be made. Additionally, they will only be available to members of the Alliance of British Watch and Clock Makers. If you want to purchase one, you’ll need to make sure your membership is registered before the watch goes on sale on 27 January. The Fears Christopher Ward: Alliance 01 is priced at £3,995 including VAT (£3,291.67 exc. VAT).

Brad has been a watch enthusiast for over a decade. He has a very poor memory for watch references, but a love of anything that looks pretty. He has also dabbled in photography for a number of brands, is partial to a Ducati and enjoys spending weekends making vroom vroom noises on country roads.