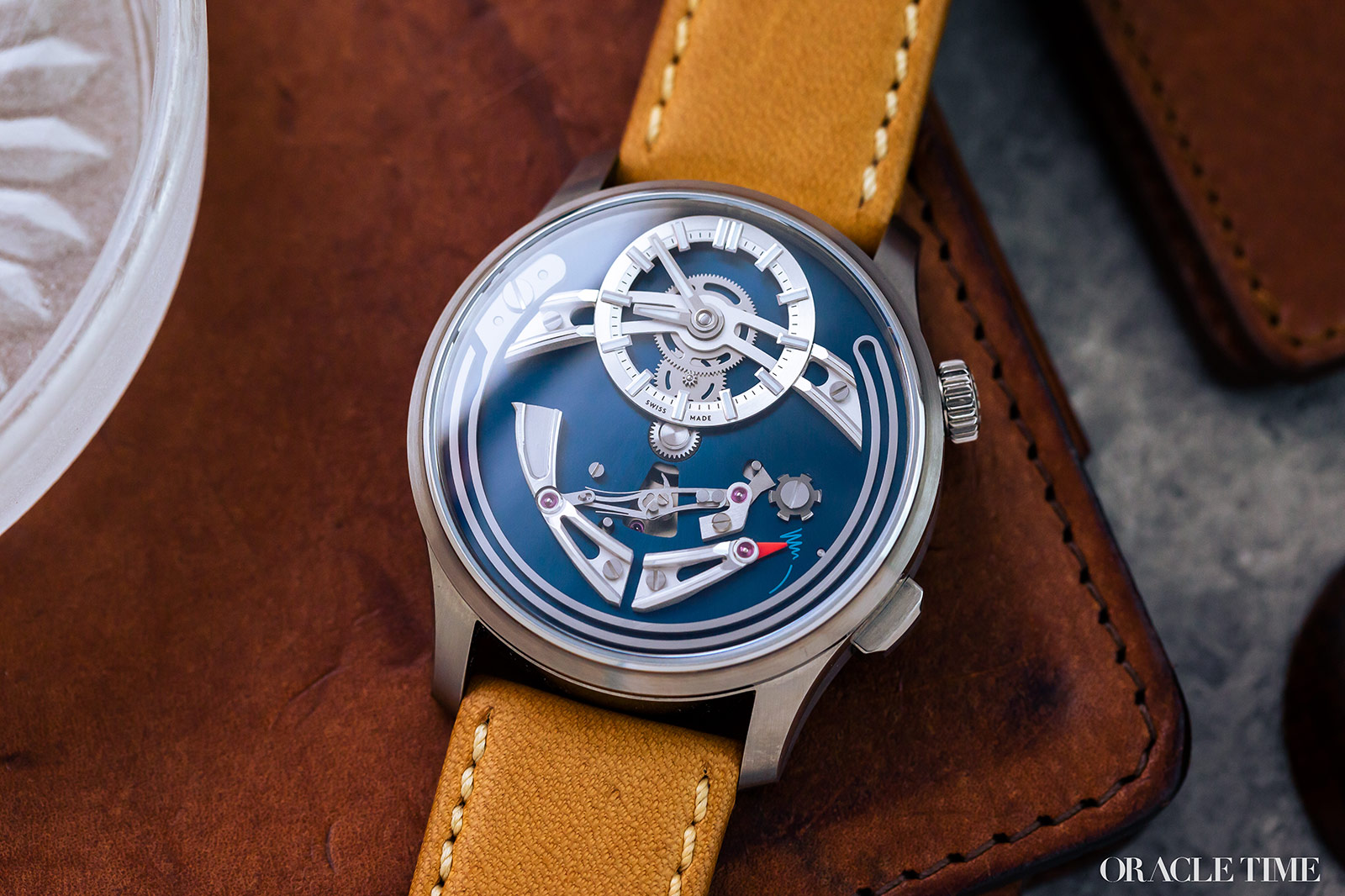 It was always going to happen eventually. After running through pretty much every type of haute horological complication, Christopher Ward have finally created their own accessible spin on the rarefied acoustic horology of a chiming watch. And it actually is accessible, though before we get onto just how accessible, it’s worth looking at precisely what the new Christopher Ward C1 Bel Canto chimes.

The Bel Canto – named after a lyrical slice of Opera – doesn’t chime out the time on demand like a classical minute repeater. Nor does it let you set the time that it will sound like an alarm watch either. Instead, it simply chimes every hour, on the hour. 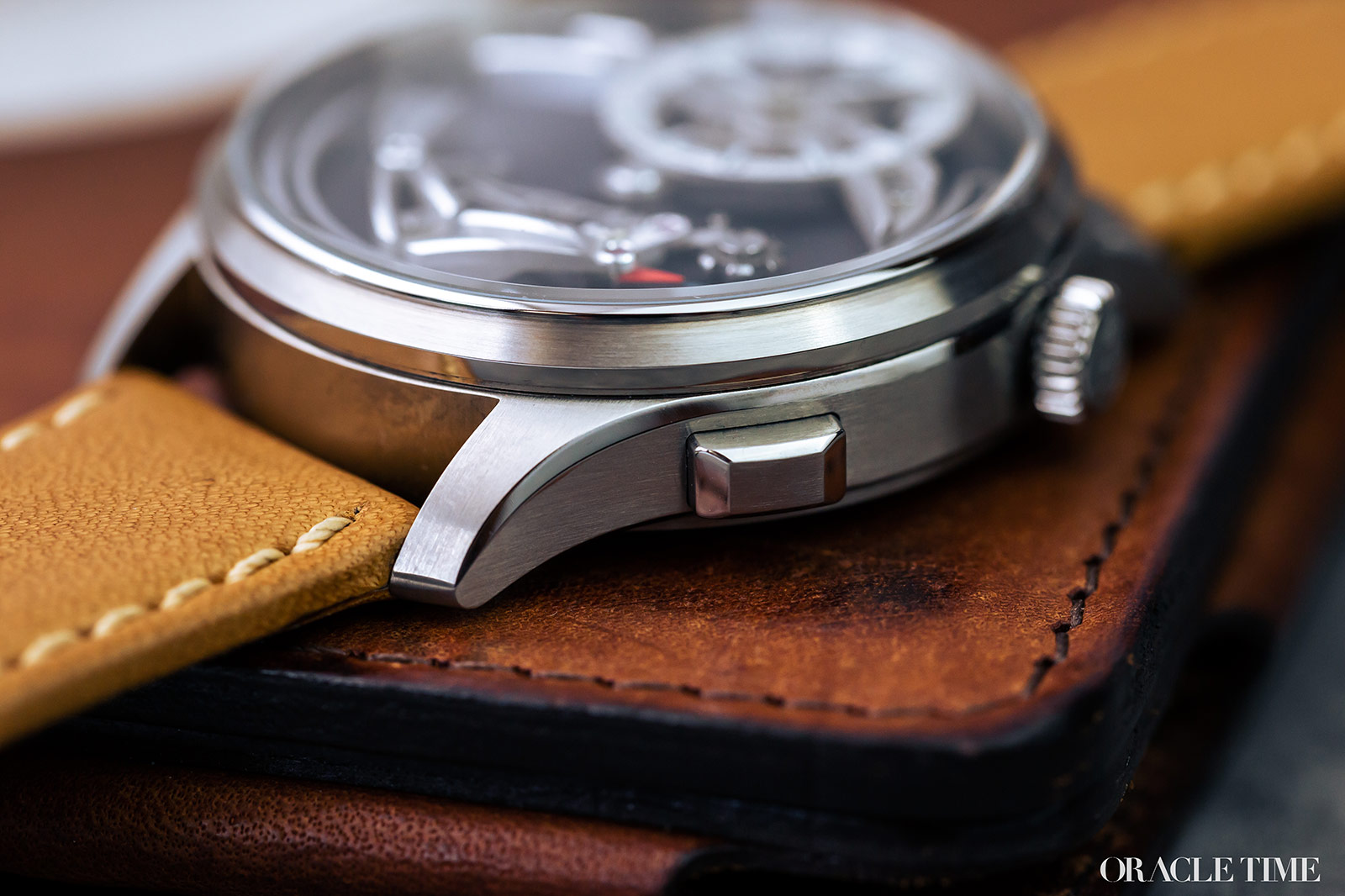 Now, granted that’s not the most useful complication in the world but I’d argue that neither is a minute repeater. Even if you can work out the time from a repeater’s various chimes, it’s probably quicker and easier to just read the watch regardless. Still, it does beg the question as to why Christopher Ward settled on this unusual type of chiming complication, and the answer is, basically, upcycling.

Back in 2011, Christopher Ward built the calibre JJ01 jumping hours movement for their British watchmaking inspired C9 Harrison. So, to build a chiming watch with any semblance of affordability, they switched the jumping hours function for a hammer. It’s a very Christopher Ward approach and I love it. Once the hammer mechanism was in place, they added a huge, curved titanium gong to the dial side of the watch and there you go. 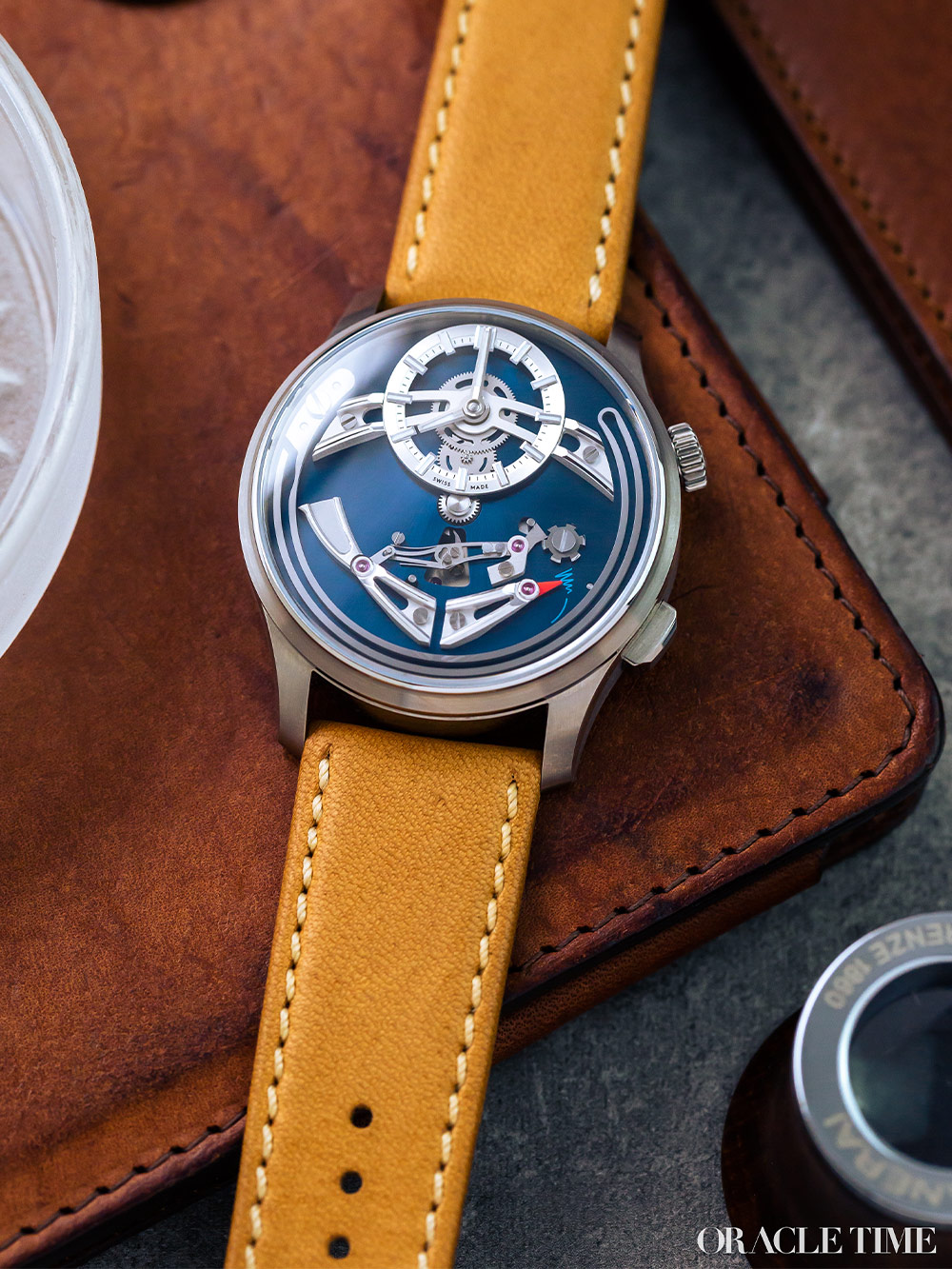 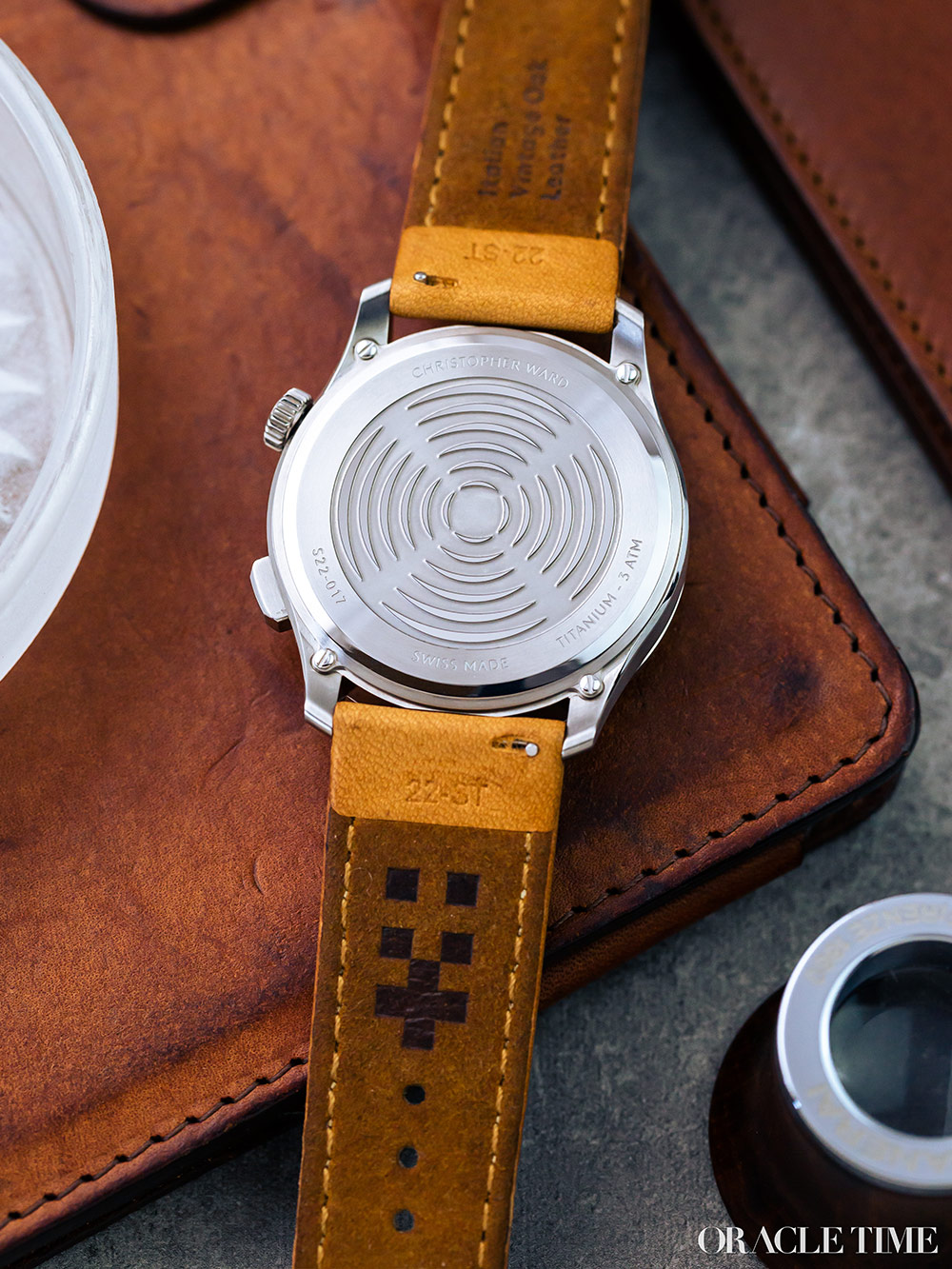 As you probably don’t want your watch chiming the hour all day, every day, Christopher Ward has also added an on-off function, using the button at 4 o’clock. It’s indicated ‘on’ by the red dot on the dial, but also by the hammer position. I found it a little finnicky – it takes a solid push to work – but hearing the chime when it engages is lovely. As, indeed, is the sound itself.

Most of the dial is taken over by that chiming mechanism, leaving a small dial at 12 o’clock for the actual time. The tone-on-tone colouring of that subdial makes it a little awkward to read at a glance, but otherwise it’s a beautifully architectural layout. It’s not quite Greubel Forsey but it’s not bad for 1/100th of the price. A good part of that is the blue-plated rhodium dial, which is downright gorgeous. It’s a little hard to get the colour out properly in photos, but in the metal it’s a stunner. 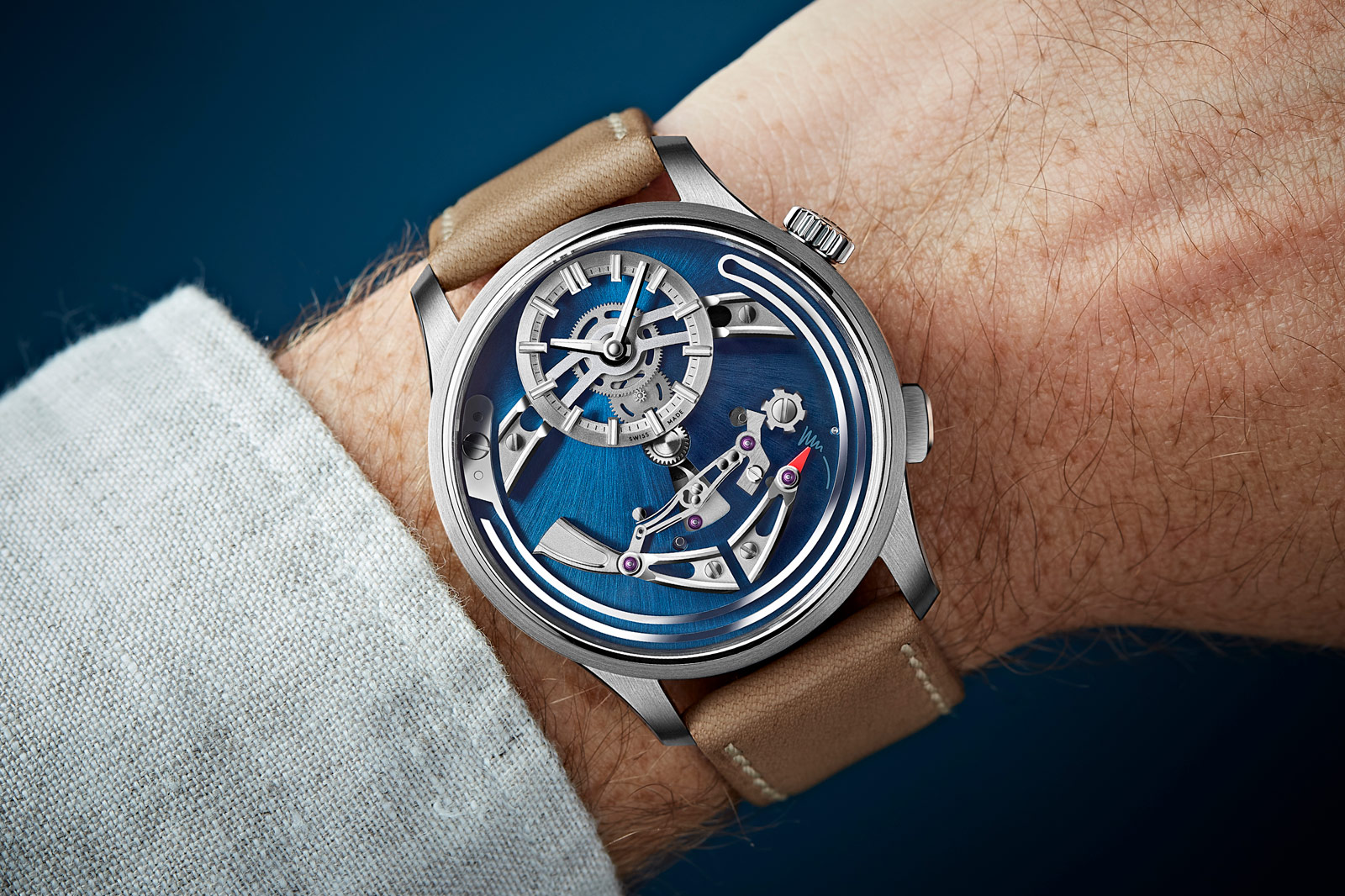 I do have one slight issue with the Bel Canto case though. Generally, I don’t mind titanium in a watch. The hue’s a nice change of visual pace with all that gunmetal-coloured jazz and the lightness makes it wearable. In something like this though it just feels a bit too light, a bit too like a toy. I get the reasoning; aside from comfort on the wrist, titanium’s great for acoustics, hence it’s use as the gong. But at 41mm, the C1 Bel Canto’s not so large that steel would make it count towards your gym reps and the dial’s open anyway, so the acoustic impact would be minimal. Sure, it might not technically work as well in steel, but I’d much prefer that reassuring weight.

While I love the fact that Christopher Ward repurposed an old movement to cut development costs, it does however mean we’re left with a 38-hour power reserve. The chime uses a lot of energy, but the brand’s movements have come a long way in the last decade or so and for a showpiece like this, even a few hours longer would’ve been appreciated. 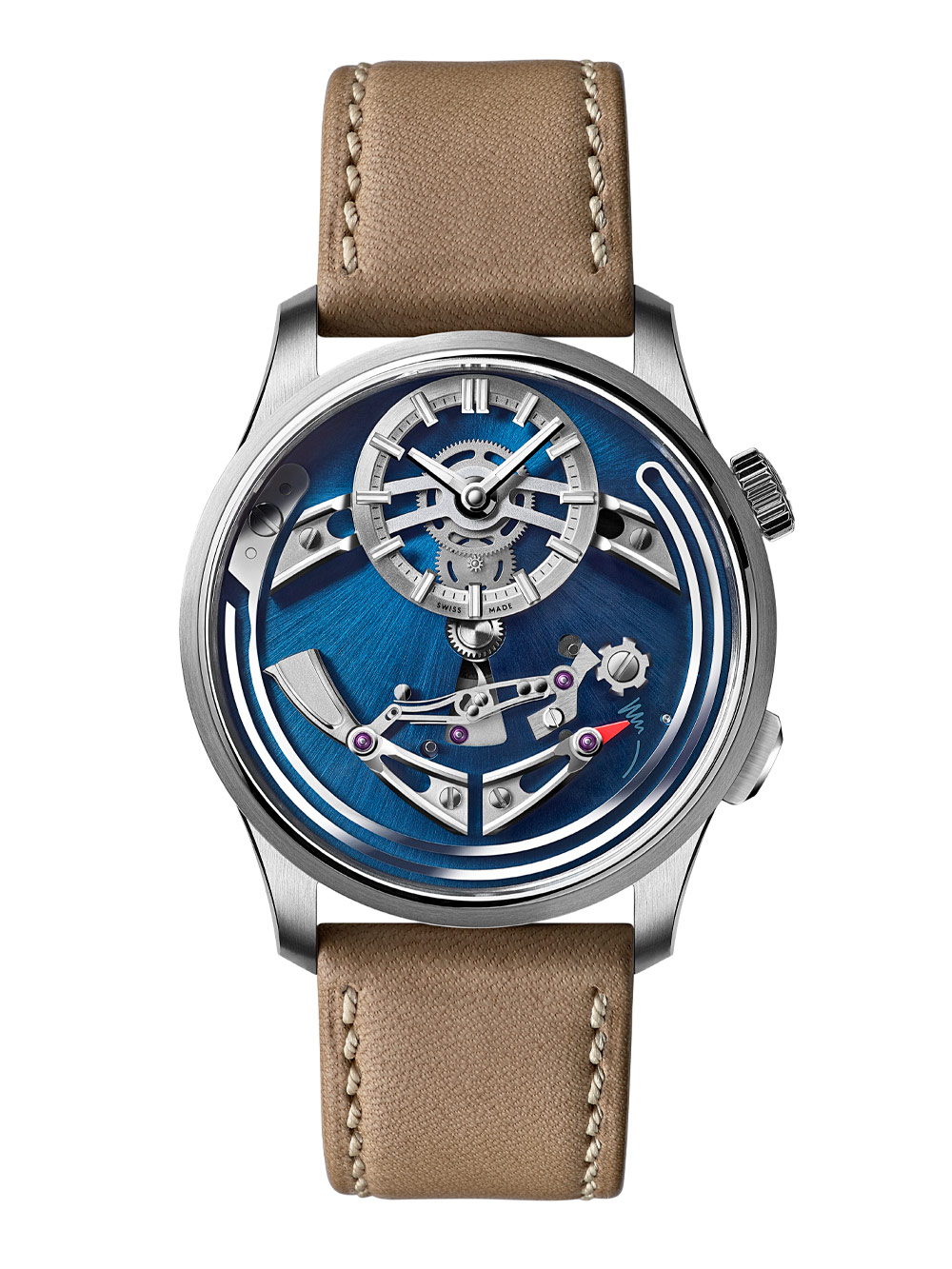 However, take all these gripes with a small pile of salt. Yes, they’re issues in the grand scheme of things, but not when it comes down to the bottom line. It’s possible to want something and understand why it can’t be at the same time. Which is to say there’s no denying that the Christopher Ward C1 Bel Canto is an incredibly impressive watch. The gong makes a lovely sound, it’s satisfying to use and looks amazing. It’s also – and this is probably what you’ve been waiting for – just £2,995. Compare that to other chiming watches of any type and it’s a stark difference.

Is the Bel Canto a ground-breaking middle finger to high watchmaking? Not really, it’s unlikely anyone that can splash out on a minute repeater will go for this instead. But that’s not the point. It means that collectors for whom the average chiming watch is a pipedream can actually get one on their wrist without re-mortgaging. It’s the first time I’ve been able to call a chiming watch affordable without sliding a ‘comparatively’ in there. That alone is worth a bit of hype. The fact that it’s one of the prettiest damn things Christopher Ward has ever built is the trill on top.