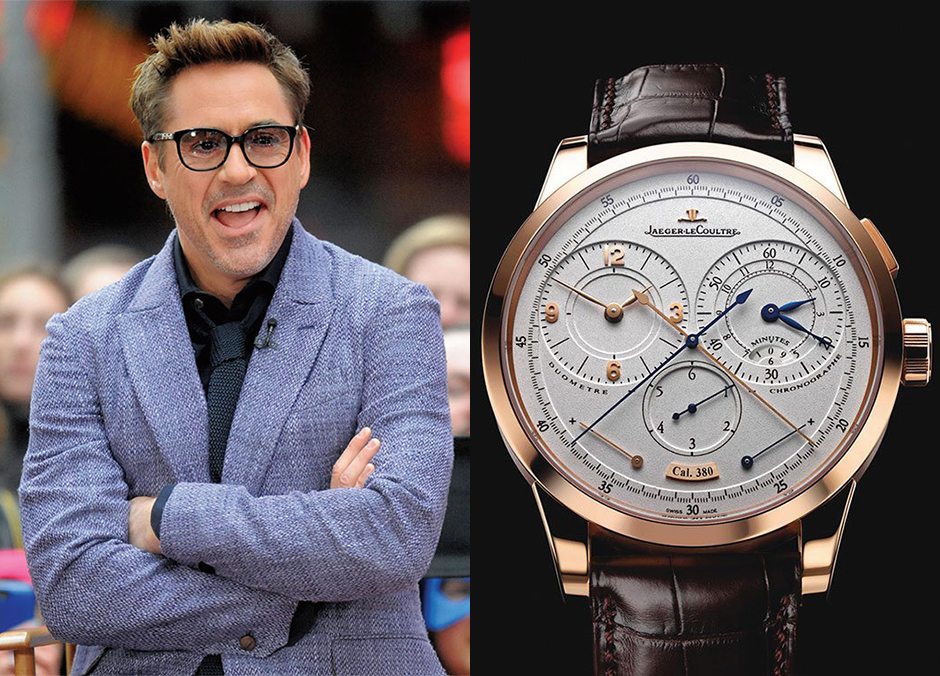 Eagle-eyed movie buffs viewing Robert Downey Jr.’s Tony Stark character in the Iron Man franchise will have noticed that the mega-rich, megalomaniac superhero seems to have a thing for bold statement timepieces. With Stark rocking, variously, a Hublot Big Bang, a Bvlgari Diagono Sport, Jaeger-LeCoultre’s Master Grande Tourbillon 1833 Edition, Grande Reverso 986 and the AMVOX3 Tourbillion in Platinum, one gets the distinct impression that someone with a keen eye for serious horology, a collector and true aficionado – perhaps even Downey Jr himself? – may have had a hand in choosing them. Suspicions were confirmed during early promotional activity for the movies, with Robert Downey Jr. conducting interviews wearing (presumably, his own) Bell & Ross BR01-94. 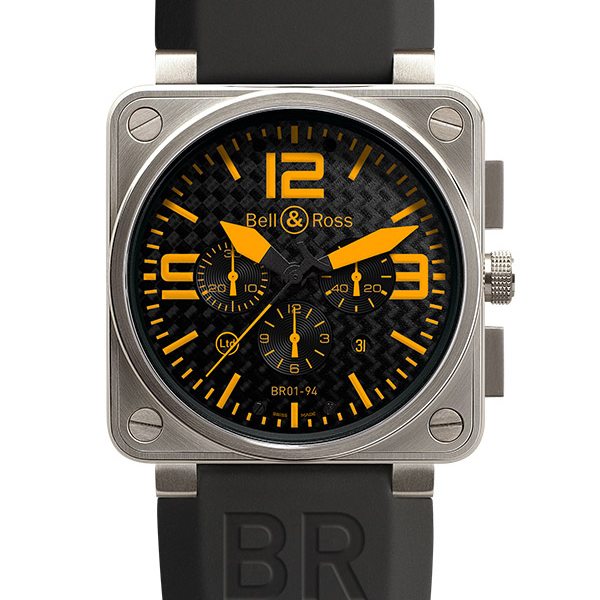 More recently he has been spotted wearing a rose gold Omega Chronograph, as well as appearing on The Tonight Show Starring Jimmy Fallon brandishing a £25,000 pink gold Jaeger-LeCoultre Duomètre à Chronographe (below).

Robert Downey Jr. owns a Jaeger-LeCoultre Duomètre à Chronographe just like this one

Certainly, the 50-year-old Oscar-nominated actor can afford such finely-crafted luxury. He hit the top spot in Forbes’ list of highest-earning actors two years in a row with industry bible Variety magazine estimating his earnings in 2014 alone to be around $73 million.

The man has taste, collecting not just watches and awards but also sports cars – think rare Porsches, Bentleys, Corvettes, Fords and Mercedes-Benz. Clearly a loyal fan of mechanical cars and timepieces alike, he hasn’t been rushing out to add the much-hyped Apple Watch to his portfolio. “Every time they make one of these announcements you go ‘that’s the device that’s going to enslave us,’” Downey Jr. commented earlier this year when asked about the supposed game-changing wearable tech from Cupertino. “I was just like ‘it looks kinda small. I don’t need another Apple product. I like my watch. I like this Omega.’” We salute you! Gucci is one of the biggest fashion brands in the world, so it’s small wonder that there are some...