You ignore Odell Beckham Jr. at your peril, as most teams that went up against the New York Giants found out last NFL season. Now as he starts his new run at the Cleveland Browns he’s making sure that can’t happen again by flaunting some serious wrist-candy right on the pitch.

For most watches that’s a death sentence; for Richard Mille it’s a trial by fire they seem to revel in. Hell, they insist that their sports ambassadors wear their watches mid-match. Whether that’s ever hindered Nadal or not only he can say but given their ultra-light, hard-wearing construction Ricard Mille certainly puts its money where its mouth is.

In the case of Odell Beckham Jr., that mouthpiece is the RM 11-03 McLaren he was spotted wearing during his first training session with the new team. Sure it could have been a way to brag to his training buddies, but we like to think that it’s in part to keep an eye on game time. A small part at least. Just a smidgen.

The watch is a technical marvel with a unique layered case developed with the British hypercar marque while the dial is technical enough to put any track car to shame. It’s not subtle, but then neither is OBJ; you don’t star in a Nicki Minaj video if you’re shy and retiring. 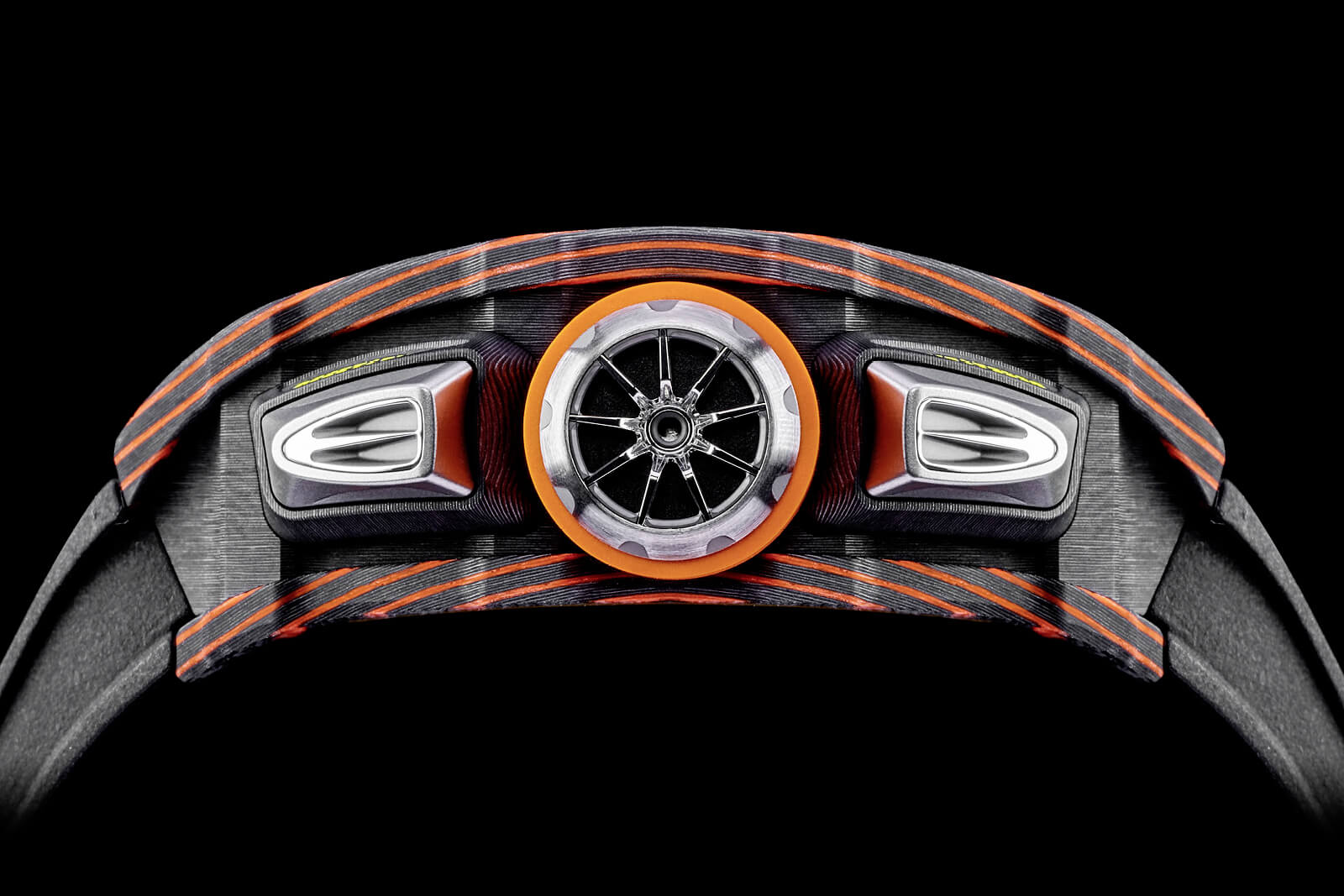 At least it suits his new uniform; the orange strap and highlights built into the case material match nicely. We’ll have to wait and see if he wears it in a professional match (it’s probably a safety hazard more than anything) but for now it’s always good to see some serious watch game being flaunted. Then again, what do you expect from one of the most stylish guys in the NFL?

It’ll take a while for his watch collection to come anywhere near his sneakers but hey, this is an impressive start. More details at richardmille.com.