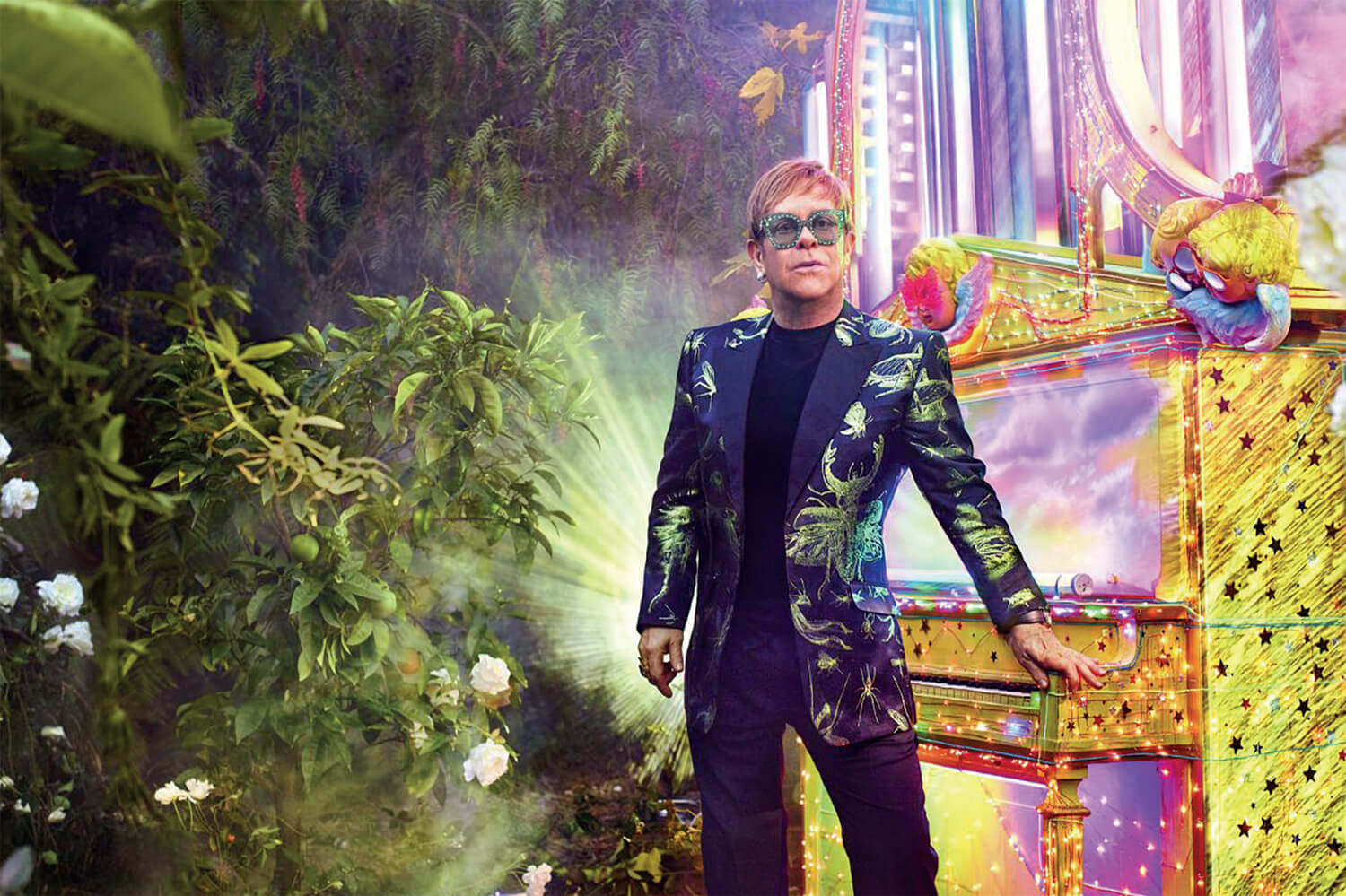 In case you missed Rocketman, the better of the two musical biopics this summer, Elton John’s always been a bit of a loose cannon. Sure, he’s calmed down a bit now – the 72-year-old is on his farewell tour after all – but back in the day it was wall-to-wall hedonism, tied into the kind of flamboyance that puts Liberace to shame.

It shouldn’t come as any surprise that amongst the frills, gold and star-shaped sunglasses, Sir Elton also has a penchant for horology. However, while the singer is a fan of Rolex – last year he bought husband David Furnish a GMT-Master II – there’s one brand in particular he’s always had a special connection with: Chopard.

Since the charity was founded in 1992, Chopard has been a huge supporter of the Elton John AIDS Foundation, a cause that has to-date raised more than $400 million. More recently however, Chopard has also had a starring role in Rocketman, thanks in part to the singer’s close friendship with Chopard artistic director, Caroline Scheufele.

Back in 2011 that friendship translated into a full collection of limited edition pieces devoted to John, all of which are extravagant, outgoing and flawlessly fit for the artist’s personality.

The pieces are brightly coloured but linked by the same swirl dial, an Elton flourish, as well as a custom second hand designed with the musician. Throw in a few diamonds here and there and some precious metals and you have yet another Elton John collection of watches with some serious bling credentials.

Whether Sir Elton John has retired for good or will be unable to resist heading back onto stage a few times more remains to be seen. Either way, between his music, his personality and incredible influence on fashion, it’s no surprise that he’s found plenty of synergy in the watch world.