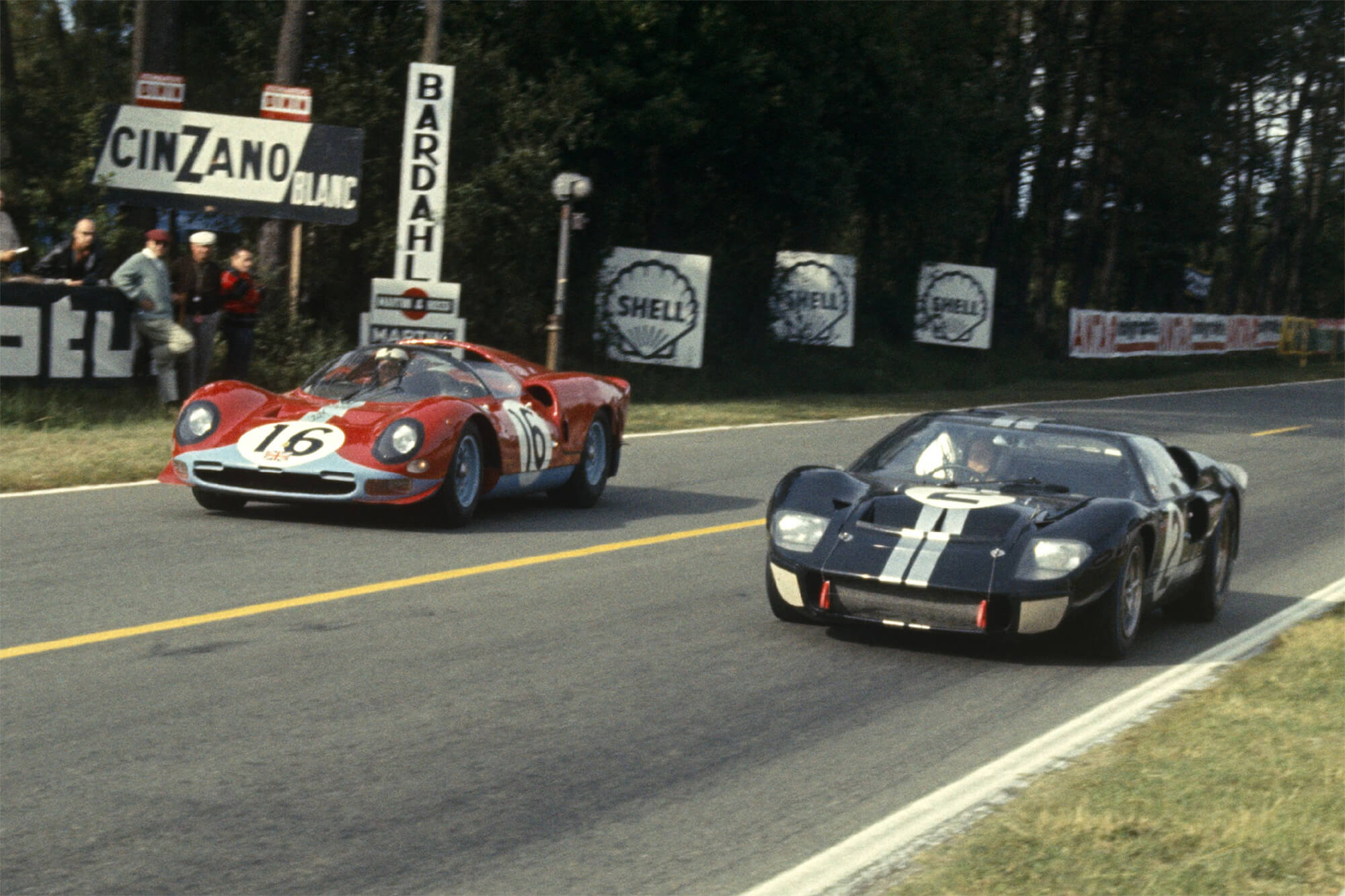 Rather than do our usual pairing of individuals this issue we’ve taken inspiration from the upcoming Ford vs Ferrari to take a different track and compare two of the most competitive names in racing. Because if your kind of pleasure is spiked with adrenaline, this is your kind of hedonism.

FORD The GT40 is one of the most iconic racing cars ever built, the pinnacle of what some serious engineering and passion could bring to the track. In fact, its conception is the entire point of the upcoming film and worthy of the attention. But that wasn’t all Ford created. Vintage Mustangs are among the definitive American muscle cars, while the Model T all but changed the face of car making; some say it even changed the face of the USA. That’s a big claim to fame.

FERRARI Where to begin? Nearly every prancing horse built can be considered an icon in one form or another. There’s the Daytona (365 GTB/4) that claimed a 1-2-3 victory at the famous racetrack; the F40, the world’s first hypercar and, in the modern line-up, the La Ferrari. They’re among some of the most beautiful, high-performance and aspirational cars ever built. Possibly the most important however – at least when it comes to value – is the 250 GTO, all $45 million-worth of it. 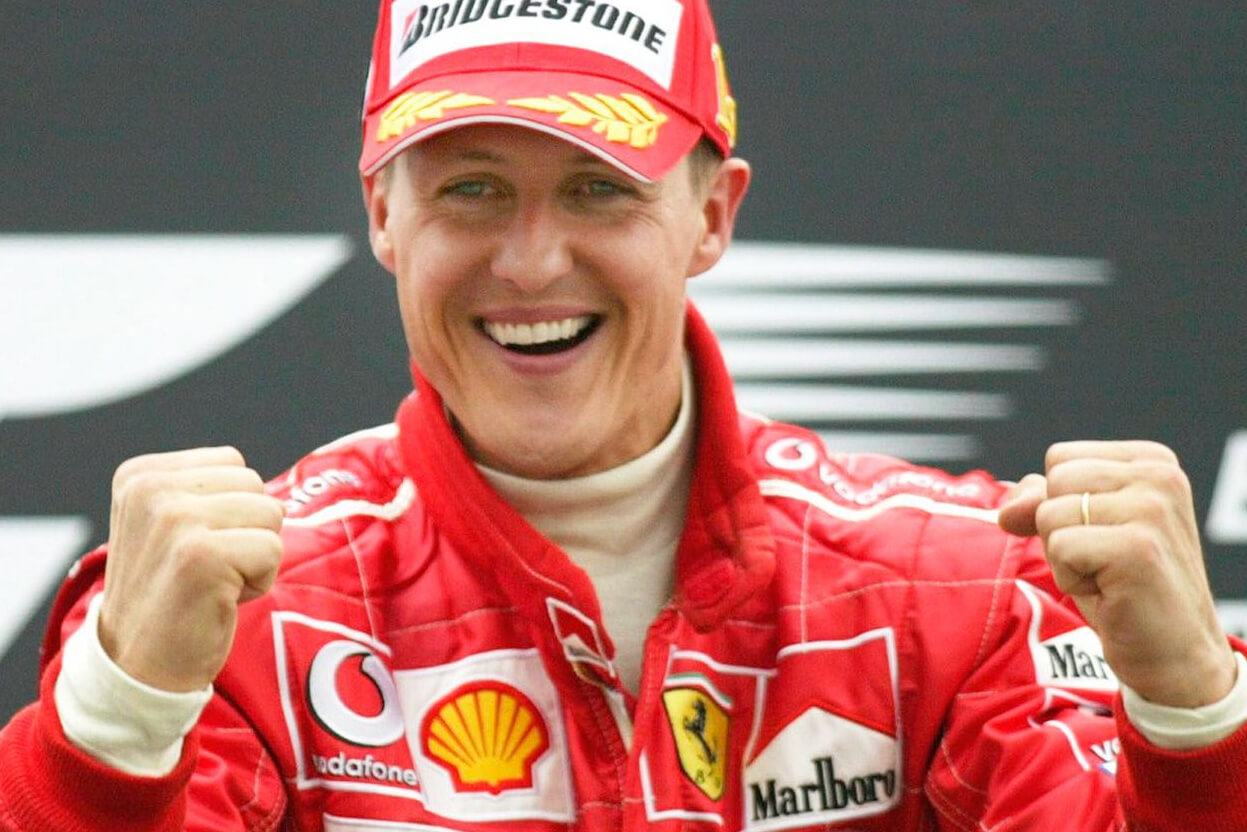 FORD Their Performance team has done plenty over the years, with a solid 176 wins throughout F1 history, 91 world rallies and a phenomenal 676 in NASCAR. Where its heart is though is GT Racing. It was after all a determination to win Le Mans that created their iconic GT40 racer, a programme that was revived for the 50th anniversary of that win. In short it has consistently won in the type of racing that translates best to the road.

FERRARI To call Scuderia Ferrari successful is an almost impossible understatement. In fact, they’ve won every competition they’ve entered at some point or another. That said, F1 is their baby and they remain the most successful team in the Grand Prix ever with 16 constructor championships, 15 drivers’ championships, 237 wins and a staggering 764 podium places in 578 races. Granted a good part of that was under Schumacher’s rein in the 2000s but they’ve not exactly been shoddy since.

FORD Their racing pedigree started as early as 1896 with the eponymous Henry Ford, the gentleman racer of the era. Still, that was a long time ago and Ford has had plenty of other famous names in its cockpits, including Bruce McLaren (yes, that McLaren), legendary Brit Jim Clark and Jacky Ickx, the second most successful Le Mans driver in history behind Tom Kristensen. Not quite the household names Ferrari can lay claim to, but drivers that are eminently respected all the same.

FERRARI We’ve already mentioned Schumacher’s domination of the early 2000s when he and Ferrari were nigh-untouchable, but he follows in a long line of personalities behind the wheel. There was the inconsistent yet brilliant Clay Regazzoni; Alberto Ascari, the driver of the first Ferrari ever built and Nicki Lauda, a man whose story and on-track rivalry deserved a film of its own – and got one in Rush. Ferrari has always attracted gifted drivers, many of whom are almost as iconic in the racing world as the prancing horse.

FORD As a company Ford is McDonalds to Ferrari’s Patty & Bun, meaning much higher production – 6 million units in 2018 – and much, much more money. In fact, Ford is valued at around 35 billion, one of the most profitable names in the car world. Its GTs are there for prestige of course, but it’s the day-to-day vehicles that bring home the bacon, be that the workhorse Transit or the zippy, practical hatchbacks.

FERRARI As of 2017, Ferrari was making €3,417m per annum. It’s an impressive figure for sure, and all the more so given that it produced just over 9,250 cars, averaging out at nearly €370,000 per car. Some of that will have come from the likes of Ferrari World but no matter how you cut it, Ferrari is a luxury juggernaut, valued at (again, in 2017) just over €4 bn.

FORD The GTs are still one of the cars that collectors fawn over and Mustang still has plenty of cache attached to it. But Ford is not a prestigious name. It is successful and held up as one of the most influential companies in history, but nobody aspires to own simply ‘a Ford’. Except maybe the Focus RS. That’s a lot of fun.

FERRARI There’s not much to be said here other than that Ferrari is as much of a luxury icon as Rolex. Sure some might opt for more extreme hypercars or prefer something more luxurious like Rolls-Royce, but Ferrari is the single most sought-after car maker on the planet, something that won’t be changing any time soon.

The underdog story of Le Mans 1969 and the GT40 is a good one; but that’s just it, an underdog story. Ford has always been a mass-production manufacturer and despite its legendary GTs, Ferrari is unassailable. Supercars is what they do and they do it damn well – even if there’s far less money in it.

Next up: Face-Off: ROBERT DE NIRO VS AL PACINO