Two big-screen stars that also so happen to be two of the most evocative figures in watch collecting, Steve McQueen and Paul Newman were a couple of 70s Hollywood’s biggest names. So who will take the podium? The counterculture King of Cool or the auto-obsessed renaissance man? Start your engines…

PAUL NEWMAN He might not have had the cultural impact of McQueen’s super-cool leading men but Newman had the acting chops. He won an Oscar in 1986 for The Colour of Money, Best Actor at the Cannes Film Festival for The Long, Hot Summer and is one of only four actors to be nominated for Academy Awards across five decades, putting him up there with Michael Caine, Laurence Olivier and Jack Nicholson. The less said about his role in Disney’s Cars, the better.

STEVE MCQUEEN The instant image you have in your head of McQueen right now is Le Mans, right? It’s an iconic bit of Hollywood racing, even if it flopped. That didn’t stop McQueen being the highest-paid movie star in the world, thanks to the likes of The Thomas Crowne Affair, The Magnificent Seven and The Great Escape. His filmography sounds like a rundown of your dad’s favourite classics. 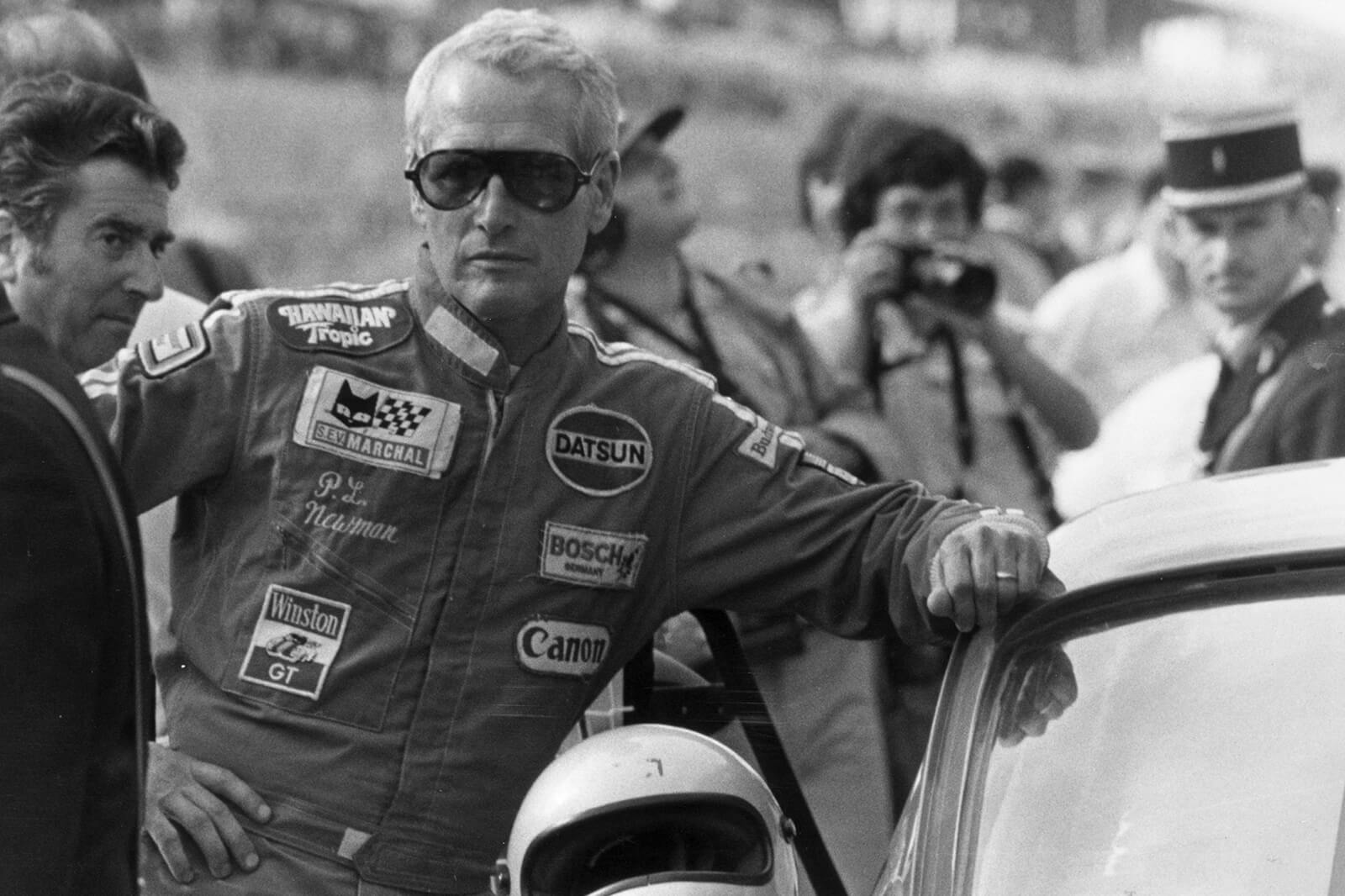 PAUL NEWMAN If racing was a side-bet for McQueen, it was Newman’s all-in. According to the man himself: “It was the first thing that I ever found I had any grace in.” Grace he had: he won four national championships, came second (but first in class) at Le Mans and ran his own Can-Am and Indy racing team. He was still racing at 70, becoming the oldest winning driver in a sanctioned race at the 1995 24 Hours of Daytona. He said he’d quit “when I embarrass myself” which, given he raced at Lime Rock at 81, never really happened.

STEVE MCQUEEN The driving in Bullitt is what made the film as much as McQueen’s effortless cool, and it’s impressive that he did many of his own four-wheeled stunts during the filming. It’s no surprise then that McQueen had racing aspirations, with a one-off outing in the British Touring Car Championship in 1961 and a host of off-road motorcycling races. In fact, you can find him in the Off-Road Motorsports Hall of Fame; he even designed a racing bucket seat.

PAUL NEWMAN Needless to say, Newman’s garage was a little more track-oriented than McQueen’s. He first raced in his own Triumph TR6, followed by a Nissan 200SX that racked up 19 wins in 22 races between ‘78 and ‘79. In fact, he took many a Nissan to the track, as well as the Porsche 935 that he took to Le Mans. The cream of the crop however is his championship-winning Datsun, a grail car that the so-called Newman collector Adam Carolla would kill to own.

STEVE MCQUEEN Let’s give a brief highlight reel. Ready to drool? The Porsche 917, Porsche 908 and Ferrari 512 from Le Mans; a Ferrari 250 GT Berlinetta Lusso; a Jaguar XKSS (now at the Peterson Automotive Museum); a Porsche 356 Speedster 1600 Super; a number of Hudsons; a customised Mini Cooper-S and a pickup truck. One thing does make us sad though: McQueen never actually got his hands on Bullitt’s iconic Ford Mustang GT 390 (pictured above).

PAUL NEWMAN What really needs to be said here? The Paul Newman Daytona is arguably the world’s most sought-after vintage watch with its iconic contrasting chronograph subdials. The one he genuinely owned is to this day the most expensive wristwatch ever sold at auction, at $17.75 million. In fact, the man is inextricably linked with Rolex and is often cited as the main reason the Daytona’s waiting list is longer than the Kardashian’s monthly plastic surgery bill. That’s not a bad horological legacy at all.

STEVE MCQUEEN Cars and watches go hand-in-hand, and McQueen was no exception. The watch most associated with the actor is undoubtedly the Heuer Monaco 1133 worn in Le Mans, yet that’s not all he wore. There was also the Jaeger-LeCoultre Memovox from The Thomas Crowne Affair and a pair of Rolexes: The Speedking from The Great Escape and a Submariner from The Towering Inferno. Like Newman, he also has a Rolex named after him: the 1655 Explorer II. 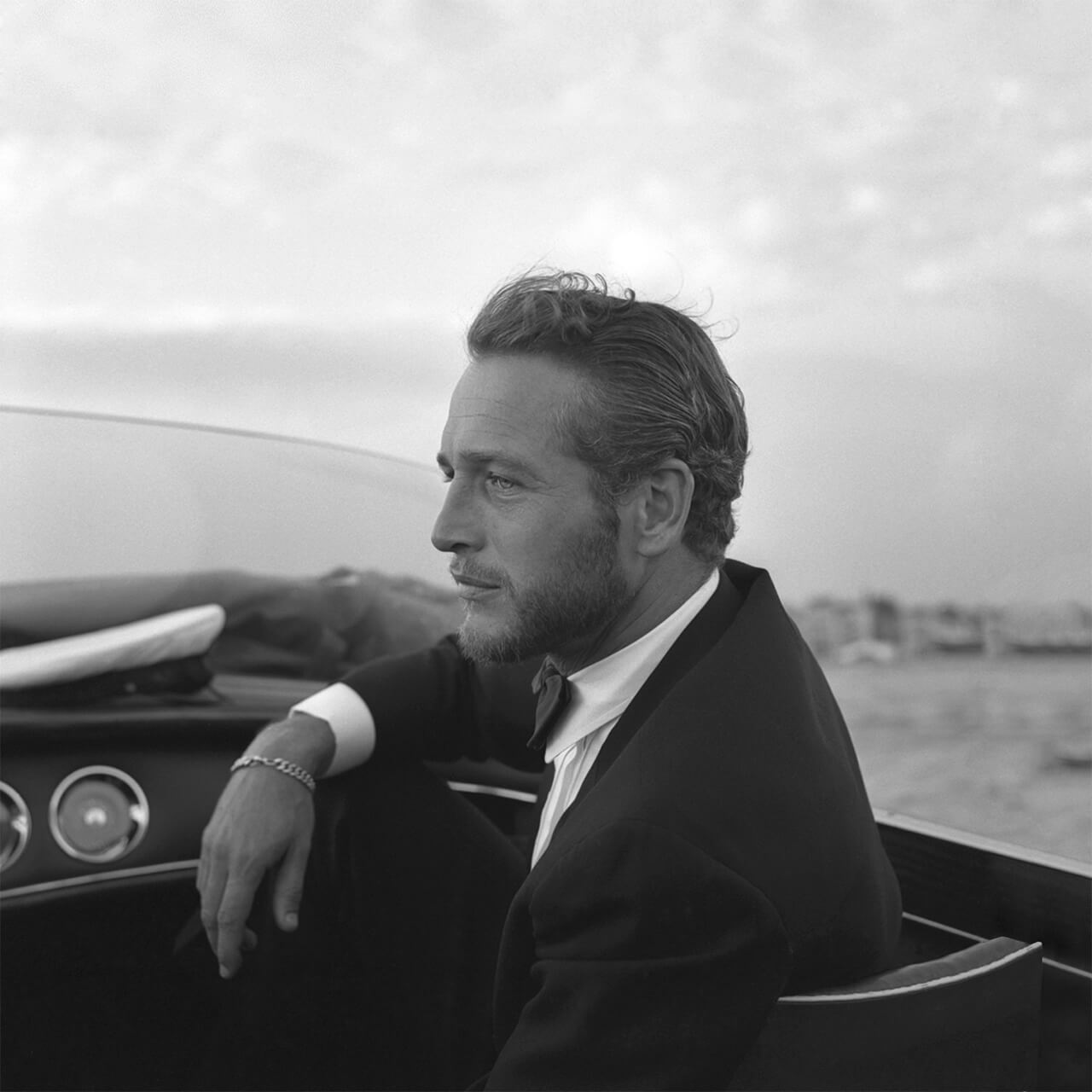 PAUL NEWMAN While not as edgy and cool as McQueen, Newman was no slouch in the style stakes. A less formal take on the Hollywood golden years, his was an effortless look with rolled up shirtsleeves, knitted ties and turtlenecks under suit jackets. Colour-wise it was generally tone on tone on tone and damn did it work. You know, when he was out of his racing overalls. 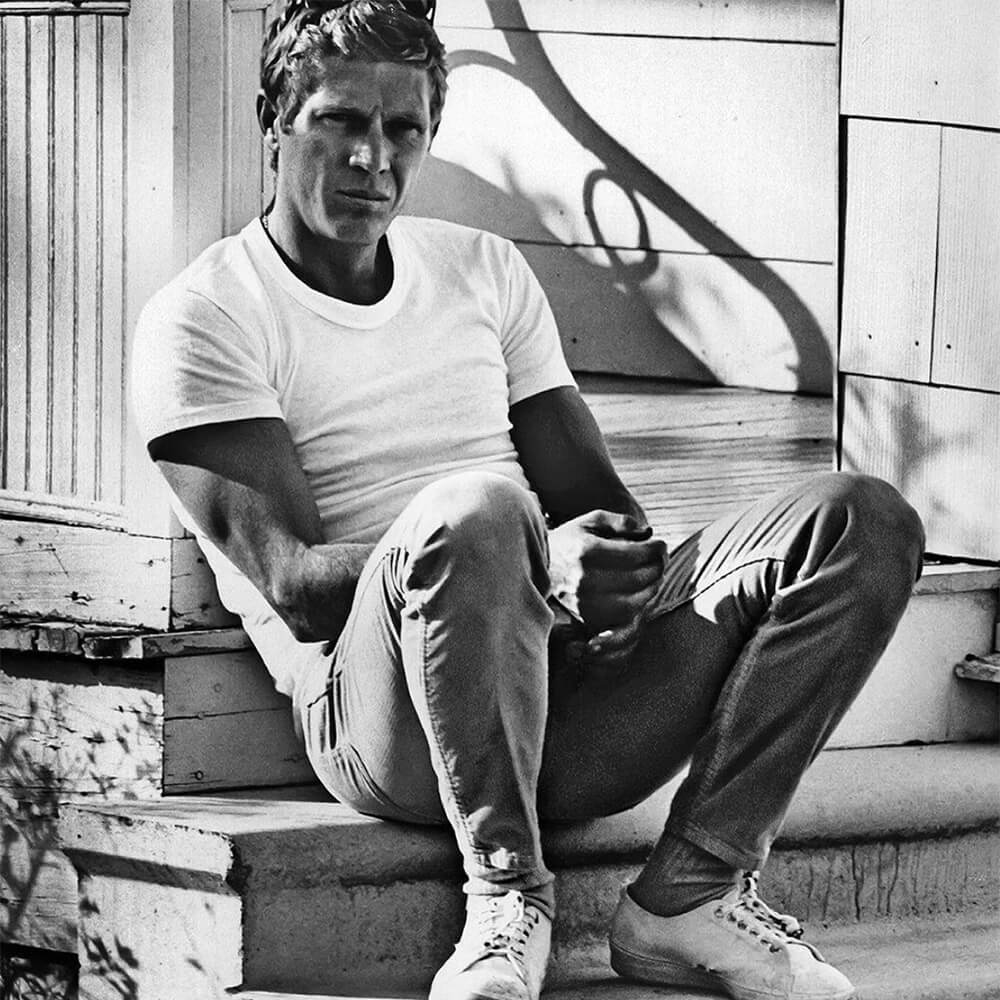 STEVE MCQUEEN McQueen’s title of King of Cool didn’t come out of nowhere. He was the epitome of Hollywood masculinity and his style reflected that. He was a fan of casual over formal, but sharp enough to cut yourself. Bomber jackets, sports jackets with turtlenecks or jumpers and more khaki chinos than you can count, the lines were always clean and the result always cool.

The King of Cool might dominate sartorially and with his epic car collection, but his horsepower is lacking everywhere else. Newman was a better driver, better actor and has the most sought-after watch in history to his name. He even won (in his class) at Le Mans – you know, the real one.