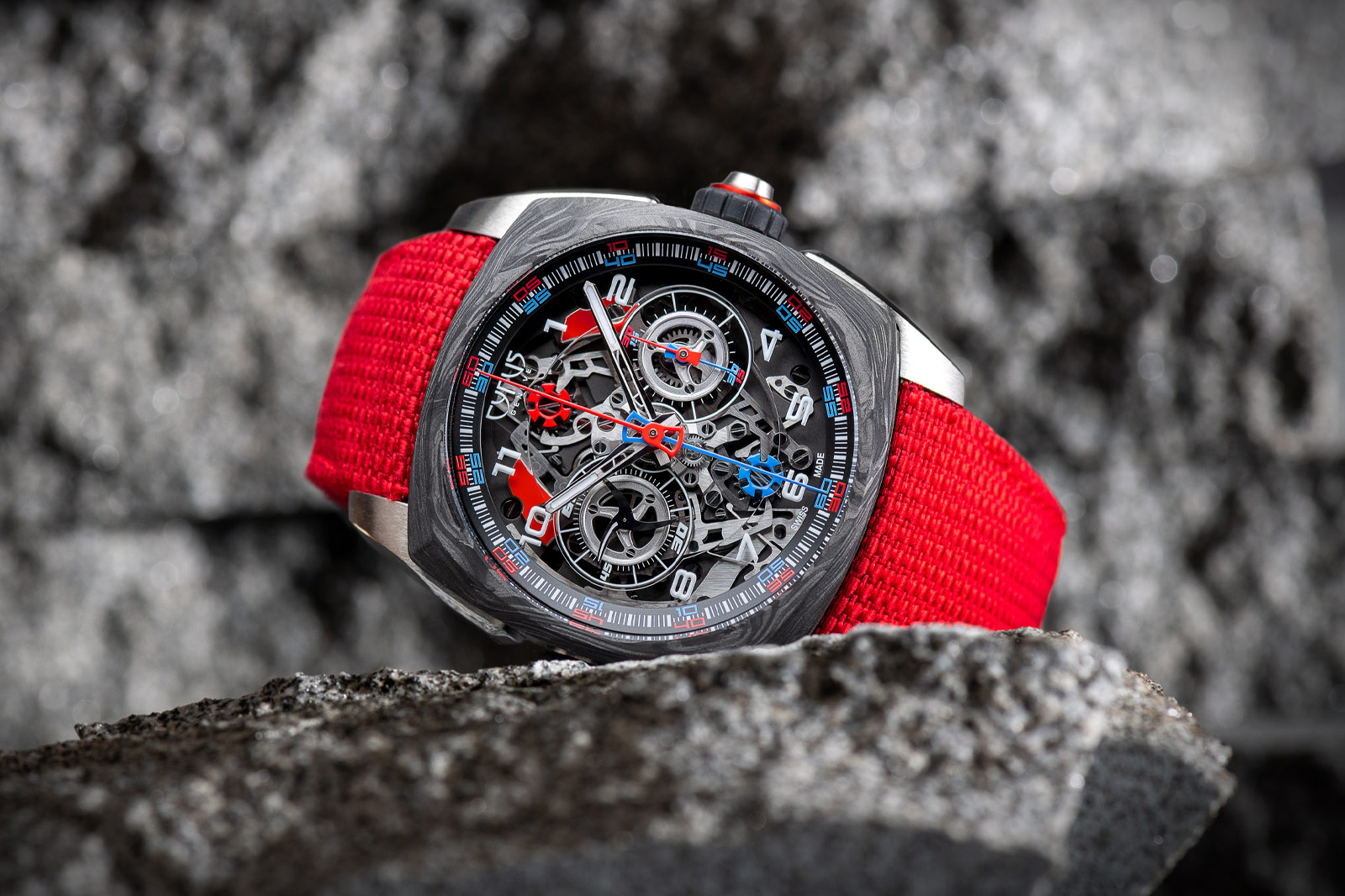 Last year Cyrus debuted their new chronograph complication, the Klepcys DICE (Double Independent Chronograph Evolution), which has two chronograph functions that can be used independently at the same time. Since its launch they’ve expanded the collection with a number of interesting redesigns such as the Lime from earlier this year. Now they’ve embraced its sporty side with the new Cyrus Klepcys DICE Racing edition. 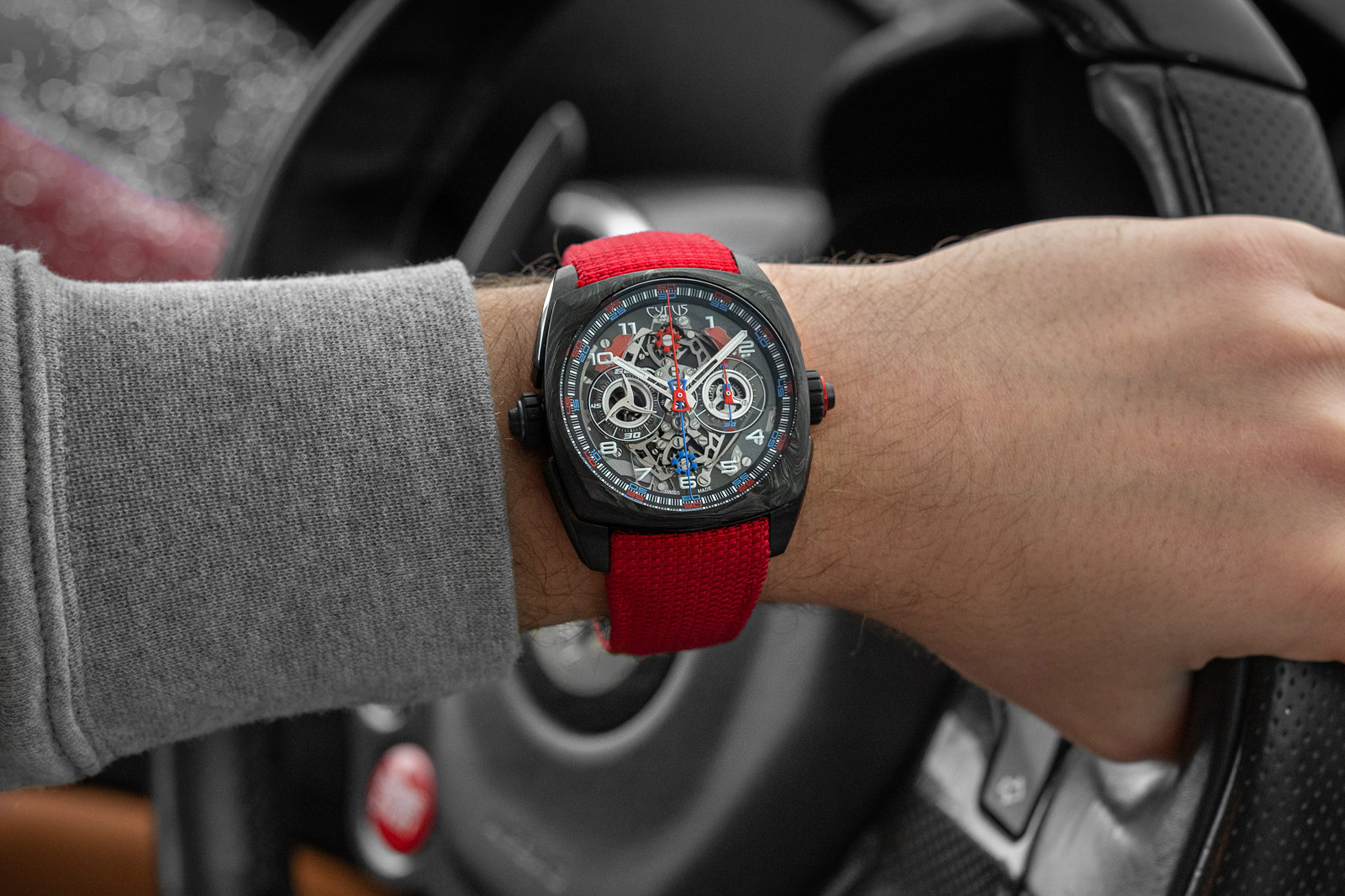 The origins of the Racing edition are based in the fact that Cyrus is one of the official sponsors for the Haas F1 team, although this isn’t a Haas edition watch or anything like that. Instead, it’s a celebration of the sport and the advanced materials that the two disciplines share. Specifically, we’re talking about carbon fibre because the Klepcys DICE Racing is the first time Cyrus has ever used the ultra-lightweight material on any of their watches. 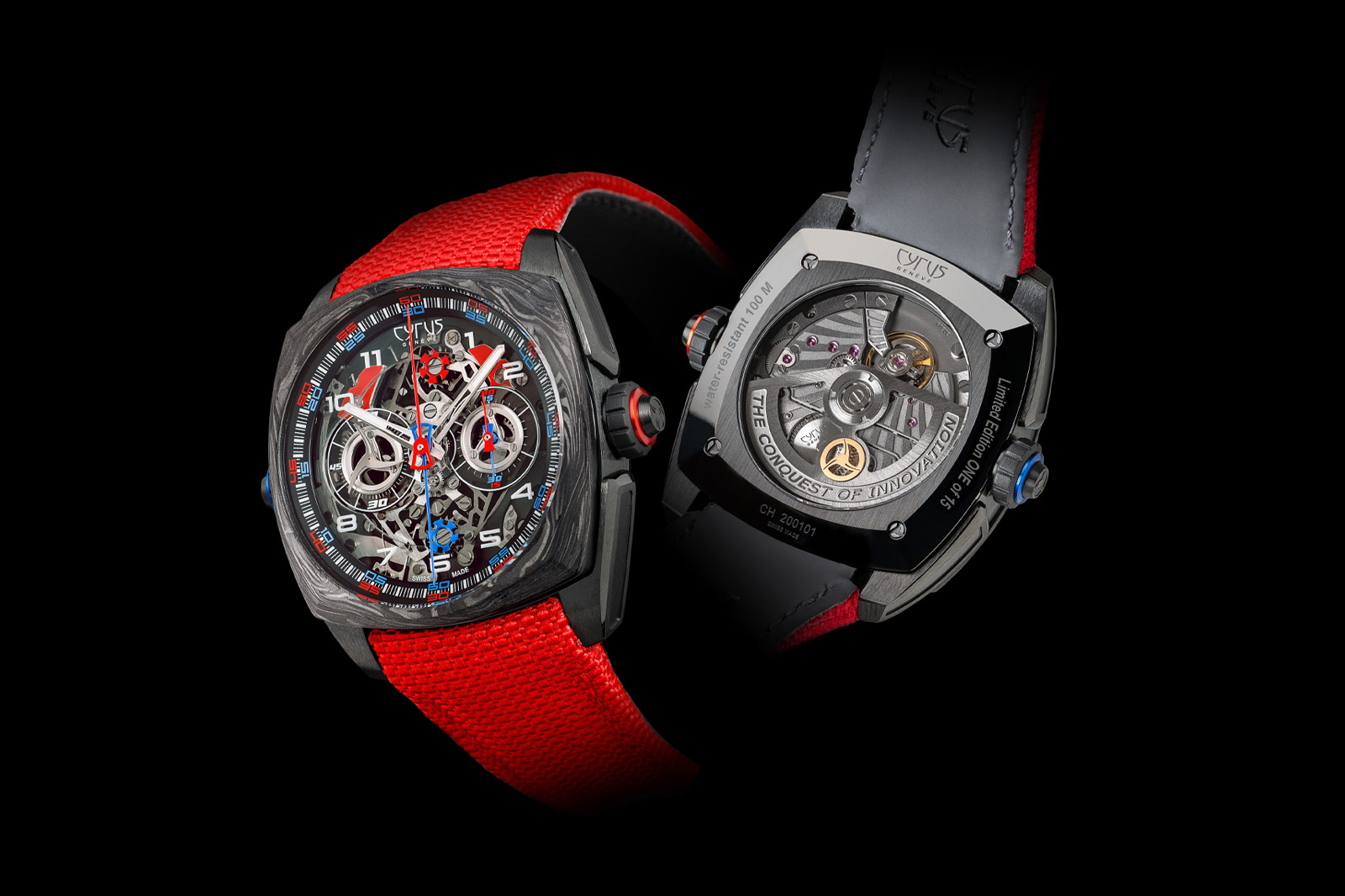 It’s been used for the matte bezel on the 42mm titanium case, giving the watch a technical, sporty aesthetic similar to the Girard-Perregaux Laureato Absolute Chronograph Aston Martin F1 edition. It works really well alongside the titanium case, which has a naturally darker lustre than steel. There’s also a second version of the Cyrus Klepcys DICE Racing edition with a black DLC coating, making for a completely stealth appearance. 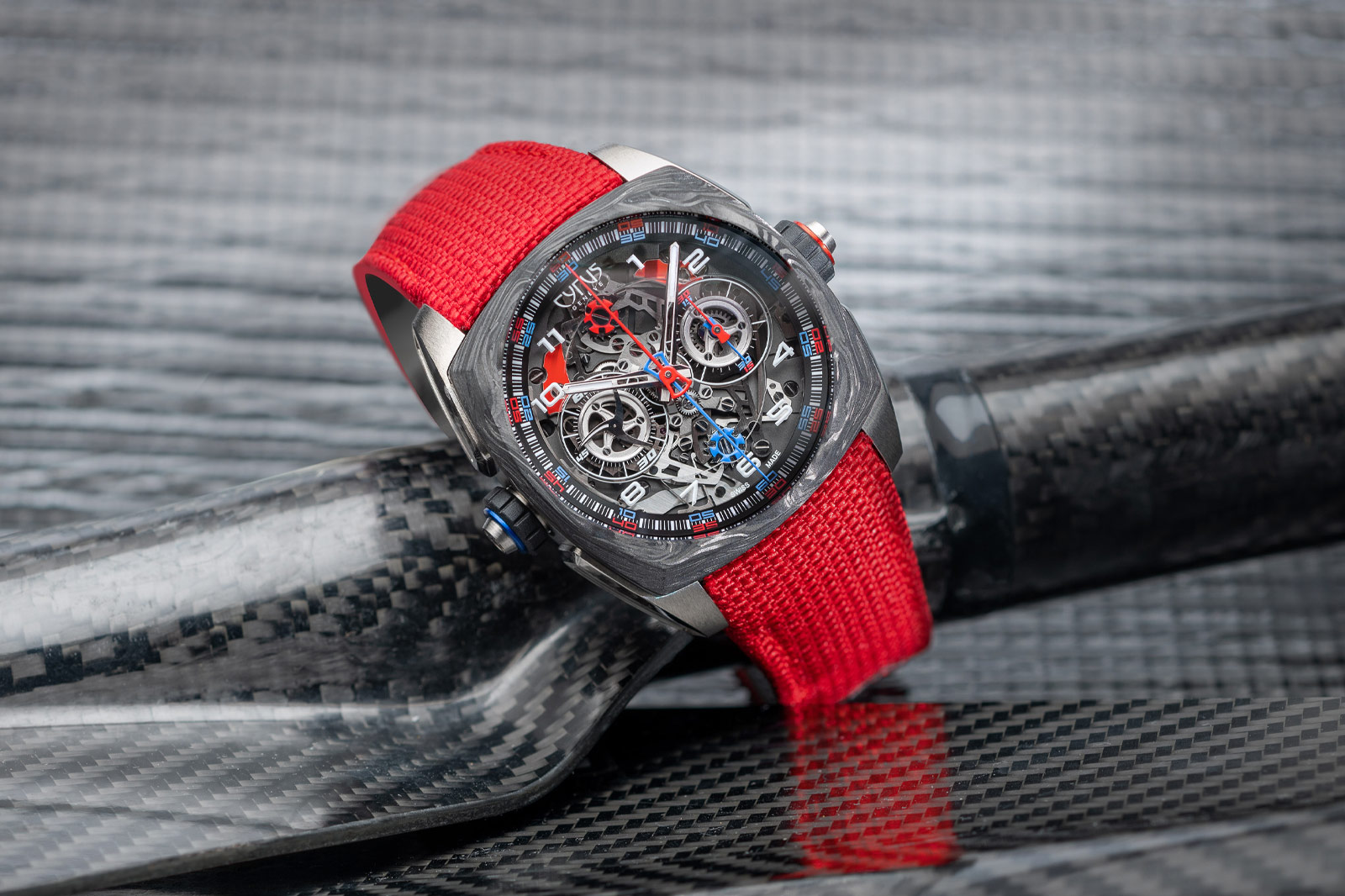 As with the previous models, the new watch has a skeletonised dial with brightly coloured scales and hands in two distinct colours. The blue numerals and hands correlate to one of the chronograph functions while the red ones relate to the second one. It’s very striking from a visual perspective and does a good job of retaining a semblance of legibility in an incredibly busy dial. The movement powering it all is the Calibre CYR718 with 60-hour power reserve and automatic winding. 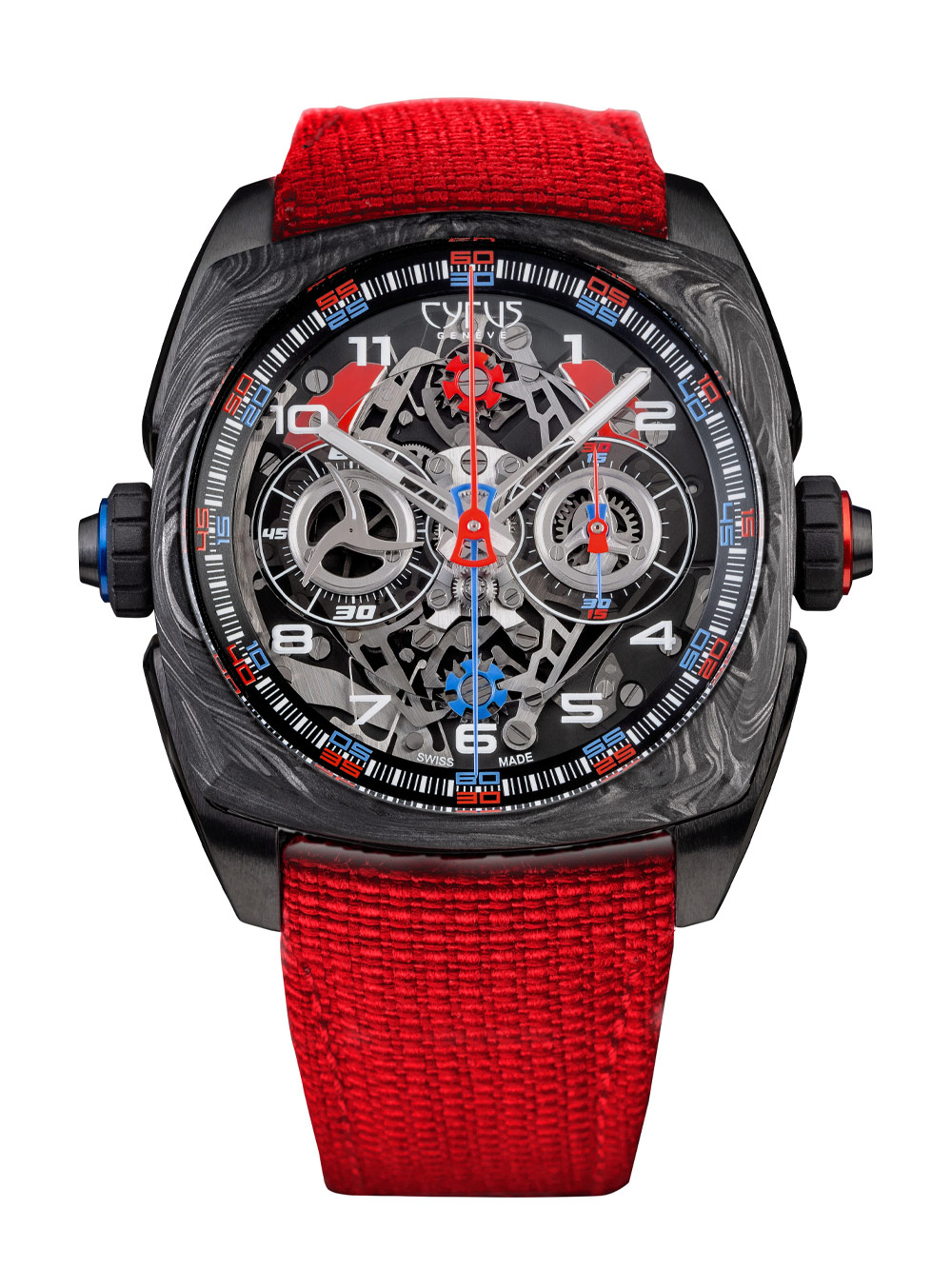 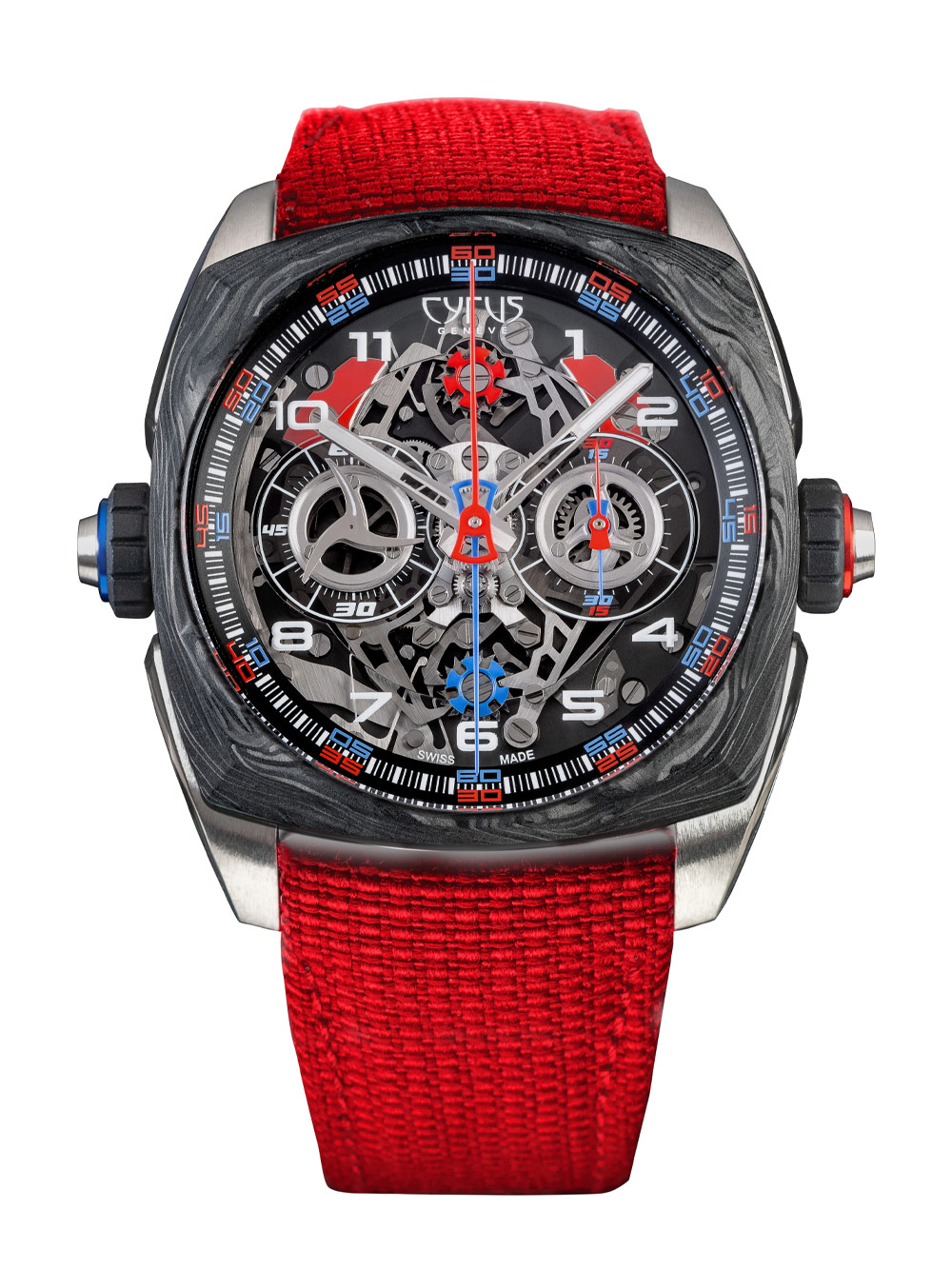 Both the plain titanium and DLC versions of the Klepcys DICE Racing are limited to just 15 pieces and are price on request. The DICE is one of the most intriguing complications on the market at the moment, rarer than even a rattrapante. Adding carbon fibre seems like a natural progression for both the collection and Cyrus’ skillset.