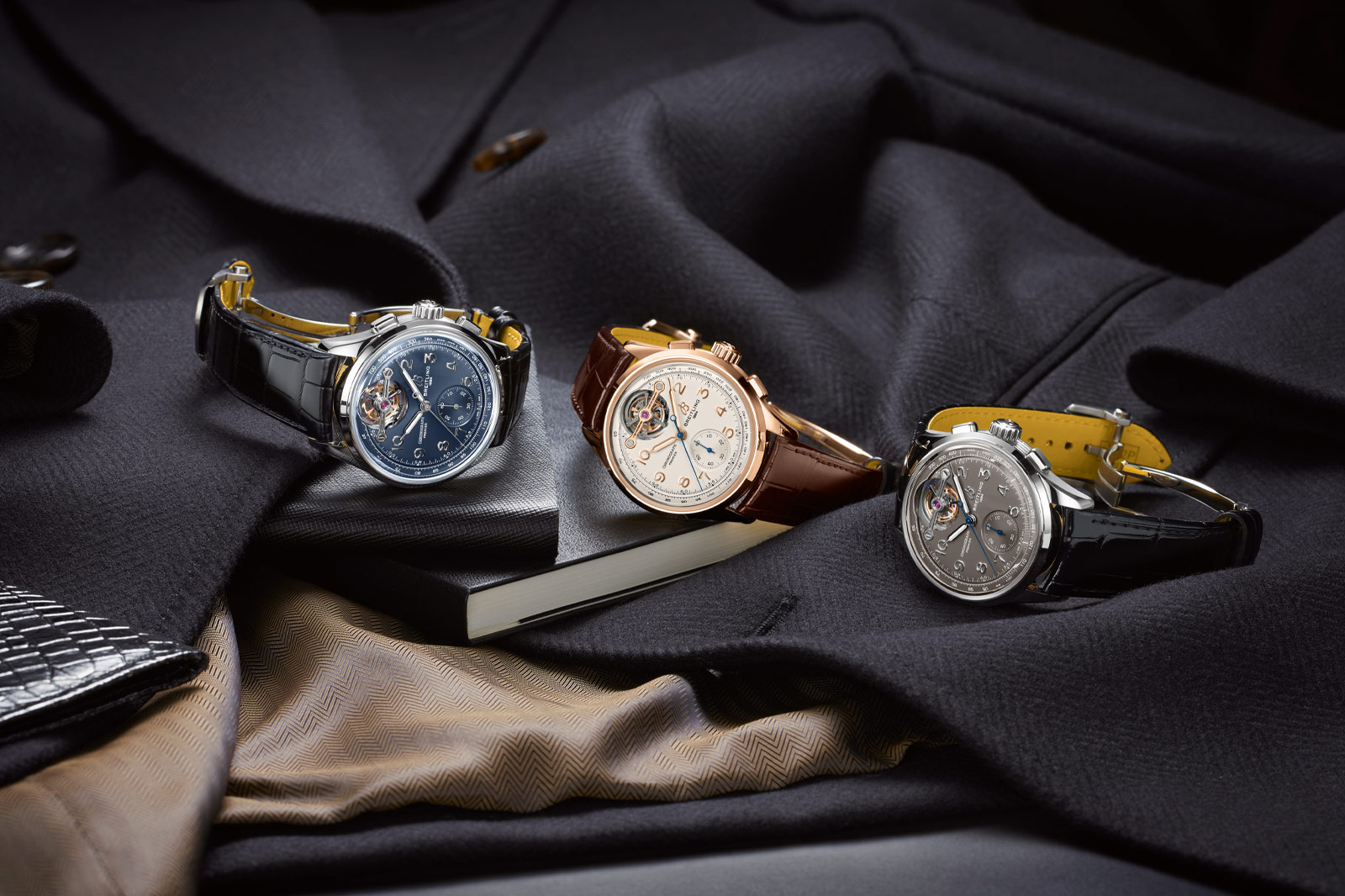 It’s been more than a little while since Bretling first unveiled the new incarnation of their Premier Collection back in 2019 and with all the noise around the Navitimer revamp the humble casual dress watch has gotten a bit lost in the mix. Which is why Breitling are giving it a not-so-humble new edition in the form of the Breiling Premier B21 Chronograph Tourbillon 42.

Although in its modern form the Premier’s not too old, as a name it dates all the way back to 1943, when Will Breitling built it as a middle finger to wartime austerity. So, it’s not too much of a surprise to see a more classical watchmaking twist on the formula – or that one at least commemorates Willy himself. 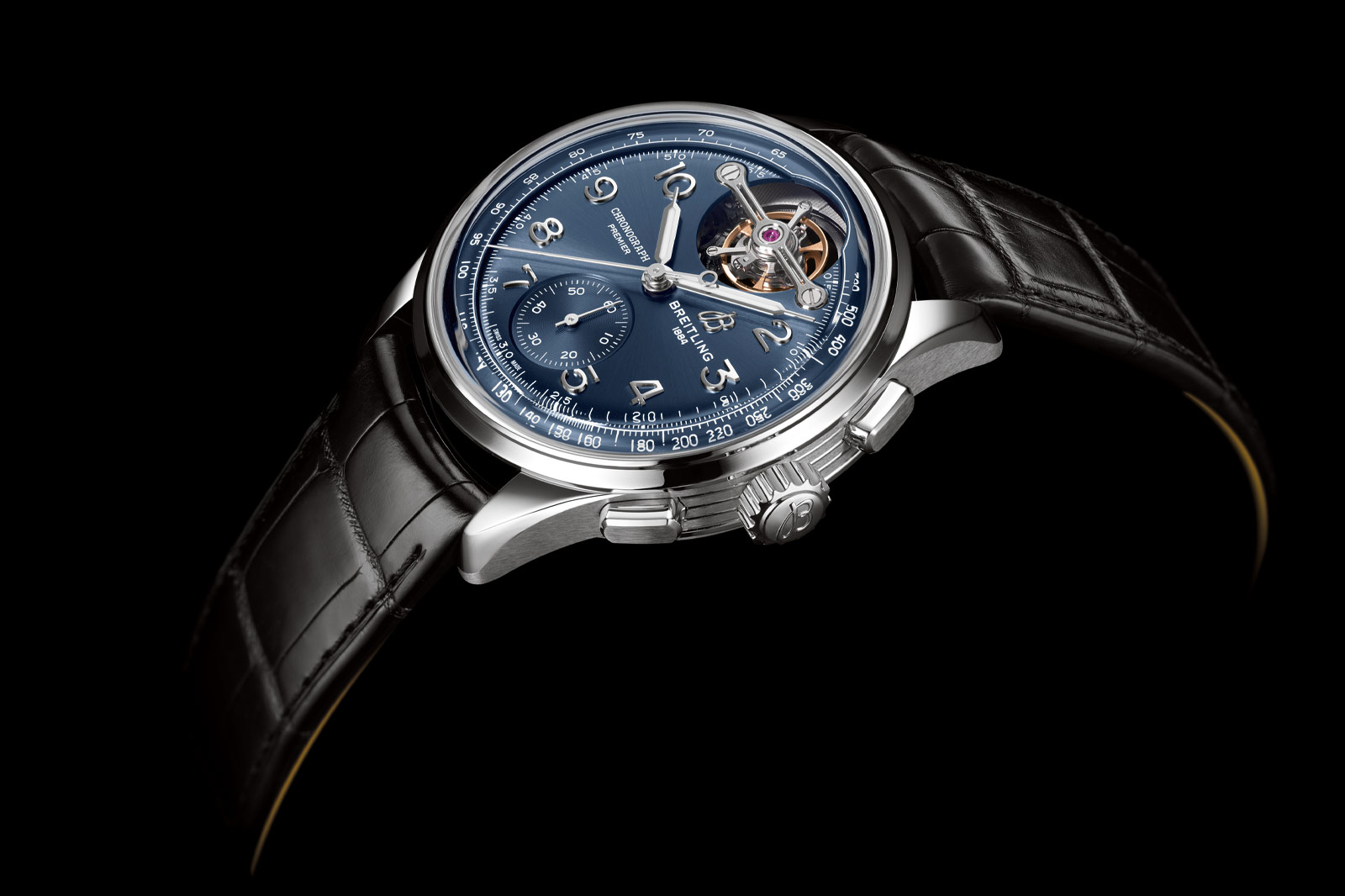 Indeed, each of the three tourbillon chronographs is named after one of the historical CEOs of Breitling. The Willy (don’t laugh) is rendered in platinum with a dark blue dial. The Léon Breitling, named after the original founder of the brand, is slightly more traditional in rose gold with a white dial and the Gaston Breitling (who ran the company between Leon and Willy) is in white gold with an anthracite dial. 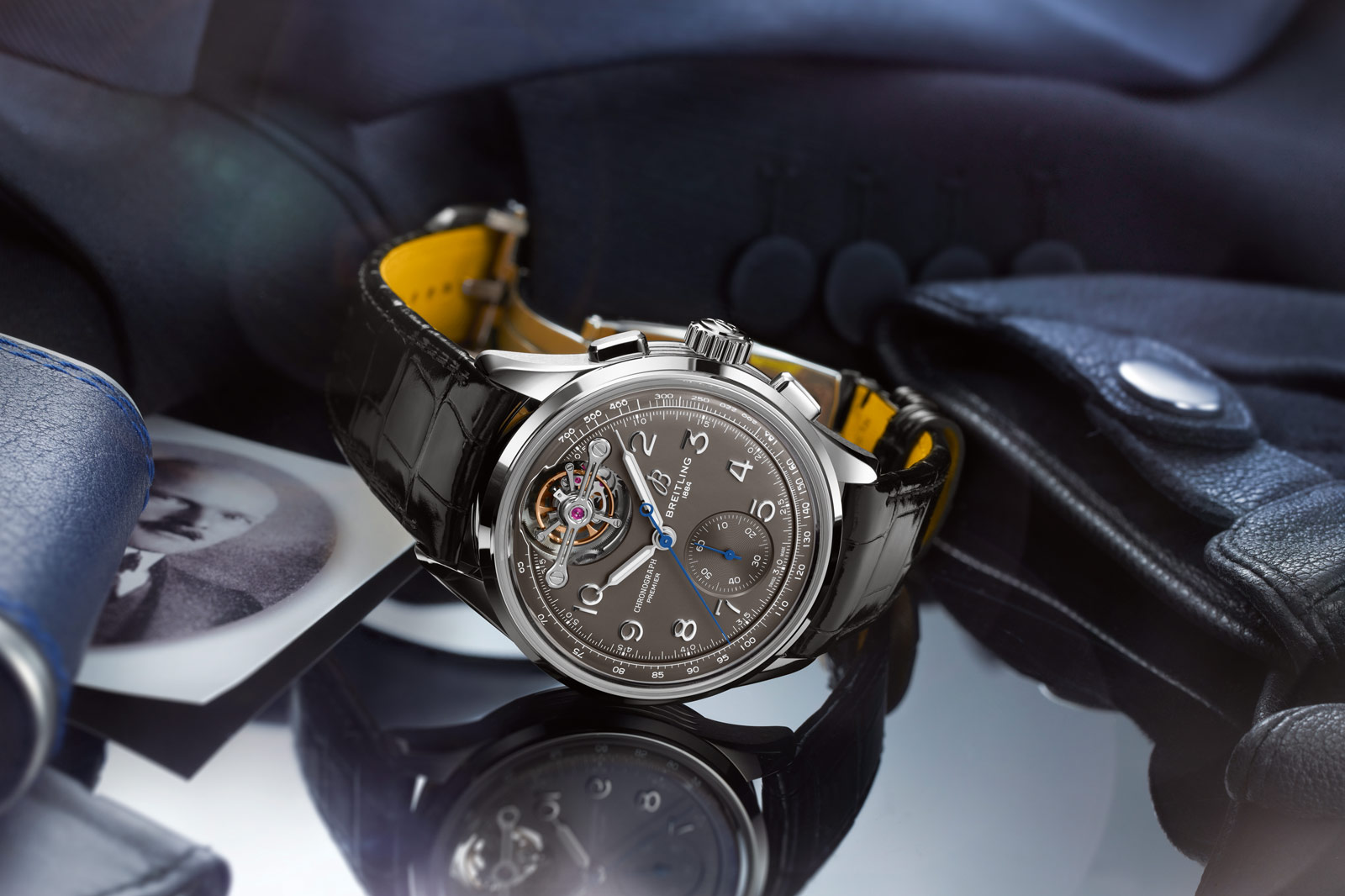 They’re all relatively safe colourways for this type of watch and each is incredibly handsome in its own right. Of the three I do prefer the Willy (seriously, stop laughing), but the Gaston is a close second with its cool, anthracite dial. The Leon’s just a touch too safely classical for me. Not that I’d turn one down, mind you. 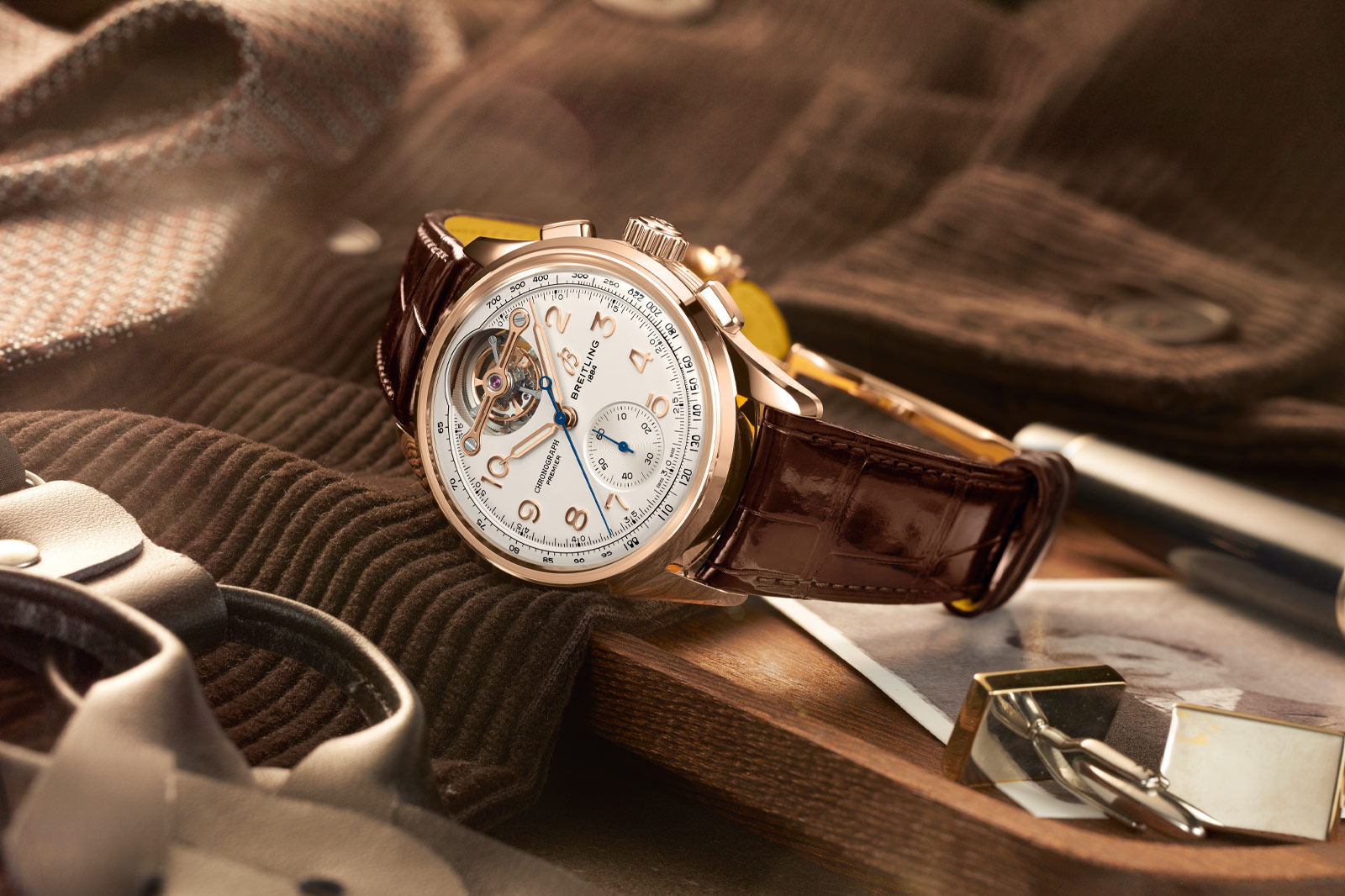 Breitling as a watchmaker aren’t particularly associated with tourbillons. Chronographs, sure, but tourbillons? Not really. That’s why, to build this trio of pieces, they enlisted the help of La Joux-Perret who had the delicate task of combining tourbillon with chronograph. It’s a solid piece of work, with a 55-hour power reserve and a column-wheel chronograph with a vertical clutch – pure, gorgeously classical watchmaking. 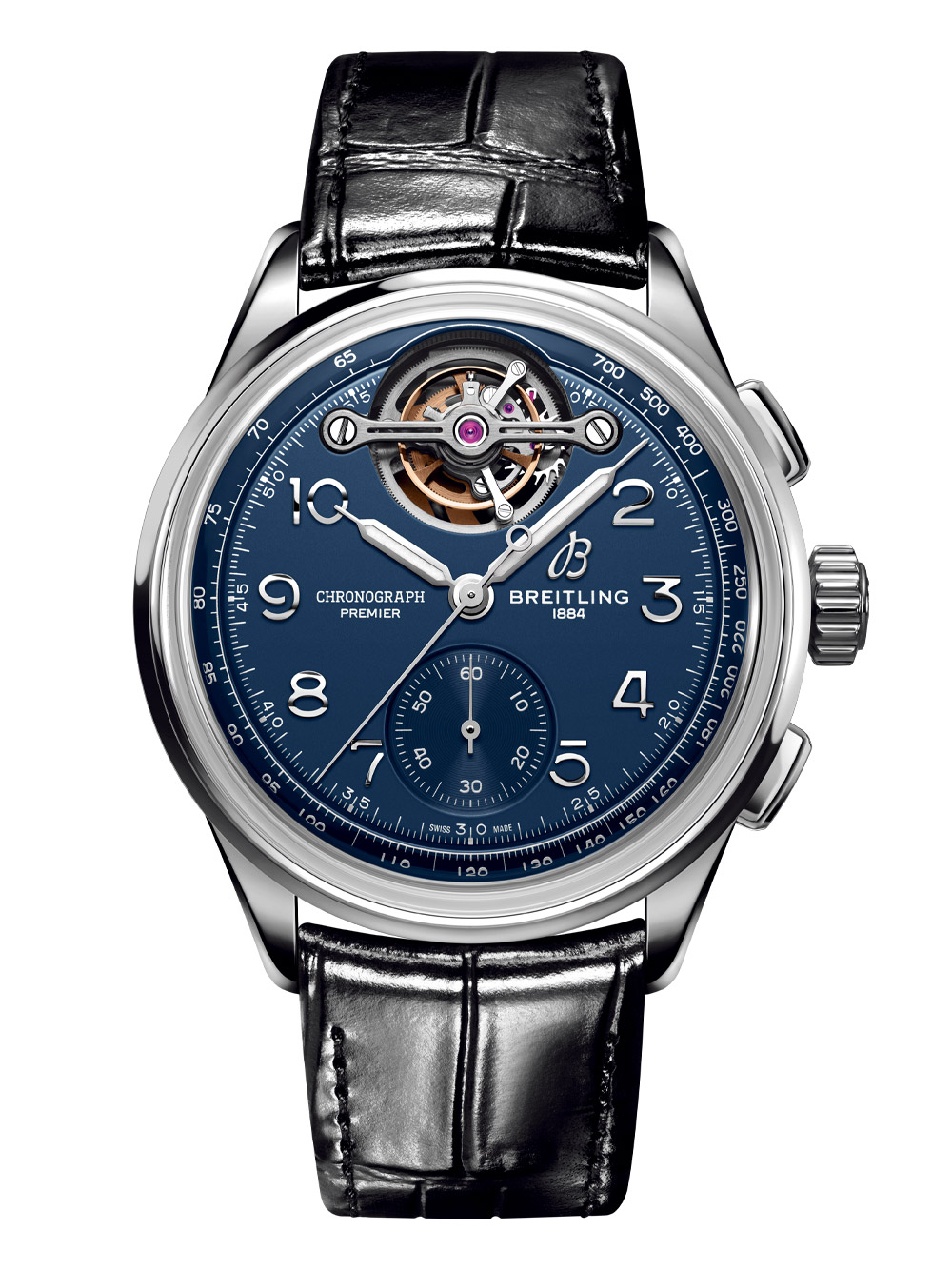 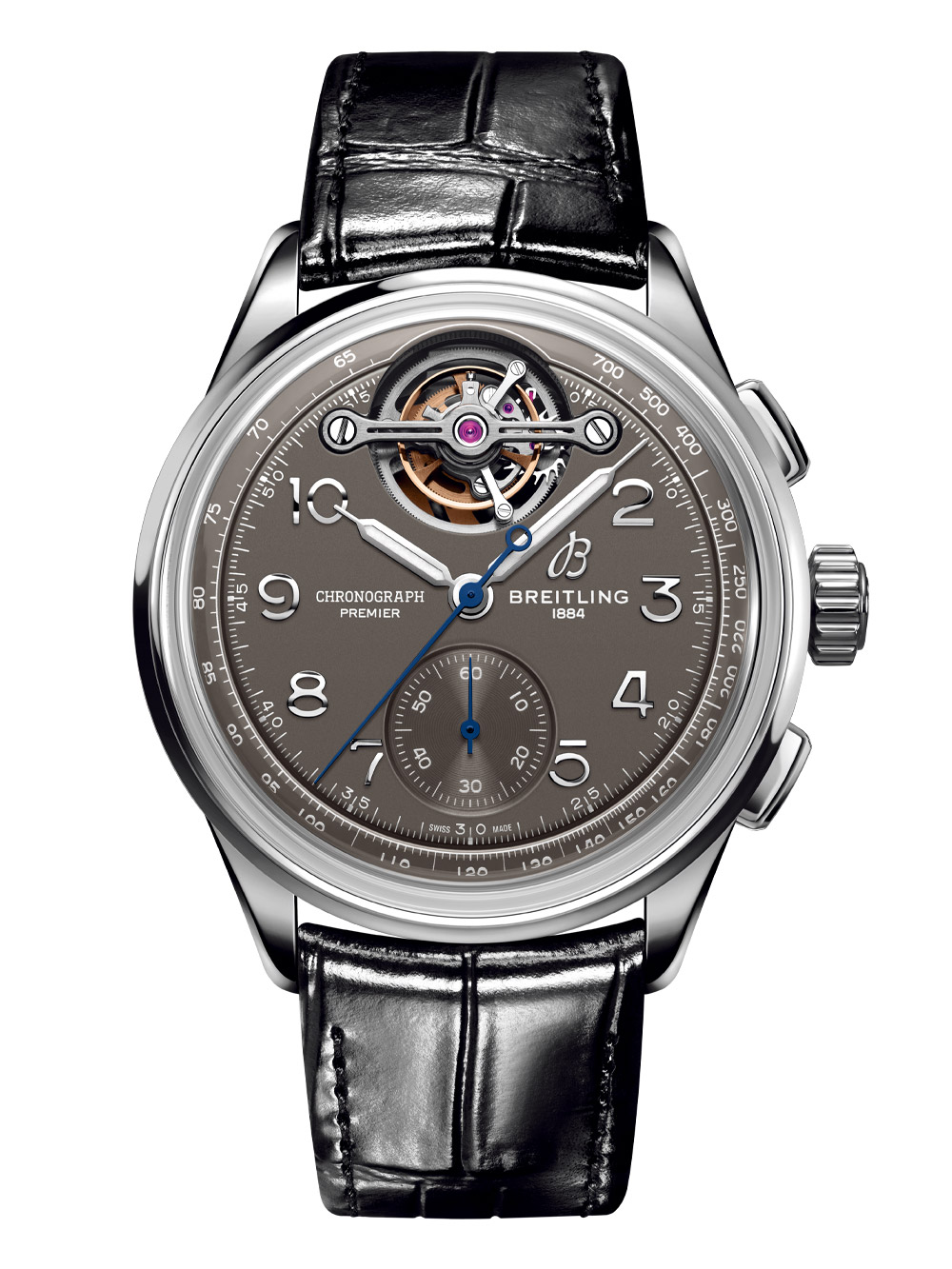 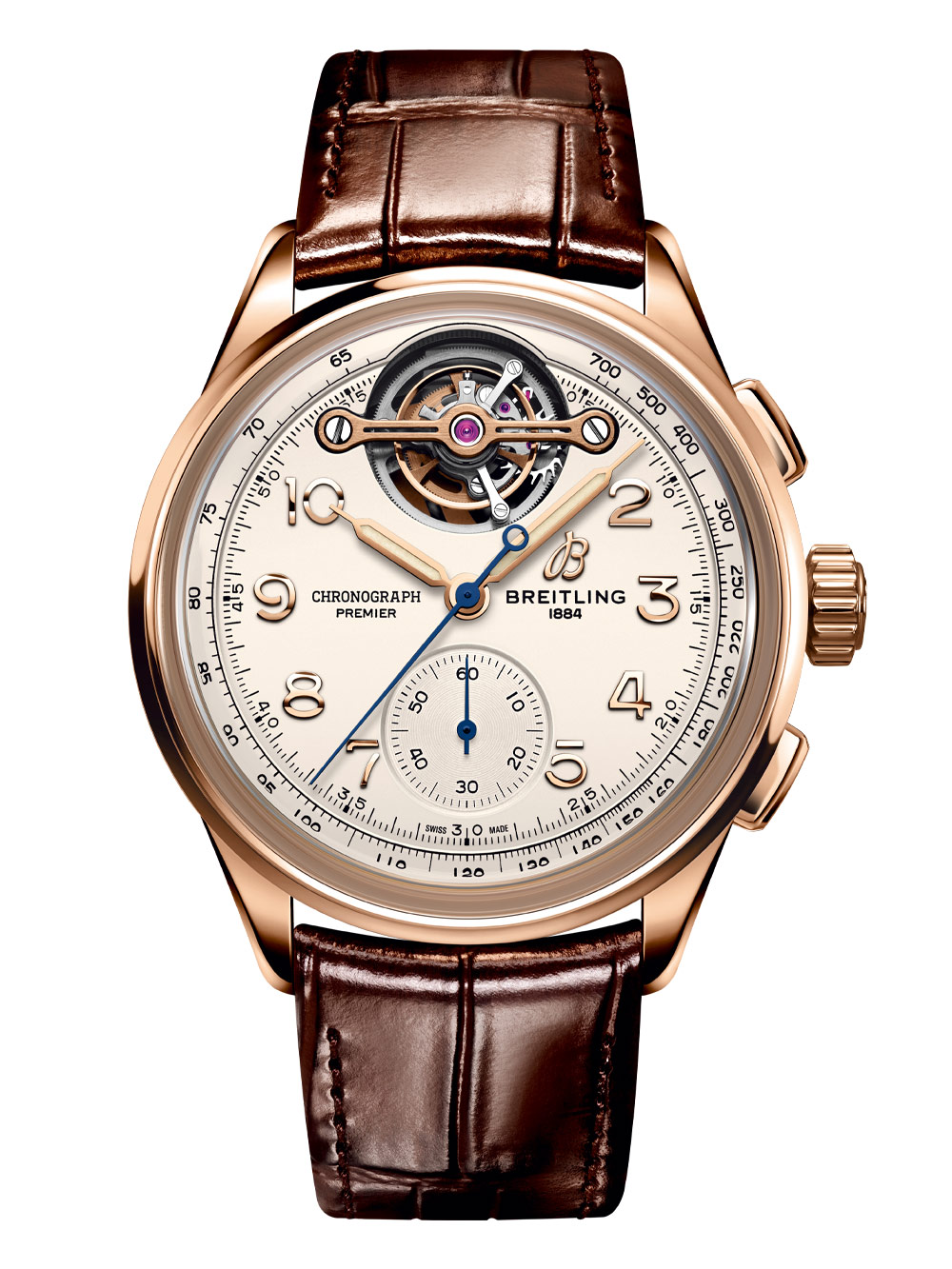 Sitting at a substantial-for-a-dress-watch 42mm, this trio of tourbillon-equipped chronographs is a new string to Breitling’s ever-growing bow and, while I don’t get as excited about tourbillons as some collectors, it’s still a big, horologically heavy release.