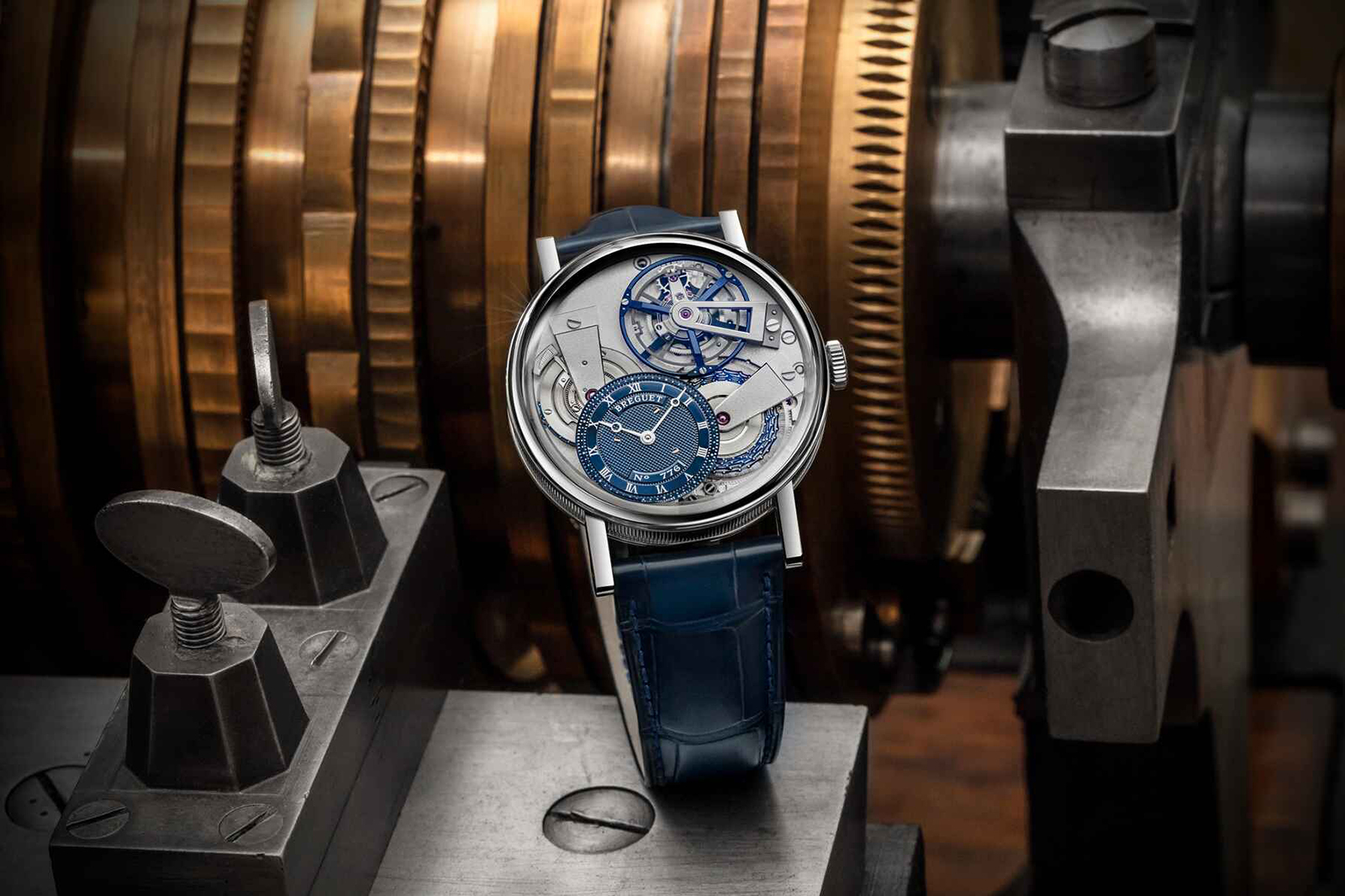 Abraham Louis Breguet is perhaps the best known watchmaker in the world despite having lived 200 years ago. He’s responsible for the creation of numerous horological elements that still see constant use in modern watchmaking, the most iconic of which is the tourbillon. 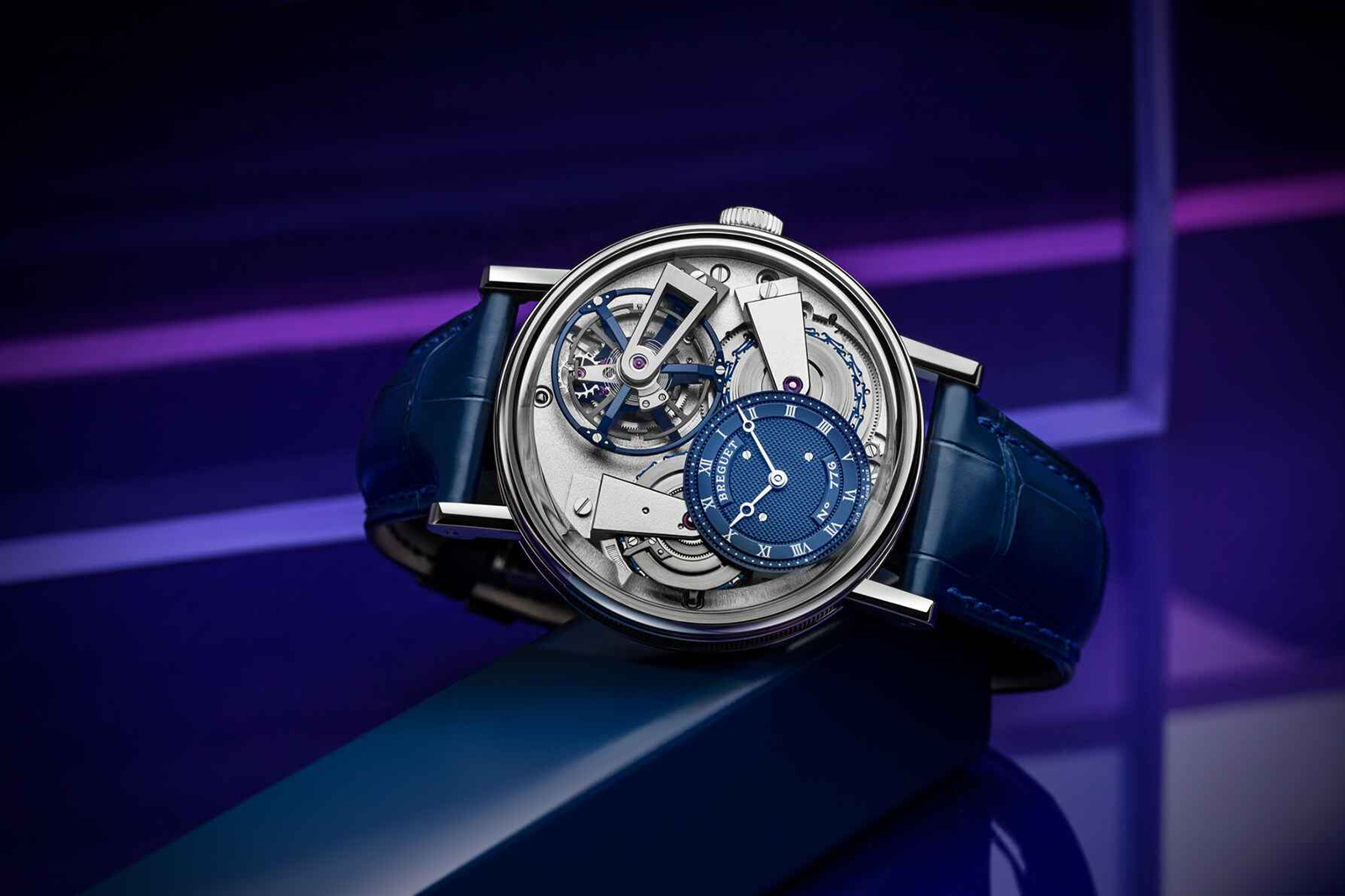 Over 221 years, many different types of tourbillon have been developed. For the Tradition 7047 Tourbillon Waltz Breguet have gone for a visually striking one by combining it with a fusée-chain constant force mechanism.

A fusée-chain operates by ensuring that there’s constant torque on the balance spring even as the power reserve becomes depleted, boosting the watch’s regularity. 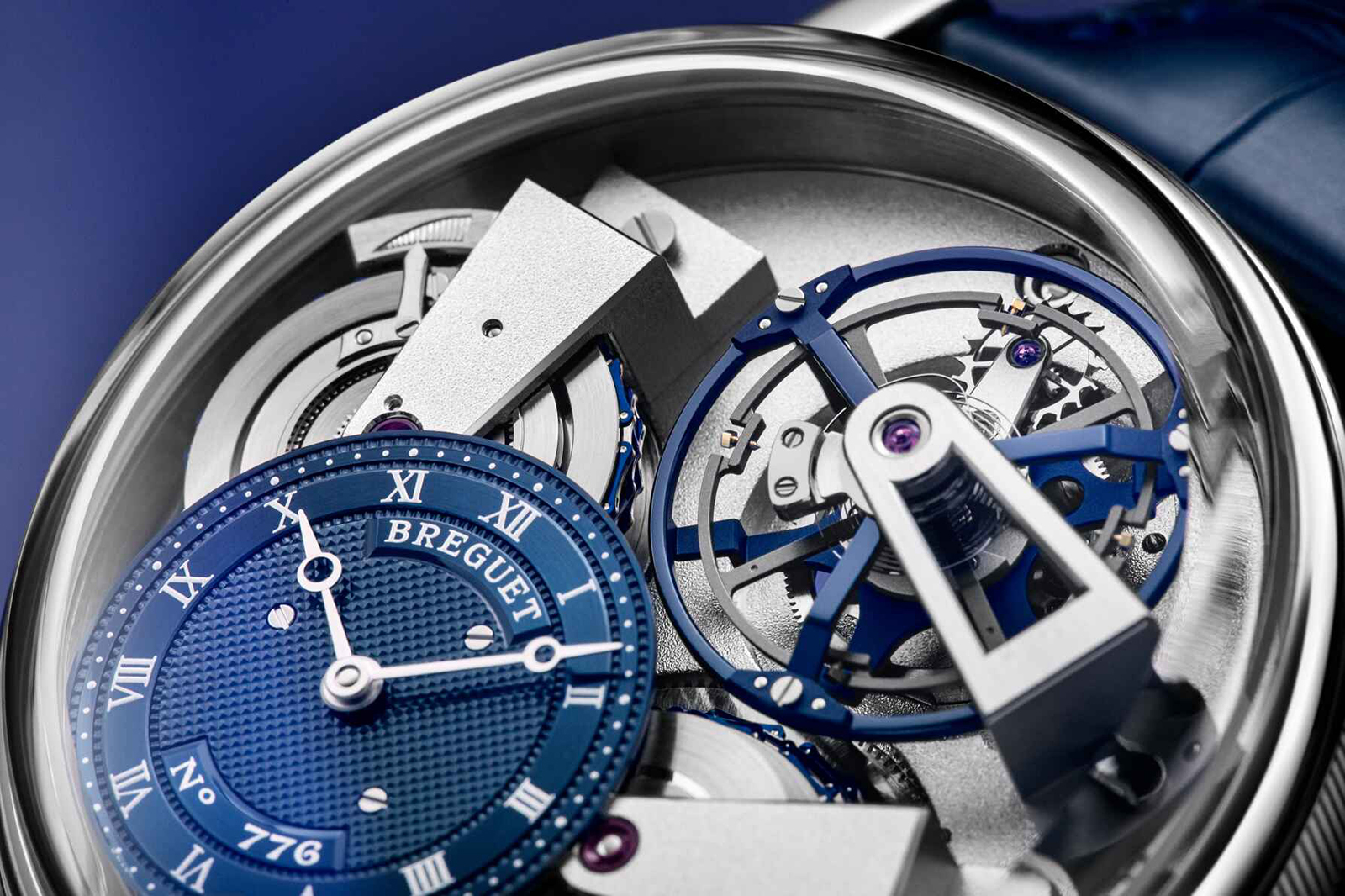 Style wise, the chain has been thermally blued making it incredibly easy to see it function on the skeletonised movement. Located to the left side of the fusée-chain is the off-centre hours and minutes guilloché dial, whereas above it is the titular tourbillon.

Both the dial and tourbillon cage are in a similar shade of blue to the chain, making them stand out from the metallic grey of the movement. The movement itself is the Calibre 569, a manual winding number with 50-hour power reserve. 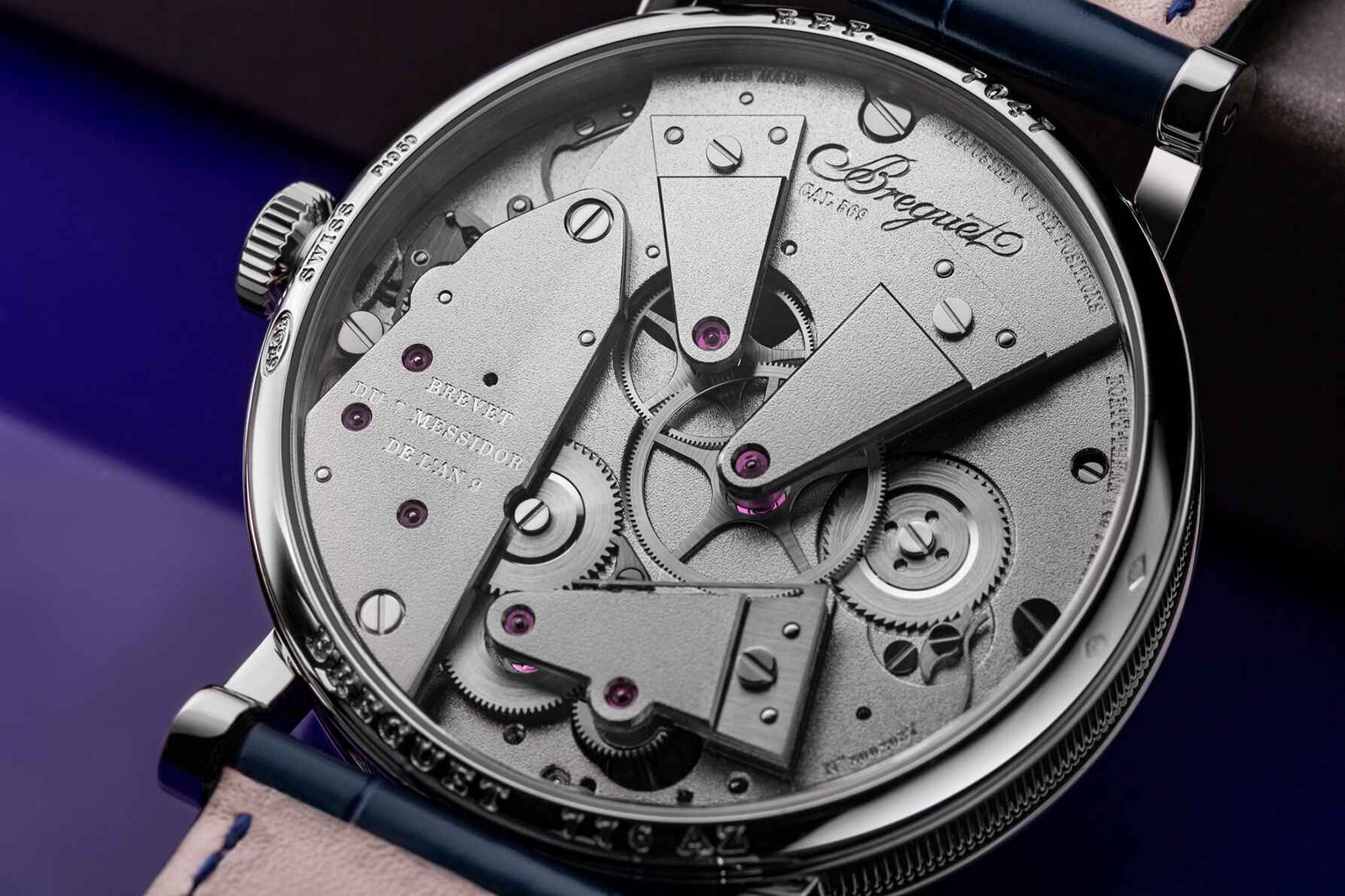 Of course, because of the constant force mechanism, the movement’s performance is the same whether it’s fully wound or in desperate need of a wind. The Tradition 7047 Tourbillon Waltz also benefits from a magnetic resistant silicon balance spring and silicon elements in the inverted in-line lever escapement.

All of which is housed within a 41mm platinum case, styled after the Breguet Tradition collection. Meaning it’s fairly minimal with straight lugs and an unobtrusive crown. It’s presented on a midnight blue alligator leather strap. 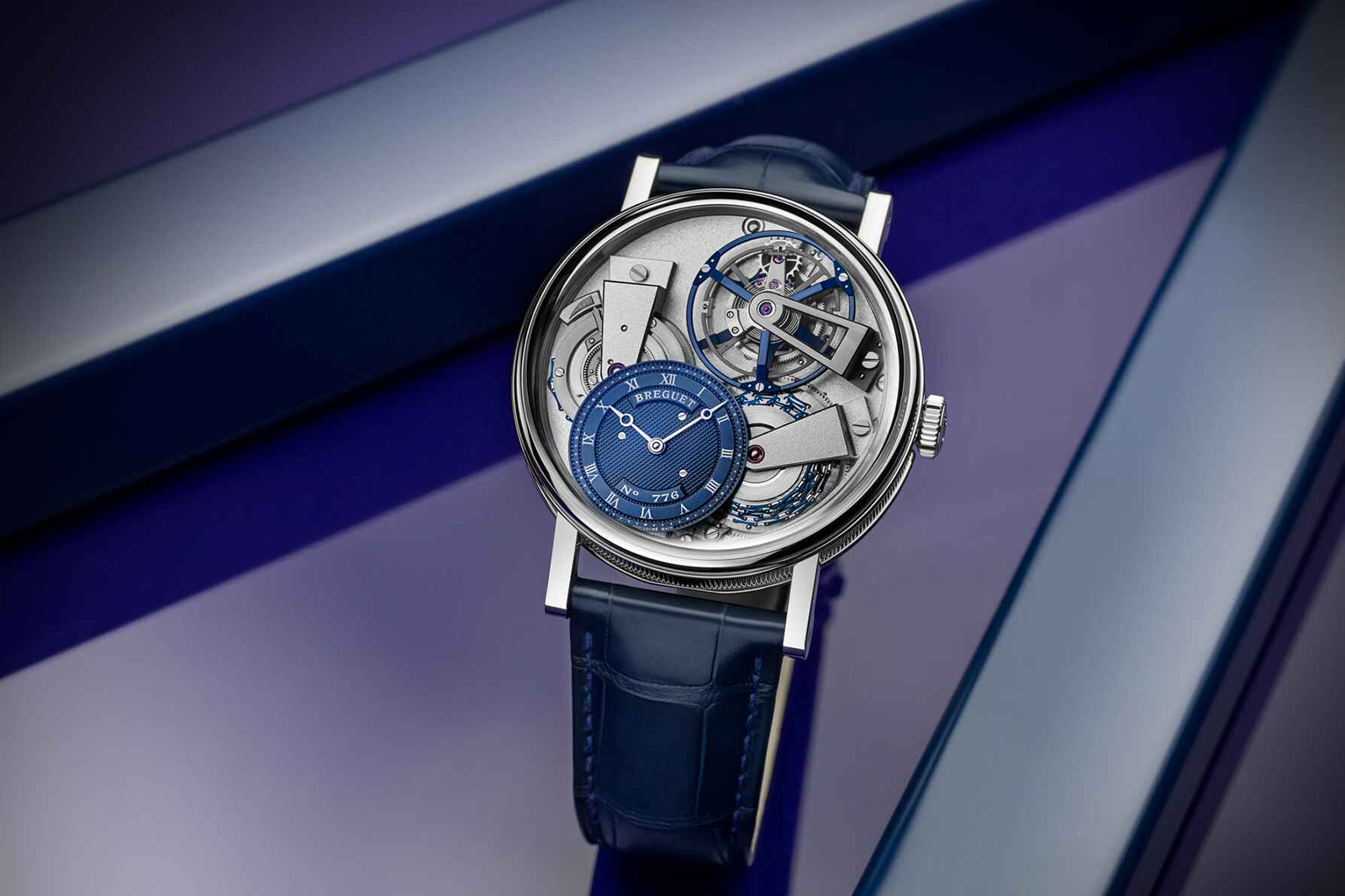 Between the tourbillon movement, fusée-chain and platinum case, the price tag for the Tradition 7047 Tourbillon Waltz is pretty high even by Breguet standards at £164,800.

However, there literally isn’t another watchmaker who can claim such an important heritage when it comes to tourbillon movements. So really, you’re buying a piece of Abraham Louis Breguet’s legacy and that’s kind of priceless.