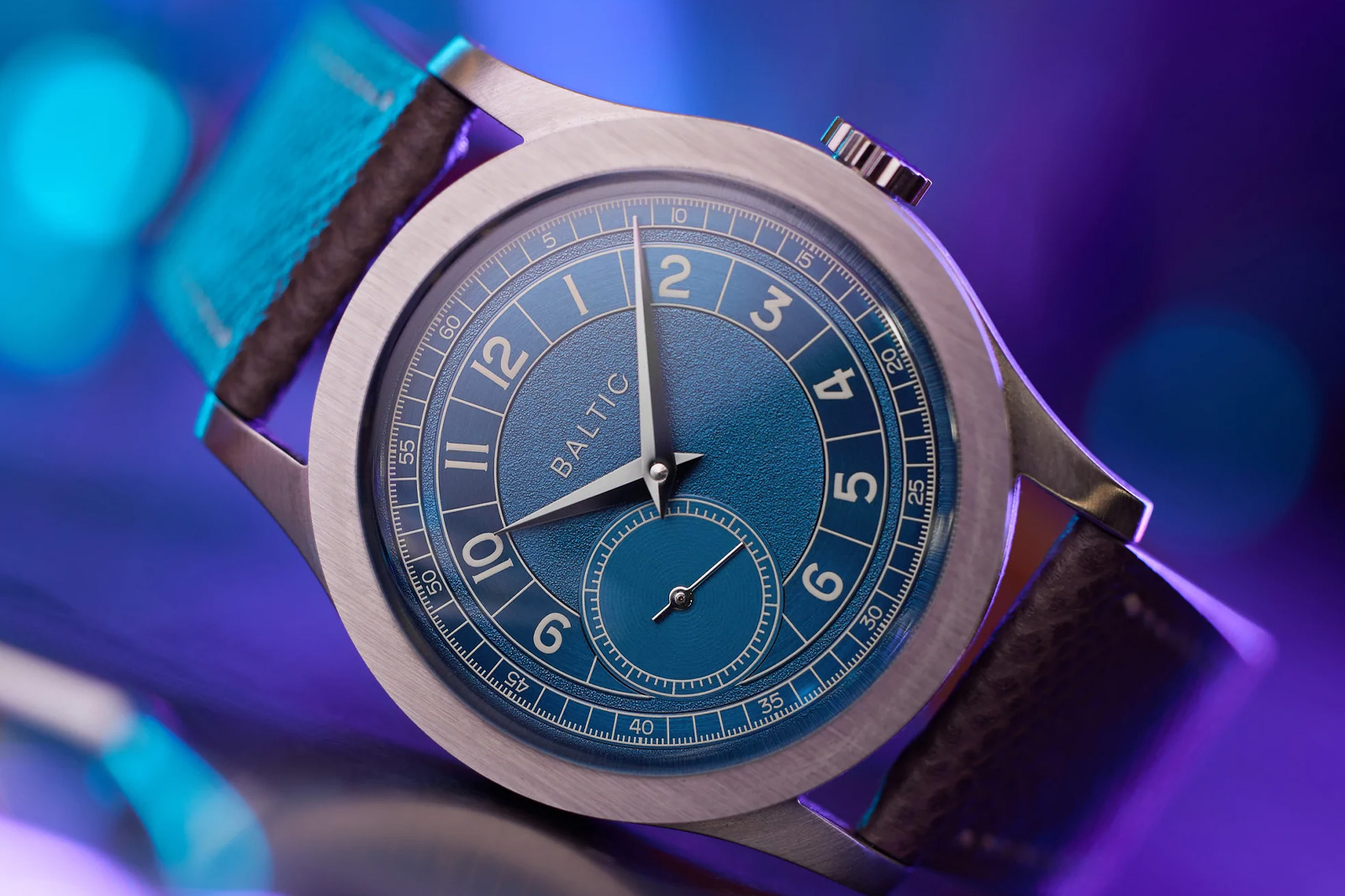 Baltic has well and truly captured the attention of the watch world at the moment. It was just last week that we were reviewing the Aquascaphe Titanium and it was only a few weeks prior to that that they launched their first chronograph, the Tricompax. Now they’ve partnered with A Collected Man to launch a new version of their incredibly popular micro-rotor timepiece, the MR01. The new piece features an updated dial, which gives the watch the name MR01 Blue Roulette.

Visually, the new dial looks like a roulette wheel with each of the hour numerals sitting in its own pocket. The design is inspired by vintage sector dials, providing a quasi-Art Deco influence. The central portion has a grained texture like the original MR01 while the hour, minute and small seconds scales have a smooth finish. 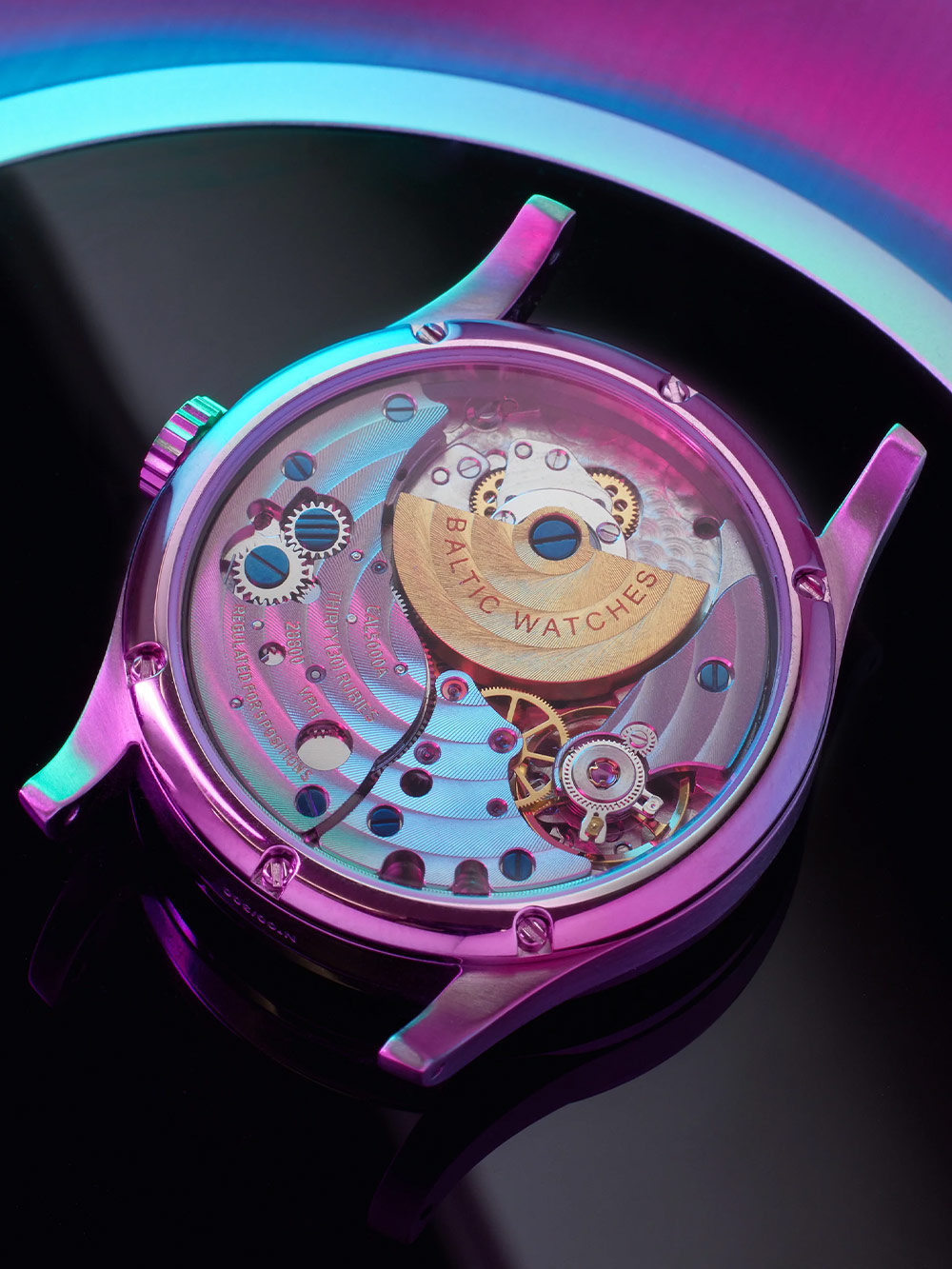 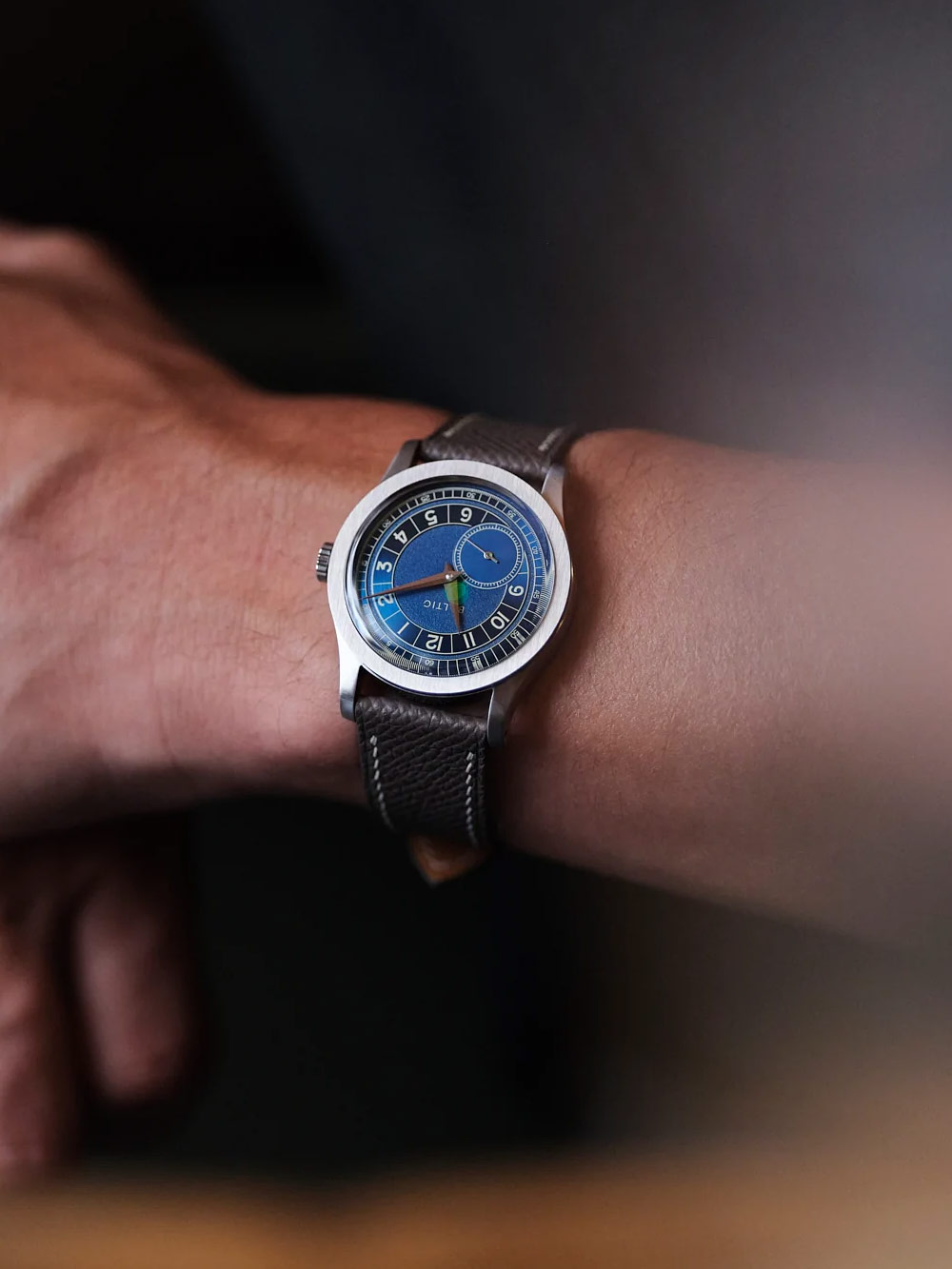 To follow the roulette analogy to its completion, the small seconds subdial between 7 and 8 o’clock represents the ball – perhaps 7 and 8 will become the lucky numbers for anyone wearing the watch.

Although, one small bugbear is the fact the 4, 5 and 6 numerals have been inverted, breaking with the traditional layout of a roulette wheel. However, that small factor isn’t enough to stop the MR01 Blue Roulette from being a seriously cool piece. 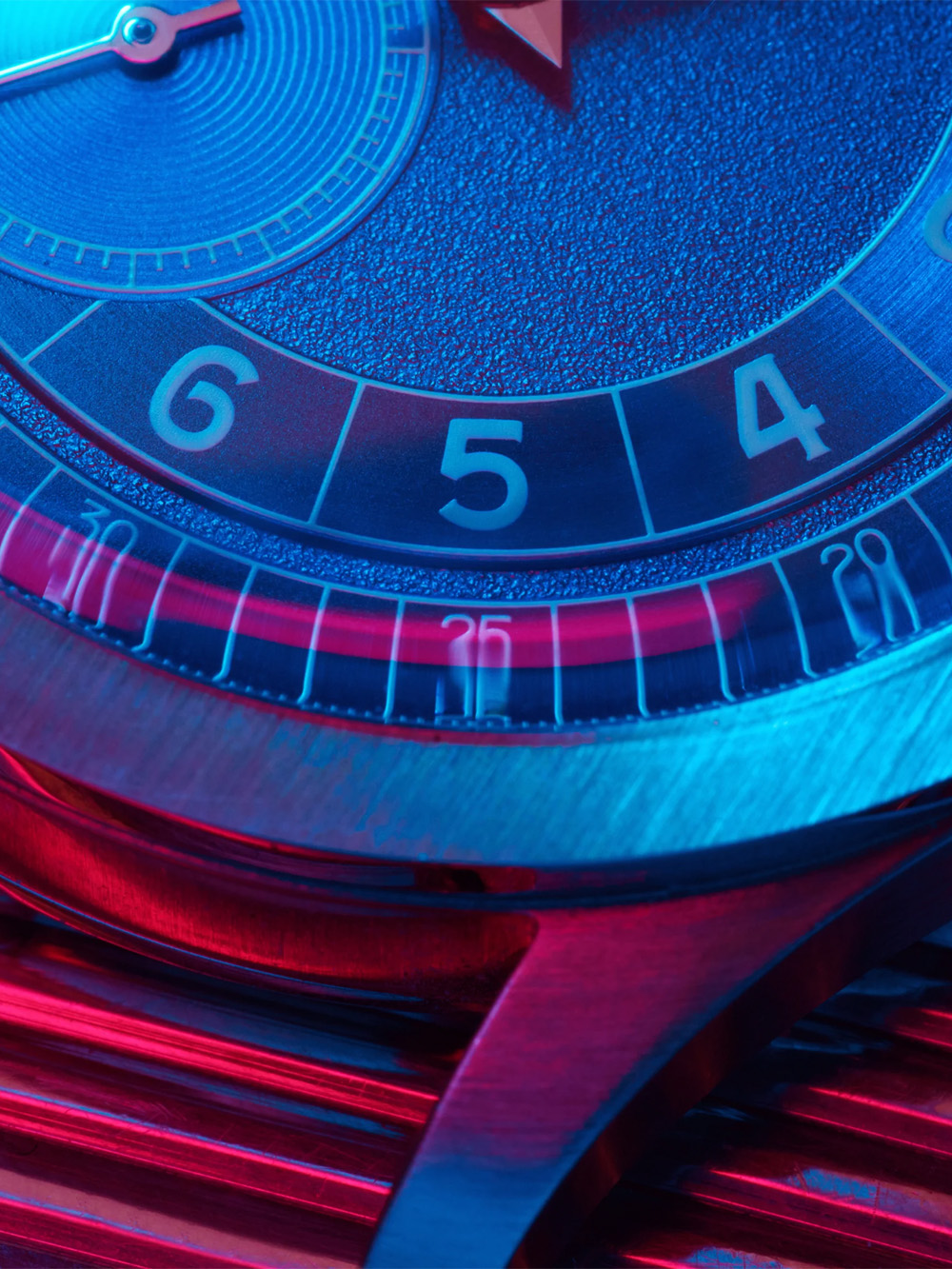 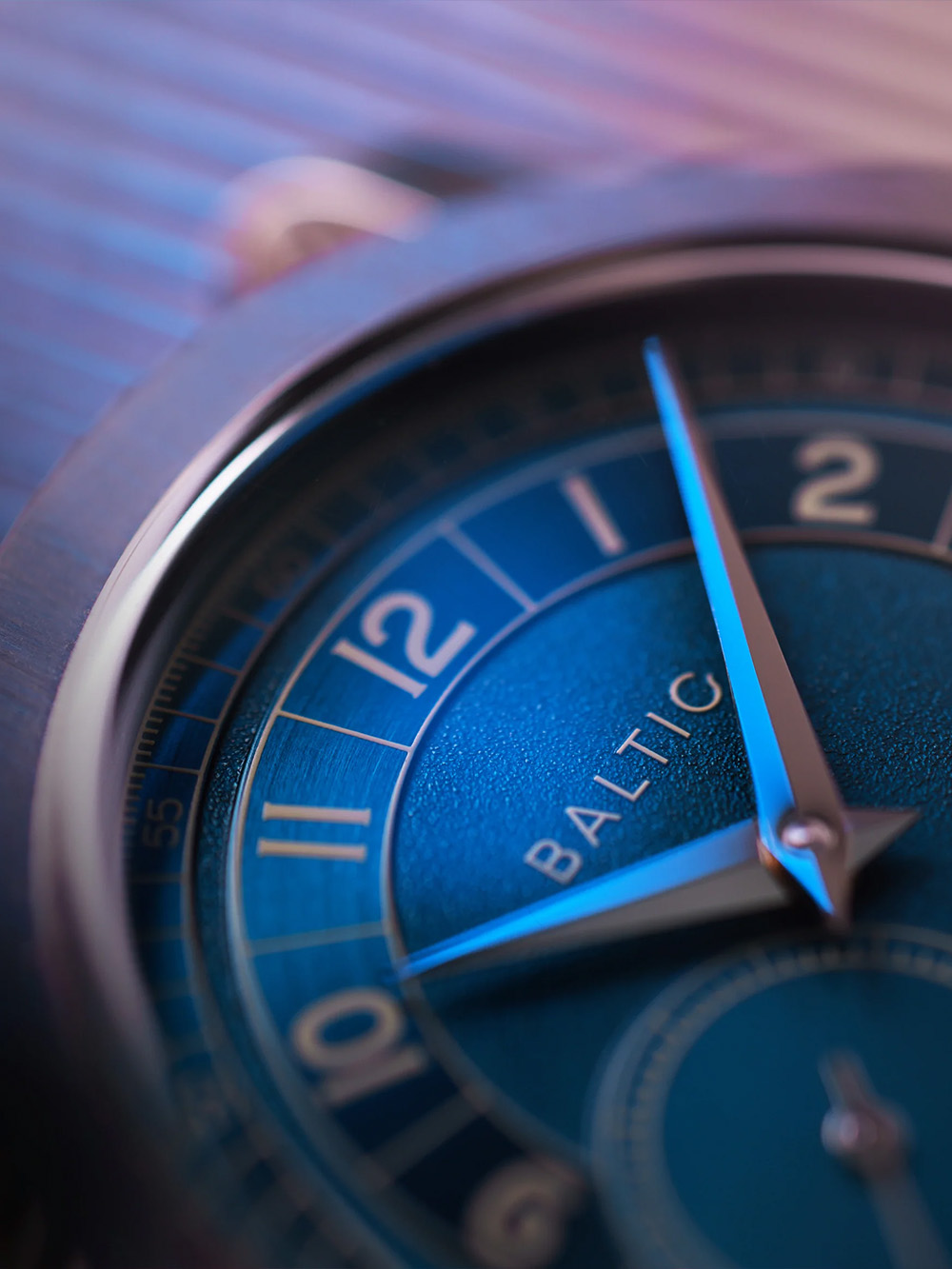 As for the steel case, it’s the same as the previous edition. Which means that too is inspired by vintage timepieces with the designers citing the Patek Philippe Calatrava Ref. 96 as a particular inspiration. It has very retro proportions with a diameter of just 36mm.

Housed inside is the same micro-rotor movement Baltic have used previously, the Hangzhou CAL5000A. It’s the type of movement where you overlook the fact it’s Chinese because it’s great value for money considering it has a solid 42-hour power reserve and features a micro-rotor, which is rare at this price level. 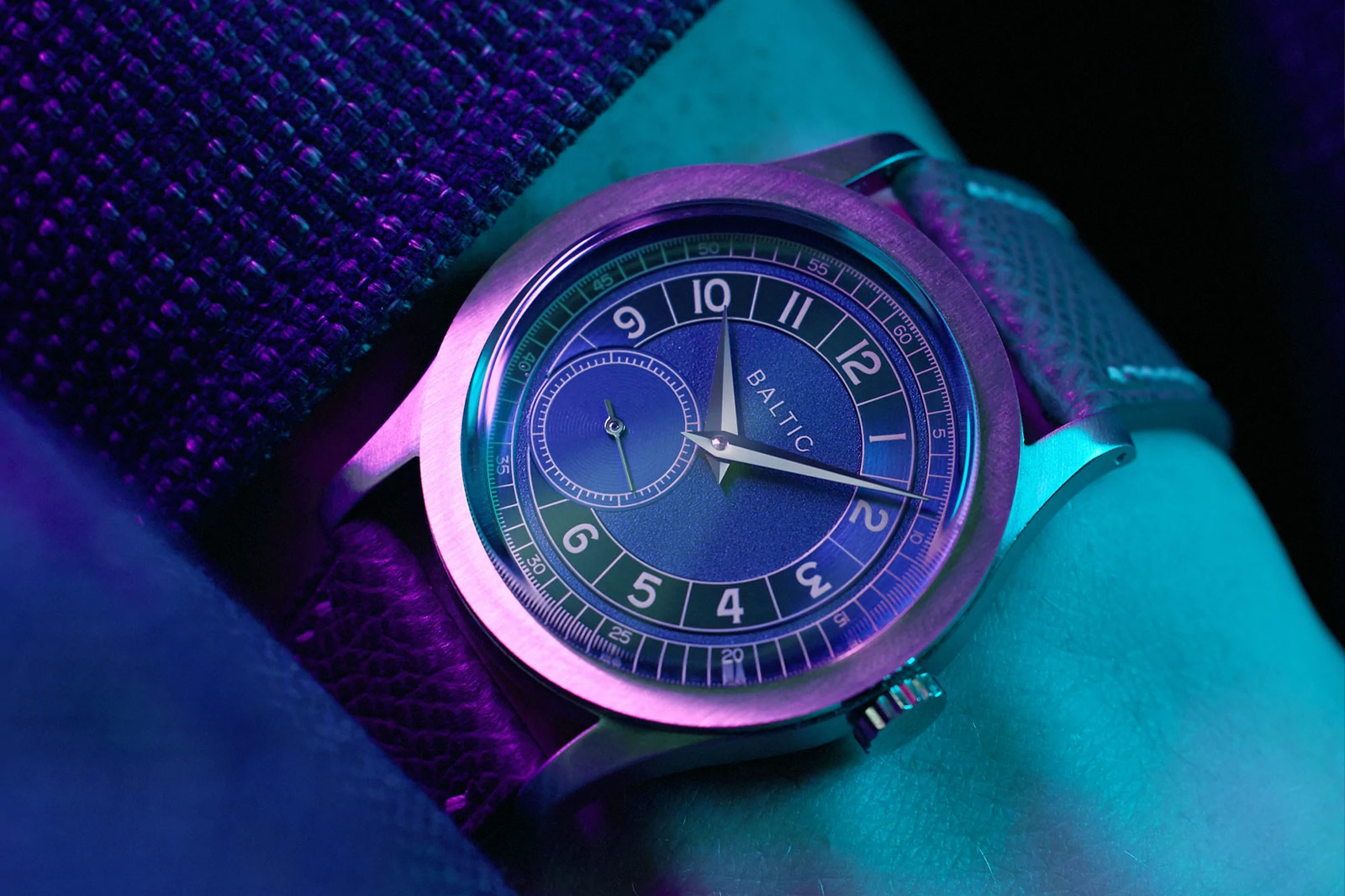 That price is just £500, which guarantees that all 300 will sell out instantly (their last watch, the Tricompax sold out in 2 minutes 30 seconds) when they become available on September 21 at 14:00 BST, exclusively thorough A Collected Man.

More details at A Collected Man.