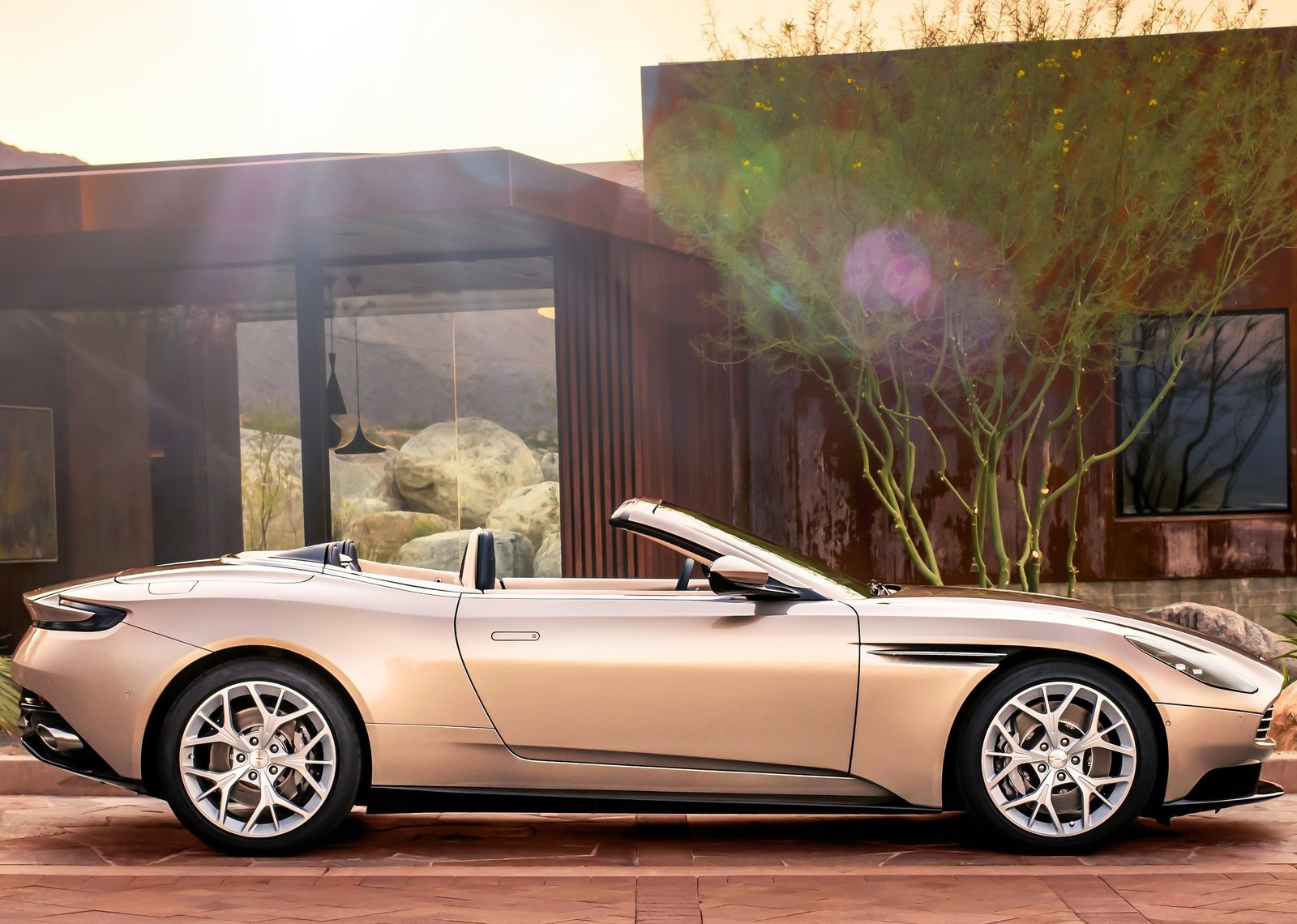 Whether you prefer the vintage DB models that were as British as a cup of tea on a colonial-style train leaving Europe or the modern, leaner, more aggressive looking Aston Martins, the DB11 is an objectively brilliant car.

Performance-wise it surpasses anything other than perhaps the Vulcan that Aston has ever built. More than that it signalled the new direction the marque is headed in. The only missing piece of the puzzle however was that the DB11 wasn’t a convertible. 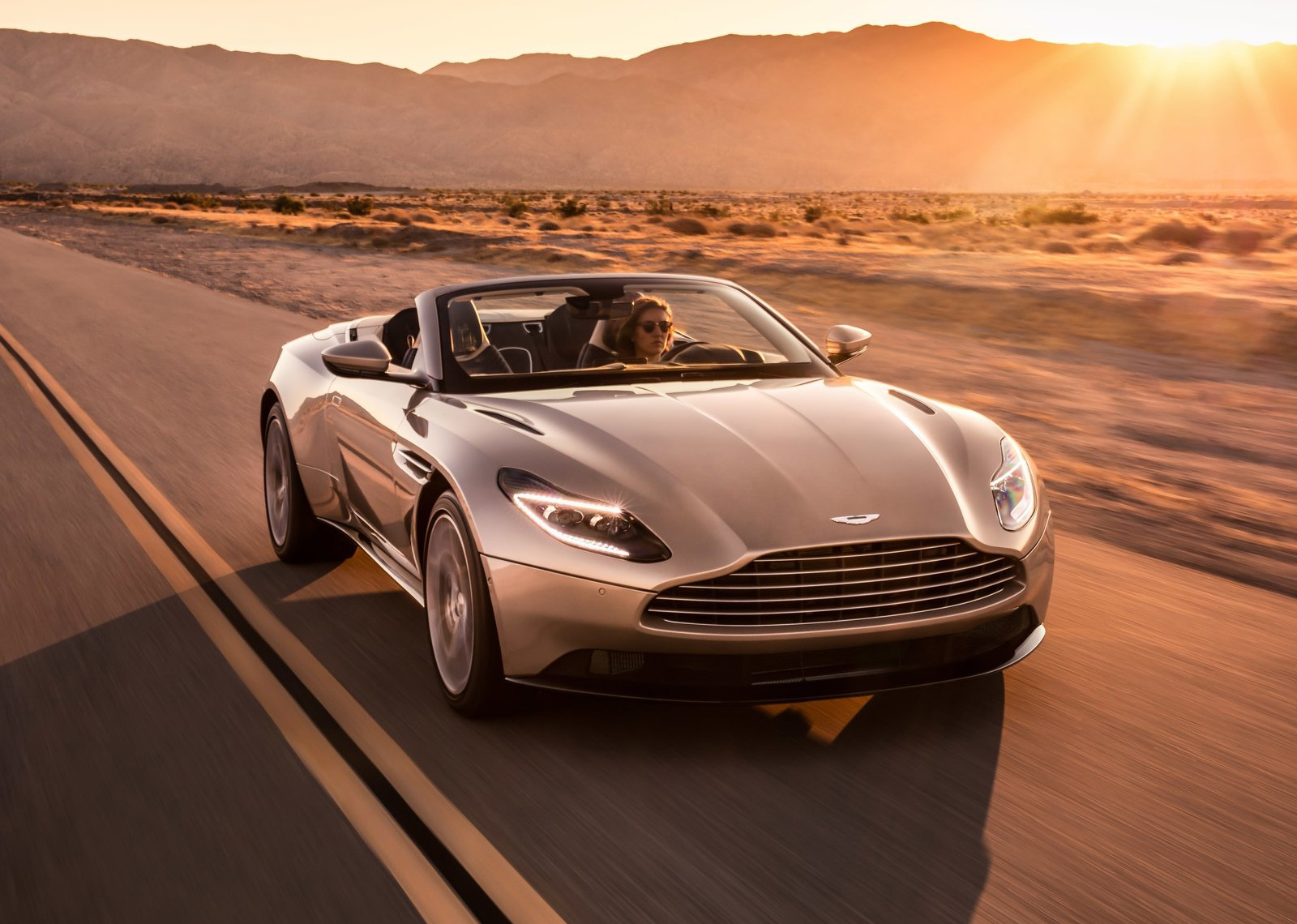 That might not sound like a big deal now when the British weather is apologetic at best, but not much beats racing along the sweeping country roads of the Cotswolds in an Aston. And guess what? Now you can do just that with the DB11 Volante.

Powered as it is by a 4.0-litre twin-turbo 510PS V8 engine though, you might want to be careful on the bends. Thanks to the bonded aluminium chassis first used in the coupe, the acceleration can get ahead of you, hitting 62mph in 4.1 seconds. It’s not hypercar fast but it’s definitely pacey. 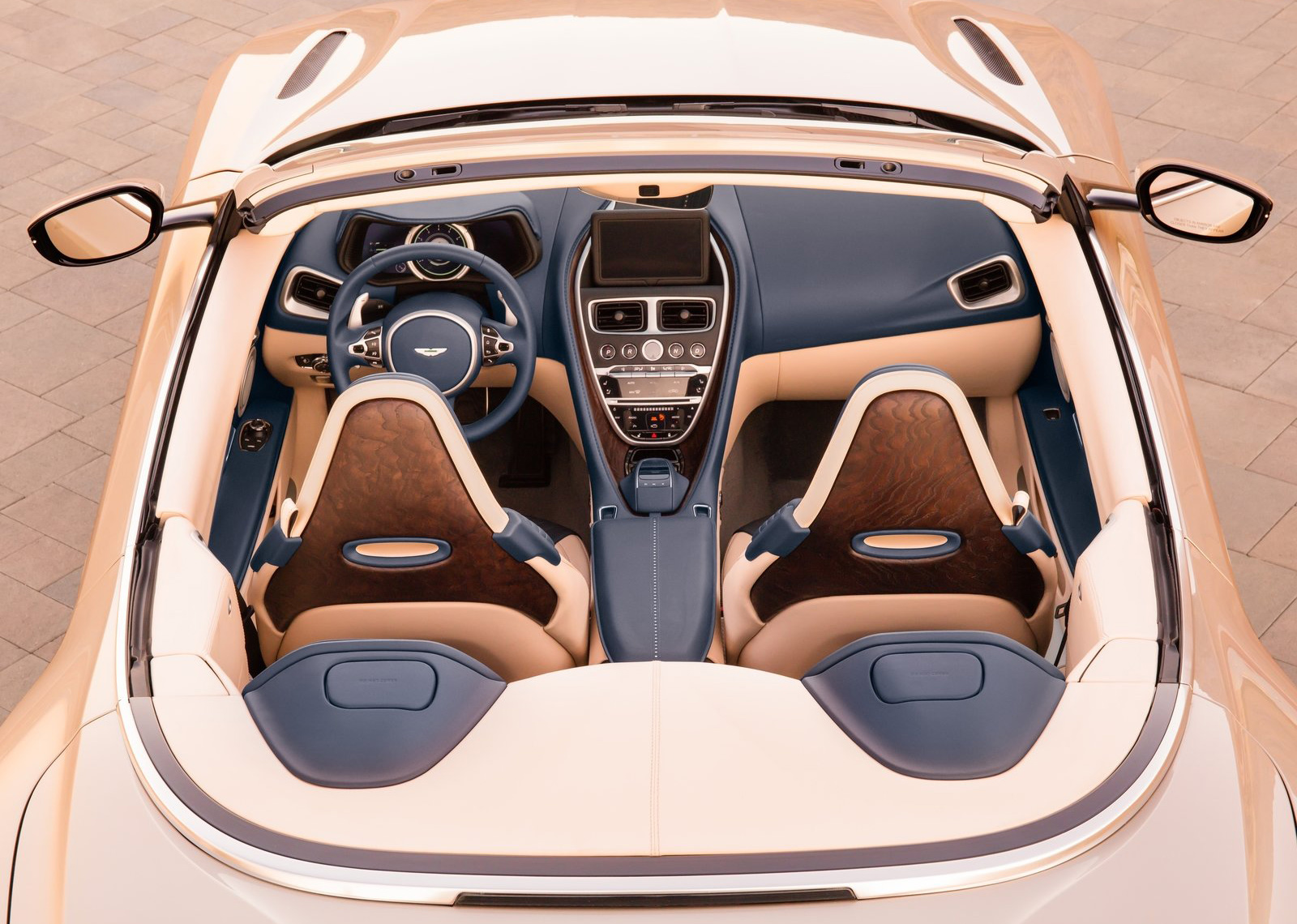 It’s still a little bit heavier than the coupe of course, as is the way of convertibles. But it’s one hell of an upgrade from the outgoing DB9 Volante. It’s 26kg lighter and 5% stiffer thanks to that aluminium frame and, for the rare practically-minded Aston driver the new roof allows 20% more boot space. That’s all without going into the performance differences a generation makes.

The roof itself is pretty remarkable. Aside from the space saving, it looks like a classic fabric roof without any of the downsides. Eight layers ensure wind and weather protection (as well as any untoward sharp objects waiting in the wings) and the whole ensemble takes just 16 seconds to close at speeds of up to 31mph. 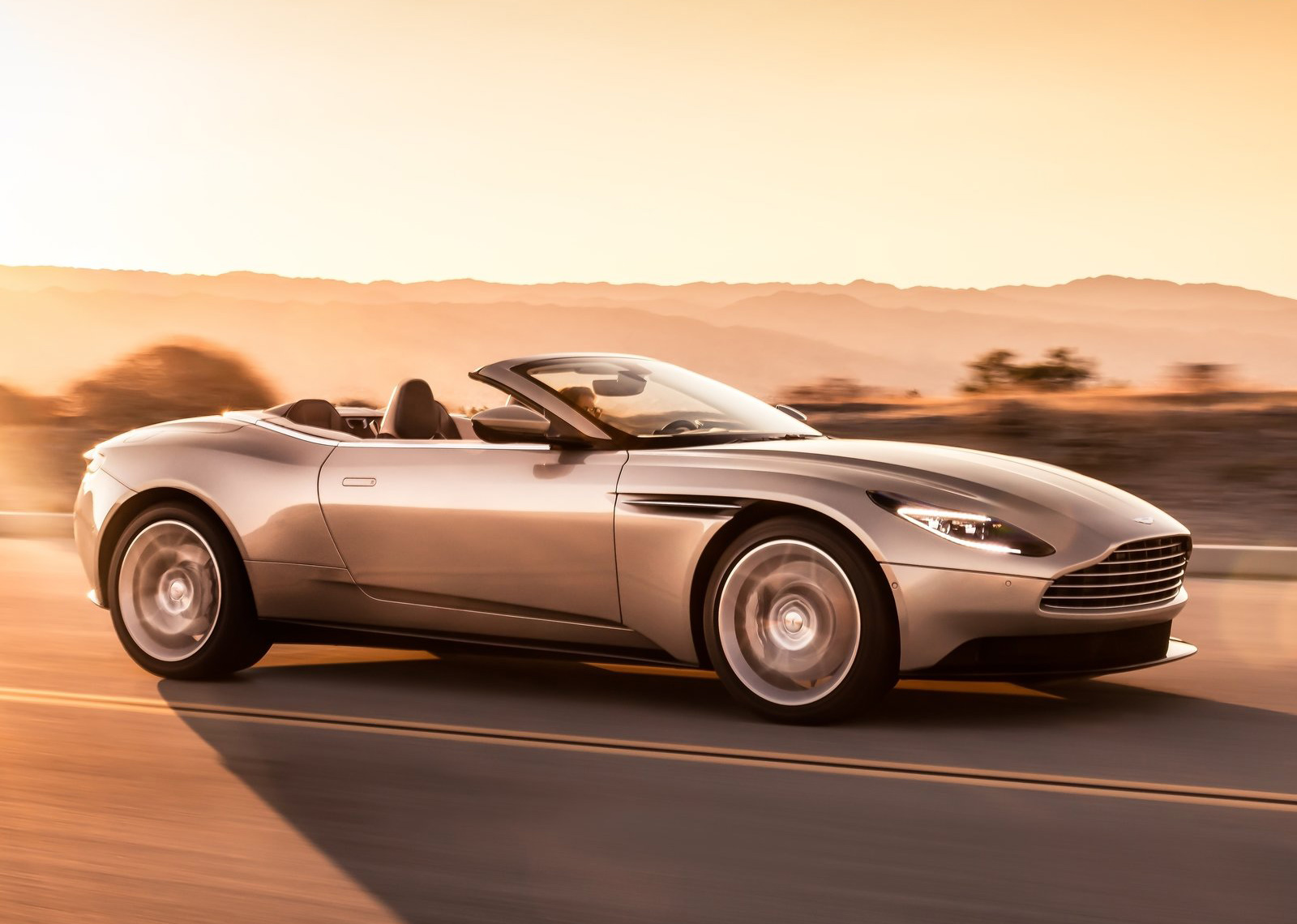 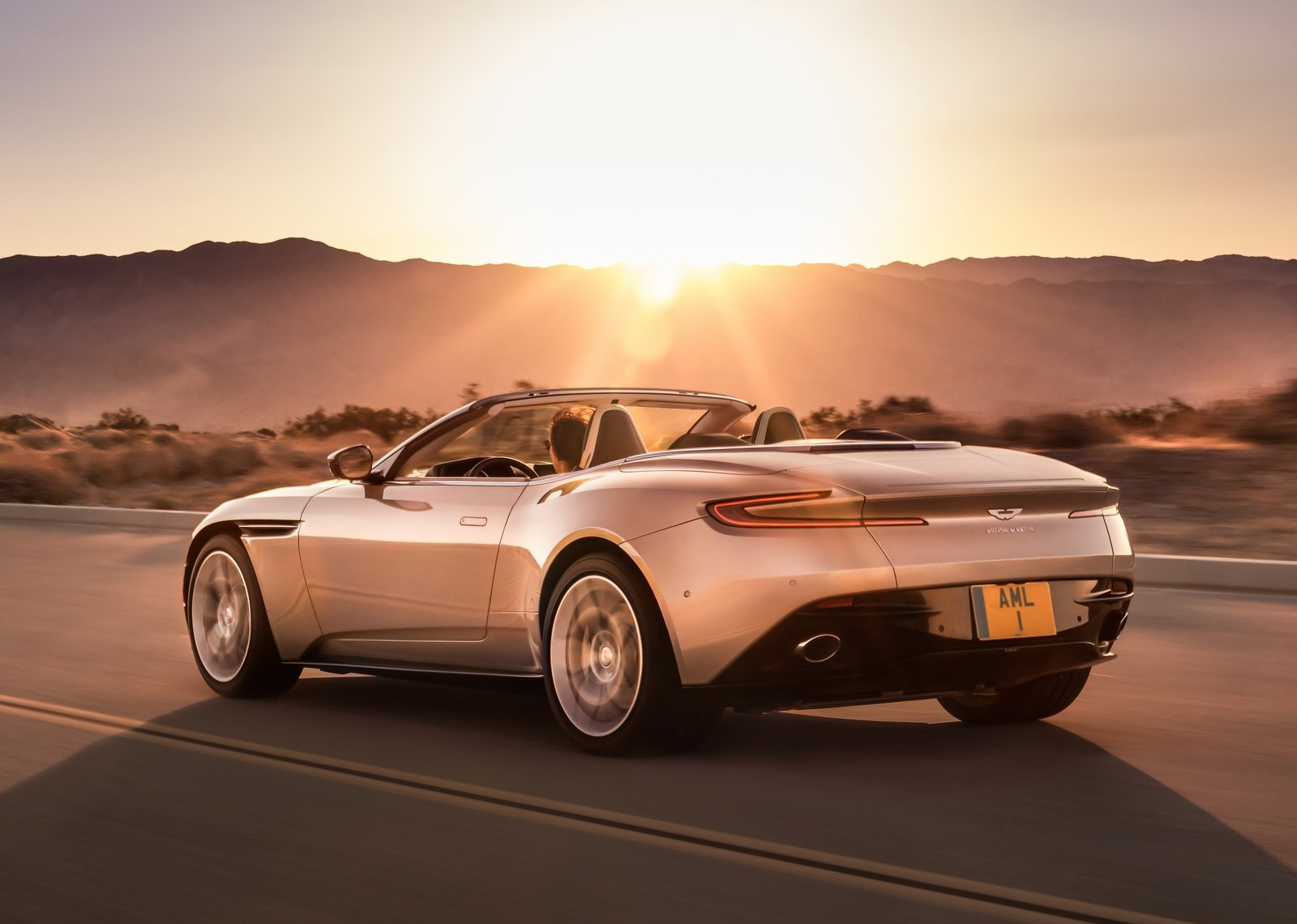 The DB11 Coupe may be slightly lighter, following through to a minutely more athletic feel, but unless your shaving seconds of a track day the likelihood is that you’ll notice few differences between the two on a day to day basis. They even share the same top speed in the V8 version. The only chance is that the DB11 Volante looks even more stunning, whether the roof’s up or down. Now we just need to wait for the V12 version.