Other than Patek and some of the rarer Rolexes there aren’t many brands with the same die-hard devotees as A. Lange & Söhne. They’re the watchmaker that all but founded the modern horological haven of Glashütte, the quintessential Saxon artisan, a true paragon of exclusive fine watchmaking. In short, they’re about as classical as the Parthenon.

Sure, they have built some cool, more contemporary watches – the recent Datograph Lumen is pretty much pornography for any serious collector – but their skills lie in the kind of pieces that wouldn’t be out of place in a Genevan museum. This… this is somewhere in-between.

At first, I considered an open-worked tourbillon cage a little against the grain for Lange. The flawless enamel dial, sure, I wouldn’t expect anything else. The diminutive 38mm case size, again, pure Lange. An open, beating heart though… that felt a bit off-kilter. 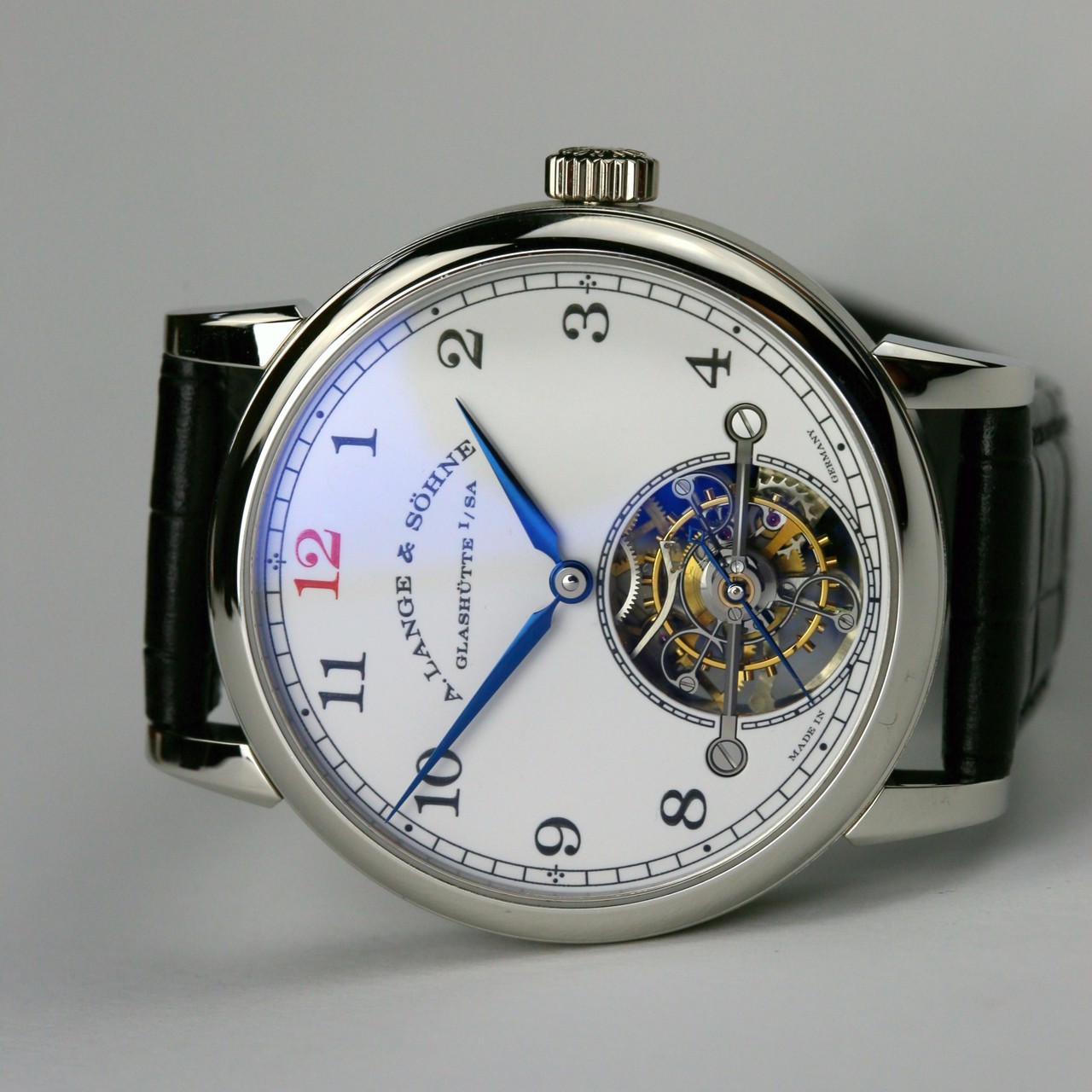 Other brands have managed to include tourbillons without showing them off – F.P. Journe springs to mind for one – and Lange don’t really need to wear their credentials on their sleeve. There’s also the fact that, given the small size of the watch, the cage takes up a good part of the dial. All of that and I still adore it.

I’m of the mind that if you have something as haute horological as a tourbillon you should show it off and here, by having the backdrop of simple white enamel, that complication is emphasised all the more. There are too many watches out there that think you need to skeletonise the whole dial to do what Lange has done with a simple cut-out. It goes even further, with a statement bridge screwed directly into the enamel.

Other than that one allusion to mechanical ingenuity, the 1815 Tourbillon is as classical as they come. It’s pure Lange from every angle. The dial is as crisp as triple-cooked chips, hands as sharp as a lemon. Sorry, it’s almost lunch.

Of course, it’s not all simplicity; like a swan gliding across the surface of a lake, there’s more going on beneath the surface, primarily that the tourbillon isn’t just any tourbillon. It’s equipped with Lange’s patented Zero-Reset mechanism, an utterly lovely addition that, when you pull out the crown, zeros the second hand and stops the tourbillon. It means that when you set it to the nearest minute, you set it to that exact minute.

It’s a small touch, but the kind of thing you look for in a Lange. This is a brand whose innate minimalism means the finer details are all there are, so they can be forgiven for some obsession around them. It’s why they’re appreciated most by people who really understand watches.

Not to be too elistist about it all of course; it’s not hard to appreciate the crisp, clean dial contrasted with the mechanical tourbillon heart, the slim, streamlined case and the perfect execution of a (some might say overused) complication. But when you know a little more, you’ll start to realise that quite simply, nothing else will do.