Although it’s a genre that has been around since the early 2000’s and had a brief flirt with pop-music, over the past 6 years or so Grime music has permeated into the mainstream. Heavyweights such as Skepta and Stormzy have led the way with iconic performances at the Brits and Glastonbury and with mainstream recognition comes money.

Like their hip hop contemporaries from across the pond, grime stars like nothing better than showing off their newfound wealth on their wrists. Obviously, it’s not enough to simply wear their new watches, they have to flaunt them, either on the ‘gram or in in their lyrical content. That means for us watch fans we gain an insight into the some of the (questionable) tastes of the UK’s best MC’s. So without further ado here are 5 Grime stars that refence luxury watches in their songs. 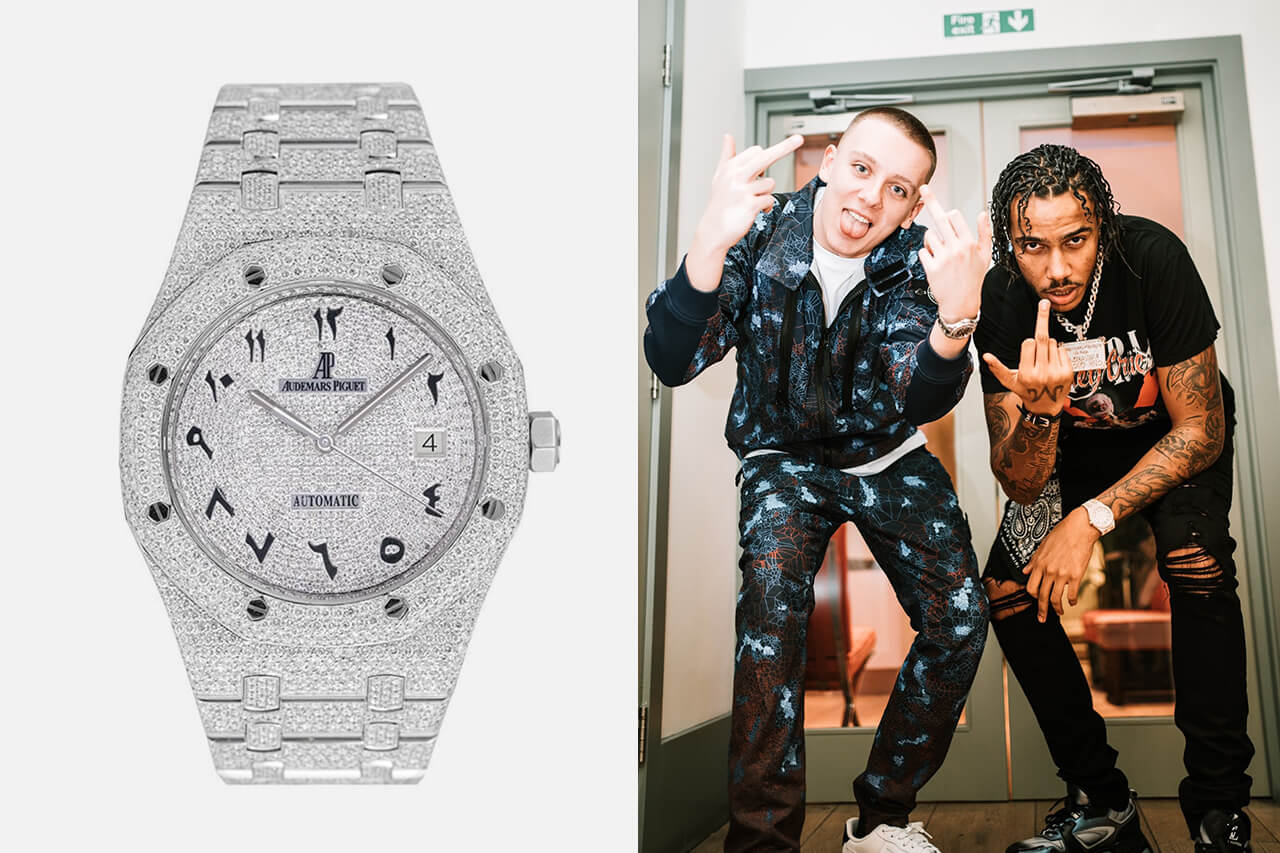 There’s a lot of wrist flashing in the video for Rain, and rightly so. I count at least three different watches with the star of the show being AJ Tracey’s iced out Audemars Piguet Royal Oak with aftermarket Arabic numerals. While it’s certainly not subtle, it must have cost a pretty penny and he’s clearly not worrying about re-sale value. The Mancunian rapper Aitch is also seen borrowing AJ’s watch, as well as wearing a couple of what look like Rolex Sky Dwellers. It’s raining watches apparently.

2. Young Adz – Ain’t Chanelle – “Diamonds and the boogers in the AP still” 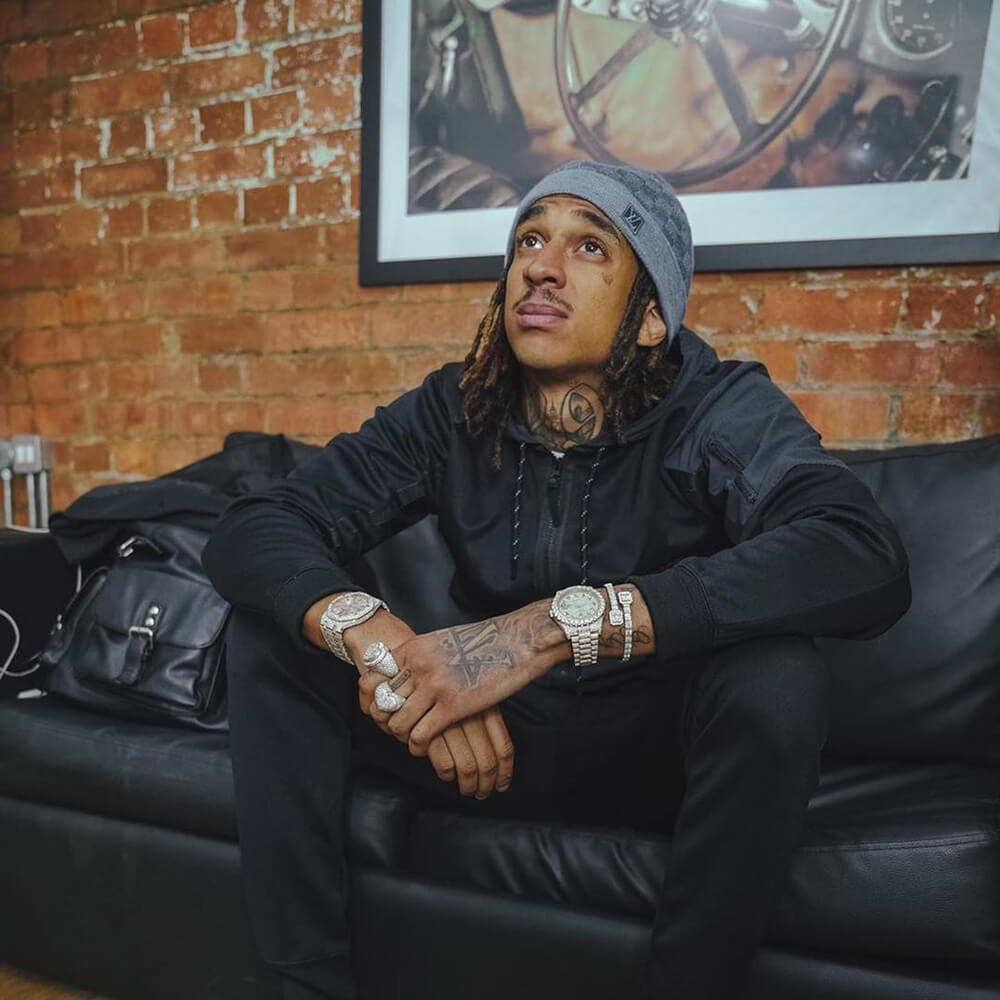 Young Adz is one half of hip hop group D-Block Europe, who are part of the wave of new grime stars leaning towards to a different sound. Think more melody, more autotune and more bling. As well as his iced out AP he can also be seen on Instagram showing of what looks like a gold Rolex Day Date II.  Having just released an Album with OGs of Grime Skepta and Chip, expect plenty more wrist candy in the future. 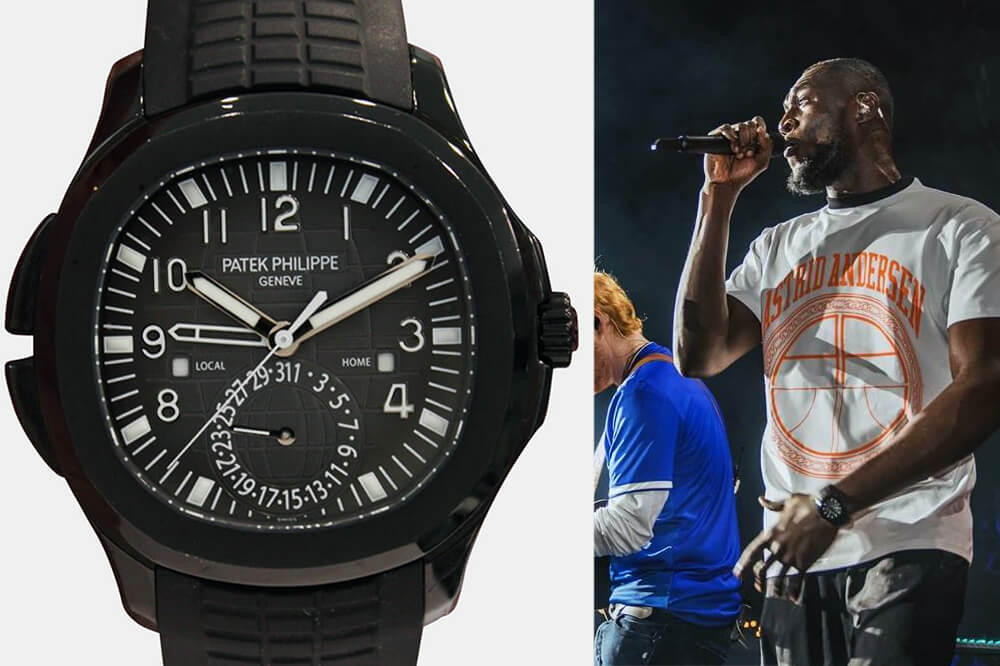 Although he mention’s Rolex’s Submariner and GMT II in this track it seems Stormzy’s main love is reserved for Patek Phillipe. Often seen wearing one of his Nautilus, he has a gold and stainless-steel version, he’s also been spotted wearing a white gold blue dial Aquanaut 5168G-001. As if this wasn’t enough his other wristcandy includes a Rainbow Daytona as well as a Richard Mille RM11-02. It’s no surprise that he has a crazy watch collection; hanging out with Ed Sheeran must be rubbing off on him. 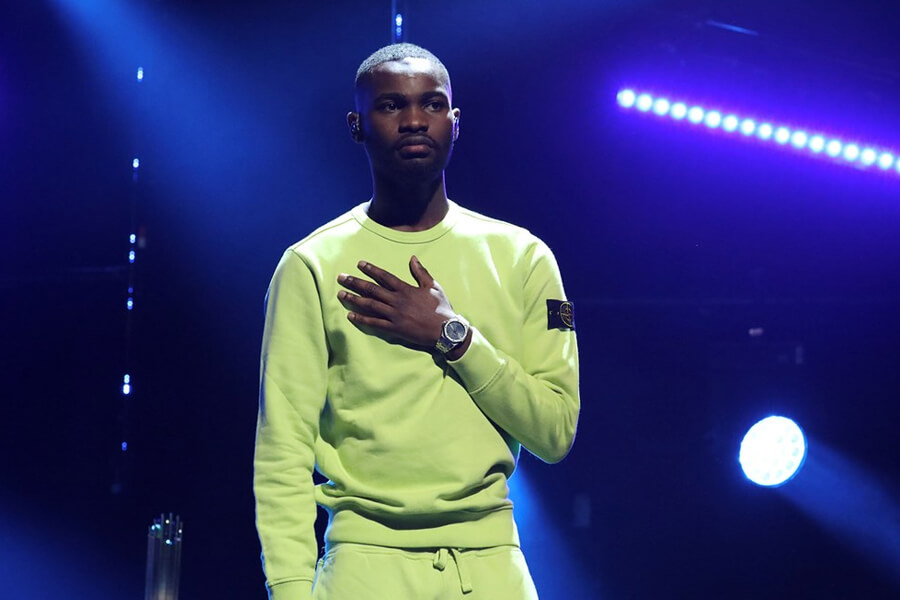 One of the newest superstars of the Grime Scene is Dave – but even if his name his modest his watch certainly isn’t. Flexing on Insta with Stormzy, he’s seen wearing a Rose Gold Audemars Piguet Royal Oak Double Balance Wheel Openworked, worth somewhere in the region of £100,000. It may not be the Rollie mentioned in the song but it’s a piece of haute-horology we can get behind. 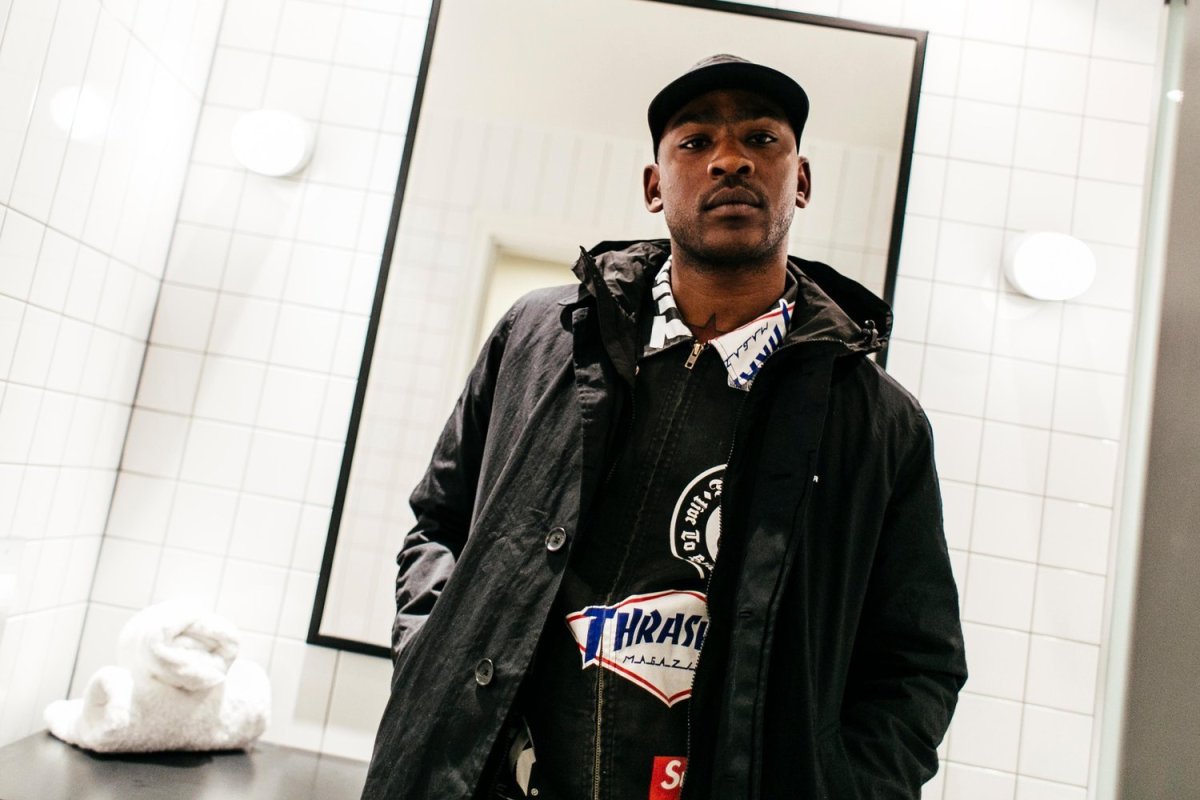 One of the founders of Grime music has definitely managed to redeem his street-cred after a period of focusing more on gimmicky songs like the Rolex Sweep. Launched around the same time as Wiley’s ‘Wearing My Rolex’, this song never really achieved the same success and thank god for that. Although he has definitely been spotted wearing watches in the past, it’s hard to focus in on exactly which brands; he’s even shunned watches in the song Corn on the Curb where he proclaims “No Rolex Timepiece, No Hublot Kettle”. A little contradictory there, Skep.