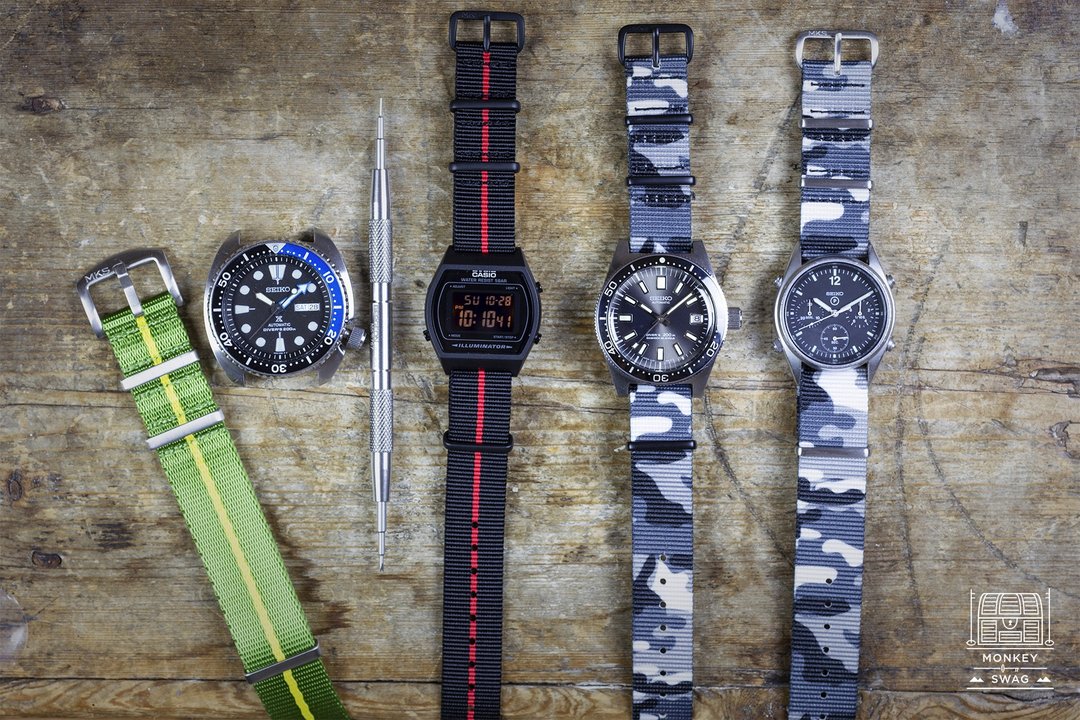 It’s easy to forget about a watch strap. Provided it does what it’s meant to do – and that keeps a watch on your wrist – it doesn’t really scream for attention. It’s a practical necessity, nothing more, nothing less. You know, if you have the imagination of a brick.

Straps are the single most underrated part of any watch. Time and time again you’ll see a jazzy watch with a bright, unmistakable dial like the Glashütte Original Sixties Orange, set on to a strap about as interesting as the last season of Top Gear. The quality is there of course, but the interest most definitely is not.

Most watchmakers out there do offer different straps, but generally, it’s just a choice of whether you want your diving watch on leather (the answer should always be ‘no’), rubber or a steel bracelet. That’s often about as much choice as you get. Some of the cheaper watches might offer NATO or Zulu straps as well but again, it’s never the focus that it should be. 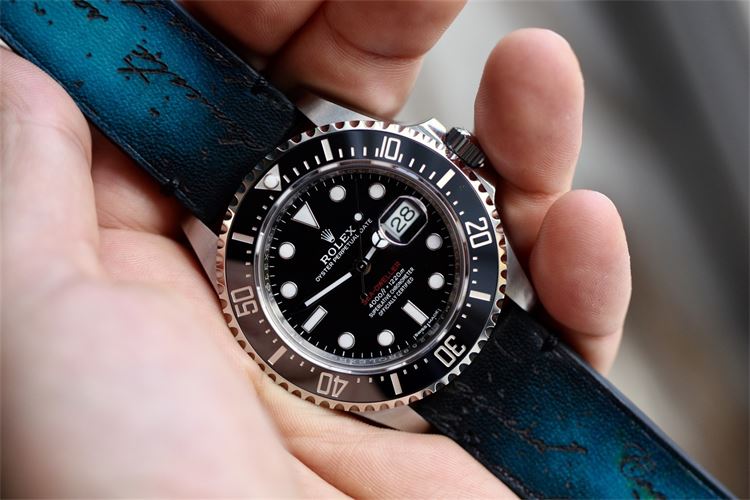 Not all watchmakers make the same mistake of course; some are even focusing on their straps. Hublot, for example, has a seriously cool quick-change system on their cases, allowing you to snap out one strap for another. They’re all the same kind of size, so you can mix and match all you want. As you saw from last issue’s piece on custom watches, Eqvis does much the same thing, though with screws rather than some new-fangled system of clicks.

They understand what collectors are waking up to, that changing the strap creates an entirely different watch. Let’s say you have the TAG Heuer Nanograph from page 52. Its strap isn’t bad – black with yellow contrast stitching. But imagine if instead of picking out those highlights you leaned into it with a full-on yellow strap. How about the performance angle with a woven, carbon-fibre-esque number? It tailors the watch to whatever you want it to be.

It does make sense that most watchmakers will only put their pieces on what they think looks best, what fits with their brand identity and the like. But that means that they are dictating your tastes which, given the ever more prominent sub-sector of custom watches, is beginning to get right under our skin.

Well, if they’re not about to change any time soon then there are plenty of other places you can go. For better or worse, there are strap-makers out there that will create the strap of your dreams and, in some cases, everyone else’s nightmares. Exotic leathers, strange patterns and colour combinations that should never be seen out of a kaleidoscope – whatever you want, they can make. Here are a few of the best… 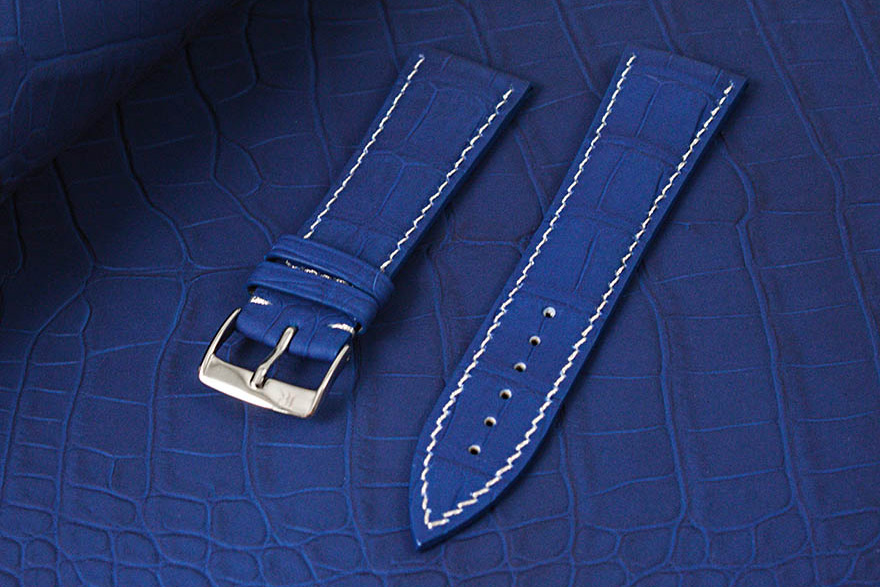 They may be Parisian by name, but if you want to see what Jean Rousseau are all about take a look in their particularly British store over in the Piccadilly Arcade. They’re about as good as it gets for non-bespoke leather straps, with leather of all colours and textures. Their lizard is particularly cool, though beware that you will need to replace it in worryingly short order. I know from experience that lizard does not last well. 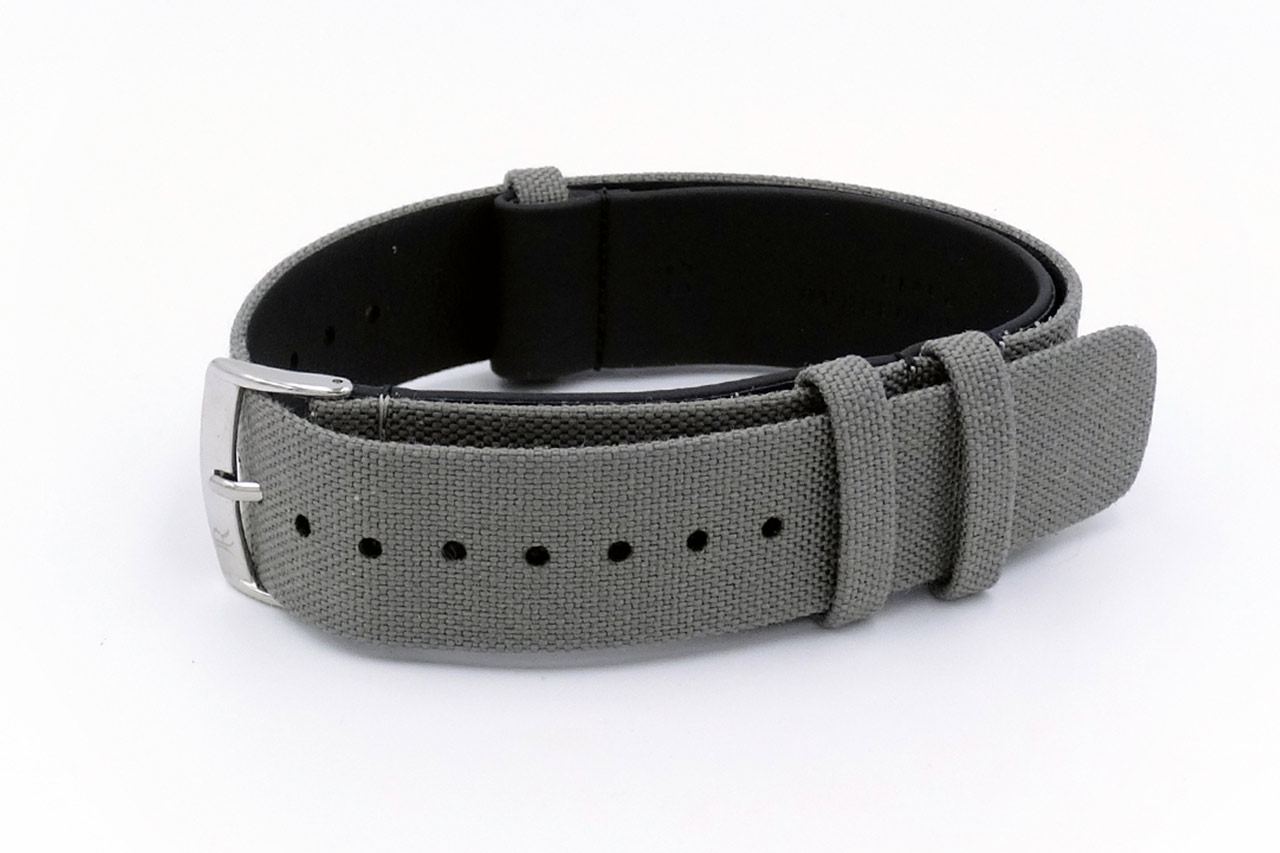 There are more than enough colours to match your collection, ranging from subtle elegance to their signature electric blue. It’s a veritable rainbow of straps, all with the kind of quality you’d expect from un atelier francaise. Plus, they offer wallets, phone cases and belts in the exact same leathers, if you just have to match. You probably shouldn’t, but it’s nice to know that the option’s there. 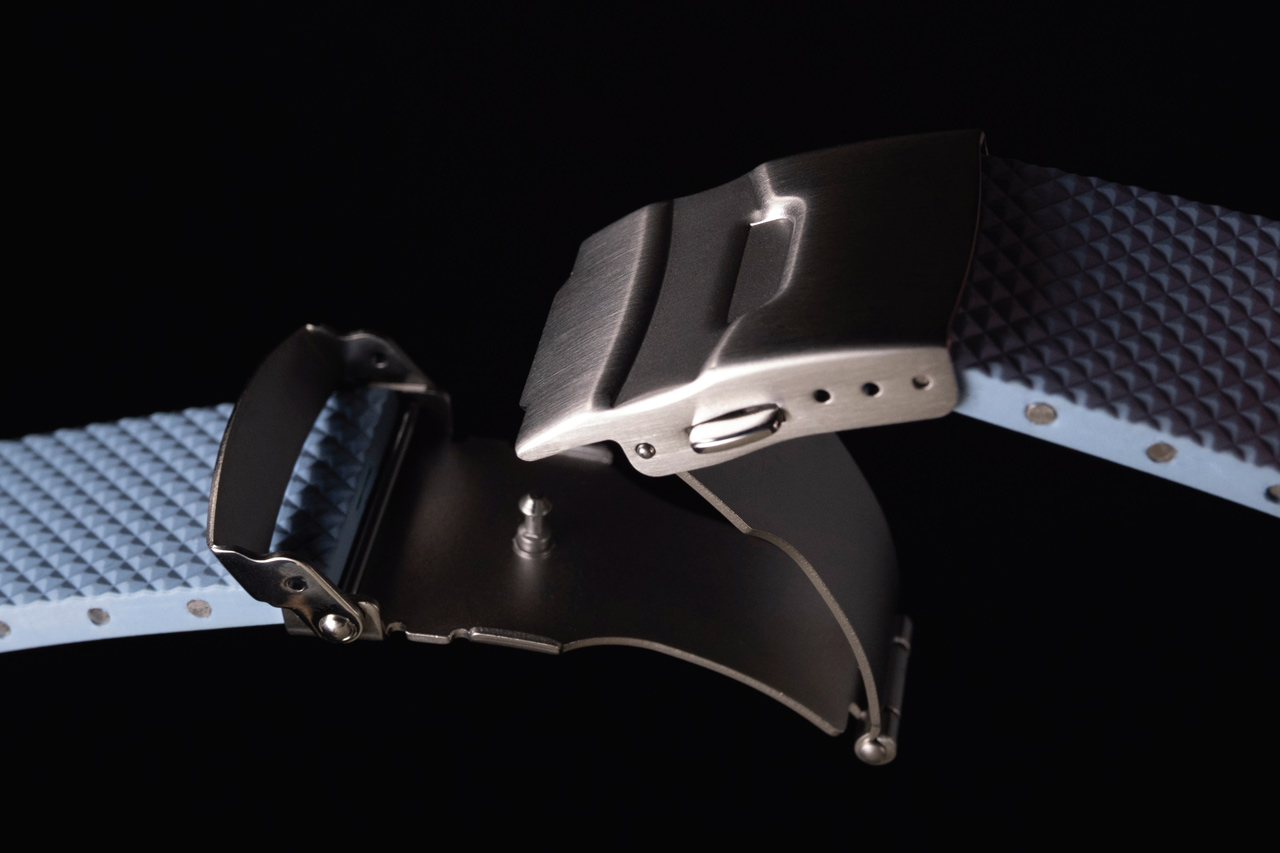 Given Italy’s heritage with diving watches – Panerai, we’re looking at you – it’s no surprise they know their way around a rubber strap. These aren’t the usual cheap bits of rubber that you find on £50 quartz divers’ either; after 35 years of research, Bonetto Cinturini is about as good as it gets.

Their endless array of colours is just the start; every model has a different design, from subtle textures and woven styles to striking moulded embellishments. If that’s still not enough, you can get your own made – for a little bit of a premium of course – with your own wording across its length. Just because you’re forced to wear a serious diving watch on a rubber strap doesn’t mean you can’t have some fun with it. 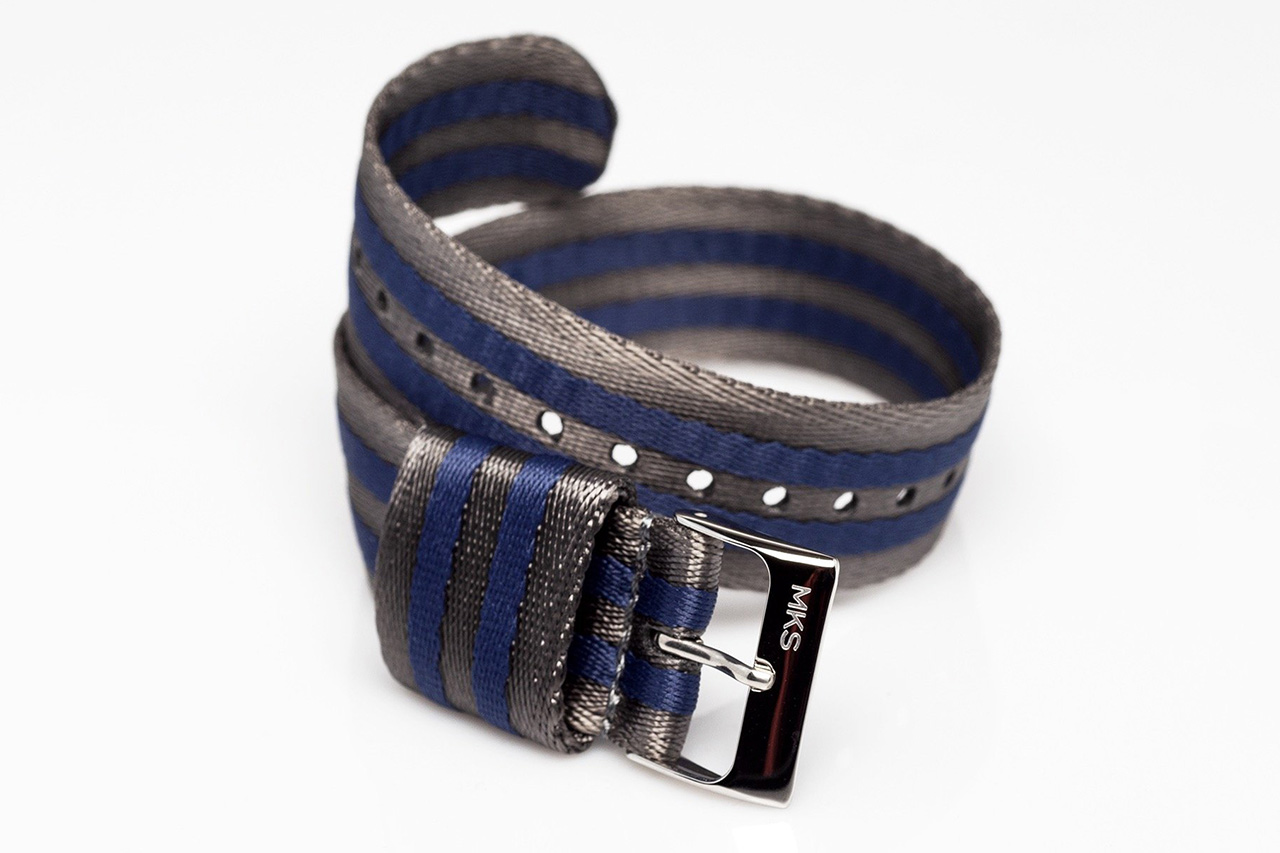 NATO straps aren’t exactly the most luxurious things in the world, but then they’re not meant to be. They’re nylon for God’s sake. What they are is seriously cool, especially those flogged by MKS – otherwise known as Monkey Swag. Rather than the usual khaki or grey strips, expect camo in every colour, bright flashes of fluorescence and some more subtle, satin-hue pieces.

These aren’t the kind of straps you want for your Breguet, but they’re perfect for a knockabout pilots’, diving or military watch. They’re also easy to slip on and off your watch, meaning you can get one for every day of the week – or, at their prices, year.

For chunky leather: The Strap Smith 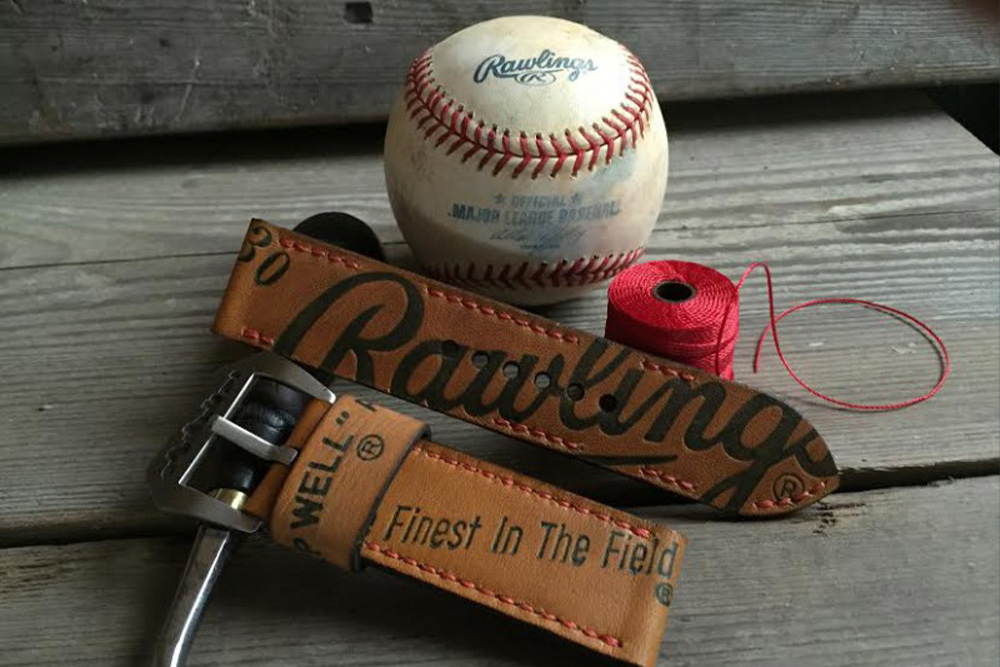 A custom strap maker here but one for whom Americana is a way of life. Sure, they do the usual array of exotic leathers in various colours, but they also offer some more off-kilter choices. Why bother with ostrich when you can have a strap made from an old baseball glove? Or an American football if that’s more your game? Swap that old military canvas strap for some denim or the chunky leather from an old bandolier.

These aren’t bespoke, in the same way as Combat Straps, meaning what you see is almost what you get, but they are made to order. Given the nature of the materials, that means you’ll always get something unique; thestrapsmith.com

For something completely different: Combat Straps 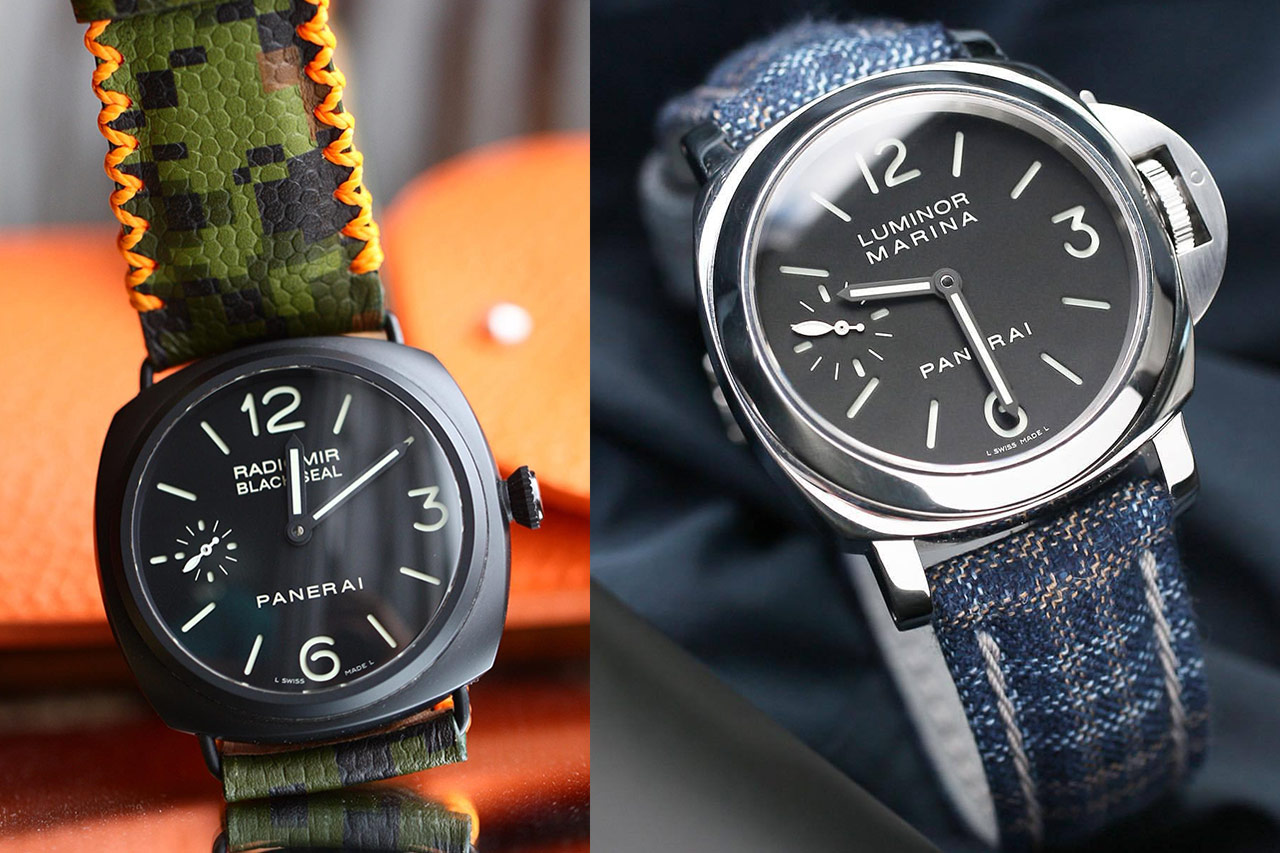 Don’t let the name put you off; if you’re expecting nothing but solid bits of leather more suited to bandoliers than watches then think again. The Montreal-based atelier specialises in strange and unusual leathers to the point where you can probably name an animal (non-endangered of course) and they’ll have it to hand. Sure, that includes ostrich and alligator, but also stingray, shark and toad. That’s right: toad. Sexy or what?

Don’t worry vegans, it’s not all leathers. They also do WWII canvas straps – fitting, given their name – and have artists on hand to paint whatever kind of crazy design your imagination can come up with. I personally love their vintage-style pin-ups, though I think I’d need a vintage IWC to make it really work; combat-straps.com

So, there you have it, an endless array of straps to suit any watch, any taste and any lack thereof. Just don’t go all-out, balls-to-the-wall crazy on it; style aside, you don’t want snakeskin on a diving watch unless you plan on leaving it at the bottom of the ocean. The same goes for putting a camouflage Zulu strap on a dress watch. There are some things we just don’t do. Not many of course, but some. Other than that, go for it. Let’s see if we can make anything but black the new black.