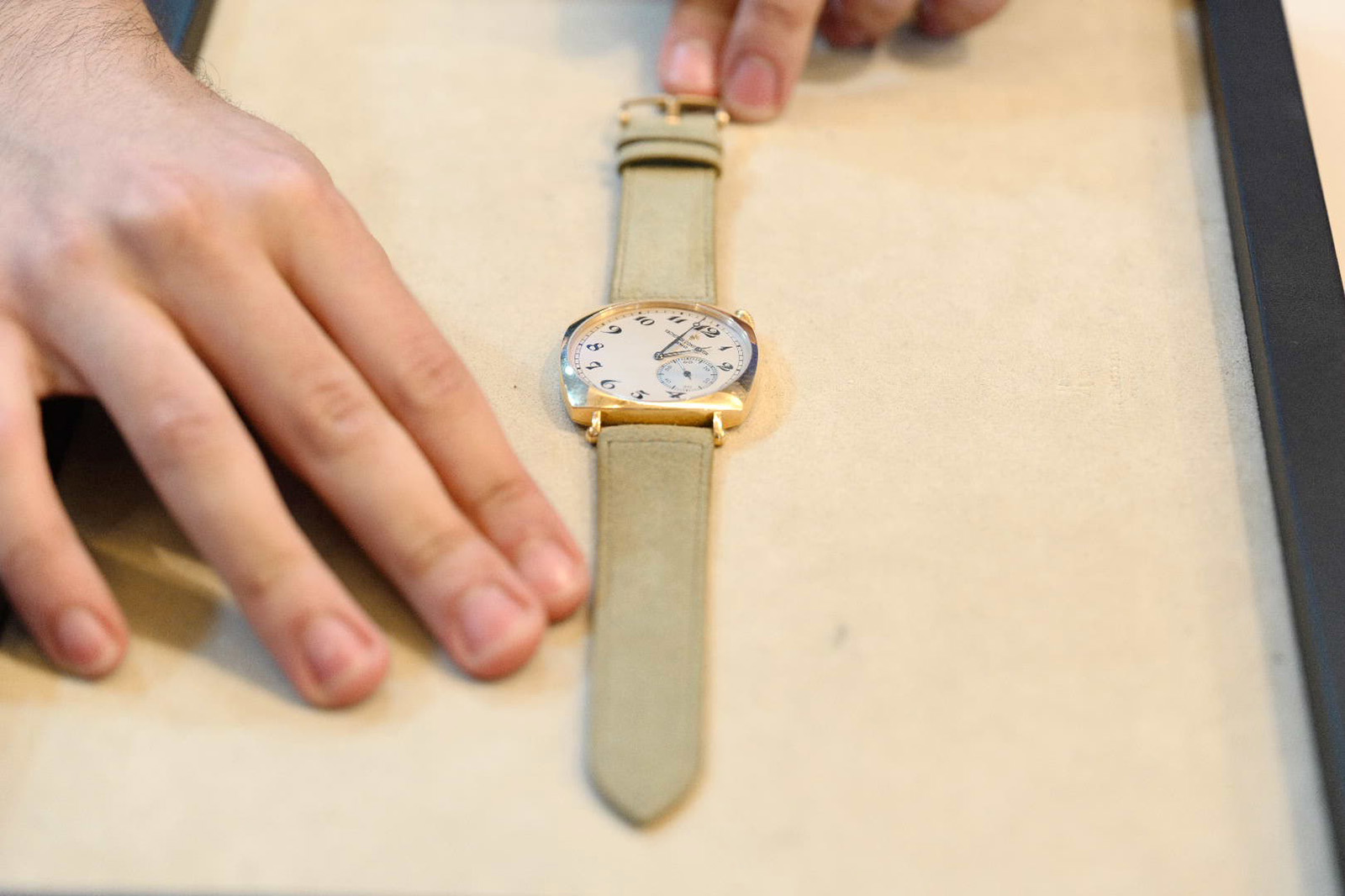 I was once told by a superyacht builder that the ultimate luxury was to be built something of your own. Free reign over your design choices, with endless options and a guiding hand, it sounds pricey and appealing in equal measure. Well, when it comes to watches, the next best thing to designing a watch (which unfortunately few will have the opportunity to do), is to create a bespoke strap from the ground up with a maison like Jean Rousseau.

For over 65 years Maison Jean Rousseau, the French specialists, have been making strap game dreams a reality. With a HQ in Paris, and outposts in London, Tokyo and New York, nobody is doing it quite like Jean Rousseau. 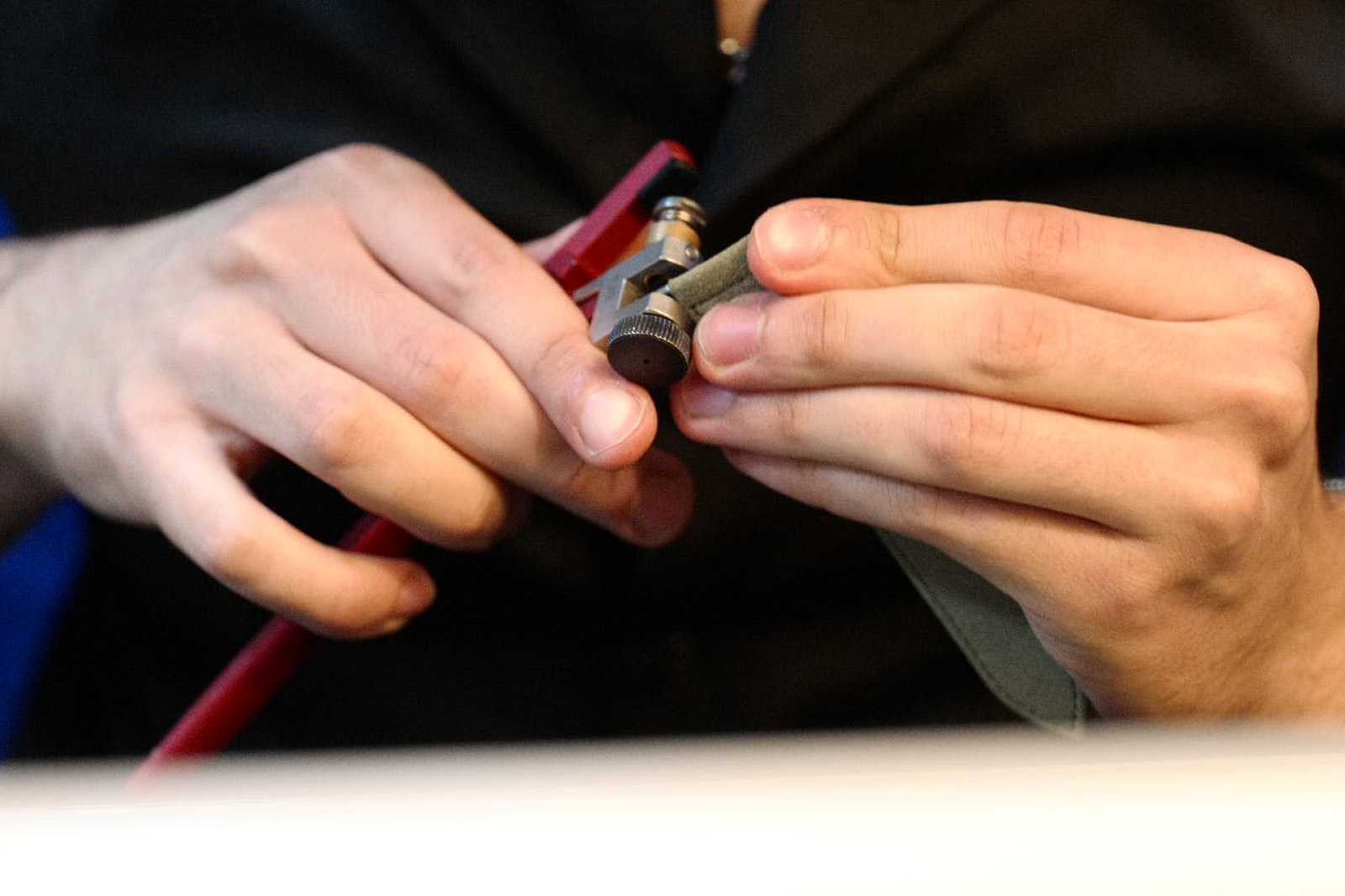 Last week I had the opportunity to go into its Piccadilly Arcade location for the full works, a genuine Jean Rousseau bespoke strap. The store is modern and light while situated in the traditional line up of Piccadilly windows, next to traditional makers from the worlds of optometry and shoemaking.

You are greeted by the walls of colours and textures, from croc skins that glows in the dark to every stitch variation under the sun. Options extend from nubuck to grained calf, alligator to suede, all in multiple shades of green to all the browns and greys. 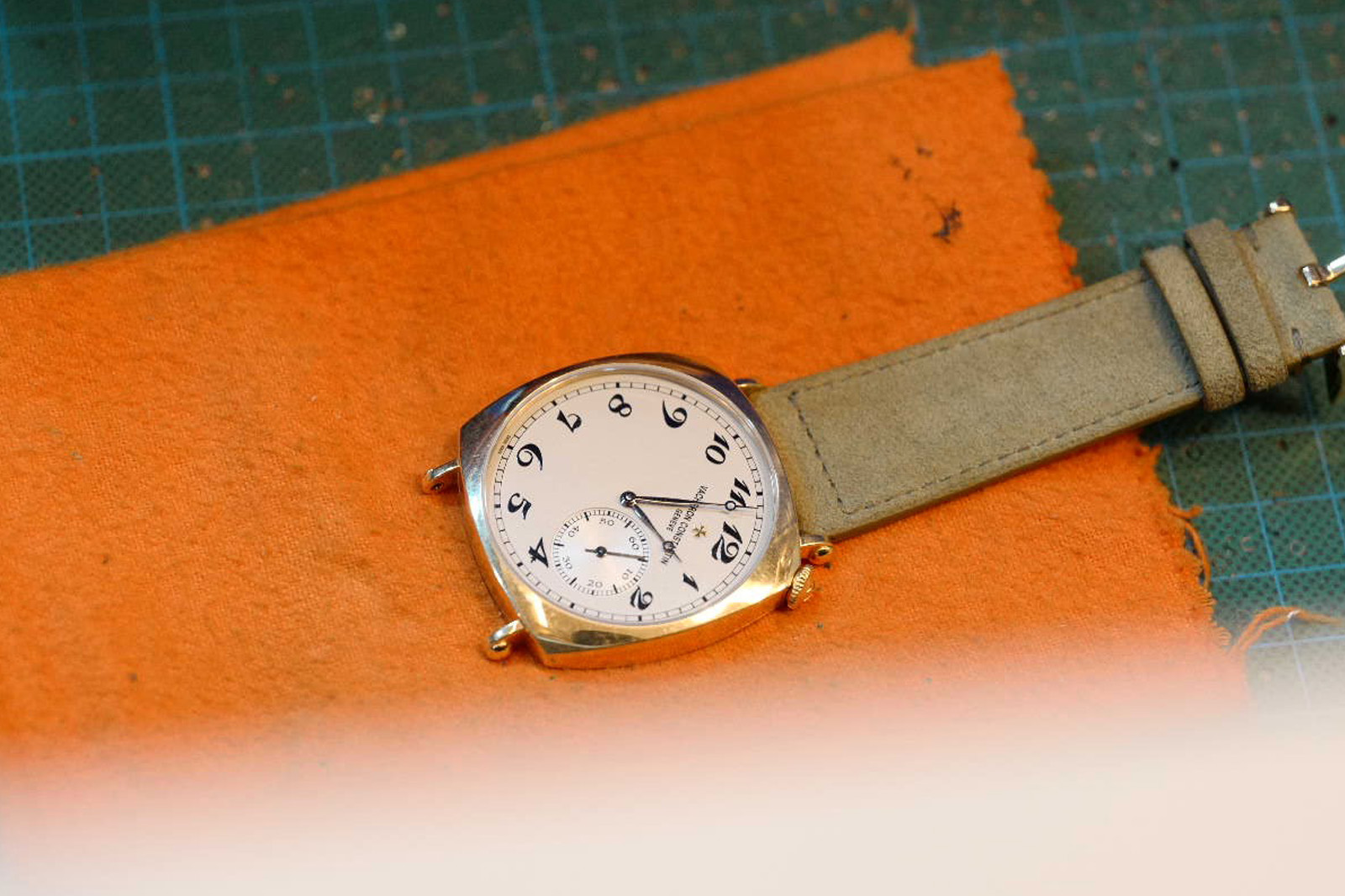 I was wearing my Vacheron 1921 and was keen to work with the team on something taupe for the watch. The watch can tend to feel formal, and I like to dress it down. It also has a curved case which I wanted to run by the team to see if we could find a solution. I was fortunate enough to pick up the last yellow gold 1921 in the UK just before my wedding (I didn’t mention it to the bride).

The matte yellow gold and the freshness of taupe or similar in a butter soft suede makes me weak at the knees. After an hour of flicking through the various swatches of colours and finishes, I settled on Alcantara, a man-made material which looks and feels very similar to suede. The beauty of it is that it doesn’t age as fast and the colour doesn’t run off on a cuff. 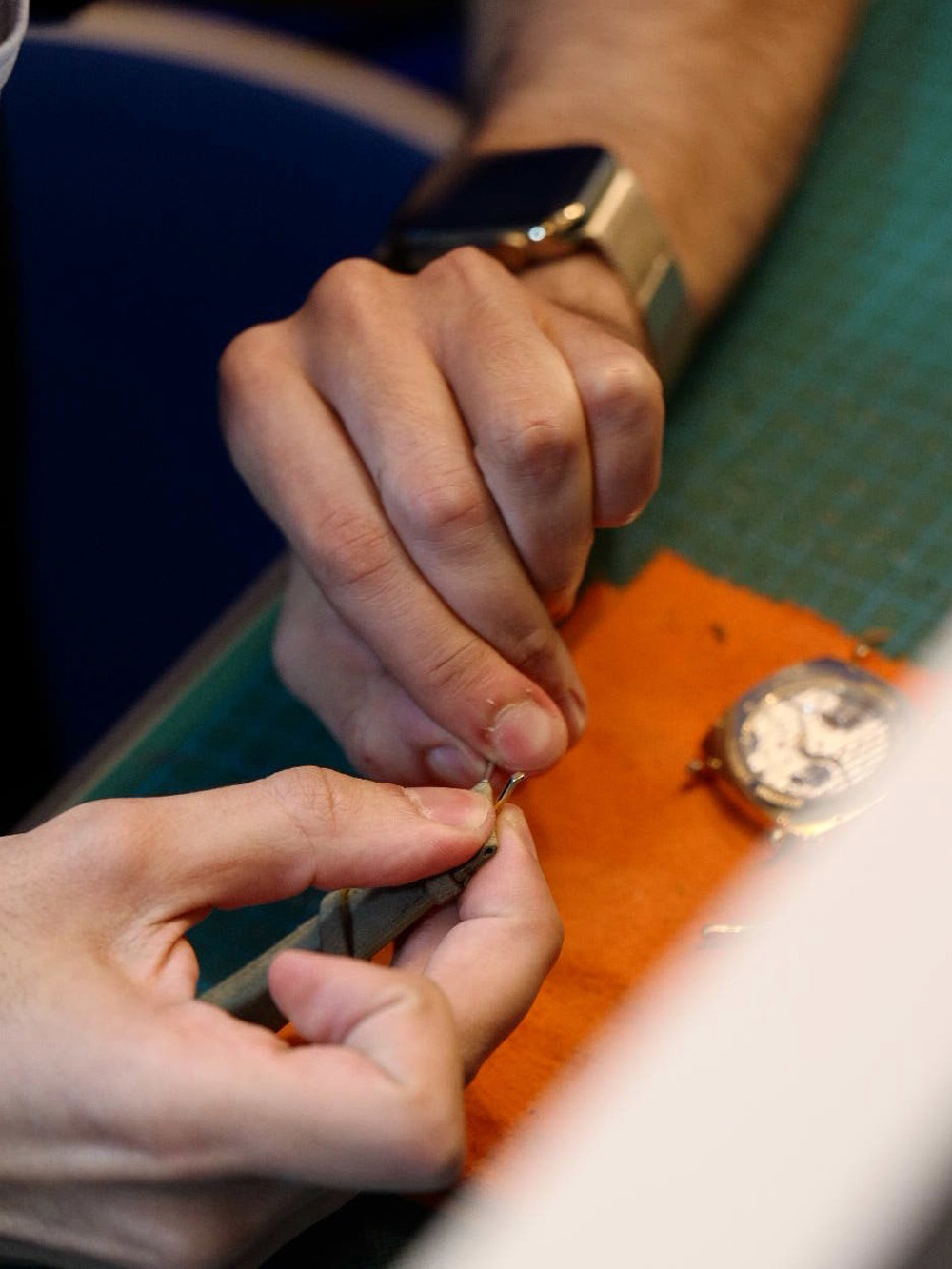 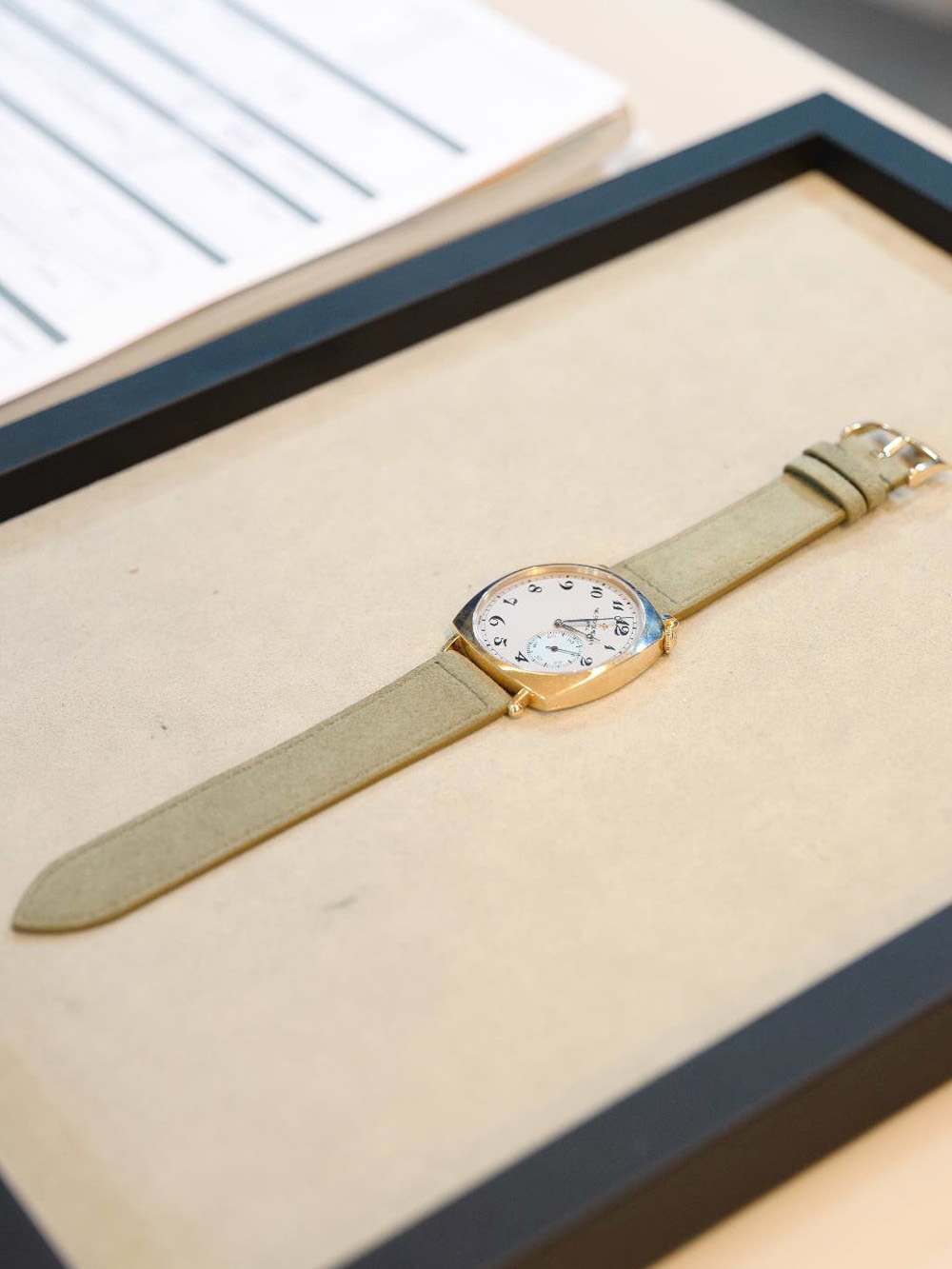 Once the material is selected, you move onto length of strap, where a wrist measurement is taken. Then the thickness: I prefer unpadded or at least very thin, just so they soften off quickly. Next up, there’s the stitching, for which I went vintage with a box finish.

Don’t worry though, we’re not done yet. You can even decide what you want for the underside of the strap (natural brown leather in my case) and the points (I always find the sharp, angular end fits nice and quick into a buckle). 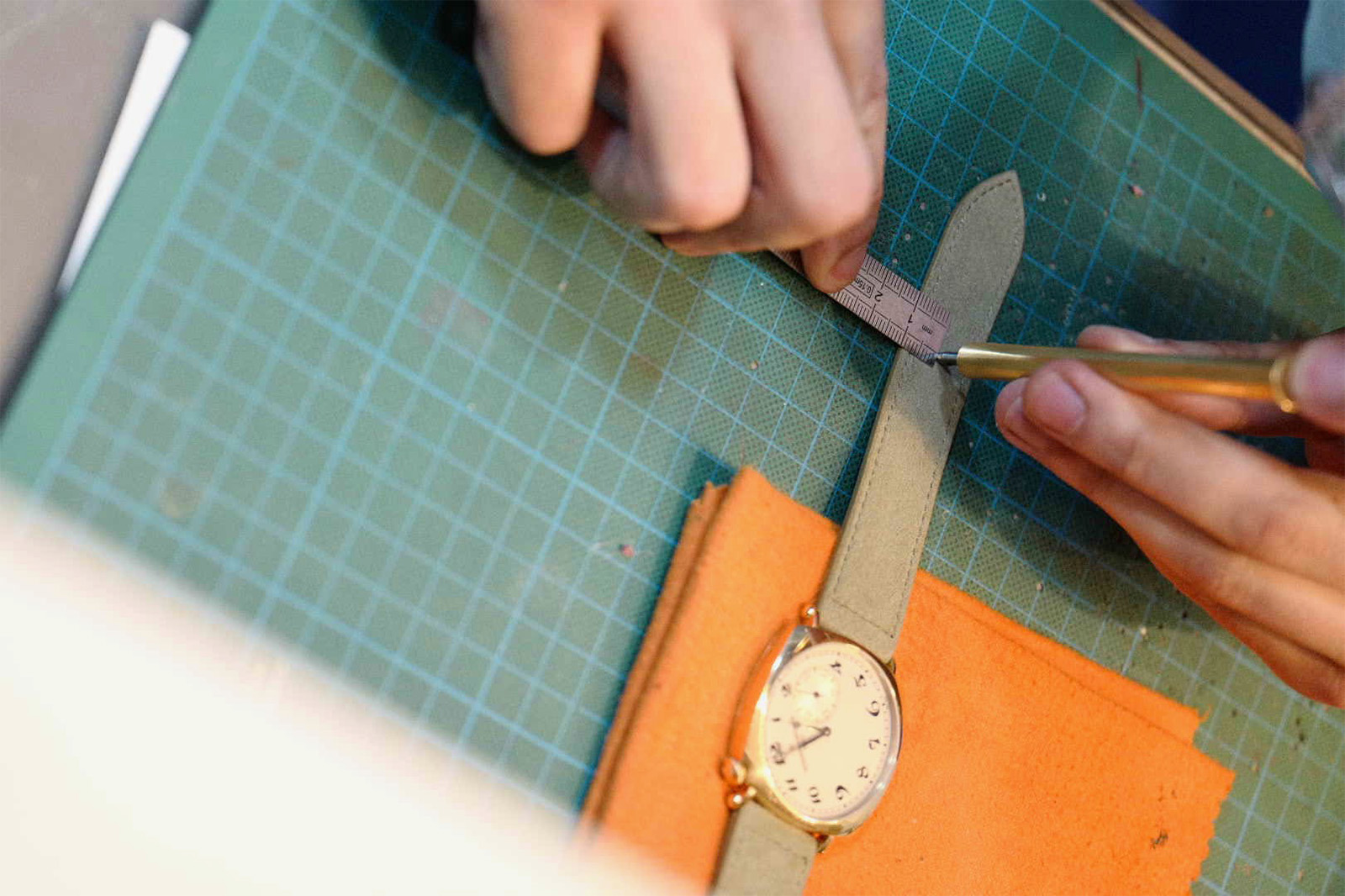 It took roughly 30 minutes for me to go through and decide on every aspect of my Jean Rousseau bespoke strap – and that’s me going in with a pretty solid idea of what I wanted. Otherwise, I likely would have spent the better part of a day trialling various combinations. Electric blue lizard maybe?

Heading back a few weeks later, you then have your singular hole punched in, the final bespoke touch to your newly perfected strap. Well, for one watch anyway. Down the line, I’d love to get another strap made for my Girard Perregeux Casquette; it too has unusual proportions that could do with the bespoke treatment.

It might not be a custom Superyacht, but next time someone glances at my watch I’m still going to jump at the opportunity to talk about the strap. And hey, wrist real estate is cheaper than a Marina.

Describing himself as “unreasonably optimistic and deeply curious”, multi-hyphenate creative Mr Justin Hast is a photographer, writer and consultant with an impressive portfolio of brands under his belt, including the likes of Drake’s, Leica, IWC and Asprey.